Like any great chart show, we all want to know the sales and to see what’s number one. After that, people may like to know what else is in the top ten, but being number one is what counts.

Batman, Issue 50. The wedding of Batman and Catwoman was July’s top selling comic book… by quite a margin.

Diamond U.S. distribute comics from every major company to retailers across the world, and it’s their collected data I am going from. You can find the complete table, with July’s top 500 right here.

In the month of July, Batman #50 sold 441,000~ copies. That’s forty per cent more than the number two spot. It’s really staggering by comparison, but something we should have seen coming. The wedding of Batman and Catwoman was something comics fans had been looking forward to for a very long time, and it drew hundreds of thousands of loyal fans to pluck many copies from the shelves. Not only that, the myriad exclusive covers drew many collectors to buy multiple versions of issue 50 in the month of July, just to assemble a great array of different covers. 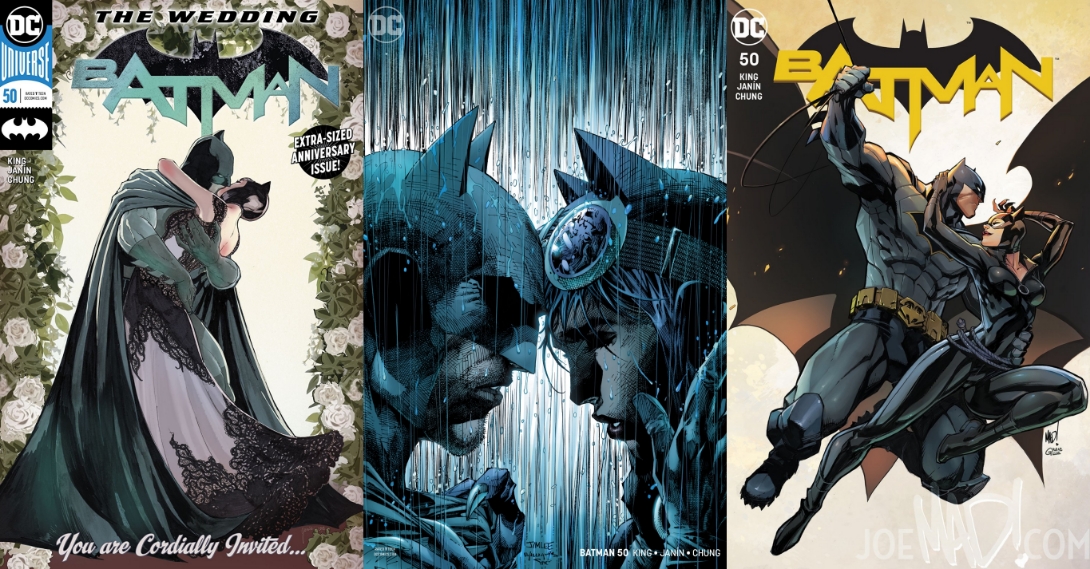 With the wedding topping the sales chart, it’s easy to forget about the rest of the top ten. DC occupies half of it!

Doomsday Clock #6 holds the bronze medal at 135,000~ copies sold. The epic story of the world after the events of Watchmen has gripped readers for a long time.

Keeping DC firmly in the top eight, but their last appearance in the top ten was Batman #51 with 112,000 sales. It’s easy to understand why 51 didn’t shine quite as bright as 50 did. The calm comes after the emotional storm, and many fans might have wanted to recover.

DC did very well for a big month in comics, and here’s to hoping that this reign will continue.