Review: Injustice vs. Masters of the Universe Issues #1-#2 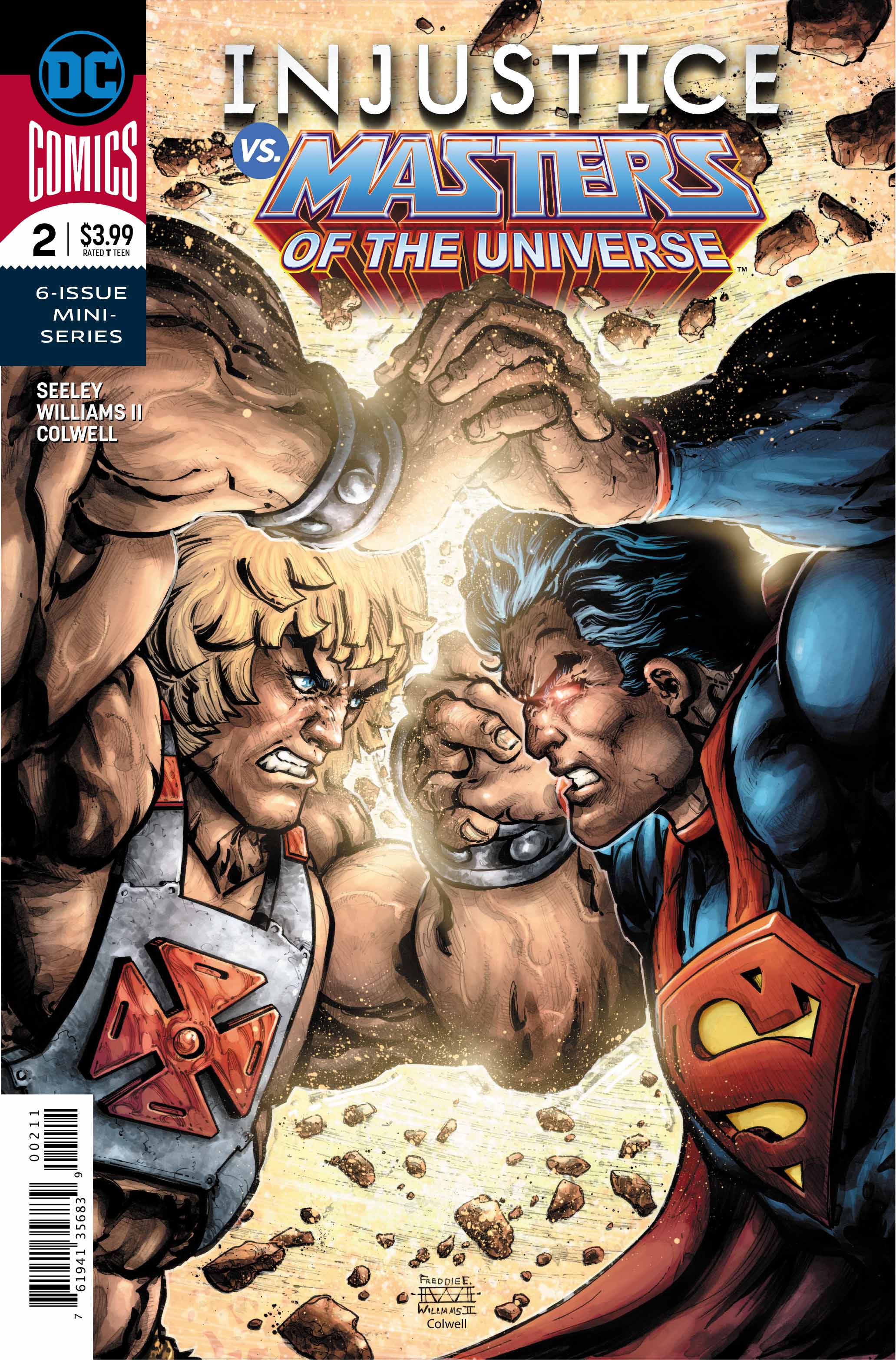 Welcome to Eternia, home to Prince Adam (He-Man) and the rest of his people. We enter this story as one usually does, in the middle of a fight and we are re-introduced to the characters we fondly remember. This introduction catches us up on the Masters Of The Universe storyline before being introduced to the Injustice side of the story.

When Zatanna (squeee!) and Swamp Thing grab Prince Adam, Batman illuminates just what is going on on Earth. After the tragic death of his wife and daughter in the vein of God of War, Superman loses his mind killing the mastermind behind it all, The Joker. From there he begins a reign of terror over the citizens of Earth, imposing his will in a dictatorship like none seen before. Even villains who he had beaten and caught are re-programmed thanks to tech from Brainiac himself, causing them to be psychic police, in a world where even your thoughts can get you in trouble. 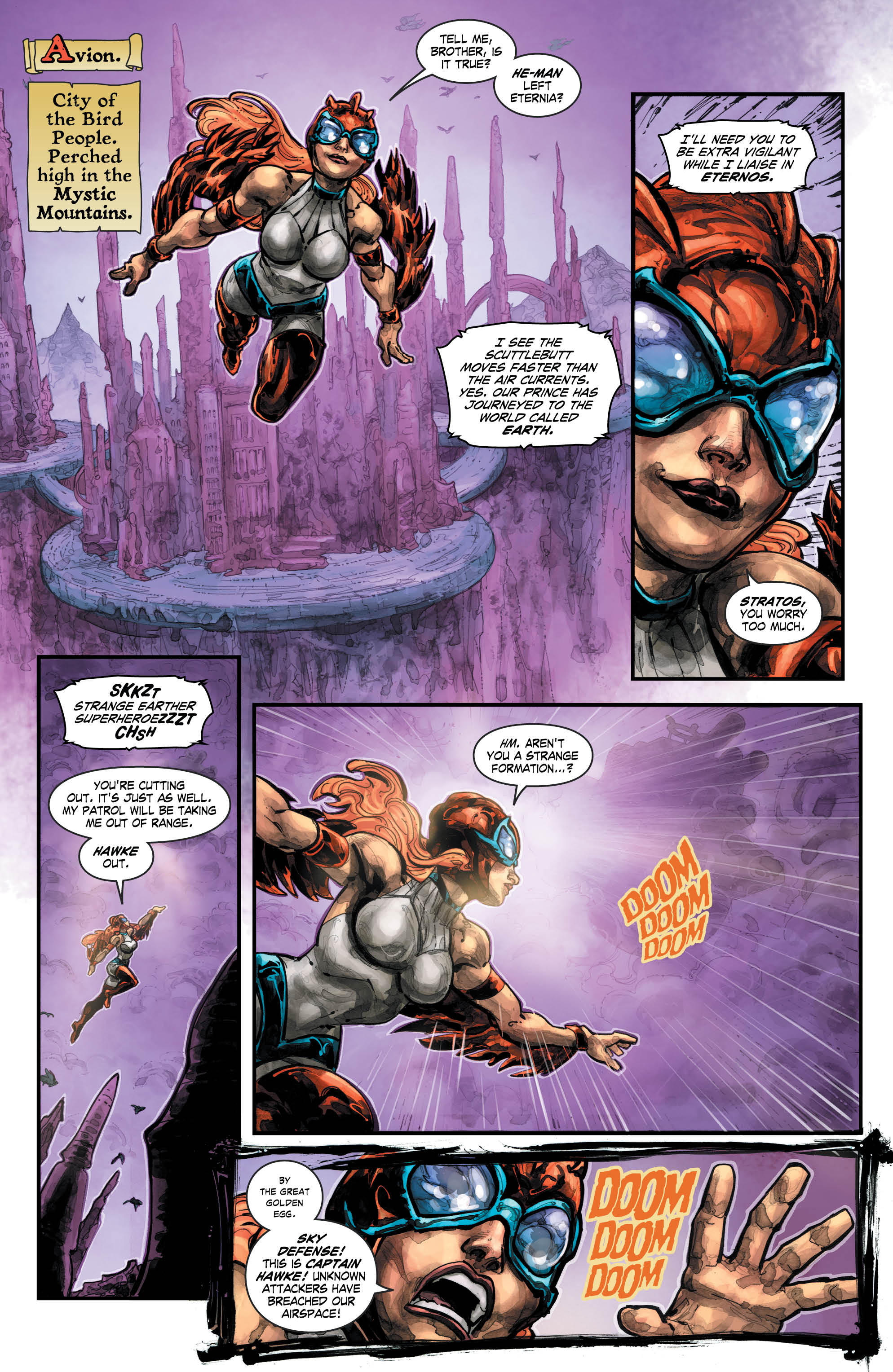 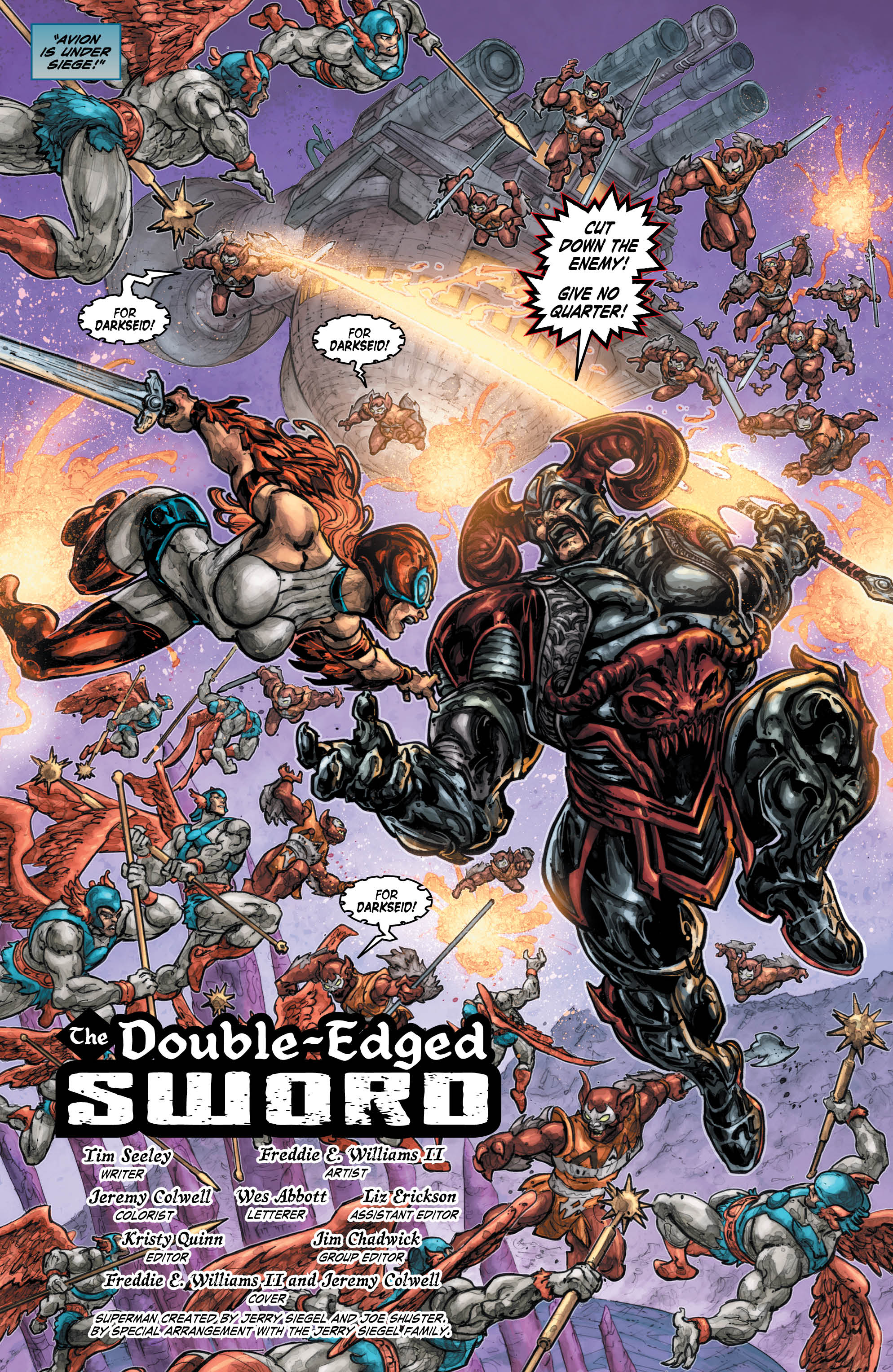 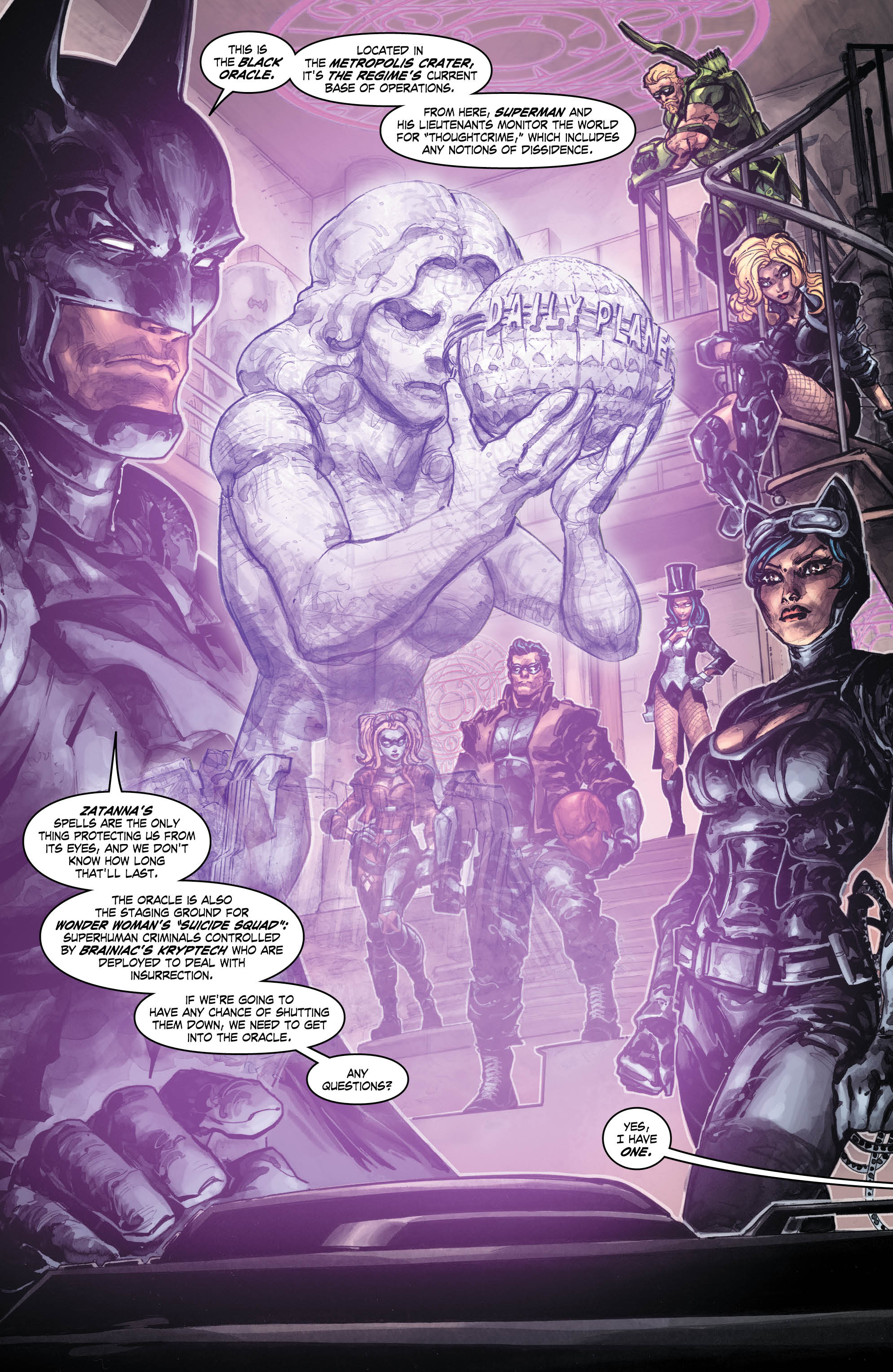 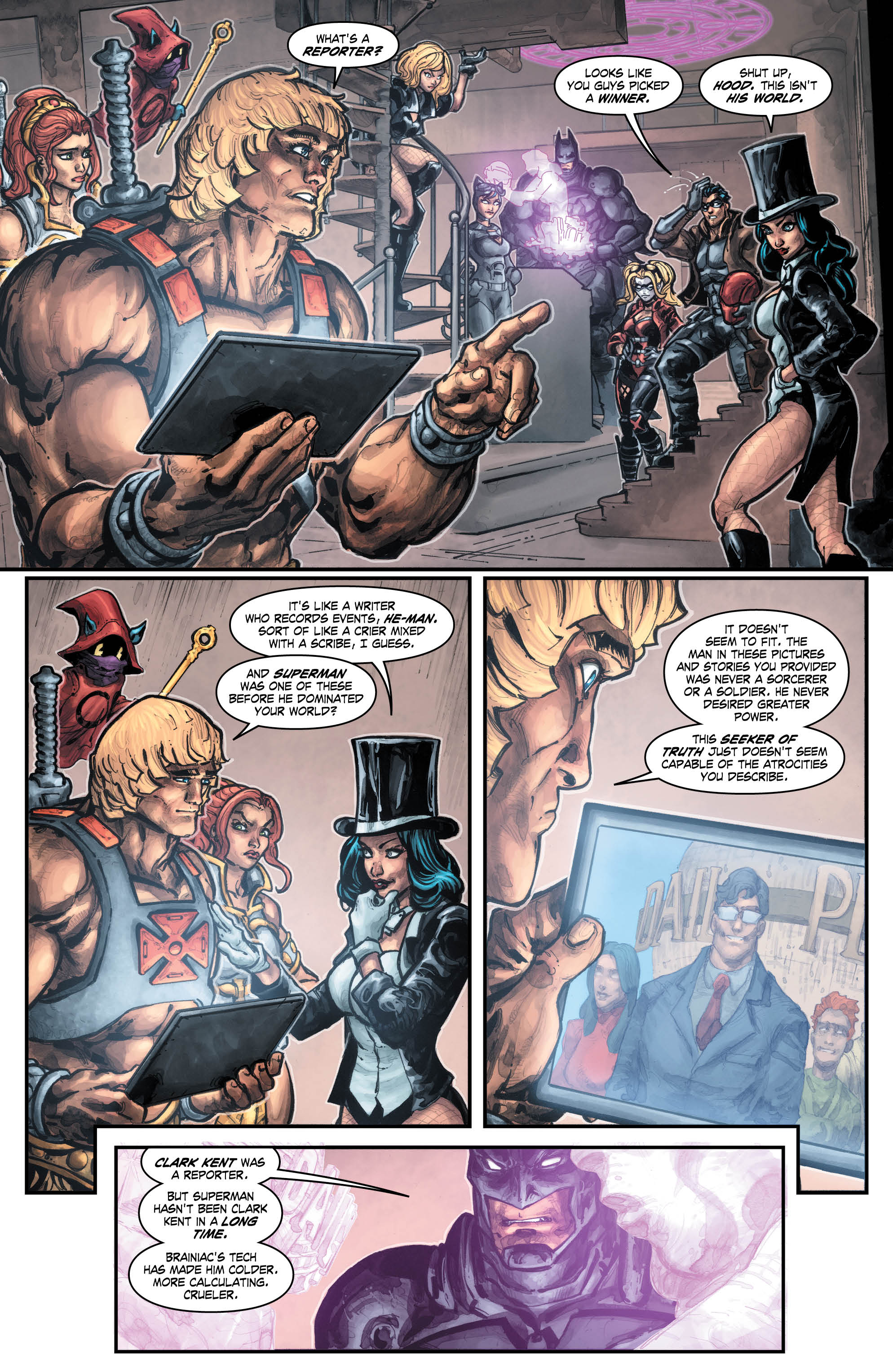 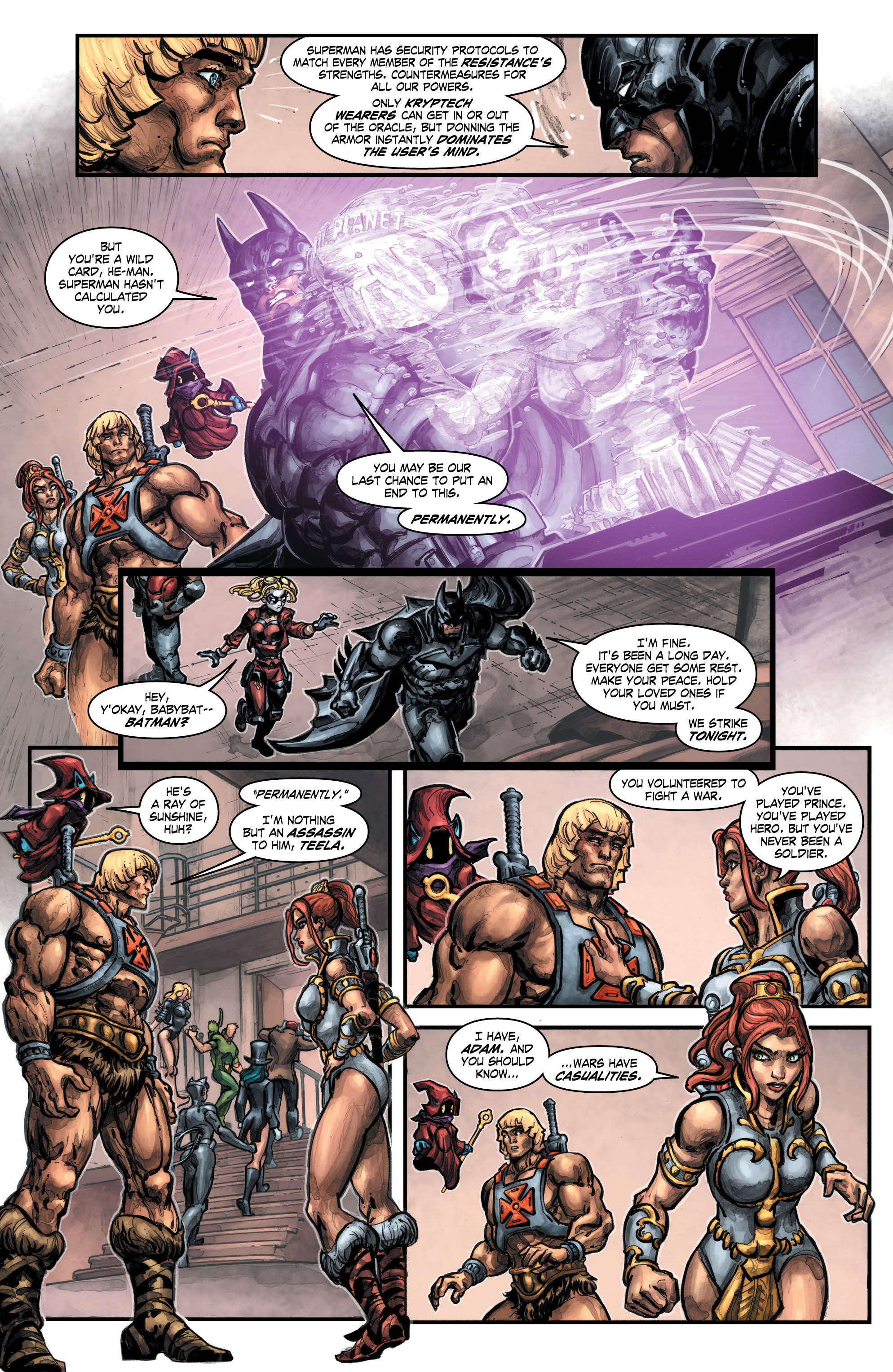 By the Power of GreySkull!

Guys I won’t lie, I was not sure I was going to like this series. Don’t get me wrong, I have love not only for the Injustice game but also for the whole of the He-man Universe, but the thought of putting these two together boggled my head. I had to see how this would play out as a series.

It truly works and even has a taste of the classic Marvel vs. DC notes. wonderfully book is wonderful to read and enjoyable to the eye with its almost painted style of artwork. Between the writing of Tim Seeley, who is a genius with his heartfelt scenes among other things, the breathtaking art of Freddie E. Williams II and colors by the immensely talented Jeremy Colwell help bring everything to life.

I am excited to see where this series will lead; already hooked I wait to see just what lies in store when former heroes work with the likes of Skeletor. Have you guys had a chance to catch issues 1 and 2? What are your thoughts so far? For me it’s a: