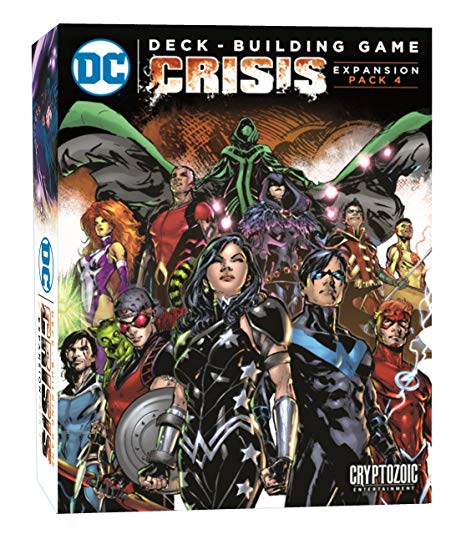 There are a few new features in this expansion pack, Matt Dunn, the game’s lead designer had this to say about one of them;

Personal Crisis are a new twist we wanted to explore after the world-altering Crisis of the previous three expansions. DC’s Teen Titans stories have always explored the relationships as much as crime-fighting, and that is reflected in the up-close-and-personal nature of the Crisis effects in this set.

Personal Crisis will affect players individually, but can be resolved through other players helping out. Teamwork is a massive part of this expansion, which is evident with the new Unity keyword. When a Unity card is played, not only will the player get the benefits of that card, but also of any Unity card in play.