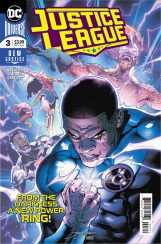 A few short weeks ago John Stewart paid a visit to his comrades at the Hall of Justice, but he didn’t come in his usual, standard issue Green Lantern Corps uniform. He arrived wearing an altered version, complete with a new power ring.

The story picks up with John unleashing the power of invisible Ultraviolet light; an energy not controlled by will, but a light powered by the wearer’s own emotion and desires.

Elsewhere, J’onn and Clark (with Kendra and Bruce respectively inside each of them) tend with the Totality. They arrive closer to the Source Wall with some complications. We found out in issue one that Clark has a stowaway inside of his body. But who is that lurking in the shadows inside of J’onn’s body? He has a chalky complexion and a bloody red smile. It must be Pennywise! No. We know it’s the Joker. 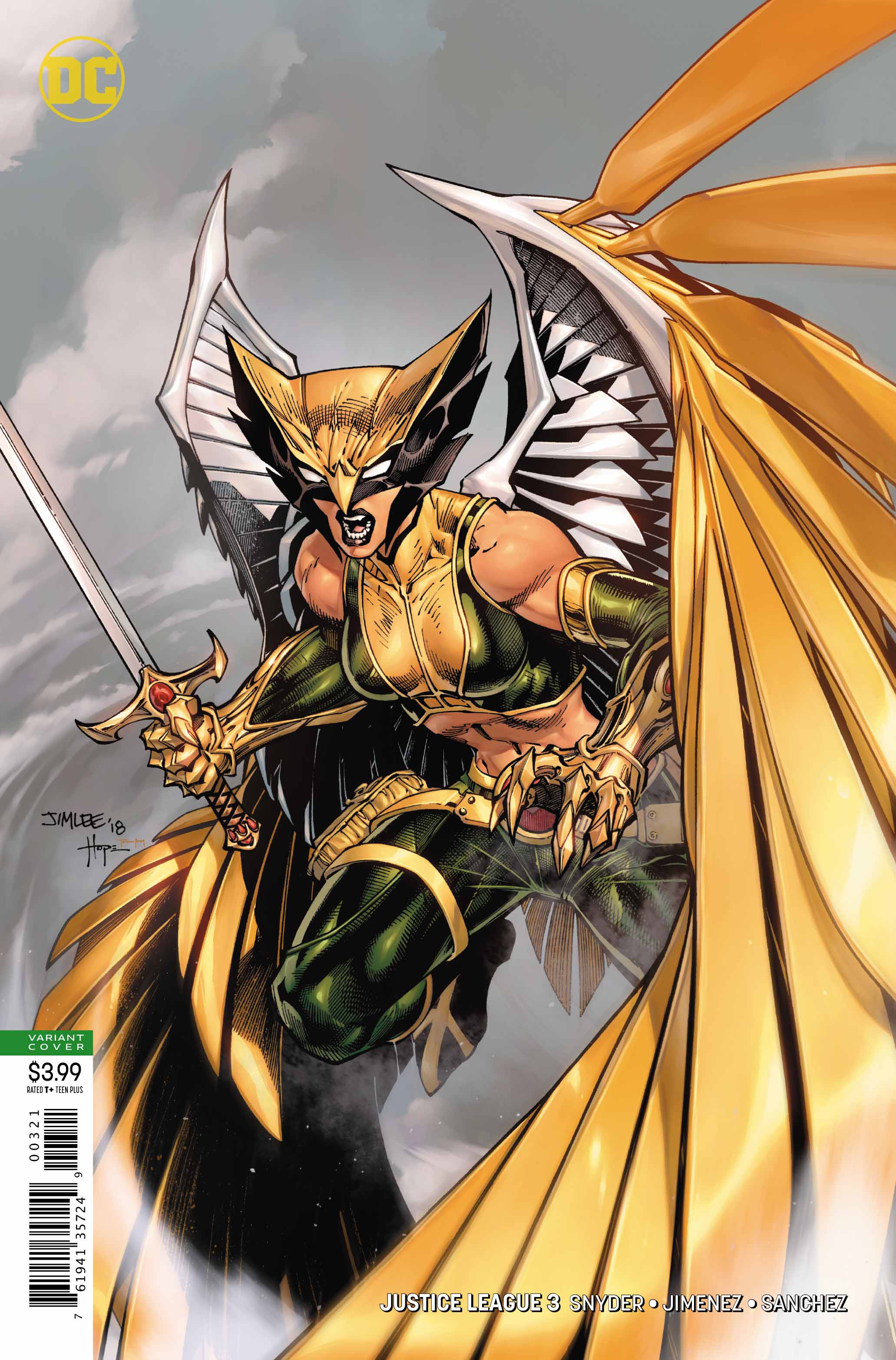 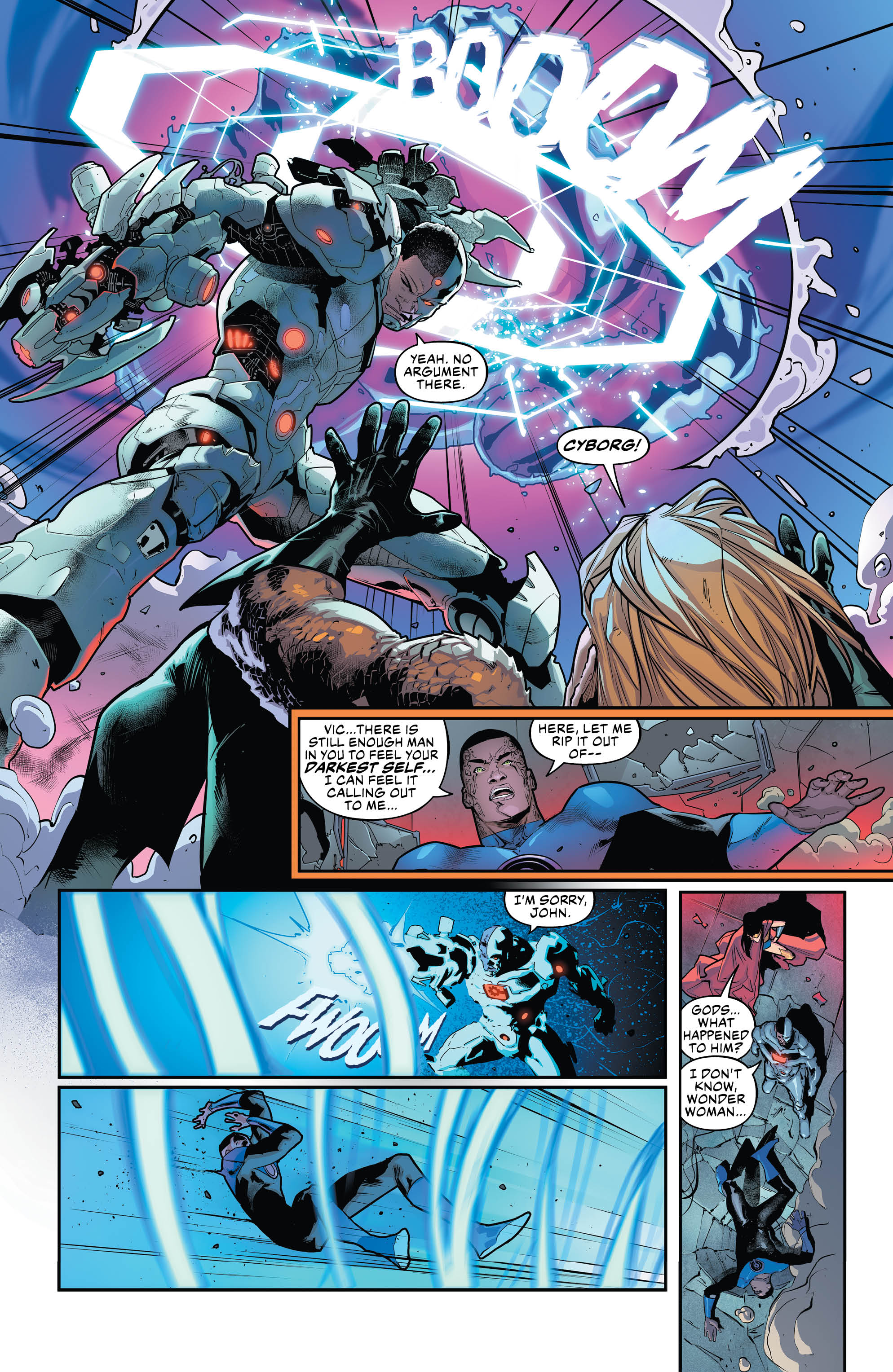 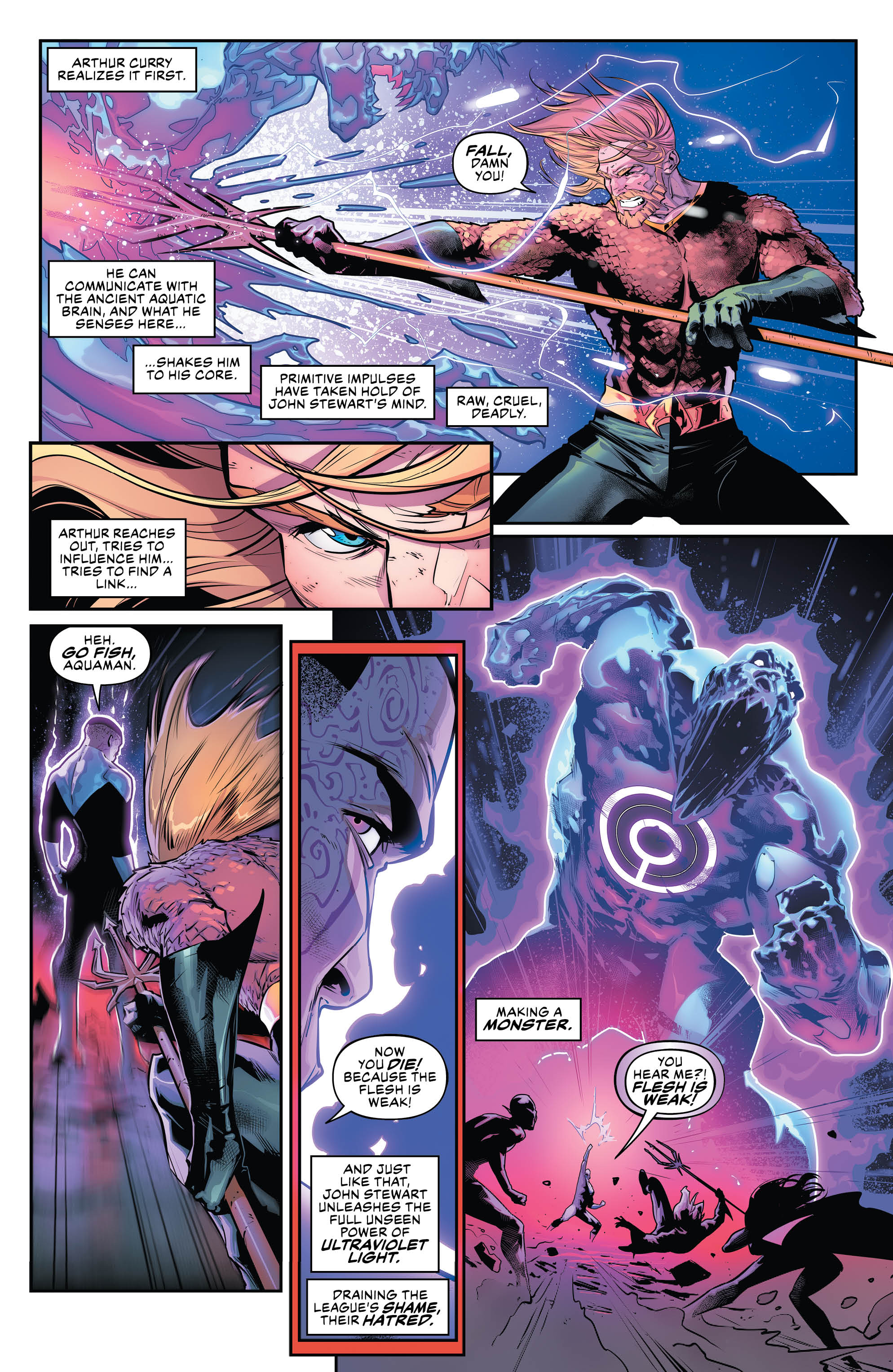 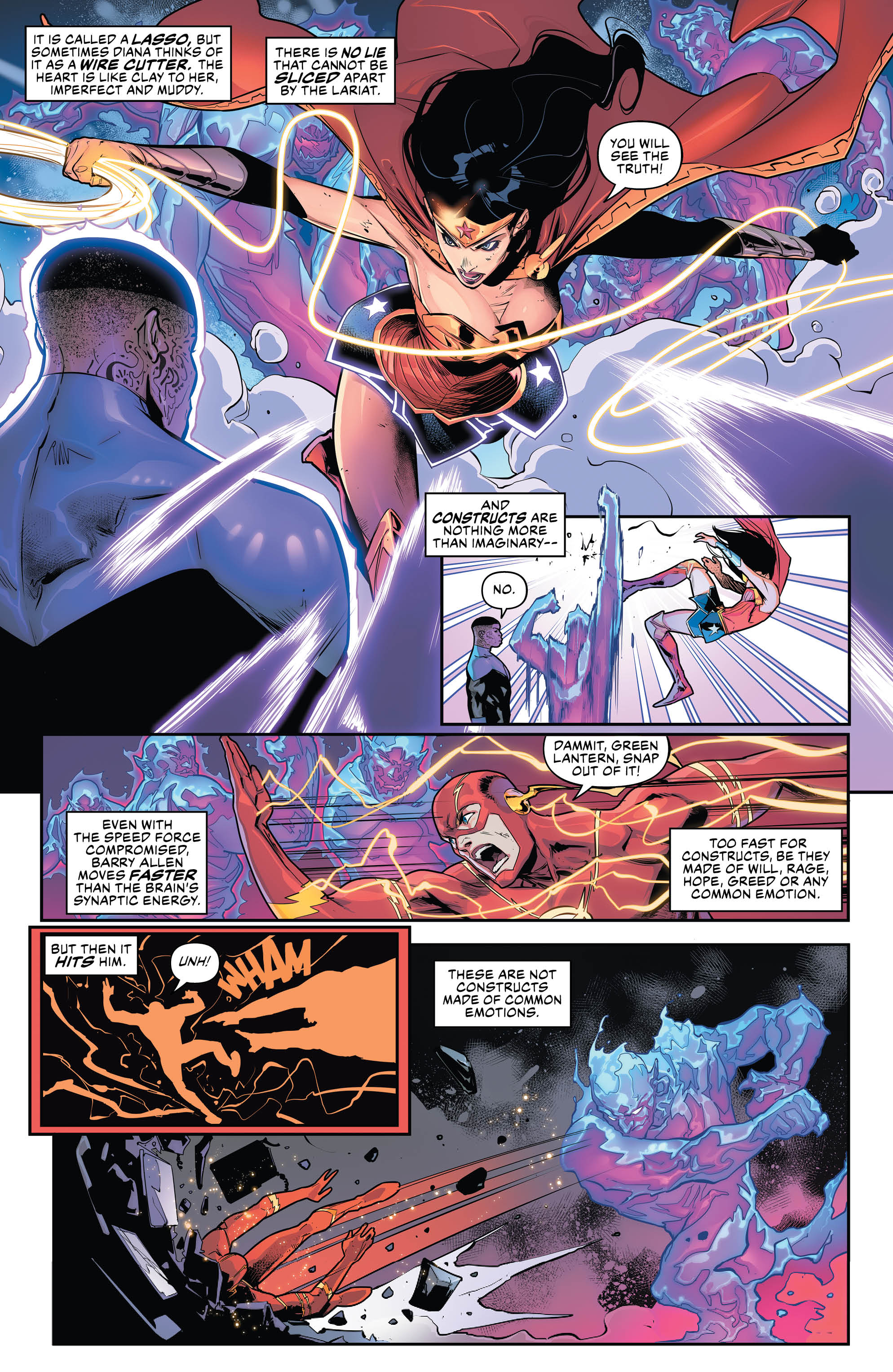 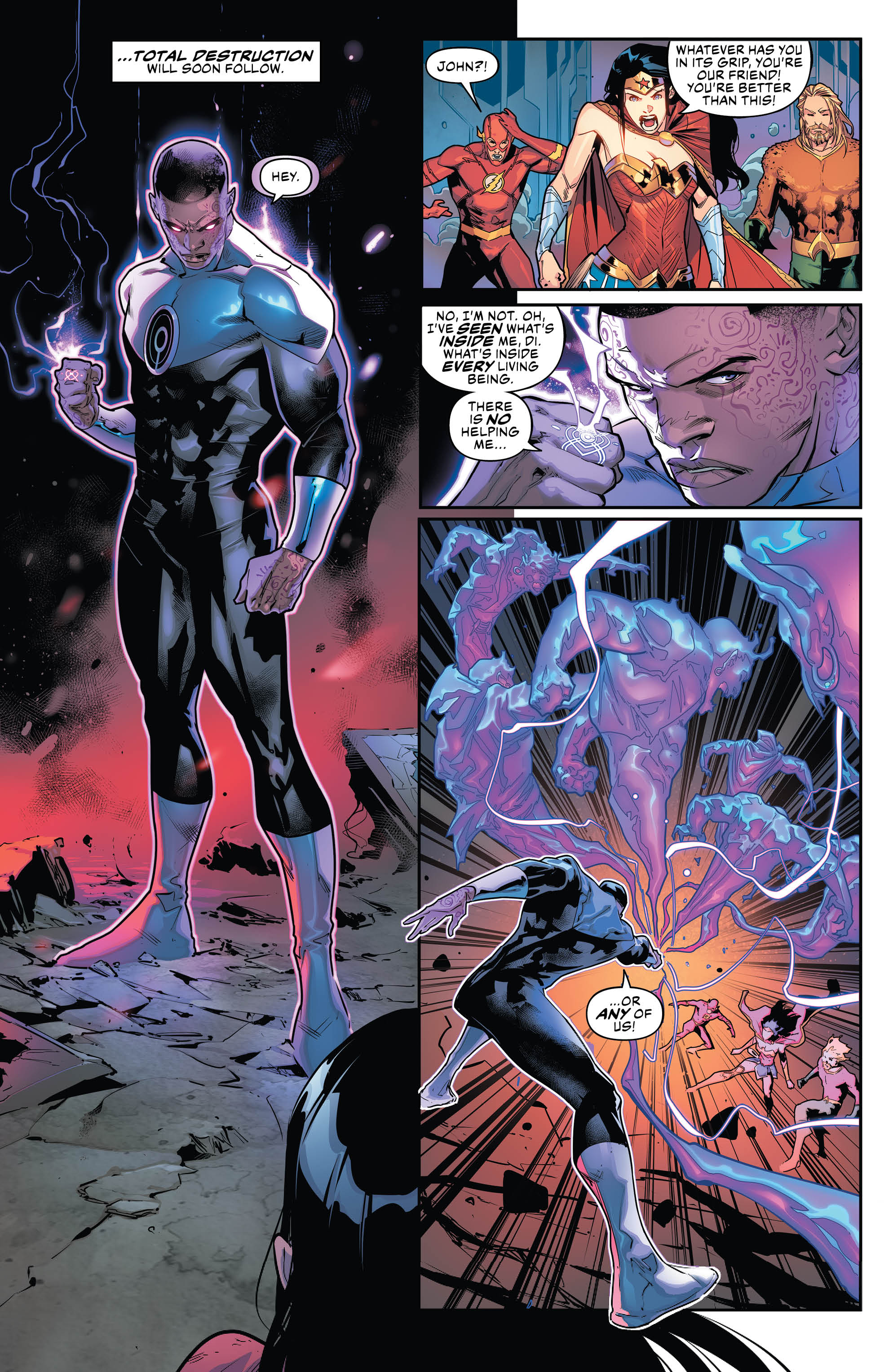 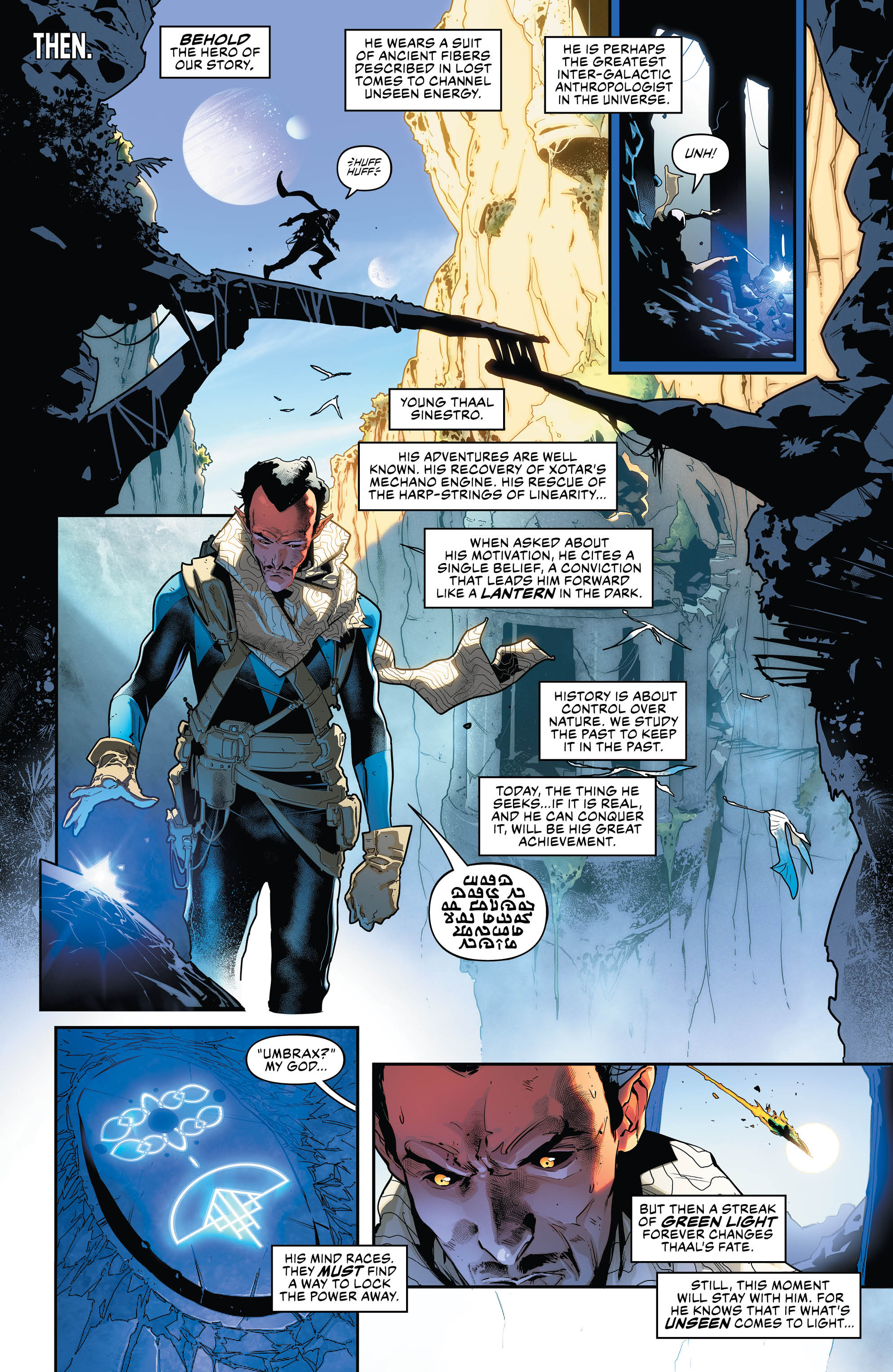 Scott Snyder has given us a summer blockbuster of epic proportions. The only difference is that this story plays out on the pages of a comic book and not the big screen. You have the intrepid, self-deputized explorers set out to save the planet from impending doom, but around every corner, there is a suspenseful moment where you find yourself yelling “Go back!”

There are so many layers to this onion; there’s no telling what will happen next. And that is the best kind of story. One that will keep you guessing until the last minute.

Jorge Jiménez sets each scene with a neverending palette of hues. As an artist (nowhere in his league [pun unintended]), I am curious to learn his creative process for creating the scenes featuring the Ultraviolet Corps. However he came up with the concept, it works.

Where will the adventures of the Justice League take us next with the Totality? We will have to wait a couple of weeks to find out.