“The Cursing Of Gotham City” 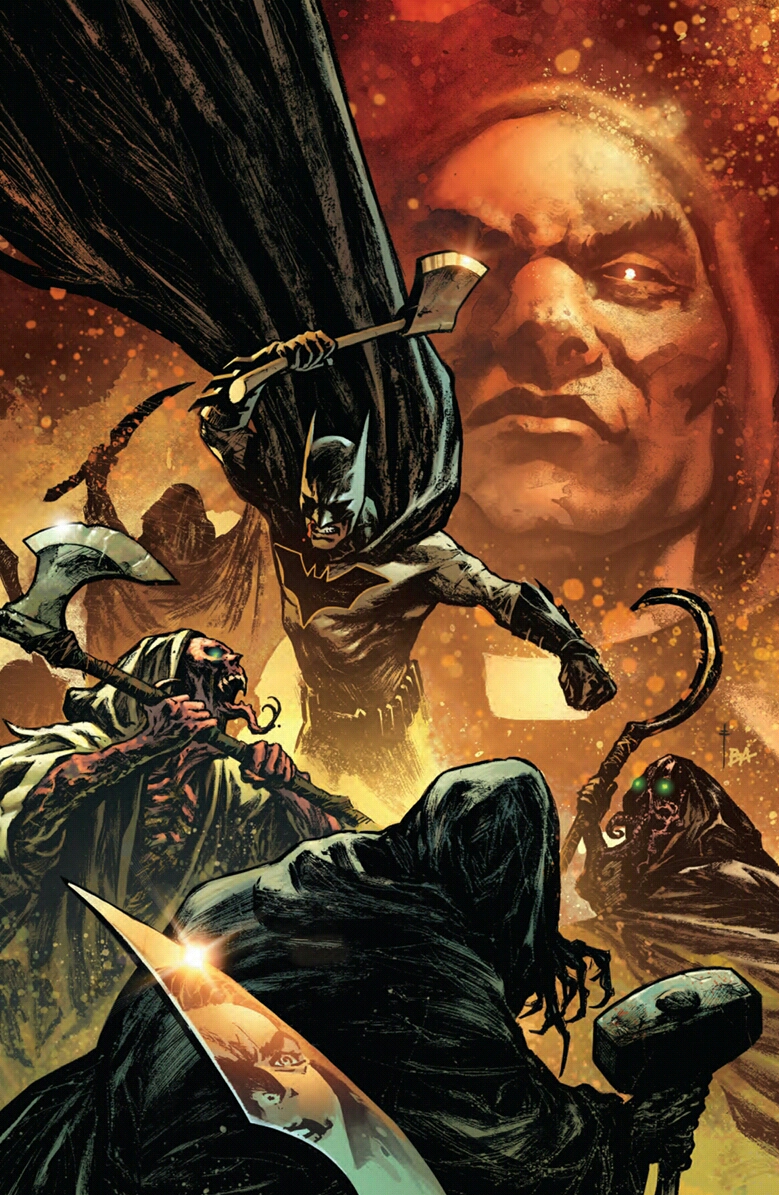 It’s no secret that I like my Batman dark. A figure of fear in a city of terror, for me that’s the way the Dark Knight works best. This issue is dark… and then some! Welcome to “The Cursing Of Gotham City” featuring the return of Deacon Blackfire.

I was around when this vintage villain was introduced, in the classic Batman: The Cult mini-series waaaay back in 1988. I think it’s brilliant timing by a terrific writer to bring this baddie back 30 years on.

The homeless, the forgotten, kidnapped children and primal fears, they’re all here in this single issue ghost story… and I love it. 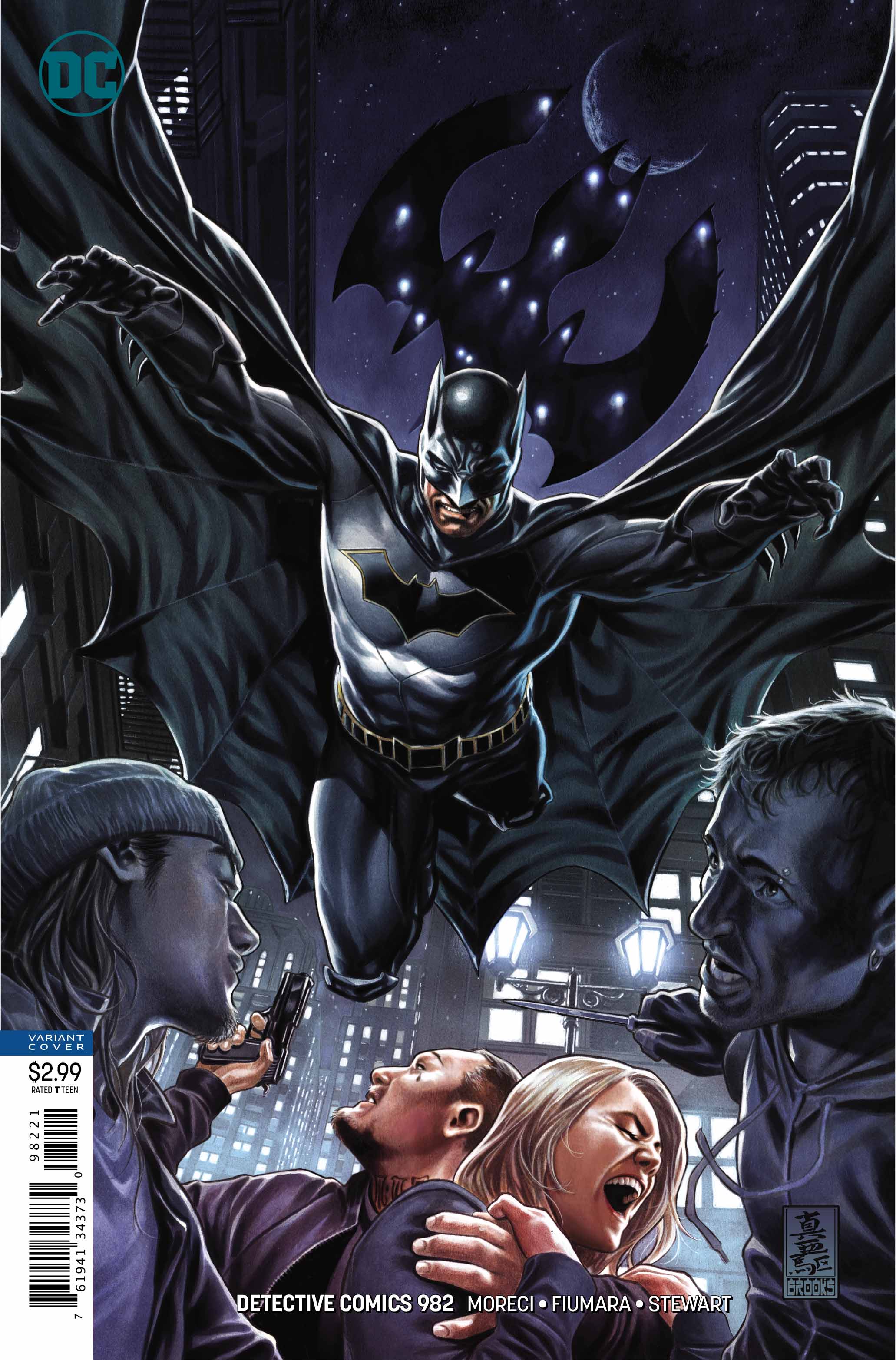 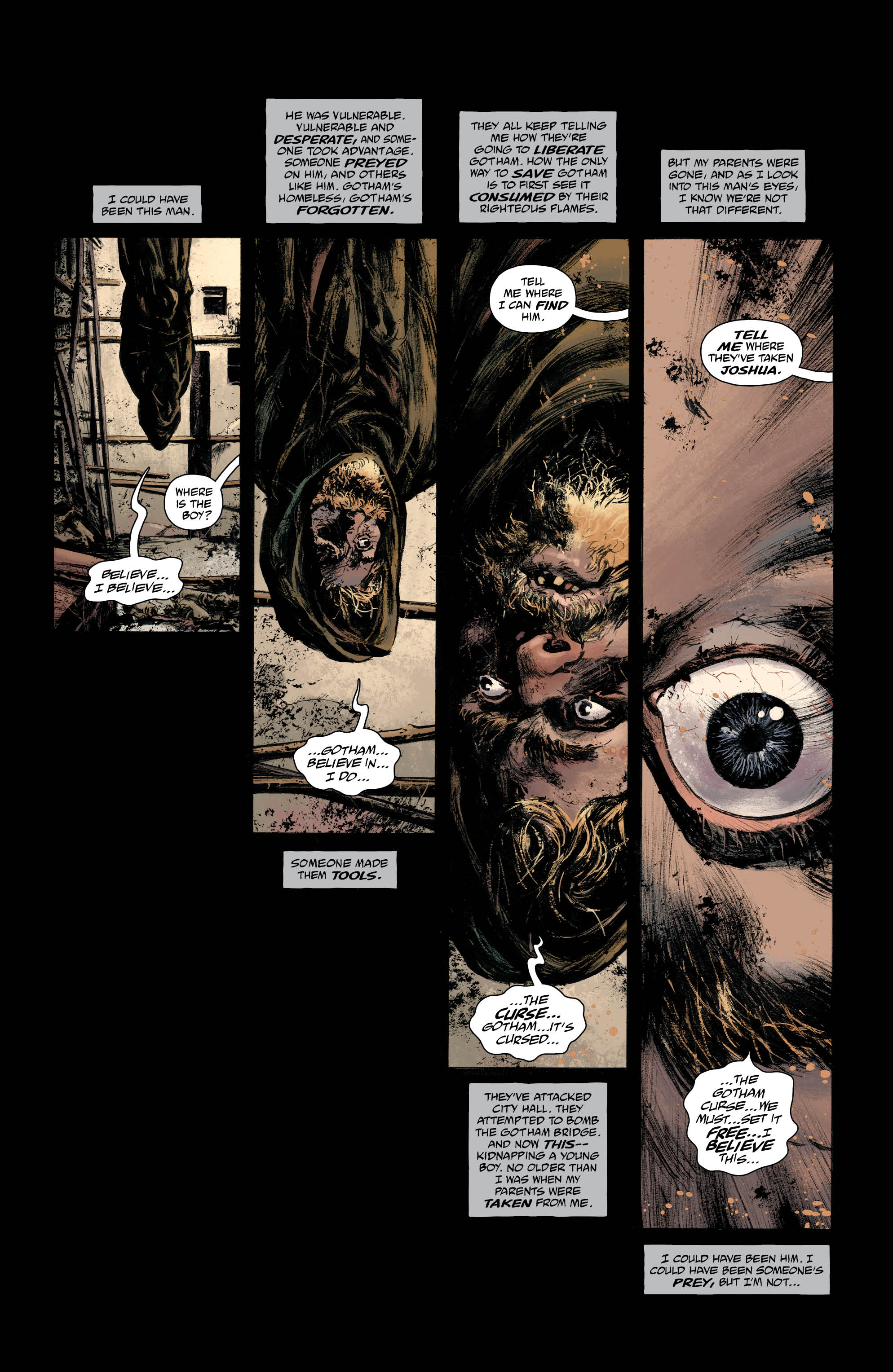 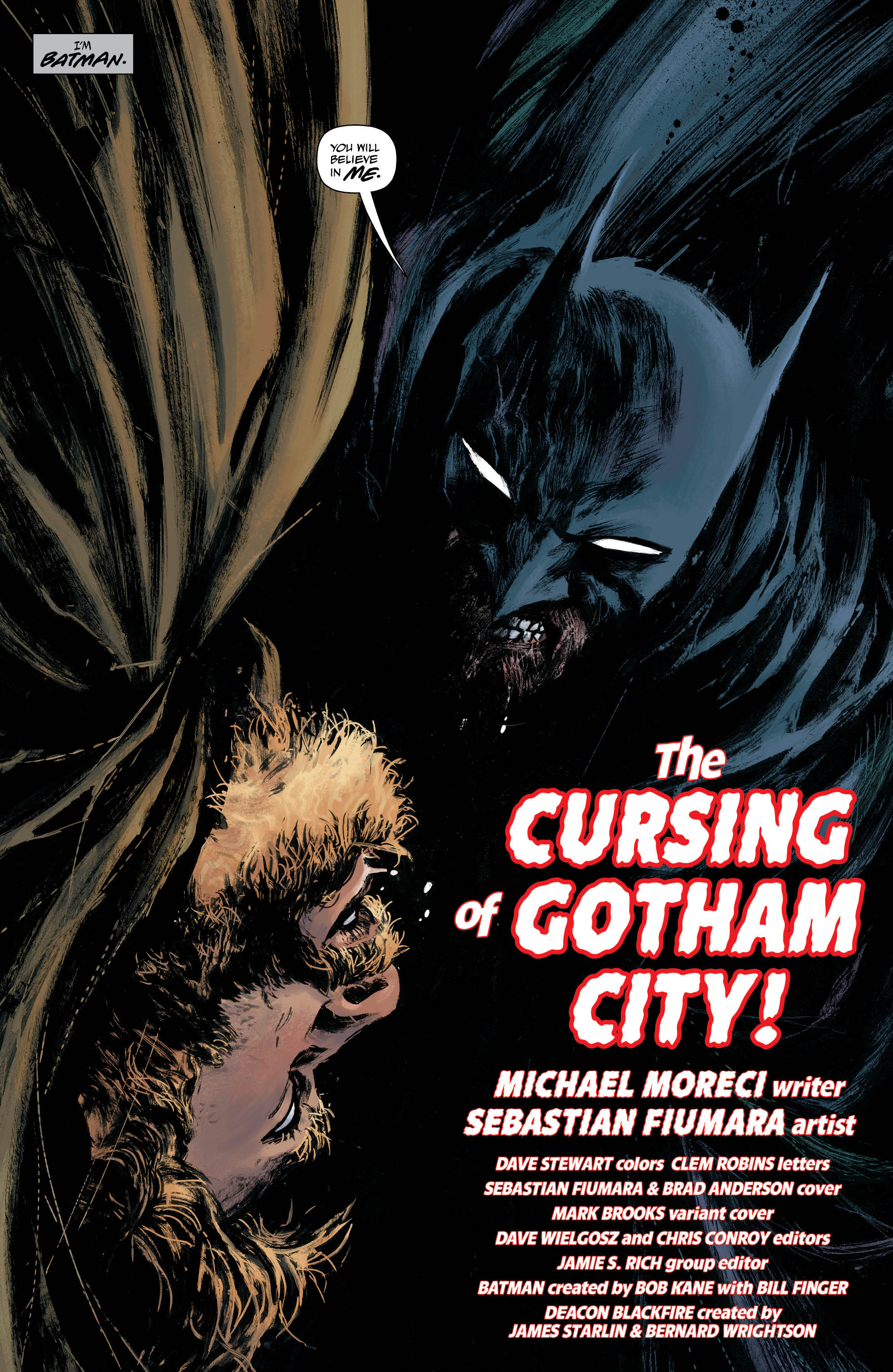 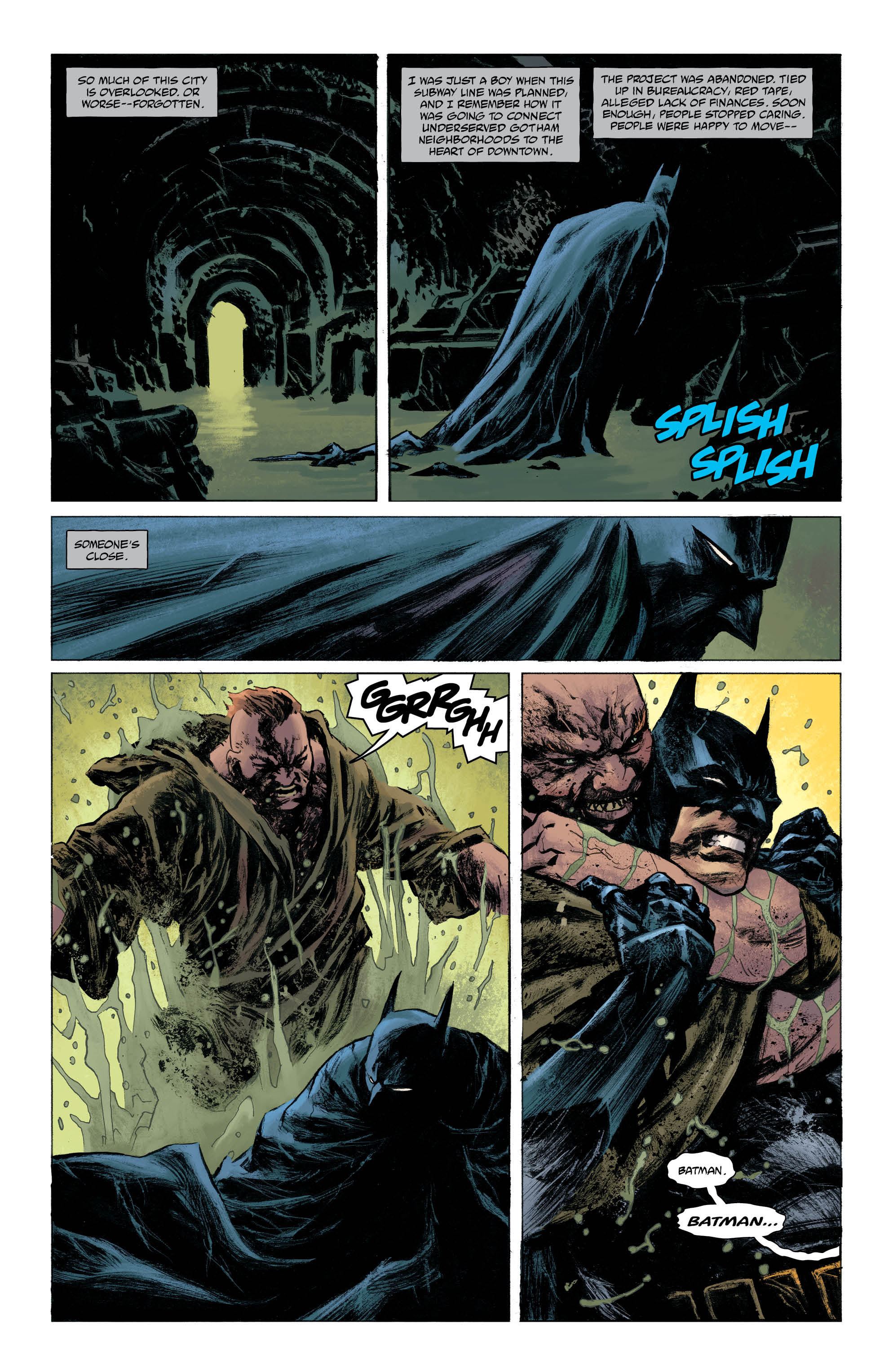 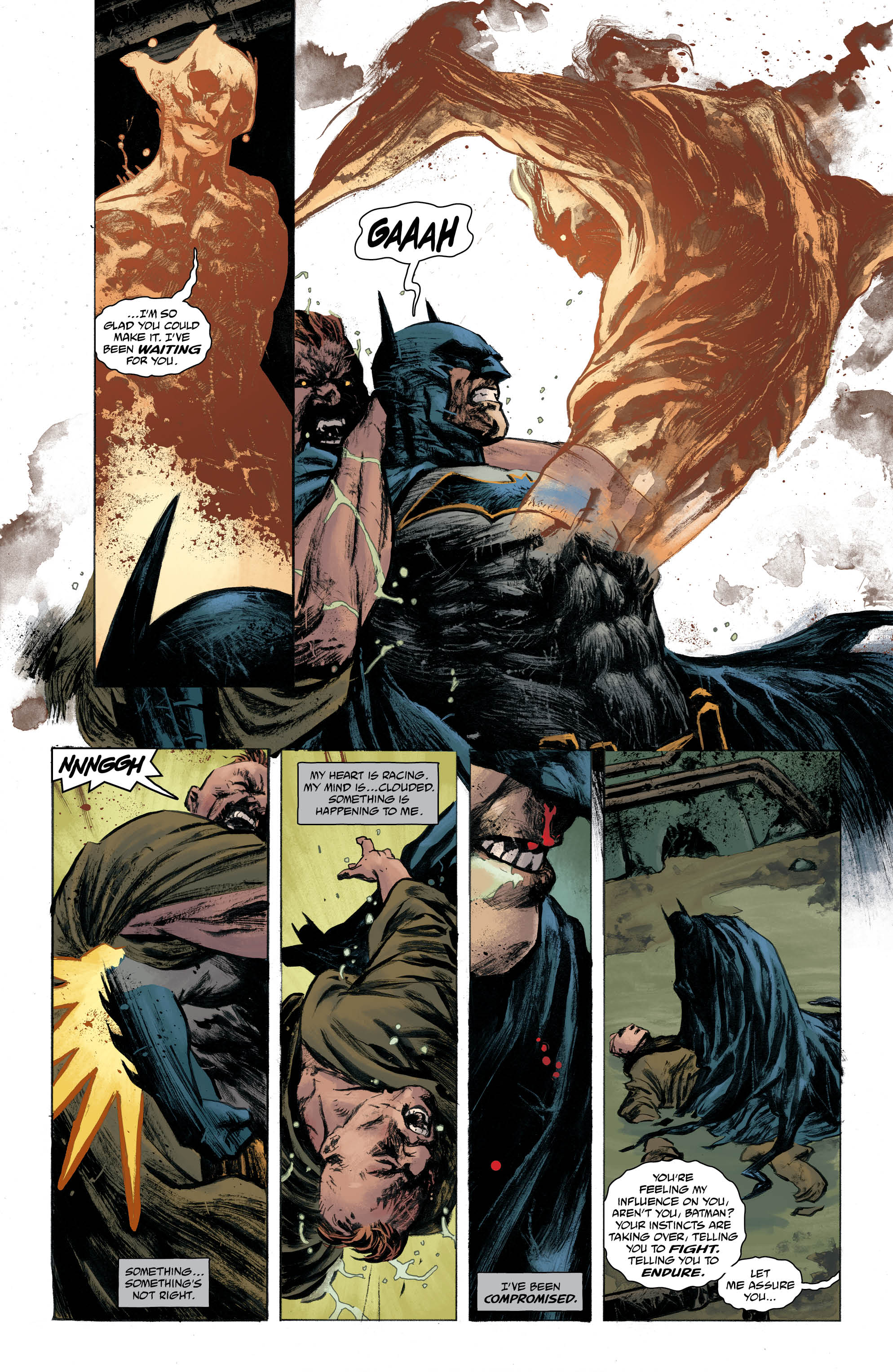 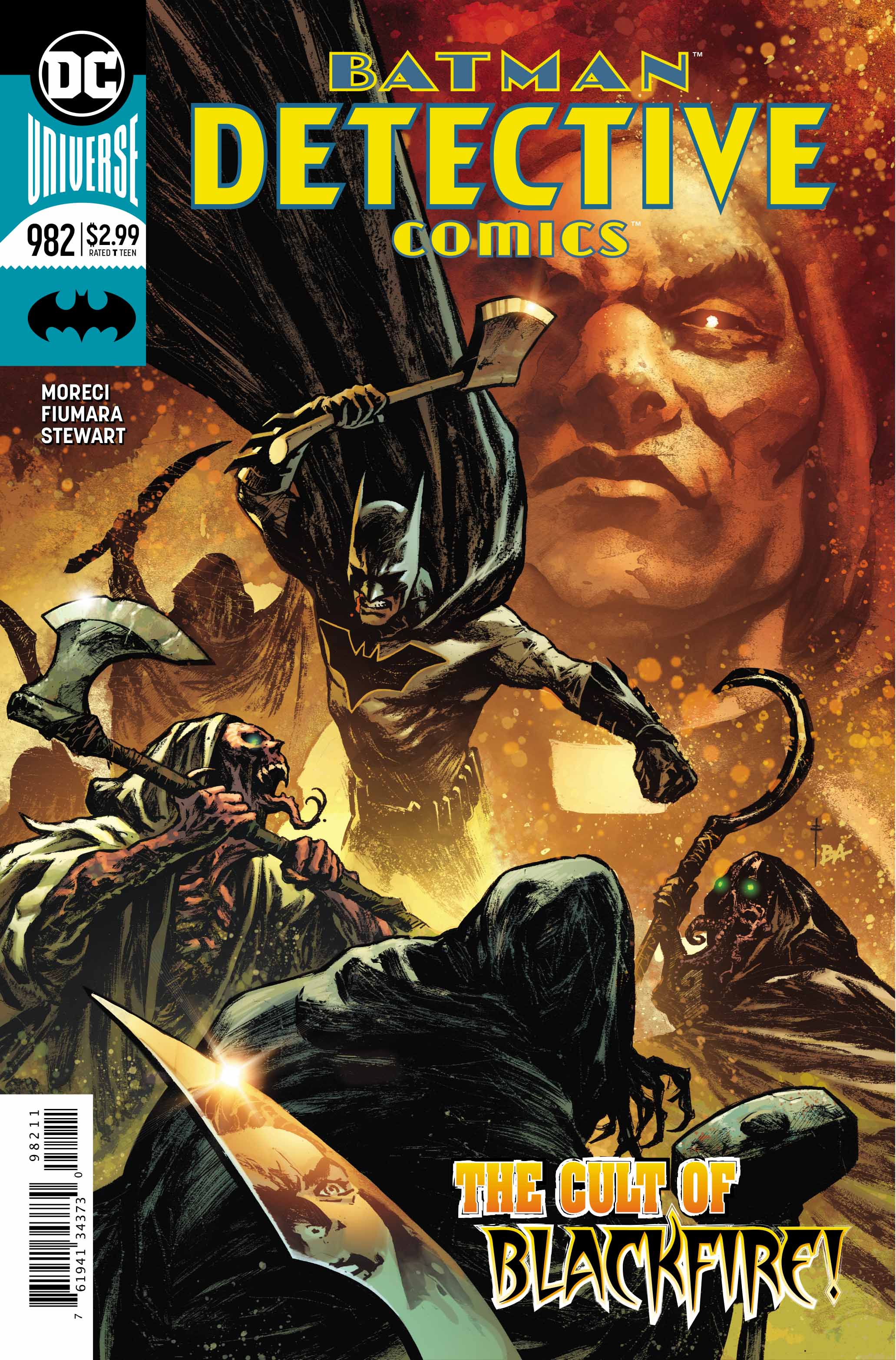 Mr. Moreci’s script is beautifully illustrated, or darkly illuminated, by the stunning art of Sebastián Fiumara. It’s light years away from anything that’s appeared in the pages of Detective Comics since the excellent Doug Moench / Kelley Jones run of issues 515 – 536, back in the 1990s.

Reading this issue took me back to the old EC Comics horror books of the 50s. It reminded me of Bernie Wrightson’s Frankenstein, and titles like DCs House Of Mystery. In places it even evoked the same feelings that the greatest DC horror series ever used to: Alan Moore’s Swamp Thing, when drawn by legendary talents like Steve Bissette and John Totleben or Rick Veitch and Alfredo Alcala. Anyone who’s read any of these books know that this is high praise indeed. Mr. Fiumara deserves it, as his work on this issue is simply stellar. Comics veteran Dave Stewart’s colors enhance the art to levels that left me diving back into the book again, and again.

The only negative I can give is that we only got one issue. Michael Moreci is a phenomenal writer, but I felt that this story deserved to be more than just a one off. The pacing was great and the plot flowed, but I still felt that the writer had been forced to cram what could easily have been – and truly deserved to be – a three or four issue arc into one standalone story.

What I will say, though, is that I don’t think anyone else could have done it any better.