In what seems to be our weekly, and often times daily, inside scoop of the DC cinematic universe from Zack Snyder via Vero, we have been given our newest update.

One of the biggest complaints from Batman v Superman was Snyder’s use of the creature known as Doomsday. Best known for killing Superman in the 90’s story The Death of Superman, Snyder’s interpretation of the character was an abomination made from General Zod’s dead body brought to life by Lex Luthor.

The creature we got looked almost nothing like the Doomsday from the comics and was made fun of for looking like a cave troll from The Lord of the Rings. Although the creature and Superman do kill each other, like in the comics, it left many fans unsatisfied. 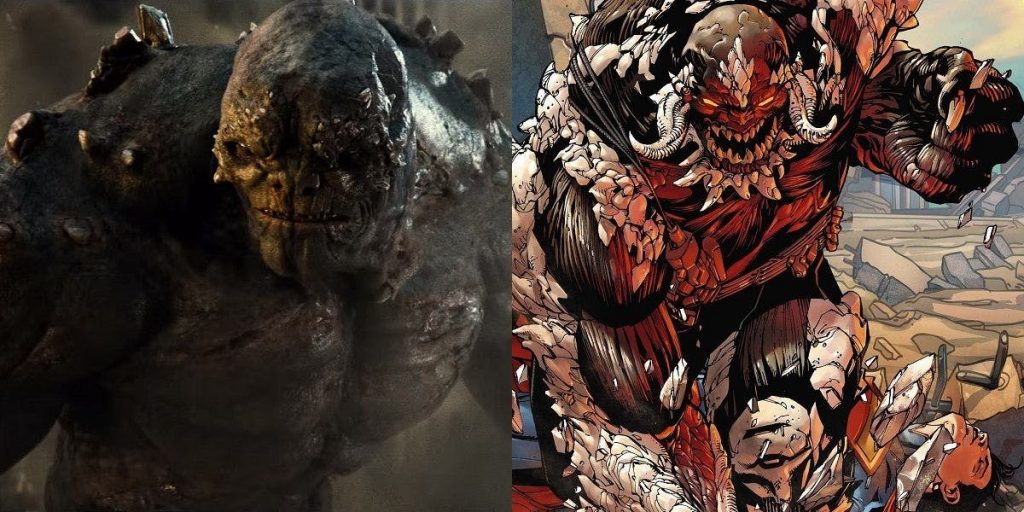 However, as with most of Snyder’s work on Man of Steel and BvS, there were more hidden layers baked into the story.

When Lex first enters the Kryptonian ship in the film, we learn that the procedure he was about to perform to create Doomsday has been done before and has been forbidden by the Council of Krypton. When a fan asked Zack Snyder if this means there were other Doomsday-like creatures made, he replied:

“Yes, the real Doomsday is out there still.”

In the comics, Doomsday was created by a Kryptonian scientist named Bertron, who wanted to create a living weapon by abusing and murdering the creature over and over again, then using its biological material to create a clone and do it all over again.

In the special features of Man of Steel‘s home release, there is a documentary to learn about more about Krypton. One one of the things the documentary does is translate the Kryptonian language found in data that was on the scout ship Clark finds in the film (and where Lex will later create the creature in BvS).

One of the translated pieces of data says “Beware Bertron’s curse, for he is named Doomsday.” When Lex was gathering information on the ship, he must’ve come across this data and learned about the experiment, which prompted him to create his version of Doomsday to try and kill Superman.

So using the Bertron Easter Egg from Man of Steel combined with the Kryptonian ship telling Lex his experiment is forbidden thus hinting it has been done before, Snyder saying that Doomsday is still “out there” must mean that he was planning on using the real creature at some point in his five film plan.

There you have it haters of the Doomsday we got in Batman v Superman. It wasn’t the real Doomsday after all and once again Snyder had future plans that WB scrapped.

Personally, while I genuinely believe Snyder did have an overarching plan, I do find it odd that he would put so much of the Death of Superman story into BvS and even have Superman die if it wasn’t really Doomsday in the first place. It makes me wonder what would even be left for the real Doomsday to do?

But, Snyder obviously put a lot of time and thought into what he was doing if we’re still finding these hidden secrets years later. Although I didn’t agree with some of his decisions, he should’ve been allowed to carry out his vision.

In any case, I’m sure the real creature would at least look better.

Richard Armitage on When he was Considered for Batman Before Batfleck