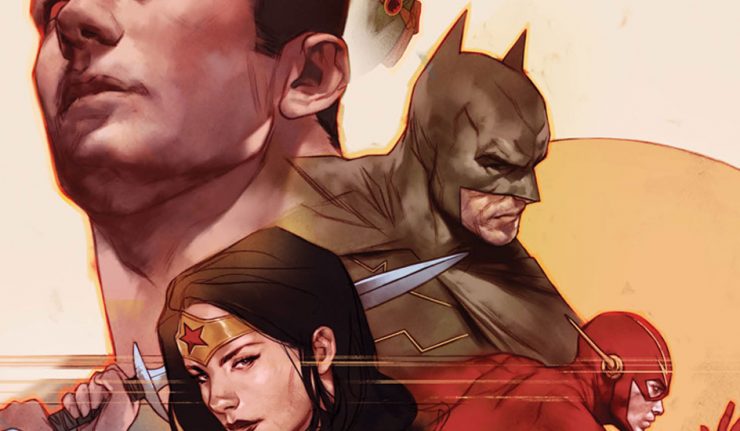 “THE TOTALITY” part one 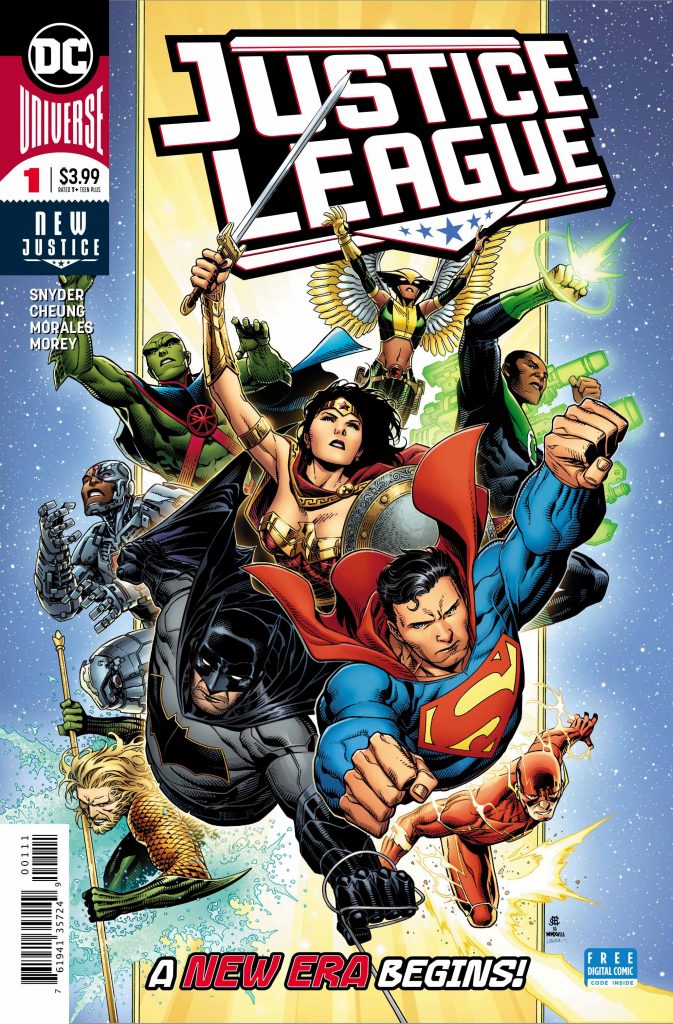 The fallout from Dark Knights: Metal and No Justice continues to affect our heroes in the latest reboot of Justice League. Martian Manhunter is chosen as the group’s chair, and he stumbles upon a threat that has plagued the past, and that could have long-term repercussions for the future.

Scott Snyder follows up his Metal run by adding his own touches to the JL mythos. It’s hard to imagine that someone could jump start this enduring series with new elements, but Snyder pulls it off nicely. Jim Cheung and Mark Morales share artwork duty on this issue, and they do a fantastic job. 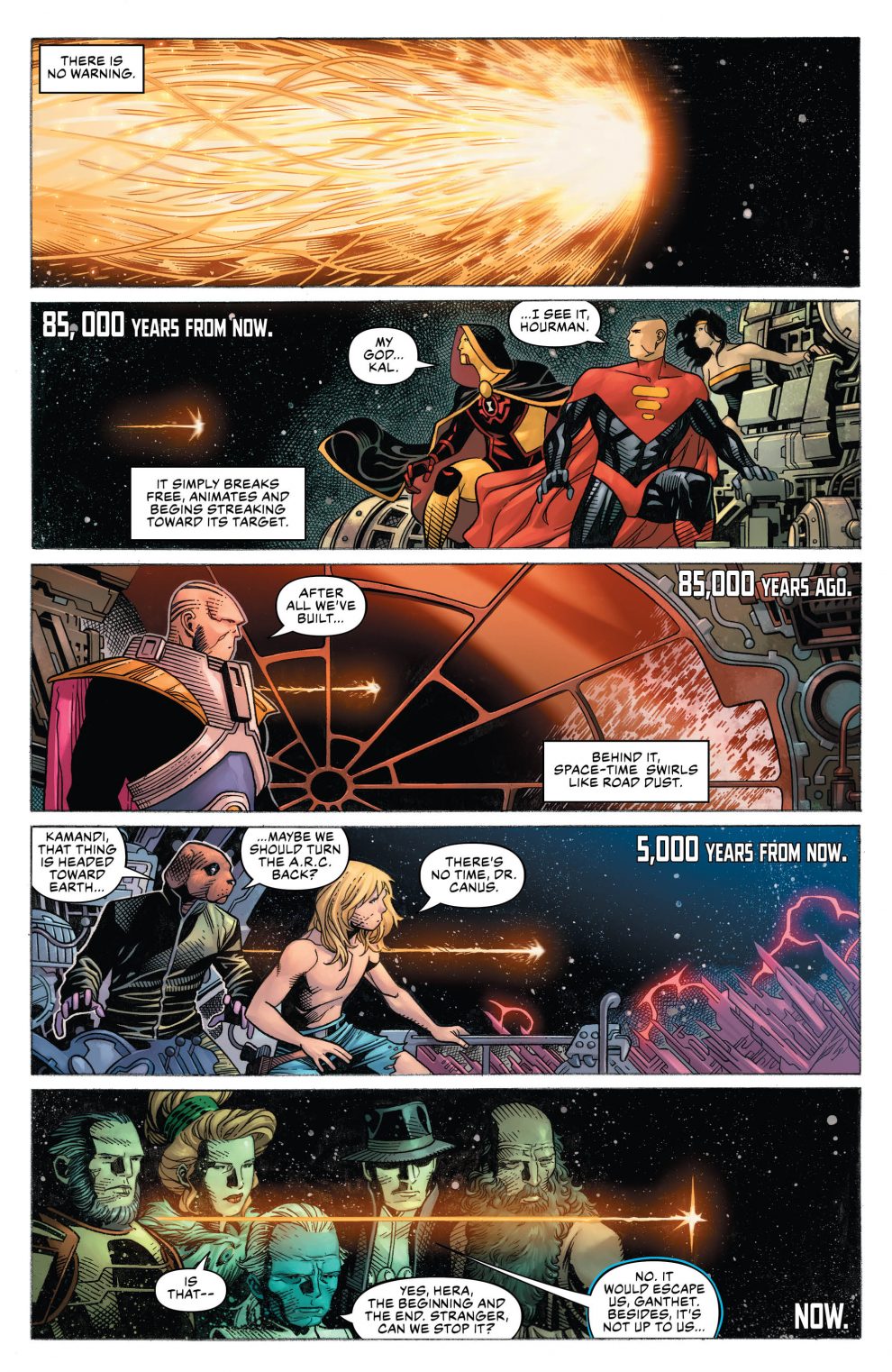 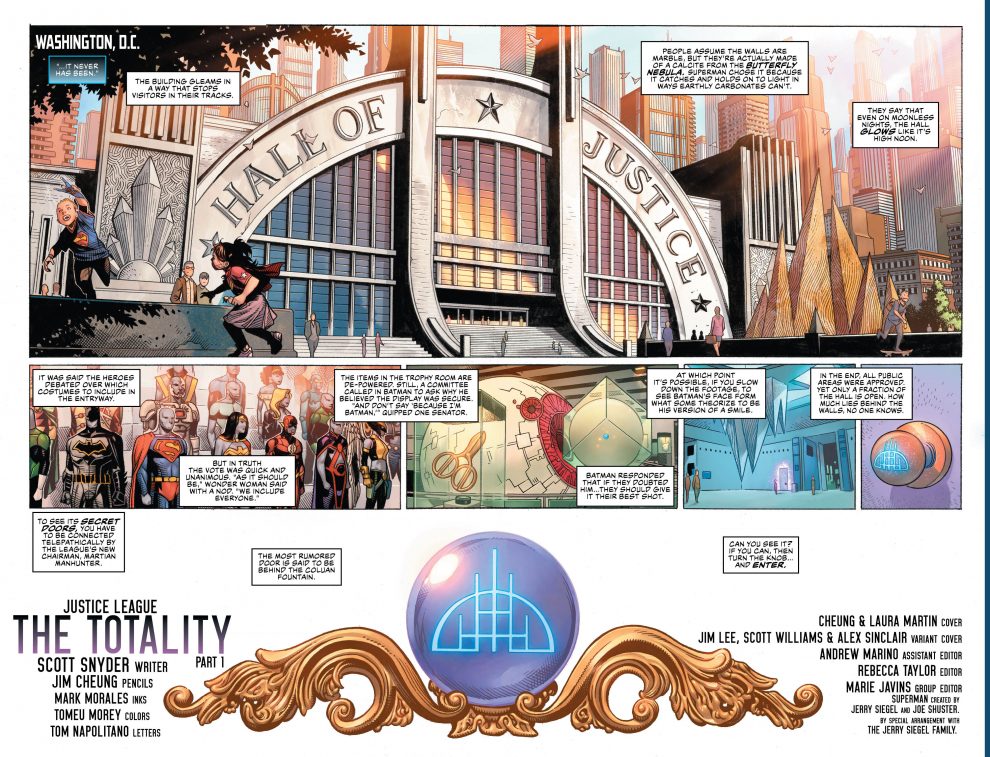 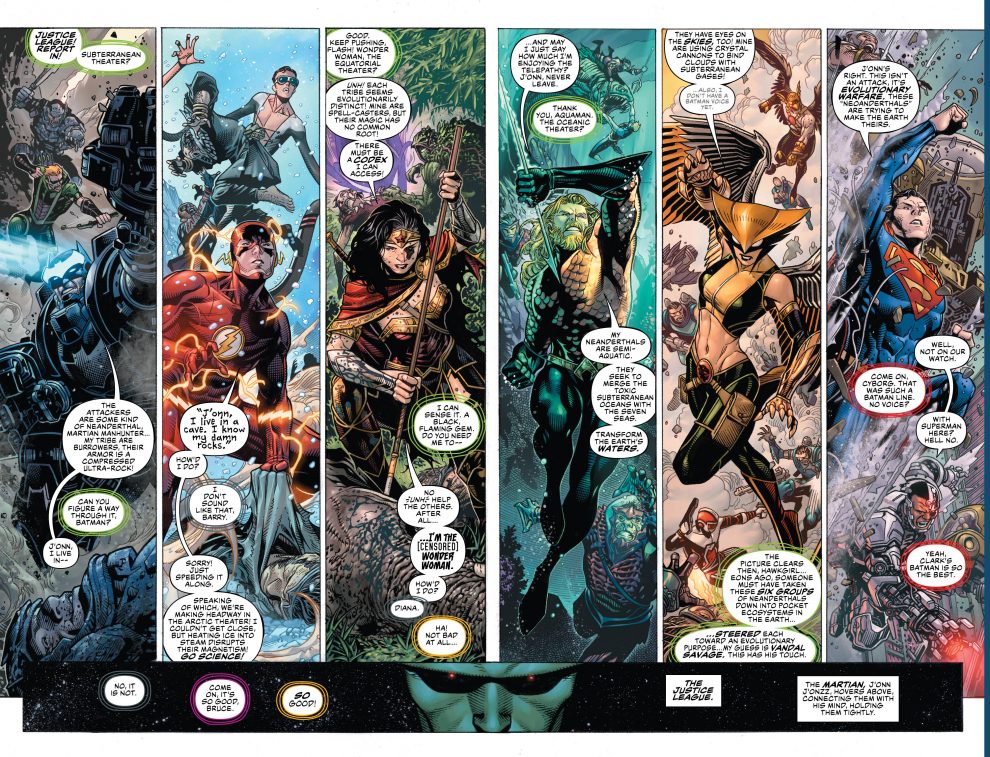 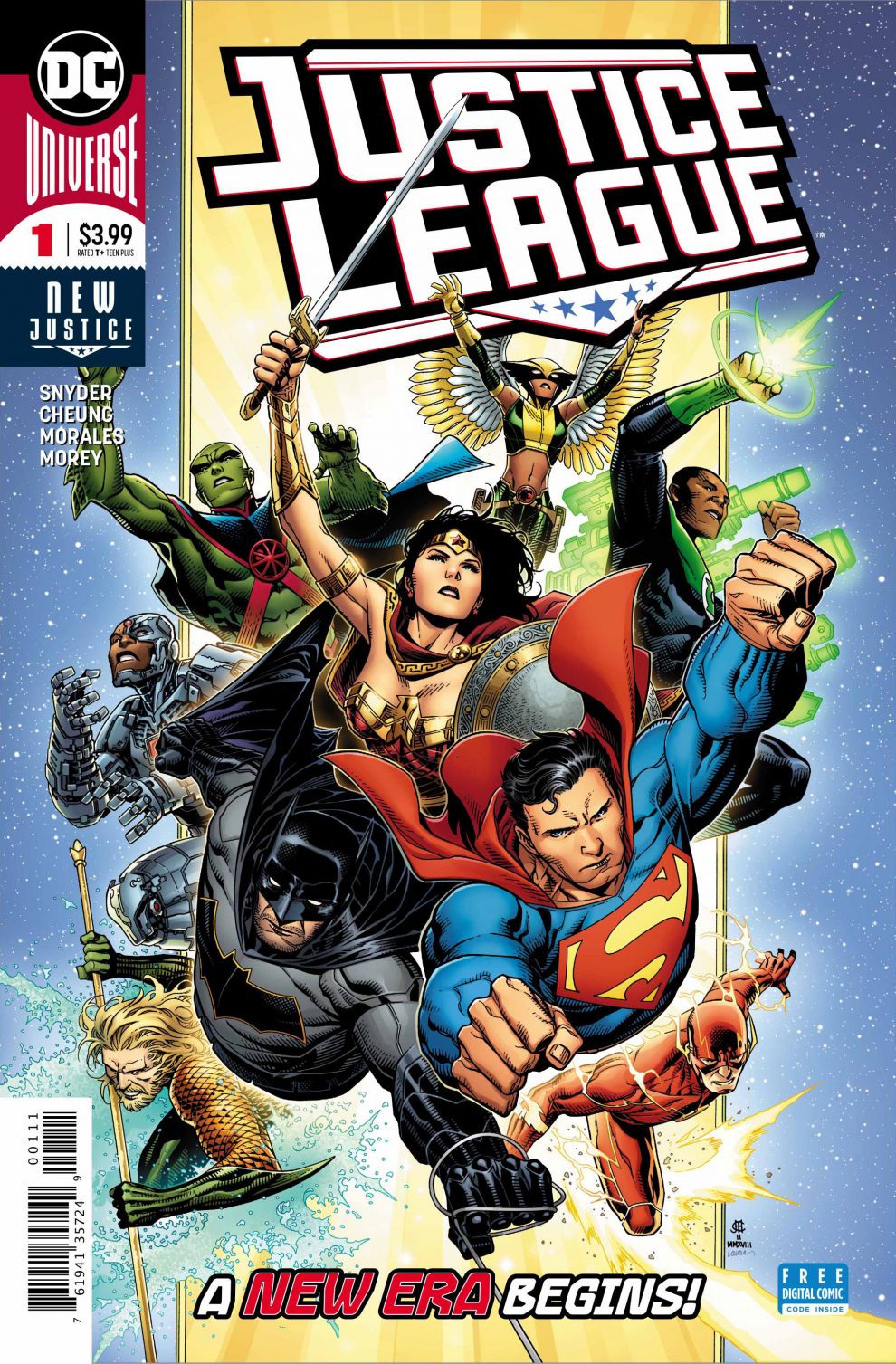 Everything Old Is New Again!

The issue features elements from other media; I like how they incorporated the Hall of Justice as a public face for the organization. A move initially used in one of my favorite shows, Young Justice. I also like the inclusion of the Hall of Doom from Super Friends and Justice League Unlimited.

I have so many questions. Will the team a revolving line-up, a huge membership like Justice League Unlimited? What was the substance that killed…Oops! I almost dropped a spoiler. No! As Dana Carvey used to say when he would impersonate George Bush “Not gonna do it!”

I know that comic books are written today with the mindset of packing several books into a graphic novel. This point used to bother me. However, I can’t wait to see where Snyder and company take this series. So, I will put aside my reservations, for now (that was MY Batman impersonation). Above all, that was a quick ride that I can’t wait to go on again next month!