Katelyn Nacon From ‘The Walking Dead’ Wants To Play Batgirl

Best known for her role as Enid on AMC’s The Walking Dead, actress Katelyn Nacon has stated that she would love to play Batgirl. News from the Batgirl movie has been hard to come by since the announcement of Joss Whedon’s exit and Christina Hodson’s entrance. Although this isn’t anything concrete, it certainly gives us something to talk about. 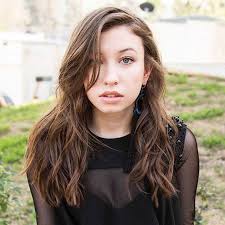 A fan on twitter asked Katelyn what superhero she would like to play, this was her reply:-

With multiple actresses potentially rumoured to be portraying Batgirl on the silver screen. Who would you like to see don the cowl? Please leave your opinions in the comments below.