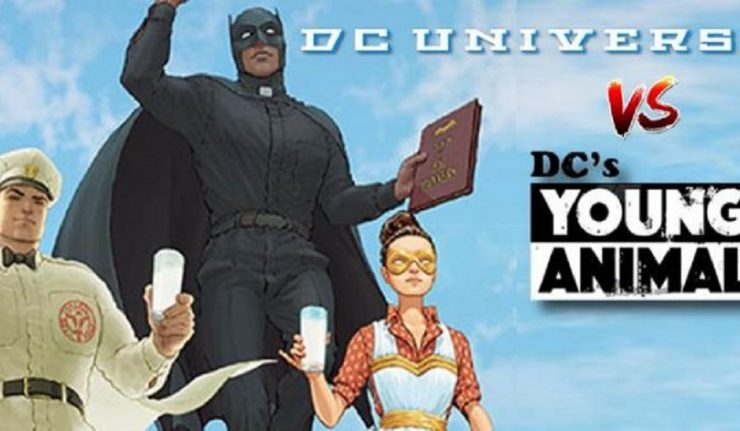 DC and DC’s Young Animal recently published a crossover event that included some of their most well known characters, Batman included! This psychedelic story has now been collected in a trade paperback.

The Dark Knight plays a role in a crossover with none other than Mother Panic. In a Gotham transformed, Mother Panic finds that someone has moved into Gather House, the religious school that she hated as a child. Who? None other than Father Bruce himself, the millionaire orphan. What does this mean for Mother Panic? More importantly, what does it mean for the kids of Gather House? Find out in the crossover collection of Milk Wars.

The DC/DC’s Young Animal mashup you never knew you needed is now available in a collected edition! MILK WARS features the iconic heroes of DC as they meet the very weird and unlikely heroes of the Doom Patrol. When the Doom Patrol is called to Happy Harbor—a quaint, picturesque town that looks, well, basically perfect, they’ll soon realize something strange is going on—and it’s in the milk. 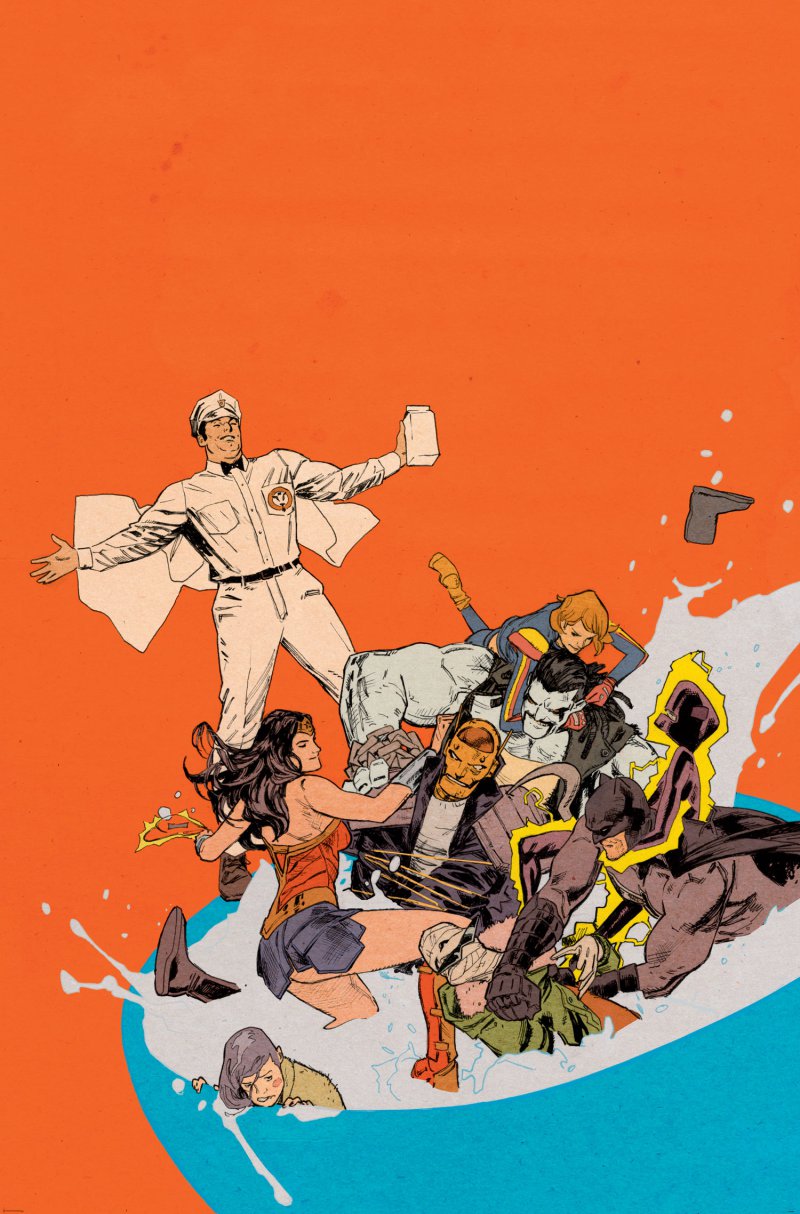 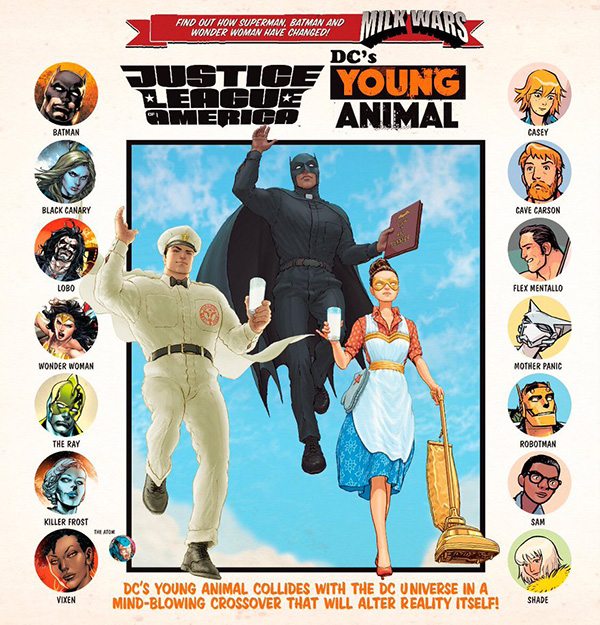