Preview: Batman Prelude to the Wedding-Robin vs. Ra’s Al Ghul #1

Batman Prelude to the Wedding-Robin vs. Ra’s Al Ghul

CBR put up a preview for the one-shot Batman Prelude to the Wedding-Robin vs. Ra’s Al Ghul. The one-shot is a series of specials leading up to the actual wedding in Batman #50. While not much can be deciphered from the story portion of the preview, one wonders about the cover.

“You had your chance, old man,” a belligerent Damian yells at Ra’s amid destroyed wedding decorations. Presumably, he is telling Ra’s that he had his chance to be the ring bearer, but now it is too late.

Batman: Prelude to the Wedding — Robin Vs. Ra’s Al Ghul #1
Written by Tim Seeley Art by Brad Walker and Drew Hennessy Cover by Rafael Albuquerque
Ra’s al Ghul returns to have a heart-to-heart with his grandson, Damian. Once upon a time, Ra’s thought Bruce Wayne would be the heir apparent to his criminal empire, but now that Batman has turned his back on Talia for good, Ra’s wants to know if Damian Wayne will honor his mother by stepping into the family business at last. On sale May 30. 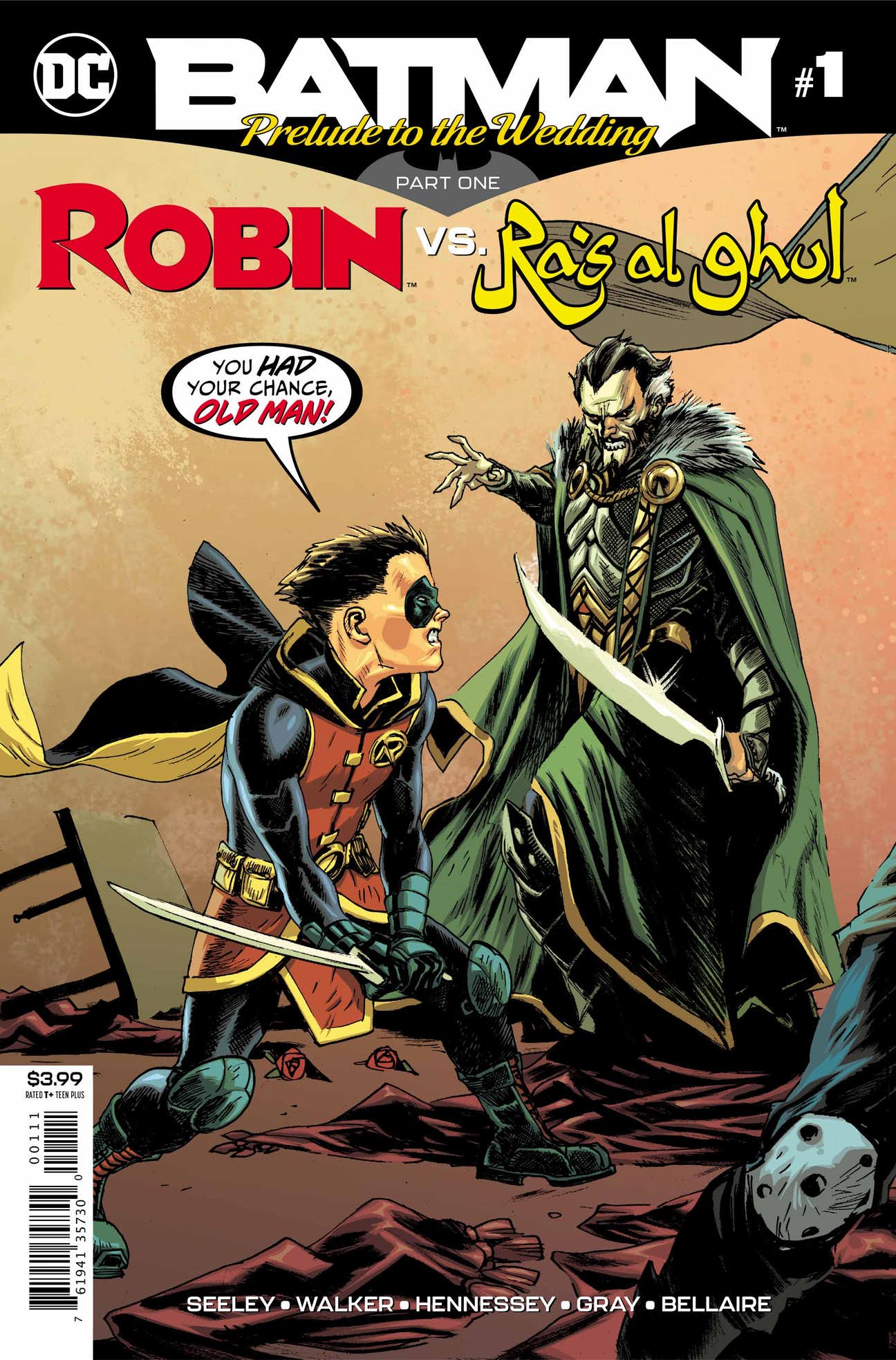 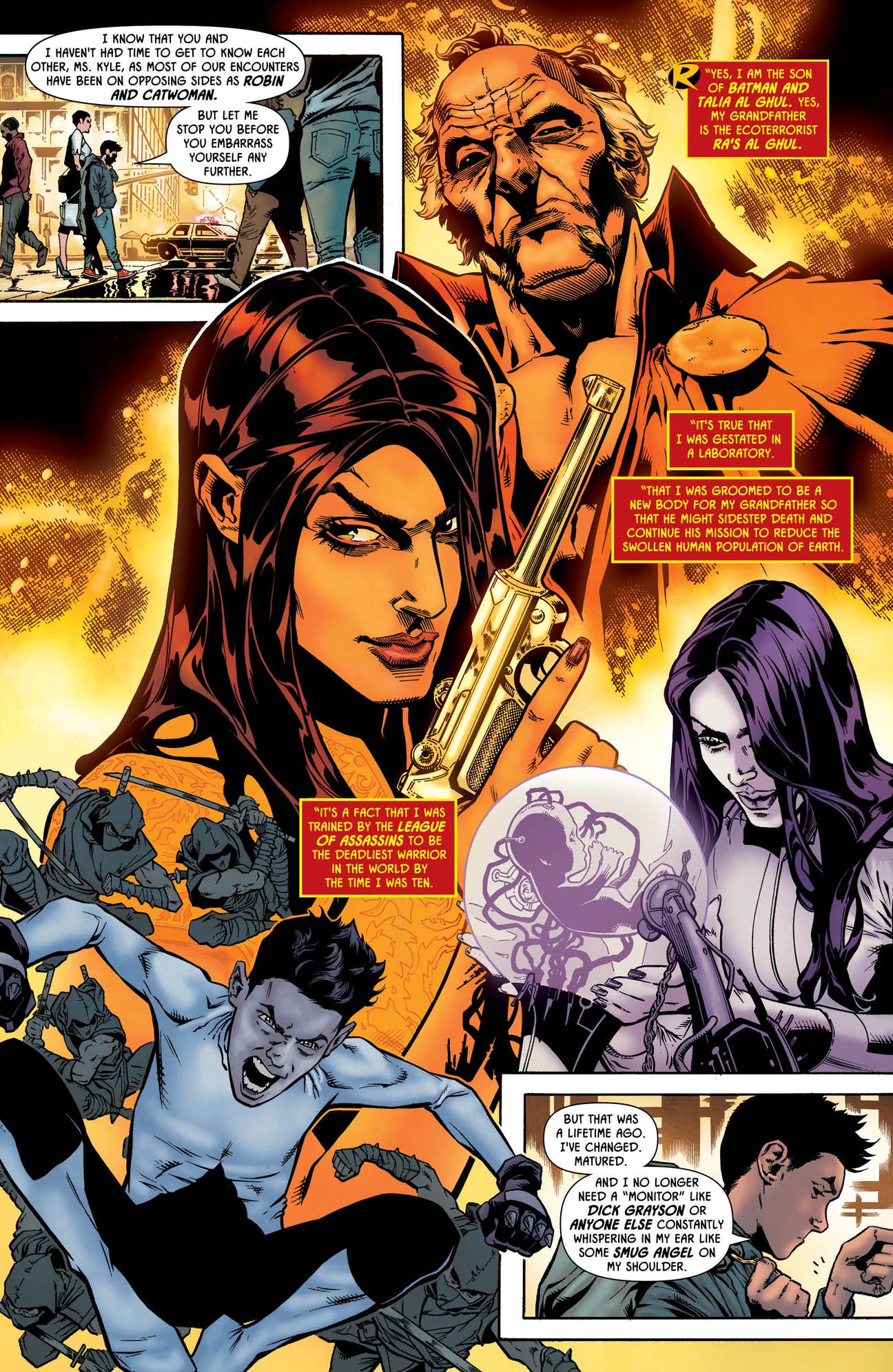 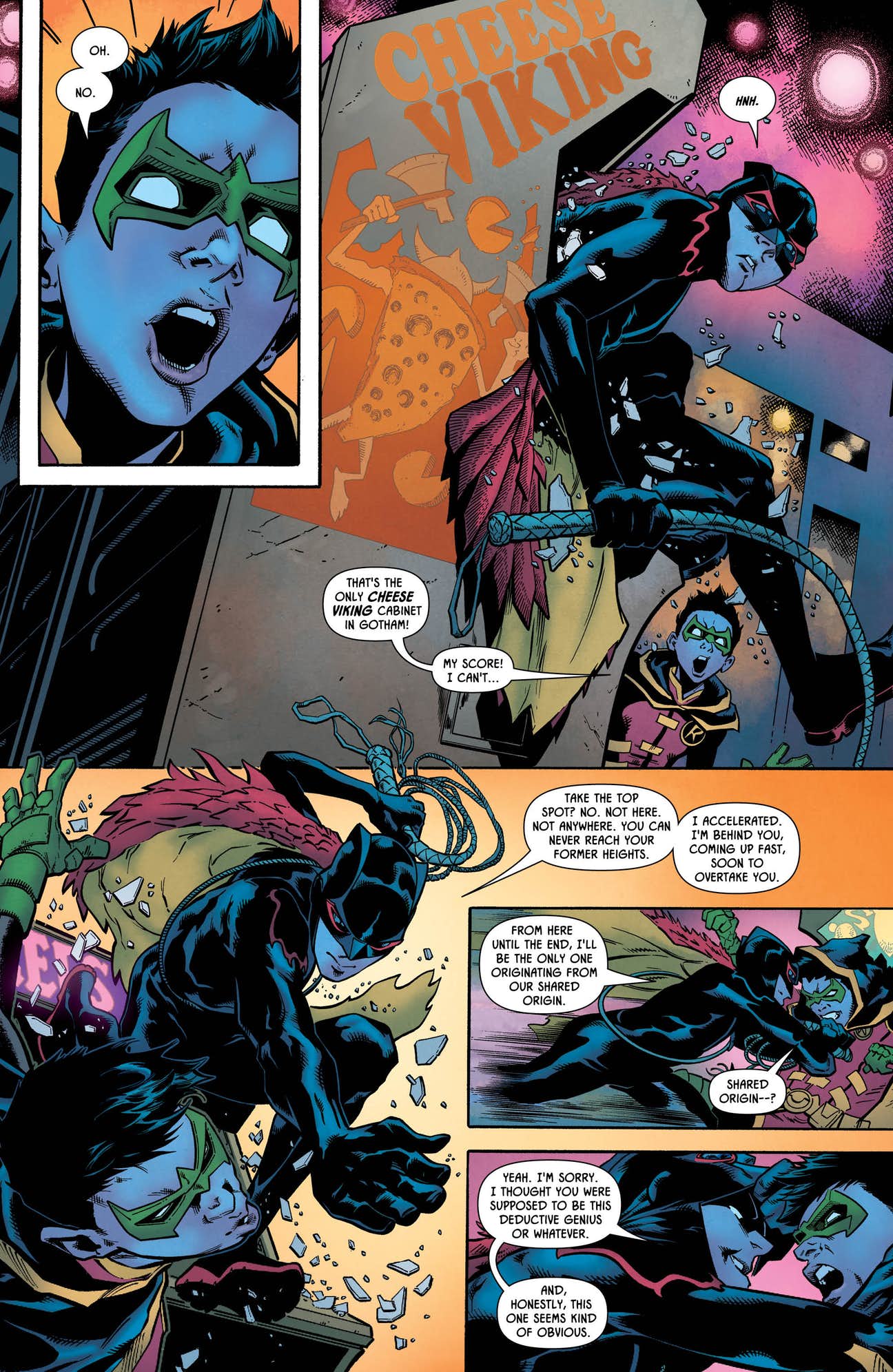