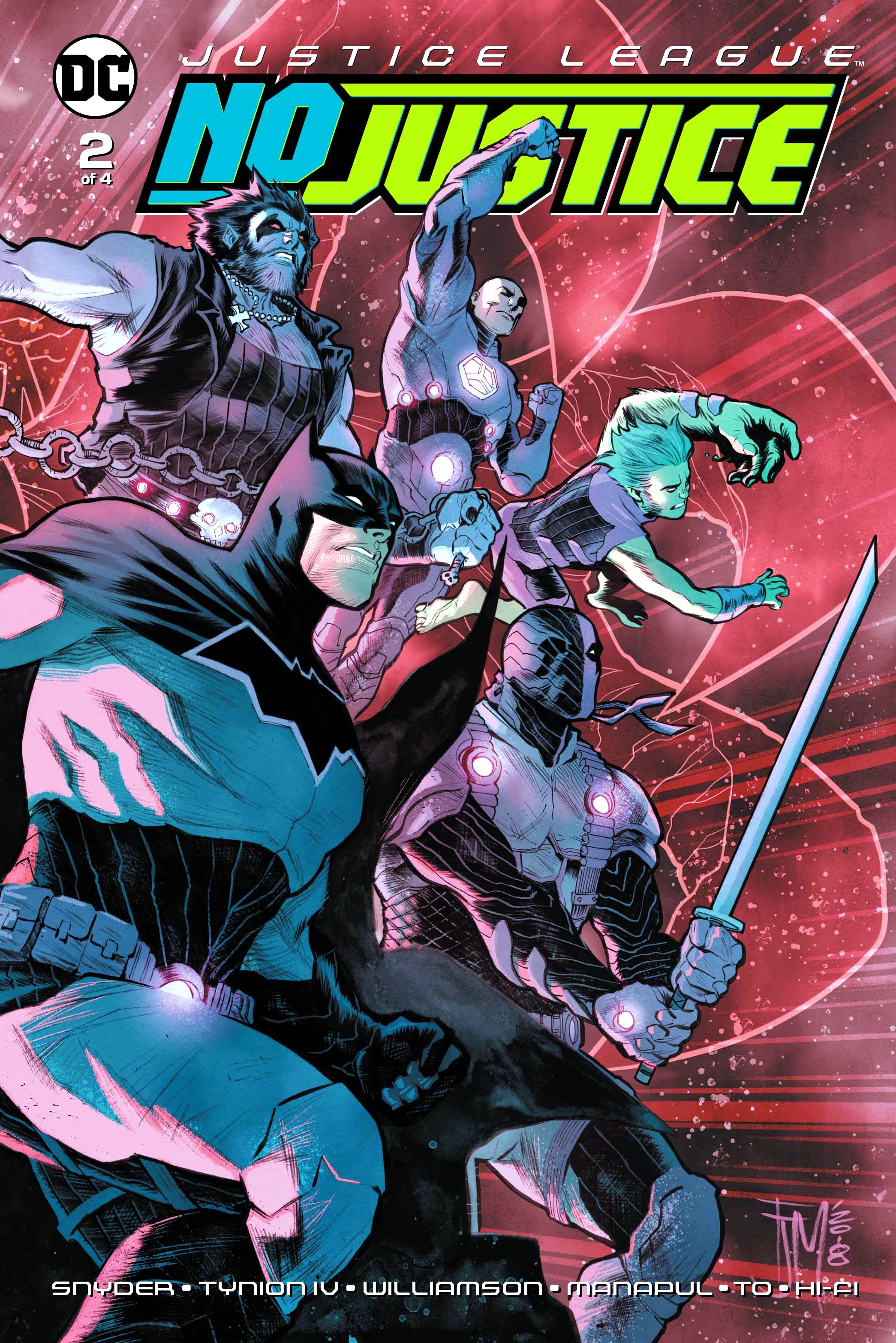 With the sudden loss of Brainiac at the end of the first issue, the large team of heroes and villains are all on an alien world, wondering what the plan is. The art choices by Francis Manapul and Marcus To give a big, Hollywood, apocalyptic feel – the wide, double pages with loud colours from Hi-Fi really draw the reader in. The cinematic atmosphere comes in on full power when Lex Luthor, of all people, gives us a Braveheart level speech, and the teams all agree to follow his plan.

We finally get to see the lineups of the teams that Brainiac intended. I admit, I should have guessed some of them from the covers of issues one and two, but I like being sure. With the energy they’re all trying to contain, it’s clear to see why they fit together, which is another thing I love about the writing team on No Justice. I said in my review for issue #1, that throwing known entities together in new ways is very exciting, and those new ways have now been revealed. 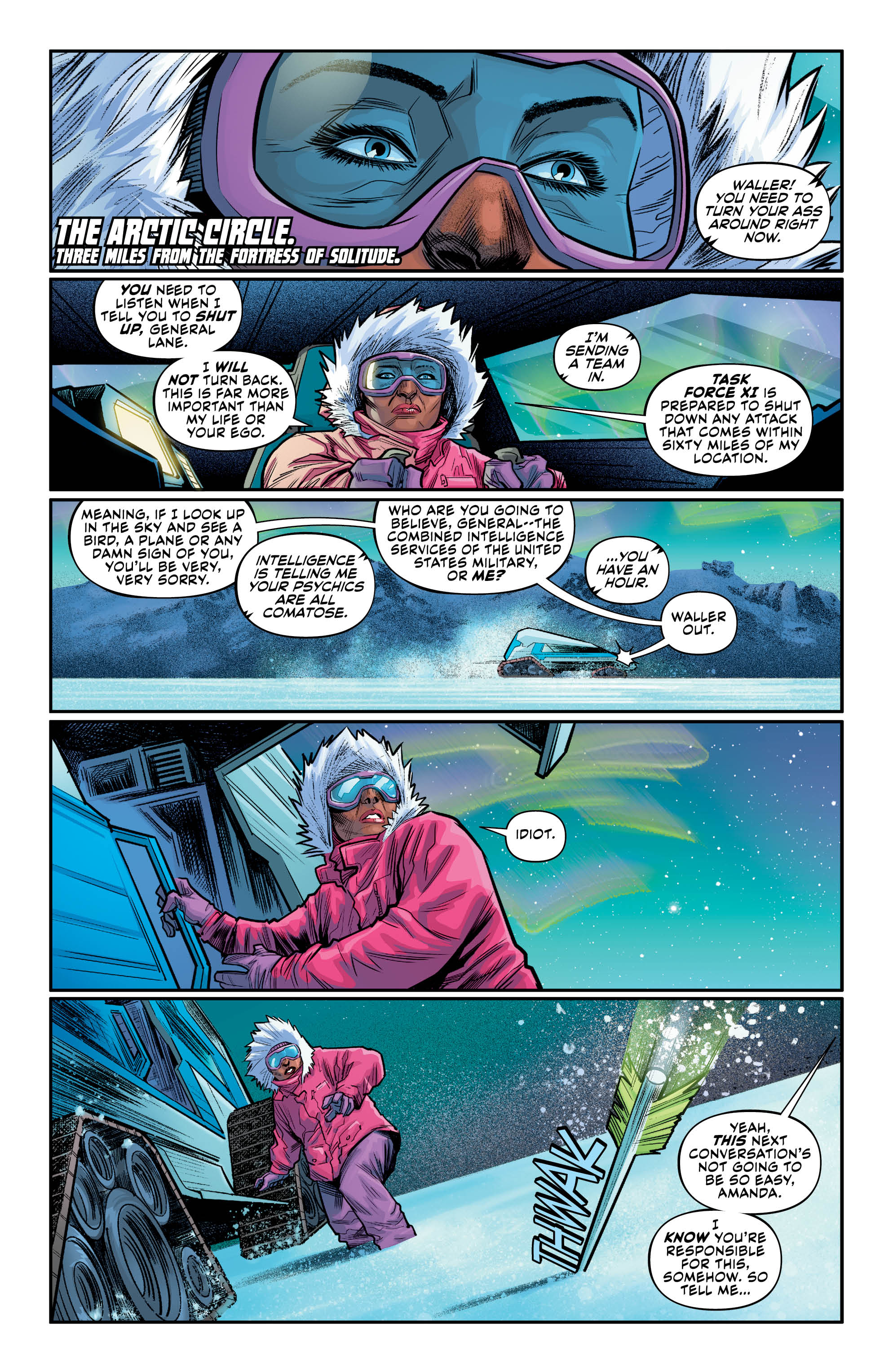 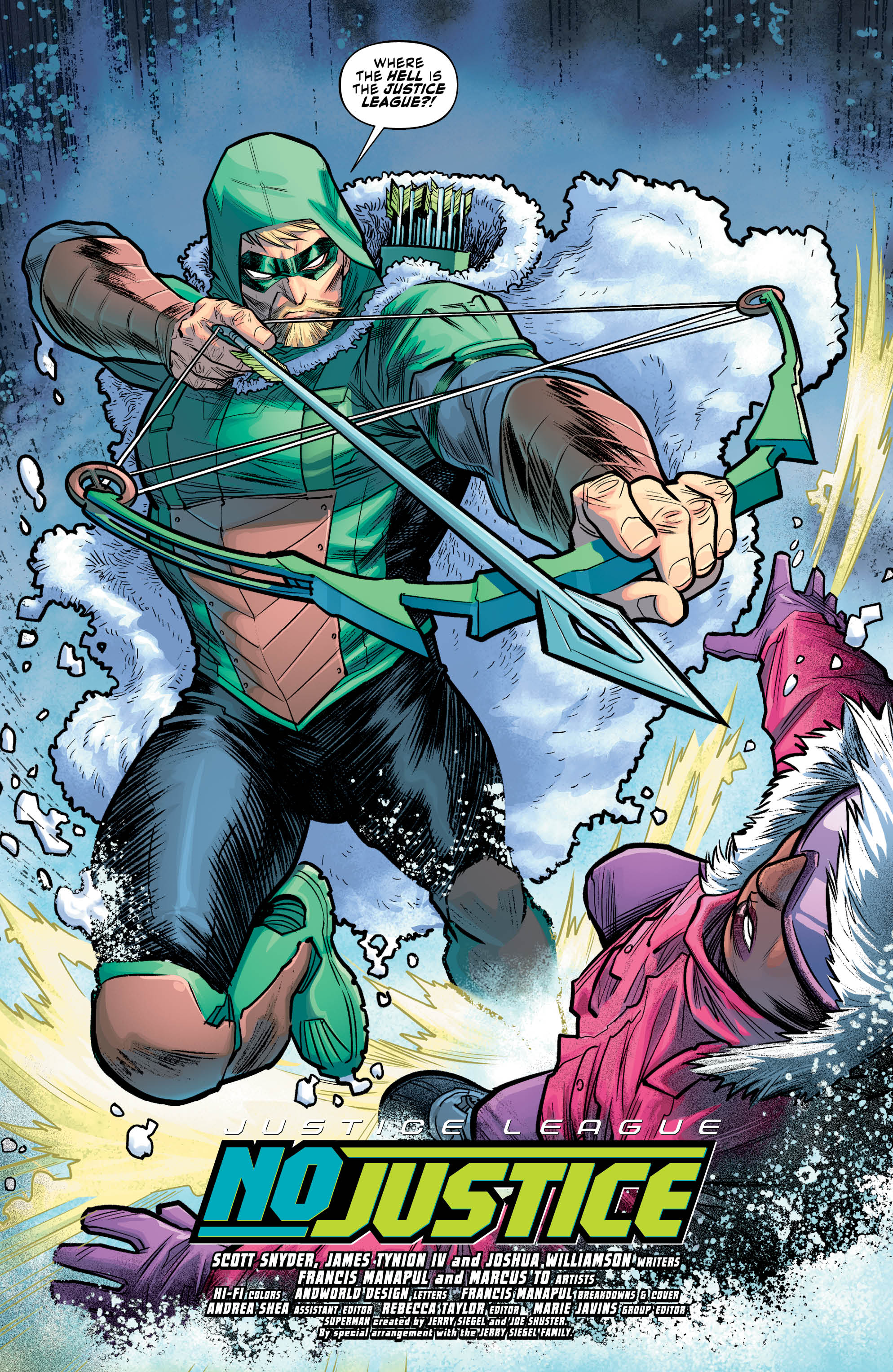 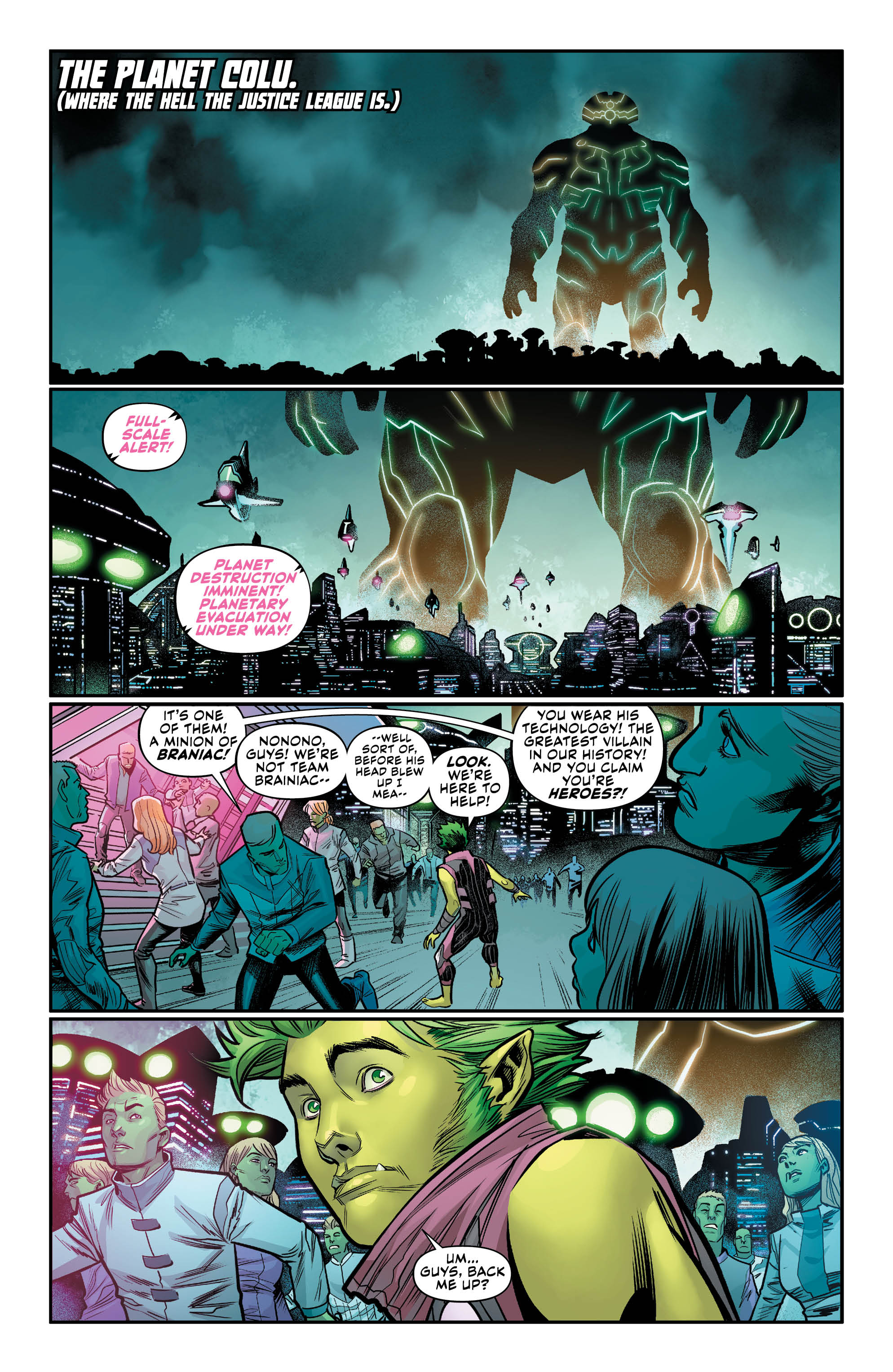 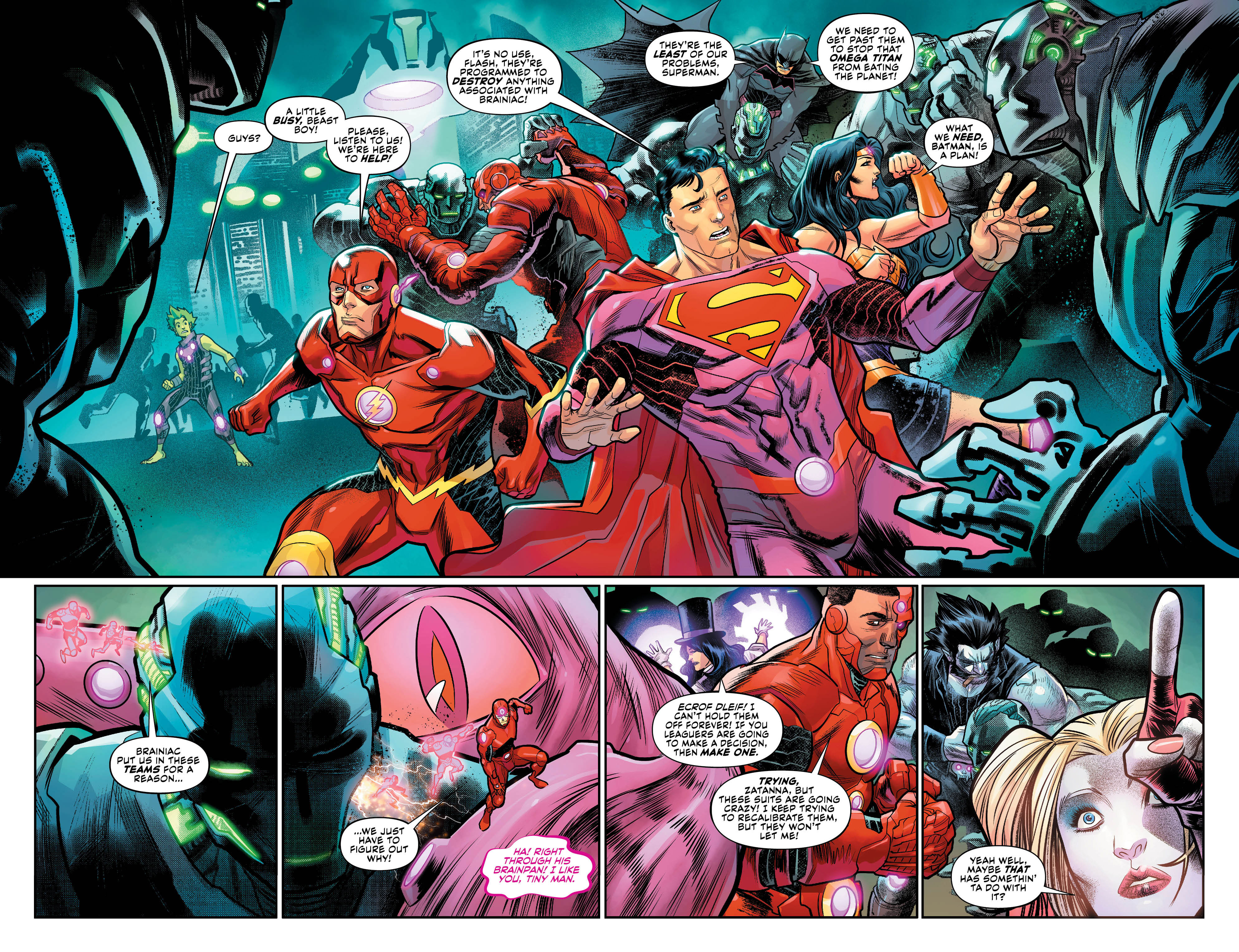 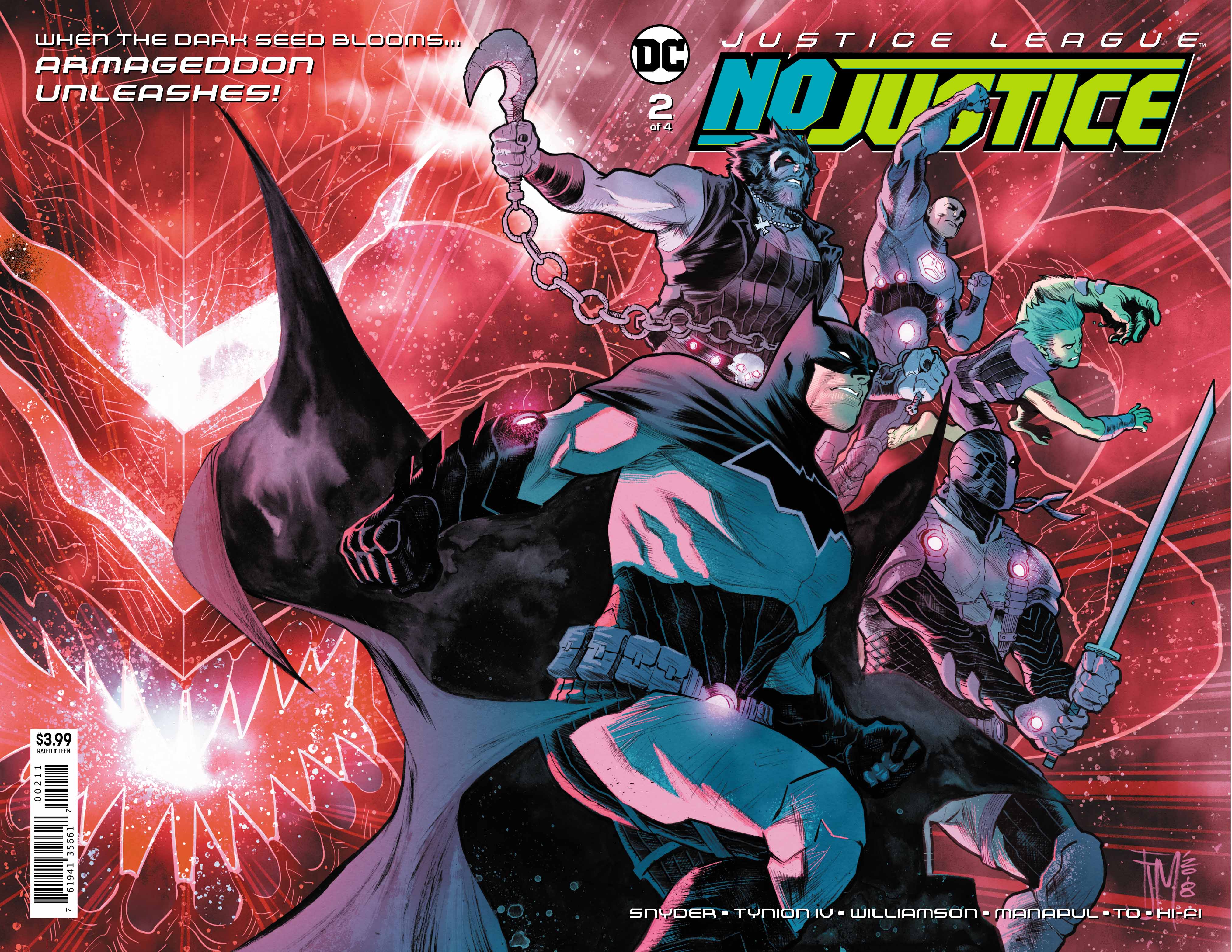 Team Entropy is made up of: Batman, Beast Boy, Lobo, Lex Luthor, and Deathstroke. They all seem nicely chaotic, what with the ever-changing morals of Slade Wilson and the changing shapes of Garfield Logan.

Team Mystery made the cover of issue one – Superman, Starfire, Sinestro, Starro, and Martian Manhunter. It took me a while to spot how they’re mysterious (wouldn’t the world’s greatest detective manage the pursuit of mystery?) but then I noticed that not only are none of them from Earth, their home planets are all wildly far away from each other. It’s a great and unlikely mystery of how beings from across the universe could band together like this.

Team Wisdom are feeling the most pressure, with the entity of Wisdom looming over planet Colu. Cyborg, Robin, Flash, Atom, and Harley Quinn are all masters of their respective sciences or martial arts – even Dr Quinzel, former psychologist.

The outcome of their mission have left the teams reeling, and with Amanda Waller interfering in all sorts of business back on Earth, digging up something ancient and dangerous in the snow, we’re all left wondering what will happen next. I can’t help think about what Supergirl saw at the end of DC Nation #0. Those beings are coming, and I’m downright giddy to see how these unlikely teams handle it in future issues of No Justice.