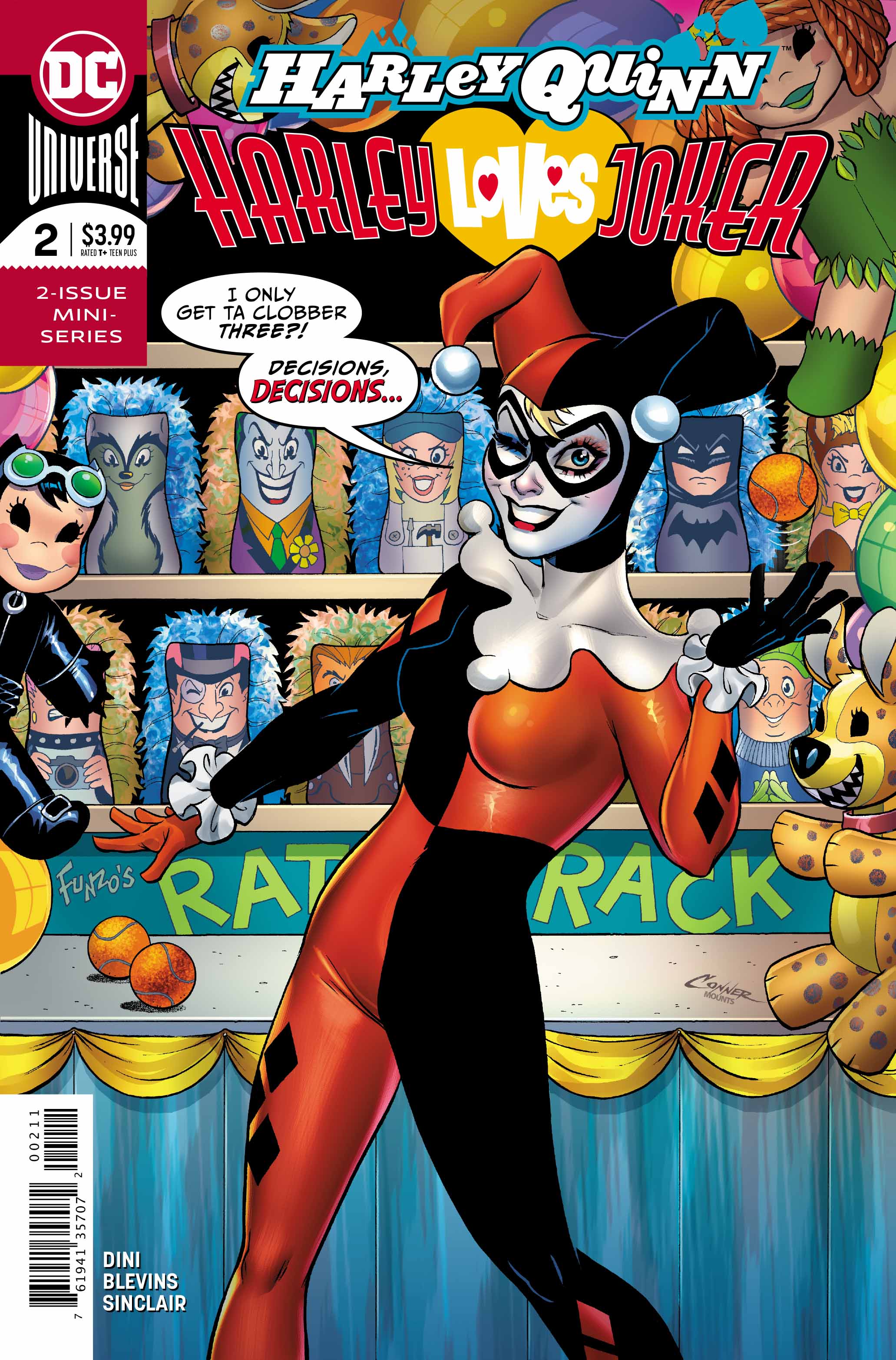 There’s a special place in the hearts of DC writers for this couple. Harley Loves Joker does not make Mad Love look palatable and it gives us no “aww” moments, and, if there are moments that can look “cute,” the reader’s heart is almost immediately filled with uncomfortable dread.

Paul Dini created Harley with admiration; he’s given her so many good moments. But the first panel certainly irked me… but let me start off with the good points.

The adventure itself is a fun conclusion. I can’t stop laughing at the Grison, Harley’s ex Arkham Asylum colleague, from back in her medical days. The first issue ended off with the Joker accepting the villain Grison into his plans, leaving Harley questioning her skills. (Spoilers) To teach Joker a lesson that no one messes with Harley, she tips off Bruce Wayne as to Joker’s plans.

Plus points! I love how the Joker is just a buffoon being played with.

Mad Love, indeed, but this dangerously labels women with mental disabilities as strong targets for abuse. 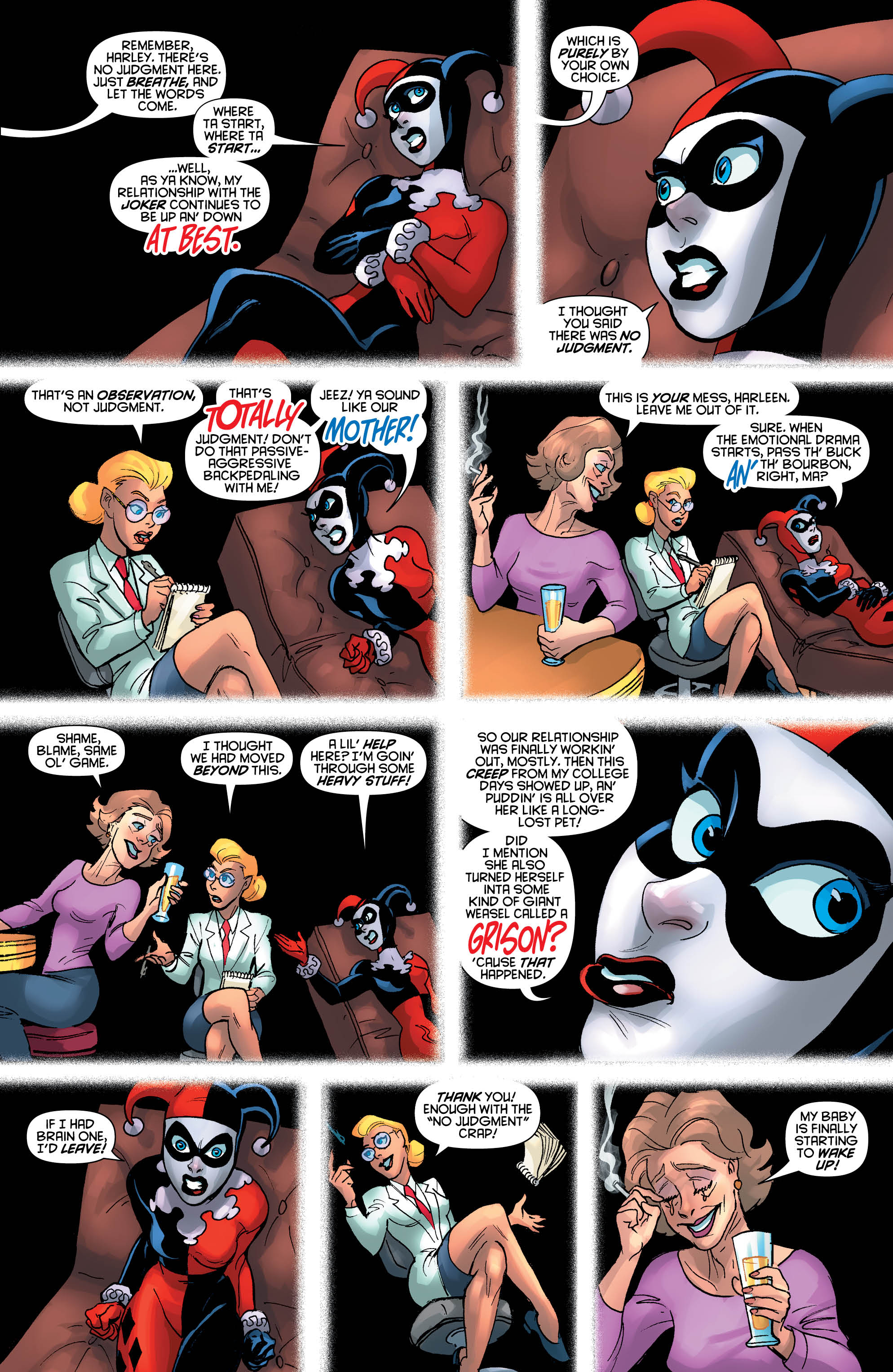 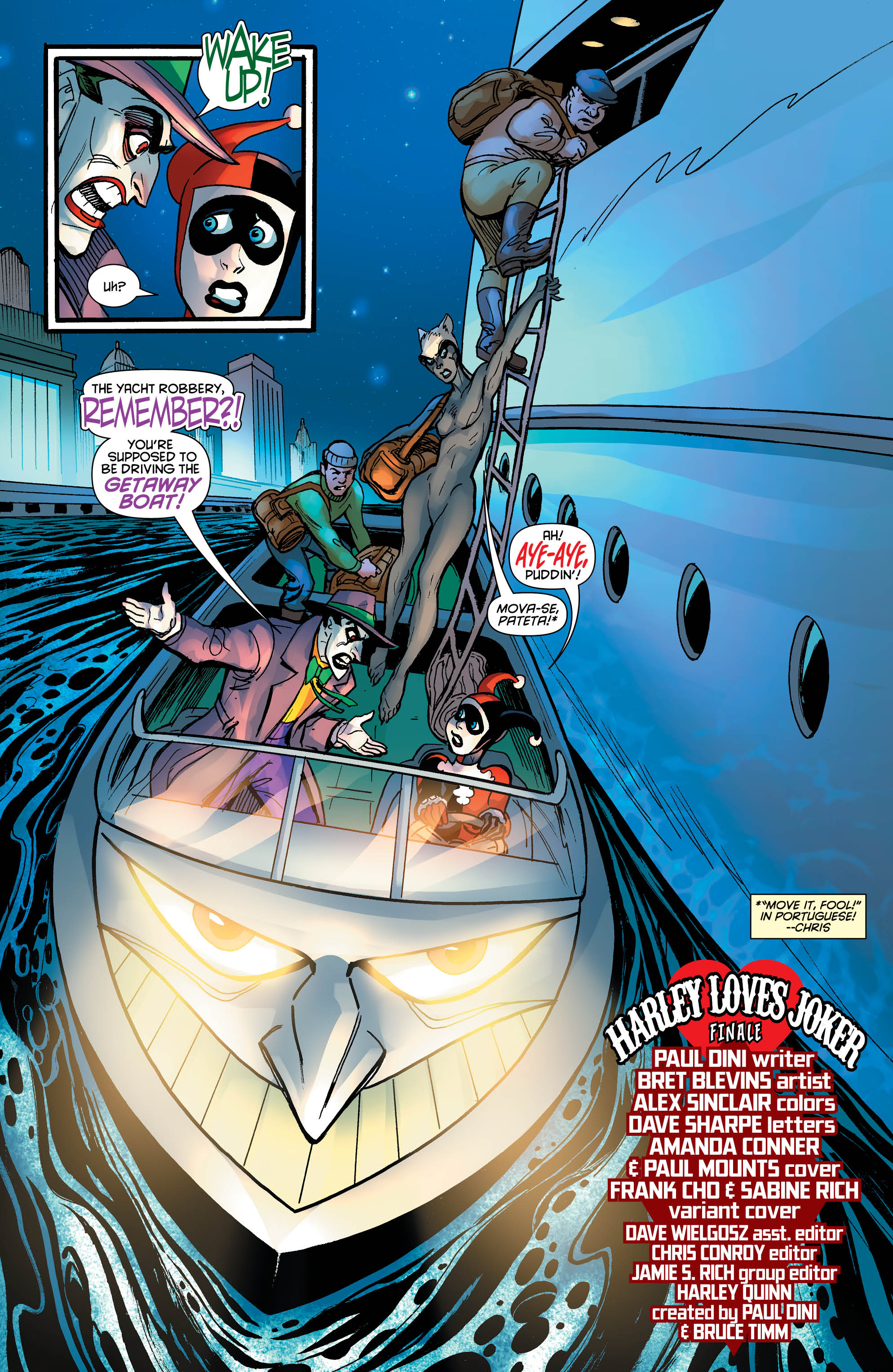 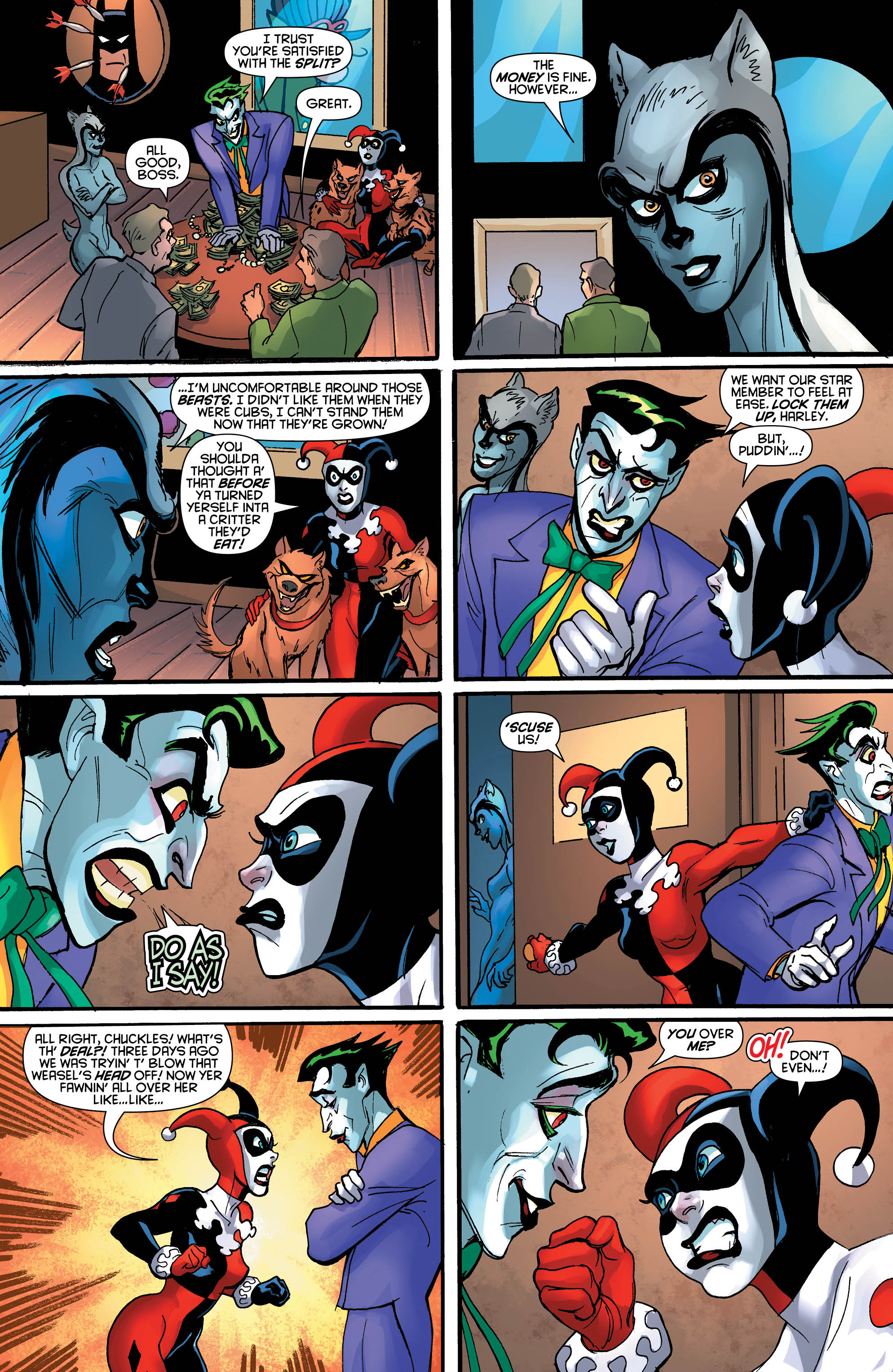 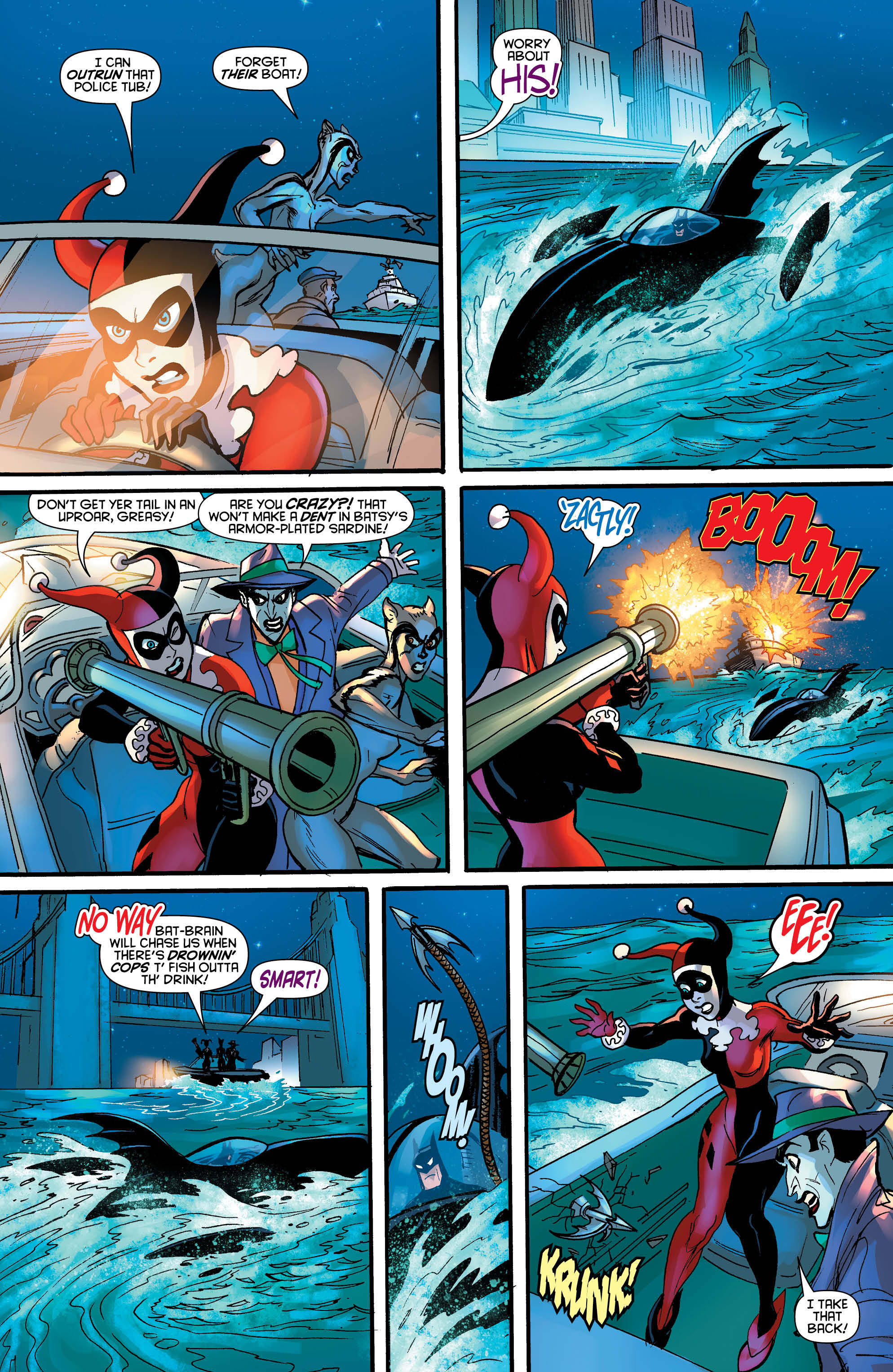 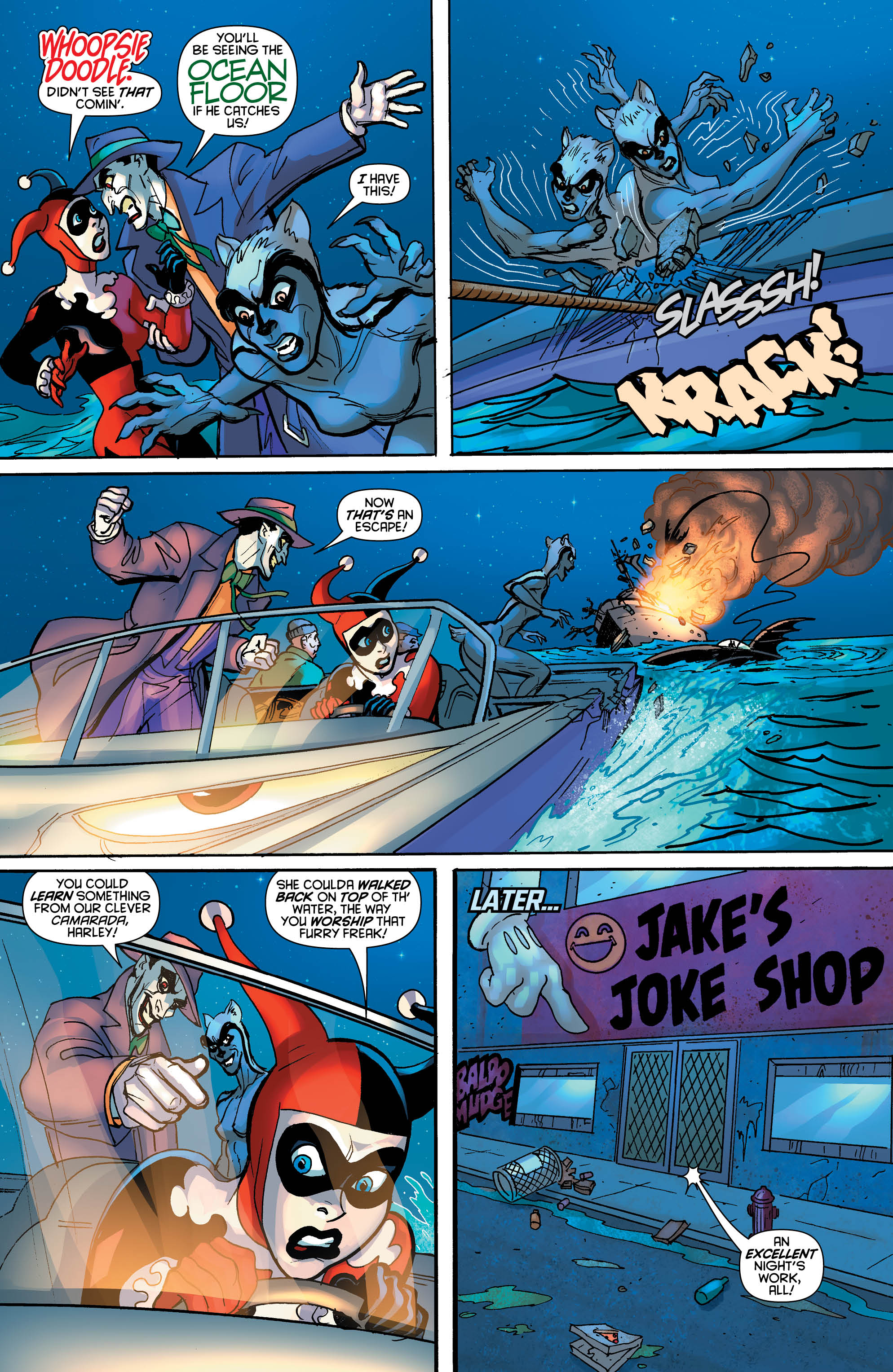 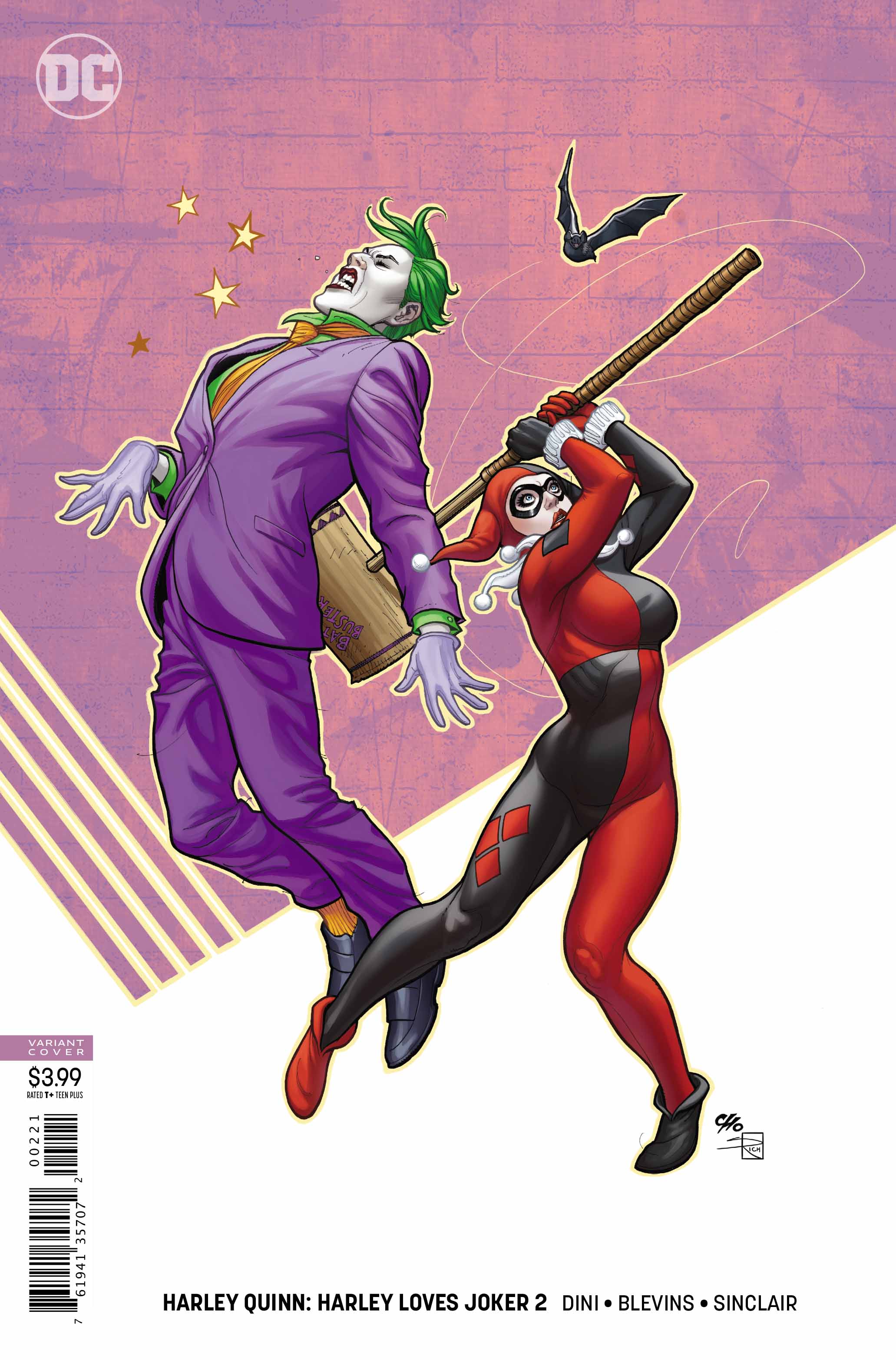 Paul Dini shines a spotlight on Harley’s mind. I’ve pointed research out in my past reviews, but if a writer is looking to have insight in the mind of a woman who suffers from mental illness and in a bound abusive relationship, there should be more research done. 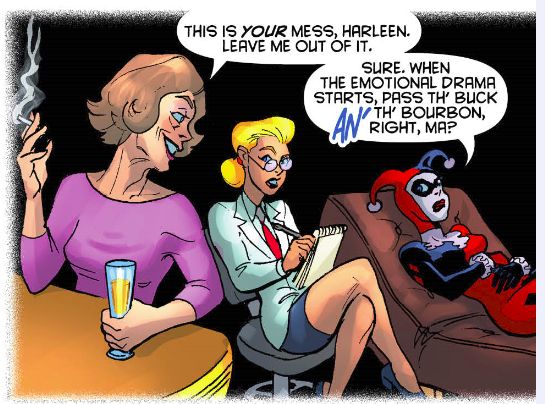 Honestly, I love Paul Dini, maybe this project was just for kicks but I found it a bit immature. He has so much creative license over her, and he’s done her wonders, but this scene was tacky and over-done. She has a chain-smoking mother, holding bourbon, how stereotypical is that? And oh, of course Harley suffers from low-self-esteem as well.

I hope Dini meant well, but there was little effort in creativity and thought put into the first few panels. Do some comics writers honestly think that women want to be in a situation where they’re abused? Harley’s inner conflicts consist of her mainly shaming herself.  It ends up victim-blaming as well “Which is purely by your choice.”

Yes, this victim-blaming is realistic but it shouldn’t be enforced in media for the 10,000th time.

The Art is fun-loving and gorgeous. Probably the main reason I’d pick this up. You want a blast from the past, a Timm Bruce feel? You got it! Alex Sinclair has an amazing handle on cartoon colors.

There are moments that leave us thinking: “Why are there so many vapid and annoying female characters?” Sometimes the answer is because most of the tales that feature these women are written by men, so sometimes their identities get mangled and warped. However, I loved how Paul Dini didn’t make this into a love story. It was a small insight into Harley’s reasoning, which I know is much more complex.