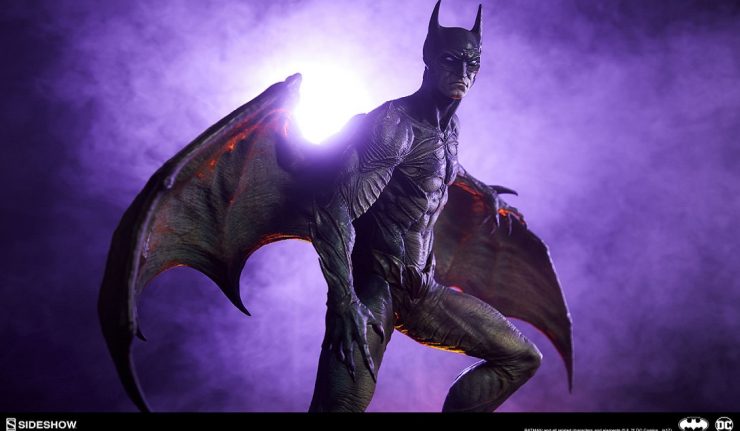 The artists at Sideshow Toys do know how to shape a good sculpture. They’ve created hyper realistic figures for multiple platforms and corners of popular culture. They’re no stranger to Gotham city, having made multiple statues of Batman, his allies, and his enemies. They’ve taken a strong hit of Crane’s fear gas for their latest project, and decided to make this project a frightening one.

Sideshow have designed the new Batman statue with a clear intention. They wanted it to be striking; clearly Batman, but also something else. David Igo, art director at Sideshow, says:

We wanted it so that if you see him from a distance… you’re like ‘oh it’s Batman’. But as you get closer and closer, it’s revealed – it’s not a guy in a suit. It’s not his cape. It’s a bat creature.

Looking at the snapshots of the figure itself, you can definitely see what he’s talking about. Behind him, where his cape would be, are big, demonic wings. Details that make him unmistakably Batman are still there – the bat symbol is still across his chest, and his belt is yellow – but they’ve both meshed with ashy skin. His hands and feet are slender, with sharp claws. No detail is left unchecked. The gargoyle he’s standing on is covered in tiny bats, crawling around his feet. 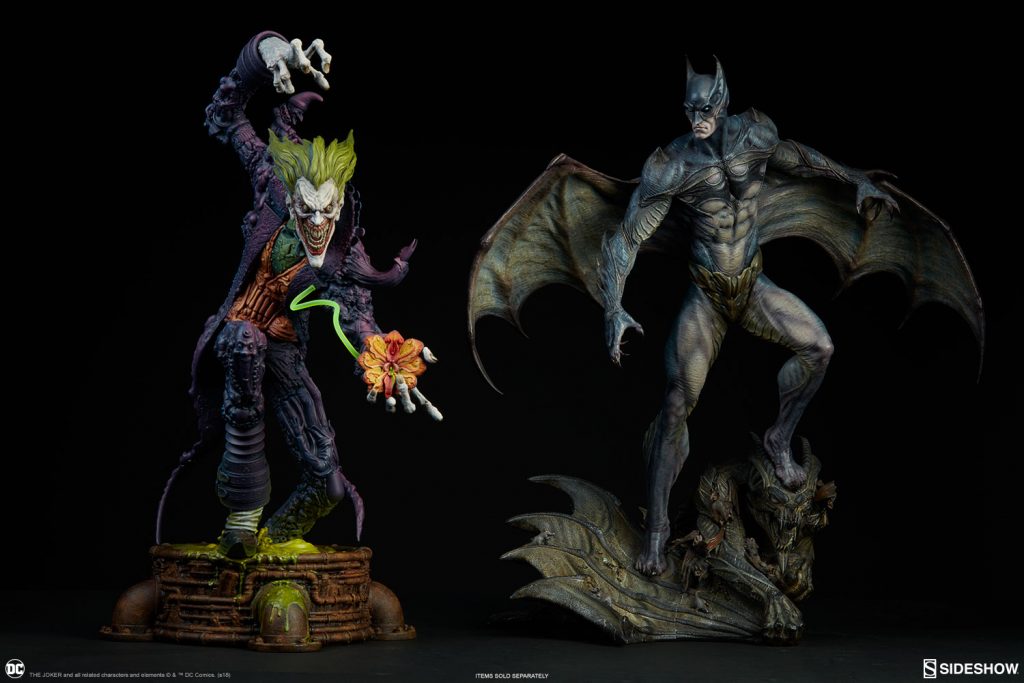 Batman isn’t alone in this new collection by Sideshow. No character could counterpoint our hero like his worst villain. During design, Sideshow stated that they wanted to focus on the Joker’s insanity.

What we want is a very organic sort of collage… of all the elements of the Jokers life and character intermeshed into his body.

The details all over the Joker statue really reward you for standing and staring over and over. Everything that would matter is on him somewhere: Arkham Asylum on the back of his collar, Batman like a devil on his shoulder, and even the Red Hood falling into the vat of Ace Chemicals of the statue base.

Together, these two dark, unconventional visions of these characters are something a collector will seek and treasure forever.