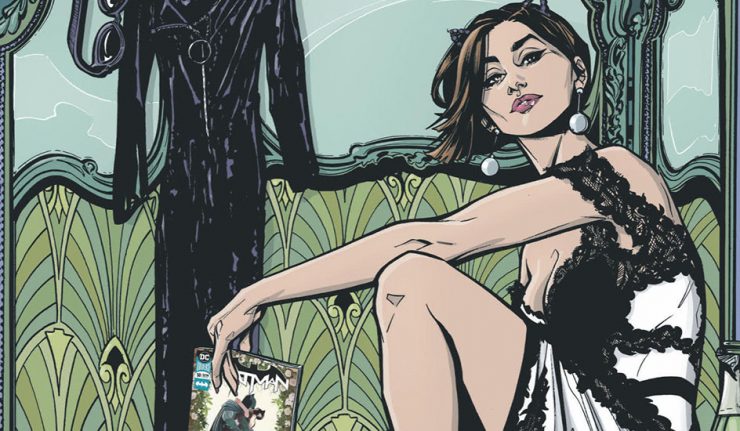 The Chicago Comics and Entertainment Expo, better known as C2E2, is a large comic book convention currently underway this weekend. It was a real treat for Batfans in attendance as the creative team behind the Batman title was on hand. A panel was held yesterday regarding the Dark Knight in comics and their current trajectory in the coming months. Most of which lead up to and surround the upcoming Bats and Cats knot-tying.

The Cat gets her own title

First off and what is likely the biggest news coming from the panel, it was announced that Catwoman will be receiving her own solo title, launching the same day as Batman #50, the Bat and Cat union. The book will launch on July 4 and will feature the popular Joëlle Jones as writer and artist with Laura Allred as colorist. The story takes place on their wedding night, as comic book characters never really take days off. Selina must apprehend what seems like a copycat burglar, which will be an original character.

Take a look at the gorgeous cover for Catwoman #1 by Joelle Jones: 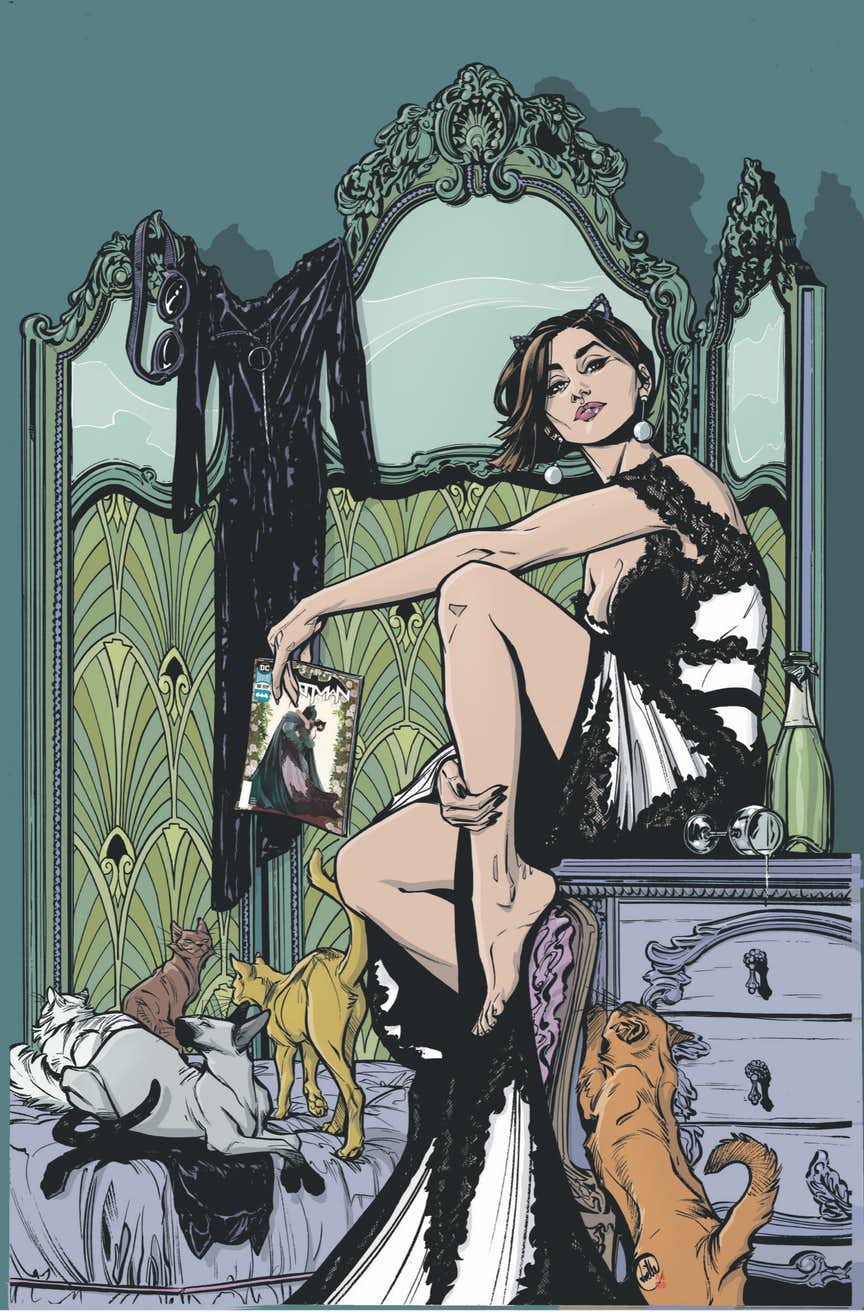 Personally, I thoroughly enjoy Jones’s meticulous attention to detail and the proportionally realistic take on human bodies. Overall, her style is so elegant that it would not be surprising to see her work in a traditionally animated Disney movie.

The team also outlined the next upcoming arcs.

Batman #45 is scheduled for release on May 2nd and will see the beginning of a new arc called “The Gift” as well as one of my personal favorites, Tony Daniel on art duties. “The Gift” will feature Booster Gold as he attempts to find the perfect wedding gift for the Bats. With his time-traveling abilities, Booster goes back to the past and saves Bruce’s parents, which of course alters the timeline. Bruce is no longer Batman. Instead, Dick Grayson, without the assistance of Bruce, finds his way into the cape and cowl. And similar to Thomas Wayne’s Batman, firearms are part of his arsenal against crime. 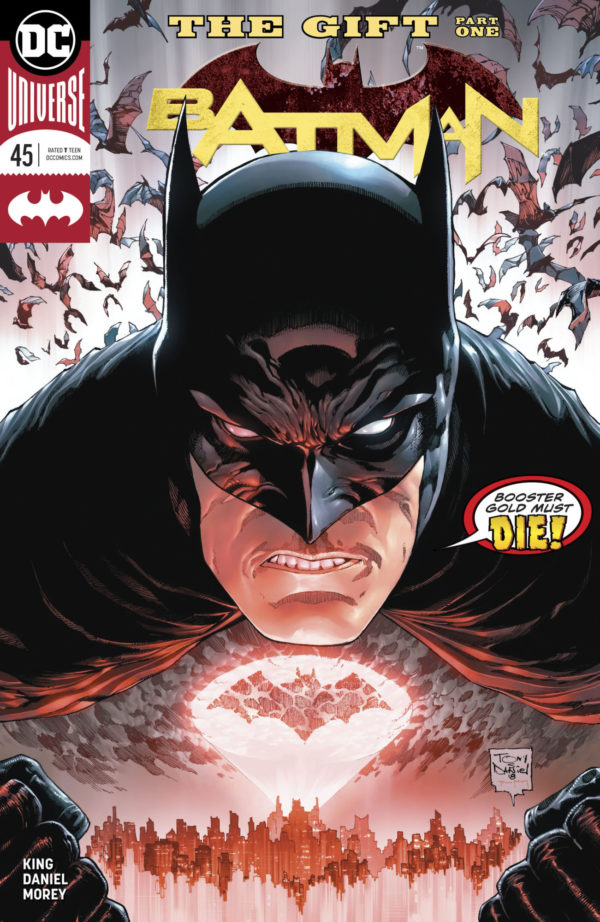 Releasing alongside Batman #45, we will be seeing DC Nations #0 hitting stores, where the Joker learns of Bat’s wedding. He eventually crashes the wedding by kidnapping Batman for the two-issue arc,  “The Best Man,” beginning in Batman #48. The arc eventually leads into the big event in Batman #50. 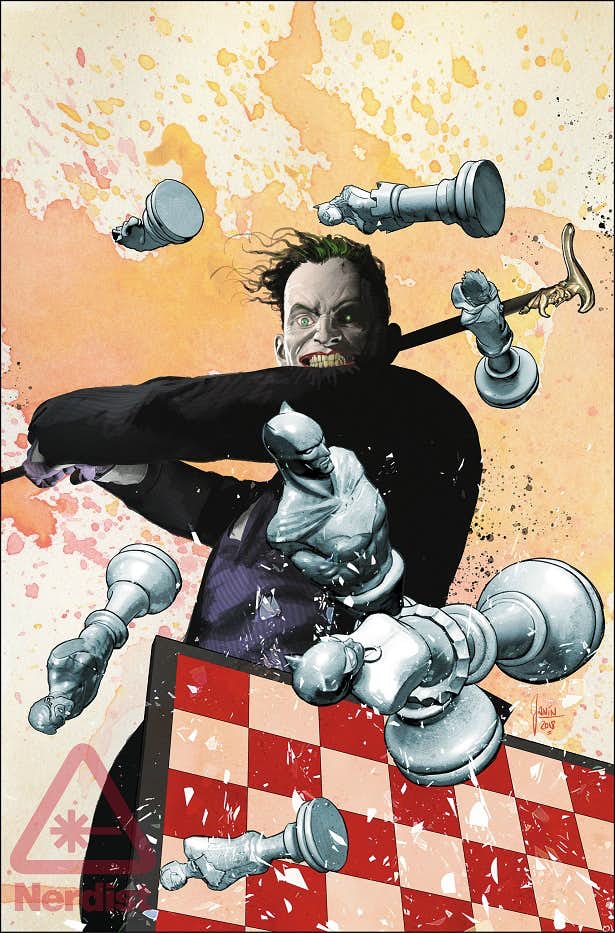 This is going to be a huge event in Batman history and DC is going to make sure you don’t forget it!