WonderCon, one of the largest comic book conventions behind San Diego Comic Con is currently underway. As usual, a lot of things are happening, but DC fans were mostly anticipating the DC Comics’ Publisher panel that took place yesterday. And they delivered.

It was announced recently that Scott Snyder will be taking over Justice League in June. The title will be relaunched with the mini-series No Justice, which will take place after the events of Dark Knights Metal. Yesterday, it was that revealed two new Justice League titles will be born out of that relaunch. We’re getting a new Justice League Dark title with a new roster and an altogether brand new Justice League team that will handle the cosmic side of the DC universe. And it’s bonkers.

James Tynion IV will be scripting Justice League Dark with art from Alvaro Martinez, Raul Fernandez, and Brad Anderson. The new team roster will consist of Wonder Woman, Detective Chimp, Swamp Thing, Zatanna, and… Man-Bat. Man-Bat is a creature made from science, so I’d love to see Kirk Langstrom’s scientific education put to work against the supernatural.

After the huge announcement, Alvaro Martinez took to Twitter to release a few character designs for the team. Simply put, they look great. 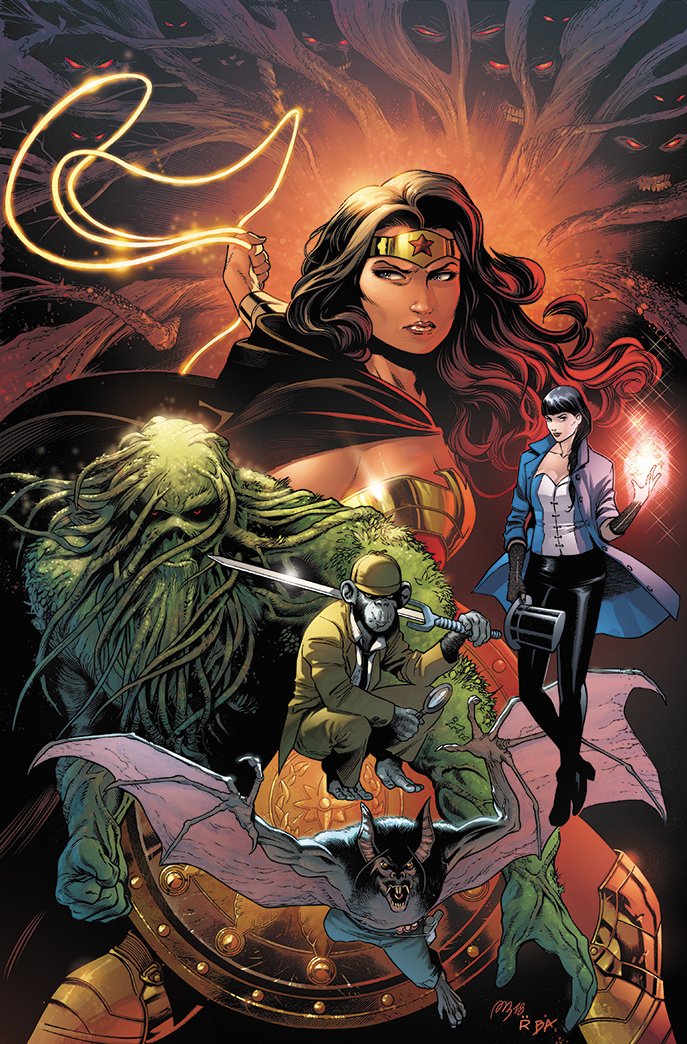 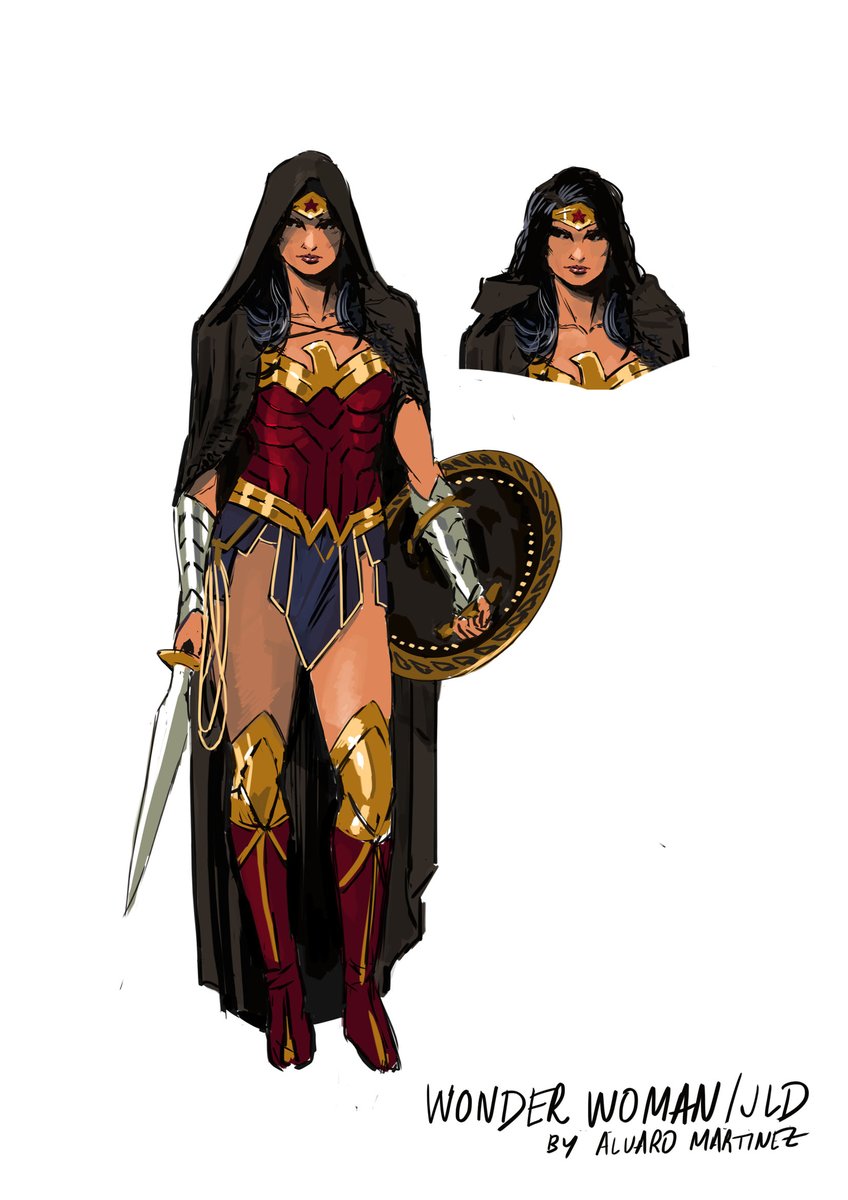 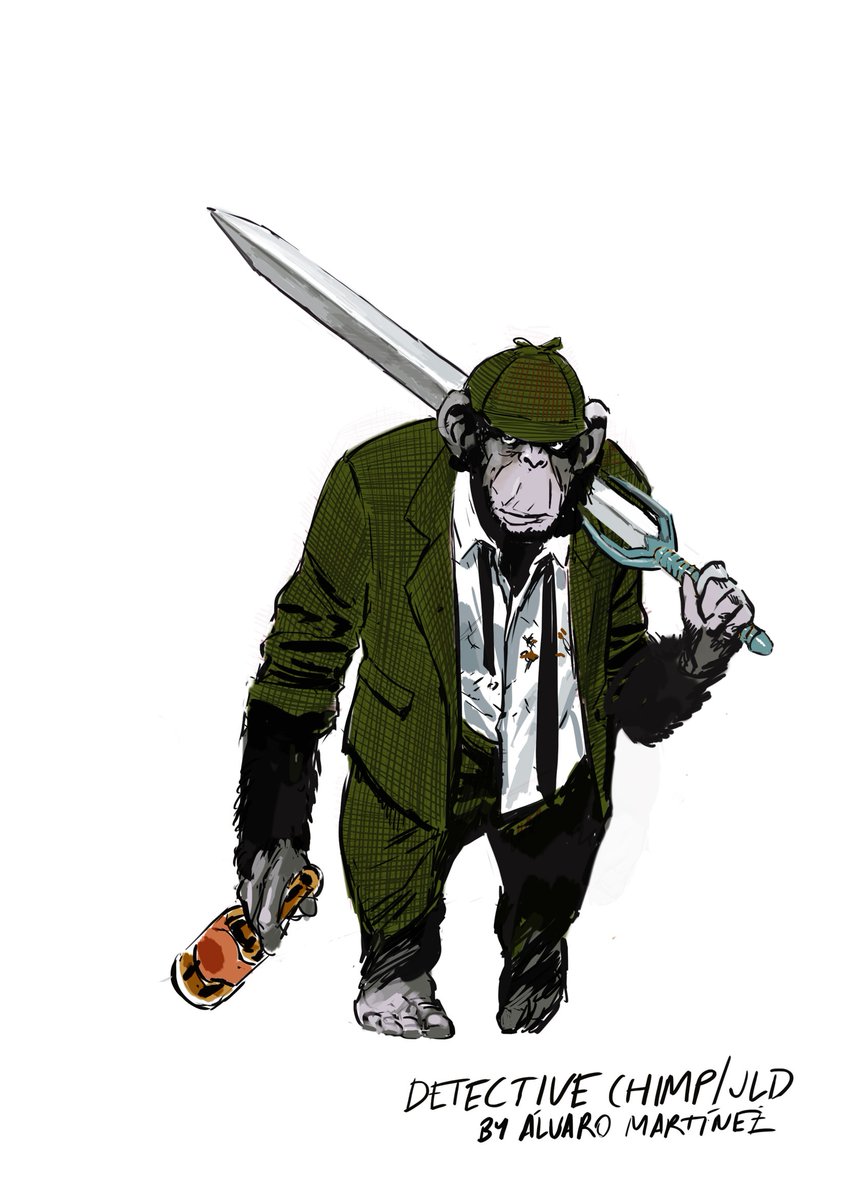 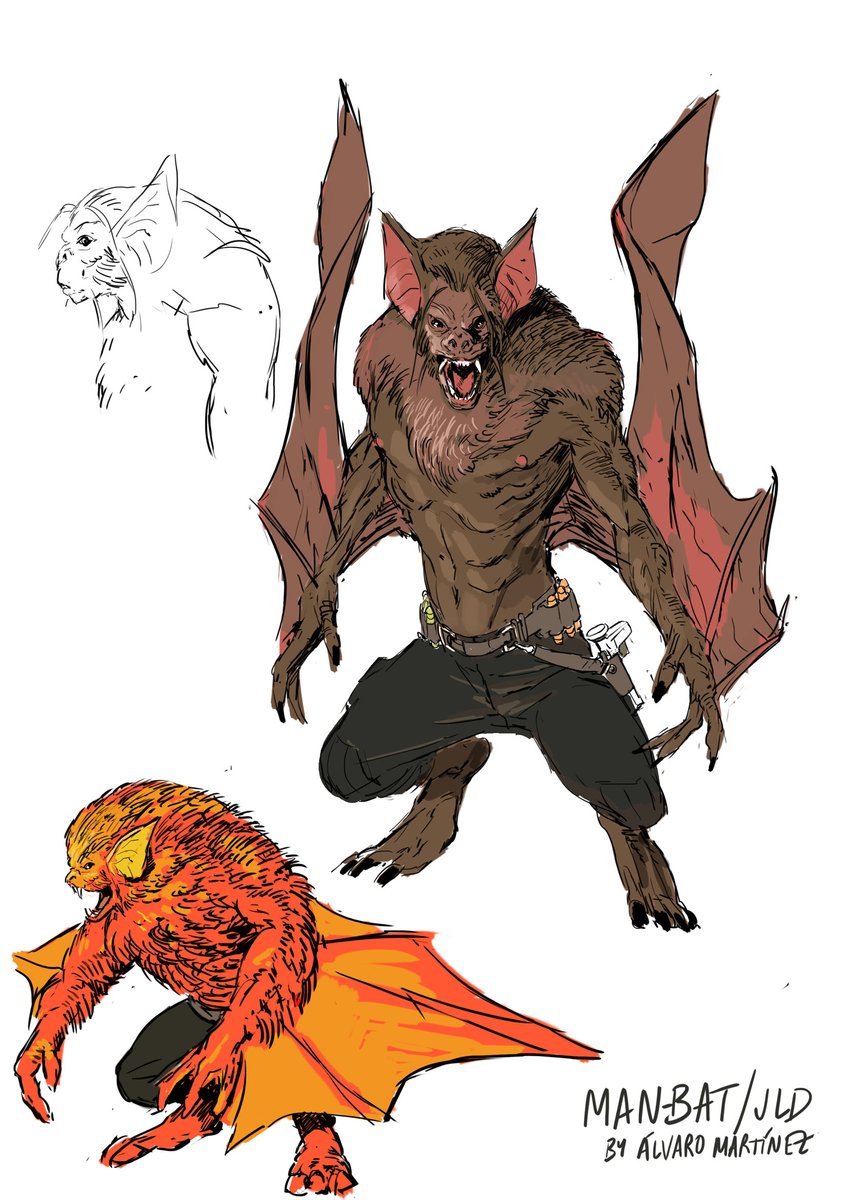 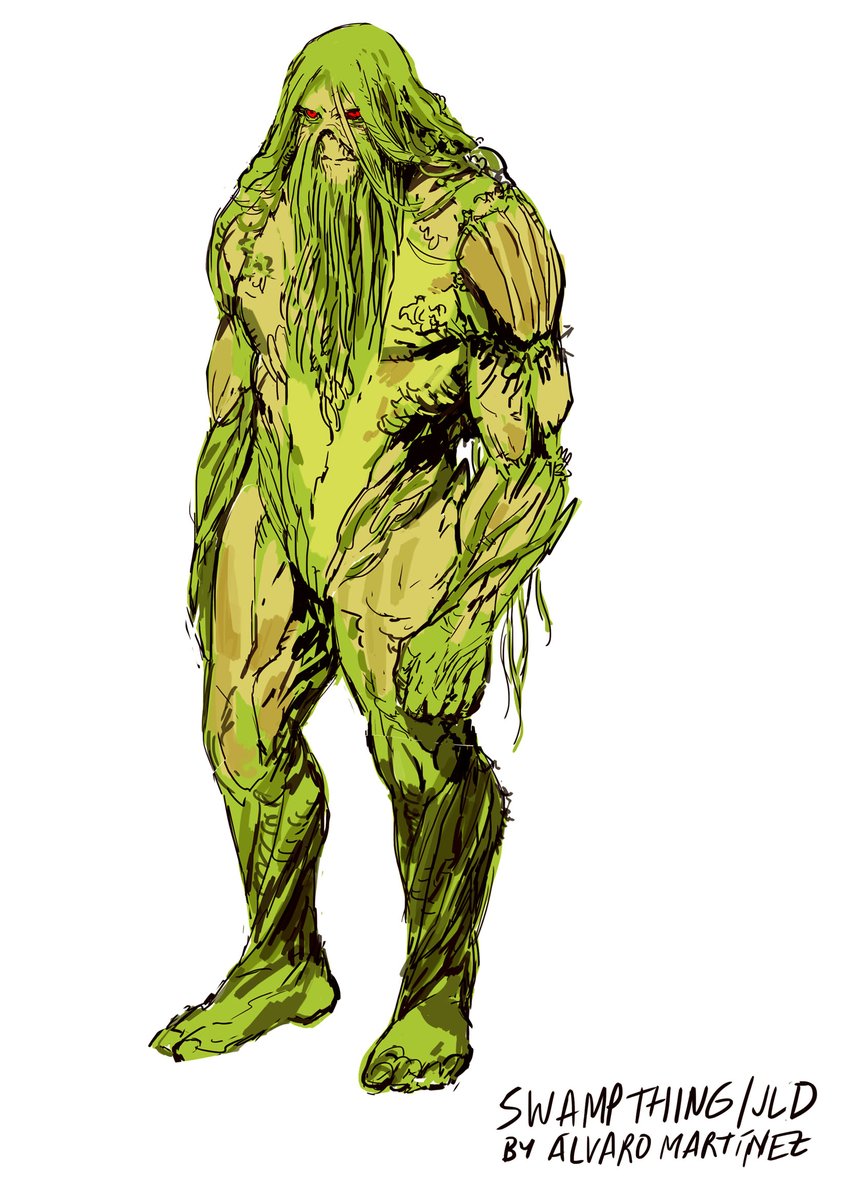 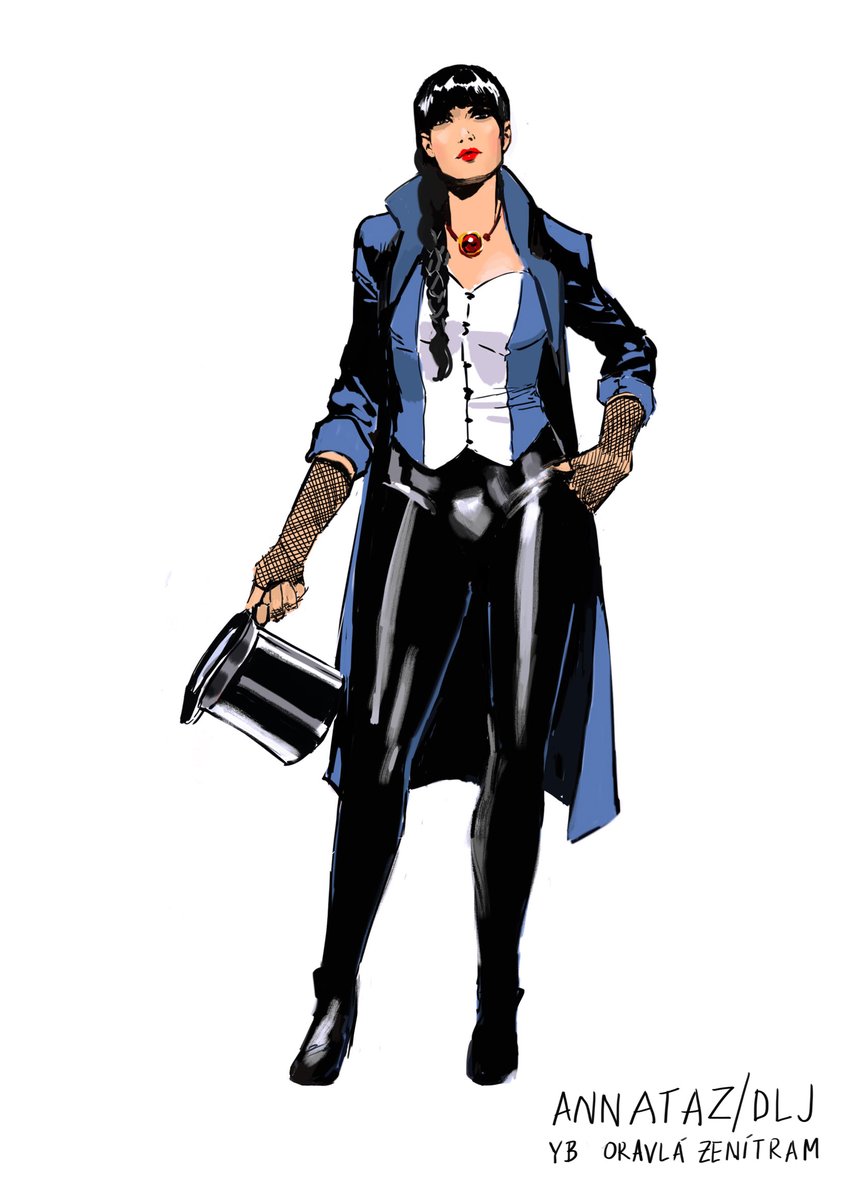 Here is when it gets bonkers. Yes, we now have a Justice League team that handles matters outside of Earth. The title is called Justice League Odyssey and will be written by Joshua Williamson with Stjepan Sejic handling art. The team will consist of Cyborg, Jessica Cruz, Azrael, Starfire, and… (hold on, what?) Darkseid. No, that’s not a typo and no, that’s not fancasting. It is actually Darkseid, just a younger version from the current Wonder Woman run.

Similar to Martinez, Sejic went to Twitter to post a ton of artwork, including several discarded versions of the cover. Here’s a look at some character designs: 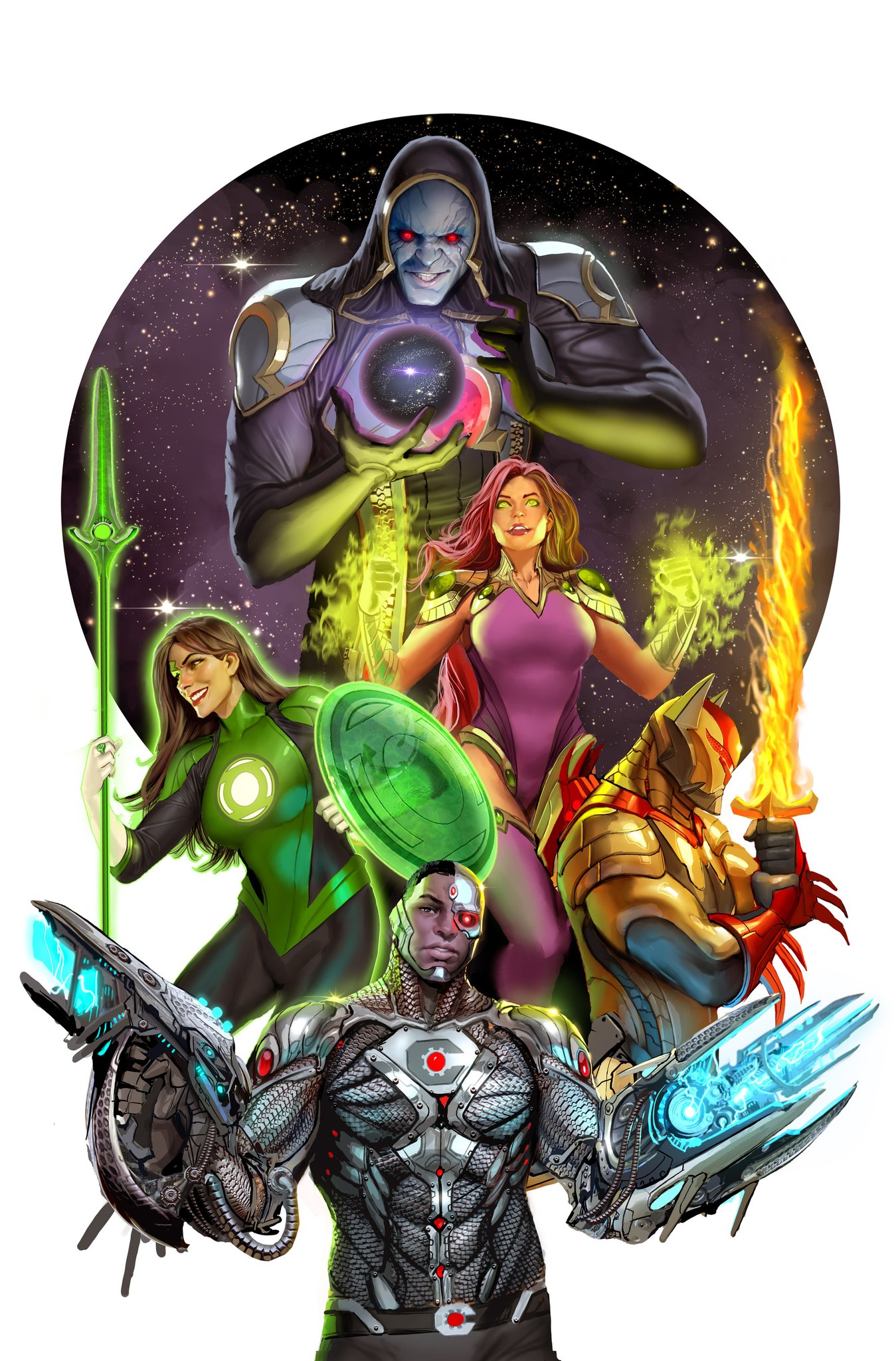 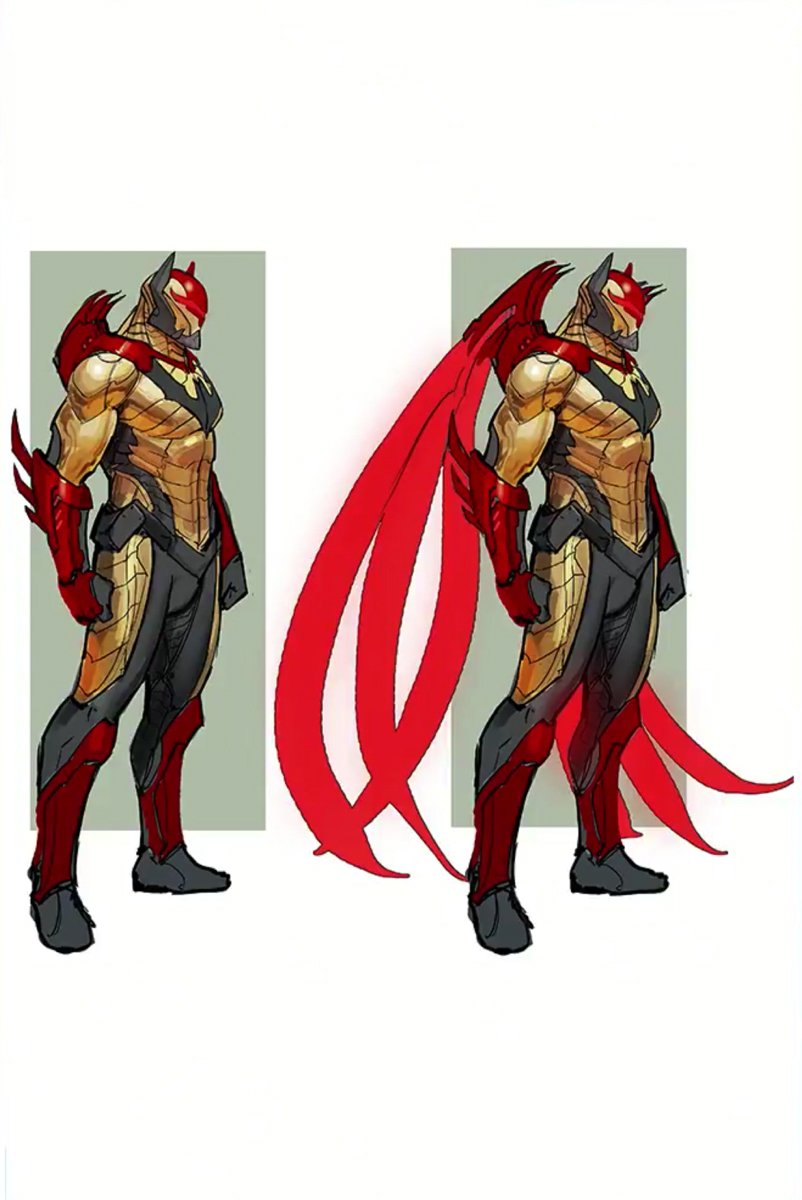 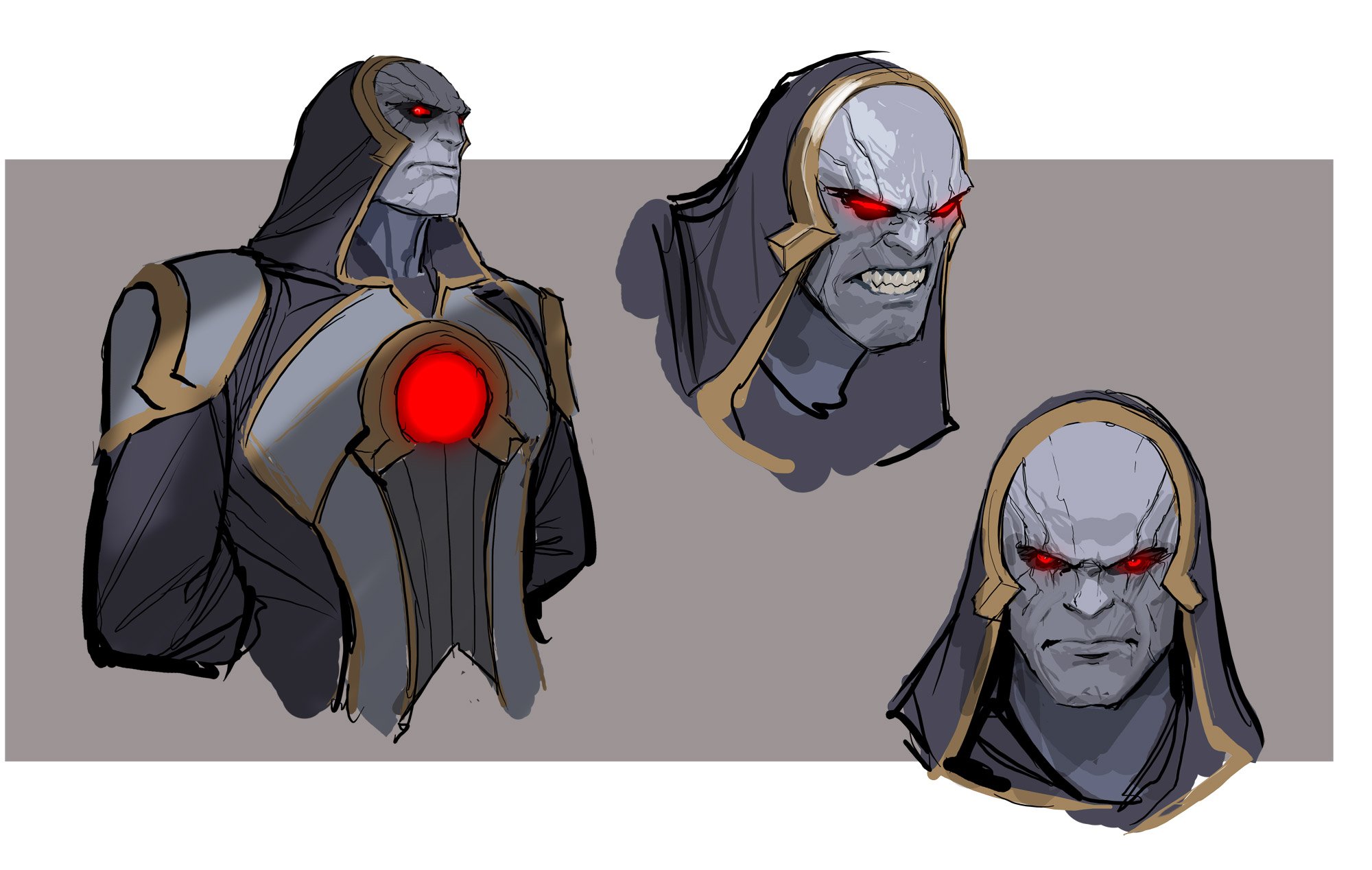 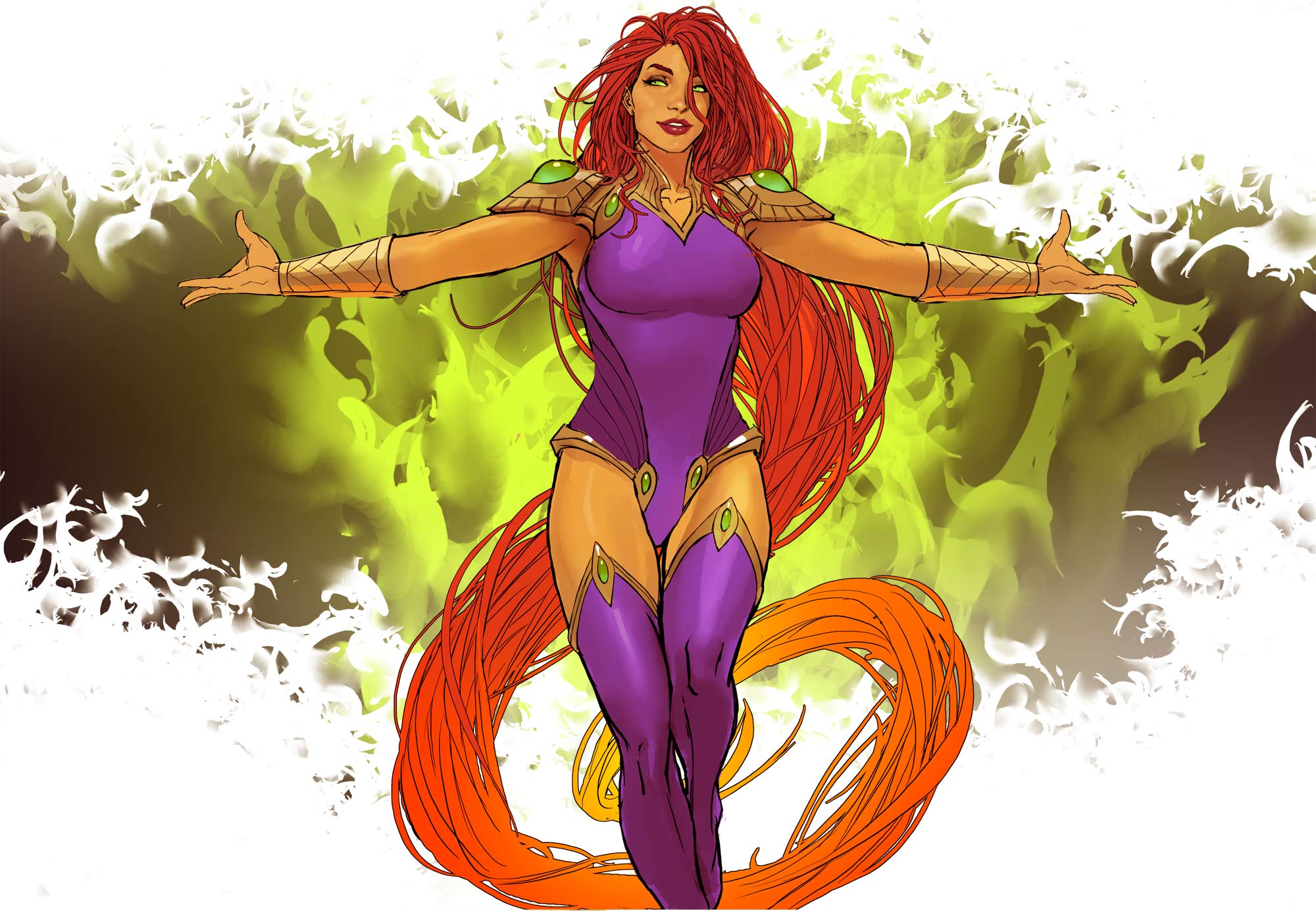 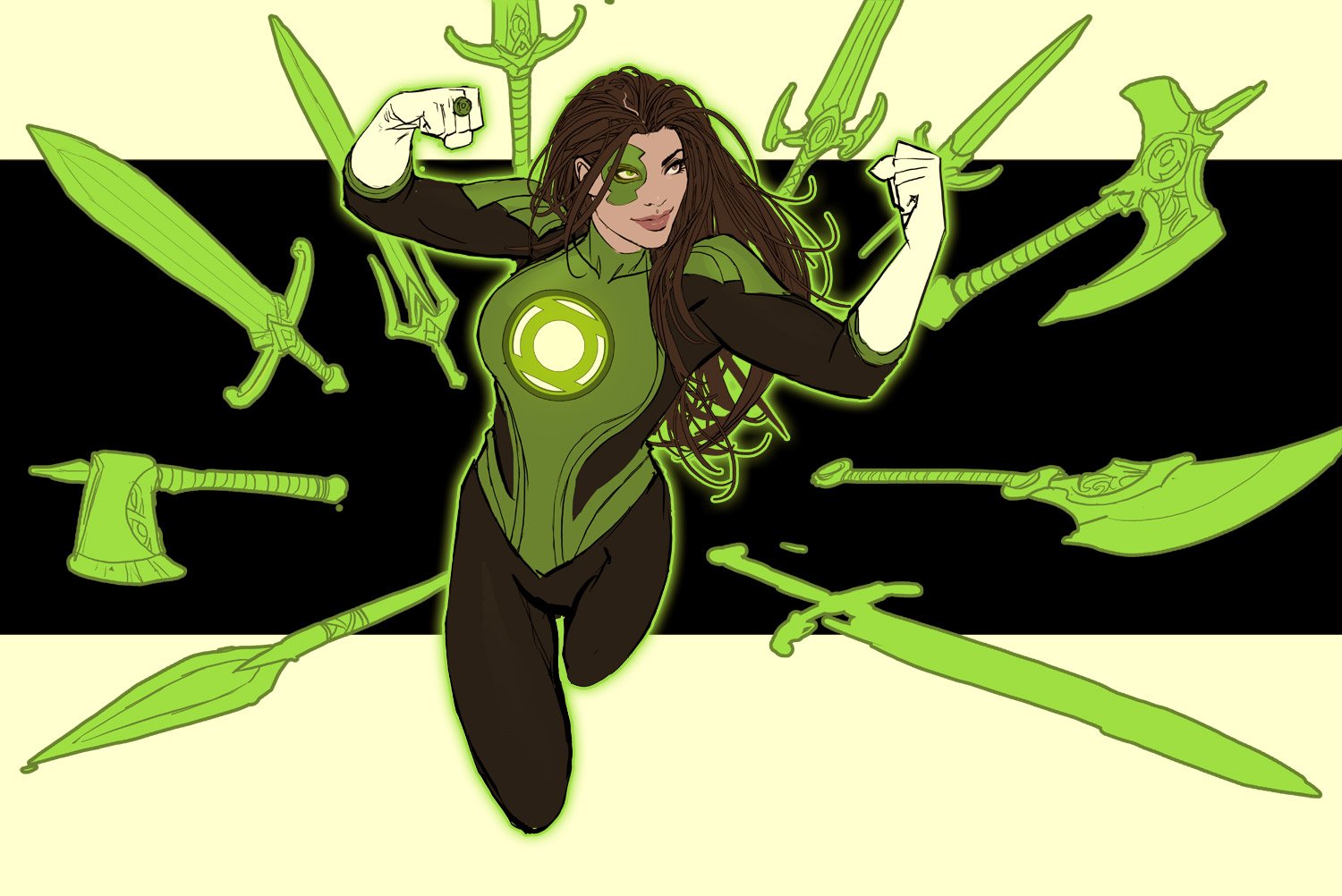 Both new titles will launch in June.

Lobo has a daughter

It was also announced that a new creative team will be getting behind the wheel of Teen Titans. Adam Glass, a TV writer with Supernatural listed in his credits, will be taking over scripting duties and Bernard Chang taking over art. The new creative team will be bringing with them a brand new roster that Damian Wayne will be leading. The roster includes favorties Red Arrow and Kid Flash, with three brand new characters called Djinn, Roundhouse, and Crush. Crush is the daughter of Lobo…. Also, not a typo. Yes, Lobo has a daughter. The new team will take over duties on issue #20, coming in June.

Here’s the cover, drawn by Chang: 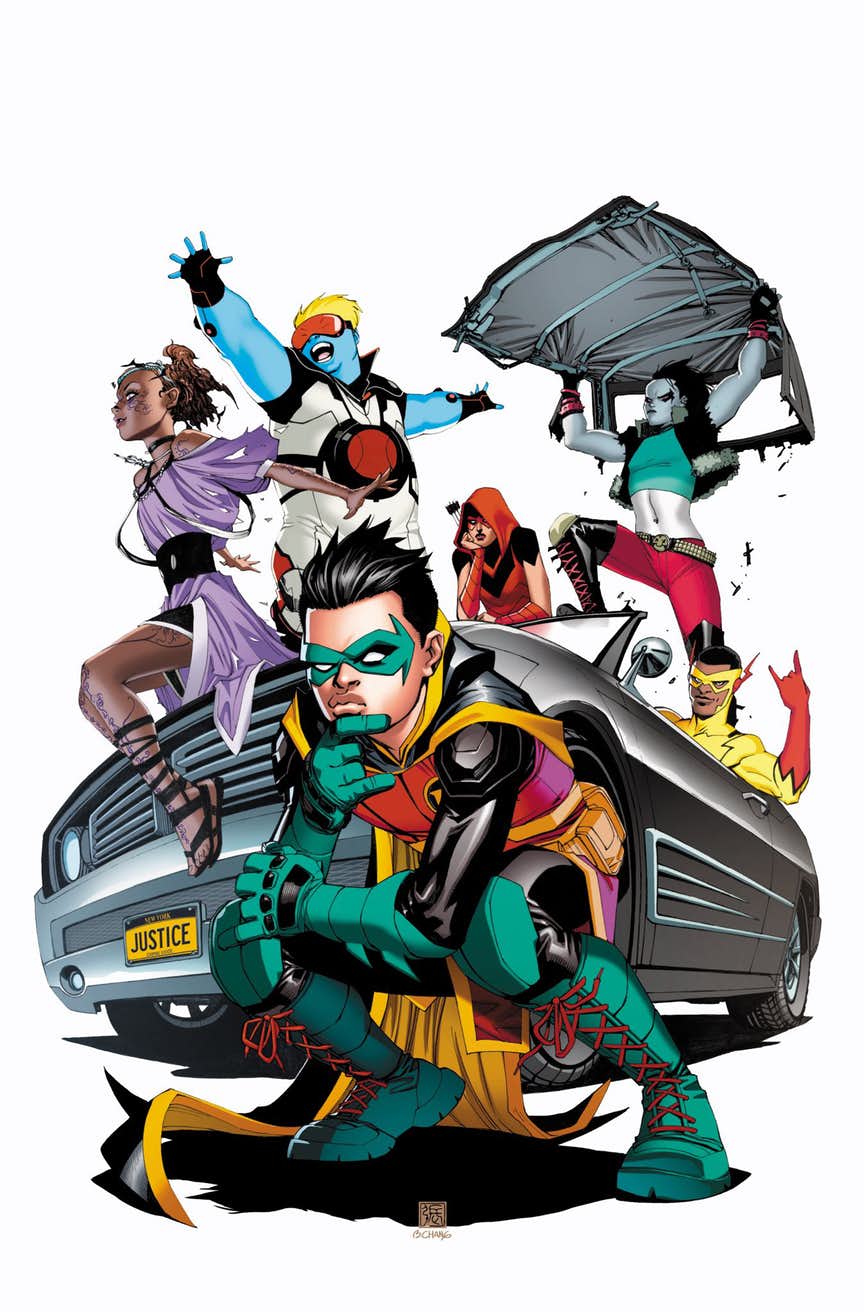 It looks like it’s going to be a whacky series.

Here’s a closer look at Crush, daughter of Lobo by Jorge Jimenez. (I have to keep typing out that she’s Lobo’s daughter to help myself fully comprehend this new truth.) 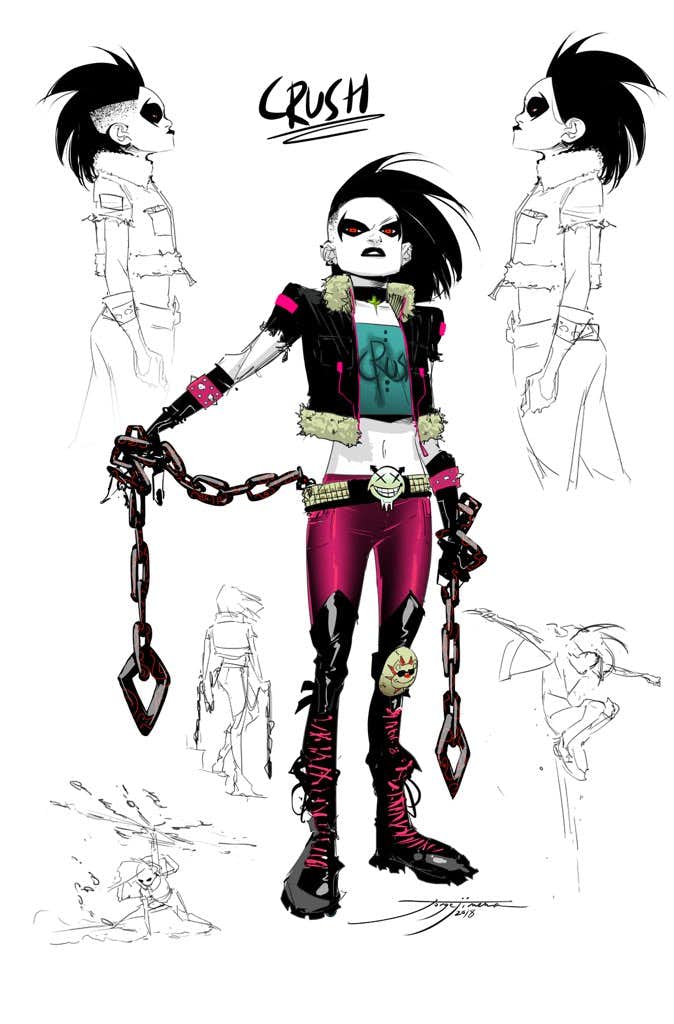 Lots of news to process. This summer is going to be another big year for DC Comics.