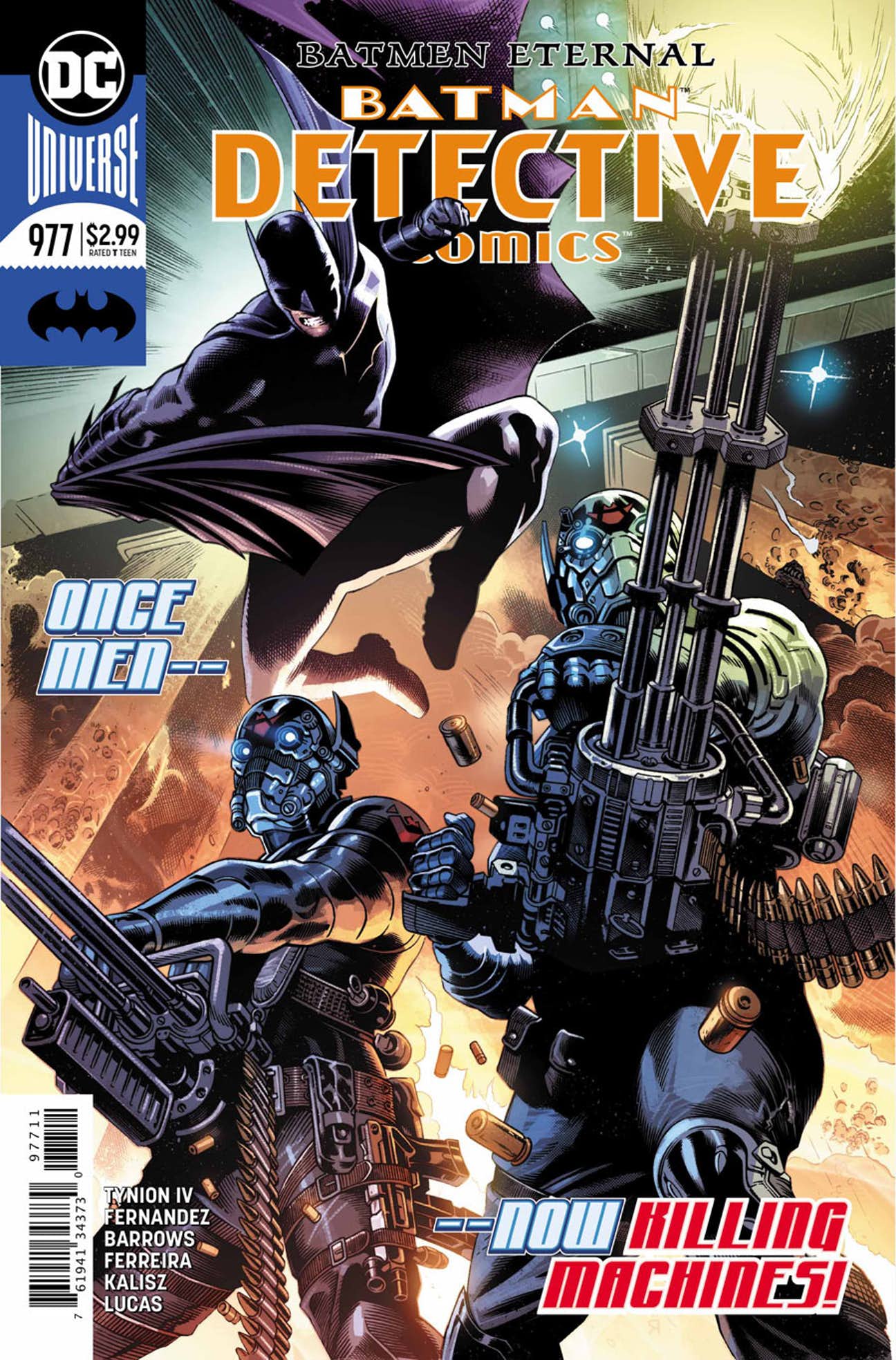 CBR recently published a preview of the latest issue of Detective Comics.

Some serious stuff is going down between Batman and Batwoman. How does this affect the future where Batman is a wanted criminal? And what’s up with future Tim wearing a letterman sweater? Didn’t those go out of style by the 80’s?

“Batmen Eternal” part two! Batwoman has reunited with her father, and leadership of the Colony is in her hands…but should she take it? And if she does, what is she supposed to do about a problem like Batman? 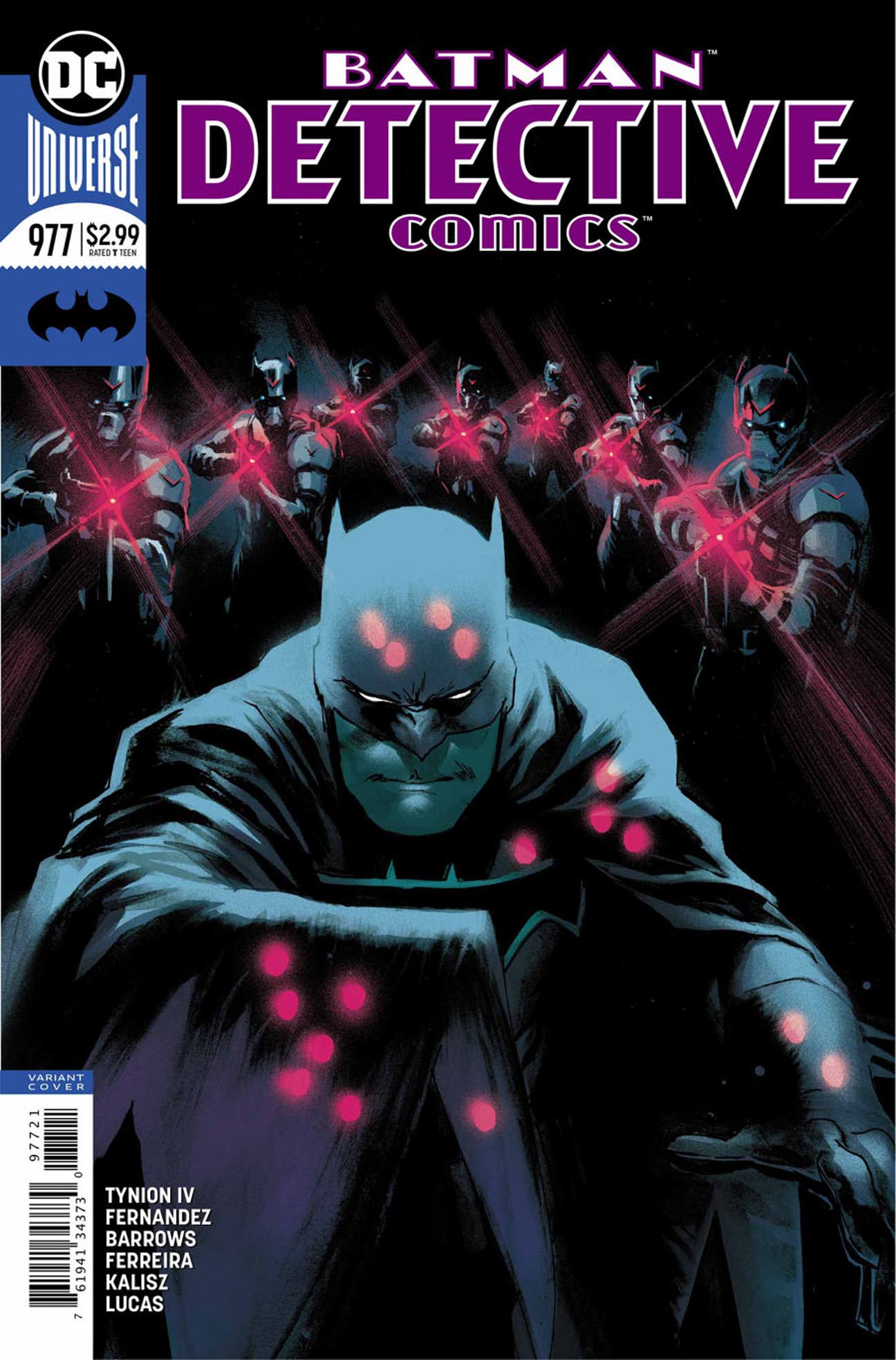 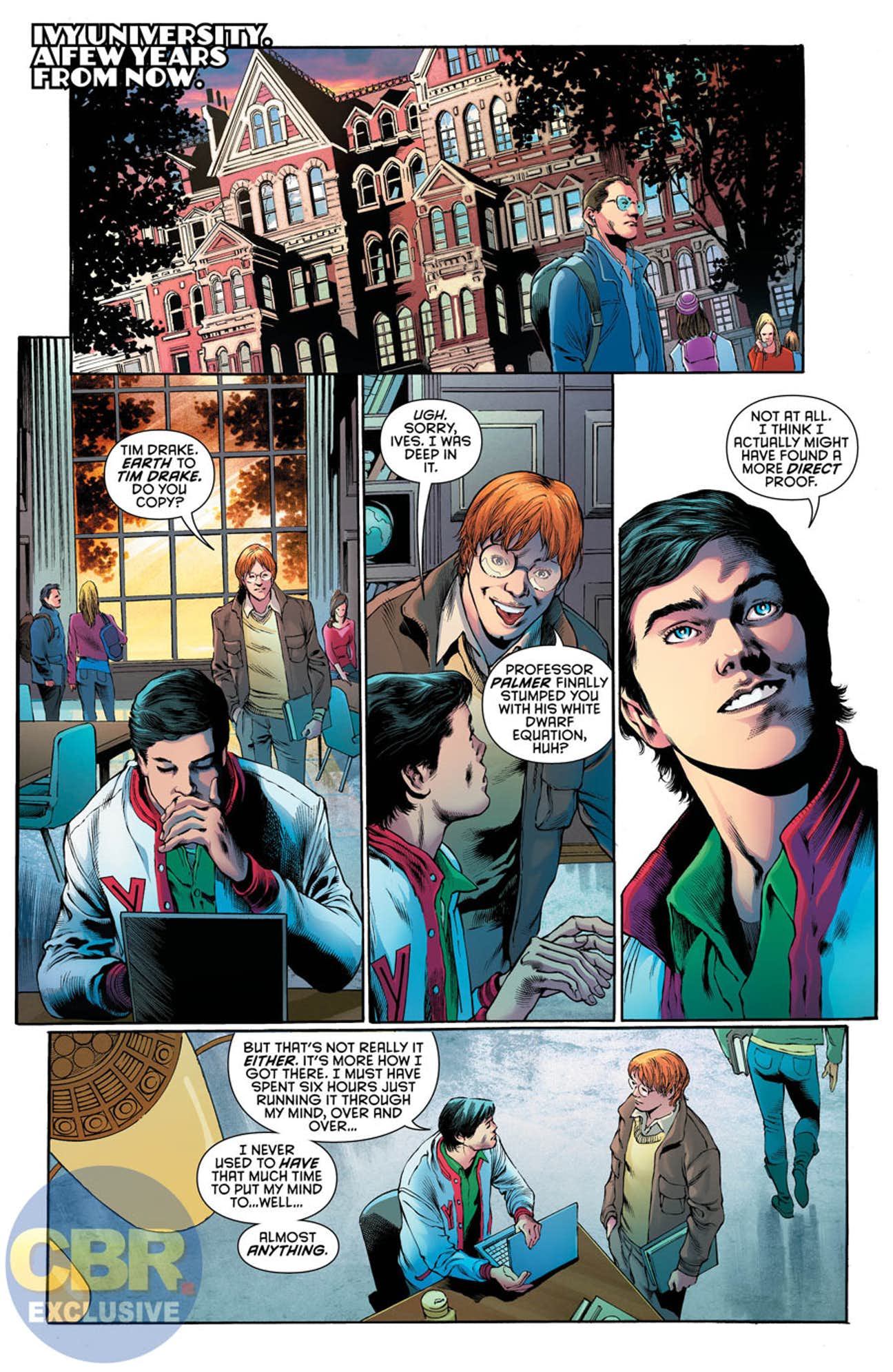 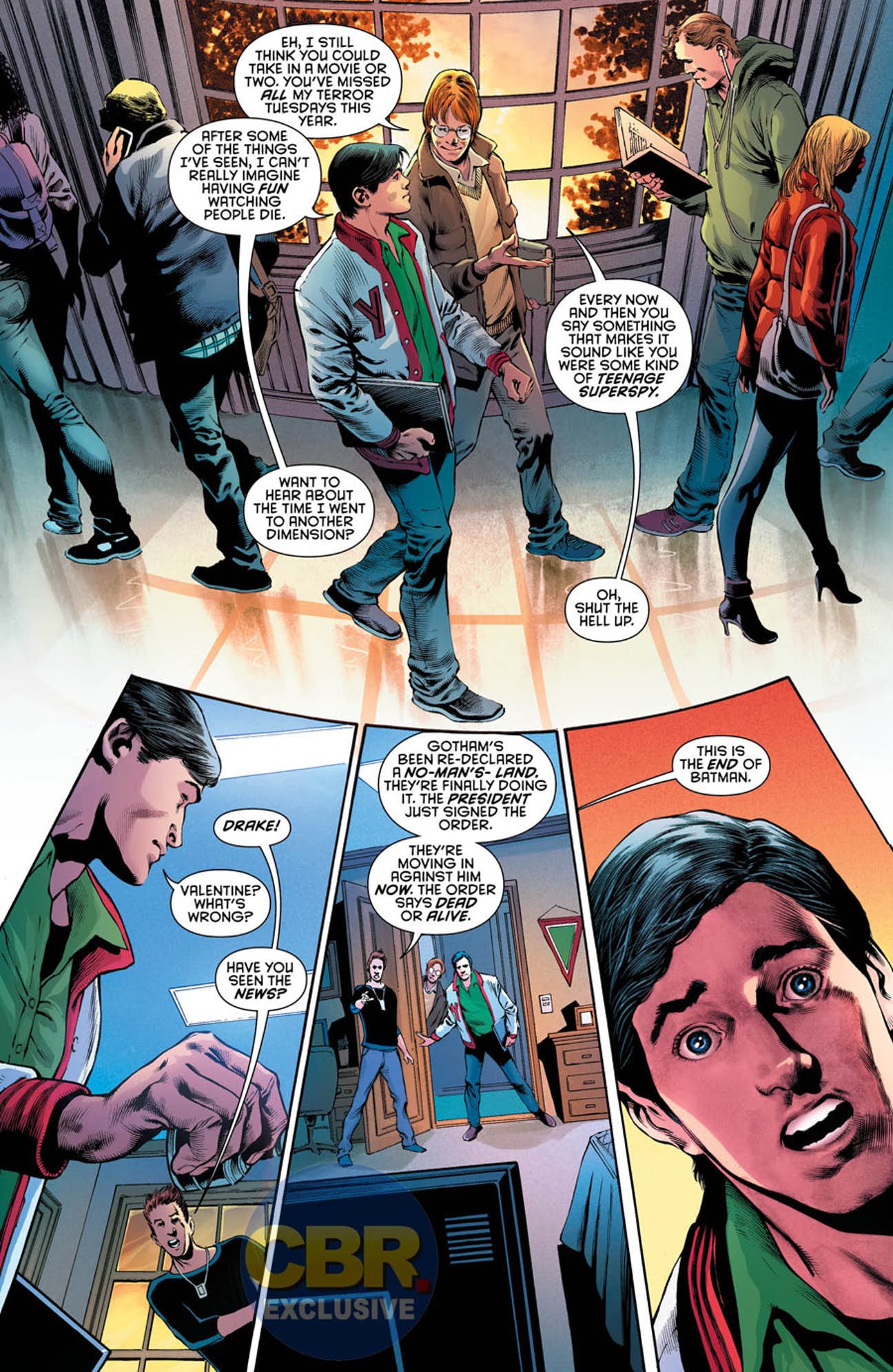 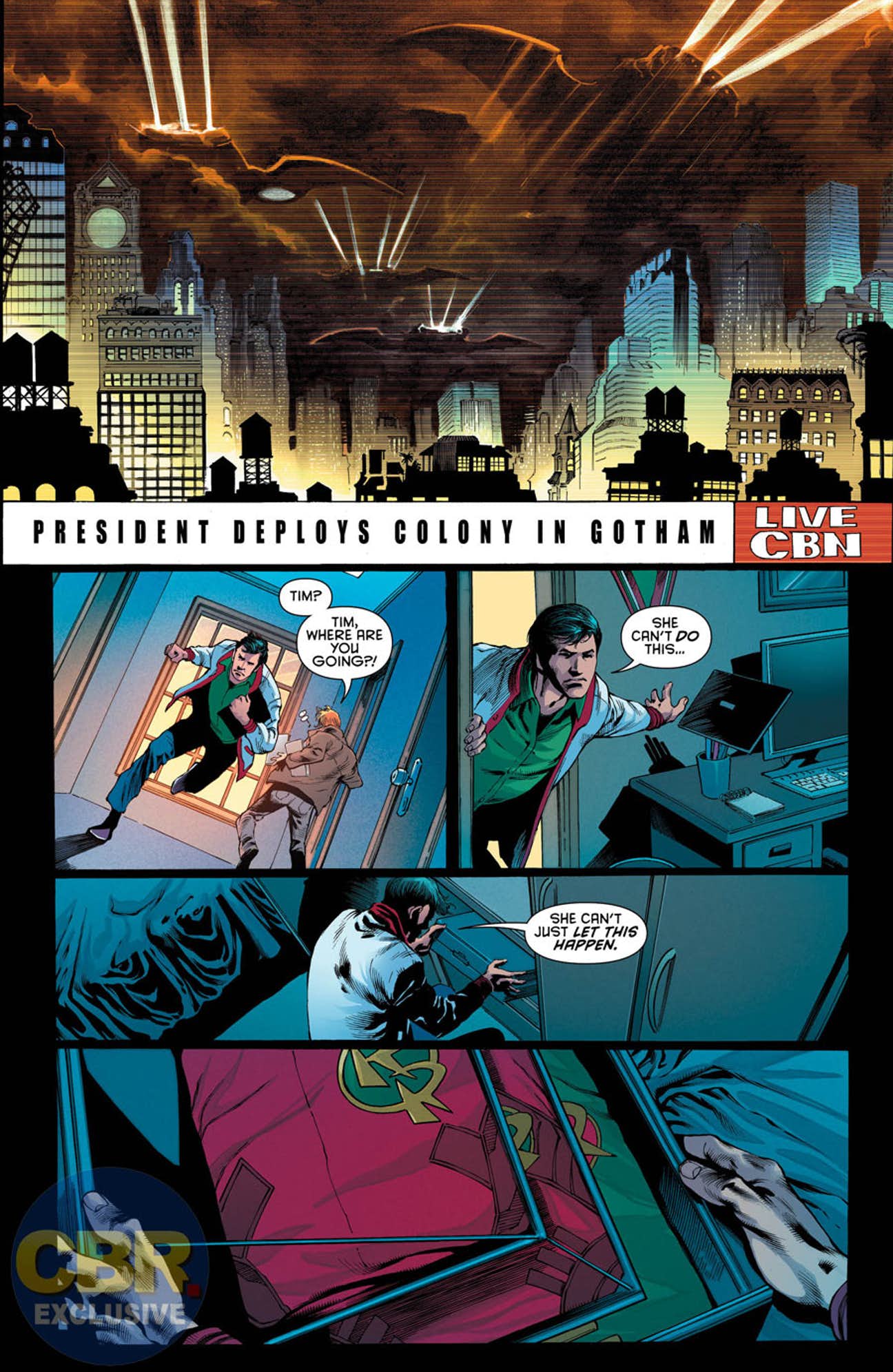 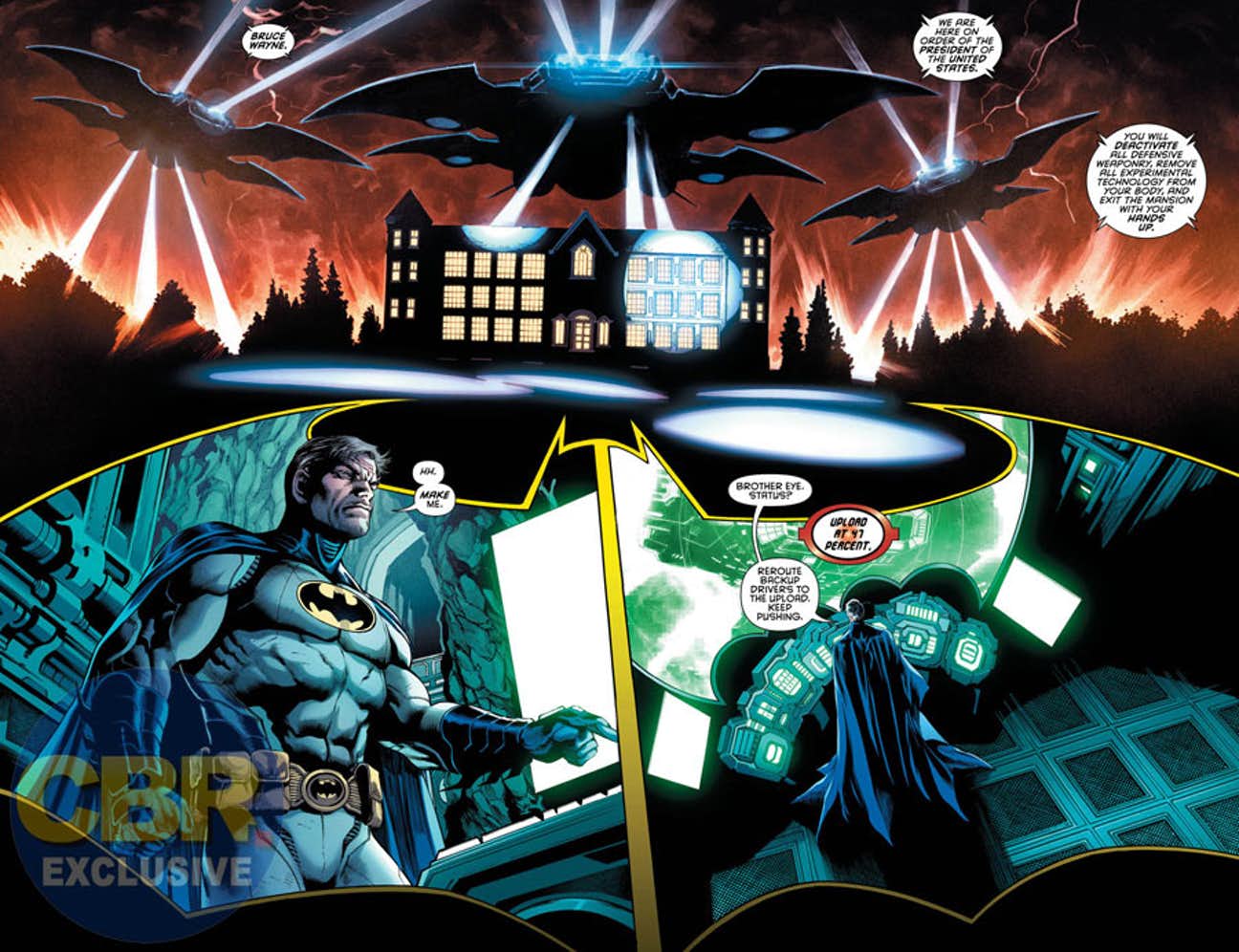