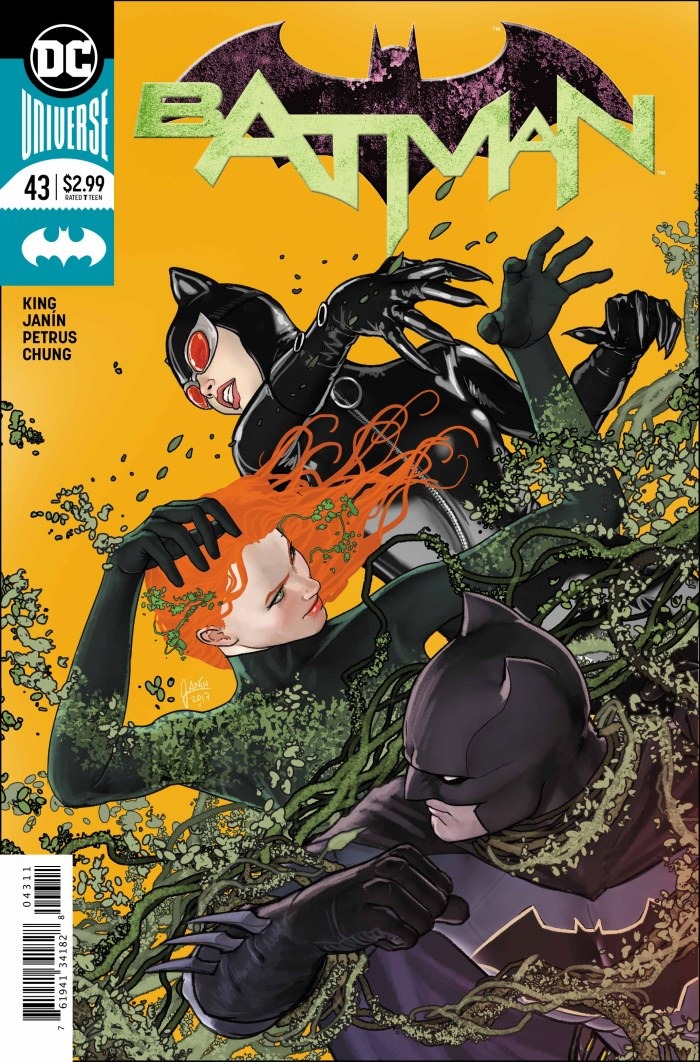 How do Batman and Catwoman take down Poison Ivy when she controls the minds of the rest of the world? Tom King and Mikel Janin do a fantastic job resolving the Batman’s latest conundrum.

The conclusion of “Everyone Loves Ivy” is what an ending chapter should be. It is smart, funny, and emotionally resonating. The last part answers questions in a very satisfying way too that both seems surprising, but in-character for Batman.

Furthermore, the scripting in the comic is smart. King produces some great lines and gags. He also wrote one of the most laugh-out-loud funniest quotes in a comic that I have ever read. More importantly, his characterizations are all on point. King’s portrayal of Harley Quinn and Poison Ivy’s relationship is especially poignant and stand-out.

A common complaint of “Everyone Loves Ivy” is how it seems endemic of DC’s inconsistent characterization of Poison Ivy in recent years. Is she a straight-up murderous villainess? Or is she more of an anti-hero who takes it one step too far? Initially, King presents Ivy as a traditional villainess, but as the story goes on, readers realize there is more to Ivy than what meets the surface. King took what was a potentially big character problem and turned it into Ivy’s personal story arc. That is brilliant writing. And what is more, he integrates it so seamlessly in his story that it feels planned from the start. This is smart comic writing that is reminiscent of  Geoff Johns retconning Parallax in Green Lantern. 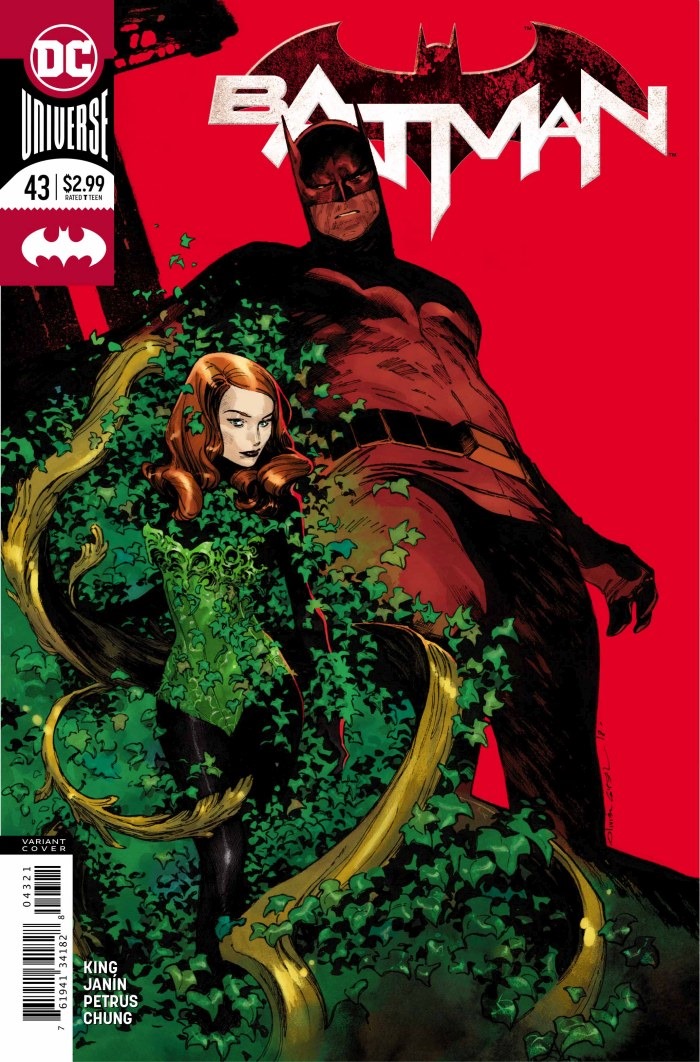 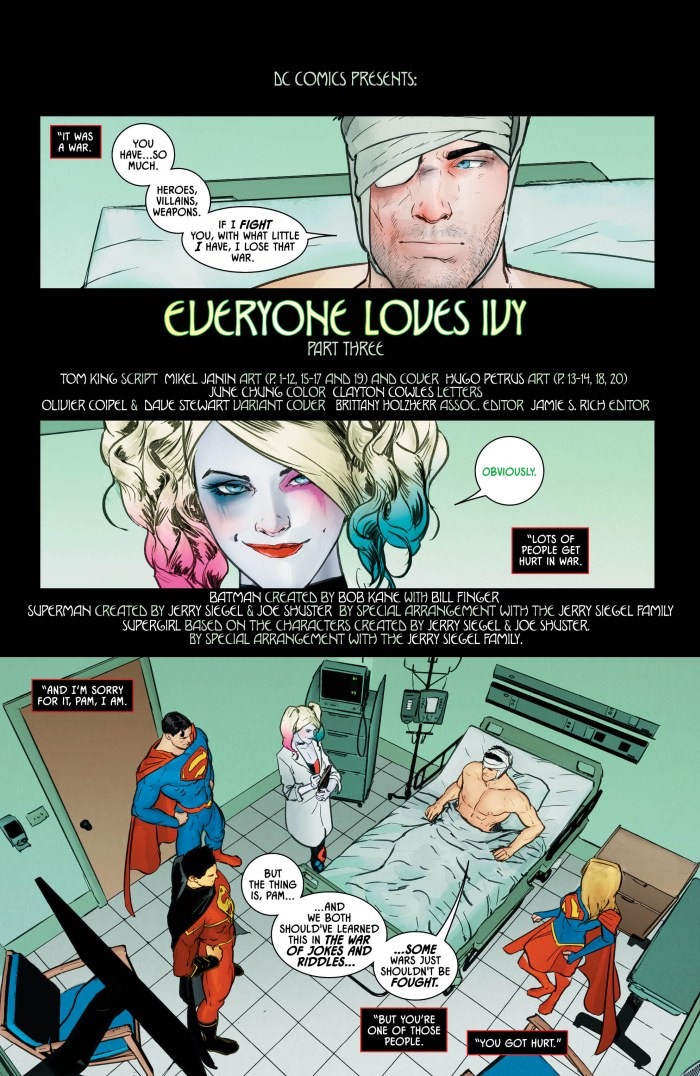 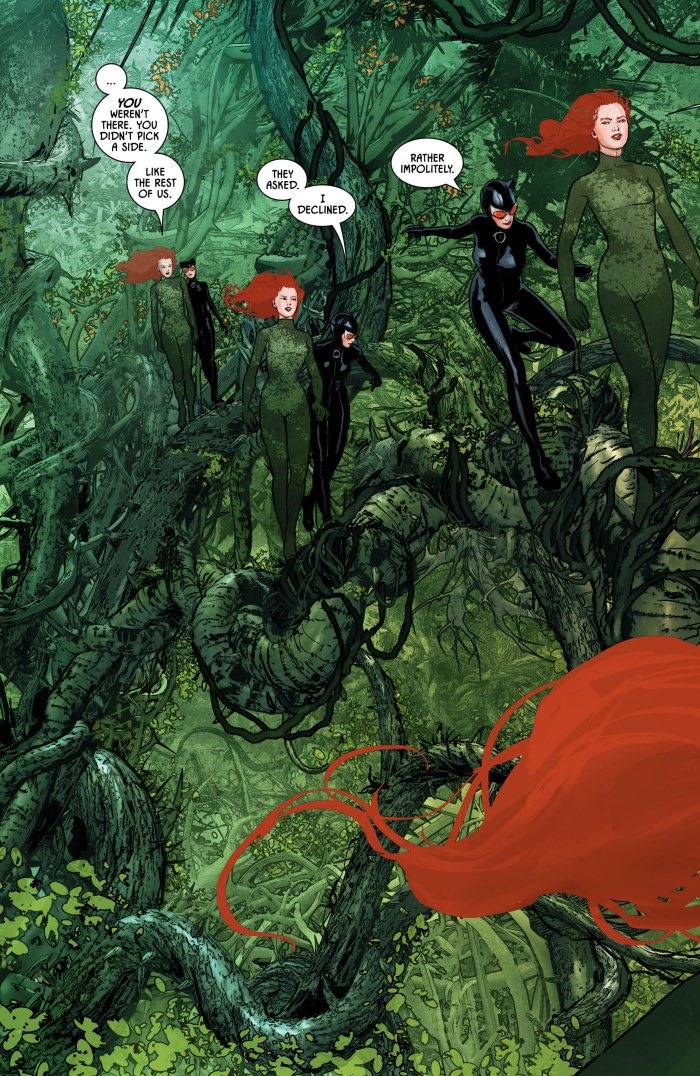 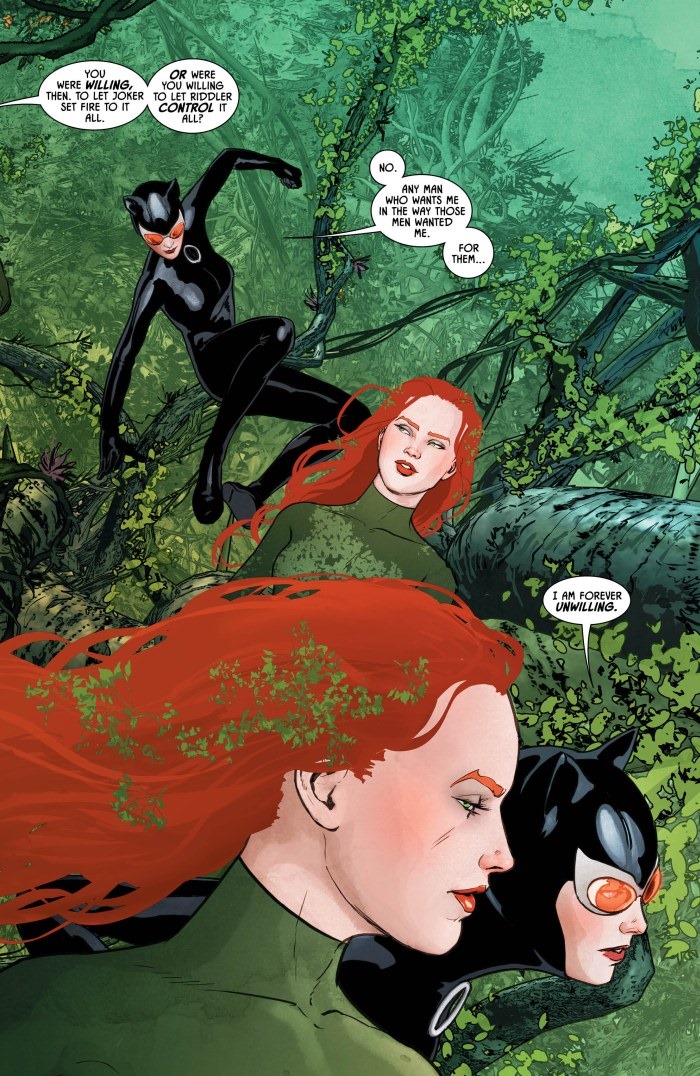 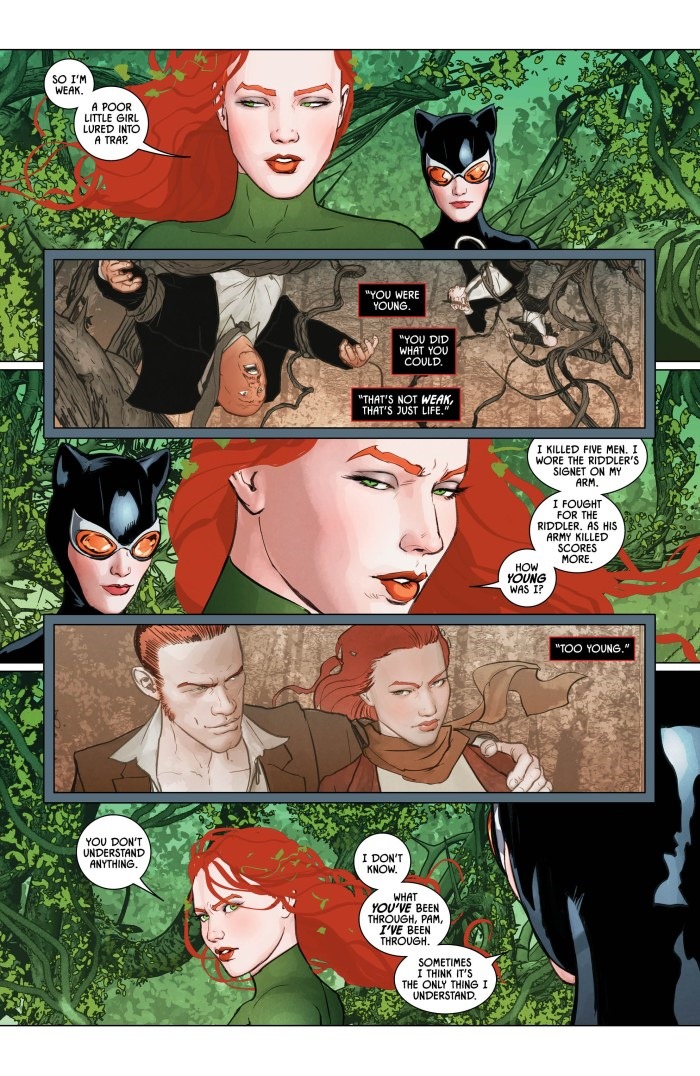 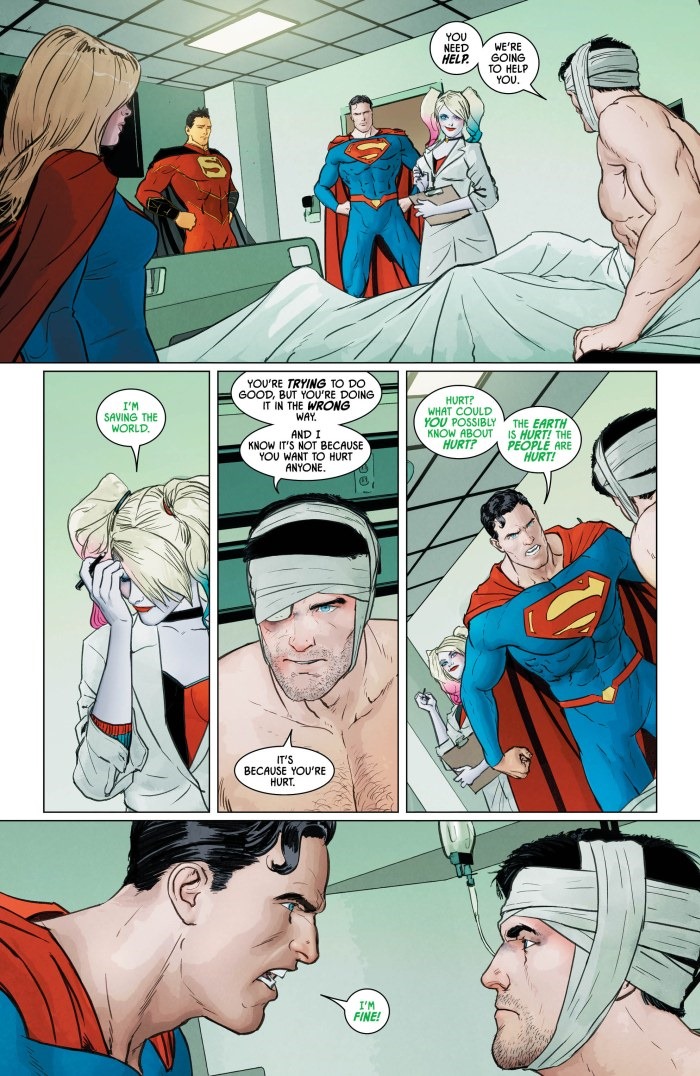 Janin’s art is once again top-notch. More interestingly, his art also helps make a thematic connection between this story and a previous story. Without giving too much away, there is an important plot point that calls back to “The War of Jokes and Riddles”.  The connection to this story and “War” is made more resonating because of Janin’s involvement on both arcs.  It is a great use of the collaboration between writer and artist.

Probably the biggest letdown of the comic is that not everything was wrapped up as nicely as I would like. There is one dangling plot thread that was teased in the previous issue, but unfortunately forgotten in this one. It is a tad disappointing, since it looked like King was setting it up to be important to the story’s resolution. In retrospect, it makes the readers look back and ask, “What was the point of that?”

King and Janin craft a wonderful conclusion to “Everybody Loves Ivy”. It is unexpected, but emotionally and narratively satisfying with only some minor nitpicks.