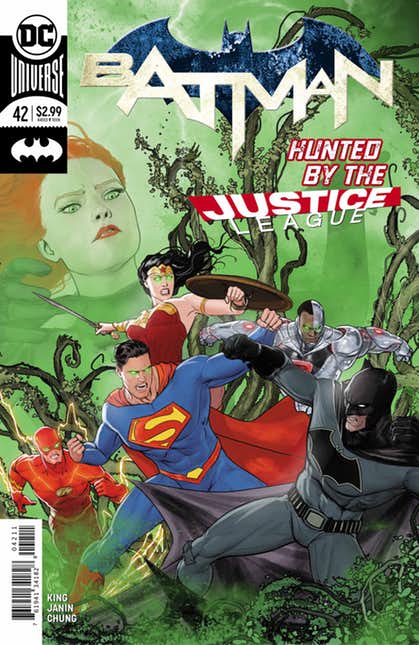 Tom King and Mikel Janin created another fun and intriguing chapter as Batman and Catwoman figure how to fight a whole planet under the control of Poison Ivy.

They say that the middle chapters are the most difficult to write. However, King does a superb job in making his second chapter of “Everyone Loves Ivy” interesting. It has everything that one wants from a middle chapter. King gives just enough answers and hints to satisfy readers, such as the mystery of how Ivy became so powerful. But he also masterfully weaves new plot threads in the comic that pique readers’ continual interest. Who is Johnny Suntres? Why does he threaten Poison Ivy? King does a great job peppering small clues around the comic.

Based on the cover, one can tell that Batman and Catwoman are pretty outmatched when they go up against an Ivy-controlled Justice League. Fortunately, the cover is not a cop-out. Batman and Catwoman do actually fight most of the Justice League and it is mostly satisfying. The only real complaint is how the Flash is dispatched. It can seem incredulous and frustrating for Flash fans to see him taken out so easily. Fortunately, King even thought of a believable way for that to occur. 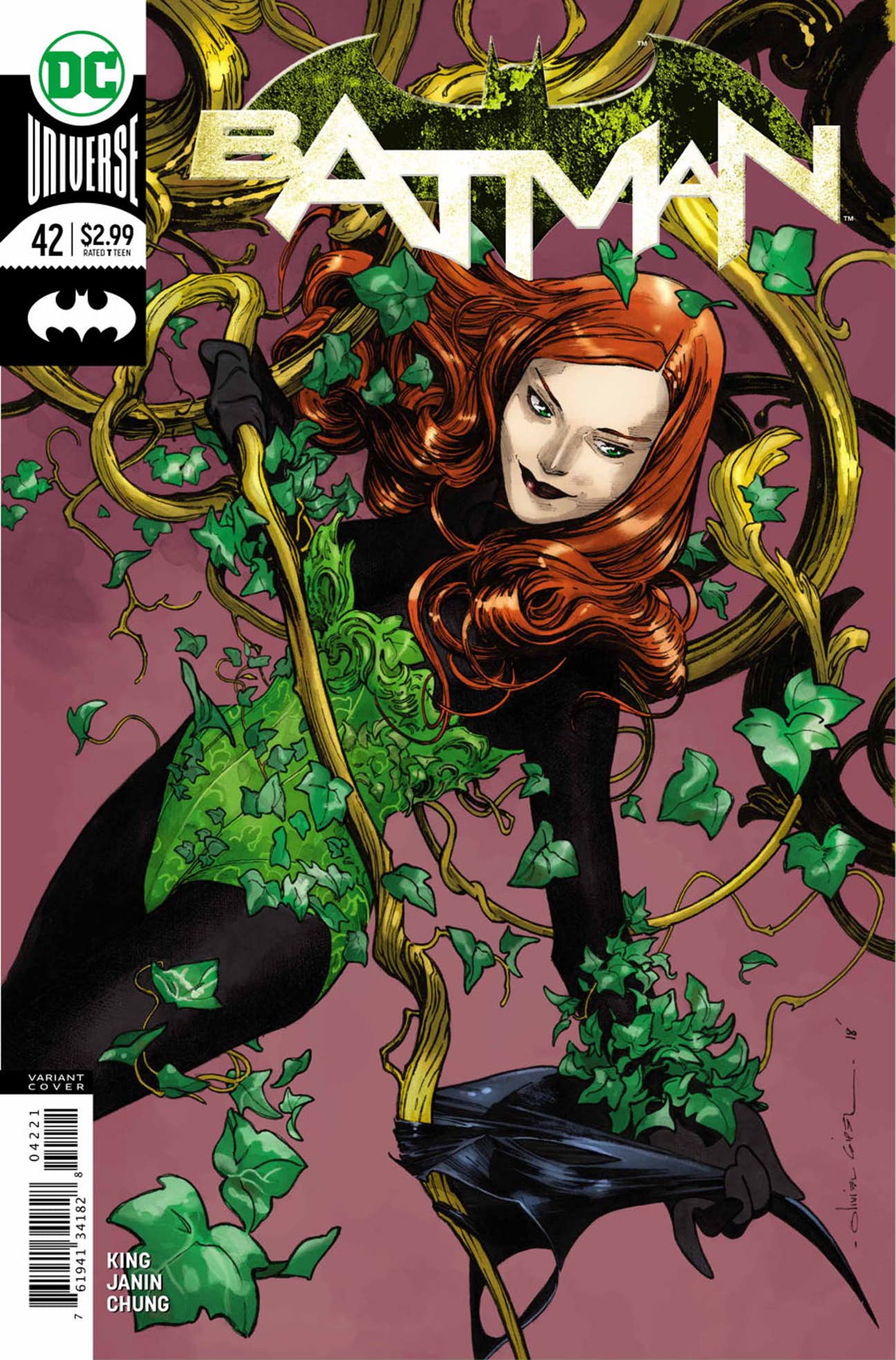 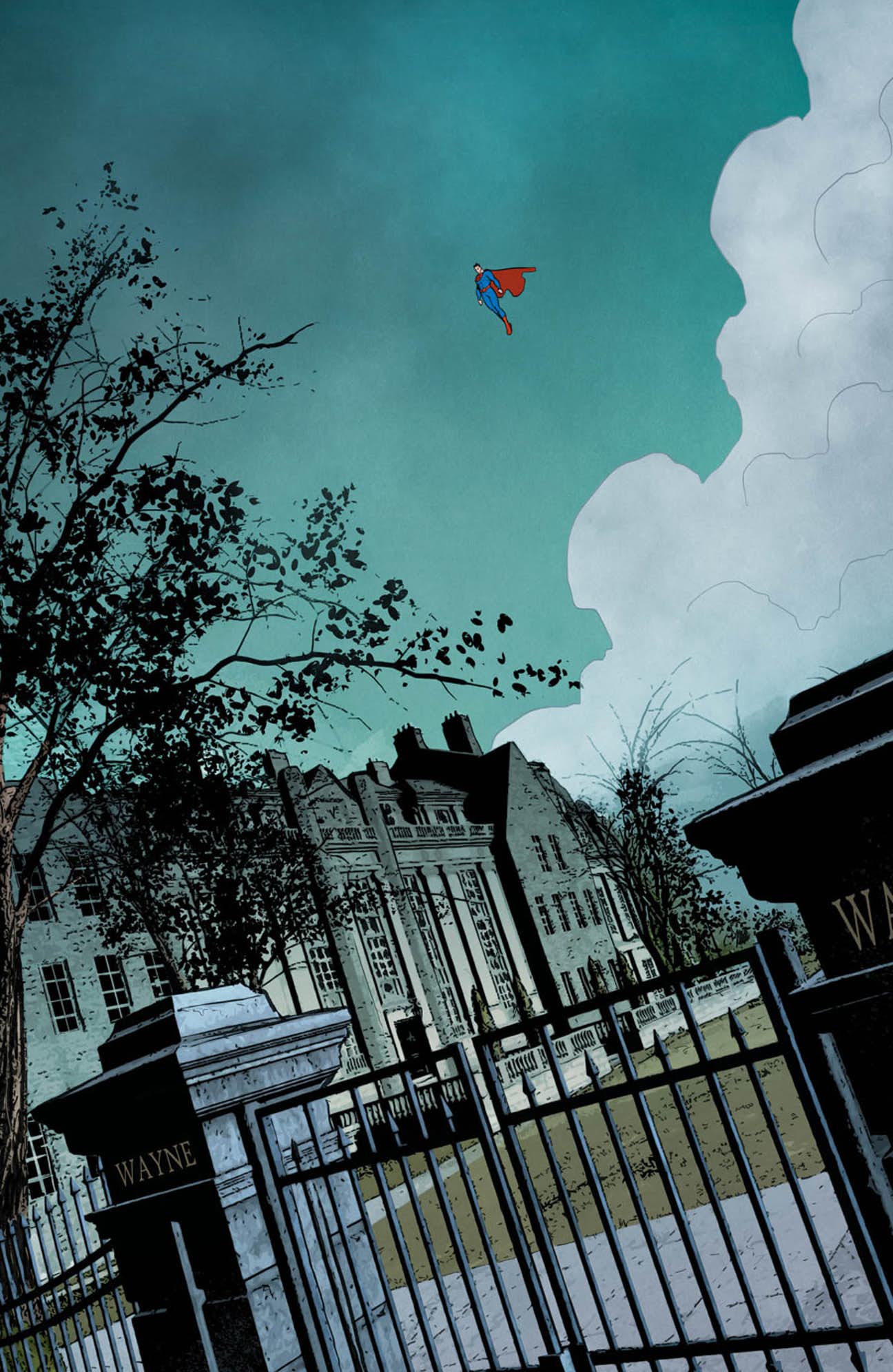 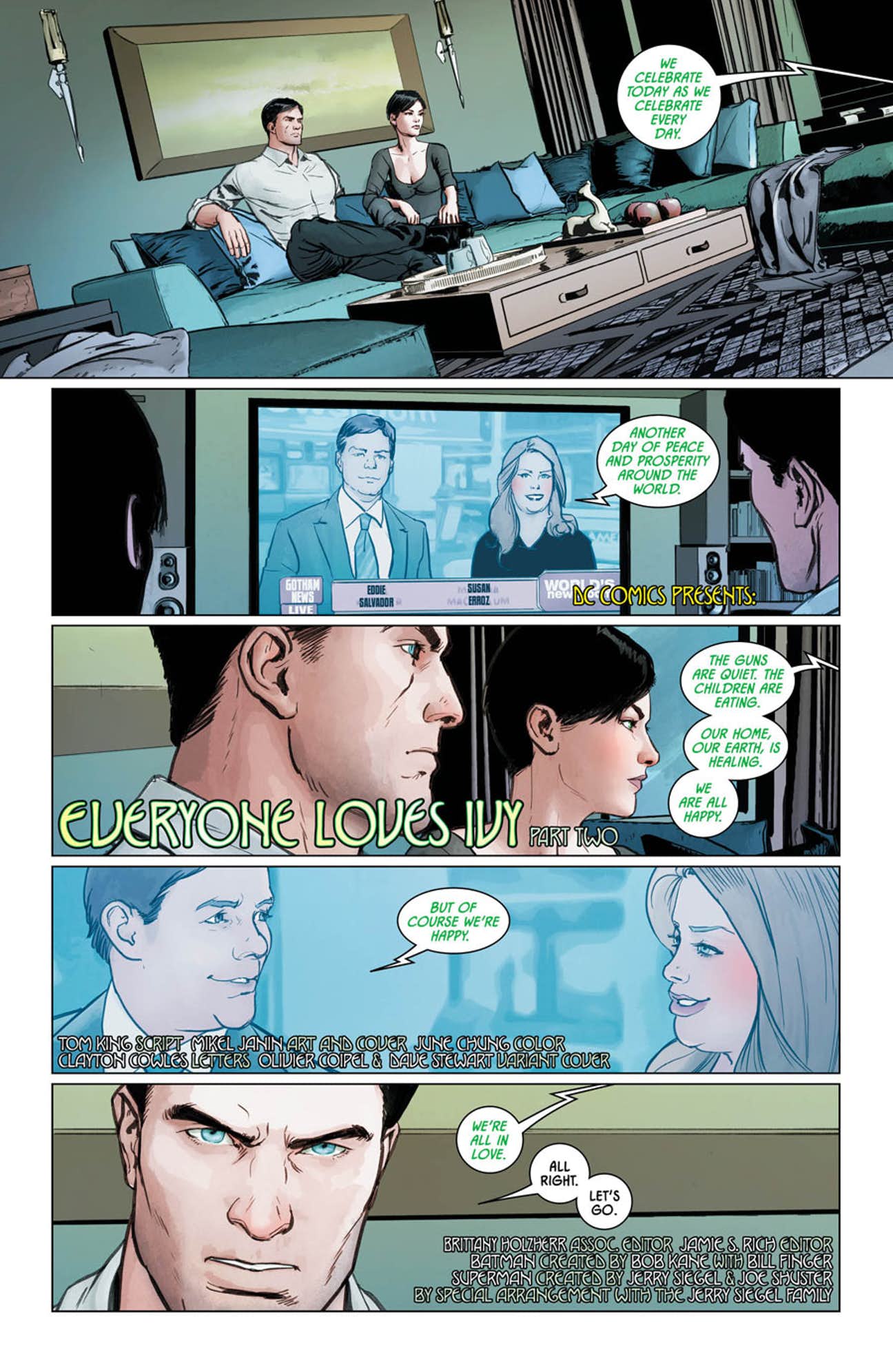 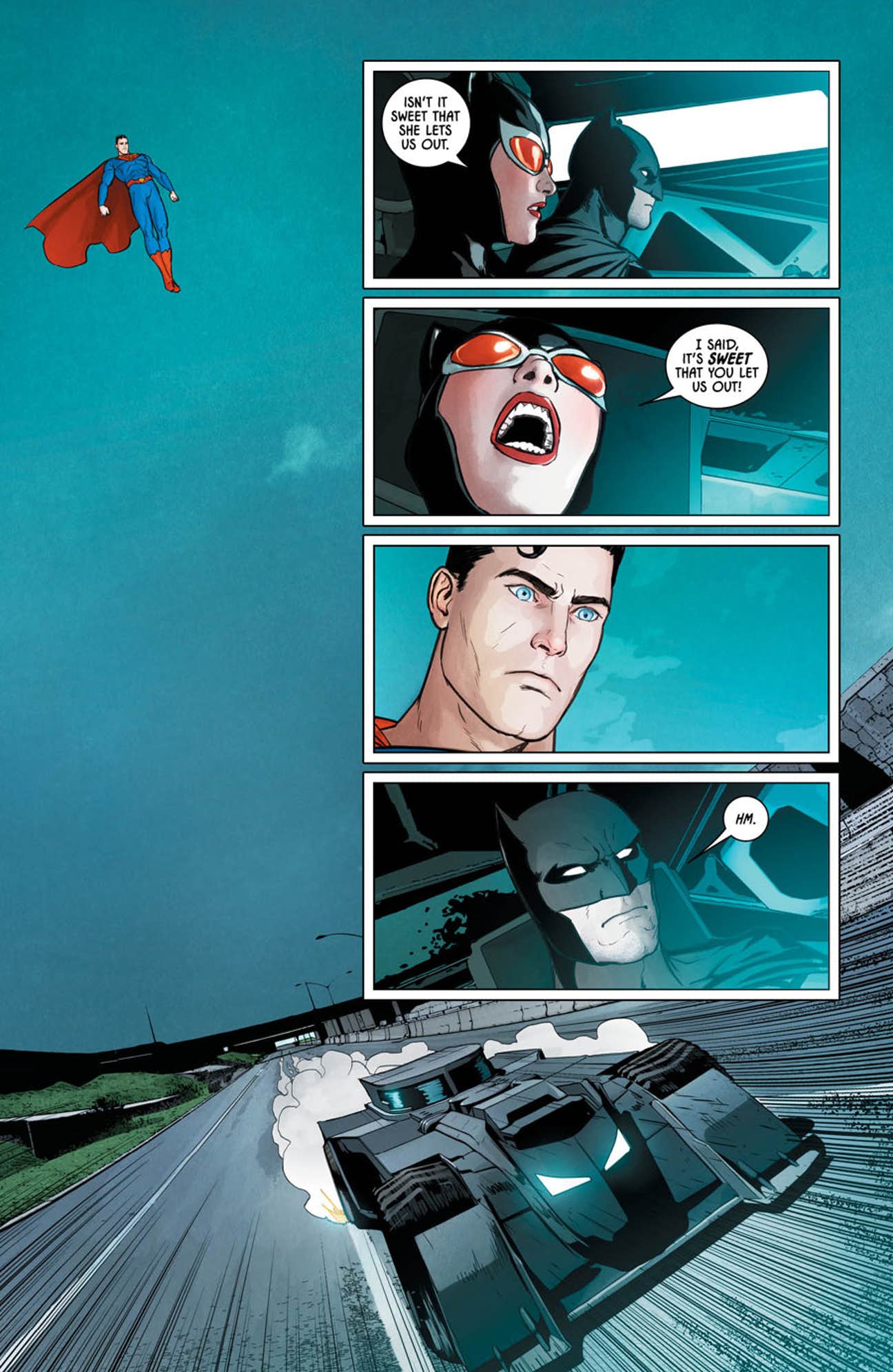 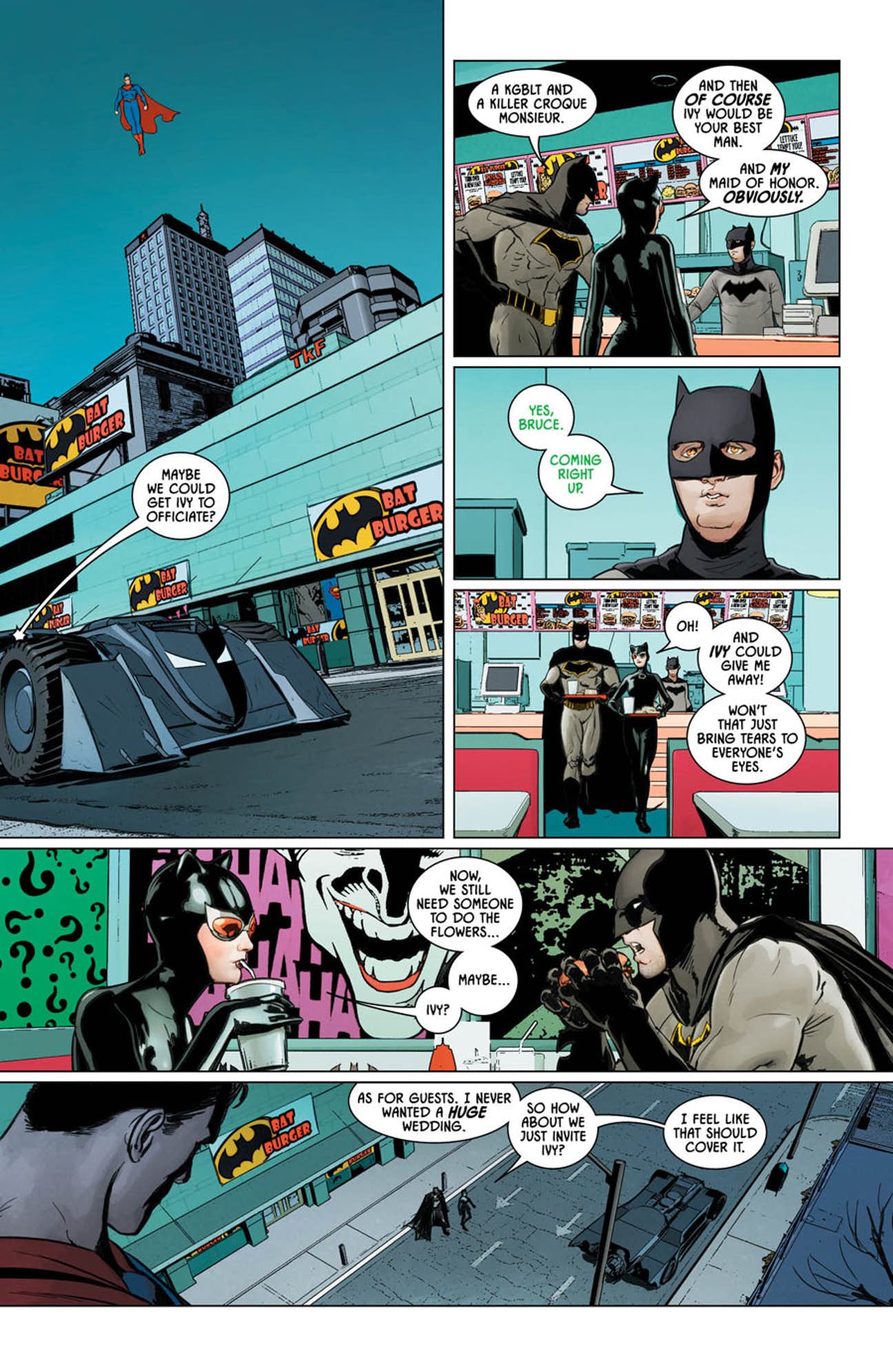 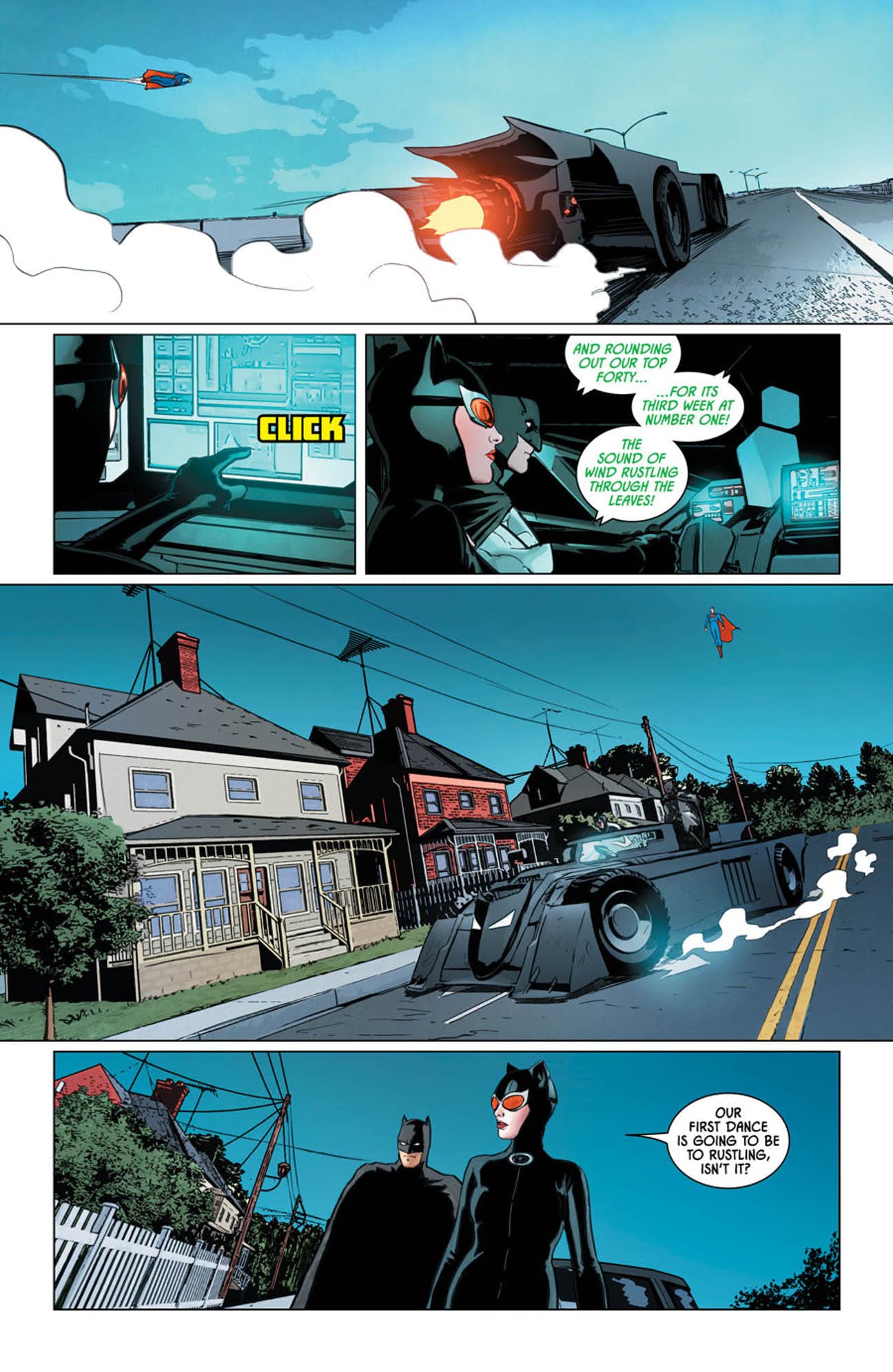 Perhaps the best part of the script is King’s use of humor. The jokes in the comic are subtle and actually ties into a more important plot point. It is funny and masterful in how the jokes work on multiple levels. Also, it is just extremely amusing to see Batman and Catwoman in full costume ordering fast food.

Janin’s art is looking spectacular as usual too. The buildings and characters look highly-detailed and not overly busy. It appears deceptively simple, but complex when you look closer. There is also the added treat of seeing Janin’s depictions of the Justice League members, who all look great.

King and Janin hit it out of the park again with their second issue of “Everyone Loves Ivy”. It is funny, intriguing, and dramatic.