There is no debating that Zack Snyder’s time with the DC Universe has concluded and given that in recent times, he has taken to social media with comments and remarks relating to both Justice League and other discussion points surrounding the future of the DCEU that have surprised fans.

Early on when DC and Warner Bro. announced their DCEU schedule, we thought we would get two Justice League films. With Snyder out of the picture now, we are not too sure. However, he did hint recently what his plan was for a sequel to the JL film.

Zack Snyder has used Vero as his social platform, and recently a fan pointed out that there are three crosses in the background of Superman’s death scene in the Ultimate Cut of Batman v Superman: Dawn of Justice. Following this, Snyder then responds pointing out that this scene was a stealth reference to the events that could have been Justice League 2. 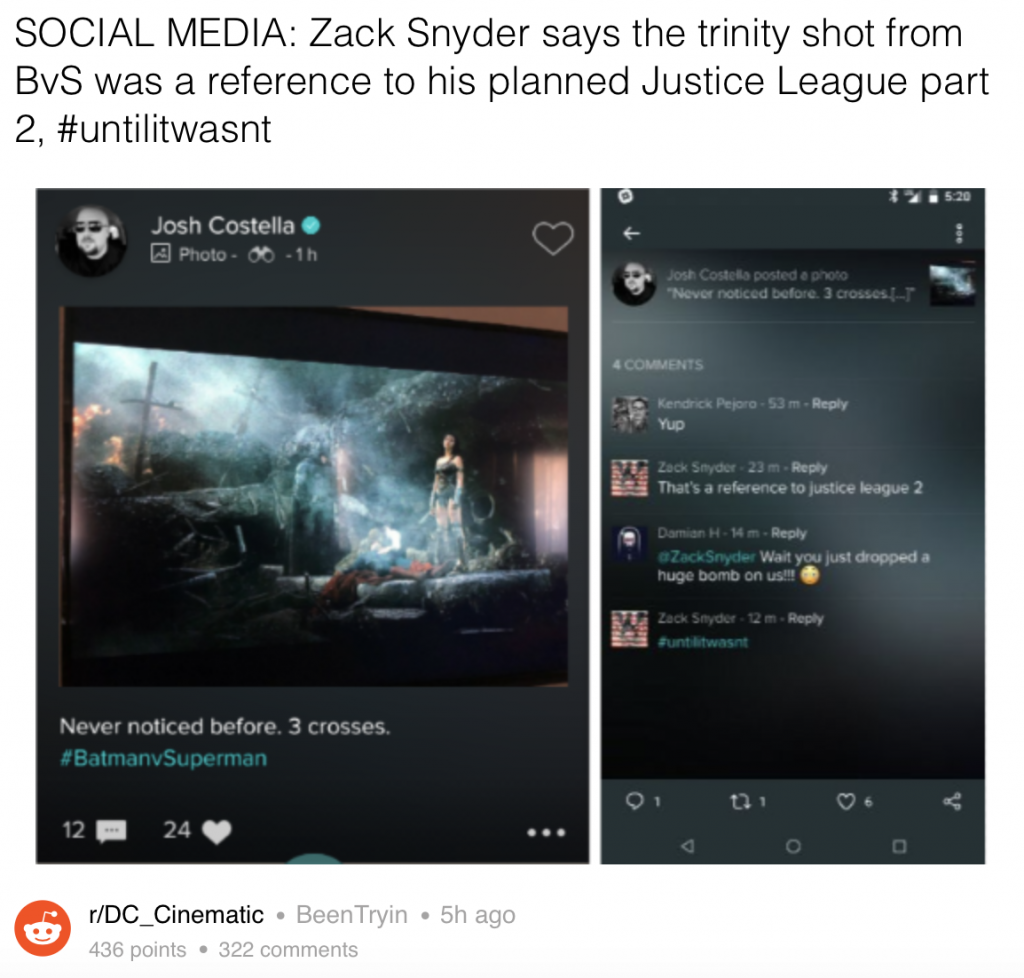 We will never know what the above really means, and we can assume that Zack Snyder won’t be working on future projects considering how ‘frank’ he has been over the social platform, Vero. The debate continues around the future of the DC Film Universe and how it will pan out, what we do know is that we currently have Patty Jenkins, David F. Sandberg, and Matt Reeves as directors who will be in control of their own respective films.

Let us know your thoughts on the situation

‘Batman: The Animated Series’ Joker and Harley Coming To Kotobukiya

DC to Release Bat-Family One-Shots for the Wedding