‘Batman: The Animated Series’ Joker and Harley Coming To Kotobukiya

Kotobukiya has announced two new statues to their Batman: The Animated Series line. Based on their designs from the Oscar winning show, the Joker and Harley Quinn statues are now available for pre-order. Each statue comes with multiple faces, as well as character bases that magnetize the statue down, as is custom with with most Kotobukiya statues.

Here is Kotobukiya’s message for the Joker statue:

“Batman: The Animated Series was created in the wake of the success of Tim Burton’s Batman films in the 90s. The series enjoyed widespread acclaim thanks to the dynamic animation by Bruce Timm, its Noir inspired aesthetics, and its darker tone that appealed to adult audiences. Inspired by the character design from Batman: The Animated Series, Batman’s infamous nemesis Joker is finally joining Kotobukiya’s ARTFX+ line!

Joker’s regal posing is befitting of the Clown Prince of Crime, as he stands confidently in his signature hat, grasping the muzzle of the machine gun at his side.

– As a special bonus, tow bonus face parts (lunacy and disappointment) for the matching Harley Quinn ARTFX+ statue will be included as well.

– His simplistic posing adapts easily to each of the varied expressions, allowing you to create your favorite version of the Joker, whether he’s planning sinister schemes or repeatedly being thwarted by Batman!” 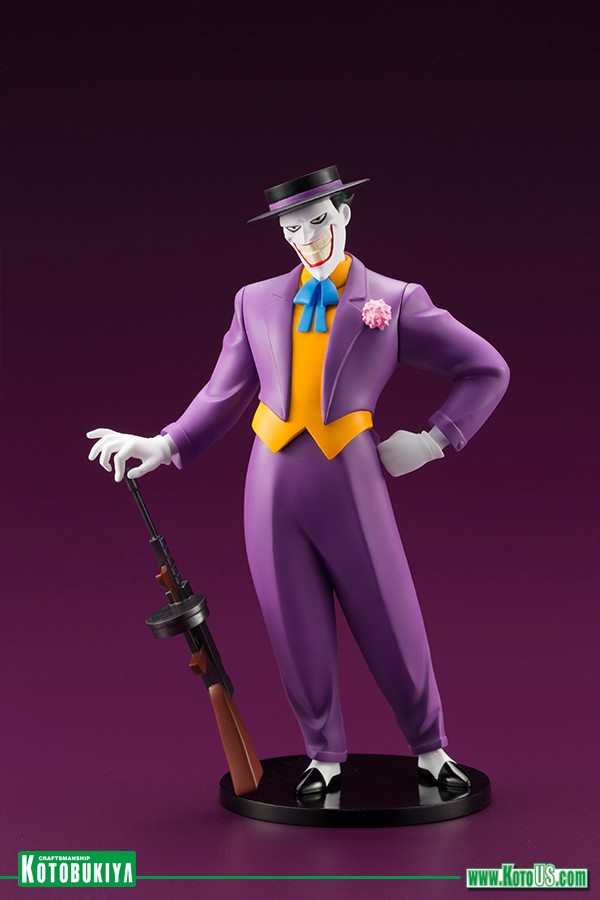 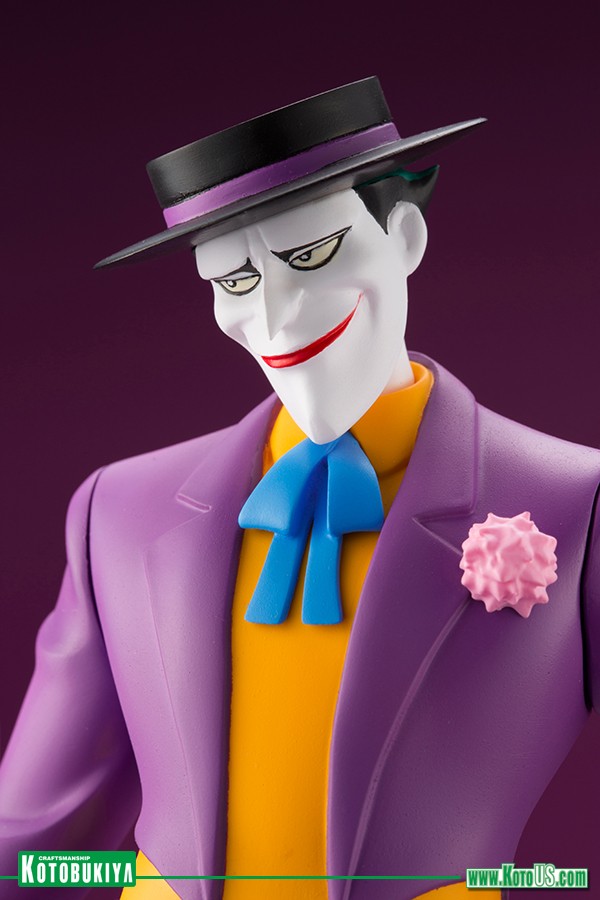 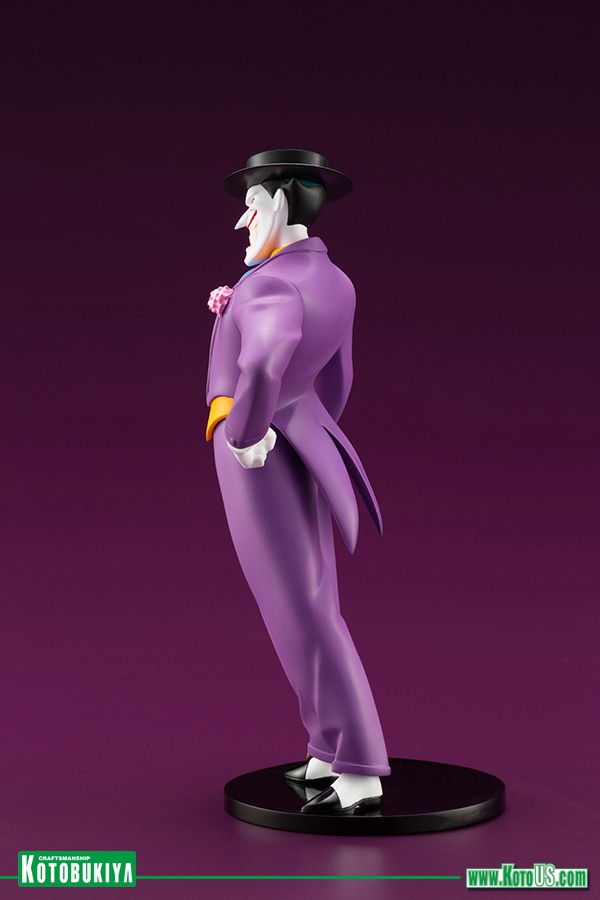 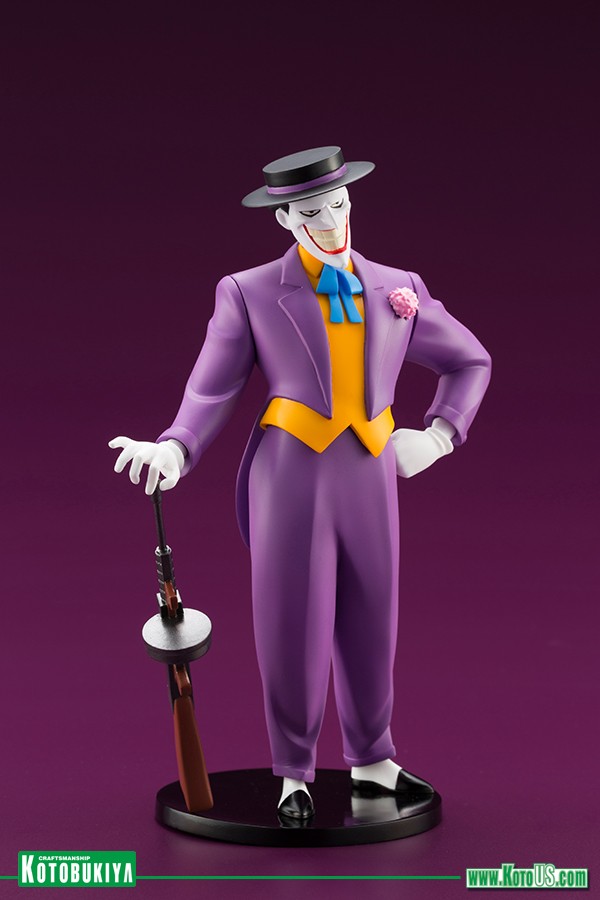 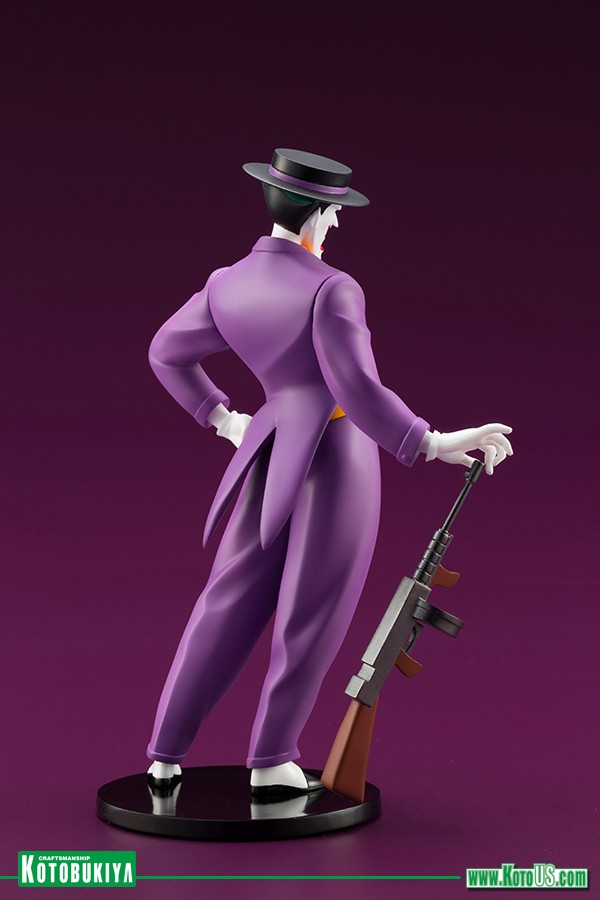 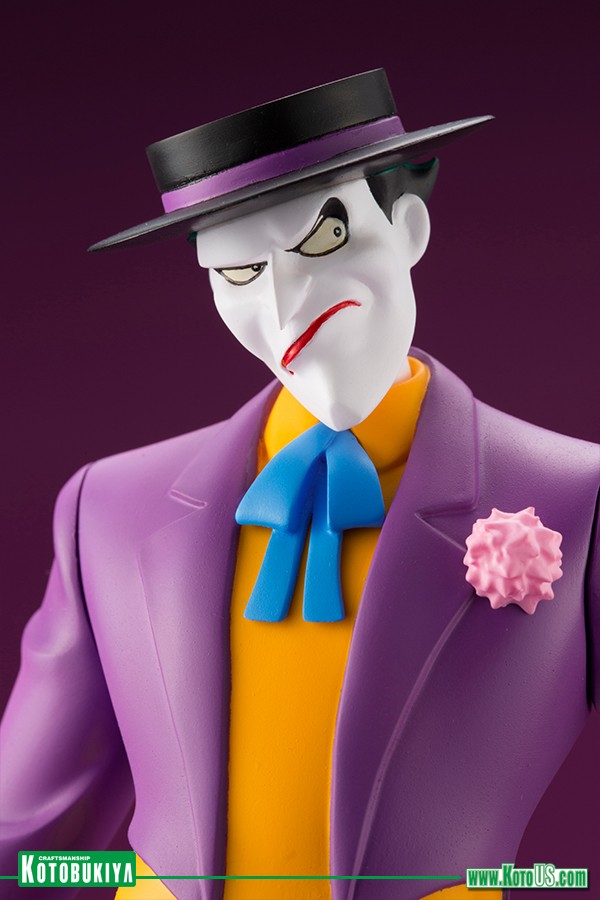 Teaming up with her Puddin’ is the former Arkham psychiatrist, Harley Quinn herself. Kotobukiya’s post for her reads:

“Batman: The Animated Series was created in the wake of the success of Tim Burton’s Batman films in the 90s. The series enjoyed widespread acclaim thanks to the dynamic animation by Bruce Timm, its Noir inspired aesthetics, and its darker tone that appealed to adult audiences. Finally making her entrance to Kotobukiya’s ARTFX+ series is the famous villainess and partner to the Joker, Harley Quinn! Harley Quinn was originally created by Bruce Timm for Batman: The Animated Series, but her widespread popularity eventually lead to her introduction into the comics as well. Harley holds a pistol in her right hand with her left hand on her hip, peering back at you with a cunning smile.

– In addition to her classic smile, the statue comes with two interchangeable face parts, including a kissy face and a quizzical expression that allow you to recreate scenes from the animation.

– Harley’s feet are embedded with magnets, allowing you to adjust her placement on the included metal base to display her alongside the Joker ARTFX+ statue!

– Additionally, Harley will come with two bonus face parts (infuriated and dejected) and an extra set of arms holding playing cards for the ARTFX+ Joker statue.” 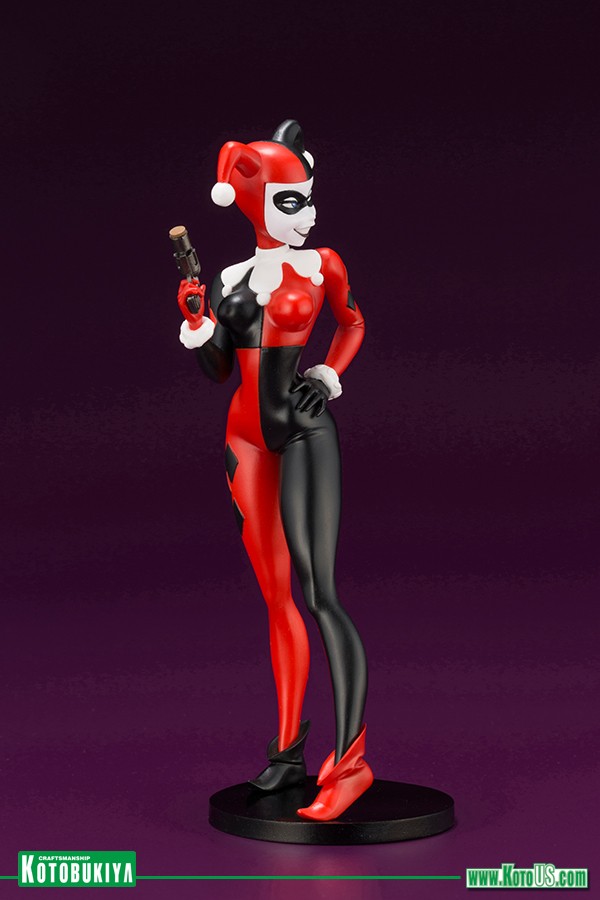 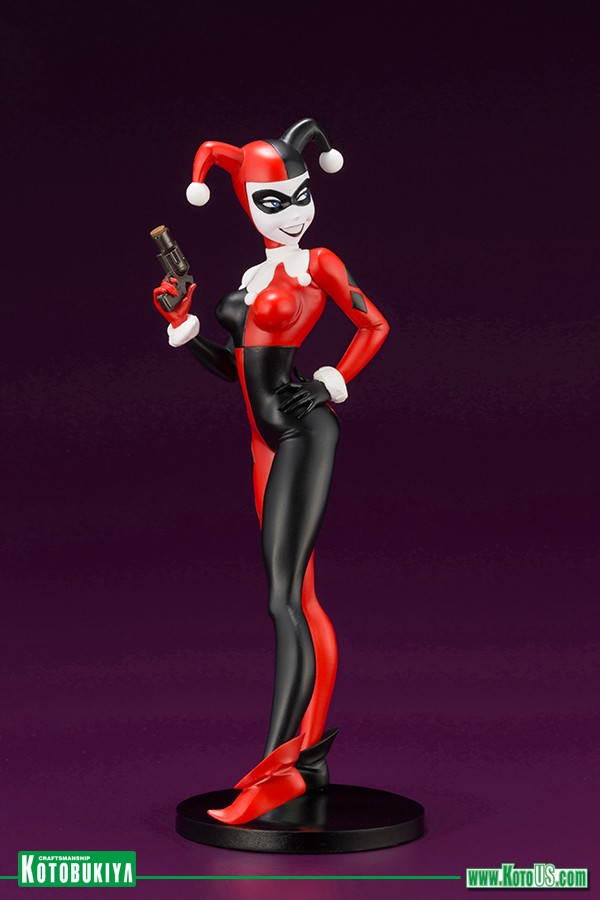 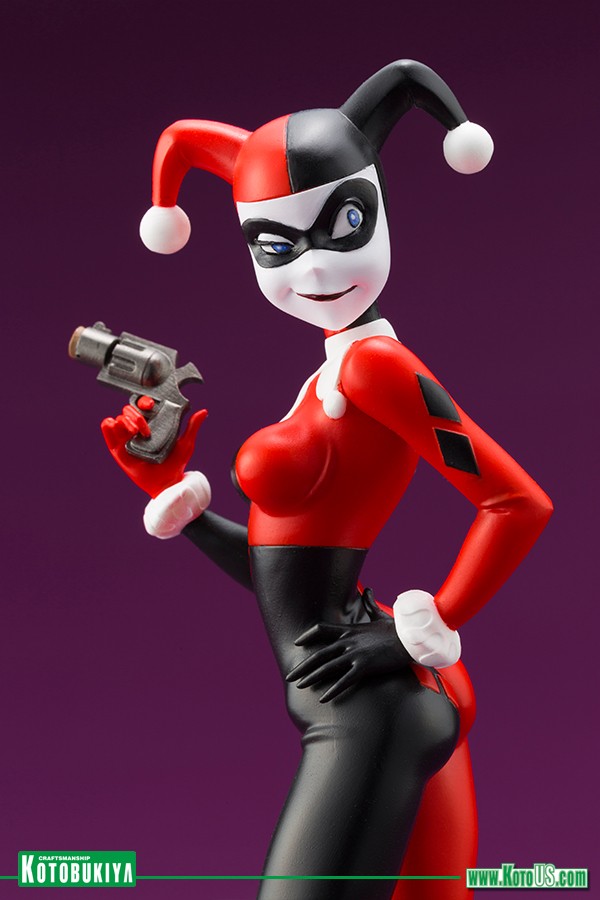 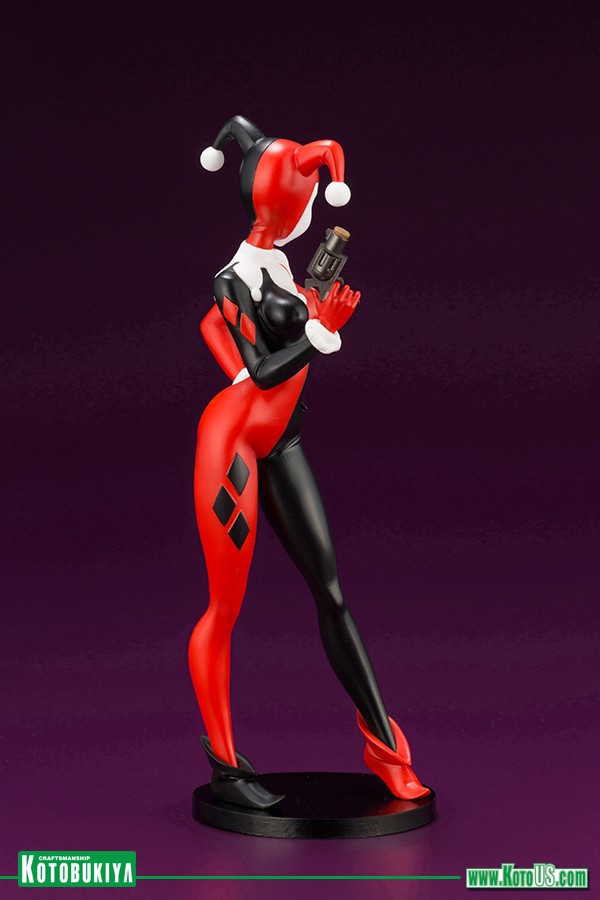 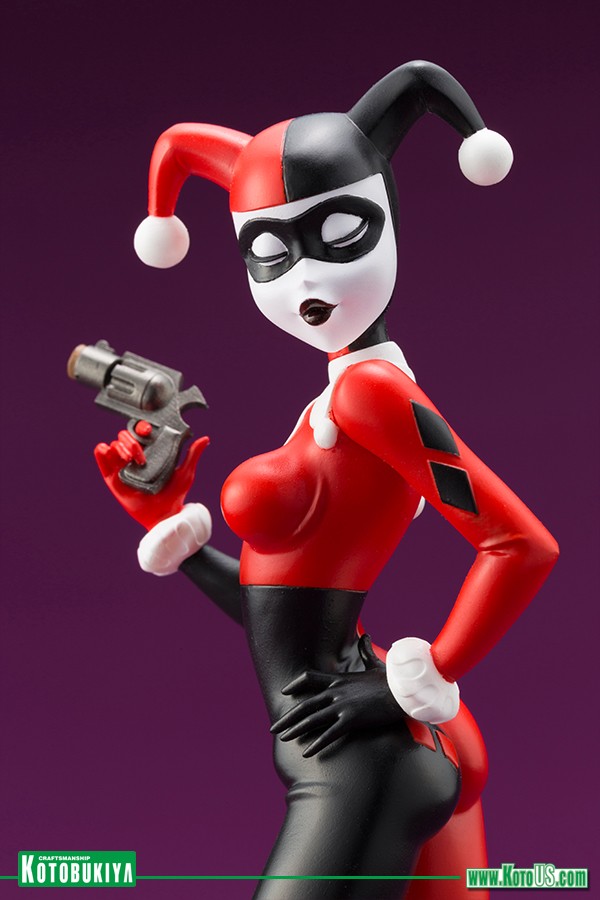 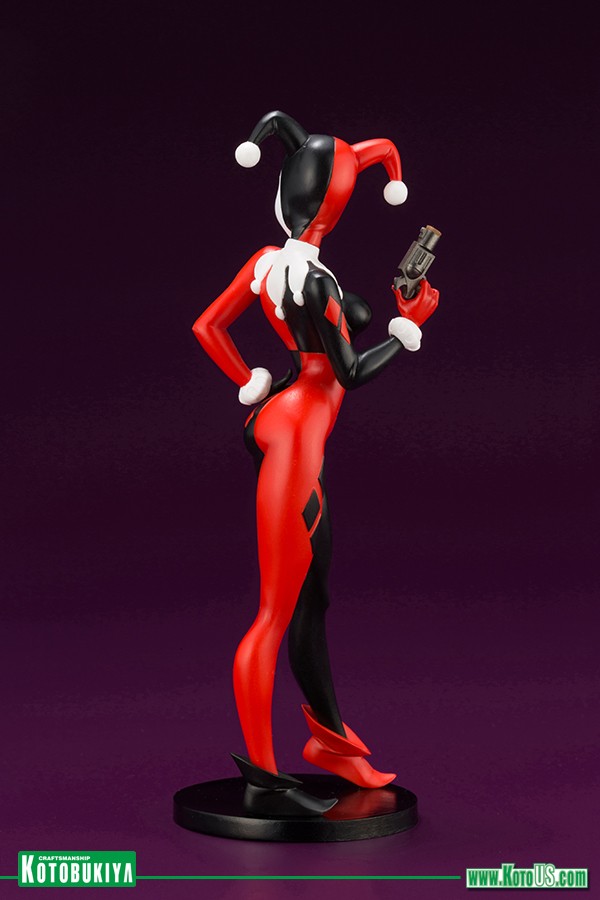 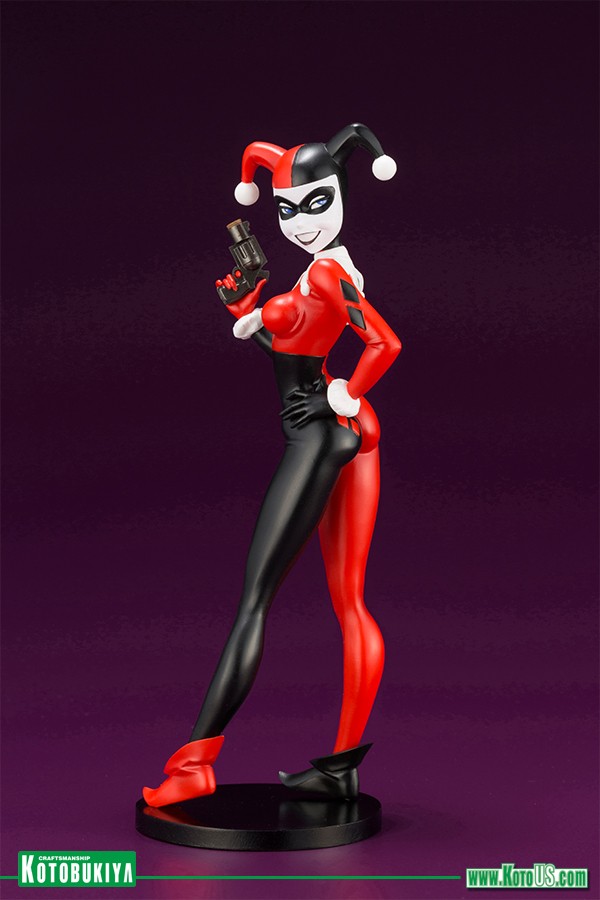 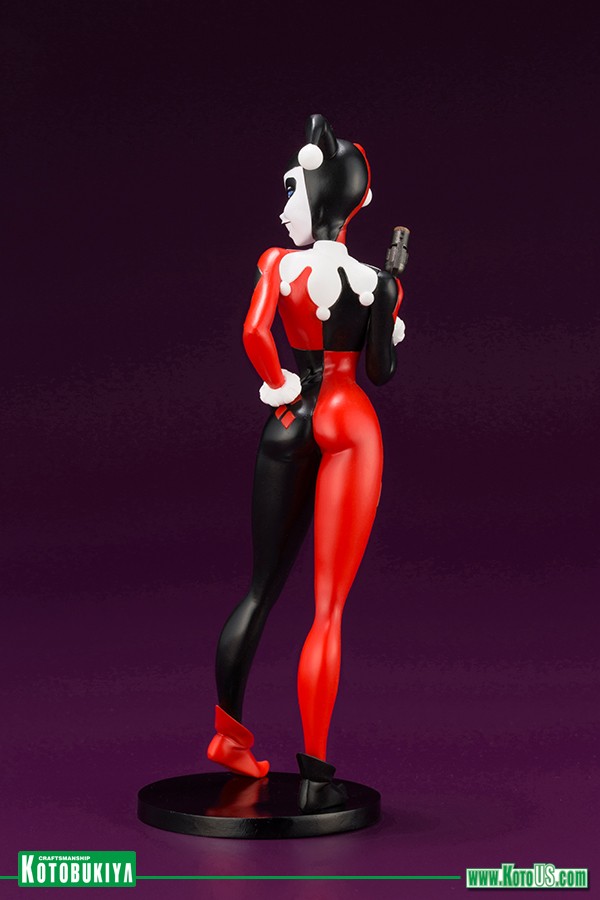 Each statue will cost $60 and will ship in September. You can order the Joker statue here and the Harley Quinn statue here.

Personally, I think both of these statues are great and would make a great addition to any fan’s collection. I have the entire New 52 Batfamily Kotobukiya line, they are quality and affordable statues. Will you be adding these to your collection? What else do you have in the Kotobukiya line? Let us know and better yet, show us your collection!

Jeffrey Dean Morgan Is Ready To Suit Up As Flashpoint Batman