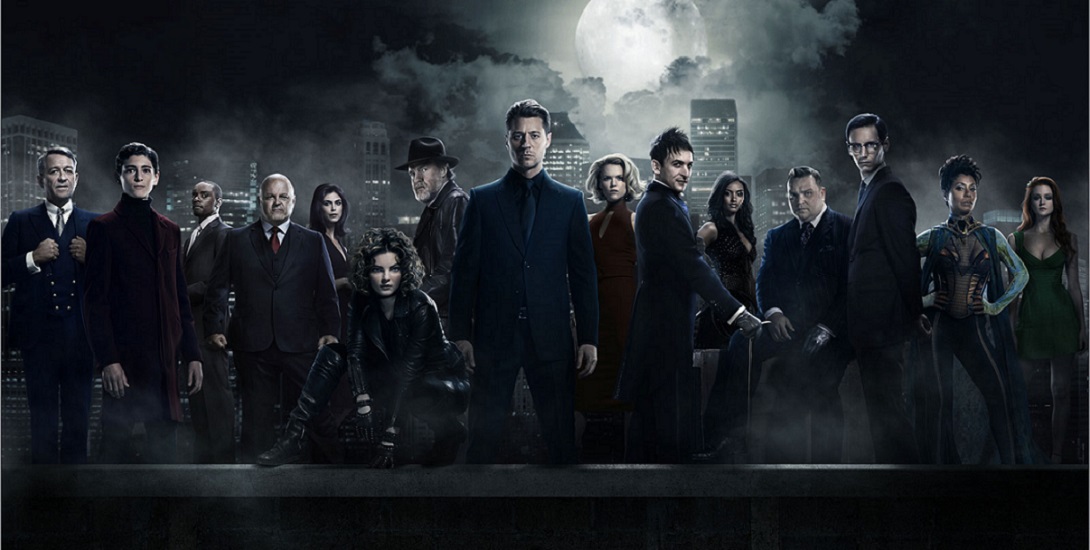 FOX confirmed this morning via the official Twitter feed that the series will returning on Thursday nights.

Once again, it is an image of Jerome promoting the show. It has been often suspected in the past that the character of Jerome would eventually become The Joker, however it has now been confirmed that that isn’t the case. We have been told that The Joker will be making an appearance this season, but it will not be Jerome, he will be more of an inspiration for whoever takes that role. 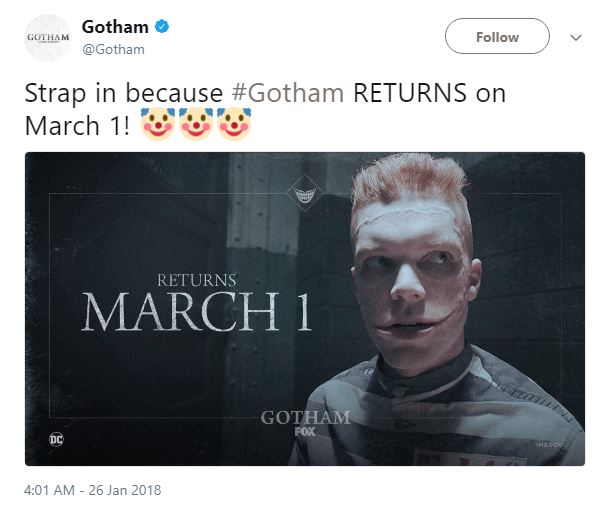 What can we expect from Gotham season four

Fox also released a video titled “You Have No Idea What’s Really Going On”. It looks like the citizens of Gotham City are in for another rough year.

Here is the official synopsis for season four.

Season four of Gotham will witness the emergence of the criminal landscape for which Gotham City is best known, with Jim Gordon (Ben McKenzie) and Harvey Bullock (Donal Logue) at the forefront of the fight against the most depraved and unhinged villains.

The series also will catch up with the future Poison Ivy (Maggie Geha), who, after an encounter with a monster from Indian Hill, finds herself reborn as a young woman who’s harnessed the full power of her charms