“Fall Of The Batmen” – Conclusion 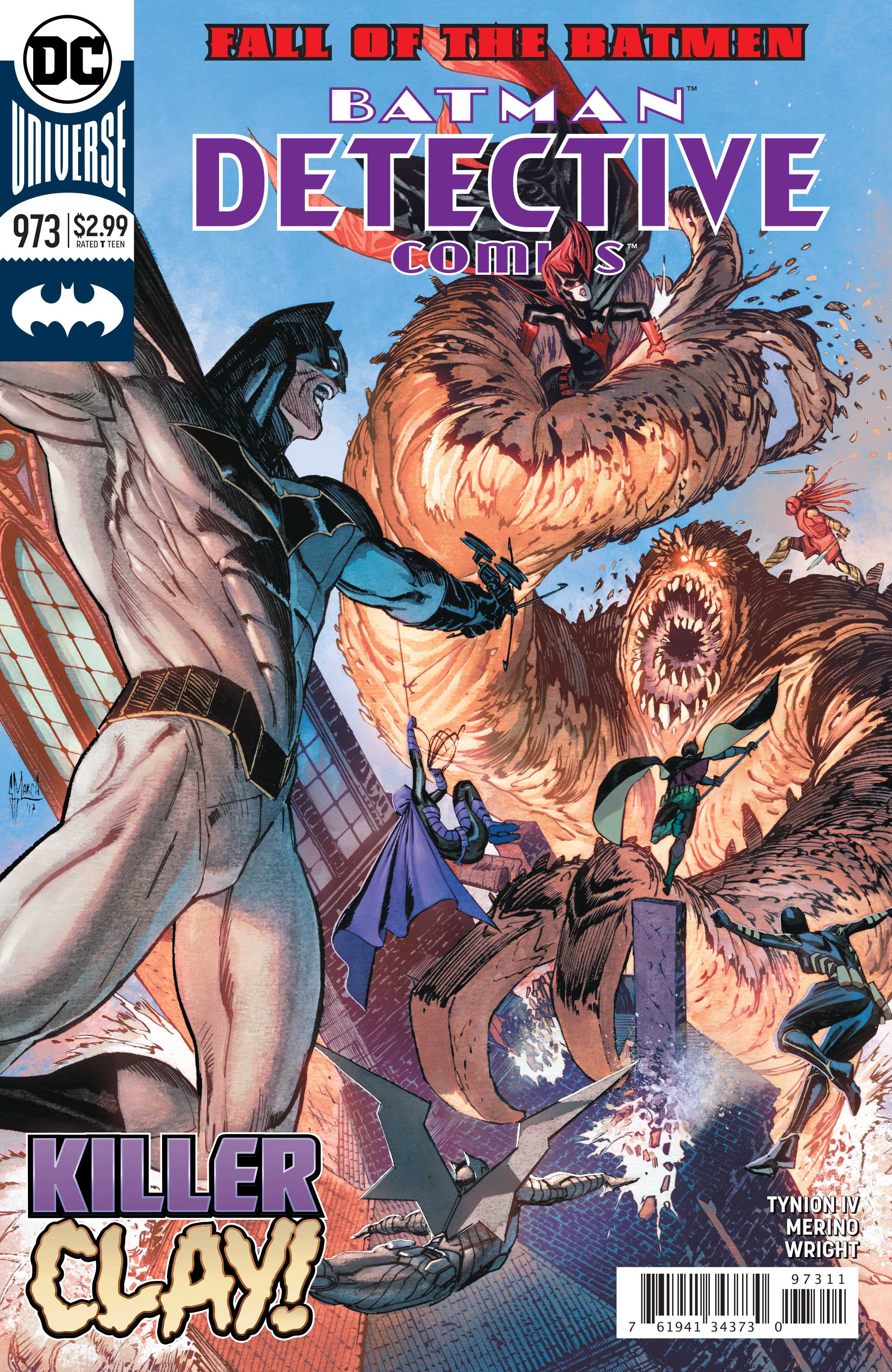 The latest issue of Detective Comics is killer! James Tynion IV has given us a terrific, pulse pounding, emotional juggernaut of a comic. The cliffhanger ending of issue #972 left us in suspense two weeks ago, as to whether Clayface could ever be stopped.

After a mellow one page flashback featuring Batman and Red Robin, we’re dragged back, kicking and screaming, into the present. With the horror fest that was the DC Universe Rebirth‘s first crossover, “The Night Of The Monster Men”, the citizens of Gotham City were probably hoping they’d seen the last of giant, rampaging behemoths. Yeah… right! Like that was ever gonna happen.

After being dropped into a huge vat of animated clay (which the Gotham Knights use to create physical threats, in their Bat version of a “Danger Room”) Clayface absorbed it all, becoming a gigantic Clay-Zilla! 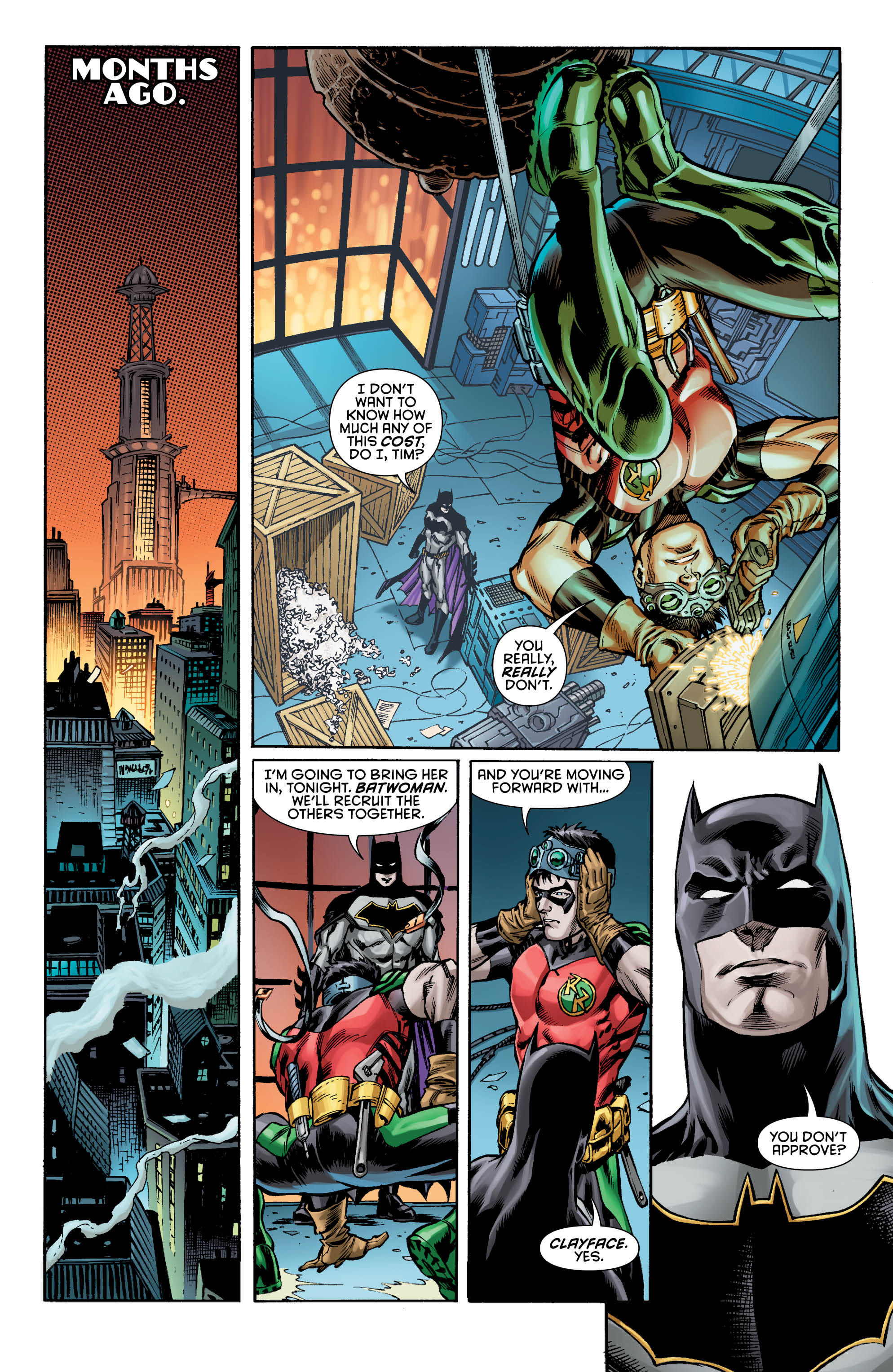 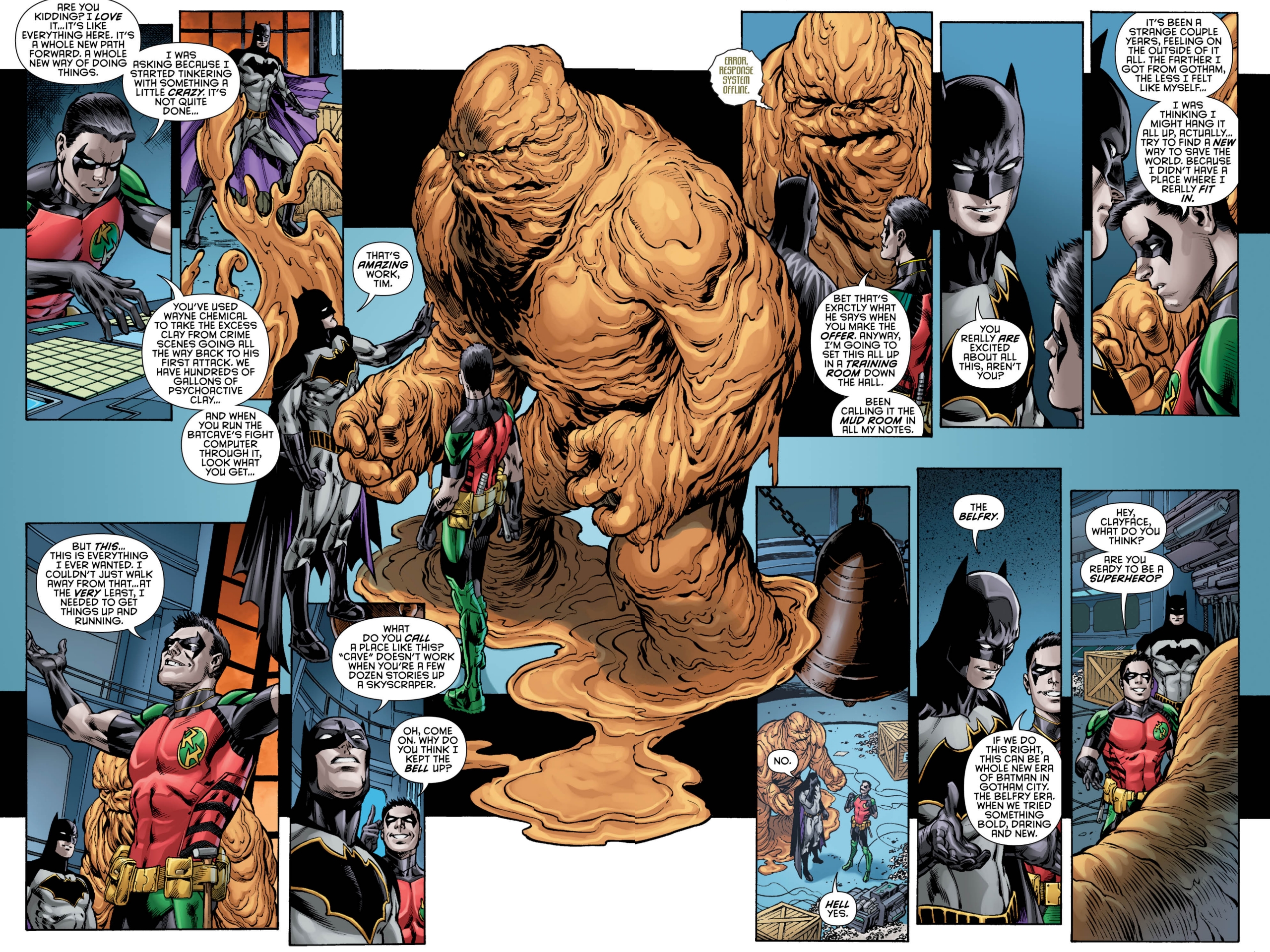 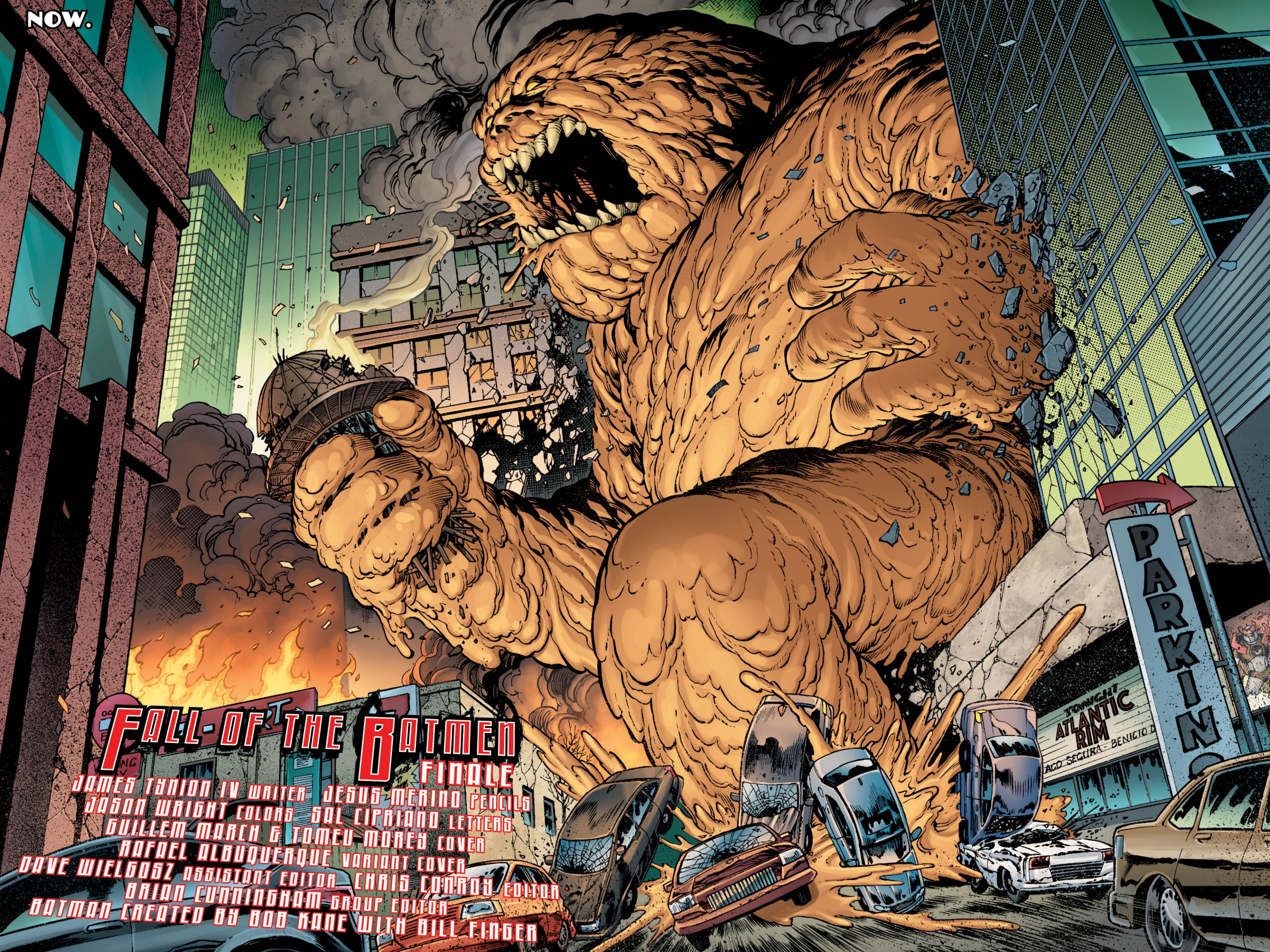 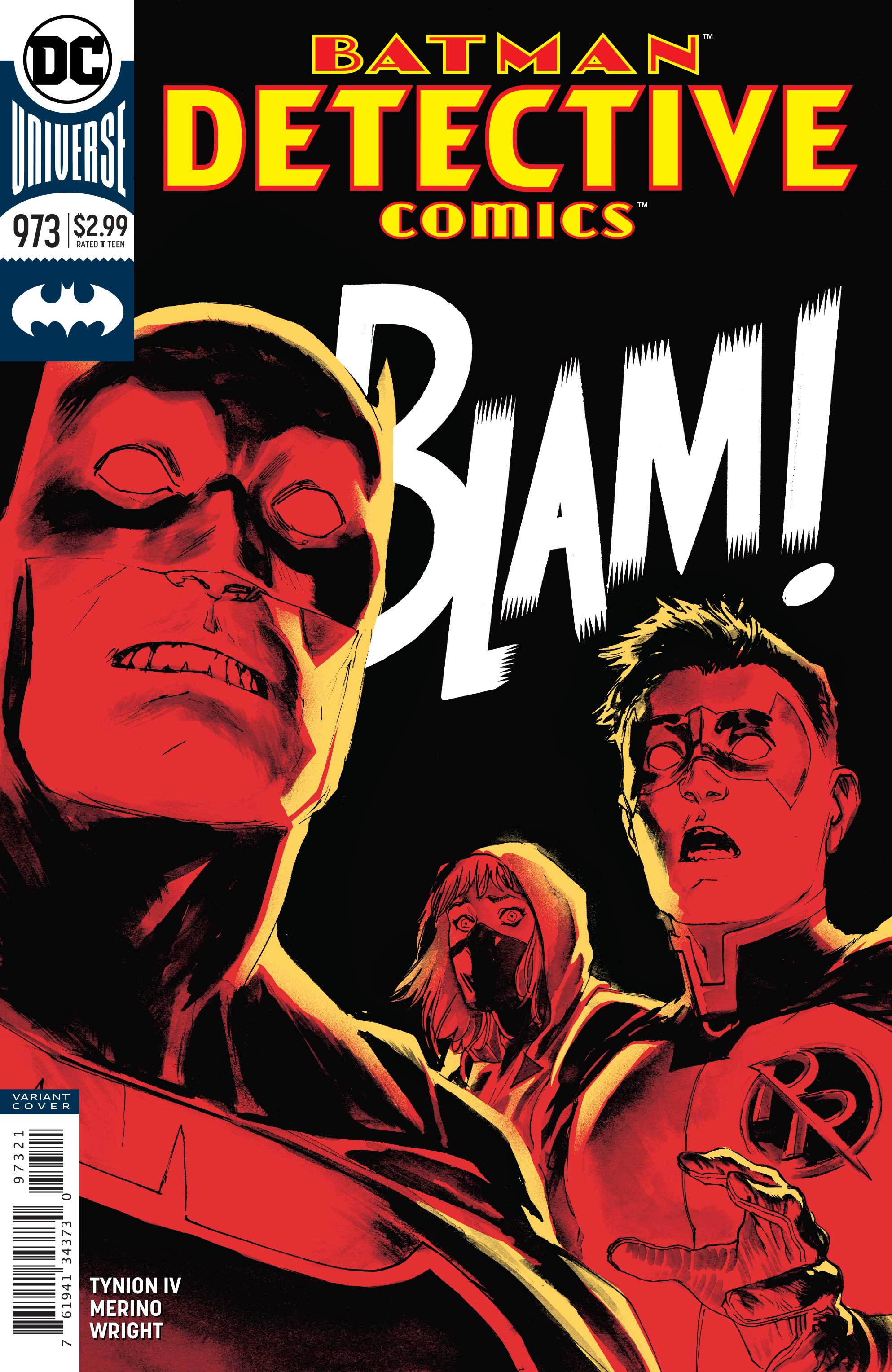 Attack Of The 50 Foot Clayface

Jesús Merino is credited as penciller on this issue, but there’s no mention of an inker. If he drew the whole issue alone I’m incredibly impressed, If someone else inked it, but wasn’t credited, then my hat’s off to that talented individual too. The art in this book is truly spectacular. The sight of Clay-Kong rampaging through Gotham City is absolutely awesome.

Color artist Jason Wright, and lettering ninja Sal Cipriano, have also done a bang-up job in raising the book to mountainous new Mothratastic heights. There are no creature related superlatives left for me to bestow upon this monstrously great creative team.

The way James Tynion has sown the seeds leading to this event, from the first issue of his run is inspiring. This series has been a comics book writing masterclass for two years straight. The threat of Clayface was arguably insurmountable, and the resolution to this issue has left me in Godzuki like awe, looking up at the comics juggernauts that make this series.

People still talk about Jim Starlin, Grant Morrison and Alan Grant’s runs on the Batman titles. Scott Snyder and Tom King are still doing great work in their Bat books too. I do feel though, that James Tynion deserves a lot more praise and respect than he’s been getting. In my opinion his run on Detective Comics should be remembered as one of the best ever. This issue is number one with a bullet!