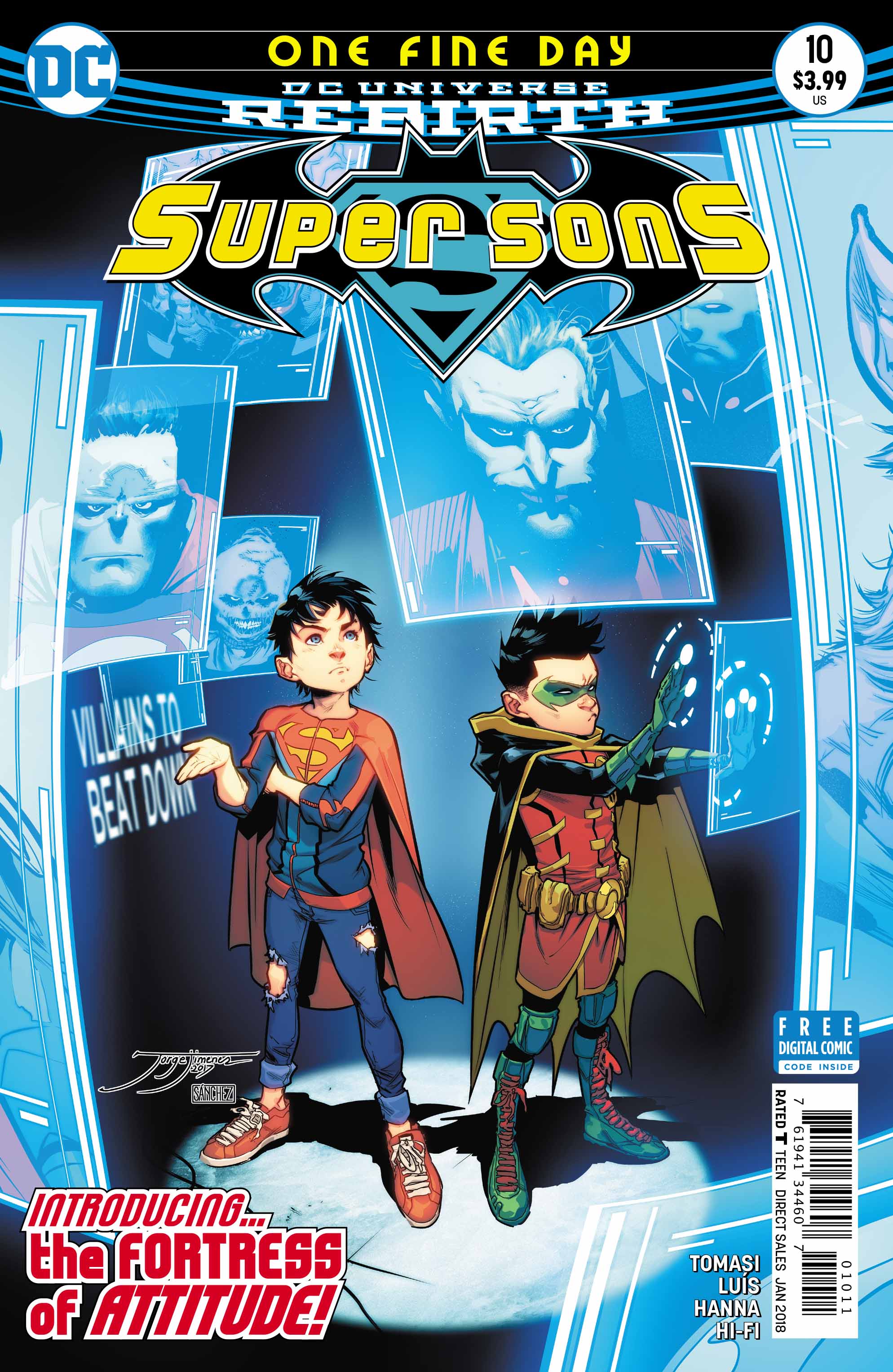 If you’re looking for a series to give you warm feelings or wanting to bring your kiddies something to make them fall in love with the Batfam or Superfam, this is the series! Damian Wayne and Johnathan Kent test each other’s abilities, training to make themselves more powerful against harsher foes. “One Fine Day” is playful and delightful.

It’s been established that Bats and Supers make brilliant team-ups. Babs and Kara, Tim and Kon, Bruce and Clark. They’ve given us heartwarming stories, but a good handful of team-ups issues is full of humor. Super Sons pulls a lot from the older World’s Finest comics. 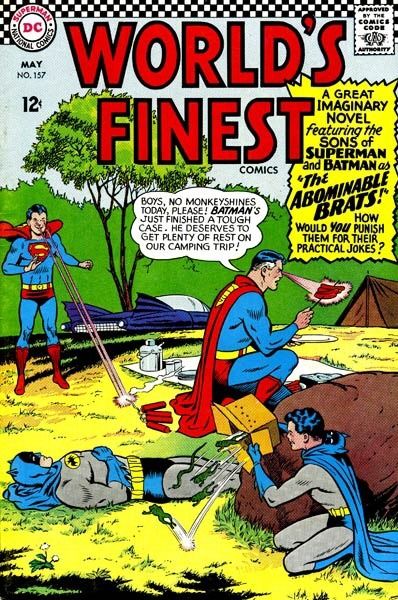 I mean, check out these hooligans! Also, this series doesn’t make up for New 52’s Batman/Superman series, or Pre-New 52’s Superman/Batman series (one of the best renditions of the duo ever) but it gives us great moments watching Bruce Wayne reconnect with Pre-New 52’s Clark Kent.

For those that don’t remember, the Superman that Rebirth‘s Batman befriended had died in 2016, and this is a new Superman the Justice League is adjusting to. Super Sons gives Batman and Superman a chance to connect since they never knew these versions of each other until Rebirth. 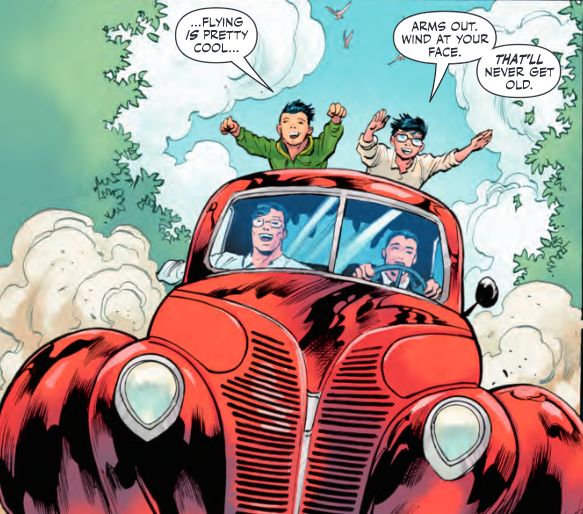 Kids are a great way to build friendships, and it’s interesting relationship for a narrative. There aren’t many stories out there with men meeting up and having playdates with their kids. These playdates include violence and explosions, but parenting 101 nonetheless. The writing is a little lack-luster, but sweet. As for the art: 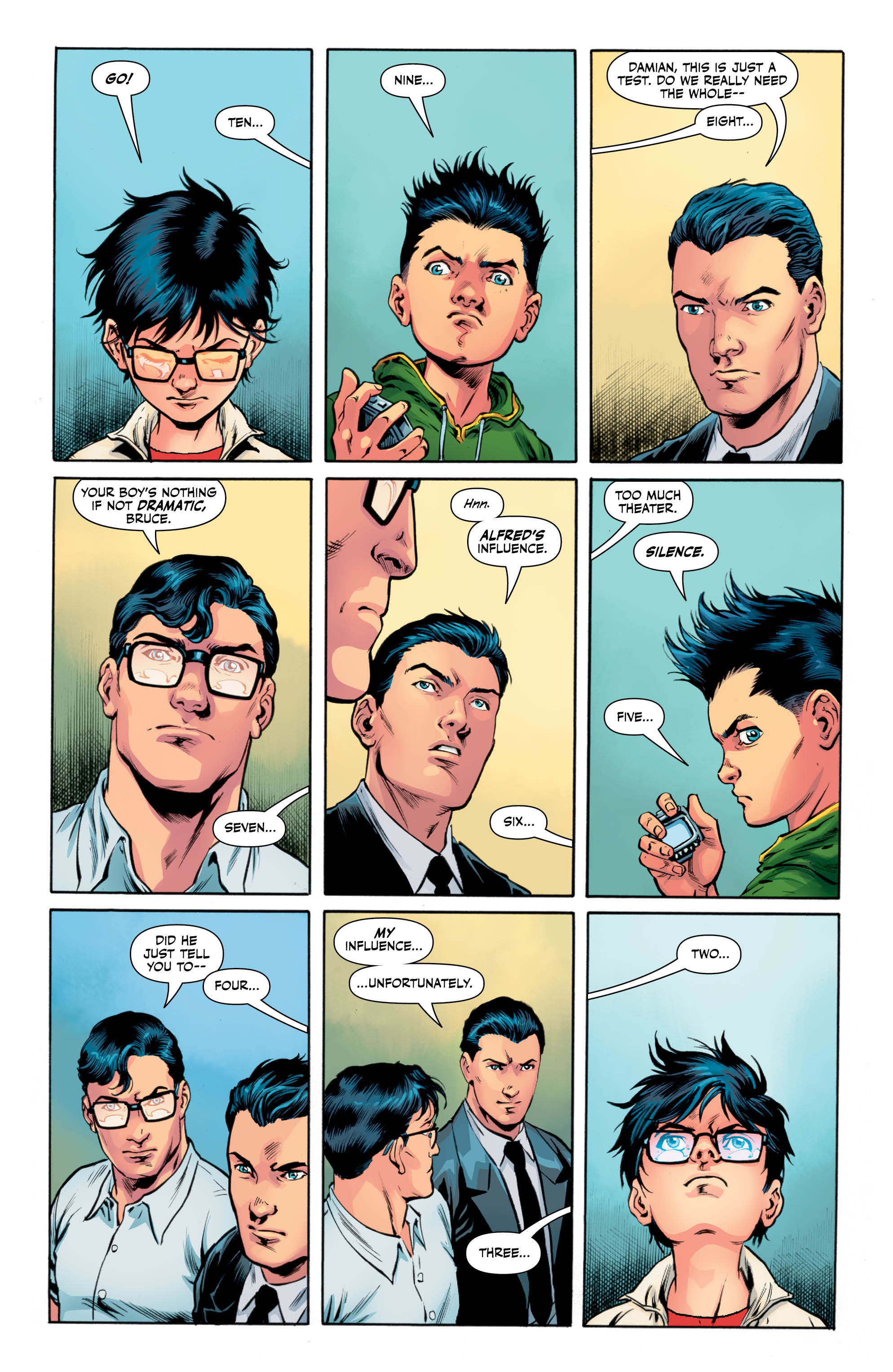 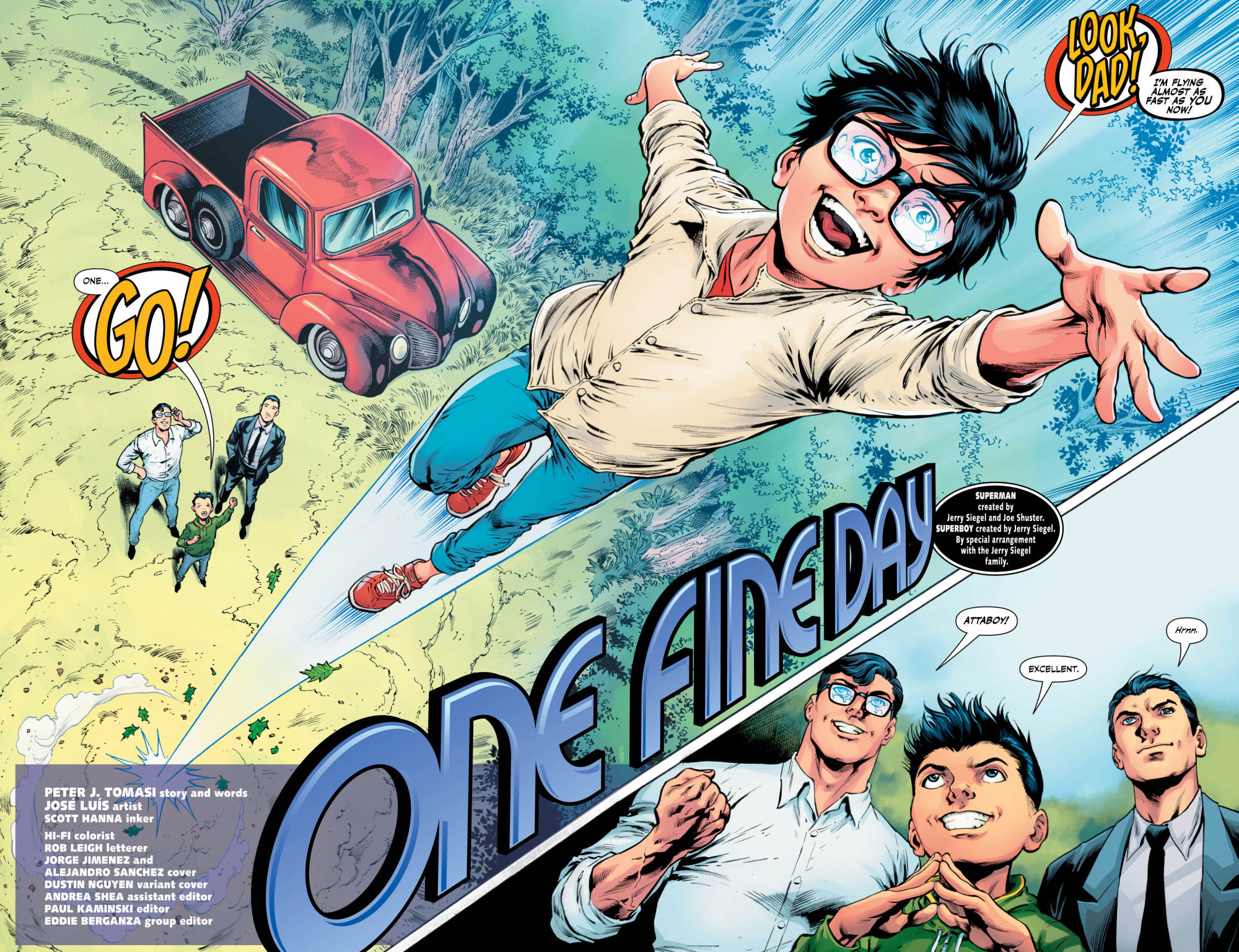 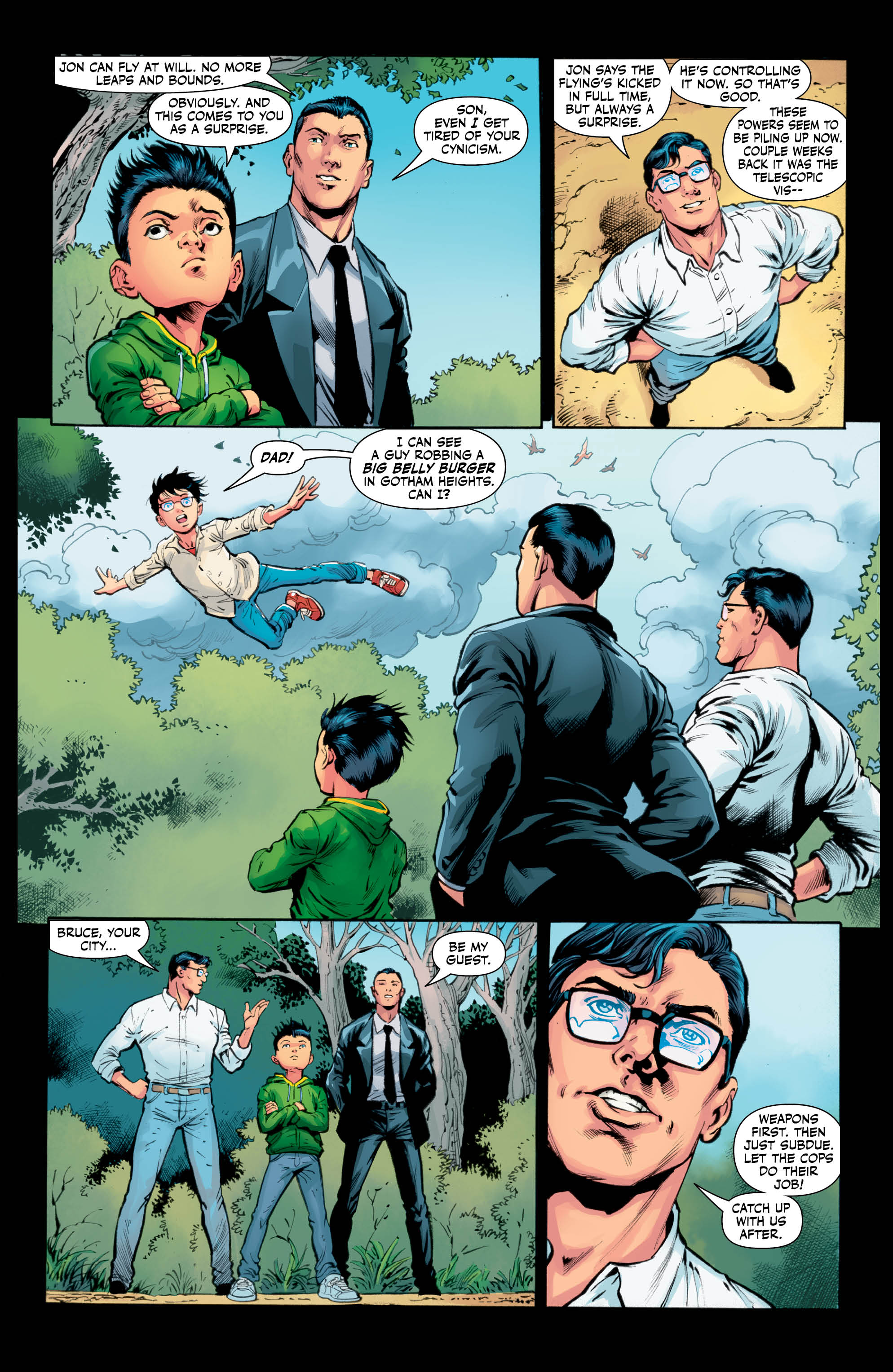 It’s cute as heck! With extremely detailed features. José Luis is an epic artist, and has been working with DC for decades. He even was part of the original World’s Finest comic series. He knows these characters like the back of his hand. What’s fantastic is how different he draws all four faces. There have been moments artists have had difficulty putting big differences between Bruce and Clark, however José Luis does it on point. He even has the playboy fashion aesthetic down, combined with the roll-up farmer sleeves on Kent.

It’s not bloody or crime-ridden, but cute. I’m really struggling to find a word other than this. The boys are becoming stronger friends. The series began with Damian and Jon at each other’s throats (just like their fathers) but with the help of Batman and Superman, Robin and Super Boy are becoming a powerful team.