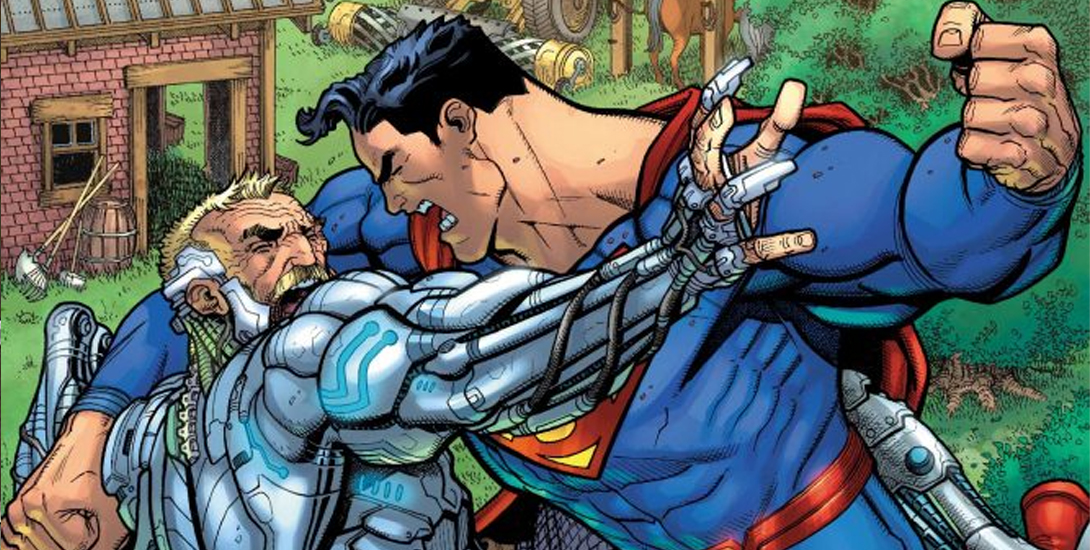 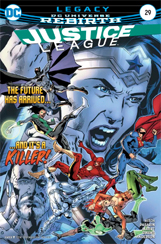 In this issue, the future children of the Justice League make their move against Wonder Woman. Future Aquaman attacks the League one by one and where his allegiance lies is finally revealed.

The ideas of Legacy are classic comic-book 101. Time travel, warnings of a future apocalypse and the actions of one hero from the present who is held solely responsible. With this kind of story the danger is it may feel too familiar of derivative of other stories.

Bryan Hitch is at the point with these characters where he seems to know them as family. He knows how they talk, how they act in situations and how they interact with each other. Even the use of the supporting characters is first class, his Lois Lane is one of the best that the DC books has to offer.

However Justice League #29 quickly becomes a juggling act, the many characters needed to make Legacy work makes this story feel like it is plodding along a little too slowly. While the characters each have a moment to shine the trade off is that the story doesn’t. While it’s not exactly boring, it is a tad slow considering we are four months in.

The story is now at the point where we need to start getting some definitive answers. While the writing of the characters is great, the story itself could benefit from moving along a little quicker at the four month point. Much of the setup from issue #28 is still going on here, hopefully issue #30 will move us along a little faster or this story may start to lose me a little. 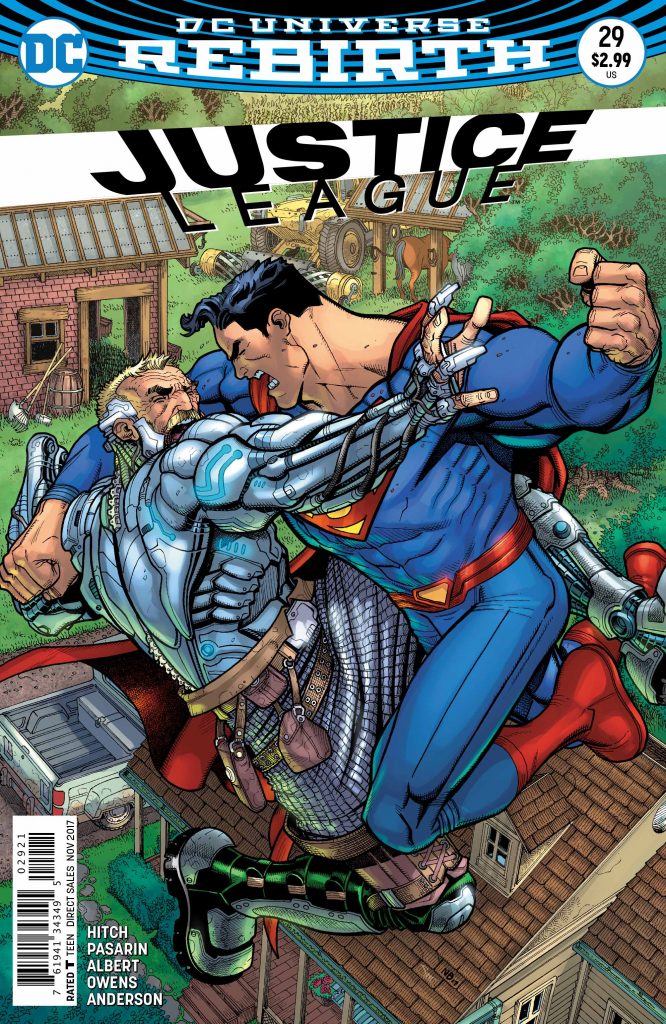 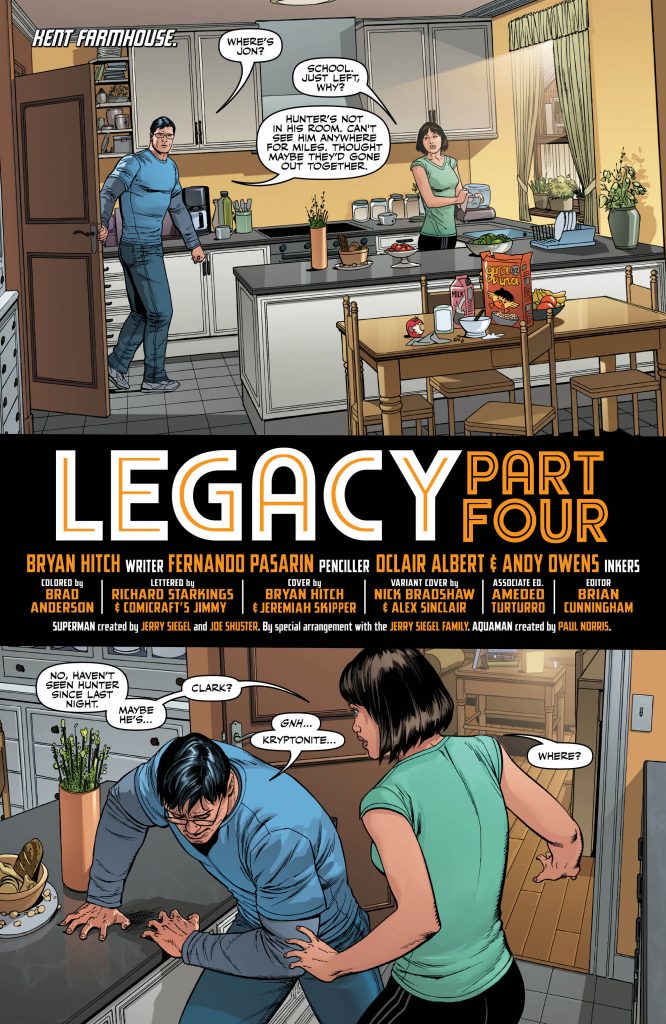 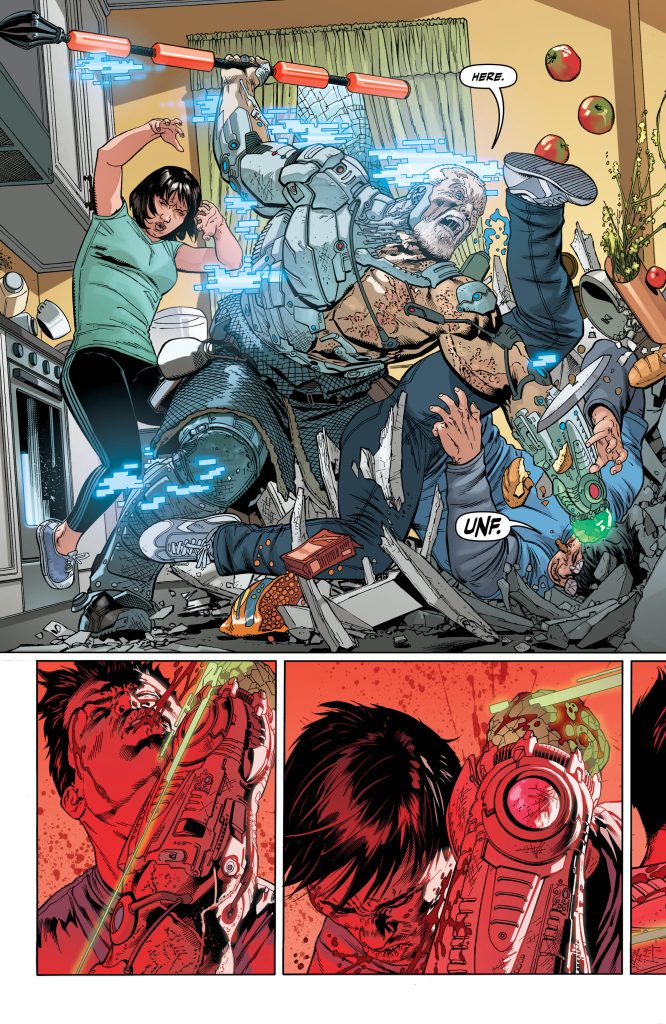 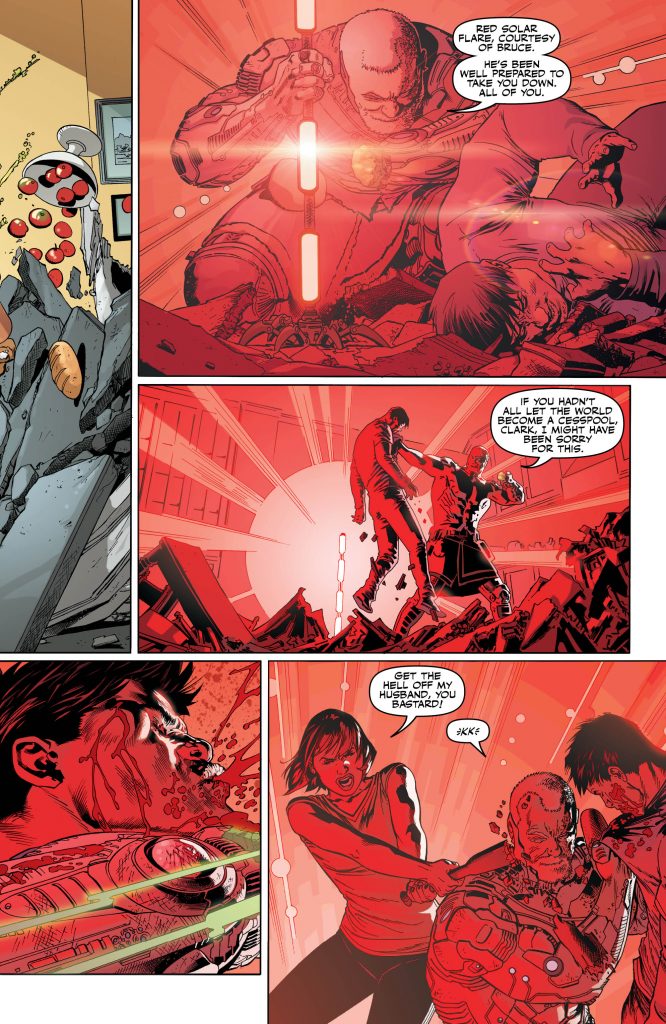 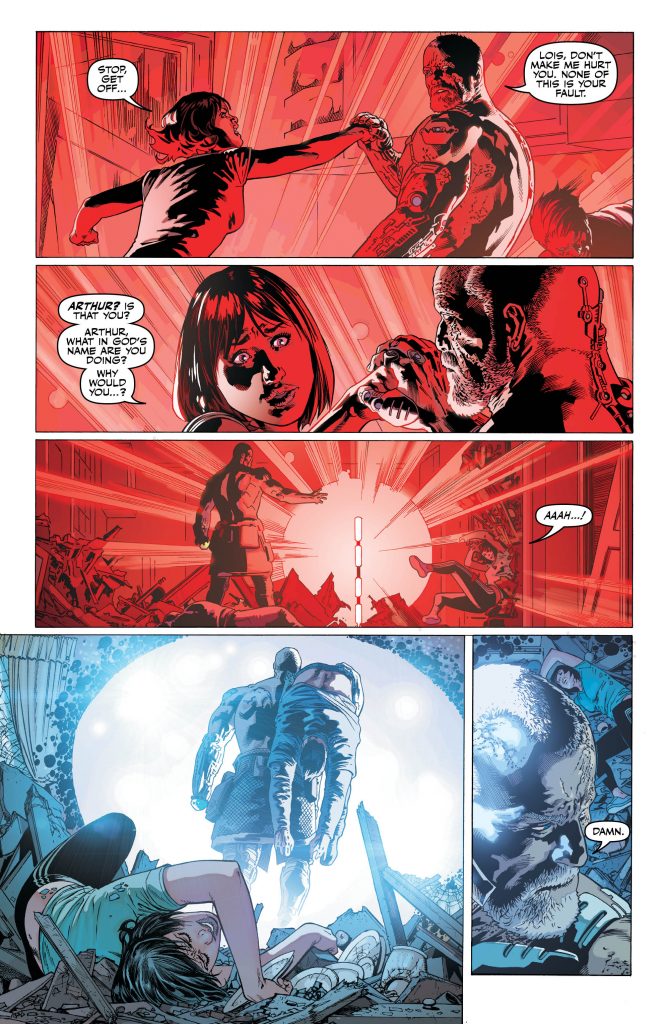 The art of Fernando Pasarin has the quality and detail you should expect for Justice League. His style has the feel of a very cool and slick science fiction movie. Aquaman’s entrance is quick and brutal taking you totally by surprise. Most importantly, Pasarin is consistent, there is not a page or panel that feels rushed or out of place. The artwork presented during the issue helps to fix some of the pacing problems presented by the script. One issue, the design of his future Aquaman does look a little too Cable.

Aquaman taking down Superman, the children attacking Wonder Woman and her quiet moments beforehand are high points of the story. But the final page when we learn that Aquaman is apparently working for the other side is a fantastic cliffhanger and makes the next part of Legacy a must read for any Justice League fan.

All the pieces are on the board it is now up to Hitch to bring it all together. The overall pace of Legacy has been a little slow so far but this issue delivered some great character moments. Hitch and Pasarin have delivered an issue that shows the promise of Legacy becoming a great Justice League tale. Despite the pace of the overall story this issue is a satisfying read.