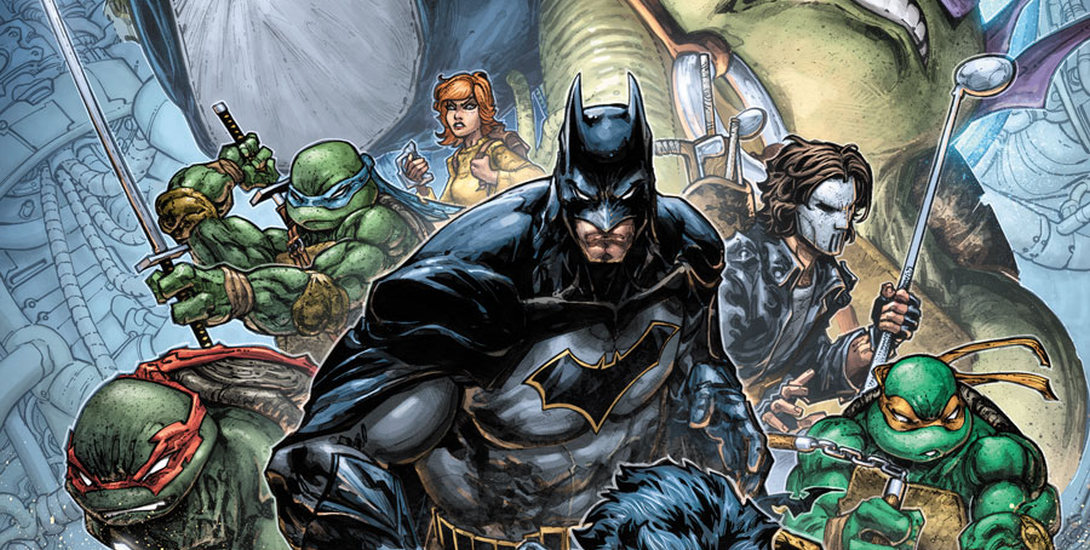 Today, DC Entertainment and IDW Publishing announced their plans for releasing Batman/Teenage Mutant Ninja Turtles II this December. They plan on releasing a six-issue series which follows up on the popular 2015 crossover series. Written by James Tynion IV, writer of Batman, Detective Comics, and illustrated by artist Freddie Williams (He-Man/Thundercats). These two talents will reunite and deliver the follow up to Batman/Teenage Mutant Ninja Turtles.

What DC and IDW started with Batman/TMNT in 2015 continues to spark interest with fans of these characters that have worldwide recognition. We can’t wait to see what James and Freddie deliver this time around.

Donatello inspired to find a new mentor to help him further his fighting skills goes on the search for everyone’s dream trainer: Batman. He plans to open a portal to another universe, Gotham City, but ends up pulling out the villain of Gotham, Bane! In the great NYC Bane preforms his smartest move yet: to unite all the baddies of New York. Can Donnie summon Batman in time to help his bros? Because he’ll need the big Bat and his own brothers to take down Bane’s squad. 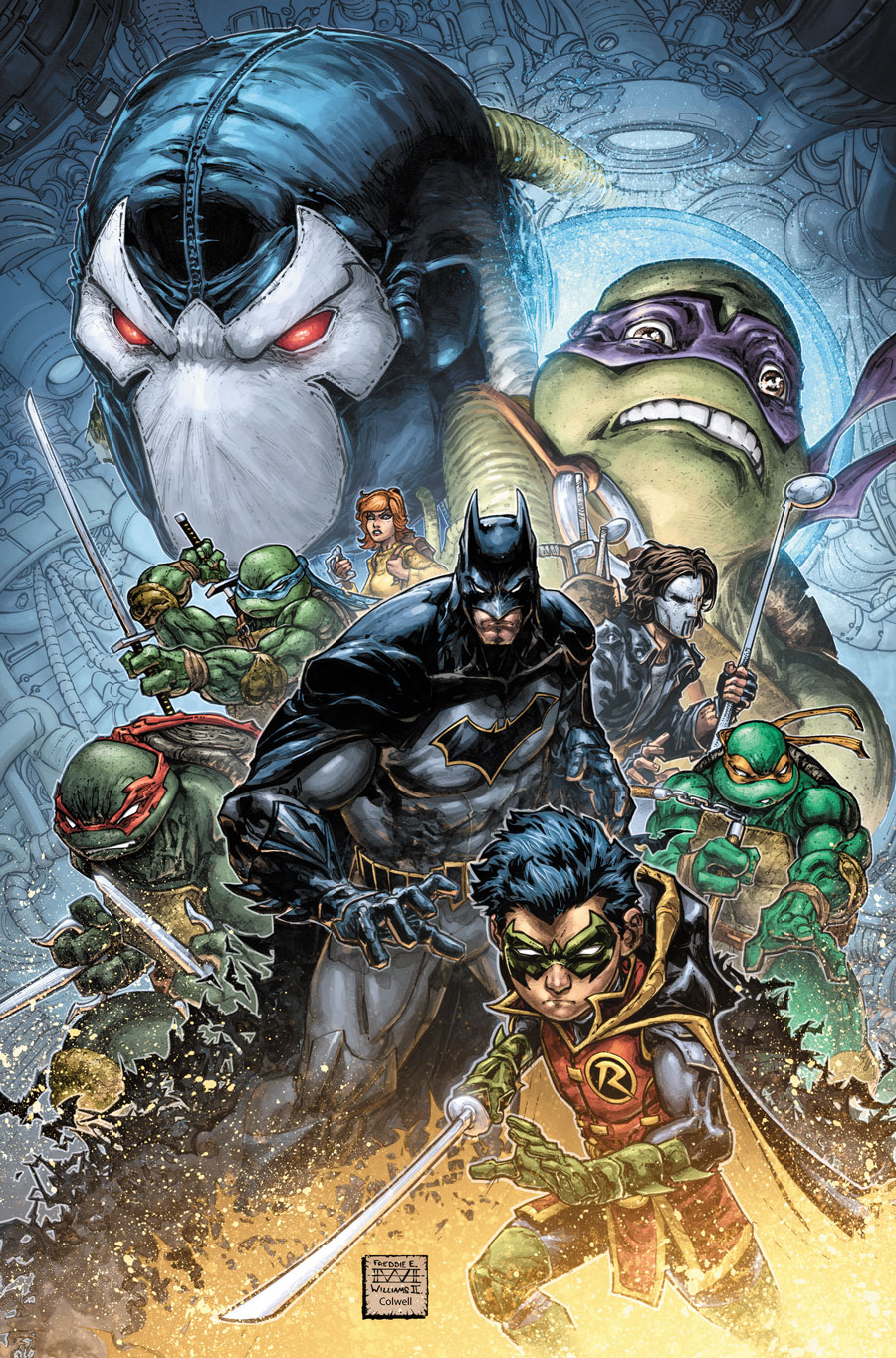 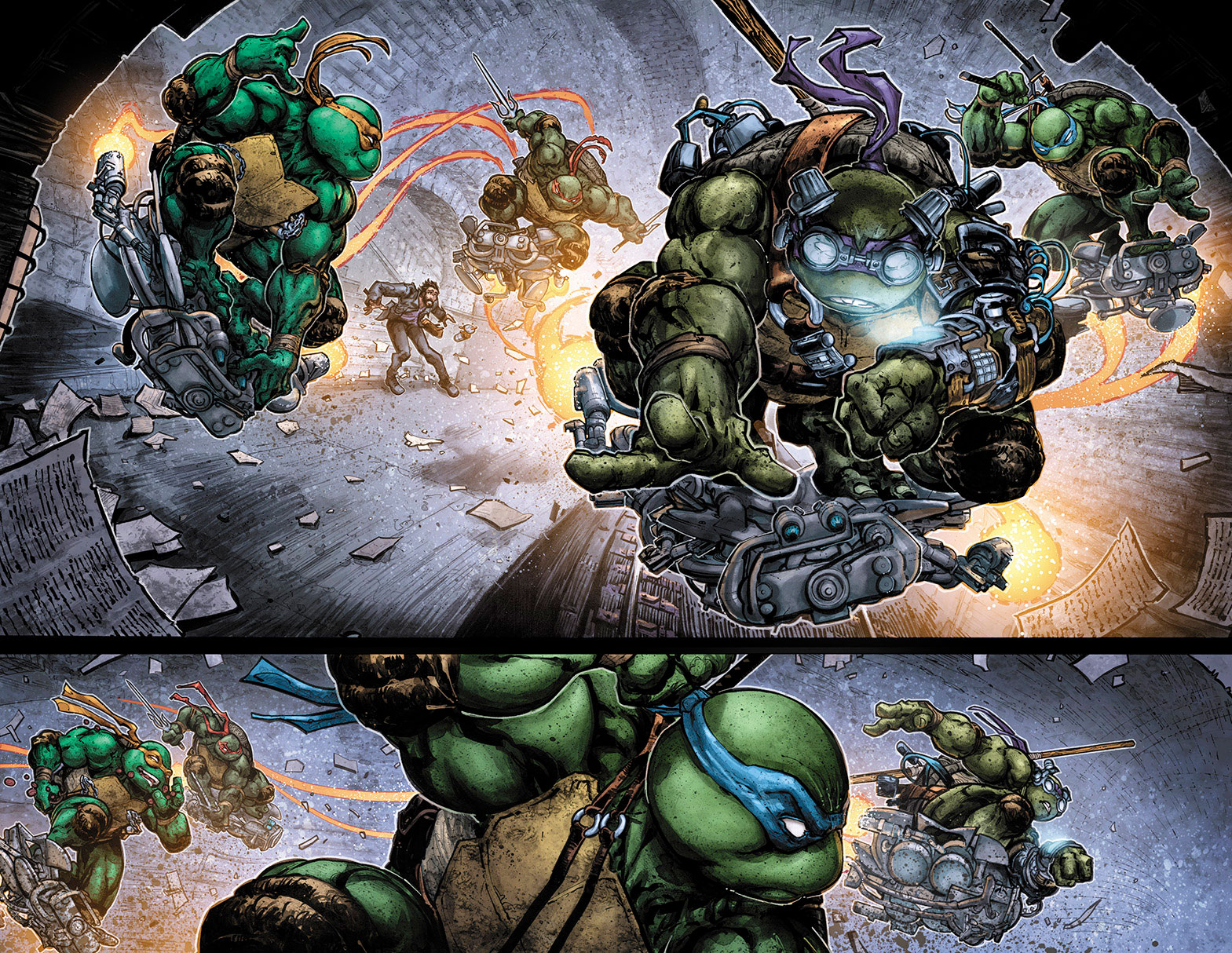 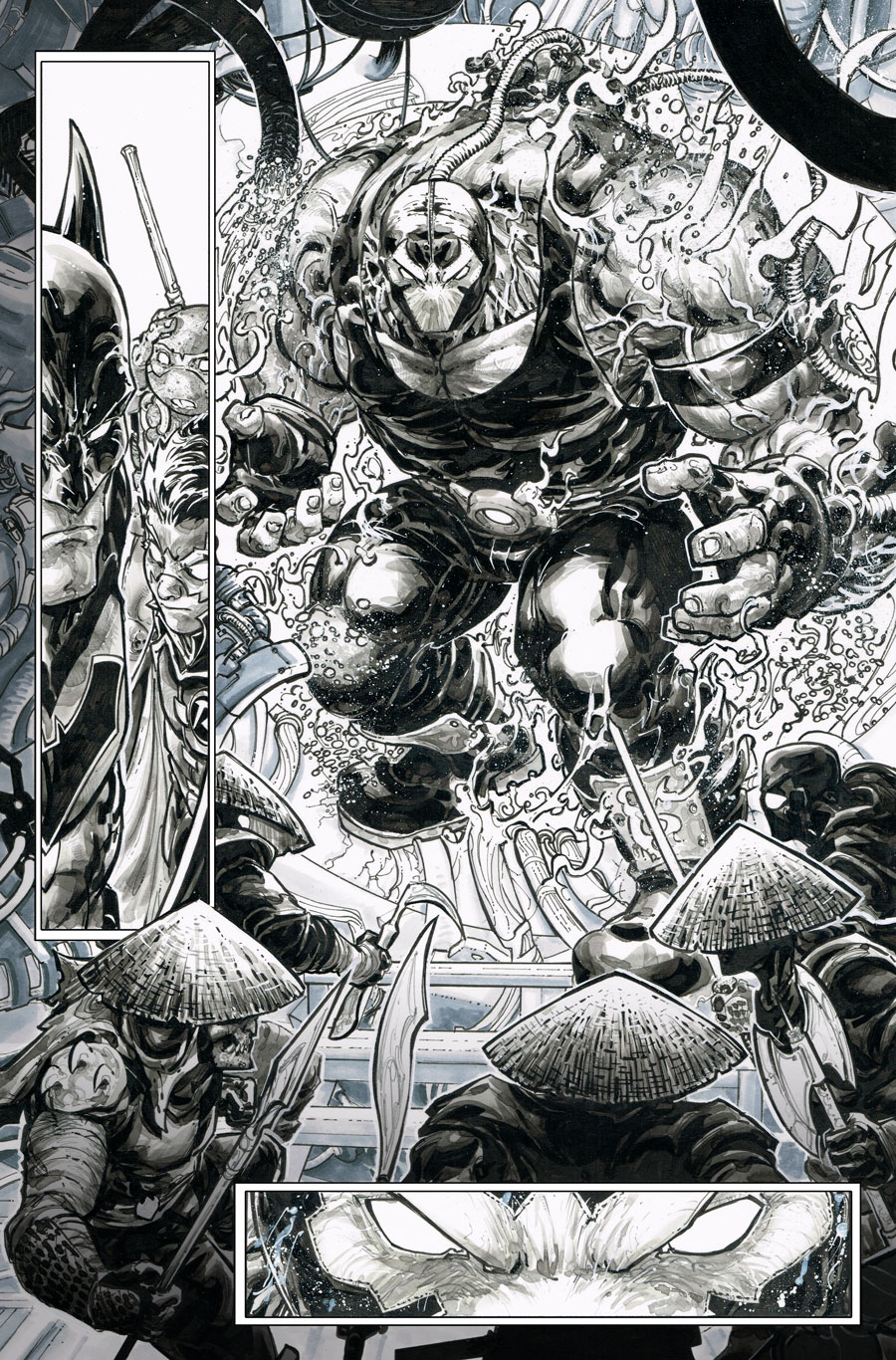 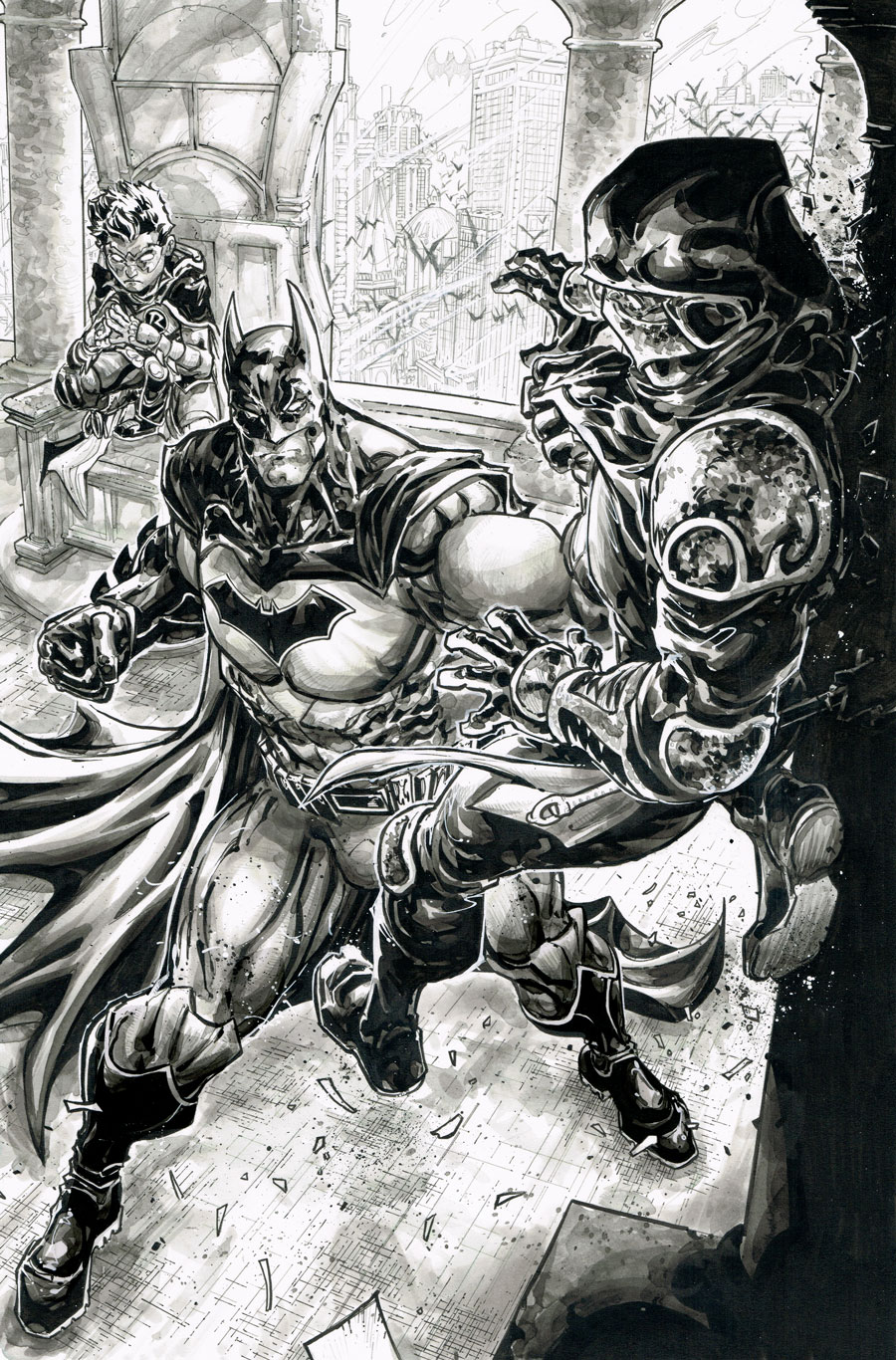 The art looks gorgeous and capturing. This series will not be a let-down. To celebrate its fans, they will release the first two issues in December before going month to month. Issue #1 will be available at your comic retailers on December 6th, and issue #2 will be released December 20th.

IDW President and COO, Greg Goldstein talks of great appreciation towards their fans:

The original crossover between Batman and the Turtles was met with such positive enthusiasm from the fans, that it was only a matter of time before their paths crossed again. Fans have themselves to thank for making this a reality, yet again, and we’re confident that we can deliver the goods to meet their expectations with our talented creative team returning for round two.

Some serious excitement for December. Batman crossovers often knock the competition out of the park, we’re expecting no less! 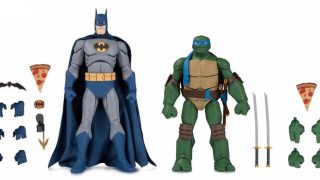 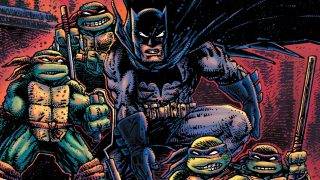