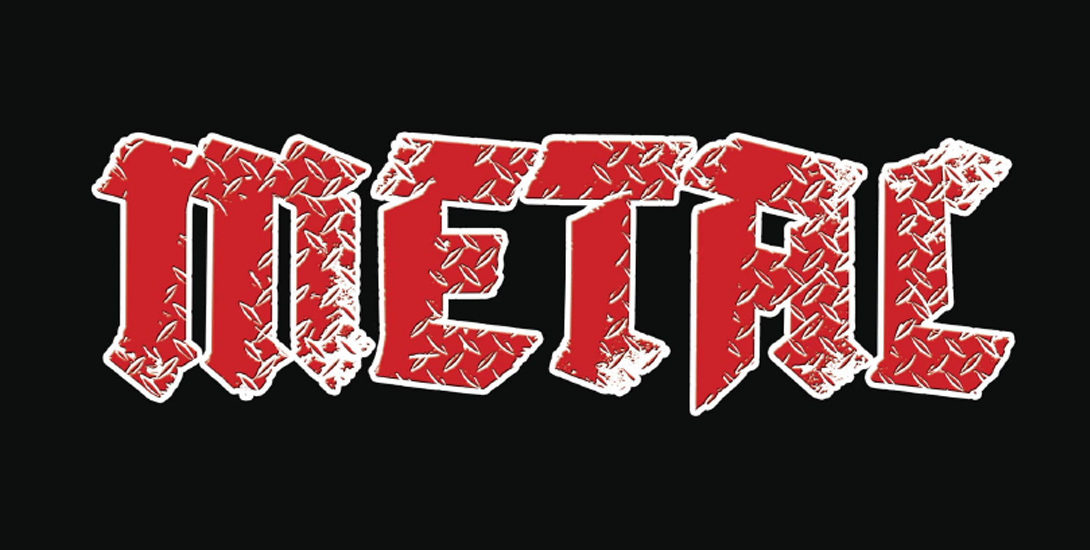 We’re still early on in the Metal and before my review of Dark Nights: Metal #2 hits the web on Friday; I wanted to revisit what’s happened in this DCU event so far. Metal reunites my favorite team in modern comics, Scott Snyder and Greg Capullo. “I’ve been planning Metal for as long as I’ve been writing Batman,” says Snyder. According to Snyder, he and Capullo have been dropping hints to Metal since “Court of Owls”.

Snyder kicks things off with a prelude story, Dark Days: The Forge #1, along with a stellar team that includes fellow writer James Tynion IV and artists Andy Kubert, Jim Lee, and John Romita, Jr. Although The Forge #1 is considered a prologue to the greater comic event, it lays crucial groundwork that makes this feel like a first issue to Metal. 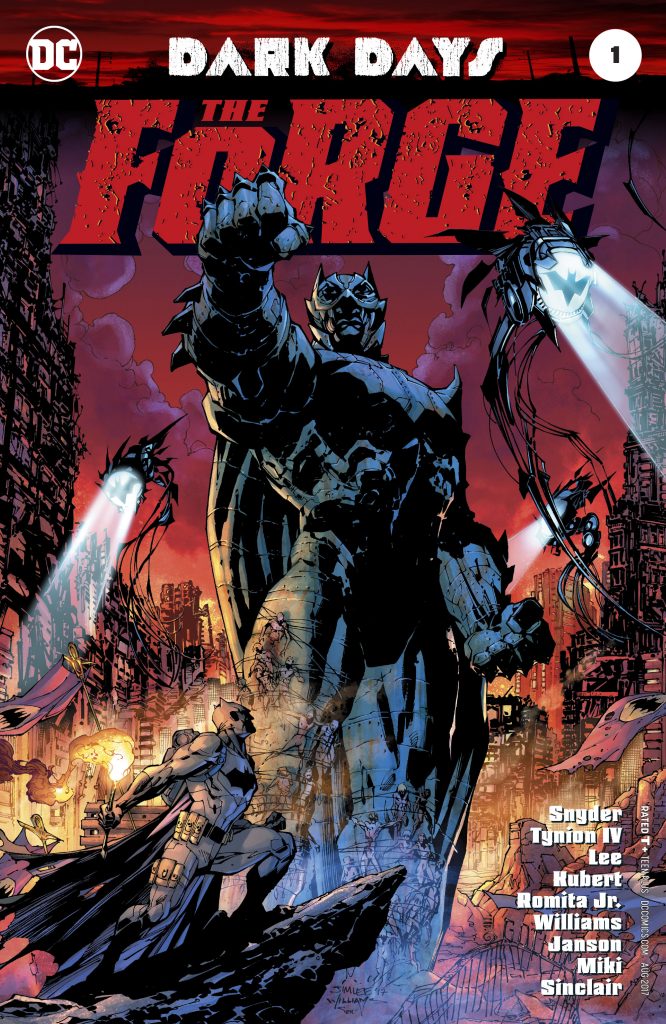 The writing and collaboration by Snyder and Tynion is firing on all cylinders—both having plenty of Batman experience under the belt at this point. The script weaves between the past with Hawkman and the present with quite a lot going on, though it never feels busy. Batman is solving a mystery and keeping what he’s looking for close to the chest, while Green Lantern is sent to Wayne Manor, or more specifically the Batcave, to investigate the source of a great threat to Earth.

While the artwork in this book is fantastic, I do miss seeing Snyder’s normal Batman collaborator, Capullo. That being said, Kubert, Lee, and Romita, Jr. are all at the top of their game, giving us a detailed, powerful, and beautiful art to match the equally powerful script. 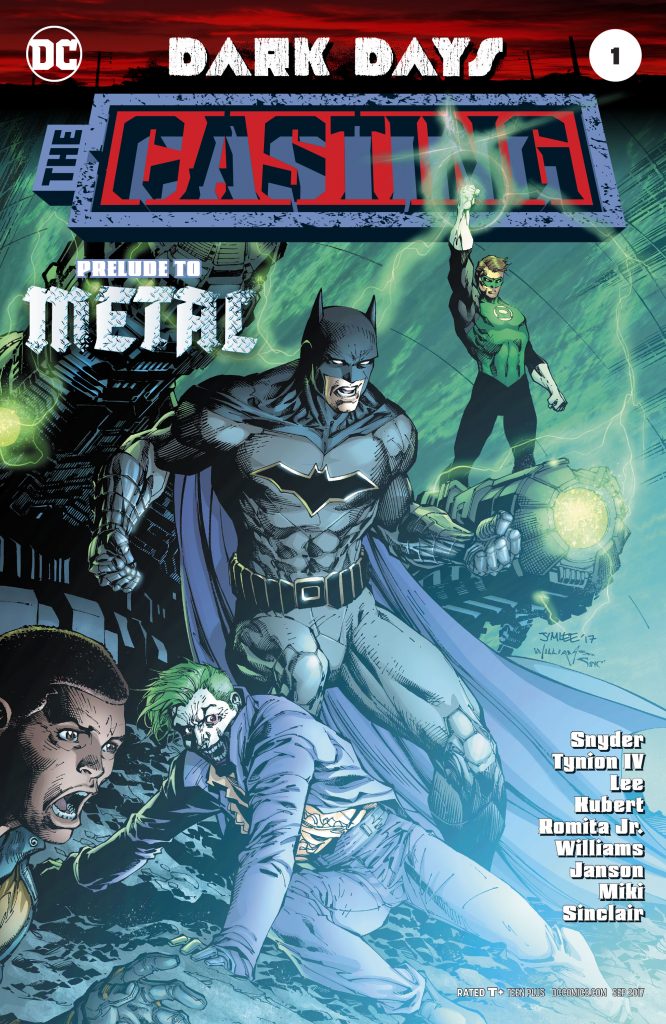 The story picks up right where The Forge #1 left off and the overall writing and story is even better in this issue. We continue to weave this new mythos seamlessly into the past of the DCU by following Hawkman and Hawkgirl, along with other immortals—I really enjoyed the Ra’s al Ghul cameo. Batman continues to parade around the world, gathering what he needs to solve this mystery of his—he’s still holding things close to his chest as he interacts with Wonder Woman and Talia al Ghul.

The best scenes all happen in the Batcave with Hal Jordan, Duke Thomas, and The Joker—Hal and Duke had found Joker in The Forge #1, and he seemed to know exactly what Batman was doing. For the first time in these two prelude issues, we get our first real fight that eventually leads to The Joker’s escape, but not before, he pleads his case of trying to be the good guy for once. The issue ends with Batman thinking he failed—but in reality, darkness is coming.

The comic event officially starts with Dark Nights: Metal #1, which reunites Snyder and Capullo. Metal has a lot to live up to, but with the amazing track record, these two have—the best part of the New 52 was easily their Batman run—I think it’s safe to say that we’re in for a great story over the next five months. If the team behind it doesn’t get on board, then the Dark Days prelude one shots will do the trick. 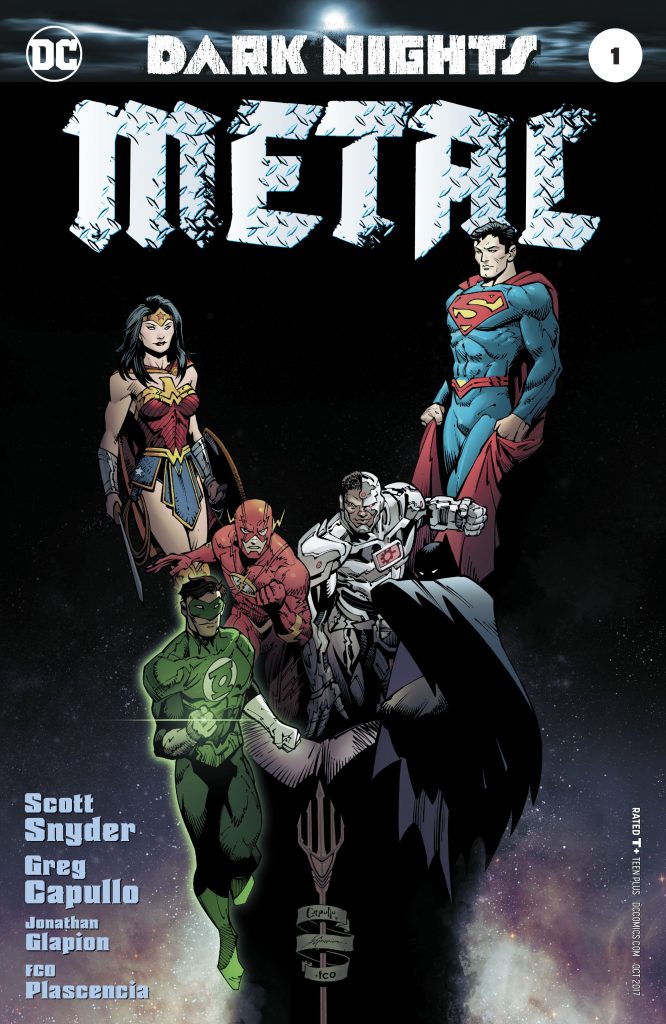 The issue opens with the Justice League, captured by Mongul, forced to battle on his war moon. Mongul created armor, which the League found themselves in, that he infused with various trinkets to eliminate, their powers. A captured Toyman reveals the next opponents for the heroes to face, Fulcum Abominus. Several robots, each designed to go against a member of the Justice League, enters the arena and the battle begins. Batman realizes the clue Toyman gave them, in the name, and they activate a button in each robot, causing them to be “eaten”. This ultimately leads them to take a page out of the Power Rangers book and operating all the robots as one mega robot.

The rest of the issue spends time setting things up, I suspect for those that have not read the prologue issues, but Snyder still finds a way to do it in a captivating way. The most interesting thing is the brief explanation of the DC multiverse and Barry Allen discovering that there’s more—a dark multiverse. A multiverse, much older and vaster than the DC multiverse, hidden in the darkness. The issue does round out nicely; tying up the Hawkman journal aspect—but what exactly has Batman found himself in the middle of?