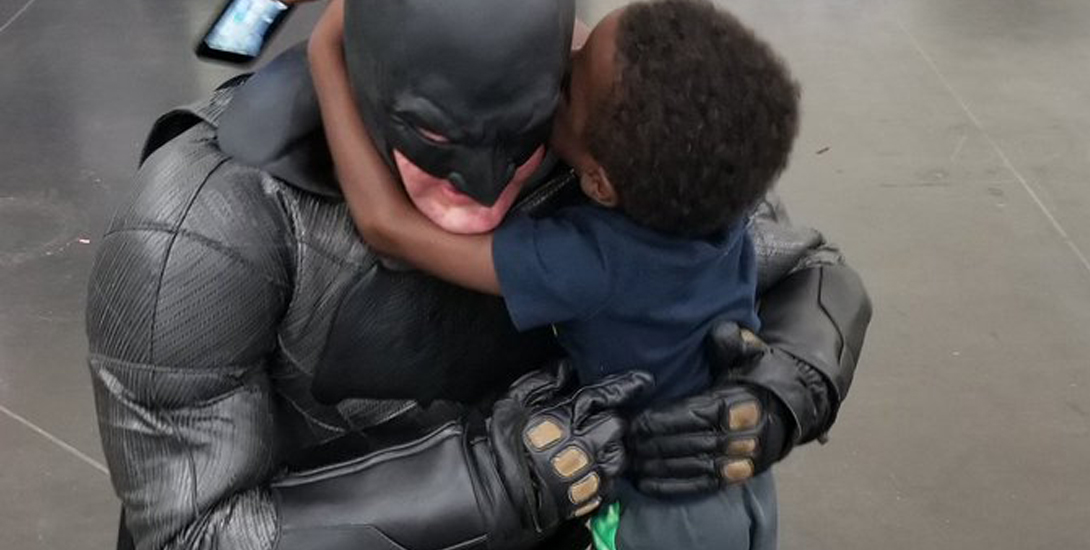 Cpl. Damon Cole, a police officer since 1999, has been dressing up like superheroes, in some fashion, for the past 13 years—starting with something as simple as the Superman crest sewn onto his bulletproof vest. This earned the trust of children he dealt with on a call for service.

In 2015, Cole learned of a seven-year-old boy, Bryce Schottel, who had cancer and loved Superman. Cole took three vacation days and made the eleven-hour drive from Texas to Illinois to visit Bryce’s school, spend time at a local fundraiser, and to spend time with Bryce as Superman (and even Iron Man). The experience changed Cole’s life—he found his calling.

Since then, he has expanded the heroes he dresses as to include a diverse list, which now includes Batman, and travels—on his own time and money—to visit kids battling cancer, community outreach programs, speaking events and more. He’s even caught a shoplifter dressed as Batman. Most recently, he paid a visit to Harvey victims and first responders.

Hurricane Harvey, the first major hurricane that made landfall since Hurricane Wilma struck South Florida in October in 2005, hit southeast Texas hard last week. The category 4 hurricane wrecked the area and its catastrophic impacts will be felt for weeks and months to come.

After working a twelve-hour patrol with the Houston Police Department, assisting with Harvey rescues, Cpl. Damon Cole felt the need to do more. “It was heartbreaking seeing so many people that have lost everything from Hurricane Harvey. After I got off work I really wanted to do something more for the families,” he wrote on Facebook. He showed up to the George R. Brown Convention Center, dressed as Batman. 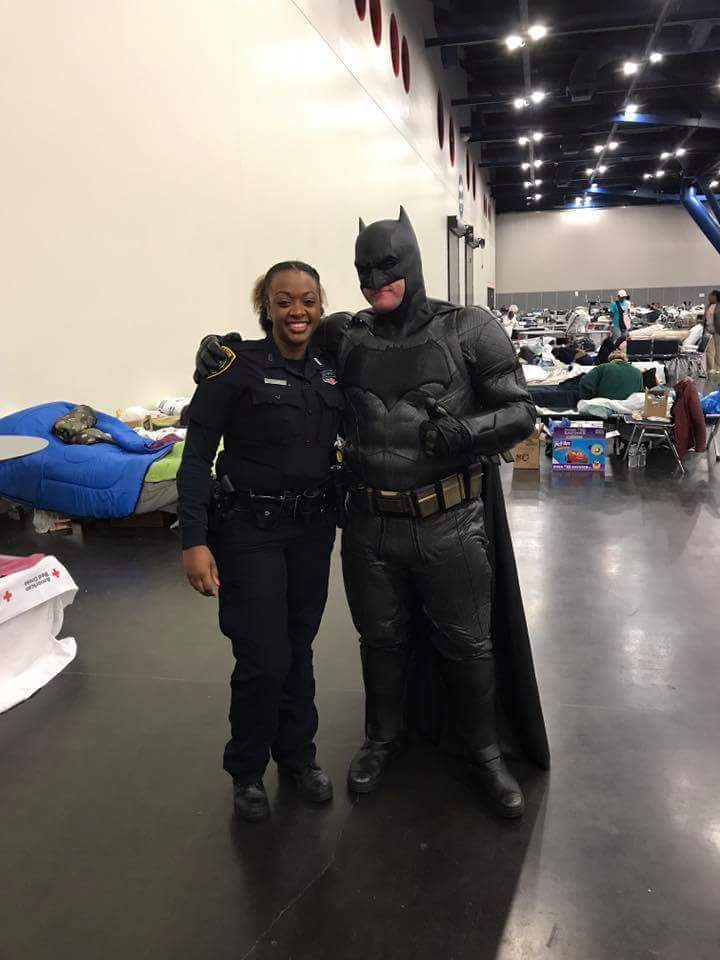 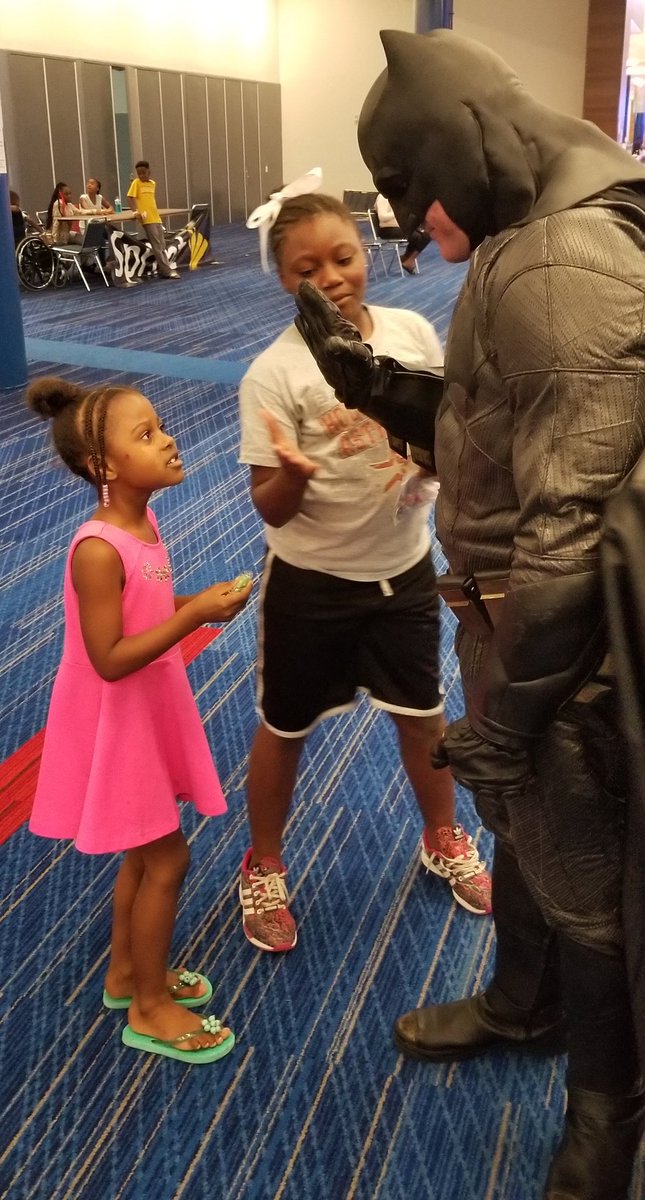 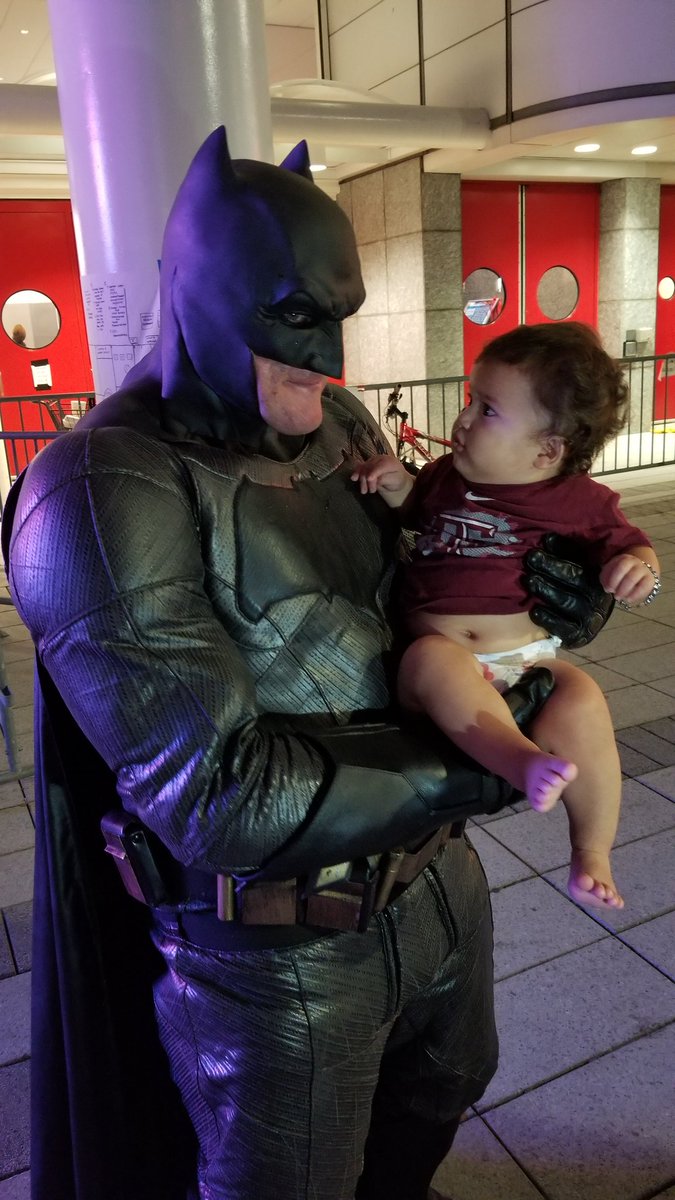 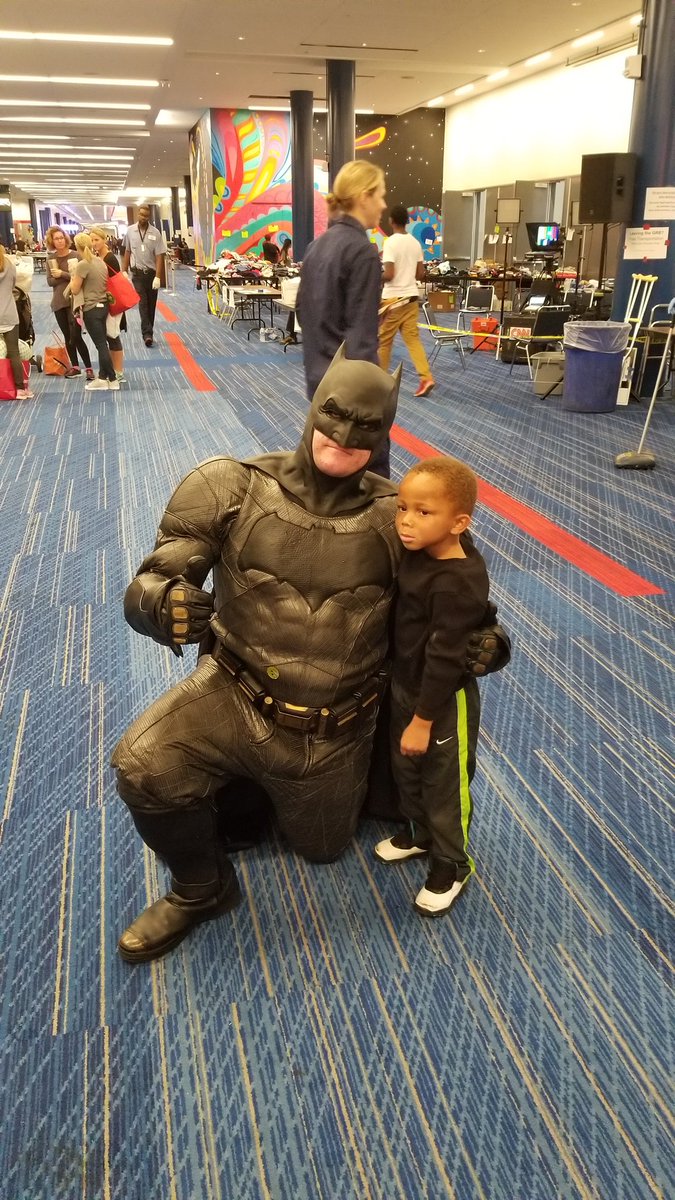 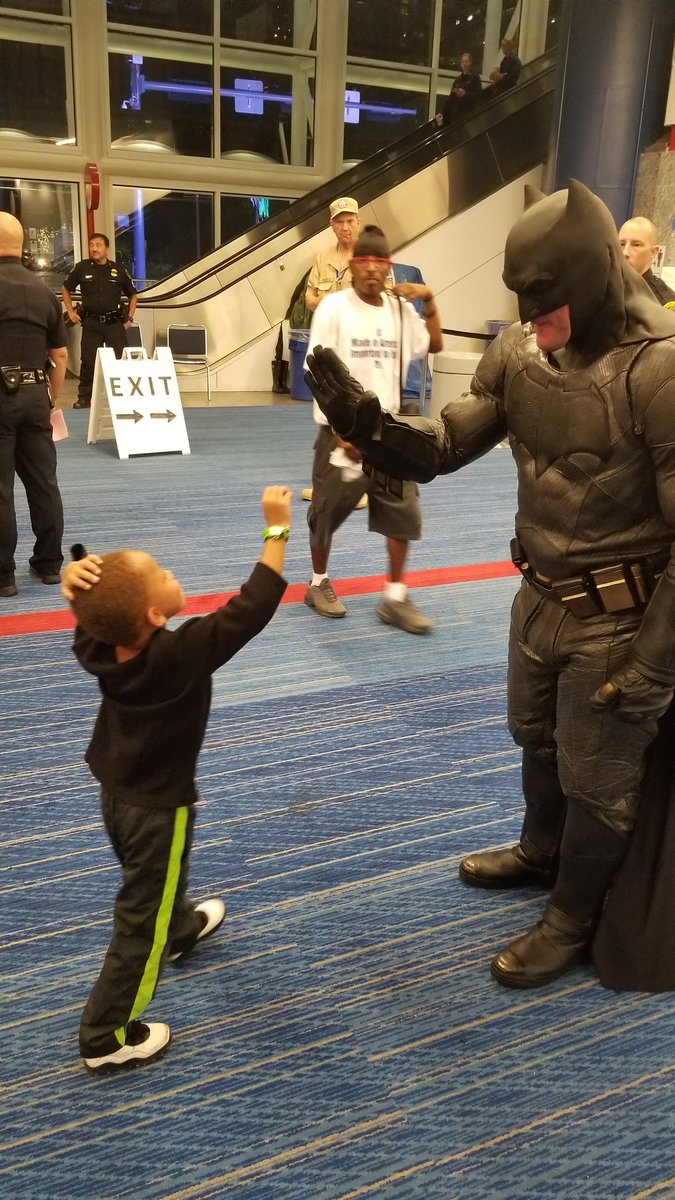 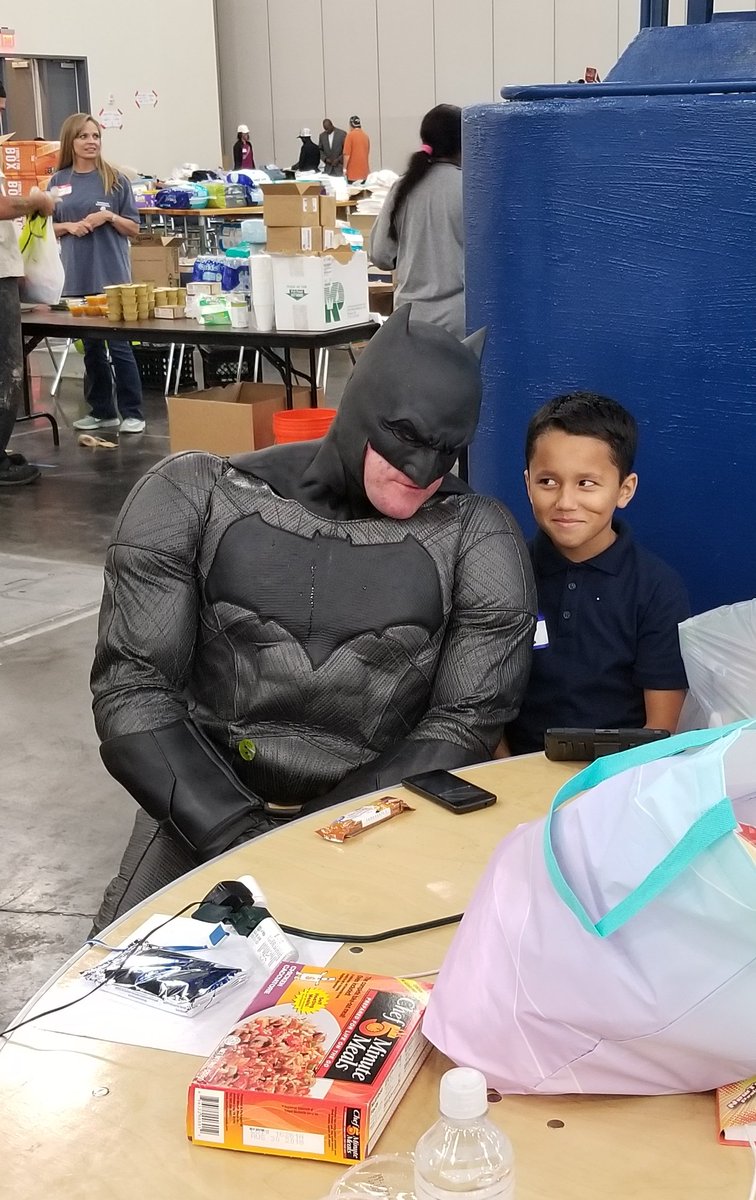 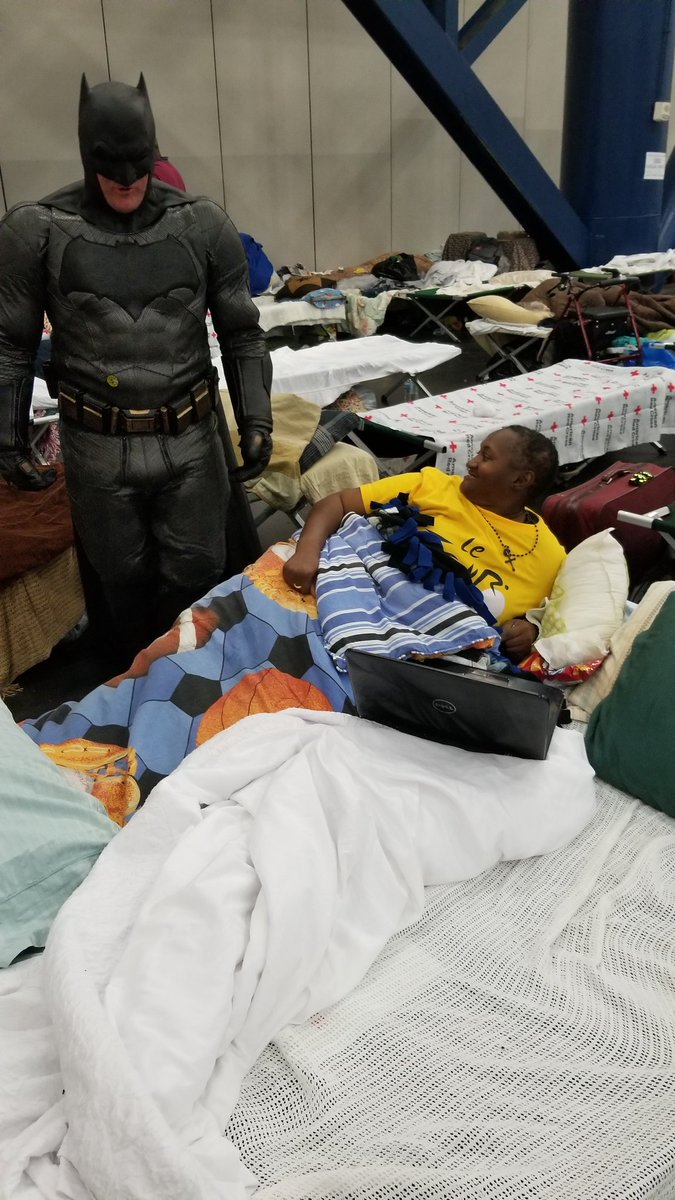 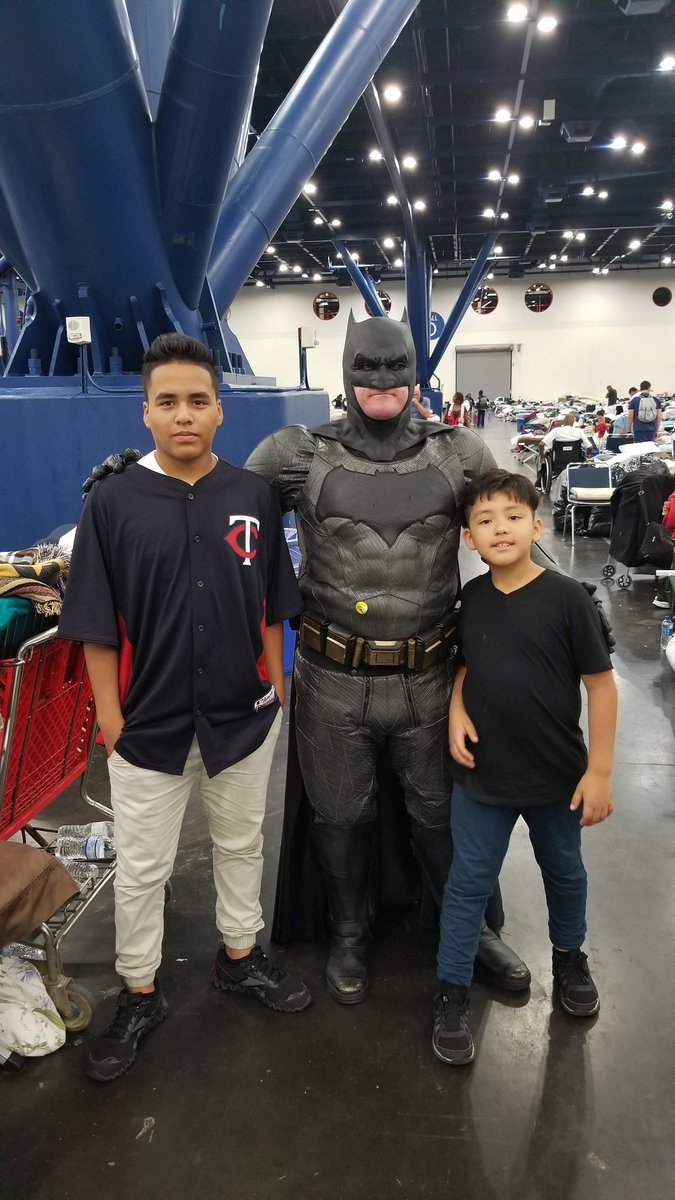 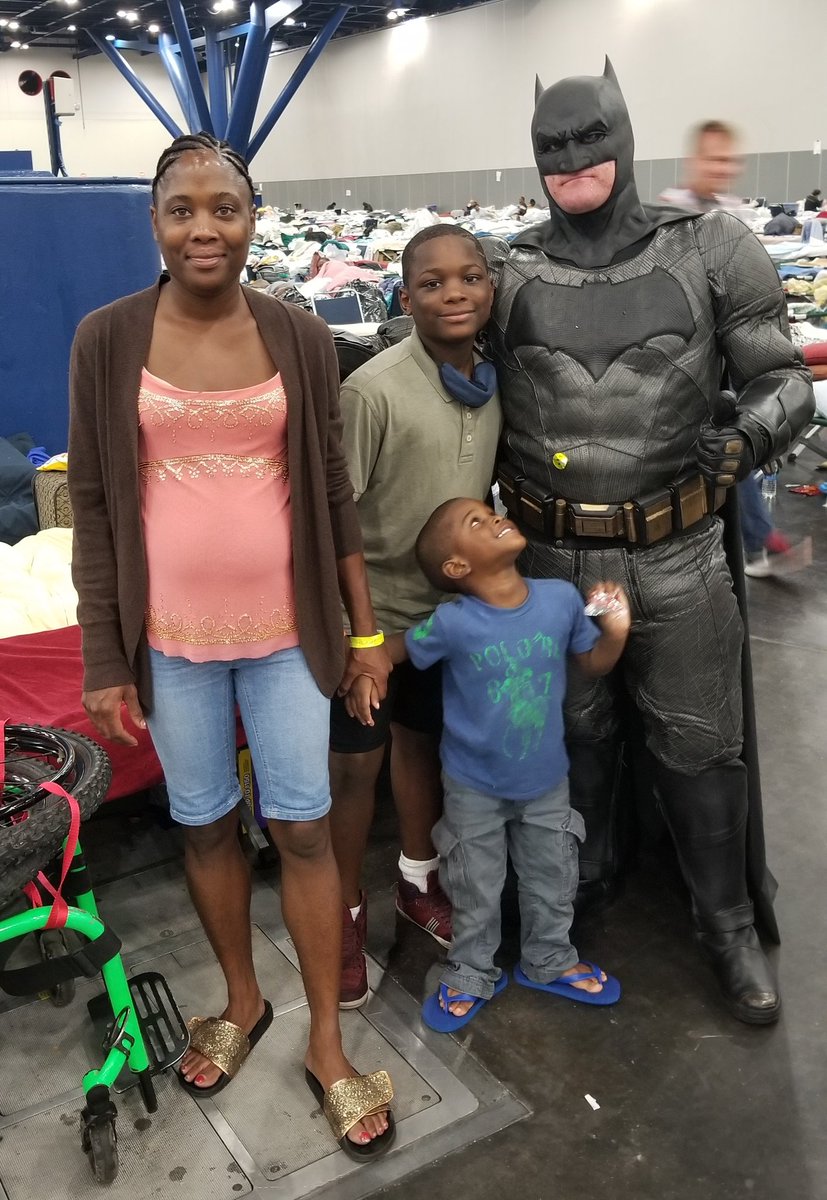 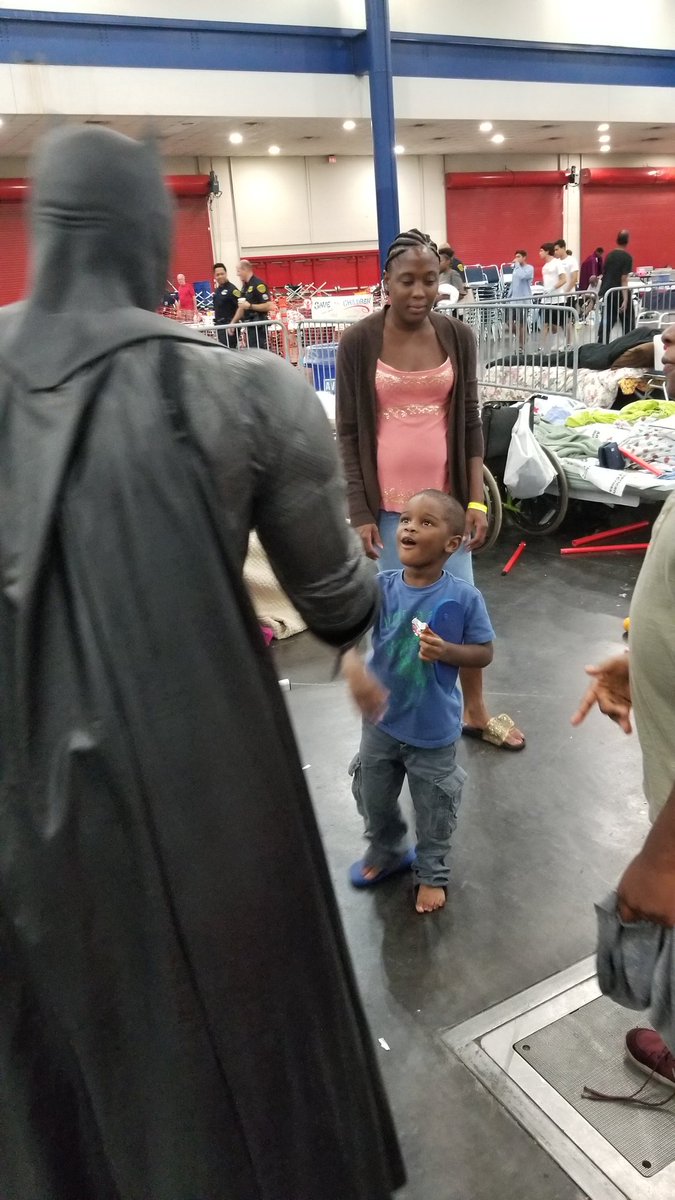 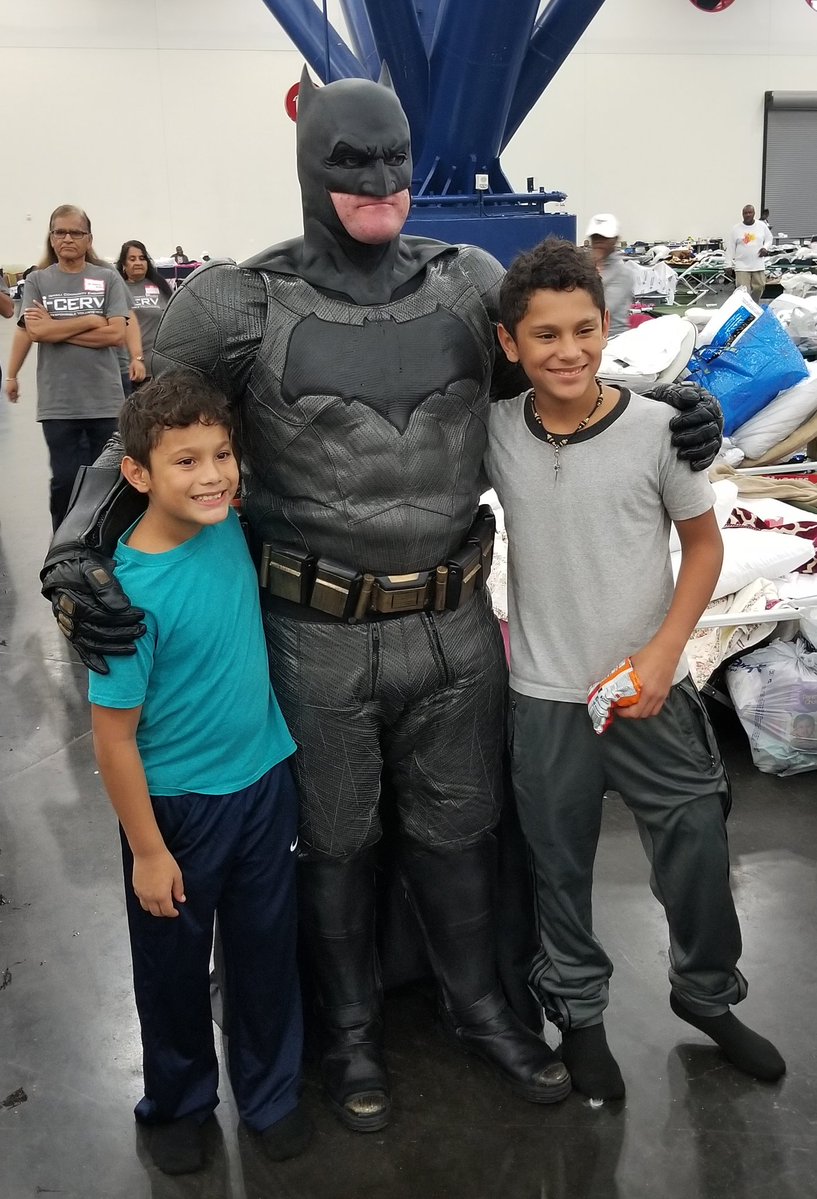 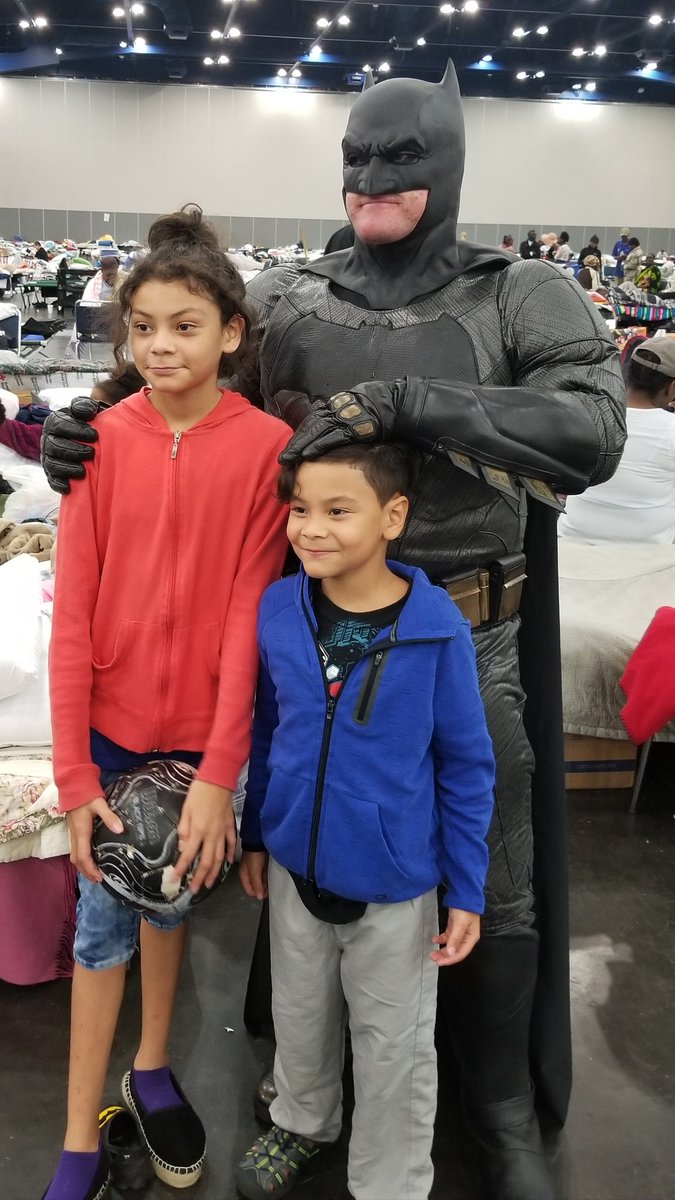 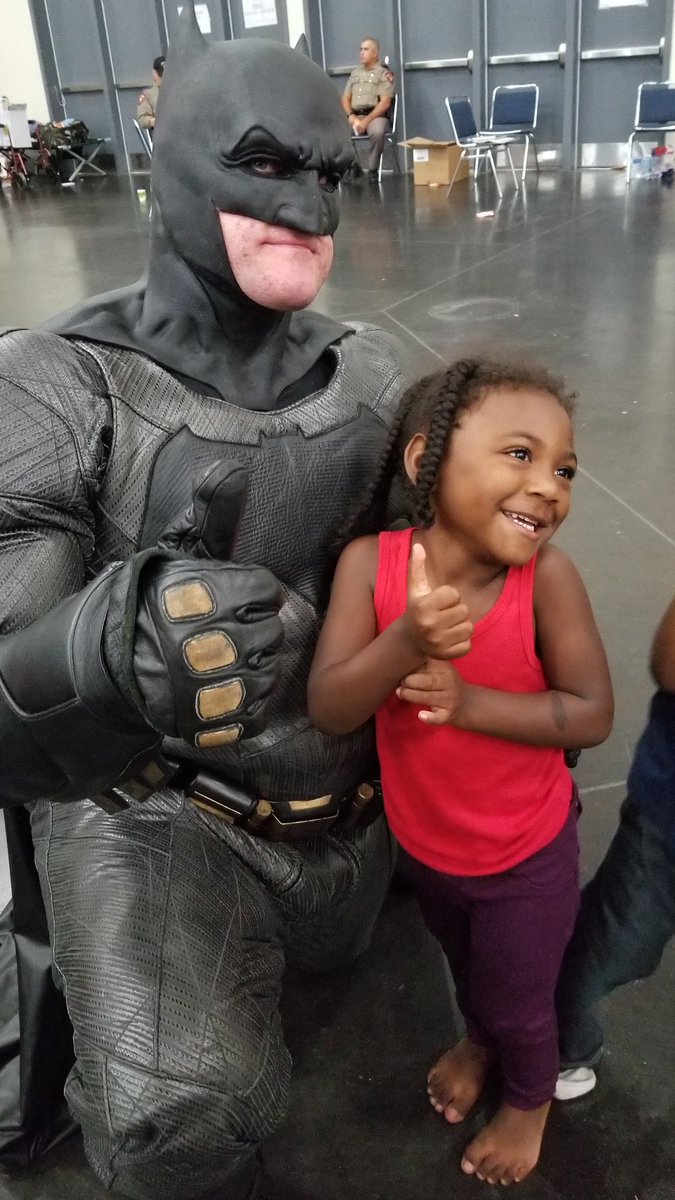 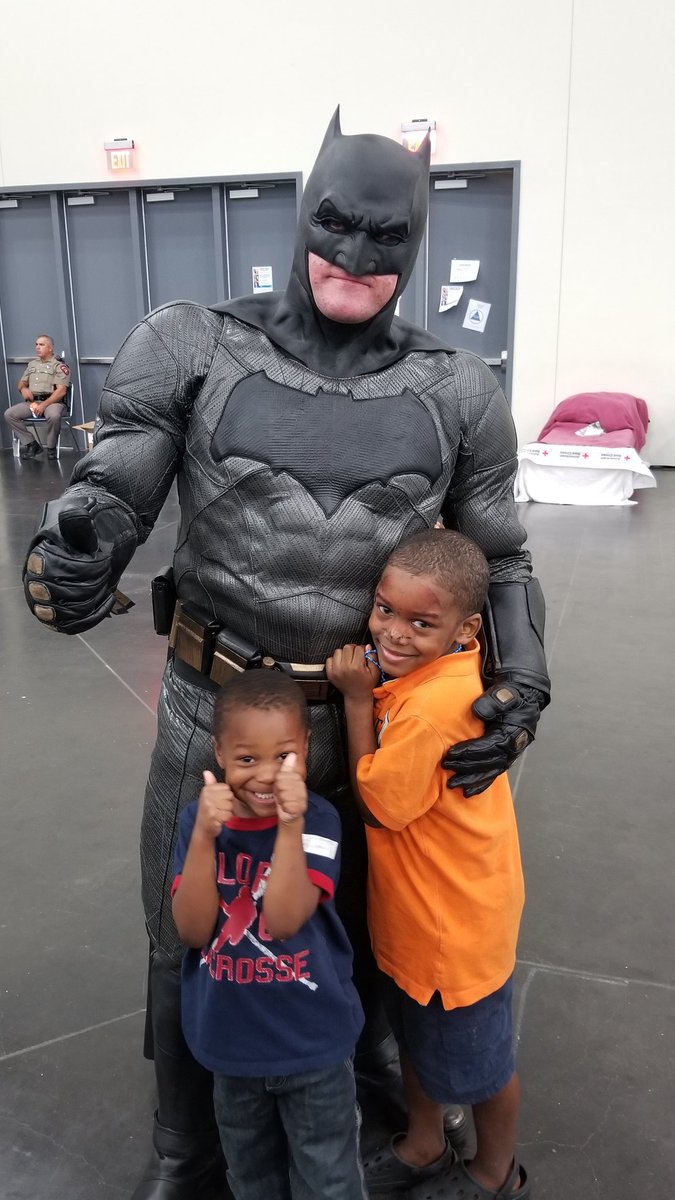 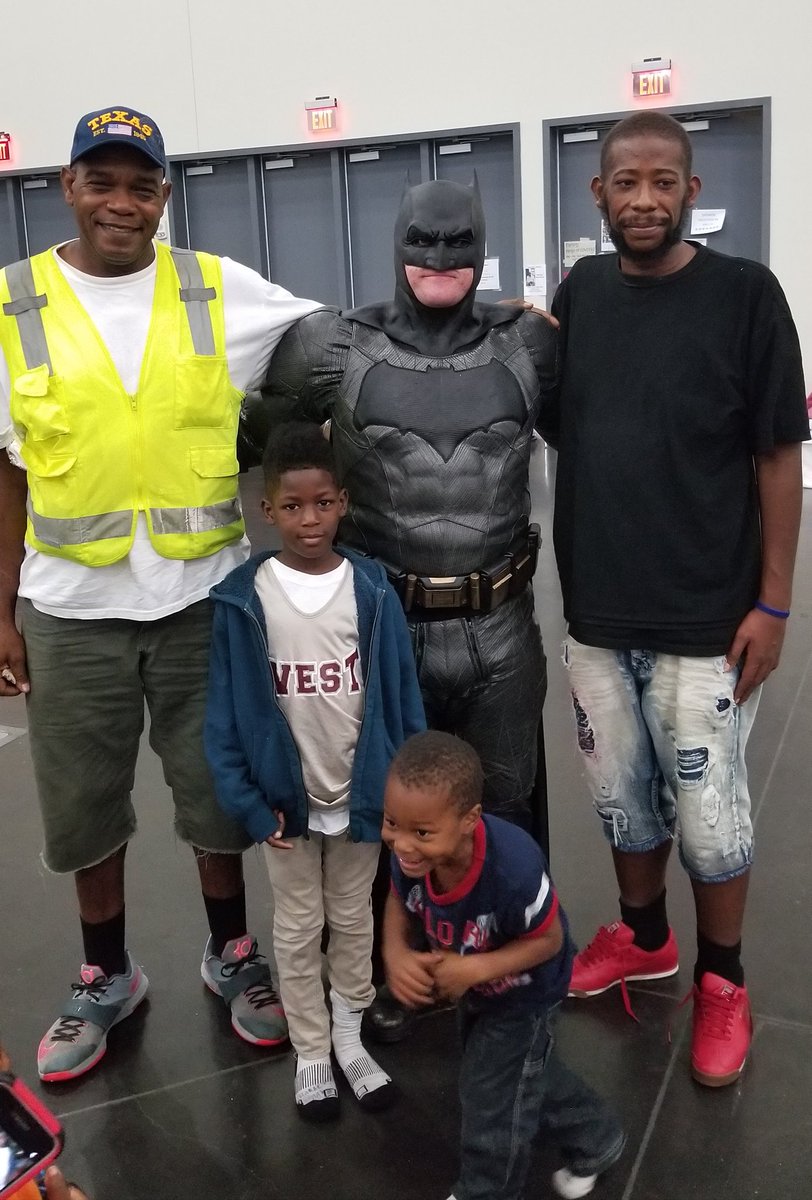 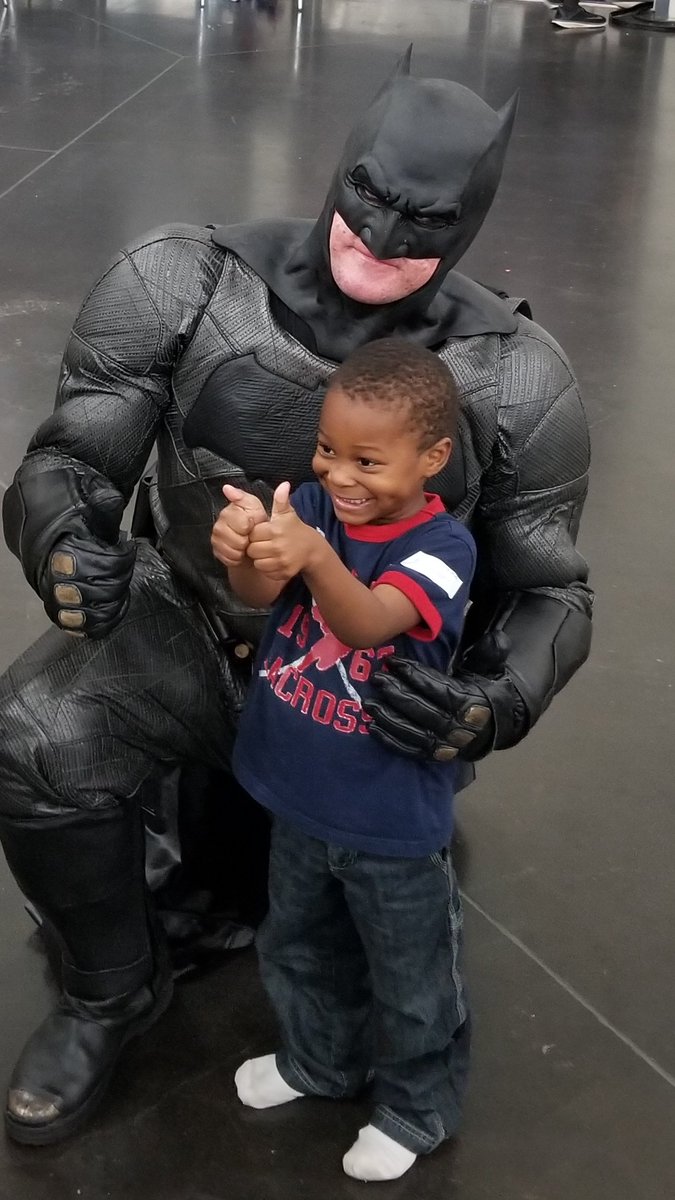 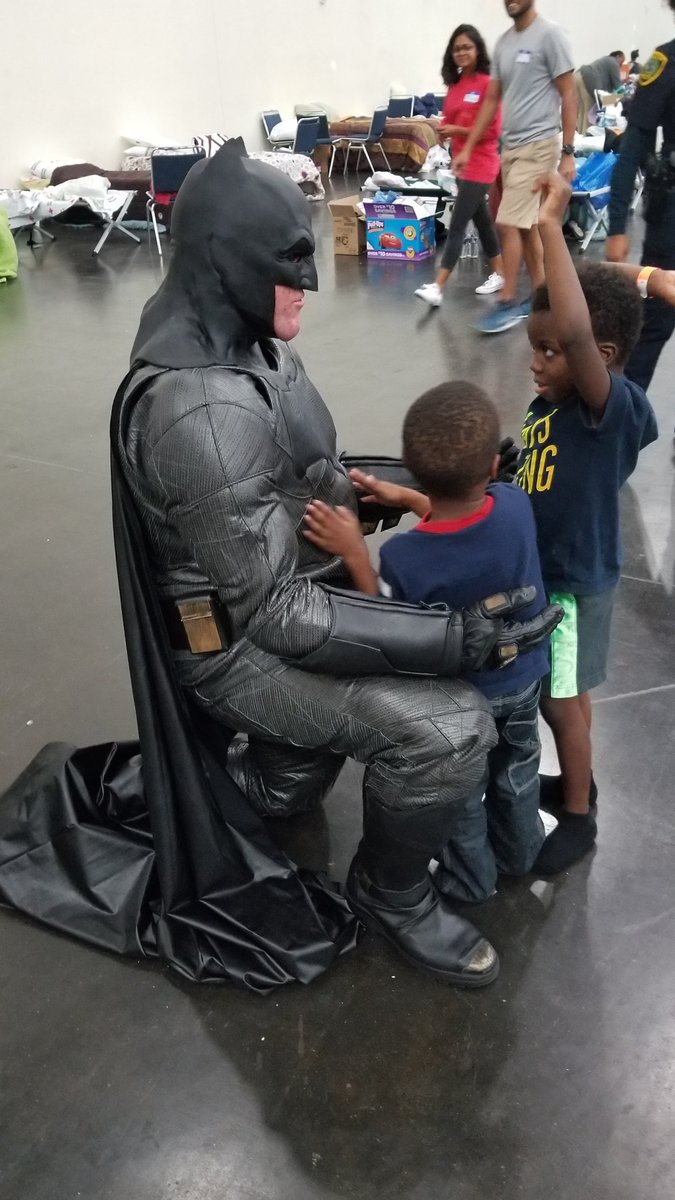 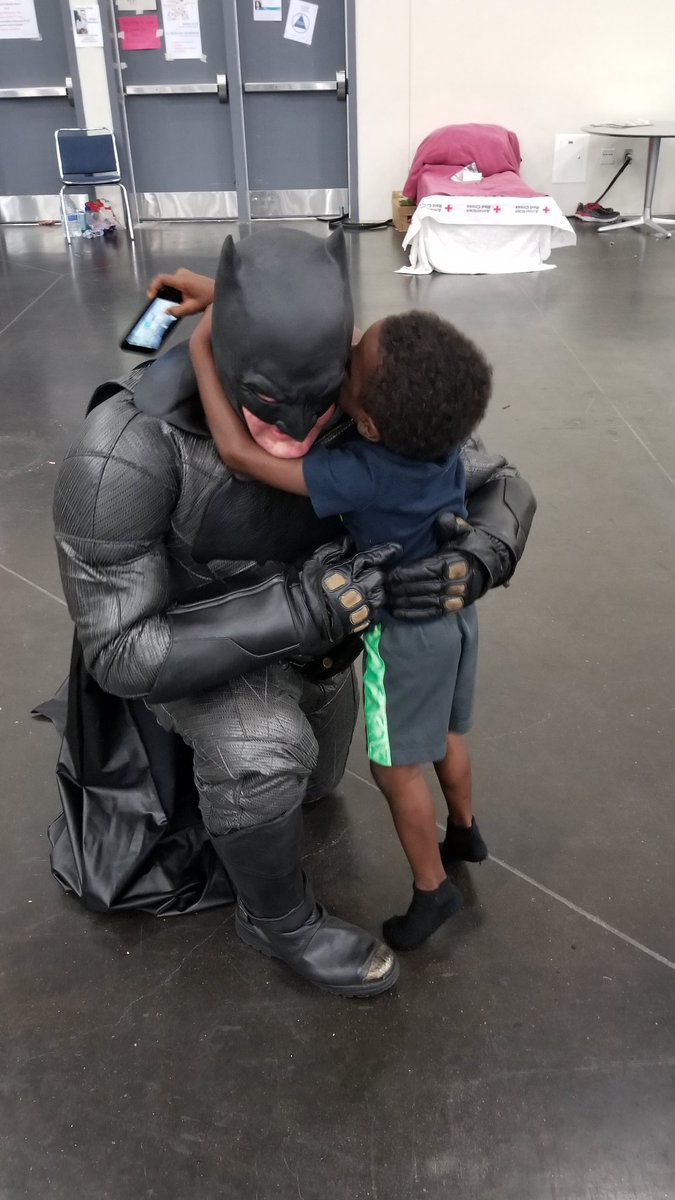 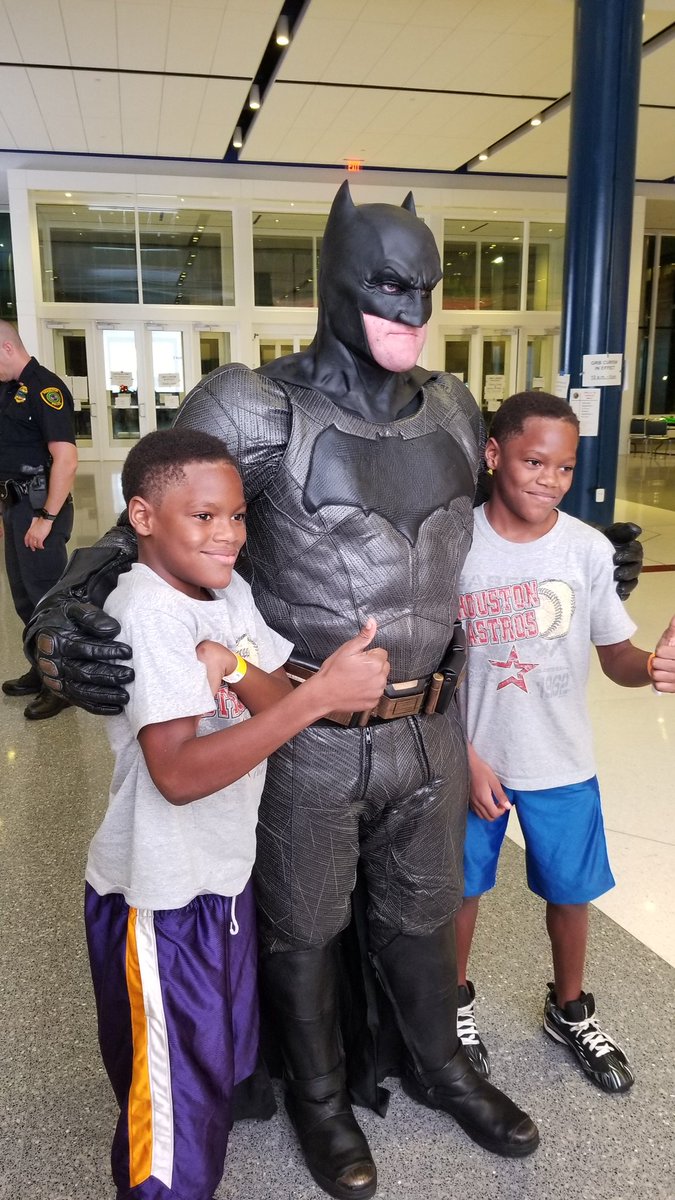 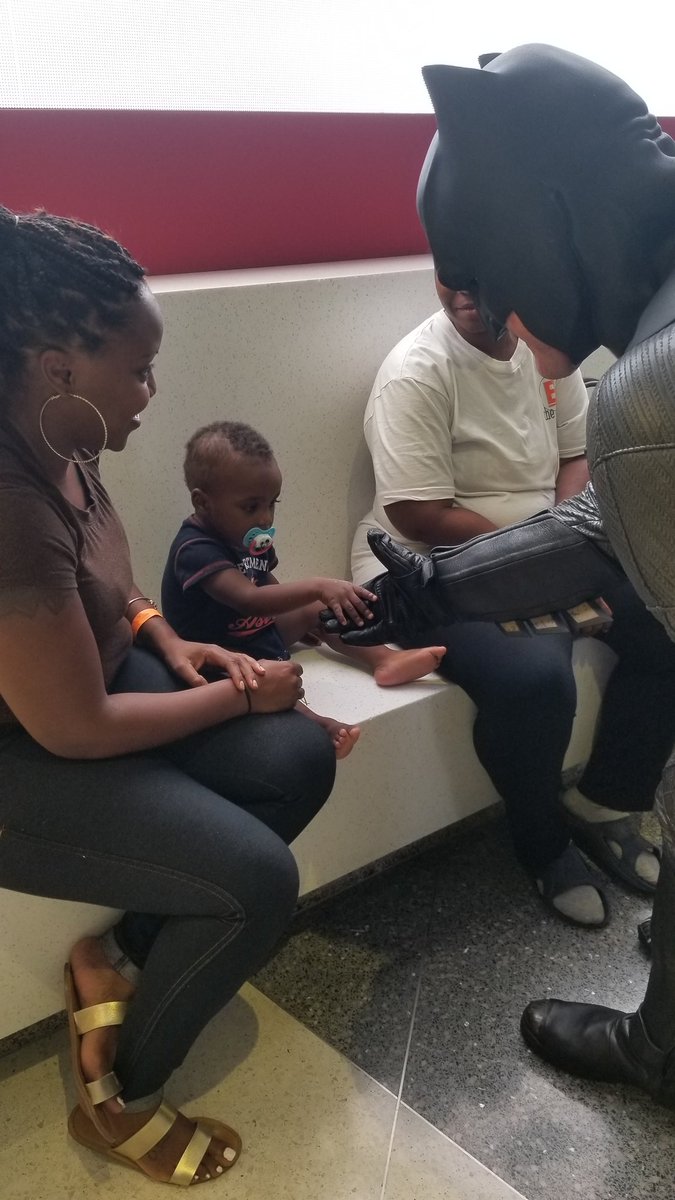 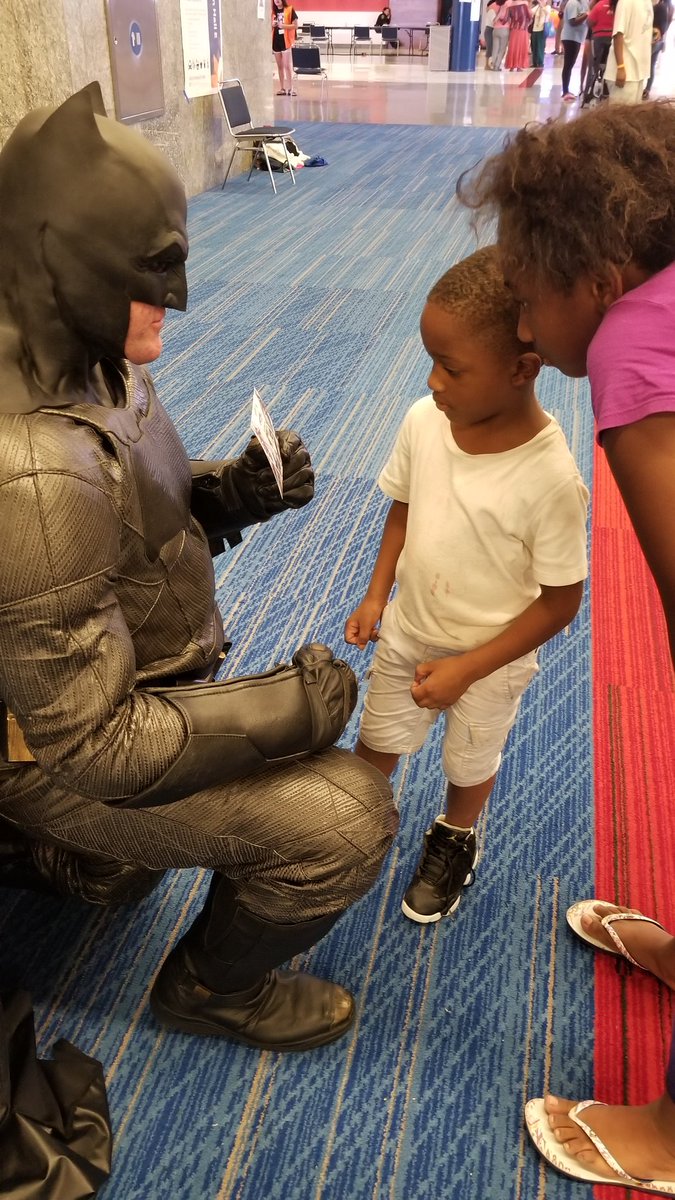 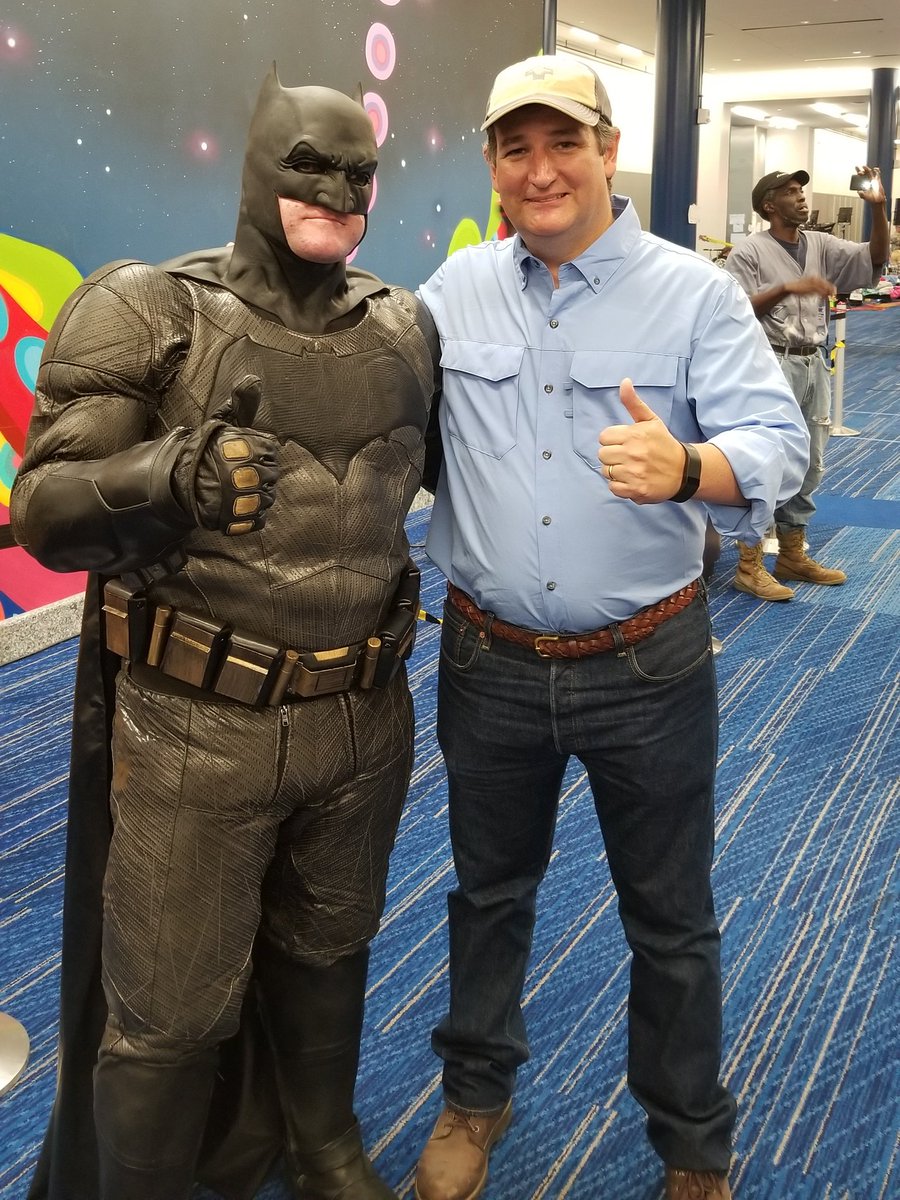 He doesn’t need a costume to be a superhero, but Damon Cole is a real life Batman.