“War of Jokes and Riddles: Interlude: The Ballad of Kite Man” Part 2 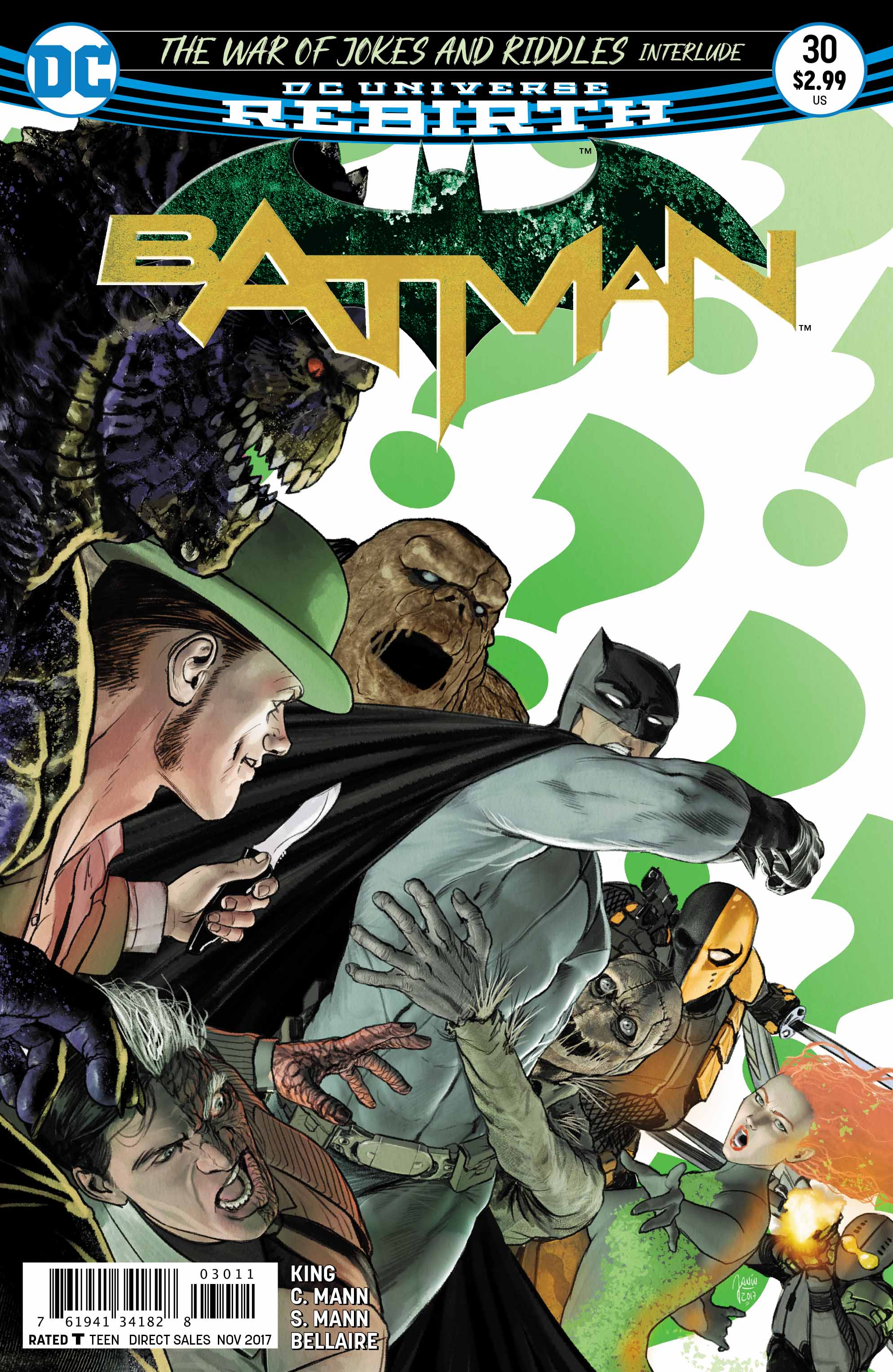 We get another interlude from the main story of the “War of Jokes and Riddles” as the spotlight shifts back to Kite Man.

This is an odd issue to say the least. Kite Man is the focus again and we see his role in the war clarified. Interestingly, the ending implies that he may be the catalyst that ends the war. But more importantly, writer Tom King emphasizes Kite Man’s everyman role. He is the newest member of Batman’s rogues gallery, so he offers a different perspective than more-hardened Bat-villains. To his eyes, everybody is frightening. Batman is a scary, relentless figure. His different encounters with the villains are all potentially fatal. It puts the war into perspective seeing a more-or-less ordinary guy’s point of view of these outlandish characters.

Perhaps the only other villain who is seen as “normal” is Clue Master. He does not get much face time in this issue, but his brief exchange with Kite Man is the most humanizing moment. Guys like Kite Man and Clue Master are different than the Joker or someone like Two-Face. They are not psychologically broken or insane. They are fairly average dudes who see villainy as an outlet for their frustrations. Clue Master’s monologue is short, but his words are impactful. When people see villains of Gotham running amuck, what choice do they have but to act as crazy as them? 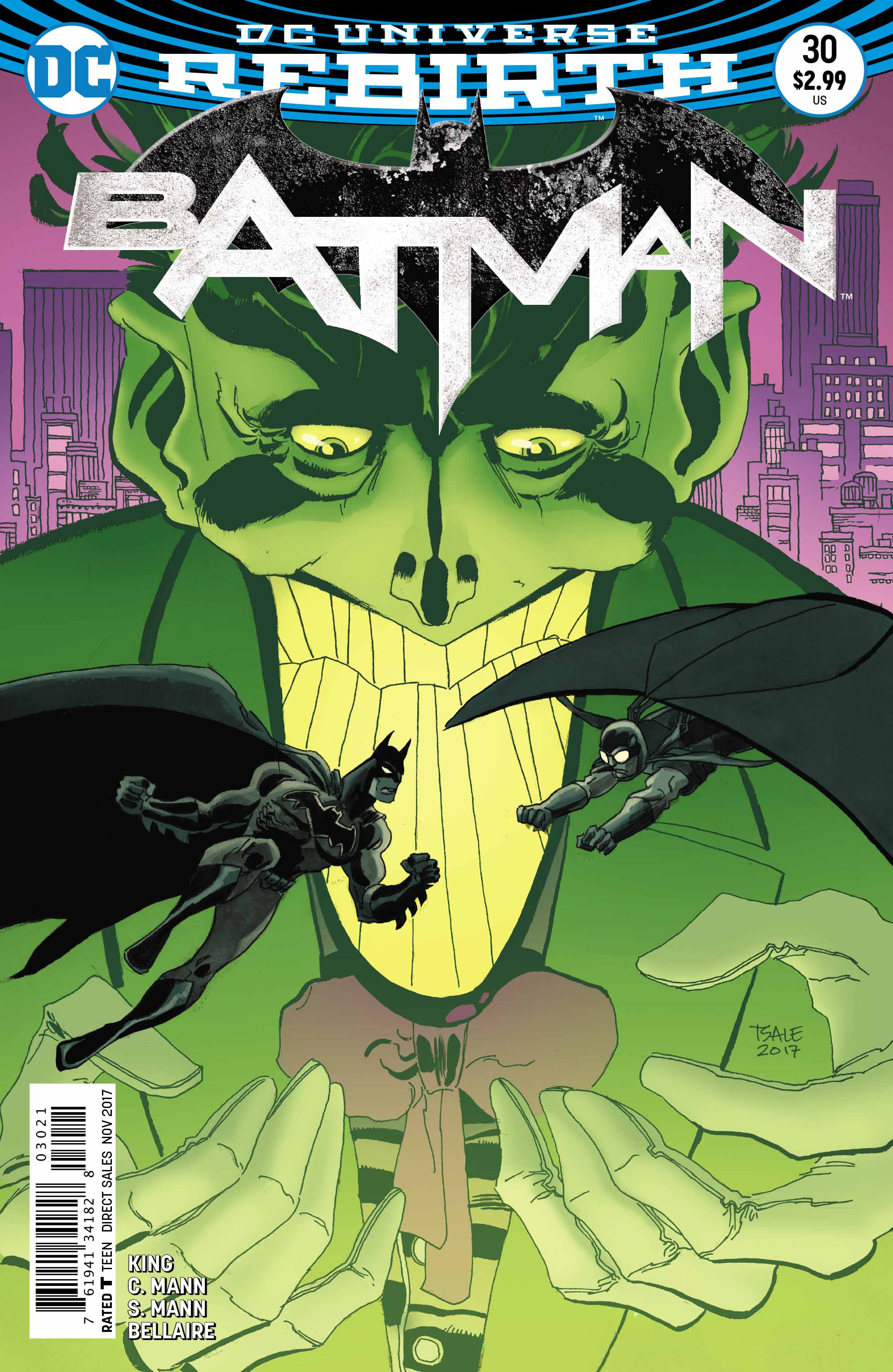 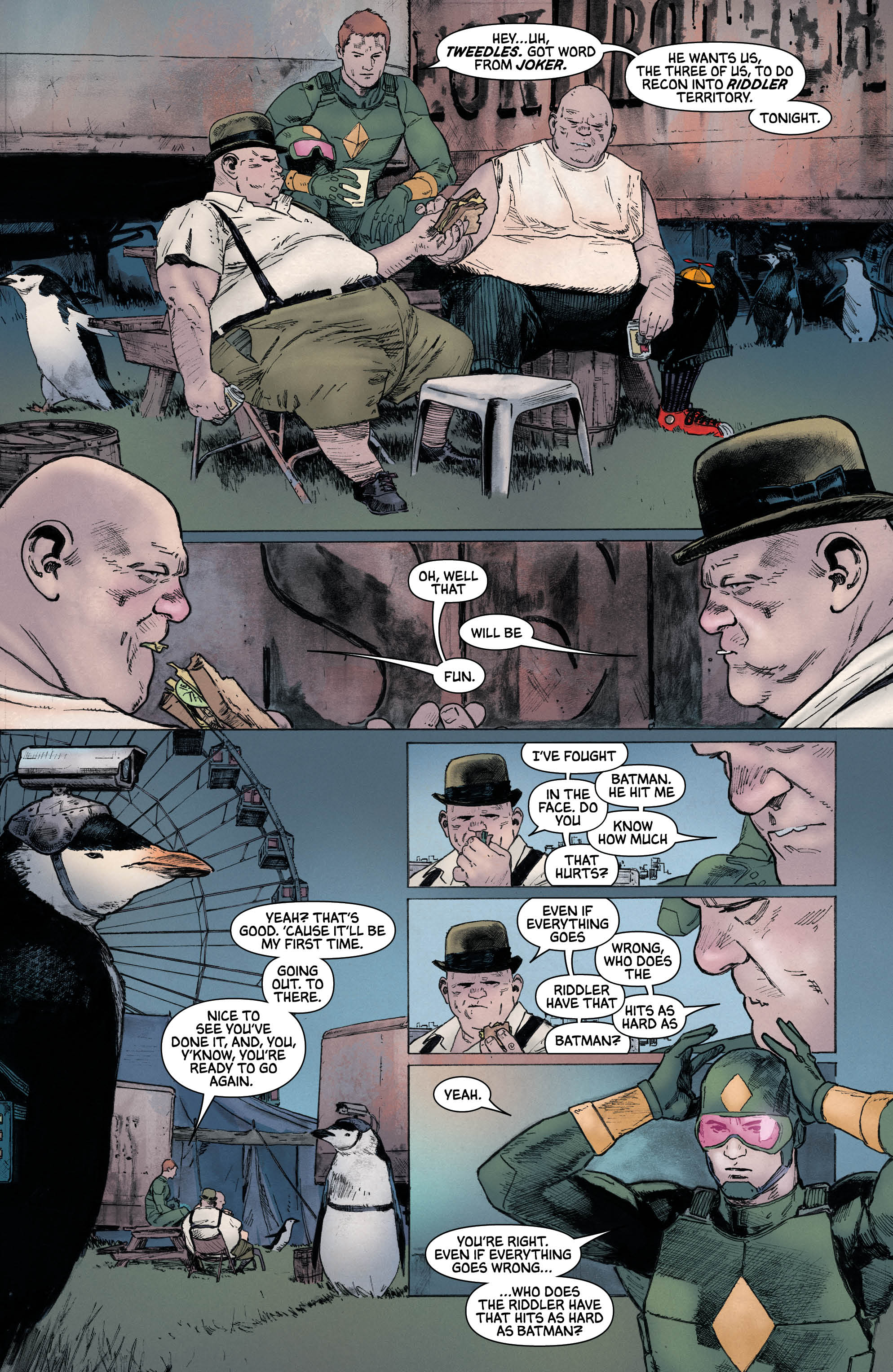 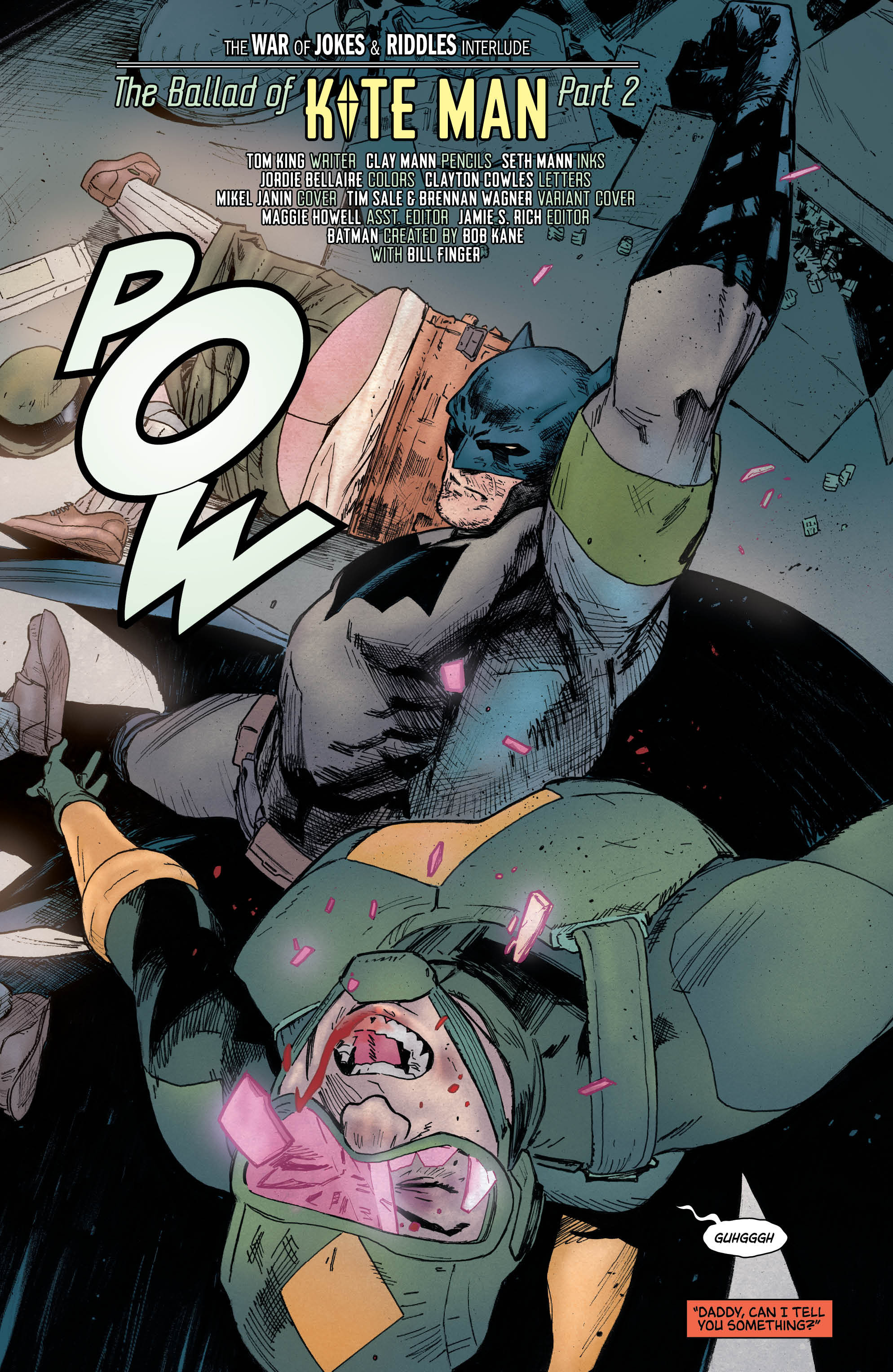 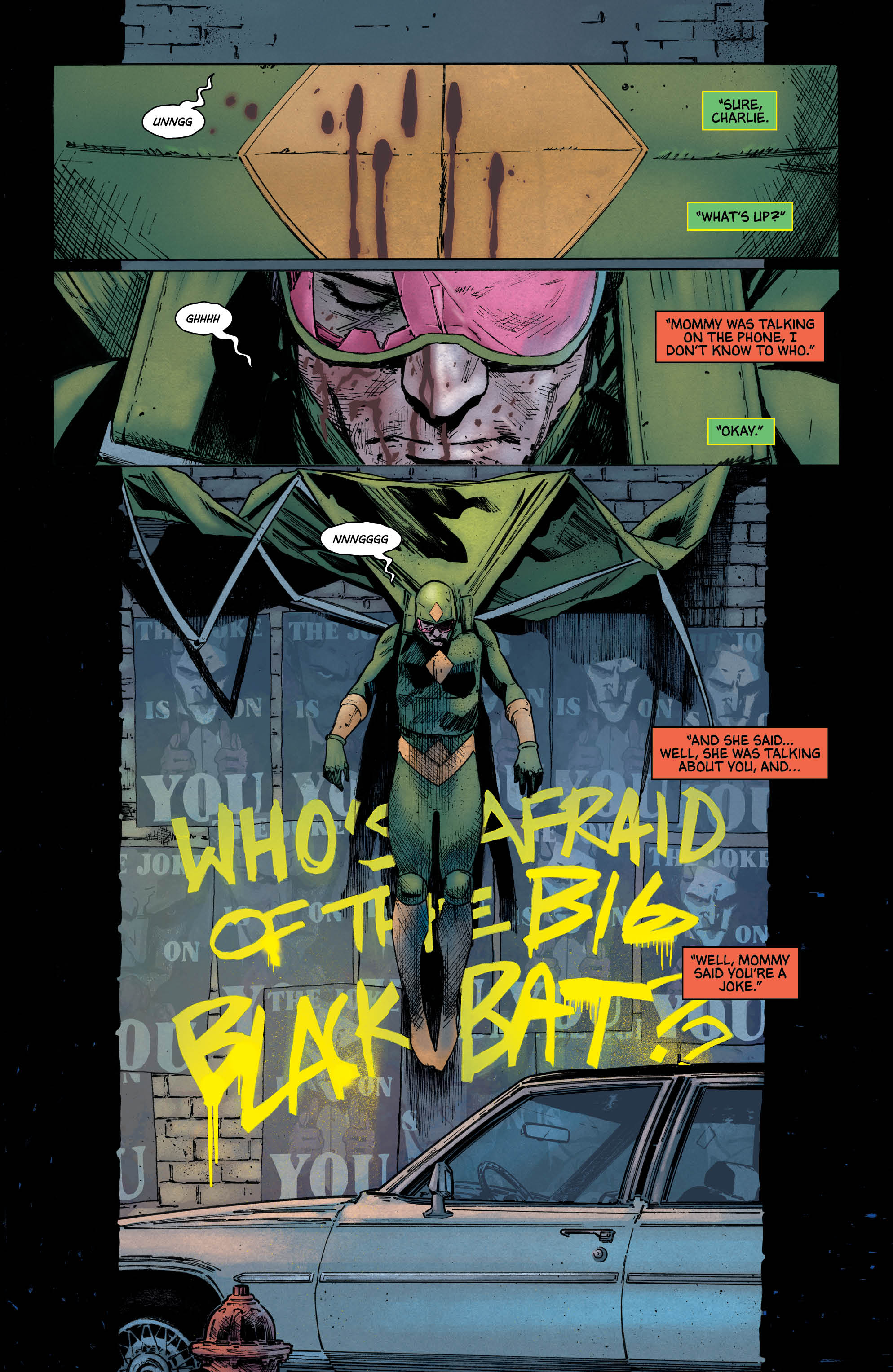 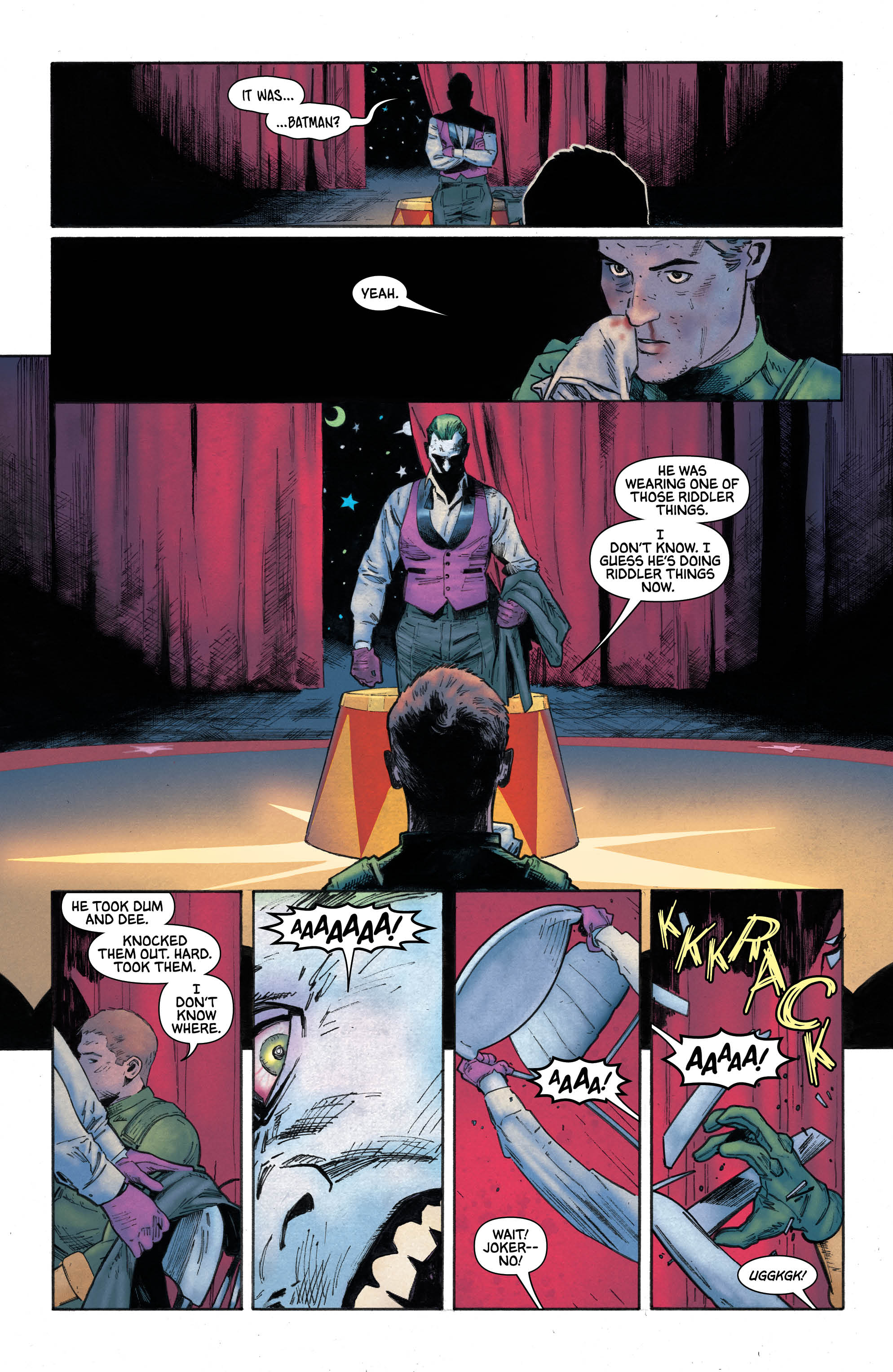 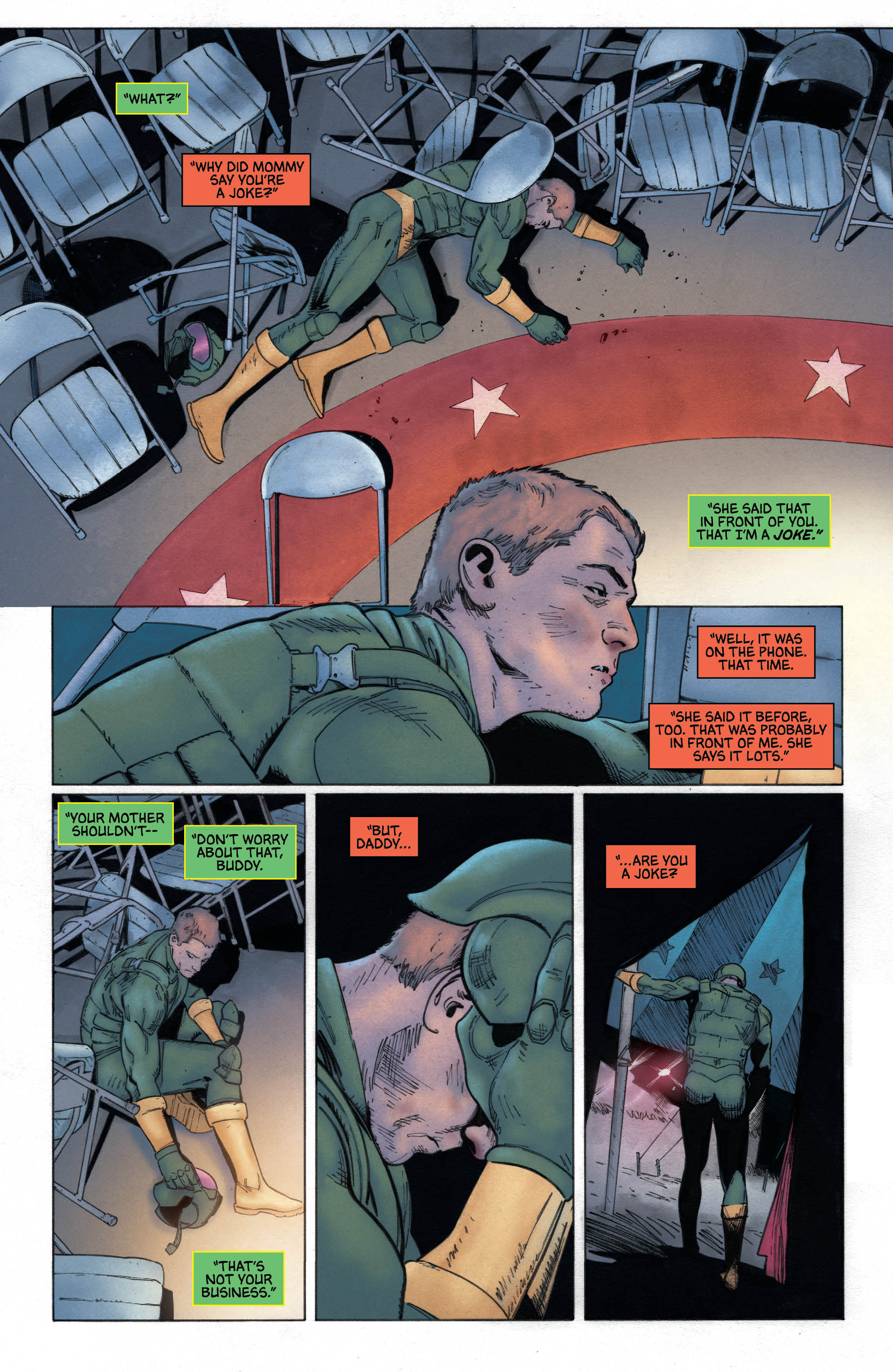 Kite Man’s motivation is revealed too. It is interesting because he is shown as persistent, but not in the way you think. Once again, this begs the question, does Kite Man even need more depth? The humor of his previous appearances gets drained when you see him as sad sack who doesn’t know what else to do.

There are no real flaws with this specific issue, but with King’s overall handling of the story arc. The phrase “interlude” implies a break from the typical storyline action. However, some really important story points are revealed in this comic that really progresses the arc forward. Not that people would know that if they are not paying attention closely. Once again, King insists on telling “War of Jokes and Riddles” on the periphery. A huge plot piece is shown, but we never get the details of the why is it happening. It is the storytelling equivalent of an impressionistic painting: we get vague outlines so we understand the general idea, but never details.

Clay Mann turns in better artistic efforts in this comic than the previous “Ballad of Kite Man” interlude. It really helps that he has a consistent inker this time. His art looks even better because it is set in the moody nighttime more often. The script caters more to Mann’s artistic strengths.

The second part of “The Ballad of Kite Man” is decent. It has good scenes and pushes the overall narrative. But, King’s continual refusal to show the actual war is a frustratingly odd storytelling choice. Furthermore, this deepening backstory for Kite Man feels fairly unnecessary for a such silly character.