“Blood of the Manta”, Part One 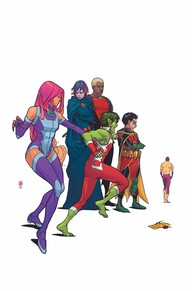 Daddy issues haunt this month’s issue of Teen Titans. Kid Flash has been ousted from the superhero group. During “The Lazarus Contract” arc, Deathstroke took advantage of the young hero’s fatherly shortcomings. Meanwhile, Aqualad (or Jackson Hyde) is trying to learn more about his father, whom his mother is keeping very secretive about. However, readers know who it is and Black Manta makes an awesome entrance, leaving us in a cliffhanger until the next issue.

I’ll get out the bad first: I really don’t like Damian. I know this issue is moreso about the emotions of Kid Flash and Aqualad, but Damian is a dick. He kicked Kid Flash out of the group, and is being extremely tough on Aqualad, who has already proven himself worthy of joining the Teen Titans.

Okay, whew. Got that out. Anyways, this issue was fun. While big events are at play, writer Benjamin Percy keeps his focus on the relationships and emotions of the team. They have proven that they work well together, but there’s still some hesitation when trusting each other (Damian’s fault!). Percy also does a great job of laying the foundation of what’s to come, and whatever Black Manta is up to, I’m really looking forward to it. 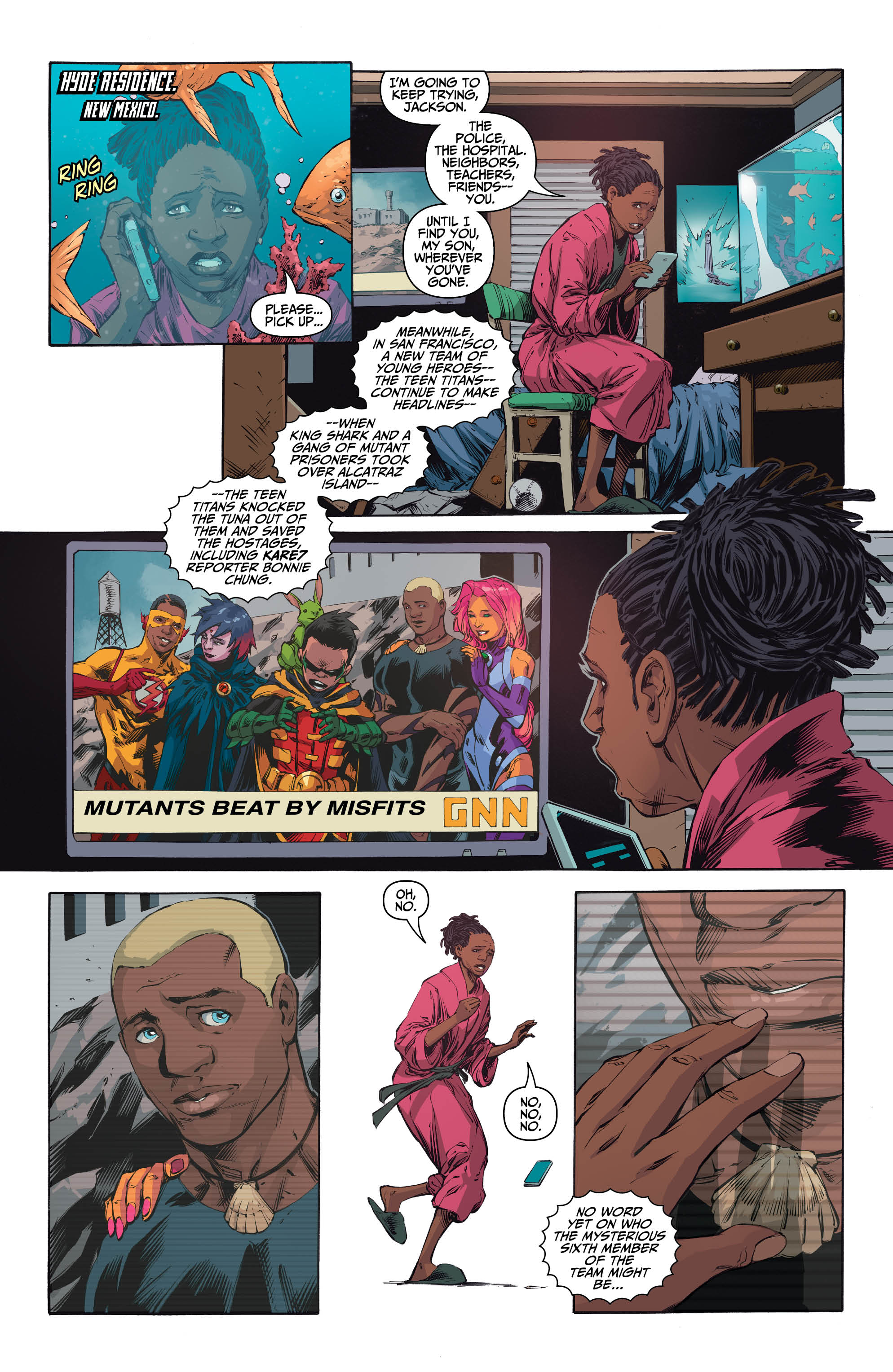 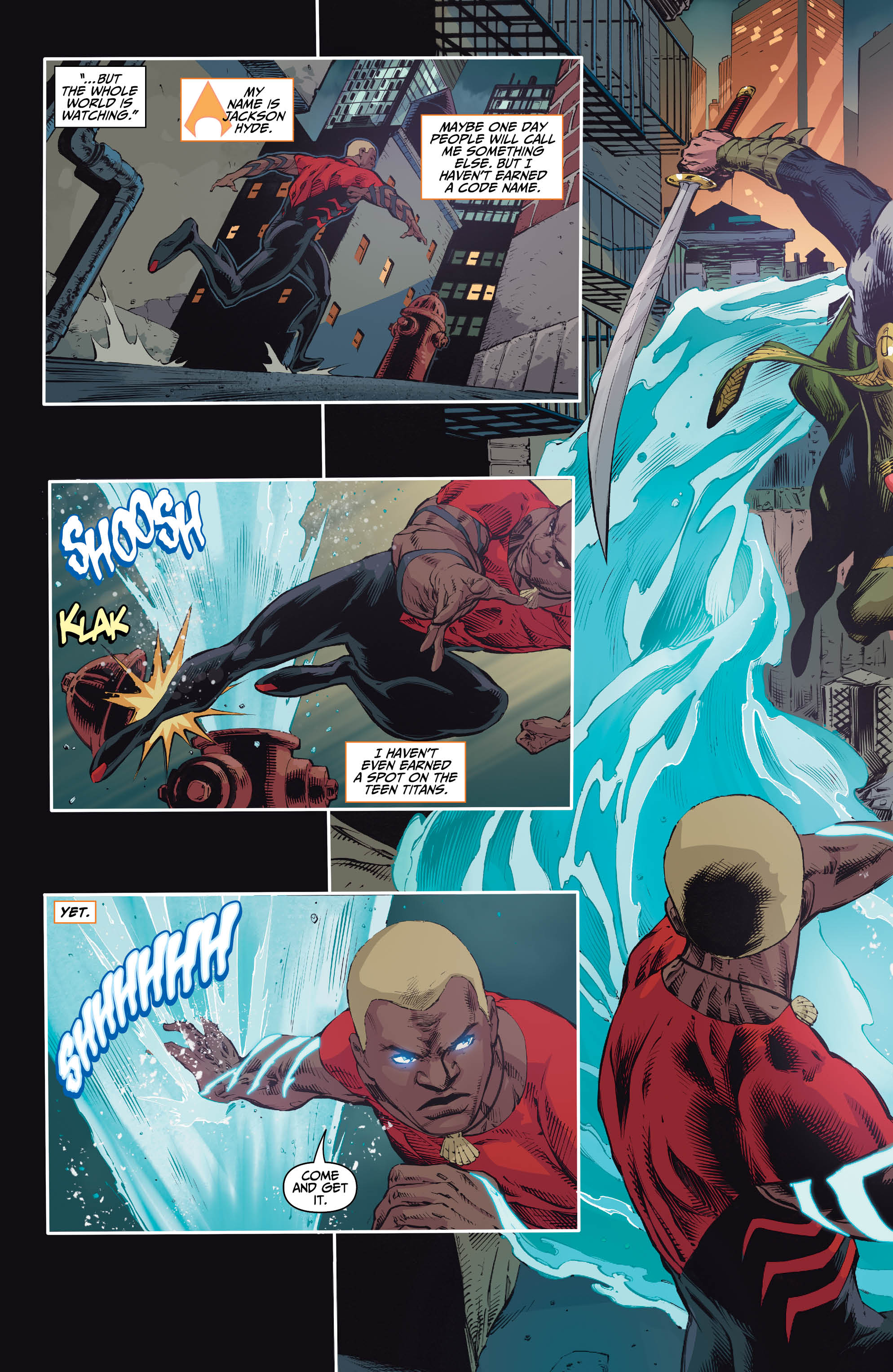 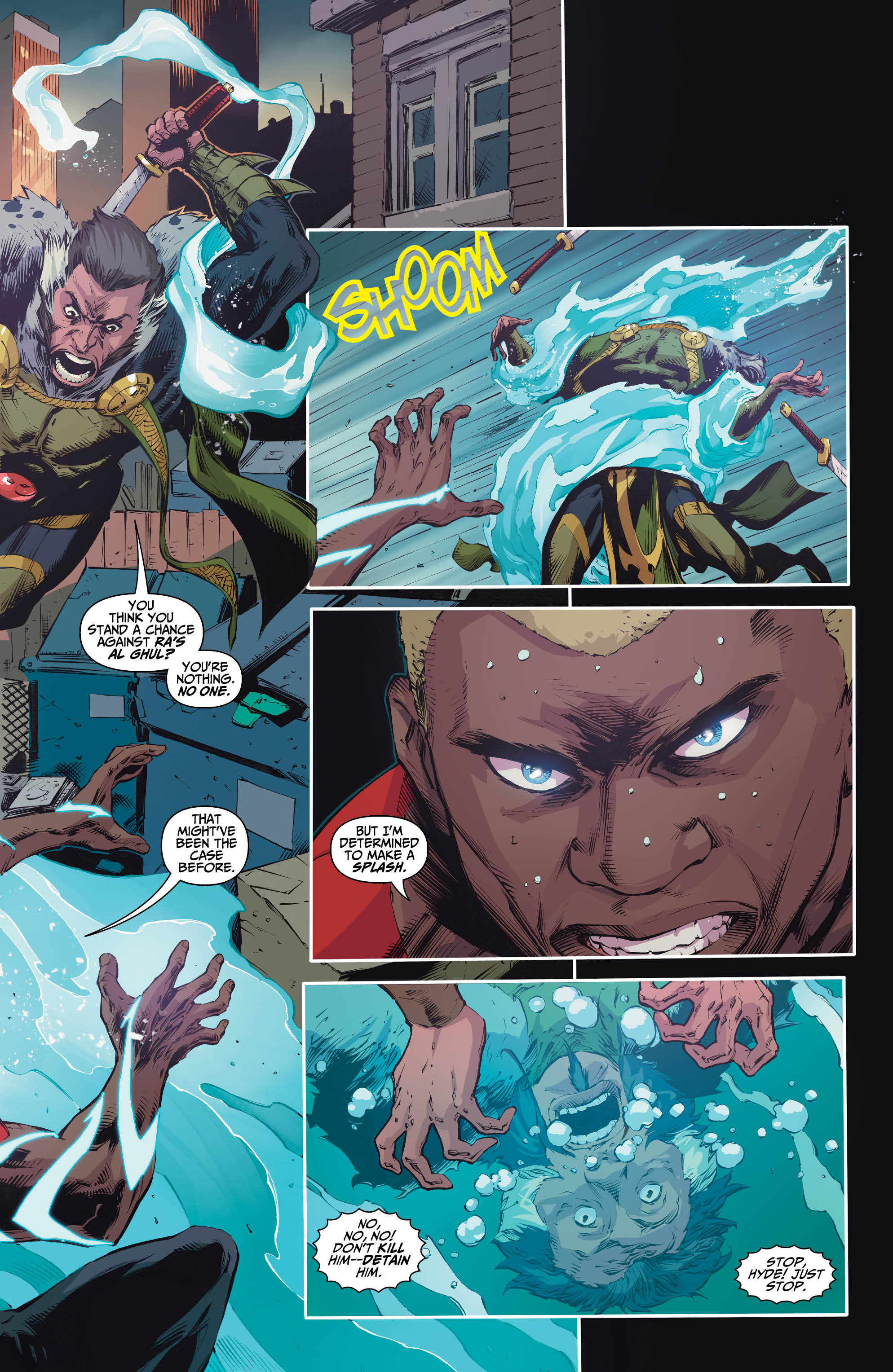 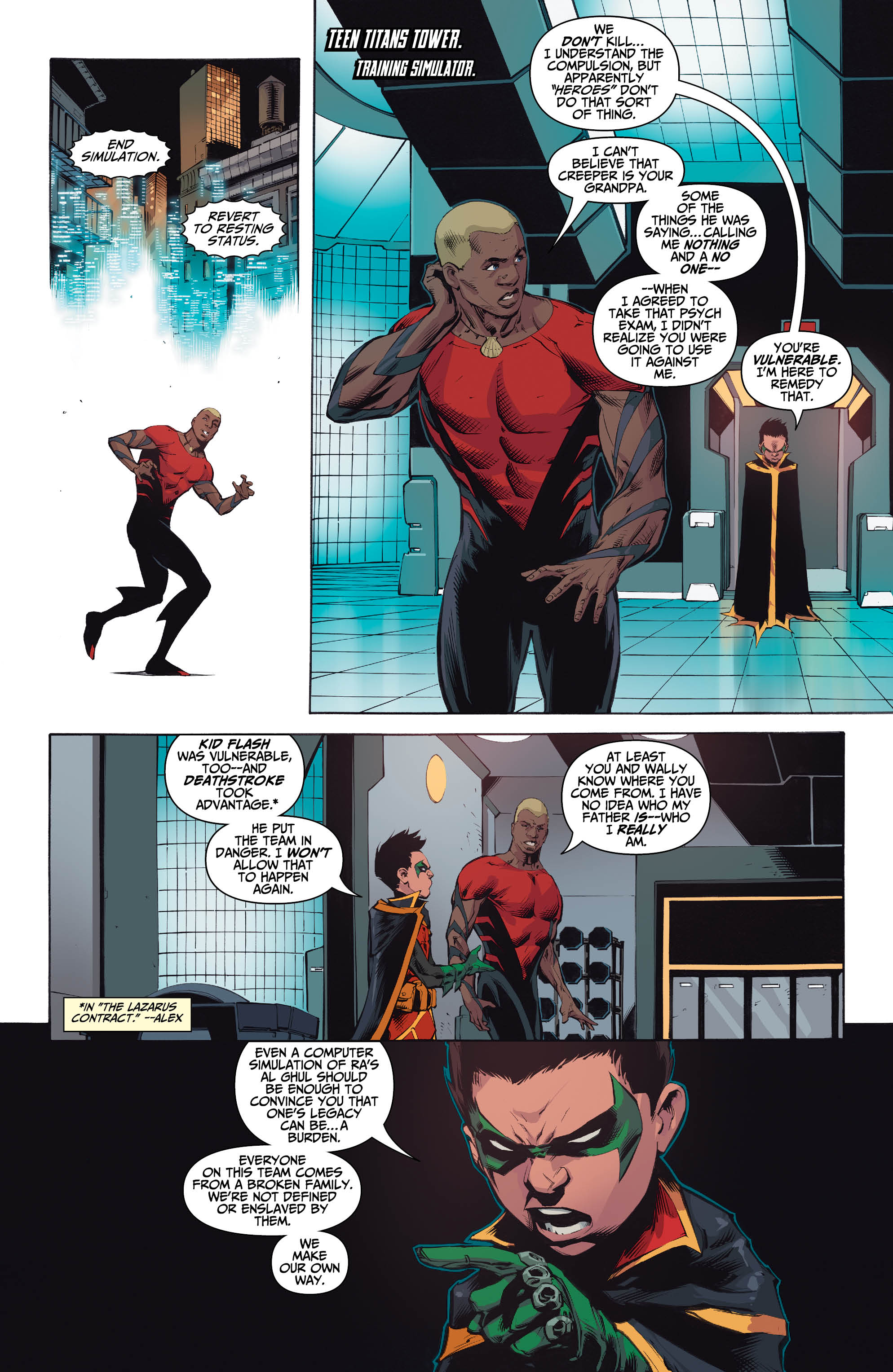 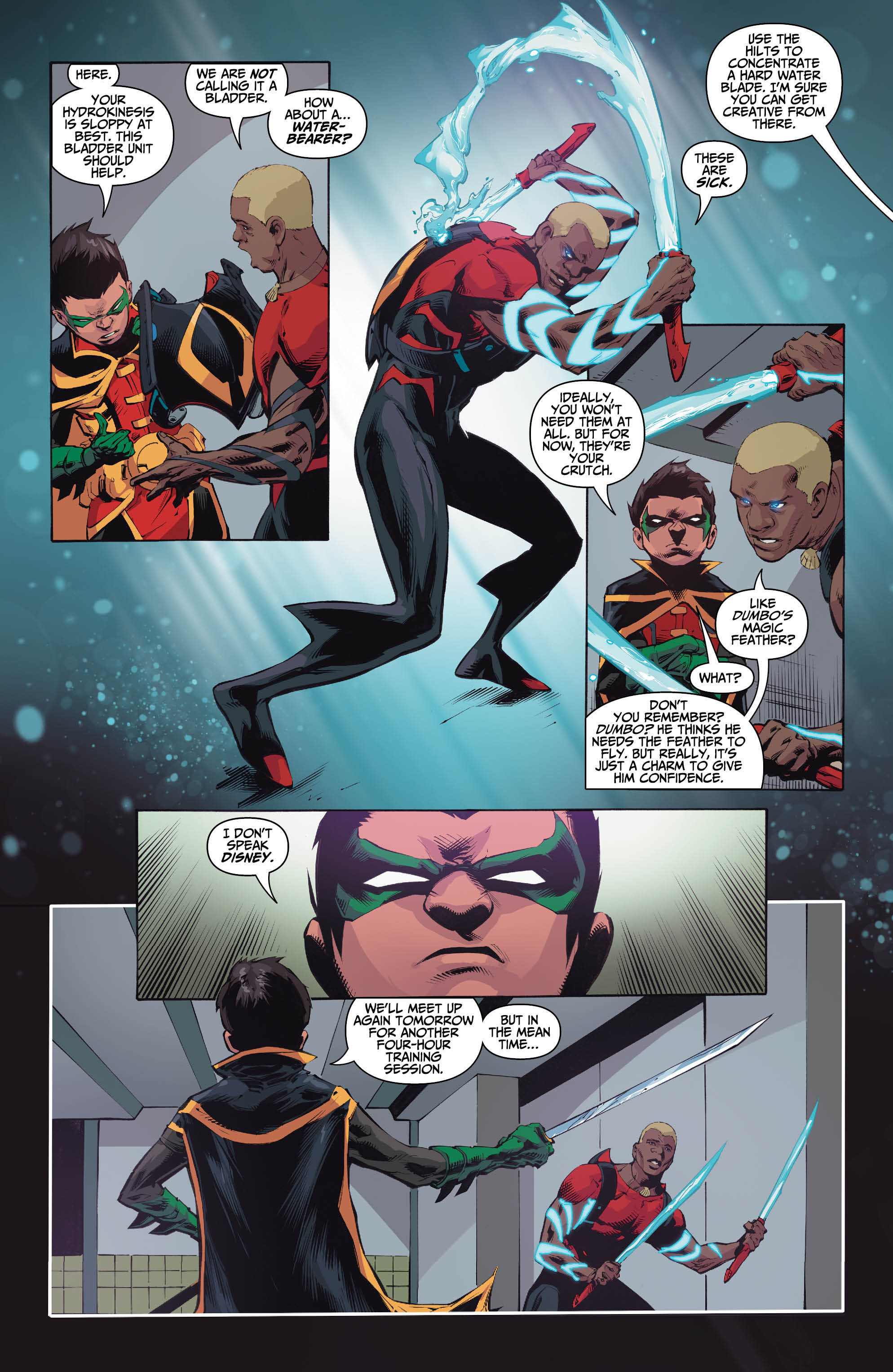 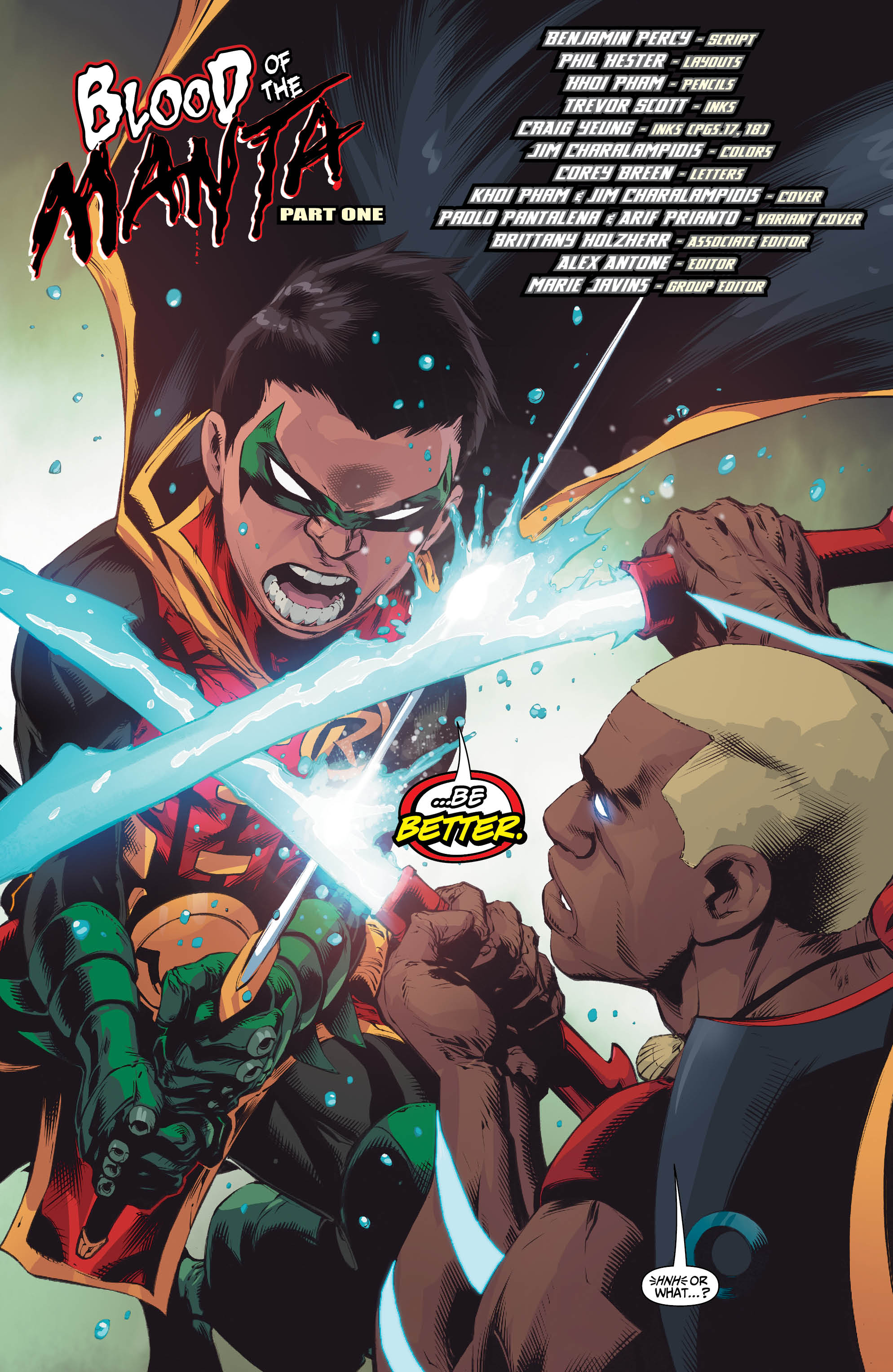 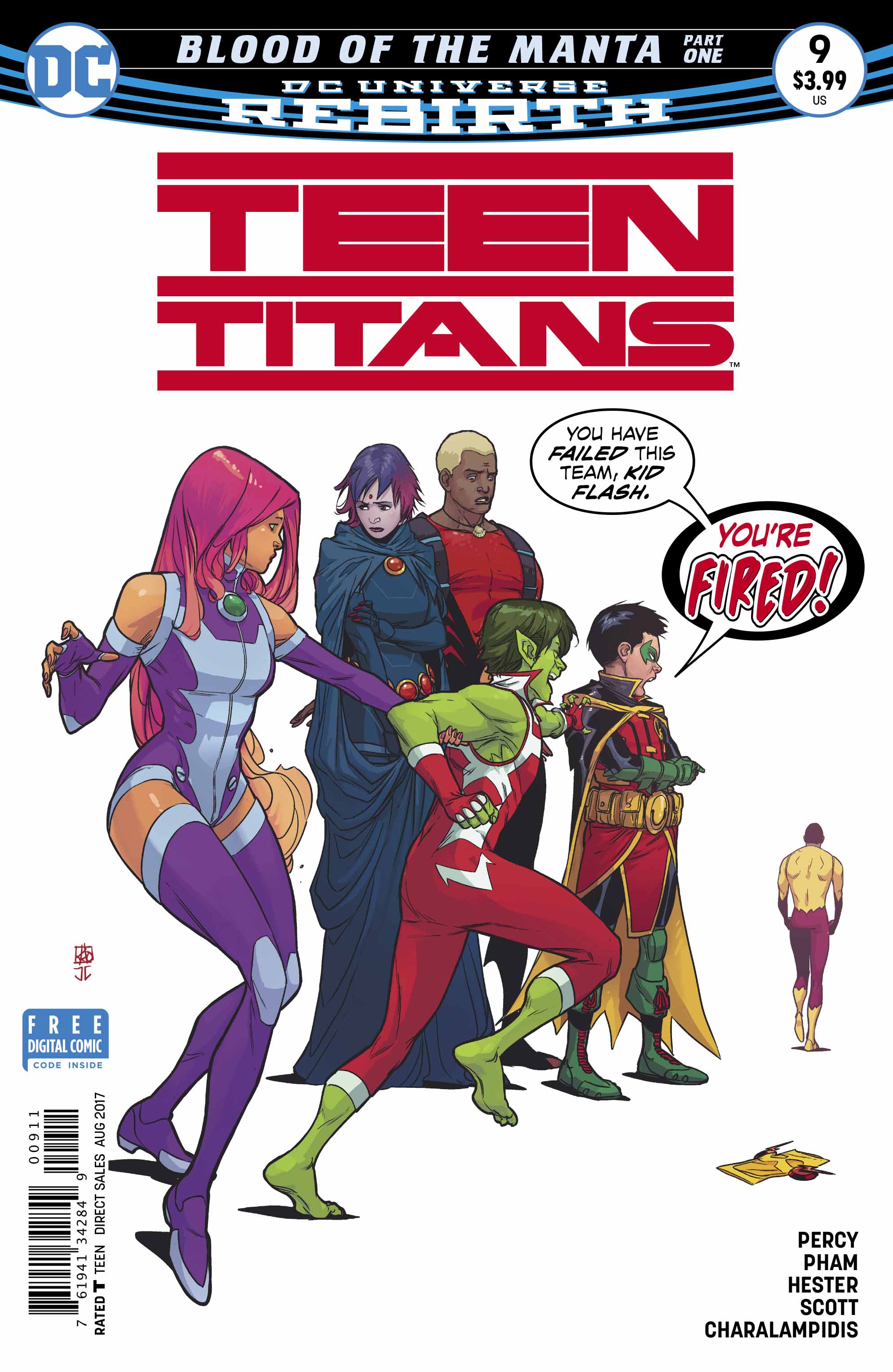 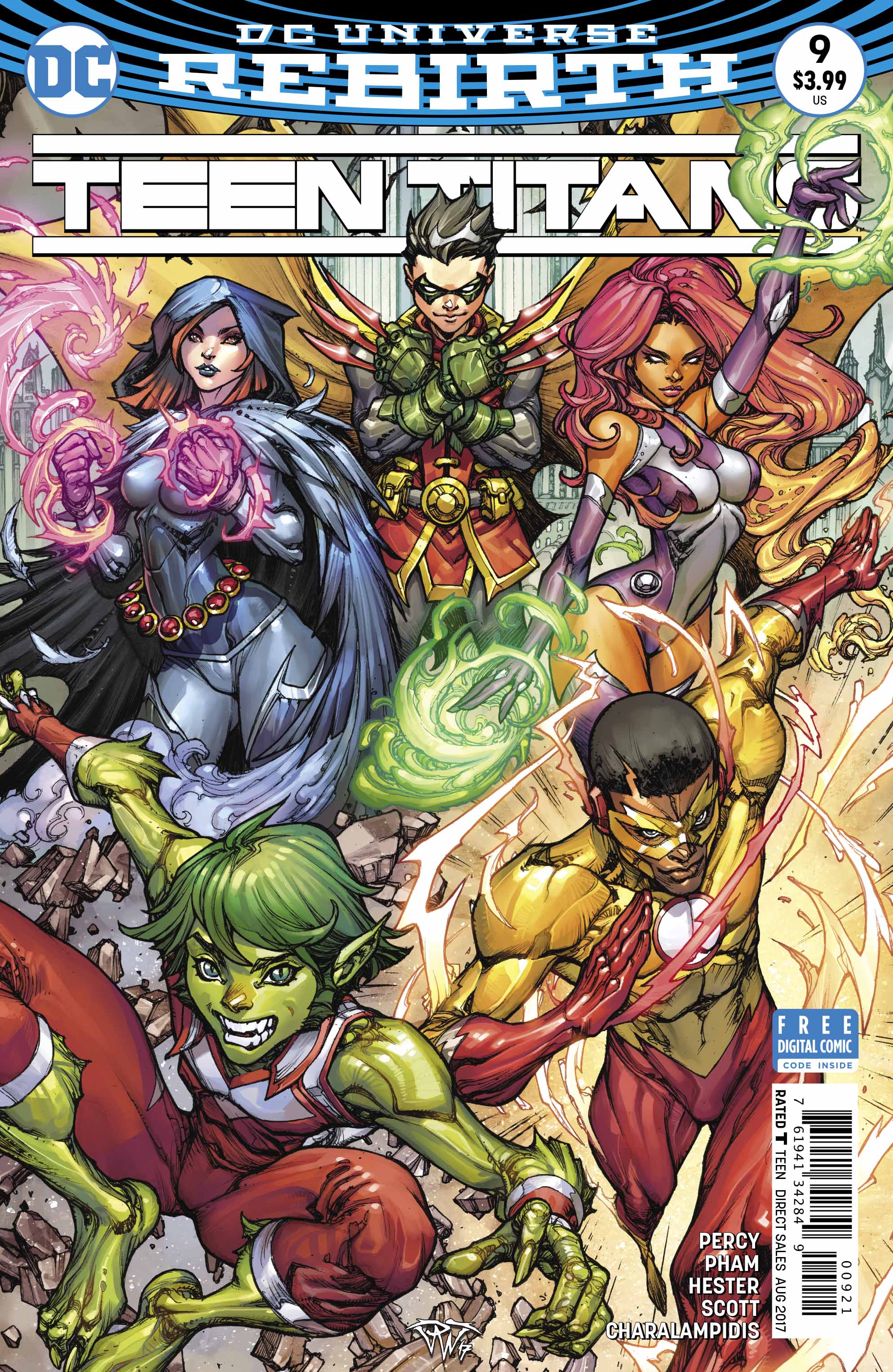 The art is top notch as well. Wade Von Grawbadger and Khoi Pham appear to be having a blast with this book. Teen Titans #9 looks and feels like a comic book, as it should. Colors are bright. Characters are distinct. Settings look detailed and gorgeous. A great looking issue.

Aside from Damian, my only other nitpick on the book was that “The Lazarus Contract” interrupted the flow. Issue #7 began this Aqualad journey, but then got interrupted. It disrupted a solid flow that was already working well.

Overall, Teen Titans #9 continues to be a reliable book for DC. Humor, emotion and action are found in each issue, easily making it worth $2.99 a month.