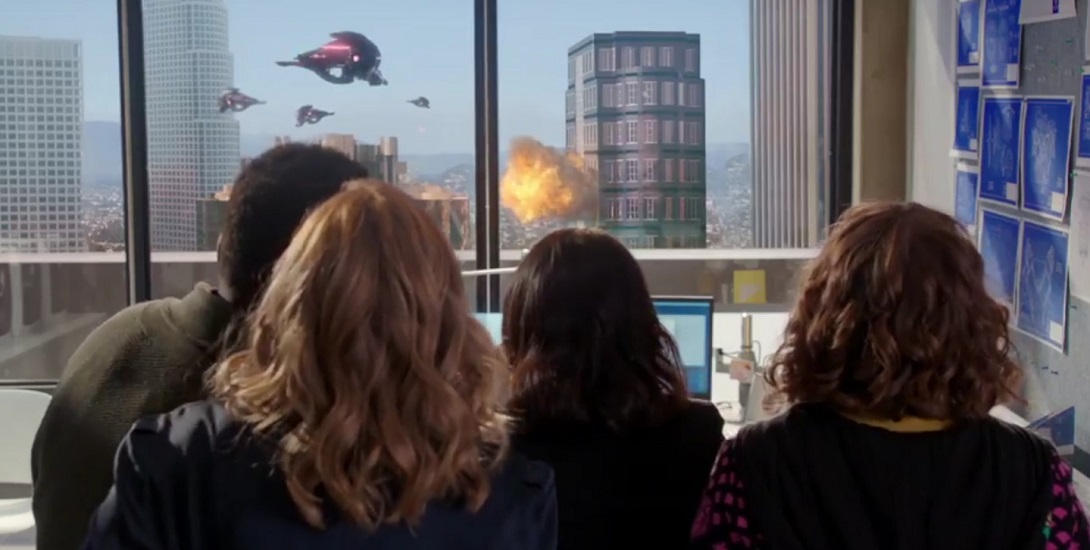 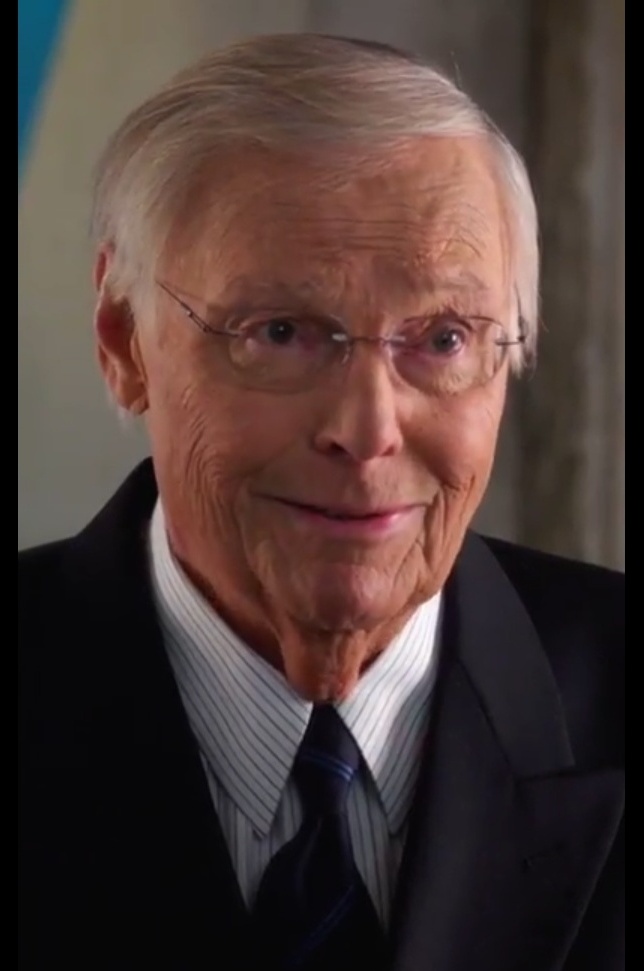 Last night, my publishers sent me one of the best press releases I’ve ever received. As our readers are no doubt aware, 60s Batman Adam West passed away last week. After this tragic loss, Dark Knight News was pleased to report that the iconic actor had completed recording dialogue for the forthcoming Batman Vs Two-Face animated feature. Now we can reveal that DC Entertainment have released his last live-action performance, from the final episode of Powerless.

As a huge fan of both Adam West and DC’s late, lamented sitcom, for me this was a double whammy.

NBC aired the first nine episodes of the show before it was cancelled, but fans were upset when it was revealed that the episode featuring Adam West had been held back from transmission. Now DC and the network, to honor the actor, have released the entire episode free of charge online.

Adam West, Batman to a generation of TV fans, passed away last week. One of his final roles was a fittingly comic guest role on NBC’s Powerless in an episode which never made it to air. DC All Access is proud to present this episode in its entirety for a limited time as a tribute to West and his DC legacy.

The Final Episode Of Powerless – A Review

The story opens with a wormhole in time and space unleashing an army of alien invaders upon the Earth. Charm City, Gotham City, Emily Locke’s brand new condo… nowhere is safe. Who could be responsible for this atrocity?

This episode has all the charm of the very best instalments that preceded it. Tips of the hat to the comics, quips about the current administration, and crazy superhero origins involving chemicals and electricity. Who even knew that comics writer Gail Simone was a reporter for Charm City Live News?

And then we have Adam West. 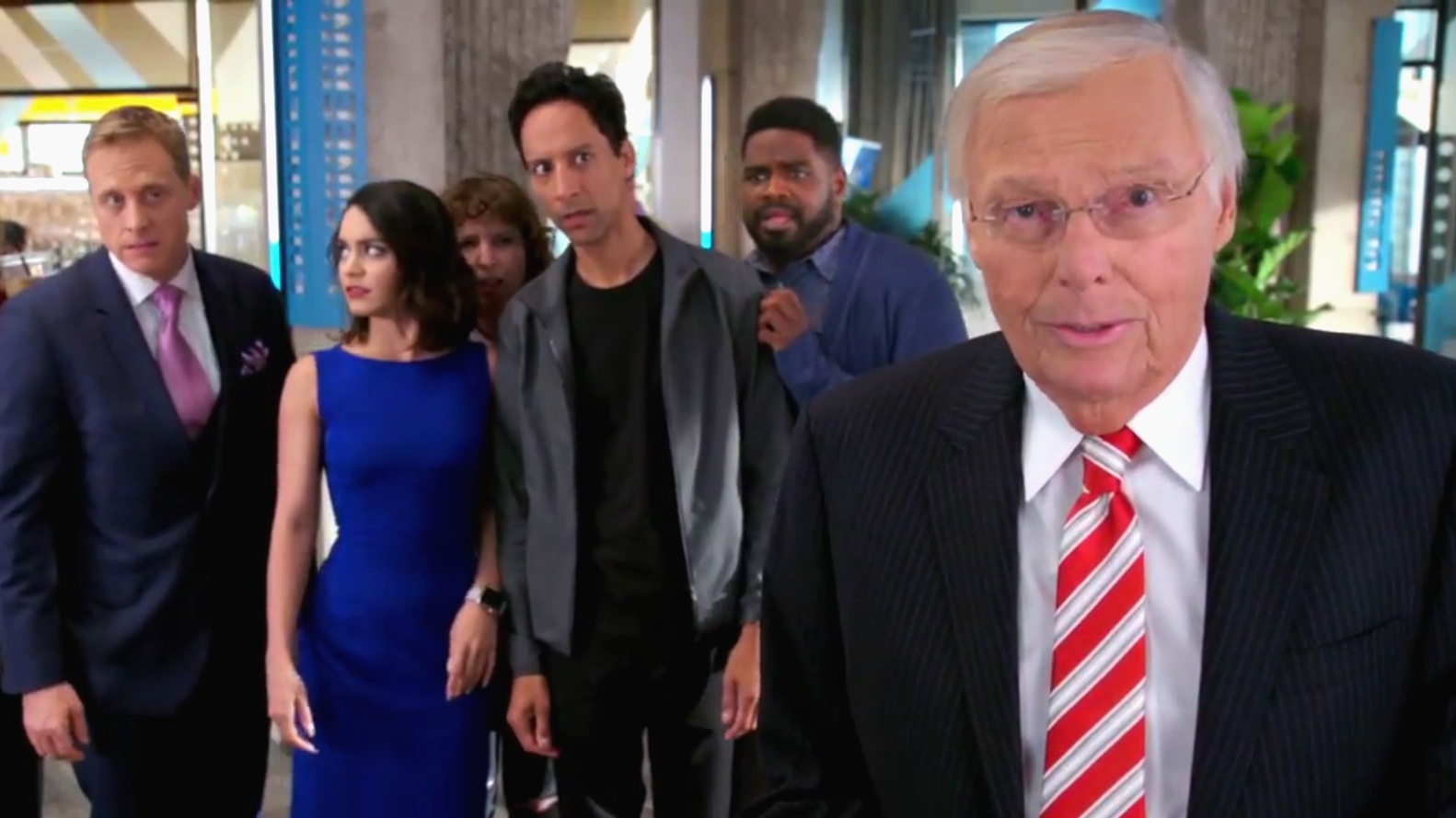 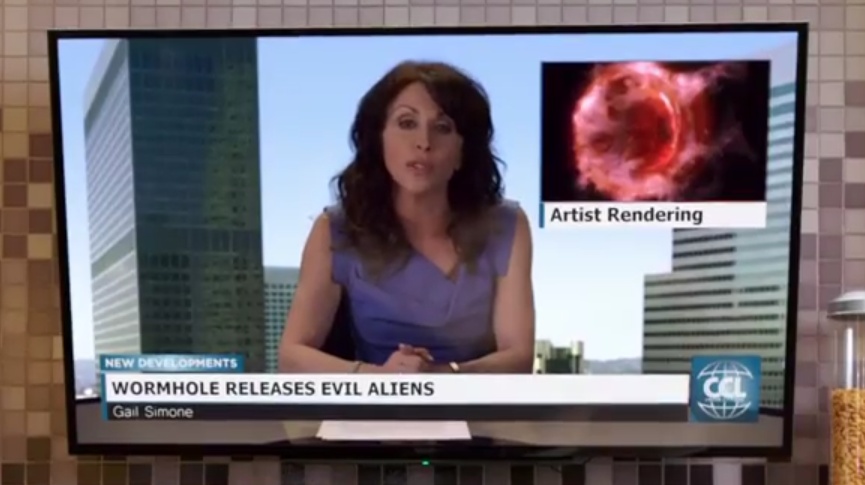 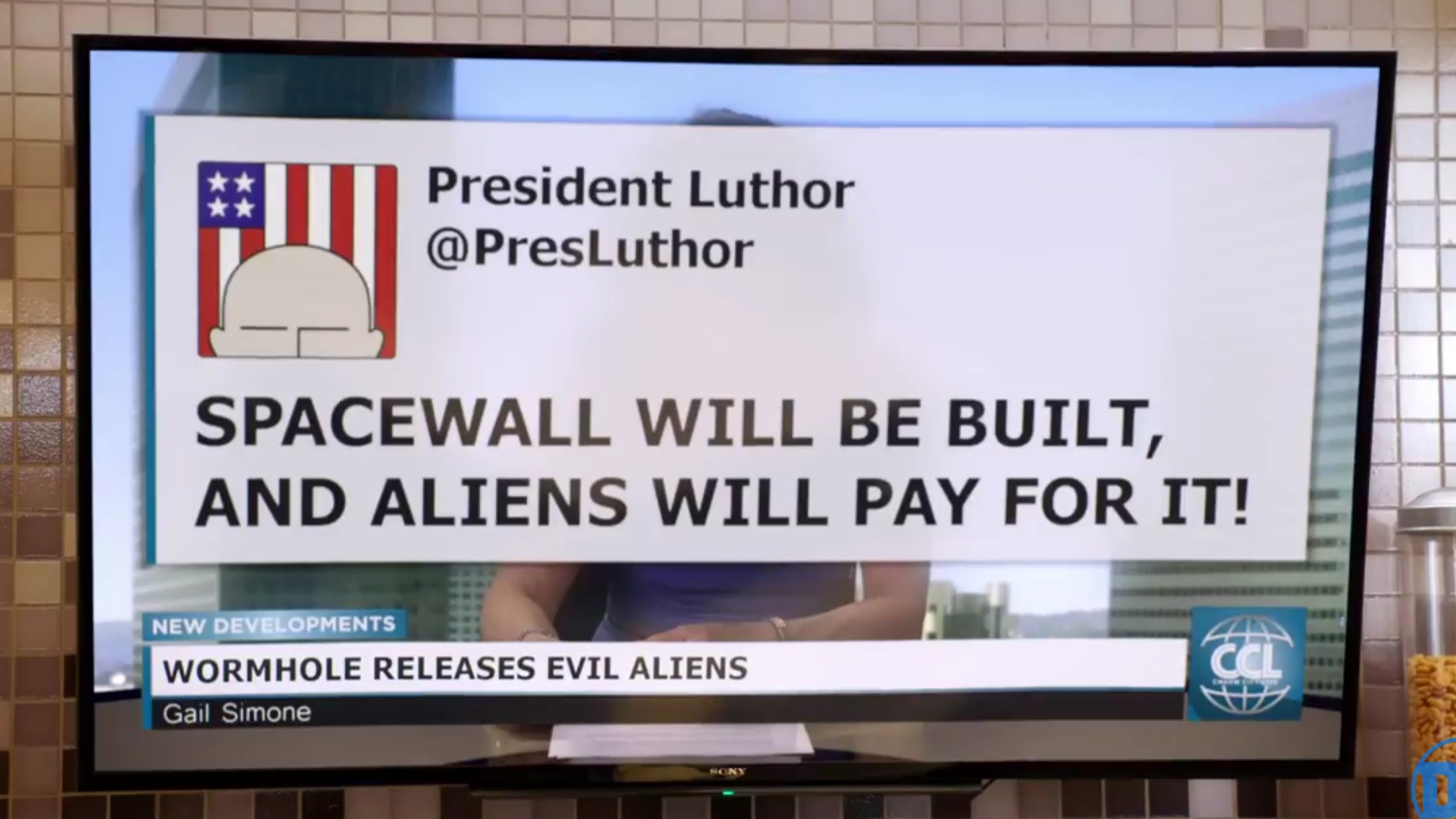 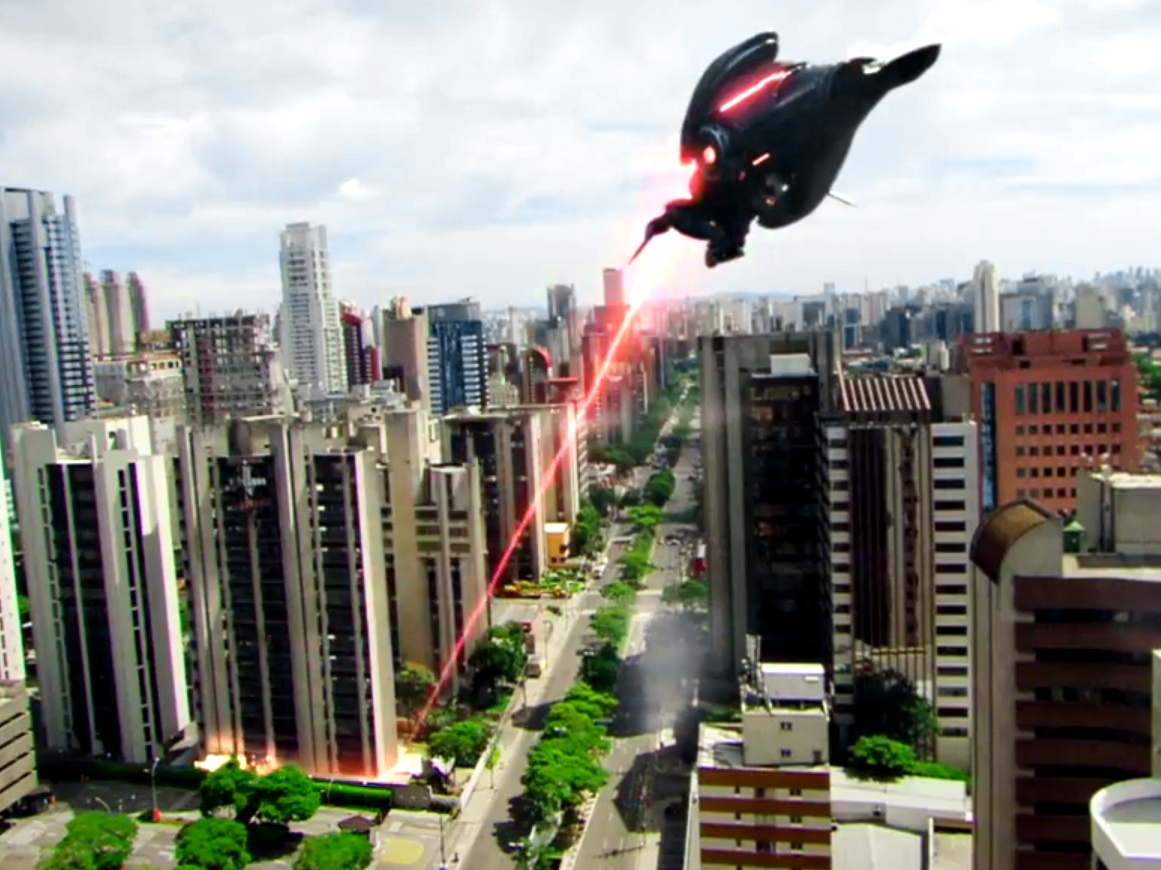 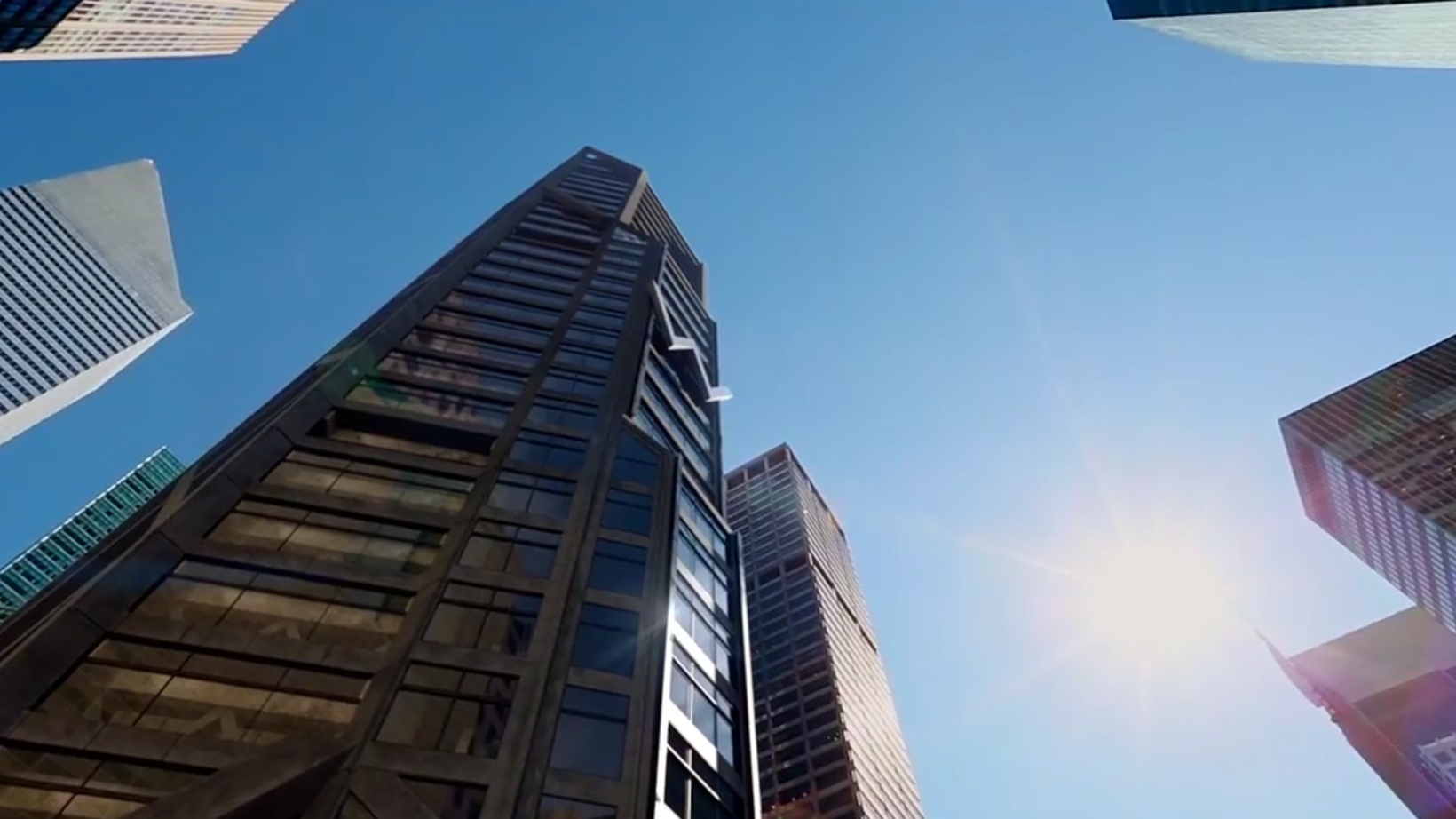 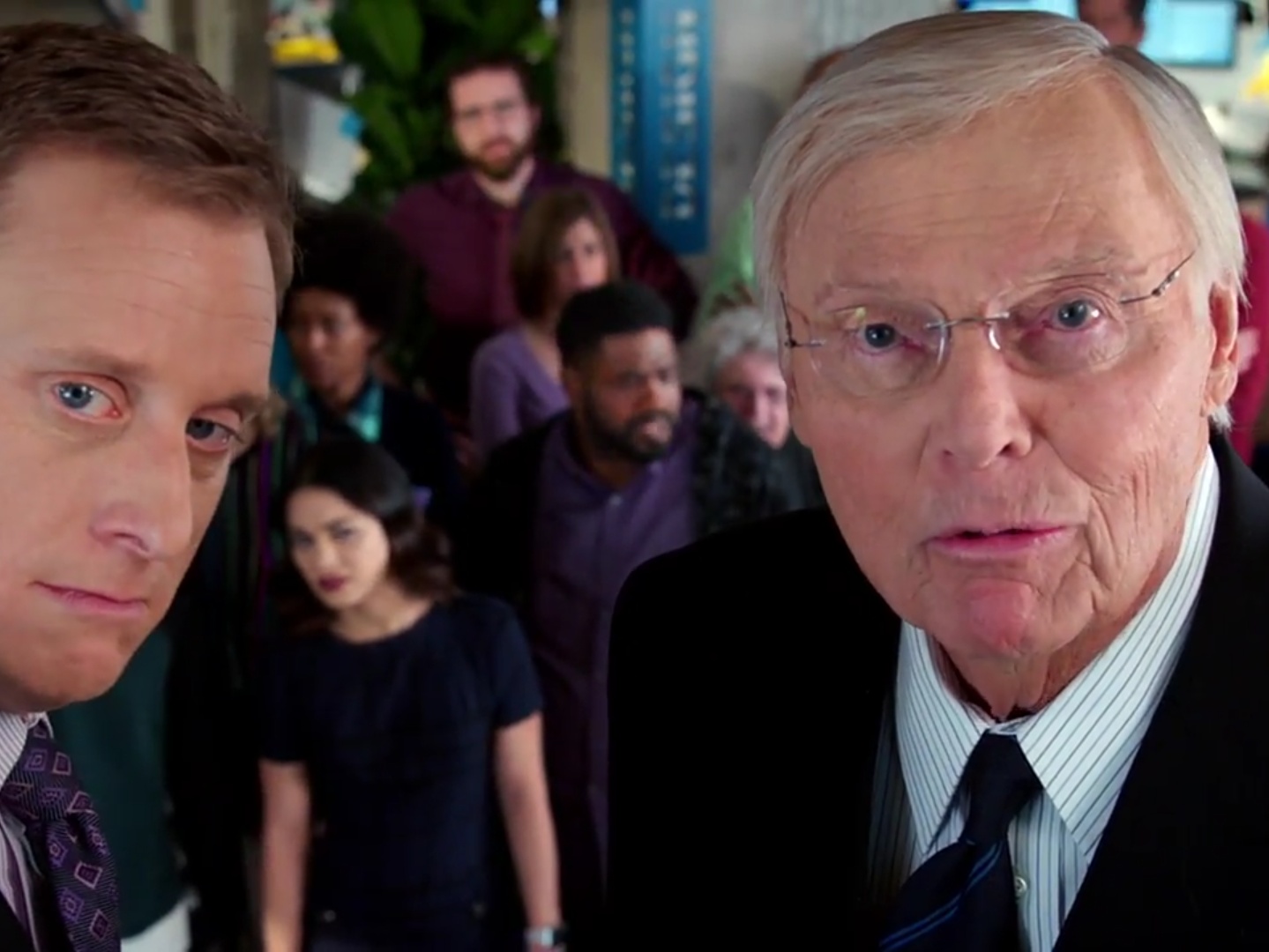 This episode was so worth the wait. The way West plays a ridiculous role completely straight, talks directly into camera and narrates entire scenes is comedy gold. Memories of the classic 60s Batman came flooding back to me.

Great lines from the episode include Emily’s exchange with Ron and Teddy, regarding her destroyed apartment.

Emily: My insurance won’t cover any of the damage to my condo.

Teddy: What… you didn’t get alien insurance?

Emily: It turns out that the aliens are from the future, so they’re saying that, technically, it hasn’t happened yet.

Ron: The same thing happened to me.

Of course, Van Wayne sees the invasion as an opportunity to finally get a promotion, after it’s revealed that a Wayne board member was killed in the alien attack. This leads to Adam West’s character – Dean West, chairman of Wayne Industries – taking a trip from Gotham City. Sadly for Van, chairman West’s visit is to inform Emily that she needs to fire either Wendy, Teddy or Ron. What follows is priceless.

Van: So this was the only reason that you came from Gotham? Was there any other board related reason?

West: Nope… that’s it. I admit it’s a bit of a gratuitous cameo.

The way that Van and Emily look at each other, in a deep state of confusion at the comment, is terrific.

What ensues is a proposed takeover of Wayne Security by Lexcorp. 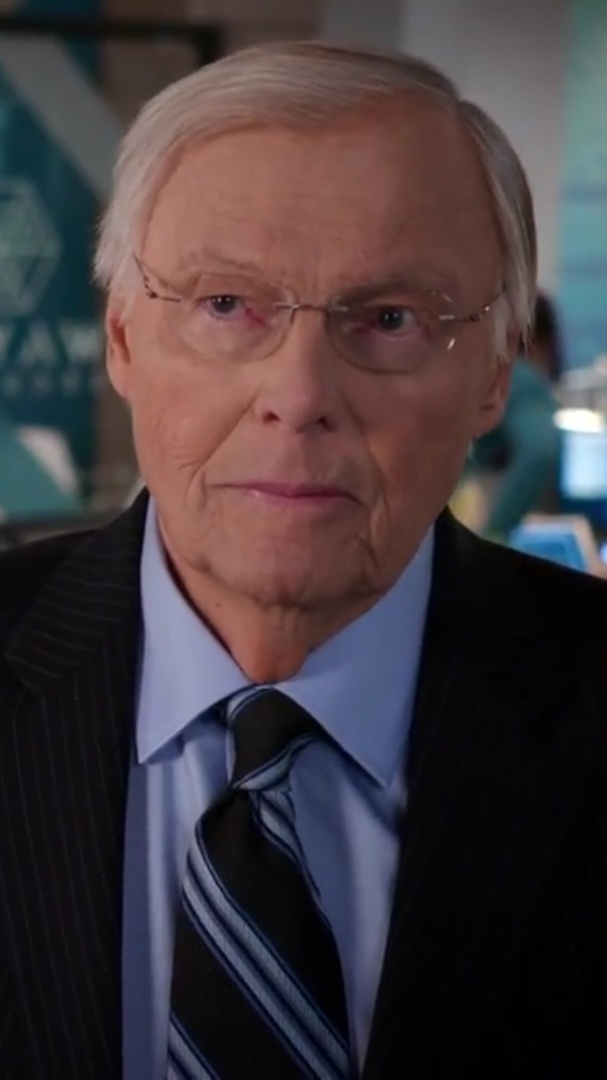 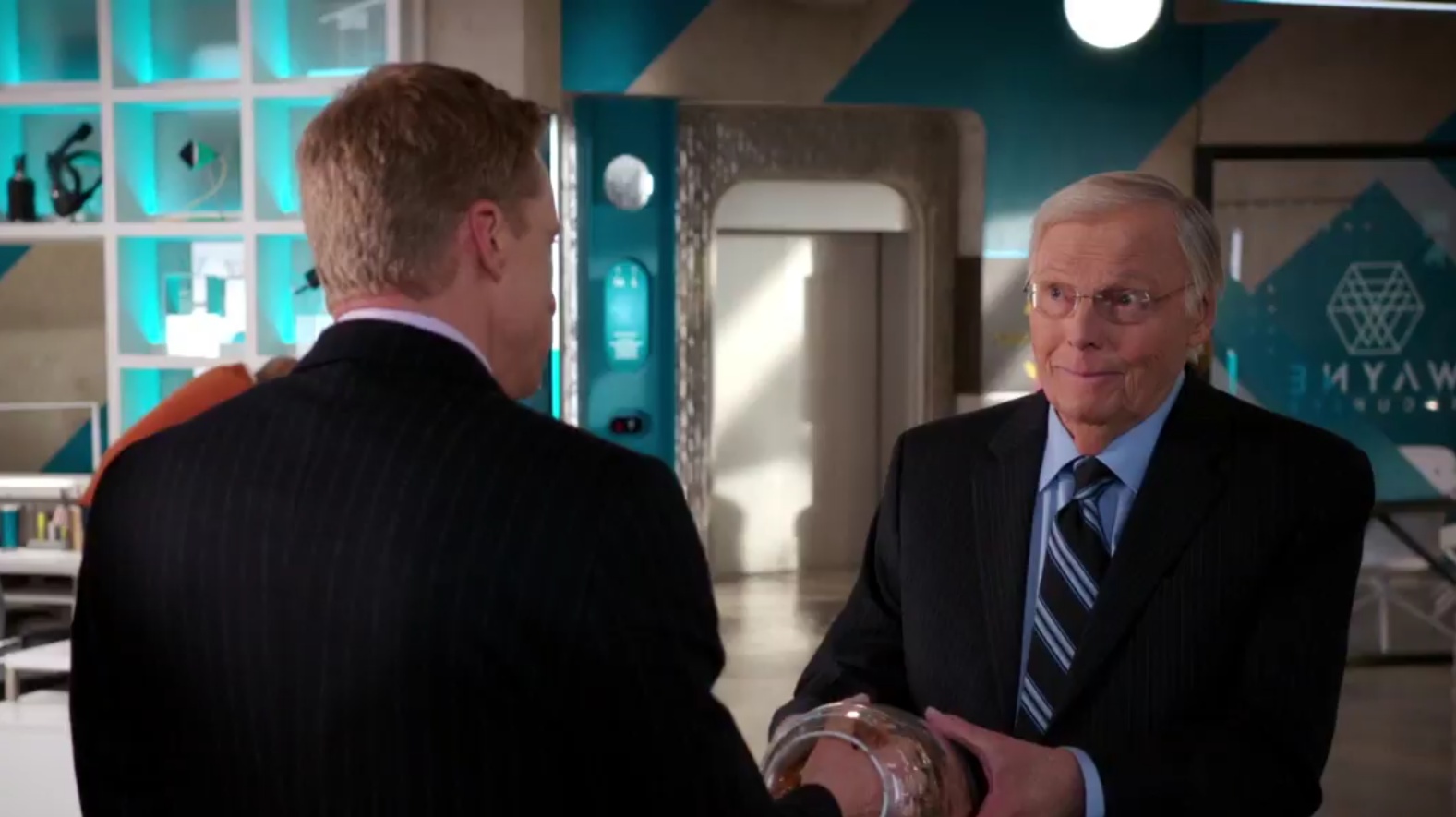 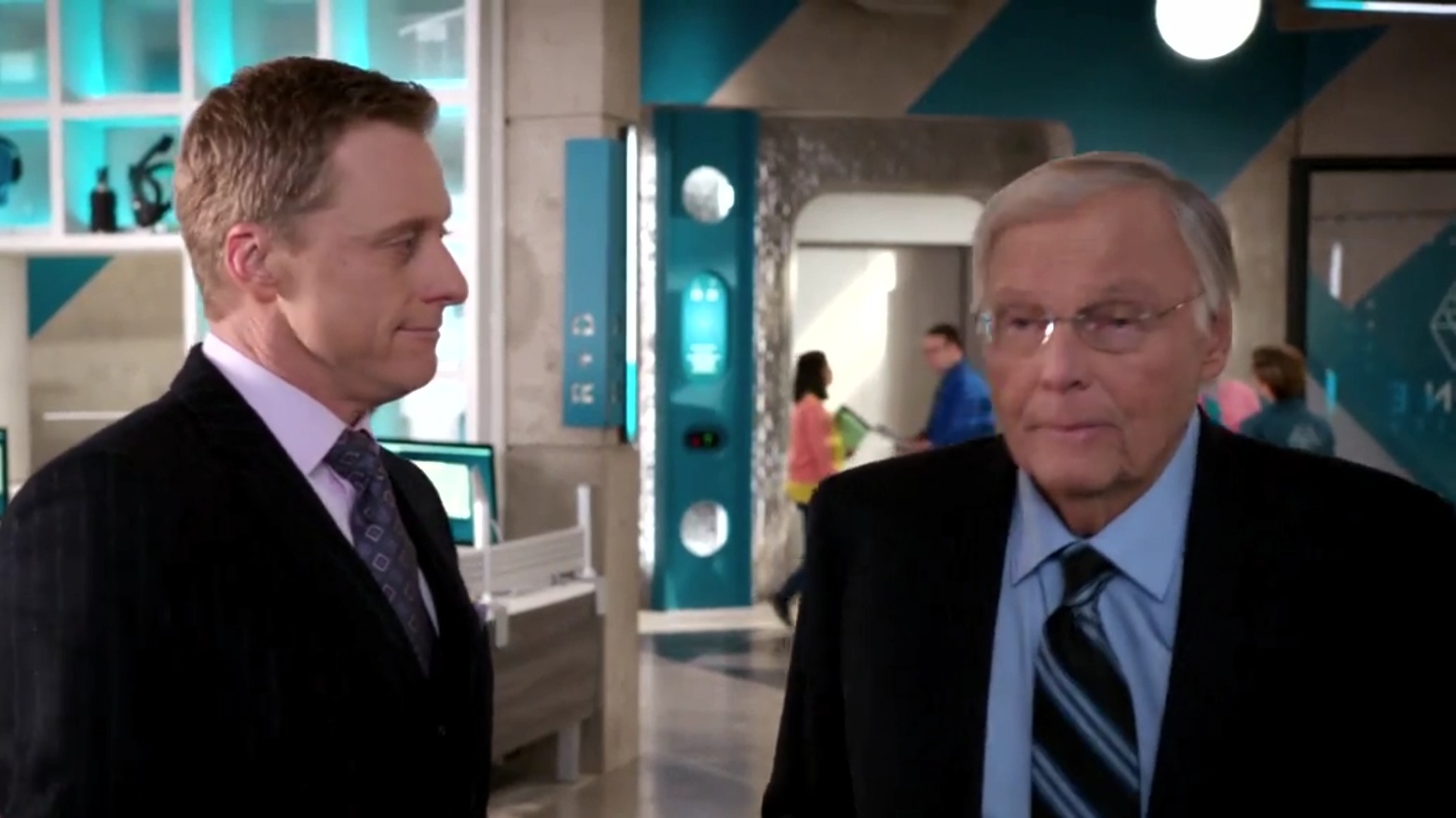 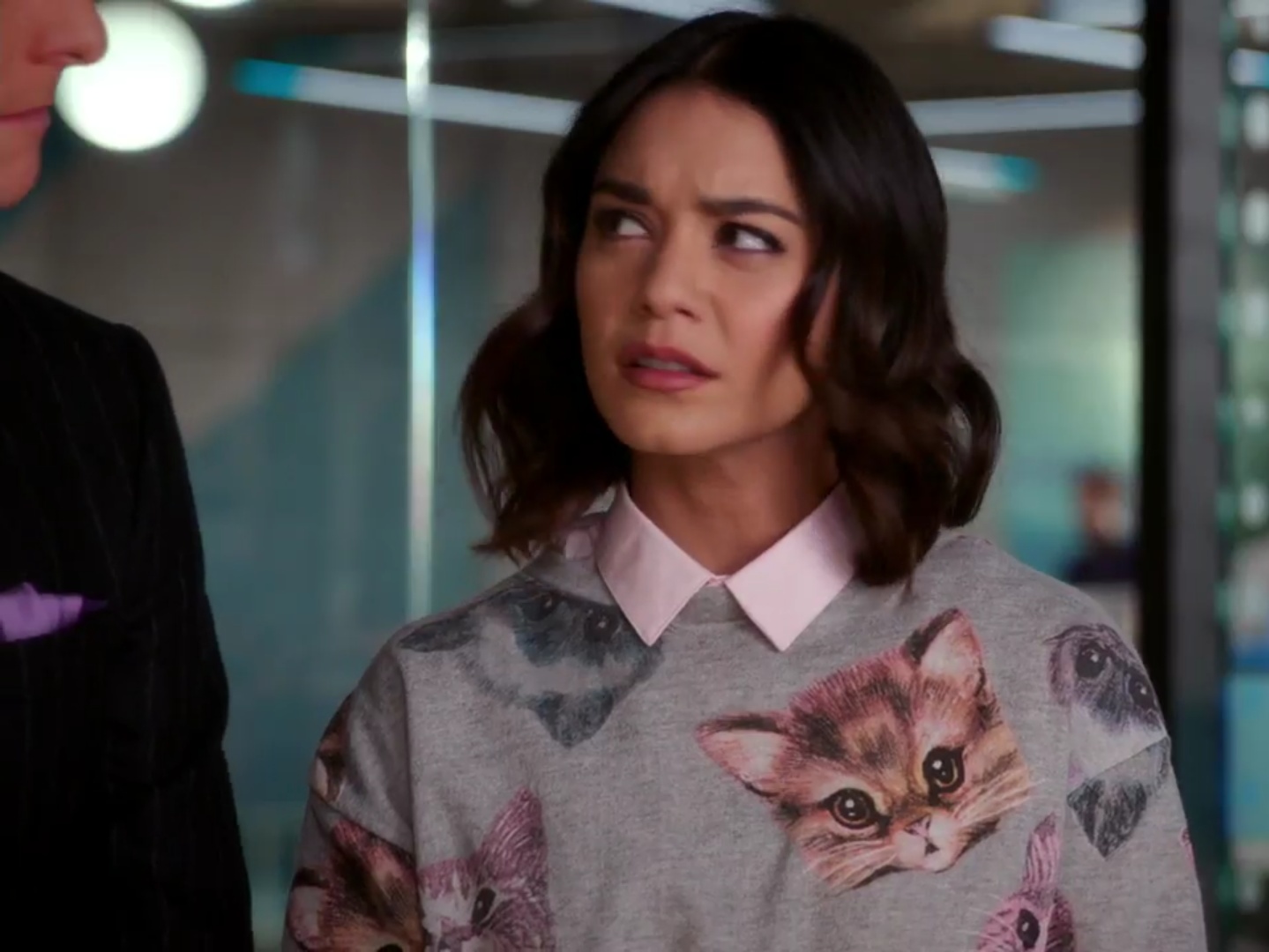 After falling into a Cheeto and ice-cream fuelled fit of depression at not receiving a promotion, Van enlists Teddy and Ron into trying to get him super powers, with hilarious results. Guys, please tidy up after yourselves! You really should’t leave volatile chemicals lying around. I mean… anything could happen.

The gang decide to make their way to Lexcorp after meeting their – incredibly familiar – counterparts. Van even shaves his head, to give himself the Lex-look. It can’t hurt, right?

It’s here that the origin of the wormhole is revealed, and the team learns about where nacho cheese really comes from. 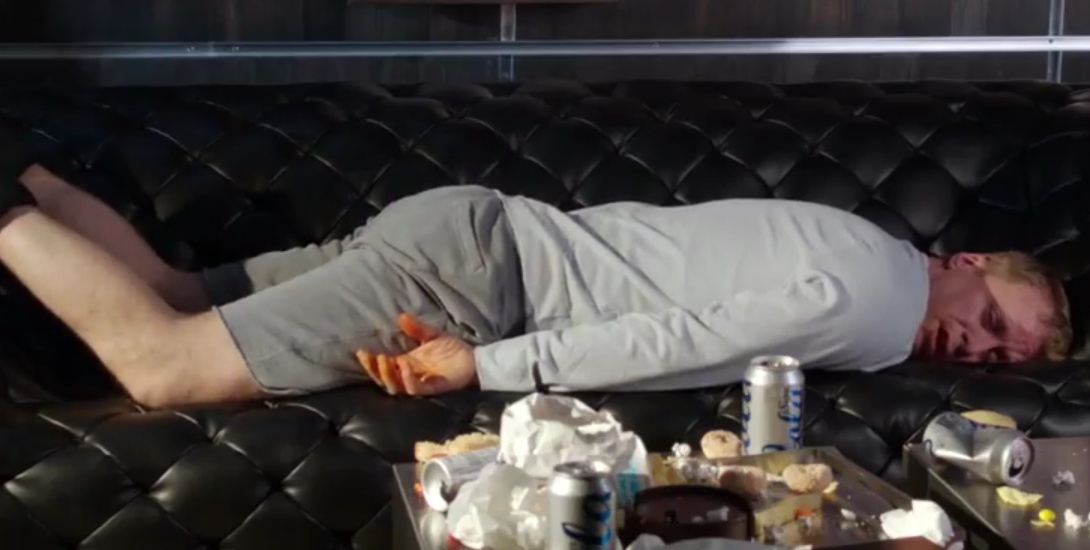 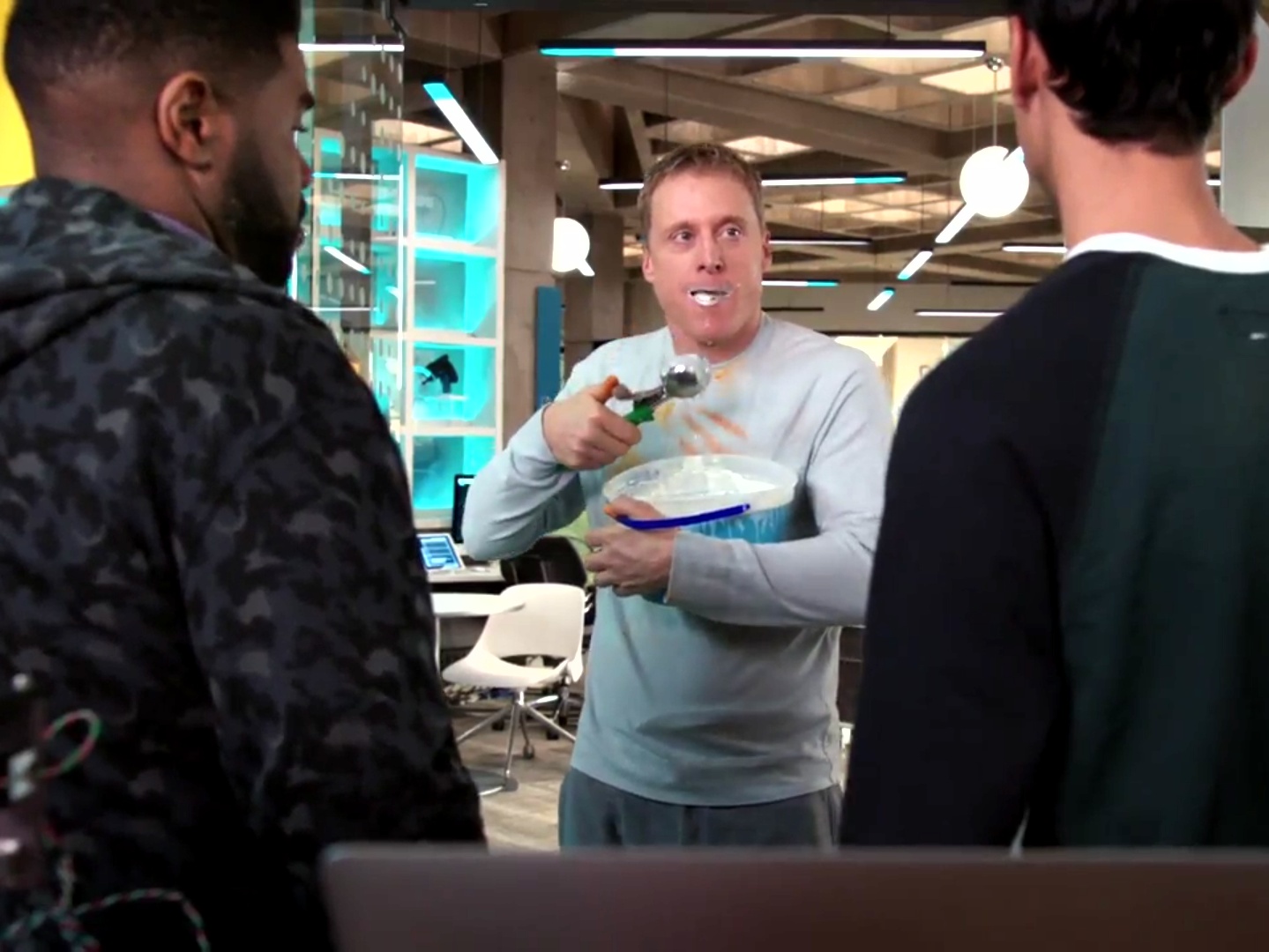 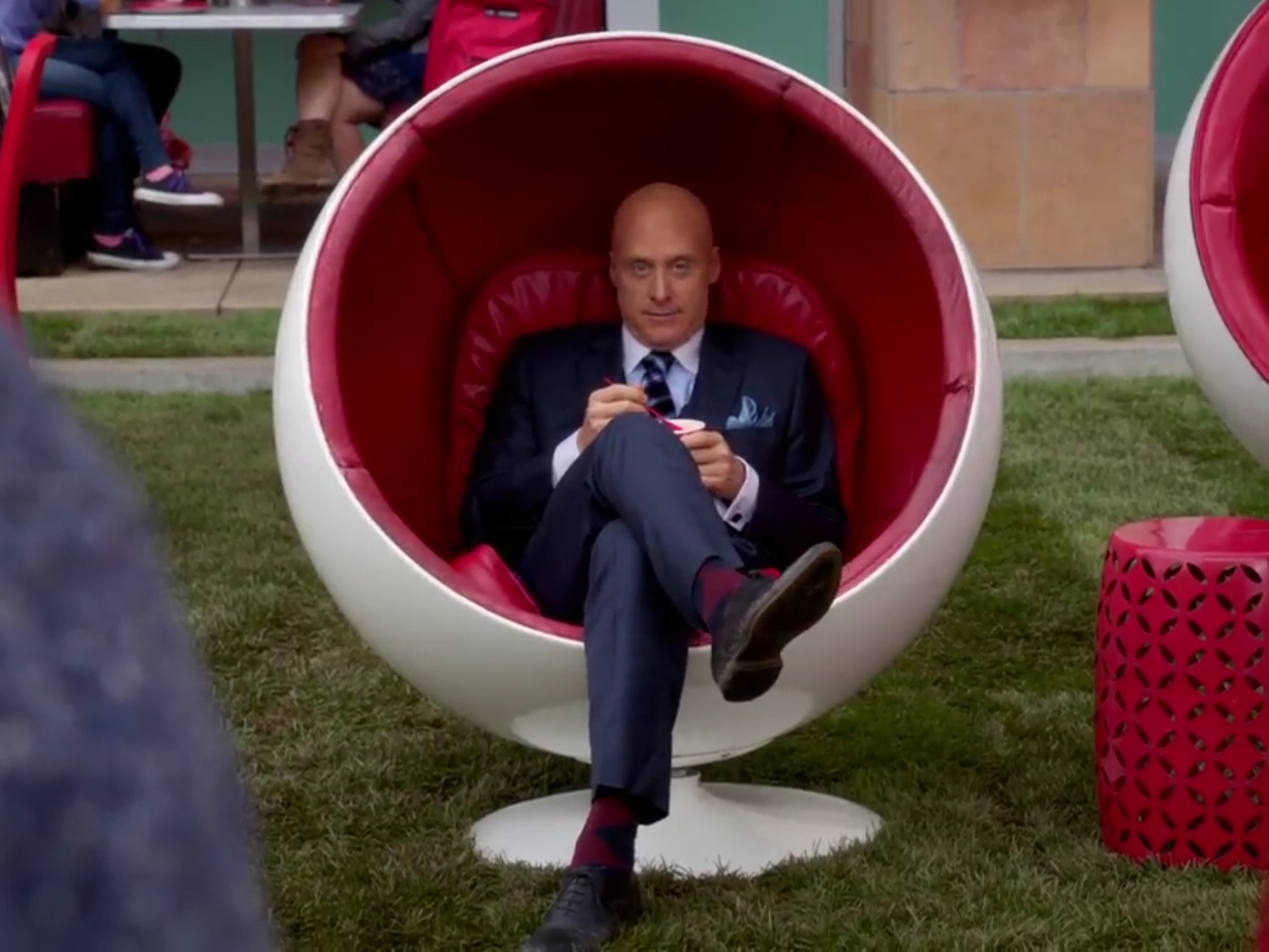 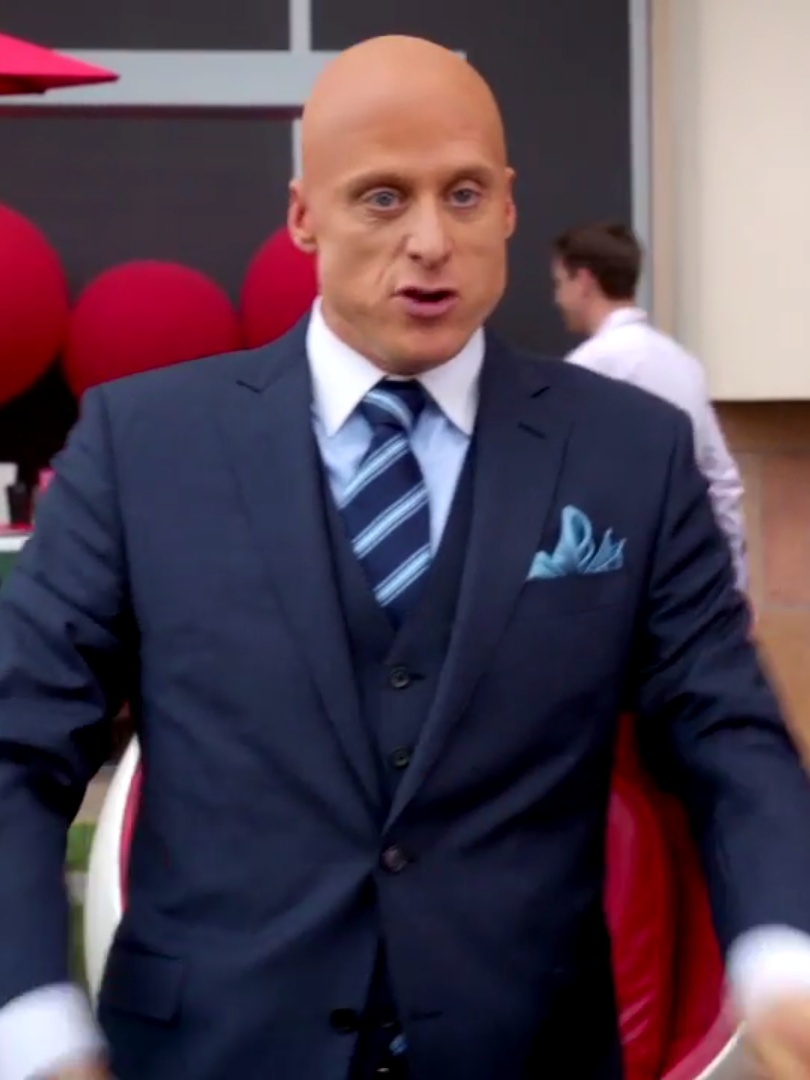 As with every episode that went before, Alan Tudyk’s neurotic Van Wayne chews the scenery and is generally awesome. Vanessa Hudgens is almost sickly sweet, but ultimately lovable as Emily. Ron, Teddy and Wendy’s Three Musketeers are terrific and Christina Kirk’s stoic Jackie is totally on point. Watch out for those chemicals, Jackie… there’s a storm brewing.

Add legendary Adam West to the mix, and the final episode of Powerless is a fitting bookend to the show, as well a great swan-song from a wonderful talent. Great fun and a terrific tribute. 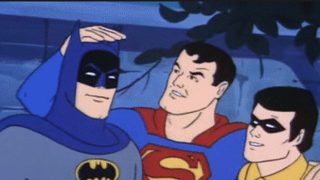 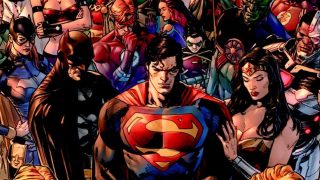