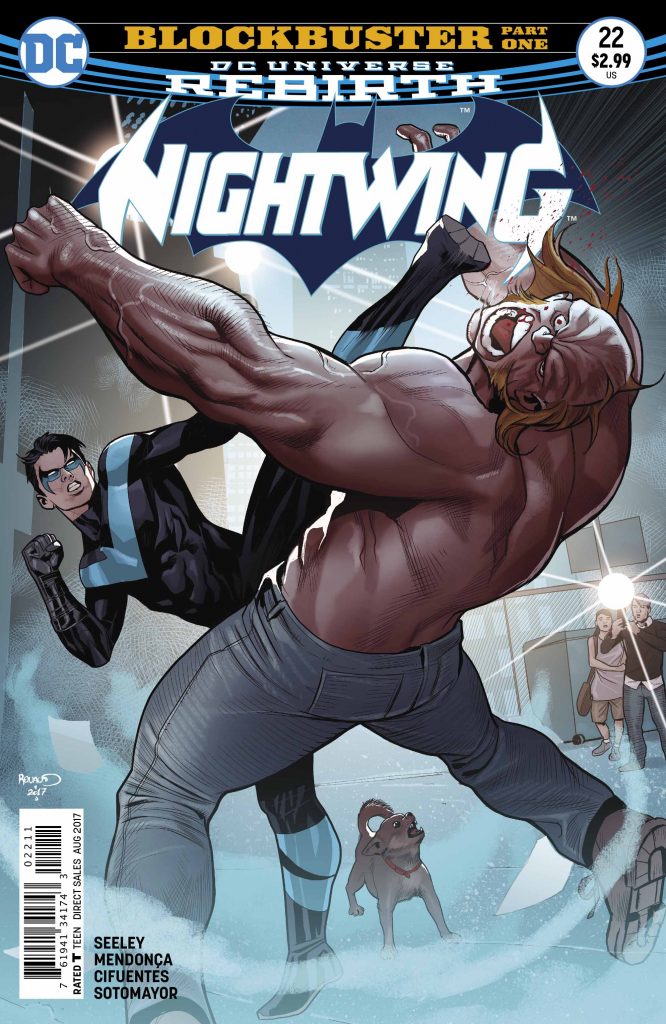 Once Dick returned to Blüdhaven, I knew it was only a matter of time before this classic foe made an appearance. Yet again, it seems as though the last couple of arcs have been leading here, but there hasn’t been any indication or sign posting. Seeley has done an incredible job to keep away from Blockbuster for 21 issues, but now he’s here in full force…kind of. Many an avid comic book reader may know Blockbuster as Mark Desmond, however in this issue, we follow the story of  his brother, Roland Desmond, who apparently possesses the same abilities as Mark, but could potentially be an ally to Dick. All in all, it seems as though this arc may not go the way I expected – even one issue in and I am left scratching my head at what could happen next, and that’s brilliant.

In terms of story, we see an almost cinematic approach inside this issue; we track Roland and Dick amongst two different story lines which eventually meet at the end. It’s such a simple structure, but Seeley pulled it off in an incredible way. Honestly though, his writing has not disappointed me once throughout this entire series. We see Roland – a former inmate of Blackgate Prison who has returned to Blüdhaven for his “first legit job.” Over the next few pages, we learn that this “legit job” is working in a casino which is owned and operated by Tiger Shark. Shark asks Roland to go and bring him Nightwing’s skin, but when the pair meet, Roland instead offers Dick a job. Truly this end surprised me – something I haven’t had a lot of lately. Even though I was always going to get the next issue, I am even more excited for it now. 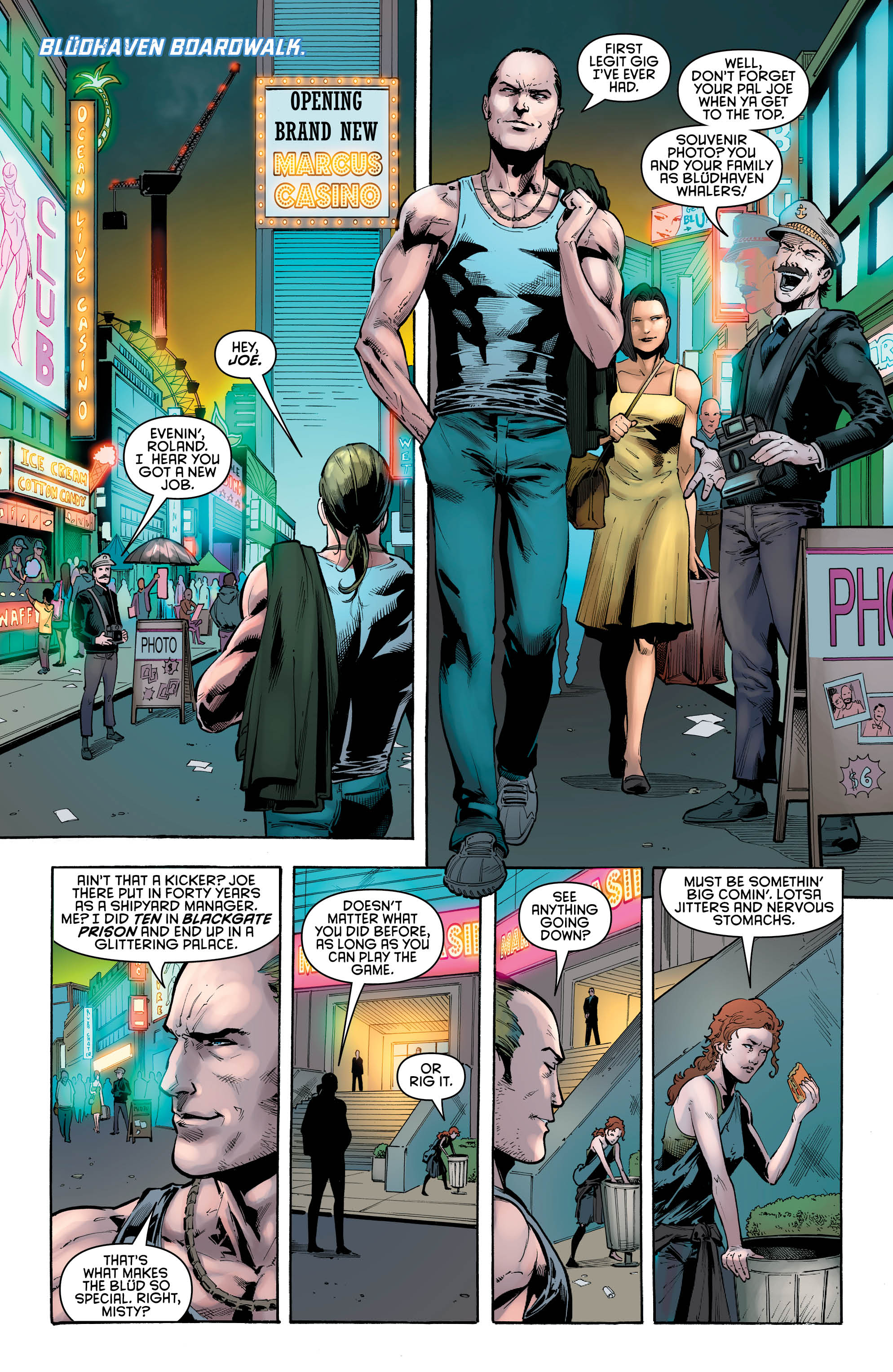 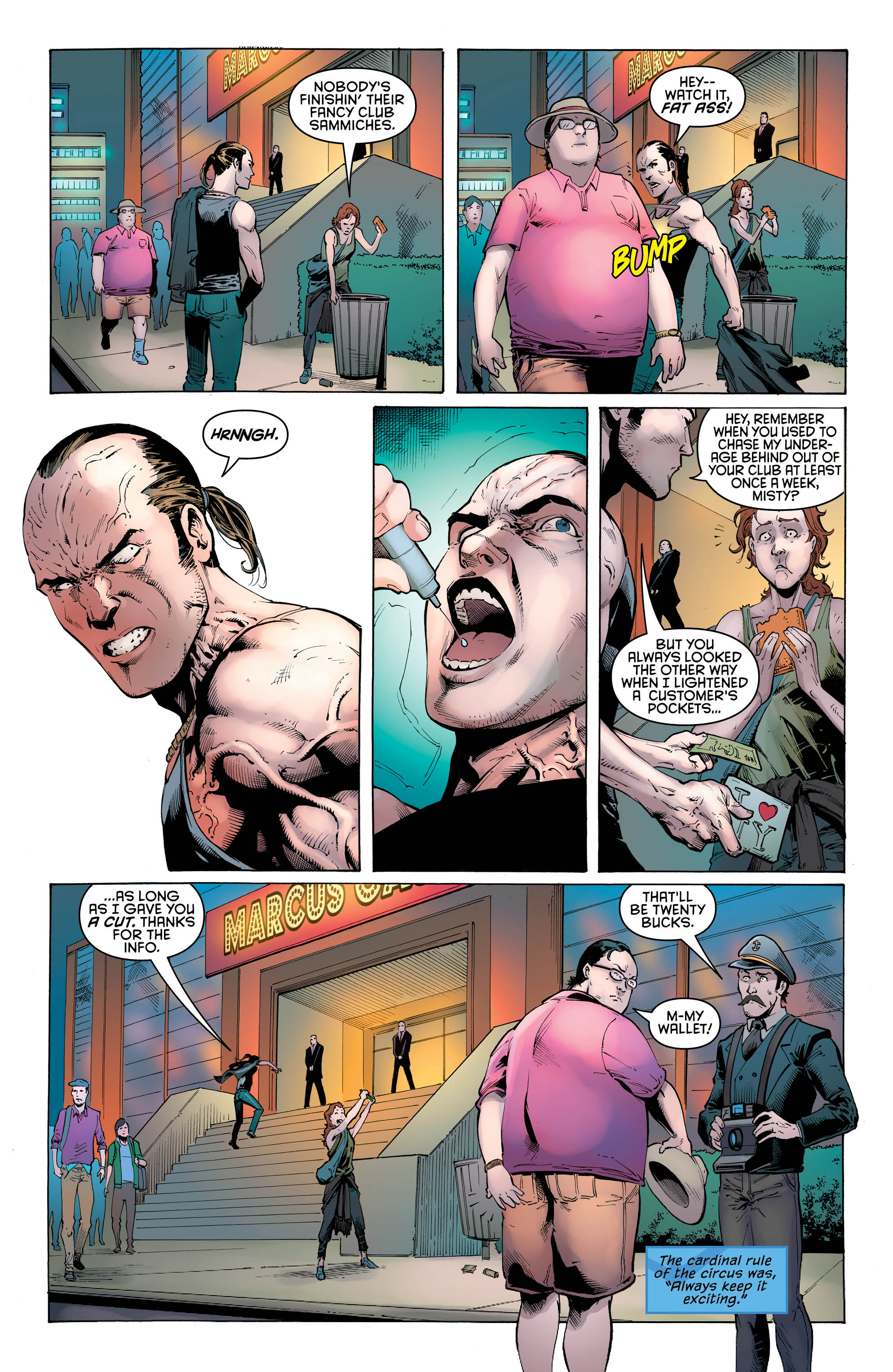 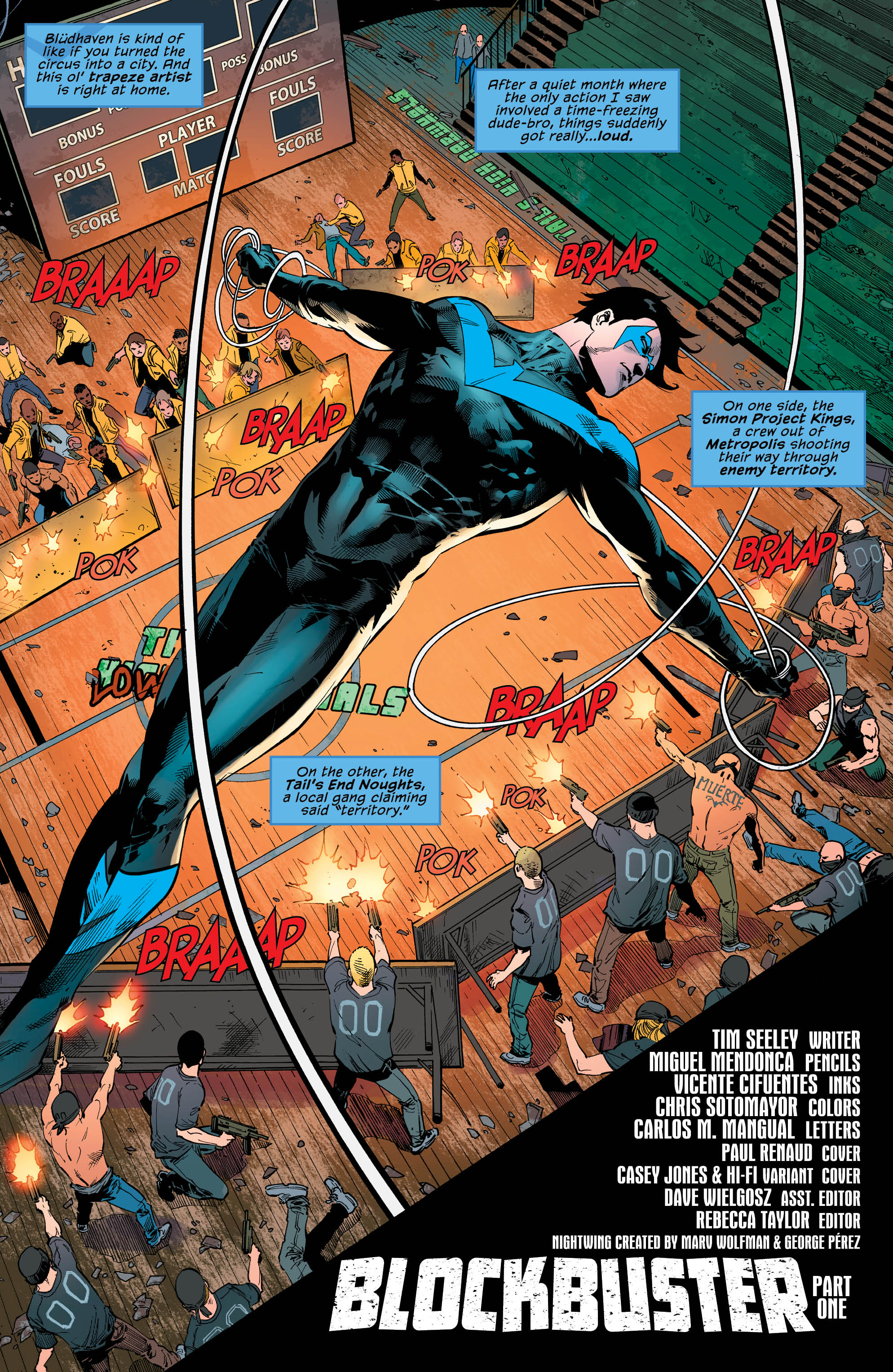 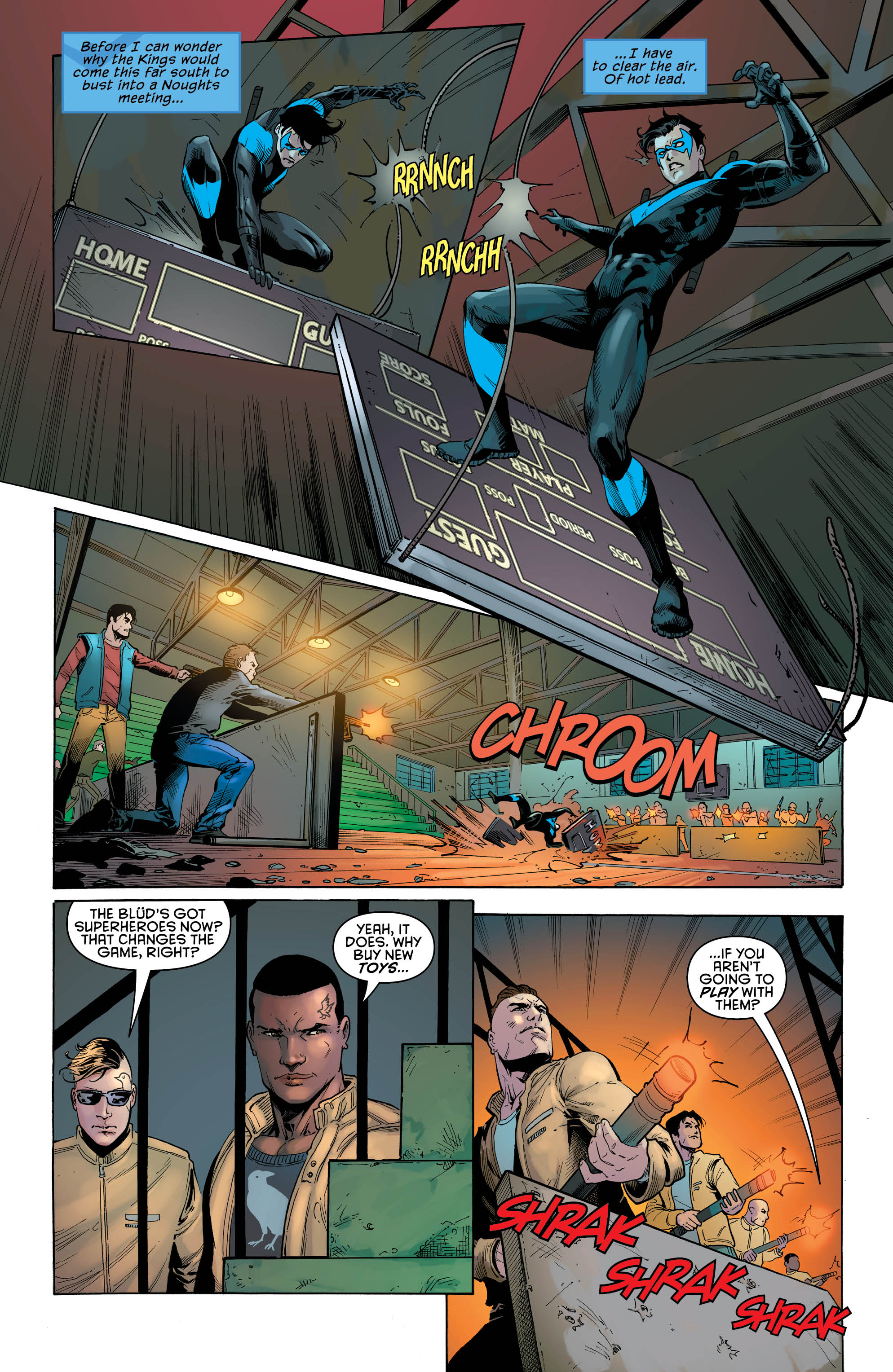 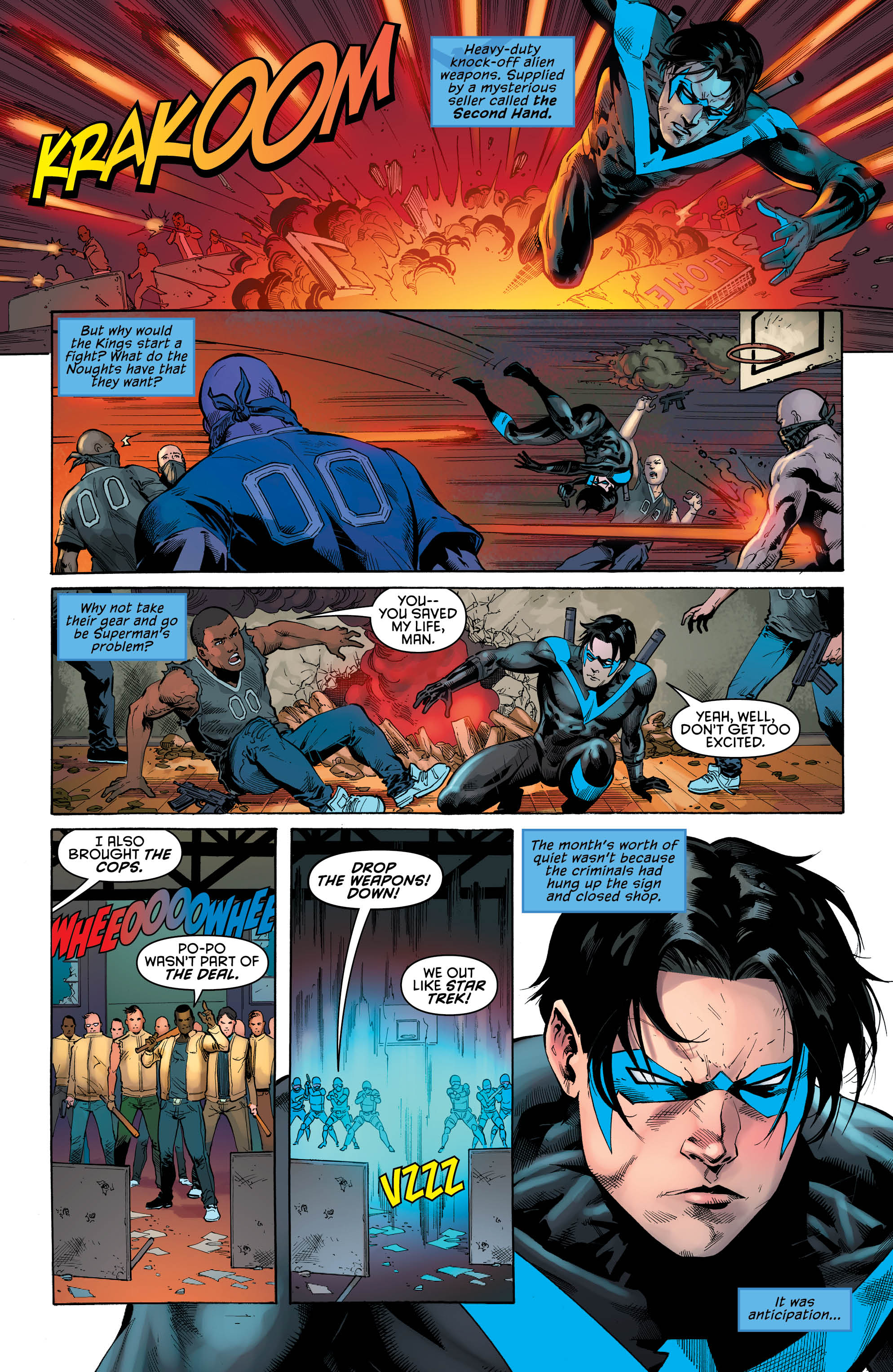 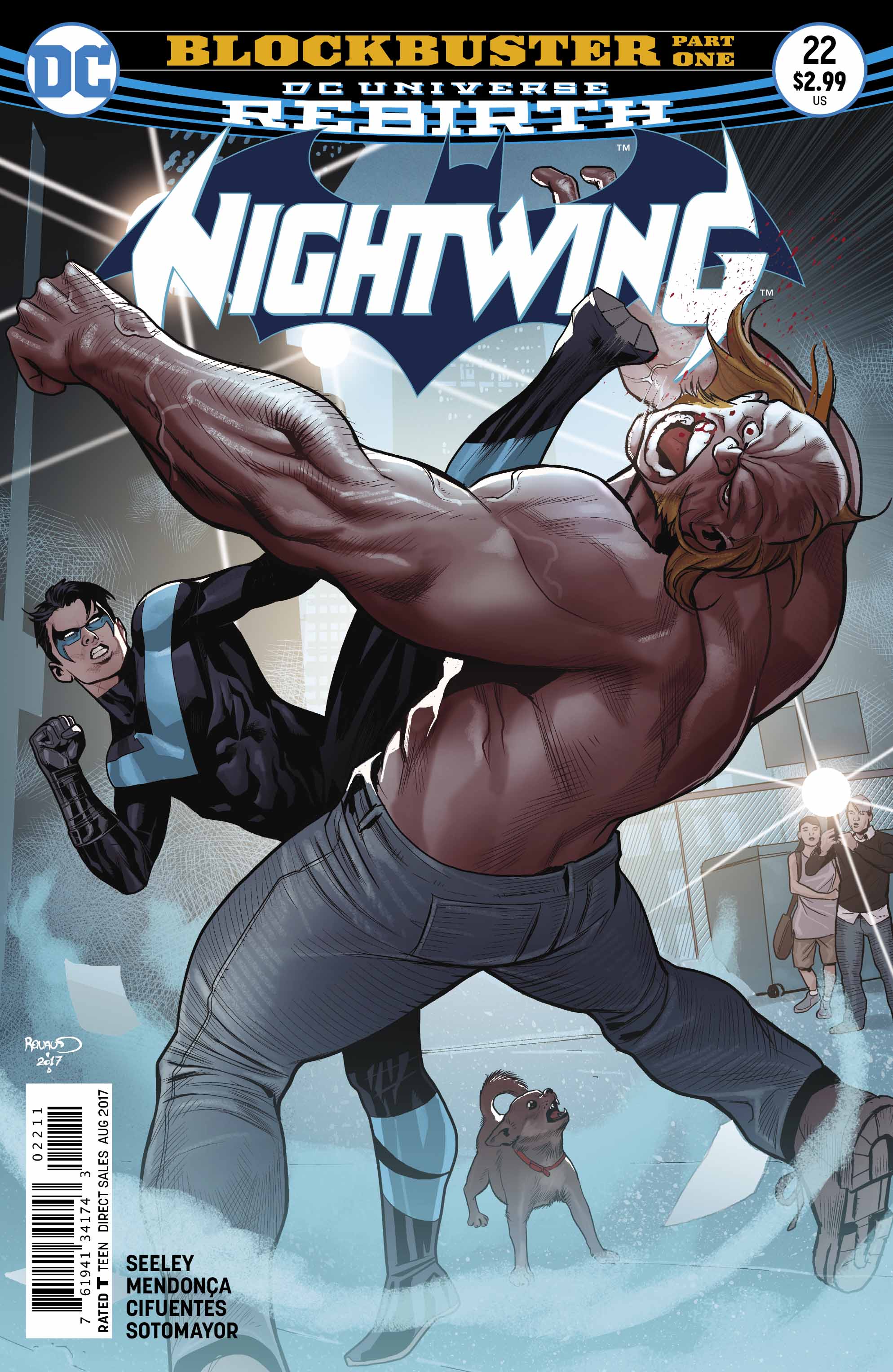 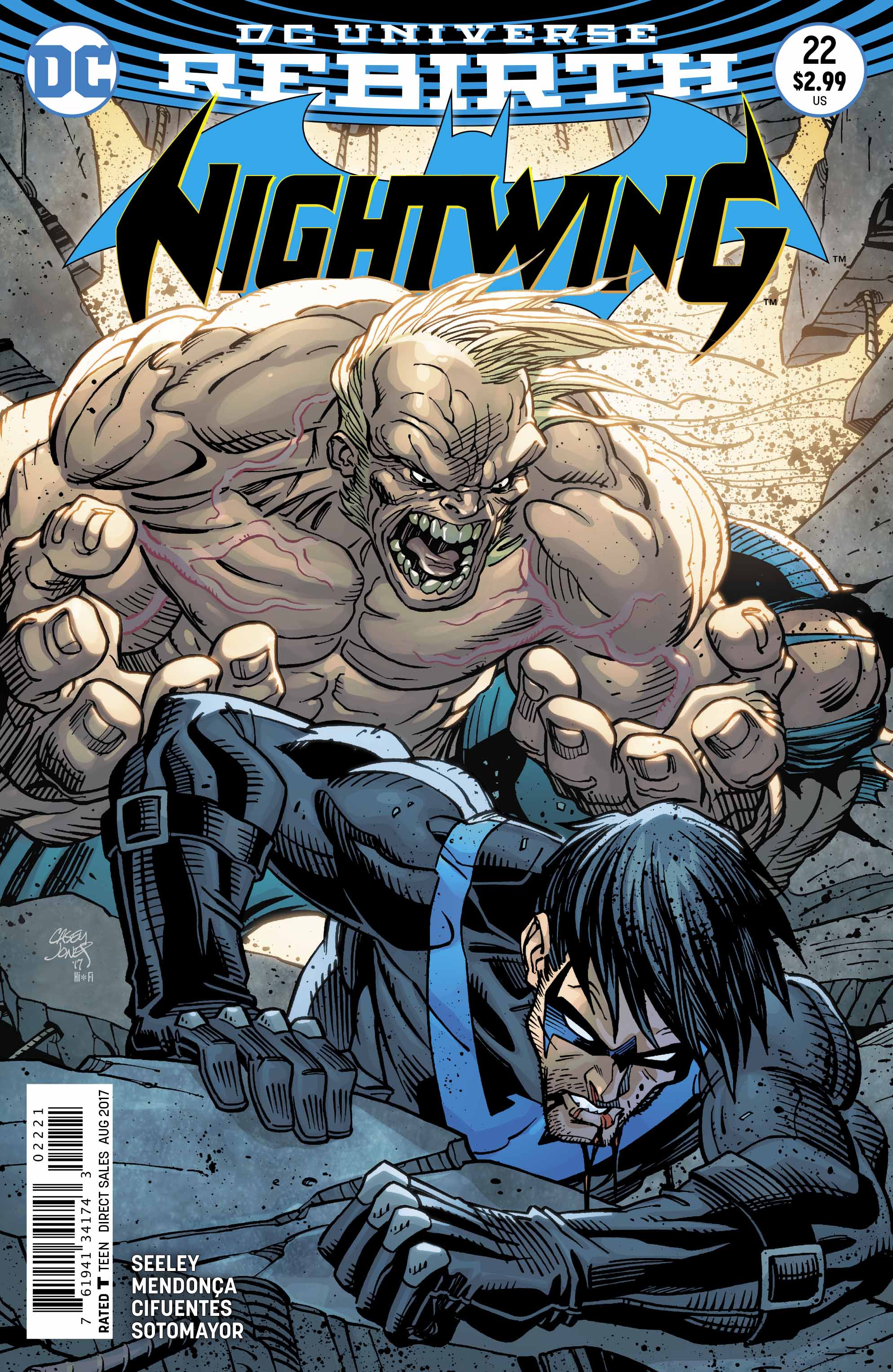 Art wise, we have Miguel Mendonca taking over (at least, for this arc) and his work is gorgeous. Some panels shine more than others, but there is a beautiful consistency and realism to his work that truly brings this book to life. I’ve said it before, but this series honestly has one of the best creative teams in comics today – even when they rotate artists. After seeing how much care Seeley put into the last arc of this book, I can’t wait to see how he handles Blockbuster. He has proven time and time again that he has a deep respect for the classic characters and history inside the Nightwing comics, so I don’t think it’s a long shot when I say that this arc could be one of the best things published in 2017. It has insane potential, and Seeley (along with his incredible art team) have never let me down before.

Nightwing proves yet again why it’s one of the best books DC has to offer right now; in a solid opener to a new arc featuring a classic Nightwing villain, this is shaping up to potentially outdo anything Seeley has done before. This is also a great jumping on point for new readers, but if you haven’t been reading this series already then you’re definitely missing out.