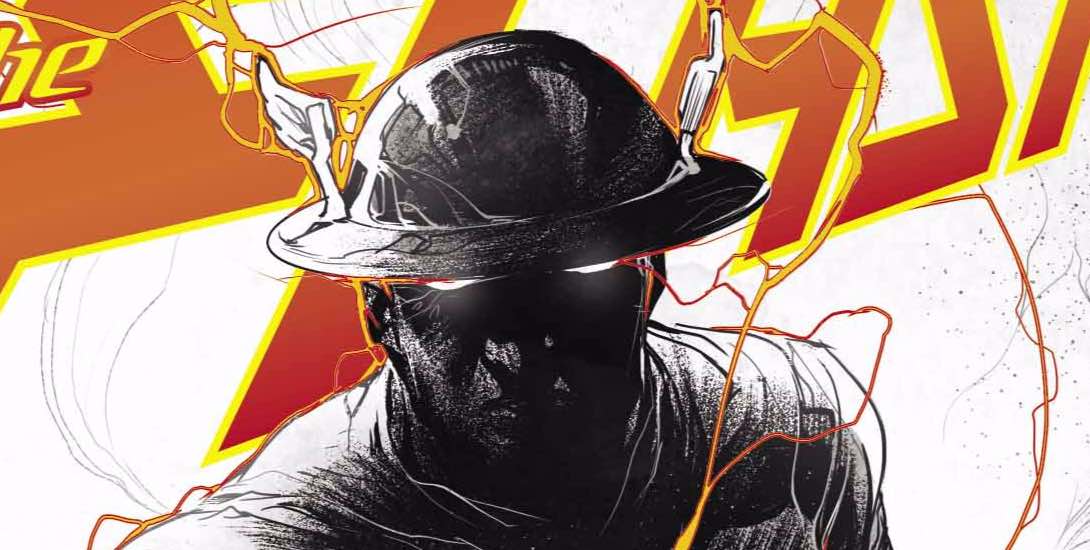 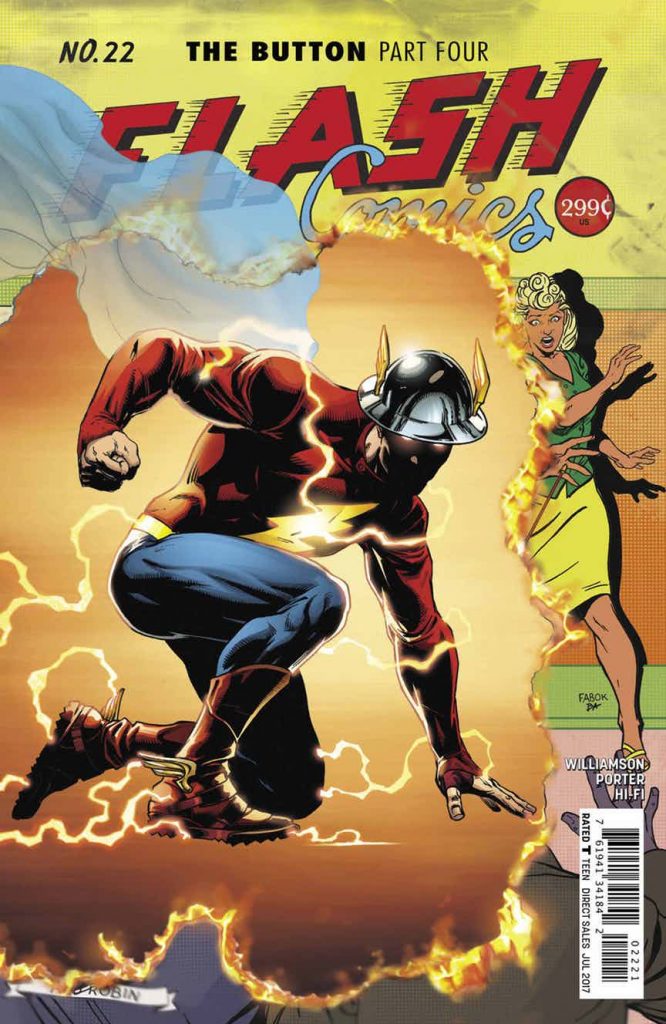 The finale of “The Button” brings a lot of teases of future DC titles, but fails to have a satisfying conclusion for its storyline.

I am split in my opinion on the last issue of “The Button”.  As a teaser for the upcoming Doomsday Clock mini-series, it works as an amazing launchpad. However, if one looks at the issue as a conclusion to an individual storyline, then they will be sorely disappointed. The good news of the comic is that there is a lot of moments to like. I do not think that it is a spoiler-given that he is featured on all of the covers- to say that Jay Garrick returns. It is exciting to see him return in a dramatic fashion to deliver a hero moment. The ending of the comic is particularly enticing and fully embraces its Watchmen influences. It is an exciting tease that will leave readers anticipating for more.

Artistically speaking, Howard Porter does a bang up job on the issue. He still makes everything extremely exciting and dynamic. Each panel where the Flash and Reverse-Flash are running looks like they are exploding of the page. The electricity that flies off them makes every scene exciting. 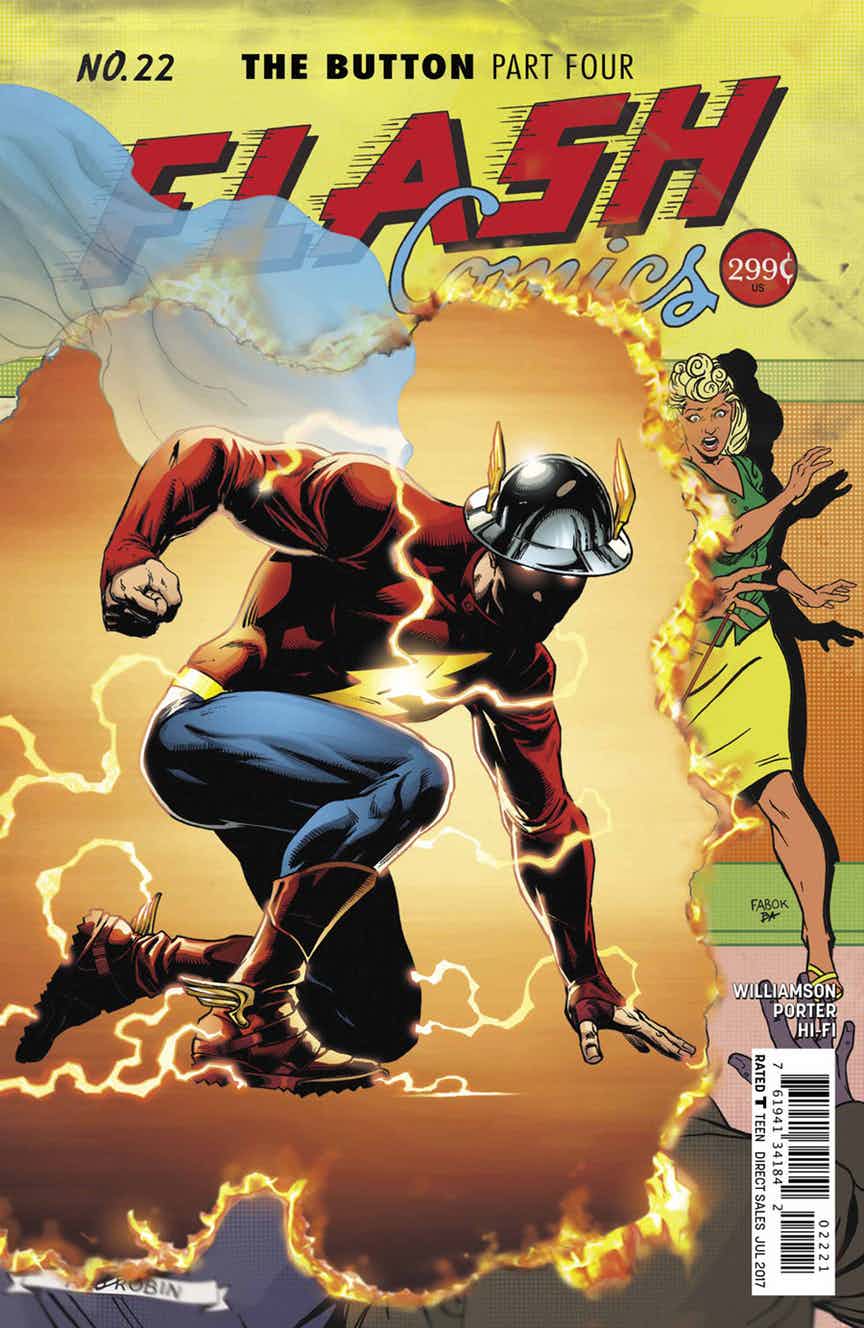 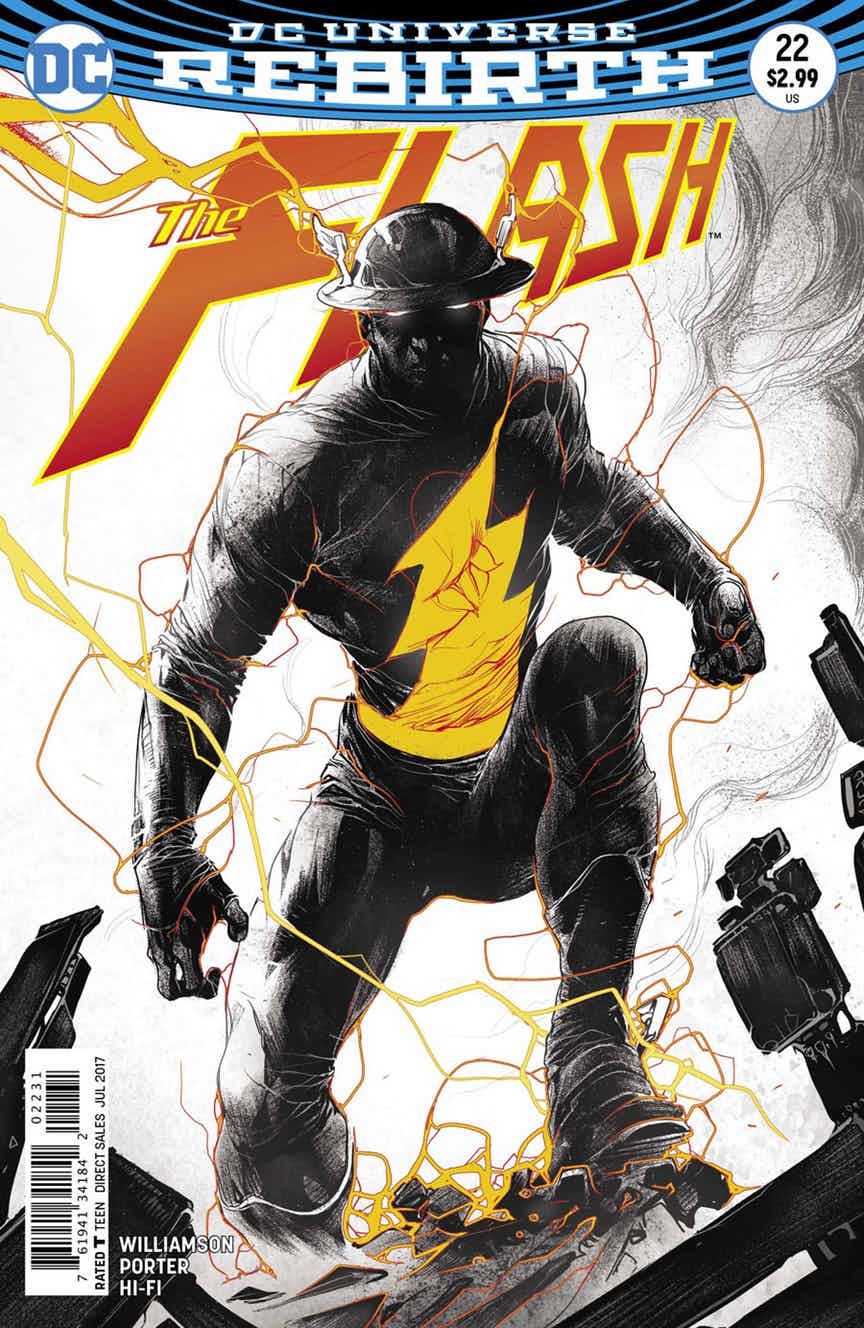 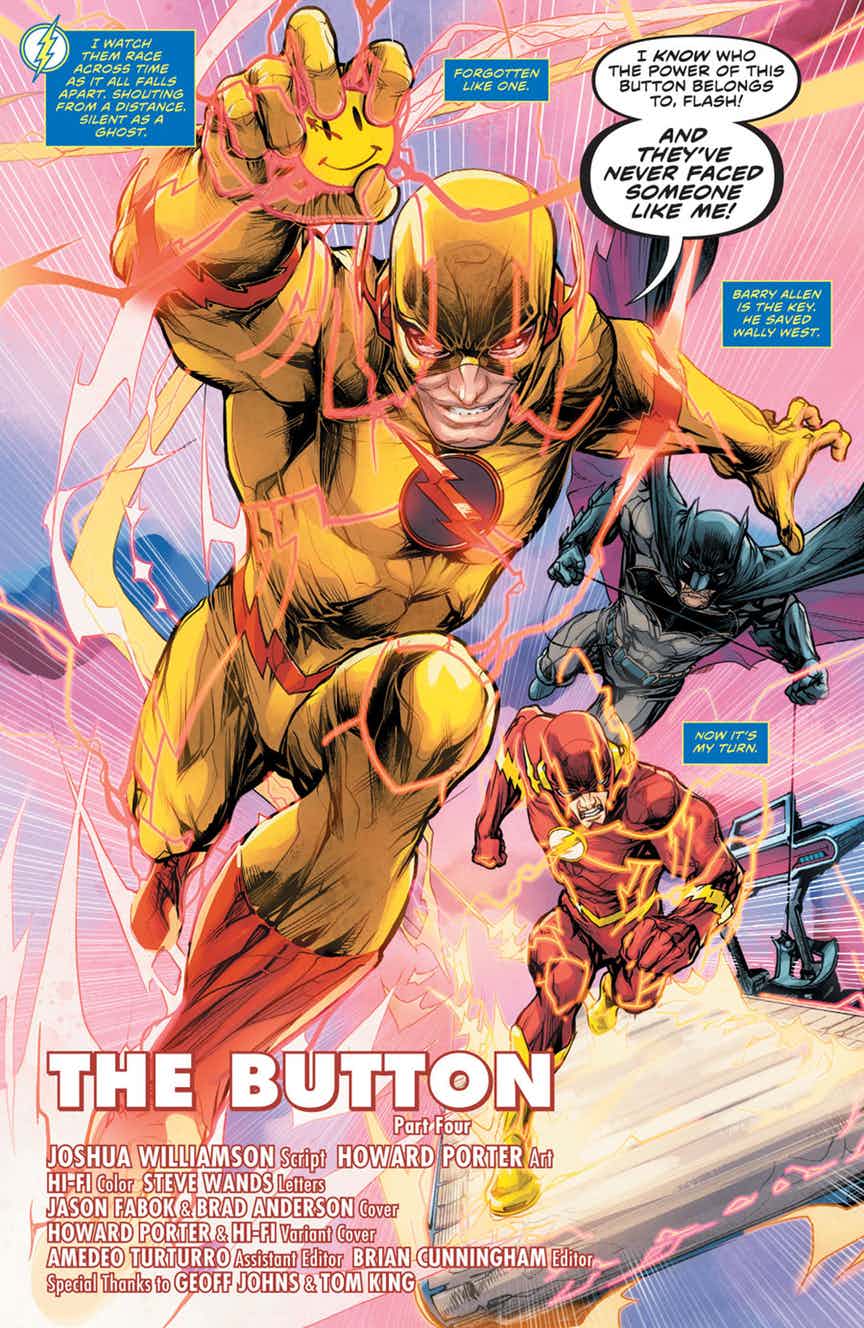 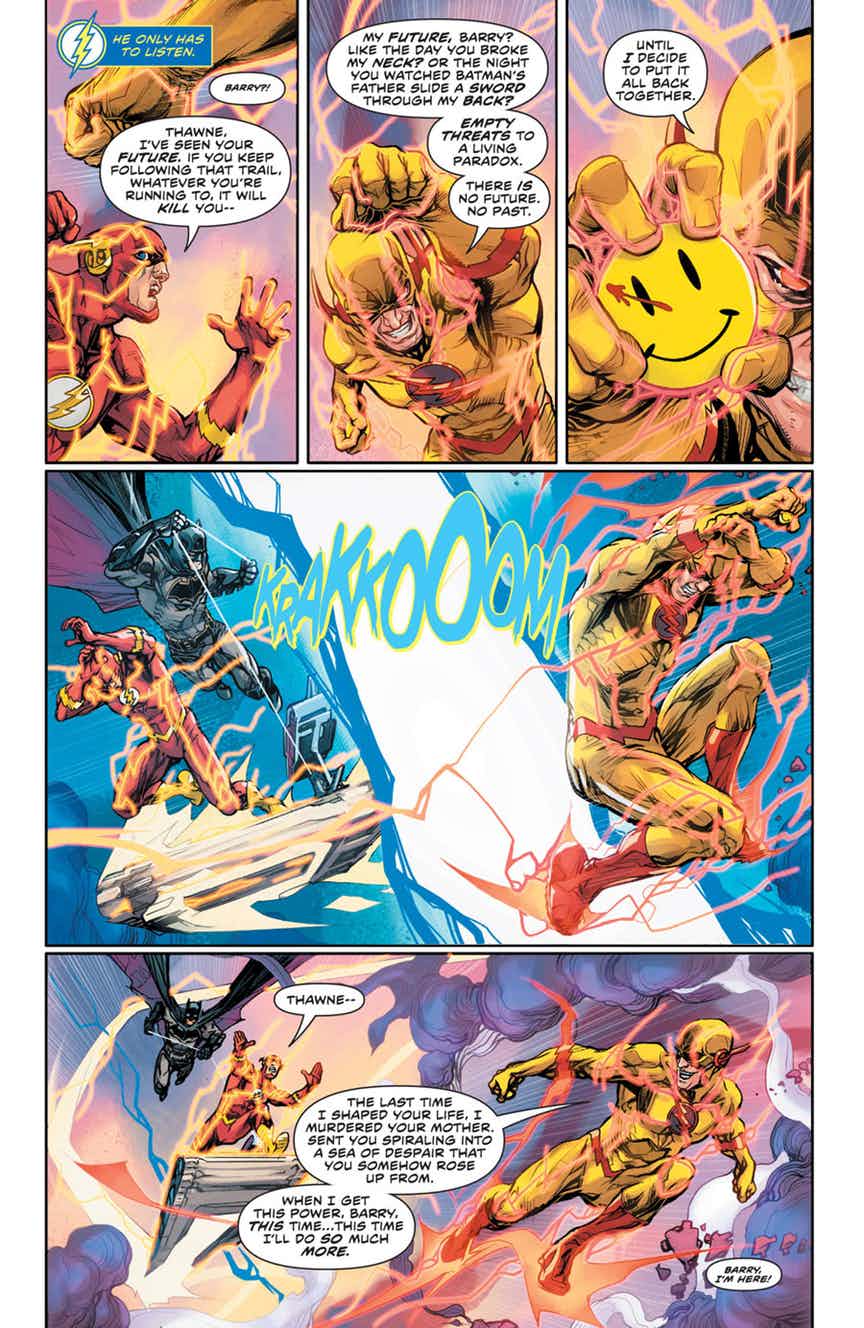 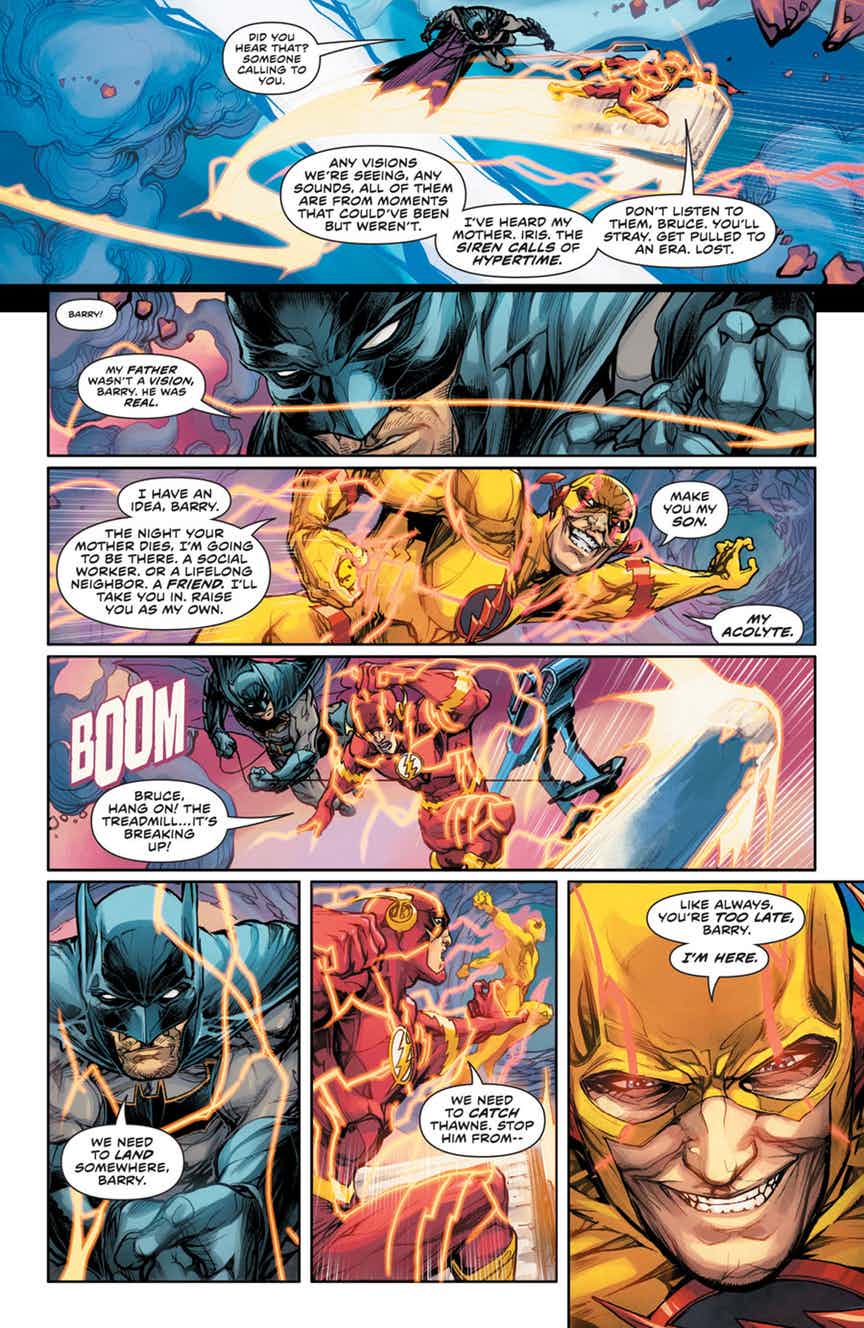 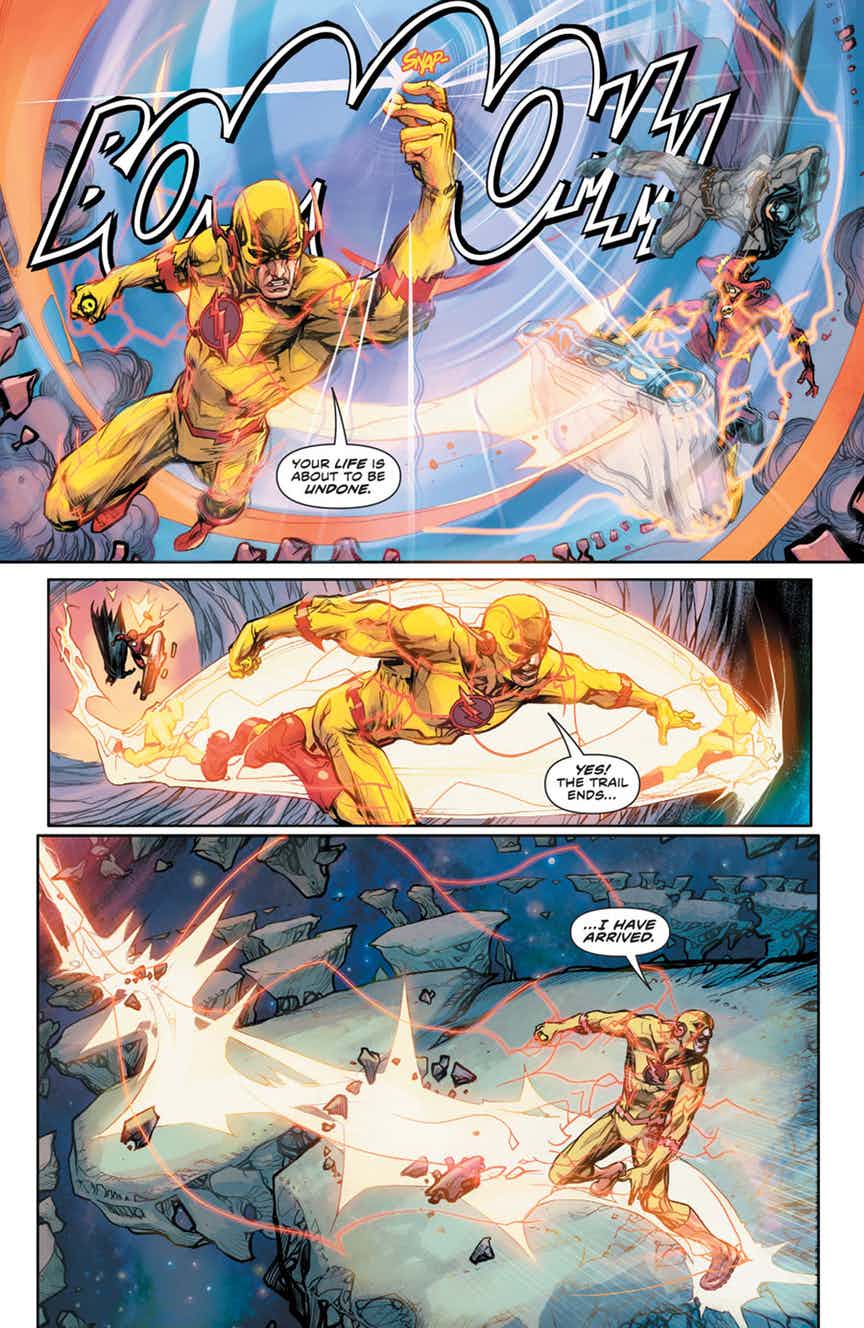 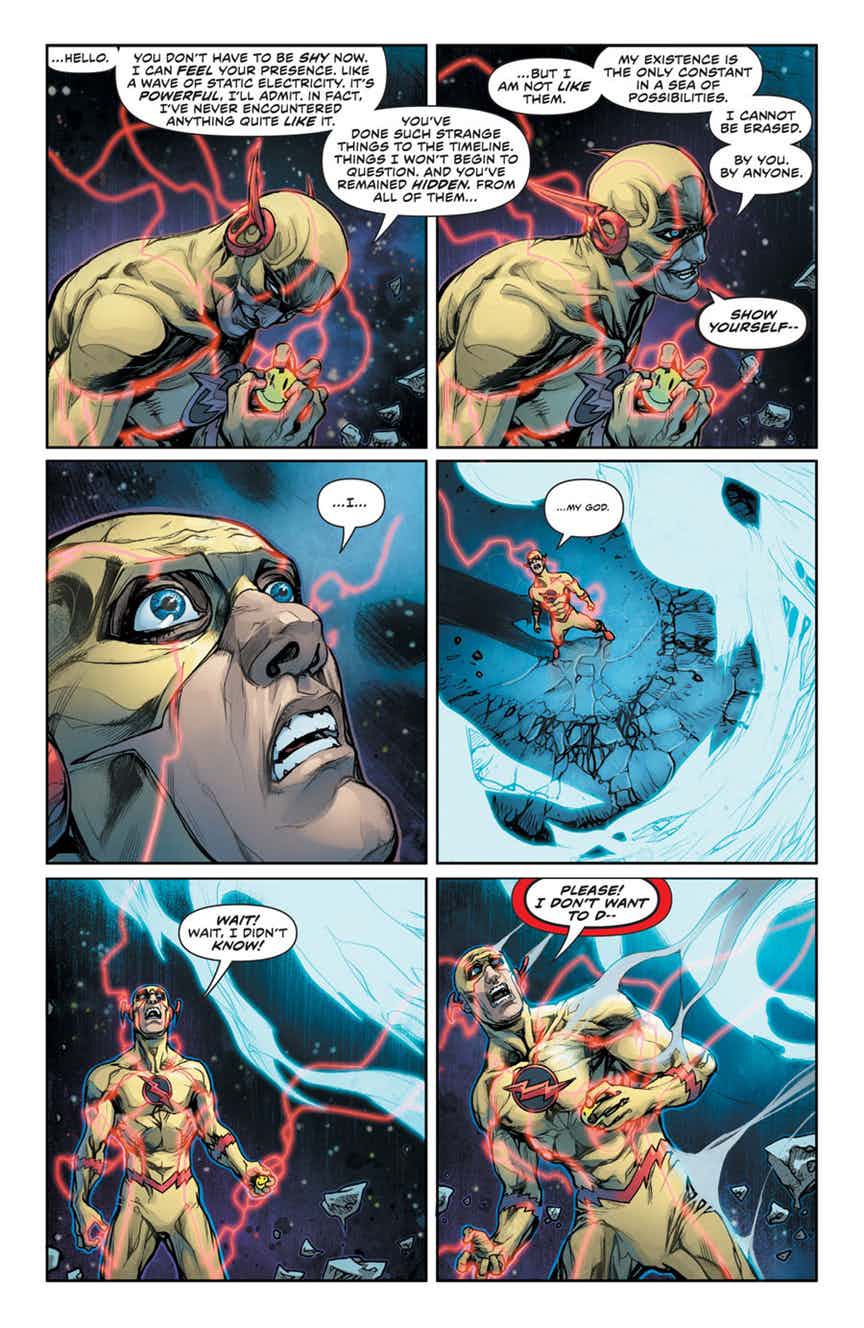 So what is the problem? Well in the previous review, I voiced concern over how is Tom King and Williamson going to fit all of the plot lines in a cohesive ending. The truth is that there is no resolution to those plots. They are all clearly story bits that will be picked up for another time. Since “The Button” acts more as a bridging arc for the rest of the DC universe and Doomsday Clock, there is no real ending. Which is a little disappointing, but not unexpected in comic book serial storytelling.

However, more concerning is that the finale has Batman and the Flash do essentially nothing to dictate the resolution. Their participation did not really matter, because Jay Garrick was the real hero of the story. Speaking of Jay, his appearance is also is ultimately a frustrating ordeal. Without going into spoilers, Jay’s fate at the end of the issue is up in the air.

Williamson has a thankless task of putting together a middle arc to springboard future storylines. Fortunately, him and King crafted a mostly well-made, intriguing plot with excellent art.  However, the ending was a tad unsatisfying. But, as long as readers come in with the expectations that not every plot thread will be answered, they will have a fun time.