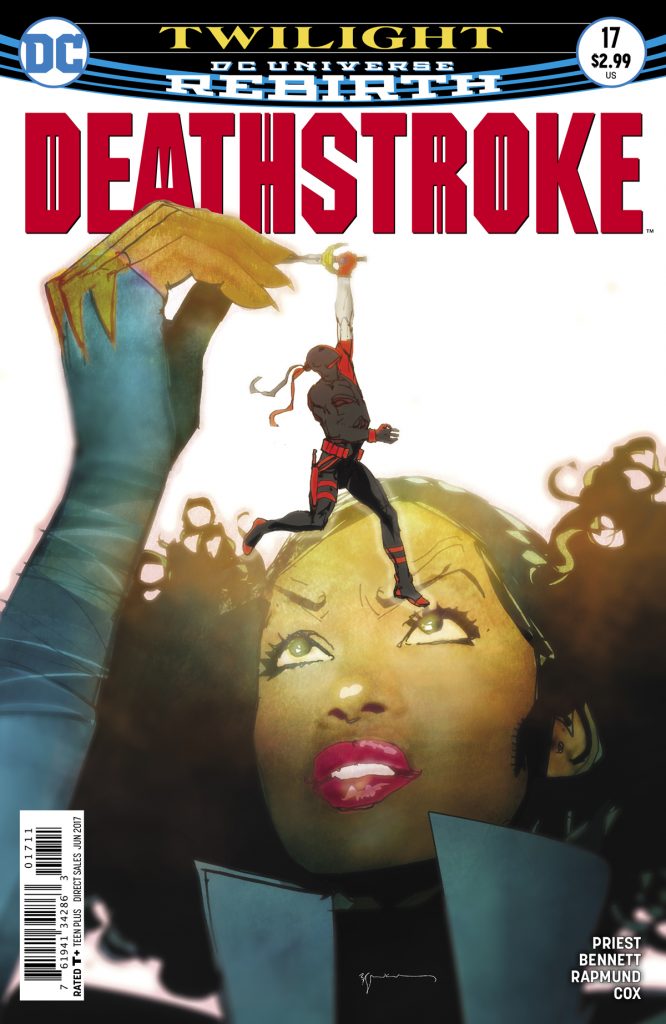 One of my favourite series of Rebirth – arguably ever – is Tim Seeley’s Nightwing. Every issue of that book makes me sit back and smile and think “wow, I love reading comics.” Very few other issues from very few other series make me feel like that, but this issue did. Deathstroke #17 is the penultimate issue of “Twilight” and, as such, a lot of plot threads are tying in and closing off. This issue saw the fight that I knew was coming between Tanya and Slade, with an awesome appearance by Beast Boy! It developed not only Slade and Tanya, but also Rose and Joseph in very significant ways; this may be one of the most important issues of this series.

I had mixed feelings about Tanya finding out about Slade’s true identity; Beast Boy flies in and sees Slade, prompting a reaction and then an eventual fight. This felt – somehow – both very natural and logical, but also very shoehorned in. Having a character come in for (seemingly) no reason and then reveal something is a bit on the nose, but then again, how else would Tanya have found out? So I am in a state of both liking and hating that decision simultaneously. Schrödinger’s decision. The one thing that redeemed it was the way Beast Boy was written – it was wonderful! The two pages he appeared on were terrific, and I have to say Priest nailed him. 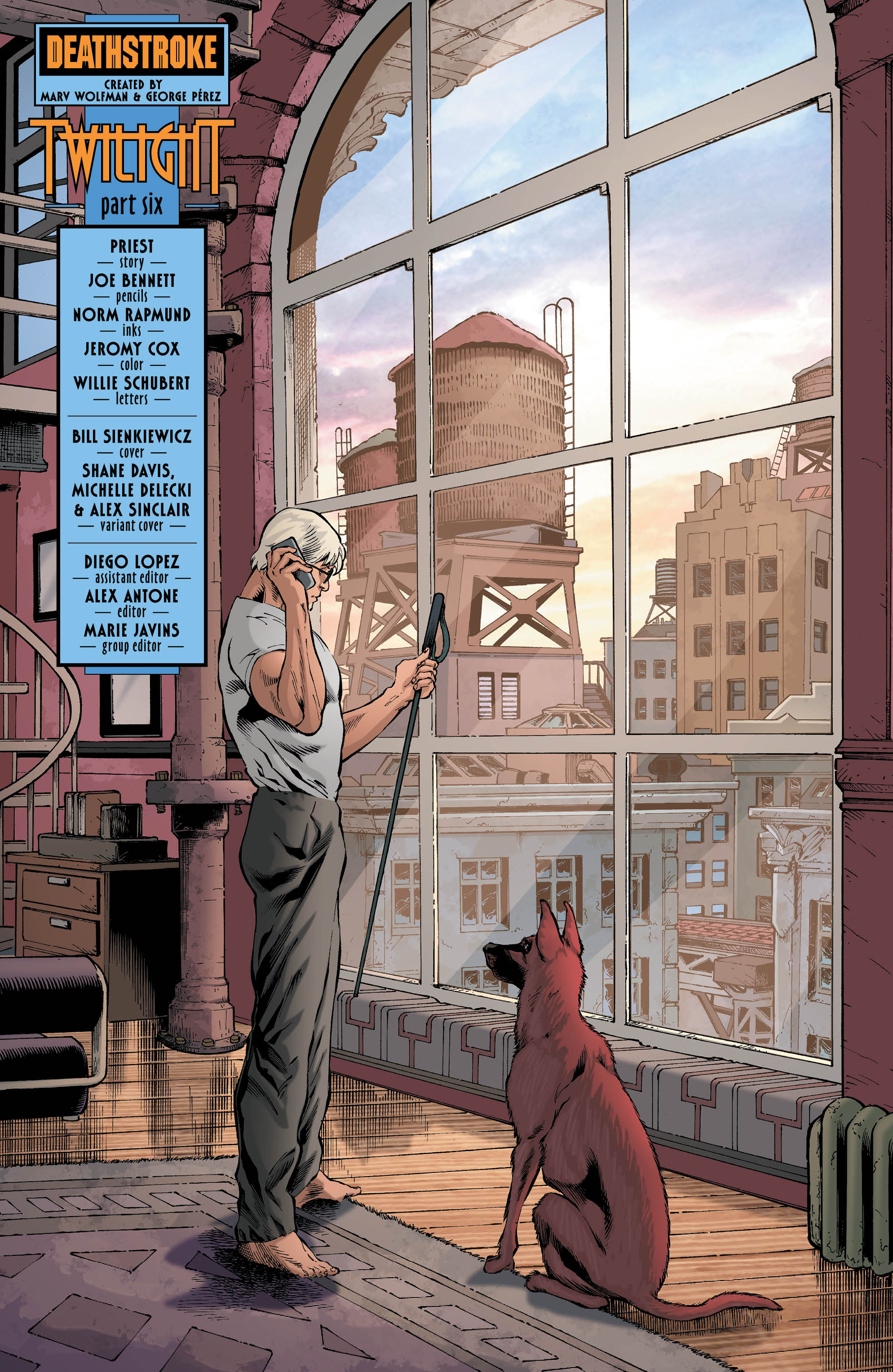 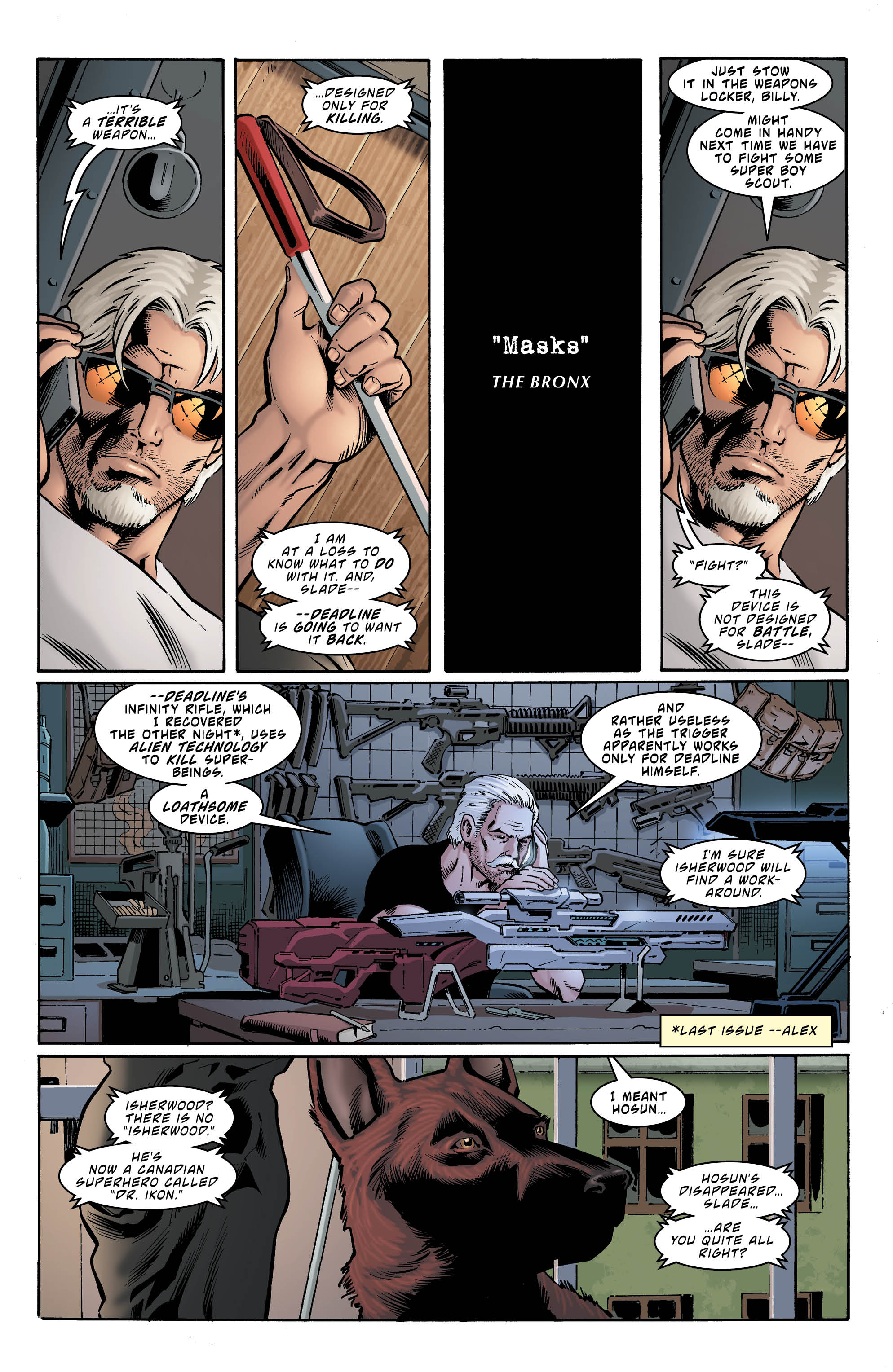 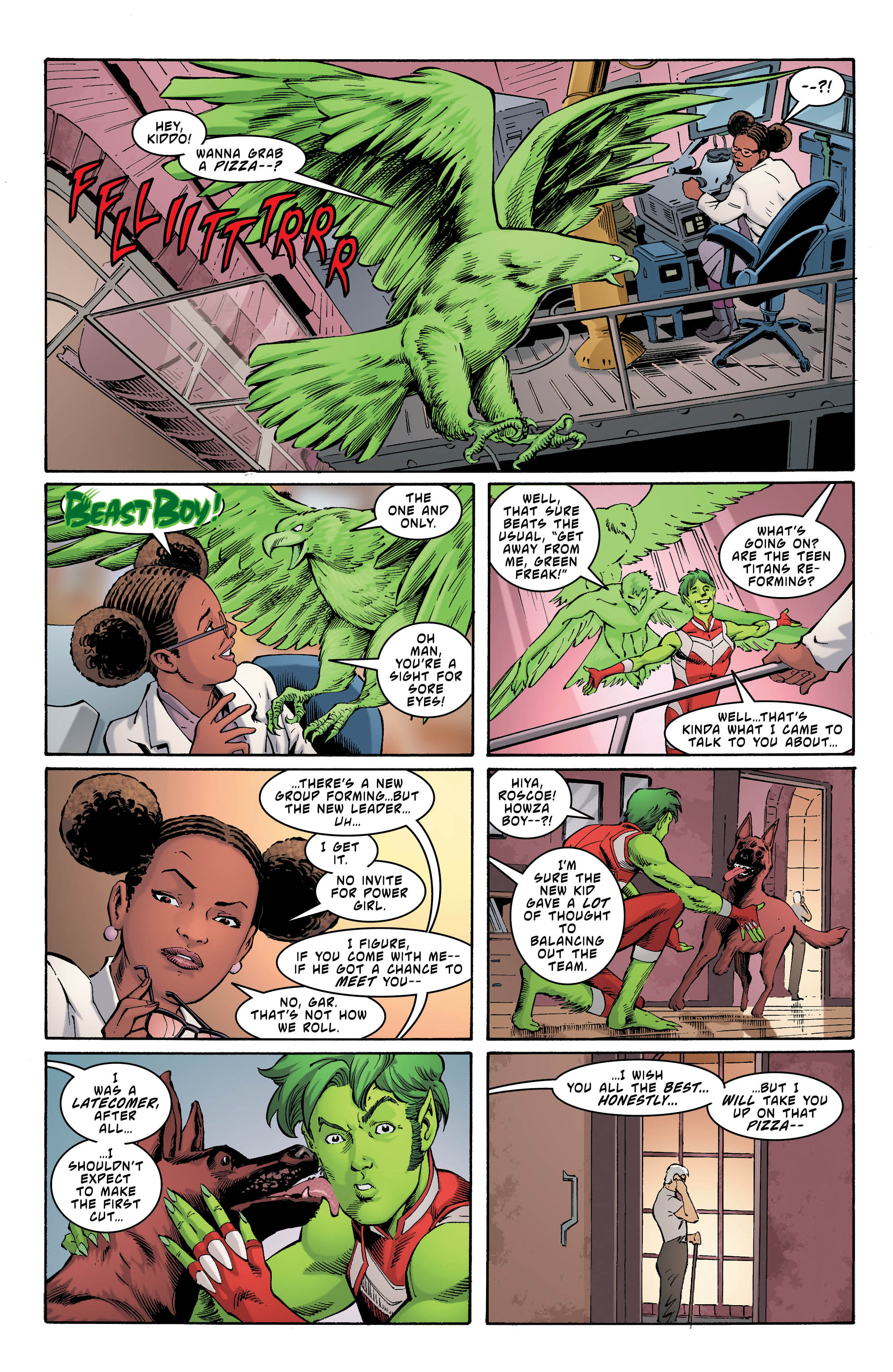 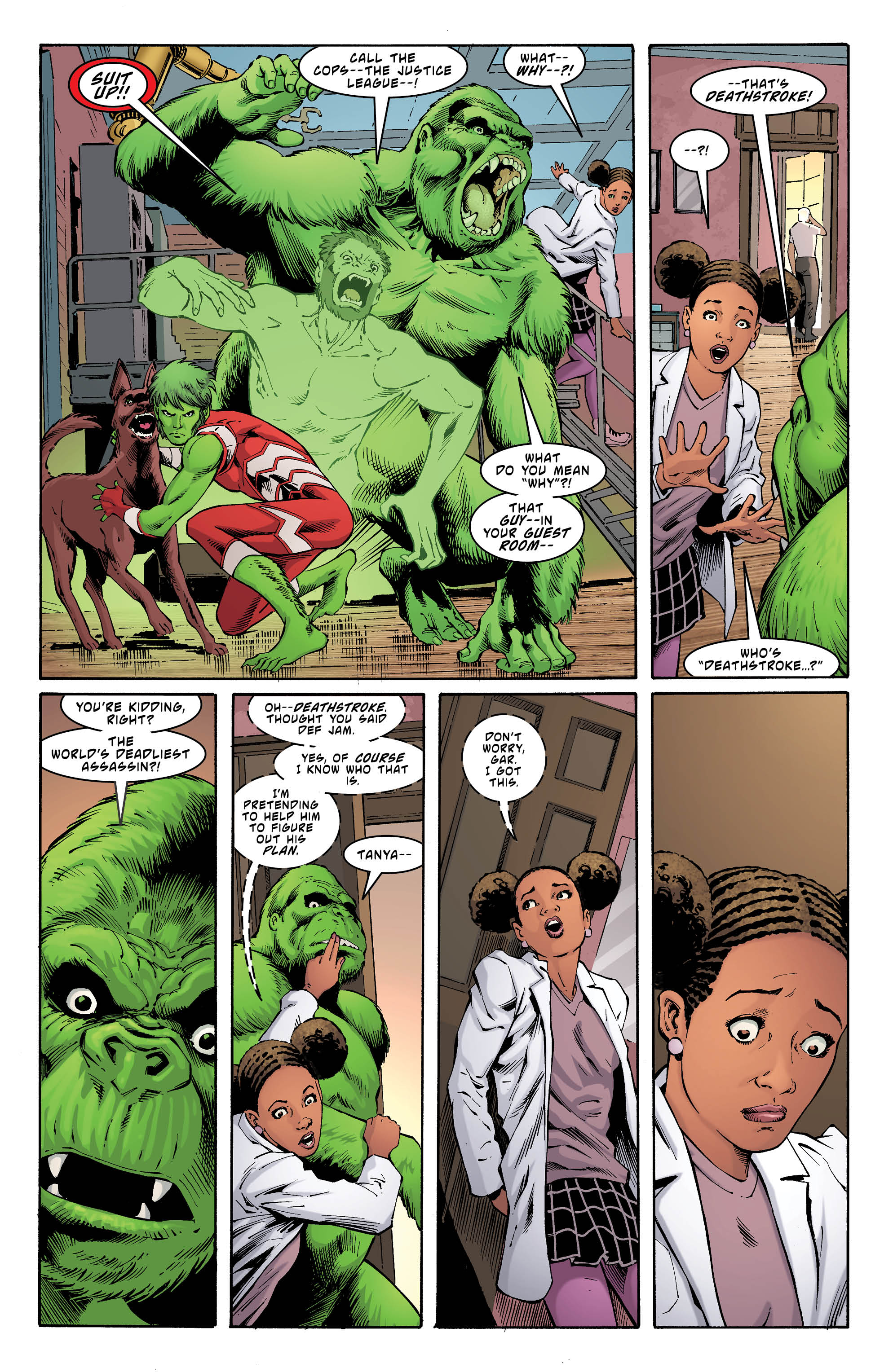 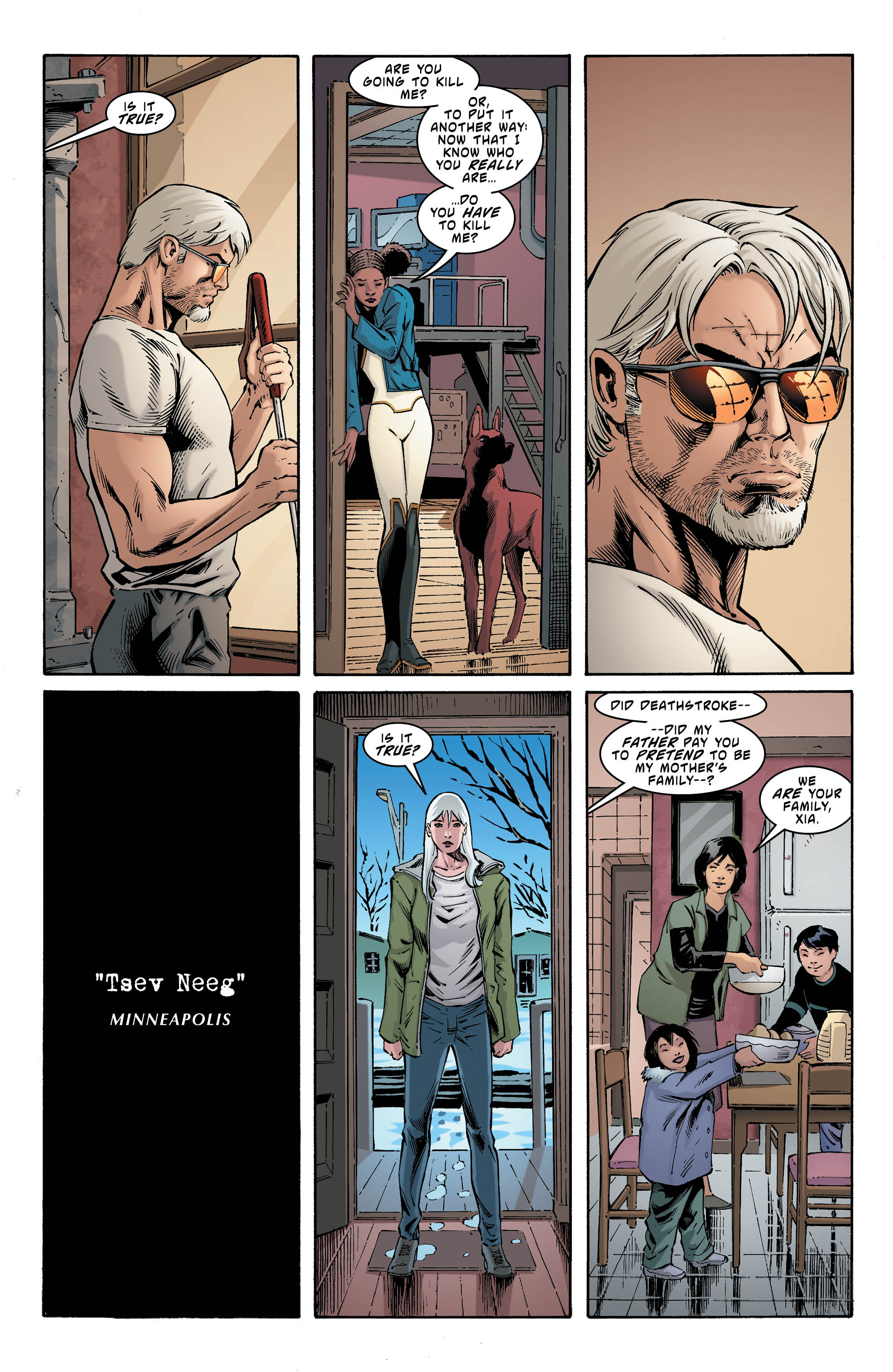 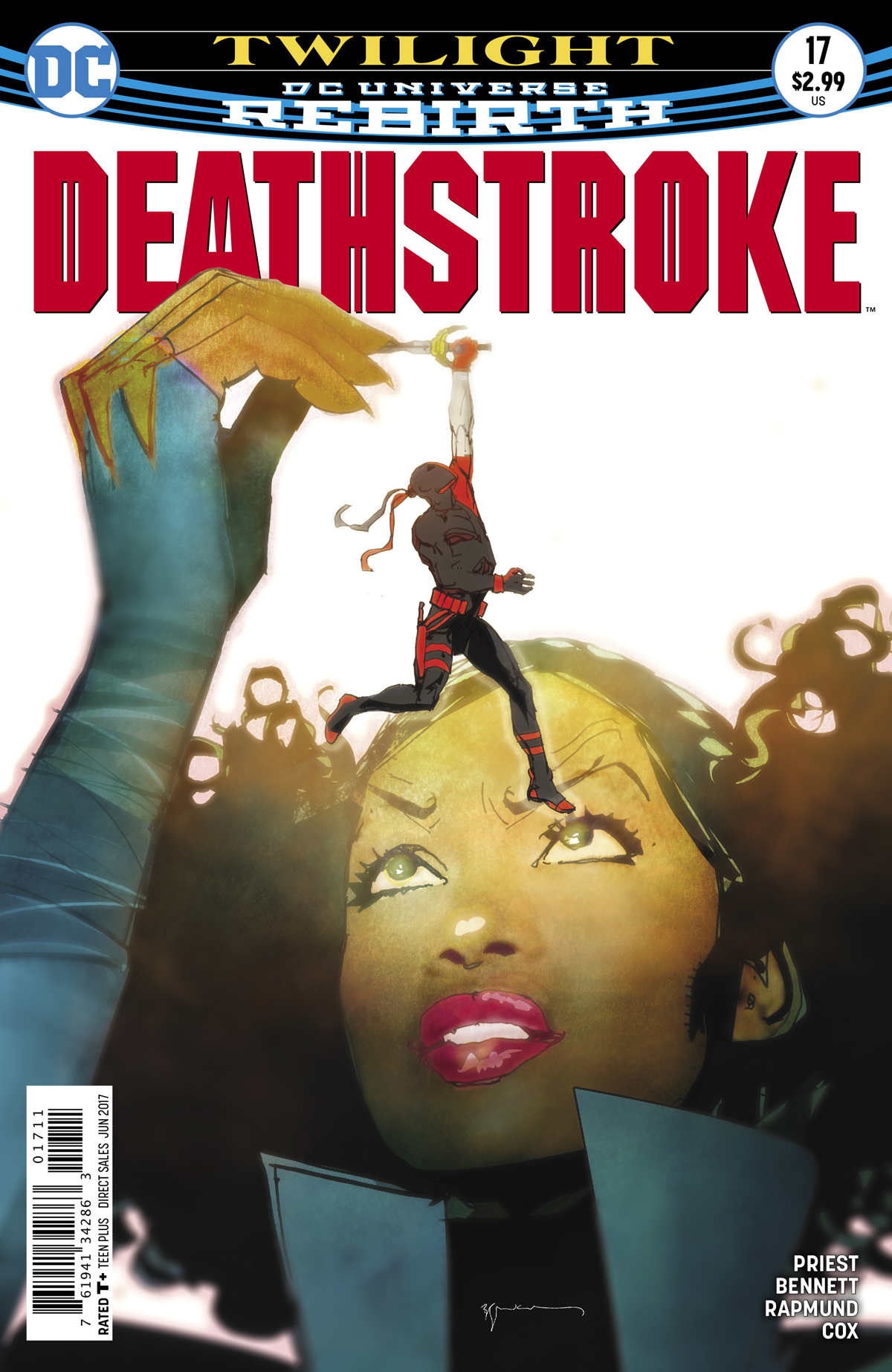 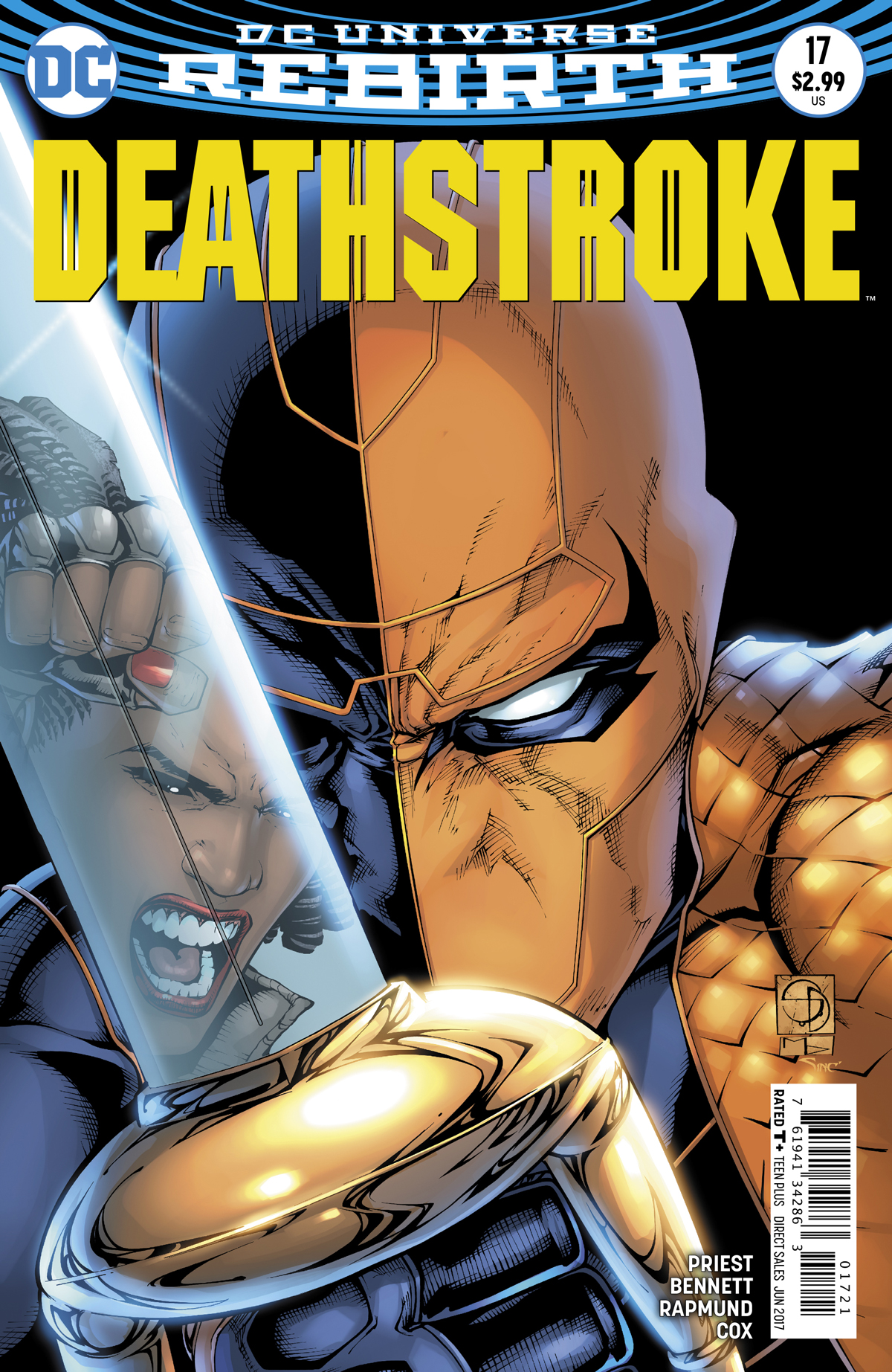 I have nothing new to say about the art: it’s amazing. Some of the best Rebirth has to offer. I think the thing that really defined this issue for me was Slade’s humanity. I’ve said it before, but this entire series has been building Slade as a humanized version of his former self, and it’s been amazing. Rather: it’s been bringing out the human side that was always there but never focused on. Priest has turned Slade – someone who could have easily been a very one-dimensional character – into one of the most complex and interesting anti-heroes I’ve ever read, and this issue feels like the culmination of everything he has written thus far. Twilight has been one of the most solid Rebirth arcs so far (and I feel like I say that about every arc for the series I review) but honestly, I am just loving everything DC is putting out right now, and Deathstroke is very much at the forefront of that.

Priest and his team delivered an issue that made me sit back afterwards and smile. It was almost flawless in its execution, bringing together plot threads that have been woven into the series since the beginning. This issue has to be my favorite of the entire Deathstroke run thus far, and I am excited to see how it all comes to a head next issue!