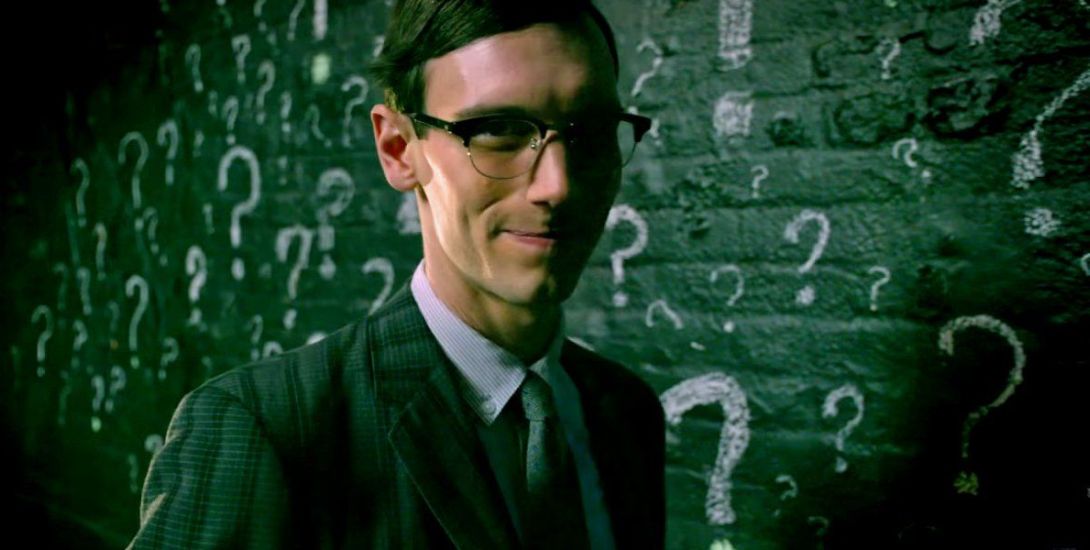 Gotham returns for its Spring premiere, and a major focus in season 3 is Edward Nygma’s descent into Batman’s rogue gallery as the Riddler. In addition to Gotham’s return, we will be seeing several characters develop their succession onto their iconic roles.

Nygma will be making alliances and new friends, such as Barbara Kean. He will be showing that Barbara does not have Tabitha’s best interest at heart, who is still livid about having her hand decapitated by Nygma. DC Entertainment, and the cast of Gotham, teases us with a glimpse into what to expect in Season 3.

What I love about this series are the complexes created in between the villains. Often, traditional narratives of Batman, we see the Caped Crusader take on his villains one on one. However, Gotham gives us a unique insight into understanding the villains. We are made to feel compassion and sorrow for these obviously “bad” characters, their morality starts off as gray. There is no black and white anymore, and each villain and hero rise from something.

In Toronto Comic Con’s panel, David Mazouz, who portrays the young Bruce speaks on this:

“Bruce is tempted by the dark side again and again and again. It’s not going to stop. Actually in a very, very clear obvious way at the end of season three.”

We will be seeing him face harsher challenges, beaten emotionally and physically.

This applies to the villains. We see how people turn out when their spirits are broken. A handful of these villains could have easily been the “good guys.”

Thus far, Nygman has killed the mayor, and lost his best friend/mentor; he has to make the decision, will he continue on this dark path? Obviously, he will be, but we’ll see him struggle with his choices.

It seems that Penguin and Nygma will have more interactions as well, Danny Canon says:

“Nygma and Cobblepot, their amazing relationship is so much based upon on their similarities but then they are polar opposites as well, because of their love for each other is almost the love for themselves. When somebody is too close to who you are, you have two choices, do you merge with them or do you try to destroy them? And I’m afraid they cannot inhabit the same universe, they’re like the same self in the same timeline, [and] they will destroy each other, so they have to break apart.”

In Gotham’s premiere insight, it seems like an insane emotional ride for the audience. We have all these beloved, well-known characters trying to go through the journey of figuring out who they are. Camren Bicondova, who plays the young Seline Kyle, mentions the spring premiere will be about her character trying to find herself as well. There is also “Bruce 2.0,” which challenge’s Bruce’s character.

I feel the main theme of season 3 will be “identity.” This is a magnificent way to continue Gotham’s narrative because we’ve seen nothing like this before. A major theme in Batman is “identity,” is Batman Bruce Wayne or is Bruce Wayne Batman? We are going to see the other characters of this iconic hero battle through the question as well. This is perfect and relatable to many because I feel in our current times, identity crisis is one of the largest issues people are facing.

Season 3 resumes on April 24th, and the crowd continue to cheer this brilliant series on! Can’t wait to see all these characters collide.