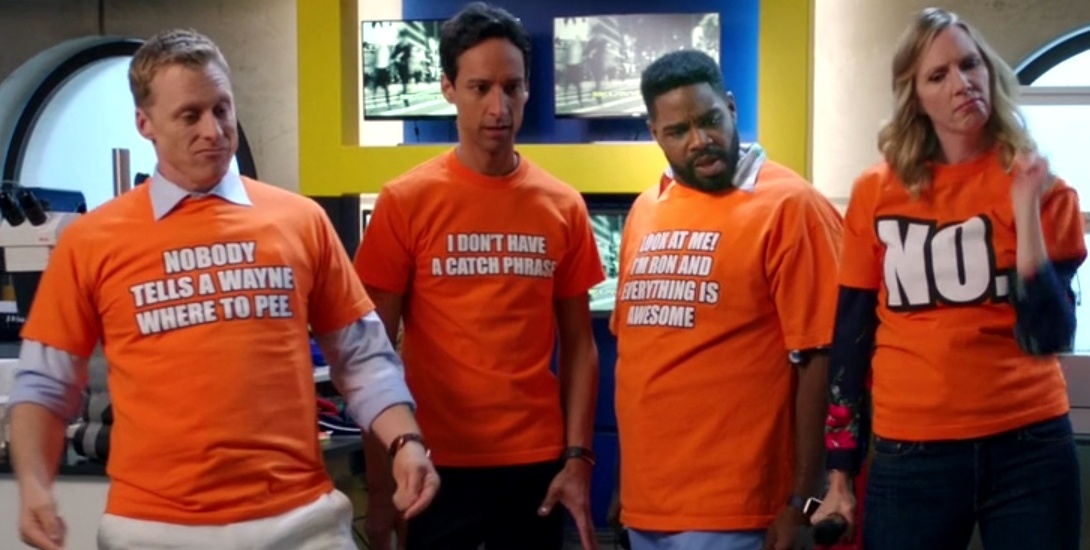 Episode 7 of Powerless is a gas. No, really… it is. In every way.

This week sees the evil Doctor Psycho attacking Charm City with a deadly gas. Emily and the gang at Wayne Security are planning a weekend team retreat when terror strikes.

This story has everything! Matching T-shirts, terror, suspense, truth, laughs, party games, Kelly Clarkson, home-made hazmat suits and a fruit danish. The whole team gets stuck in the office with nothing but a positive outlook, a karaoke machine and a bowl of fruit punch. The alcohol reduces inhibitions and home truths start to rear their ugly heads, with hilarious and sinister results.

As usual the cast performances are stellar. I could gush about Alan Tudyk ad-infinitum, but the rest of the team is great too. In episode 6 we saw the gang begin to really come together. One of the inventors – Wendy – played by Jennie Pierson, seems to have a crush on Van Wayne, which is further highlighted this week. Her reason for wanting Van as a desert island companion goes from cute to terrifying in under 10 seconds. 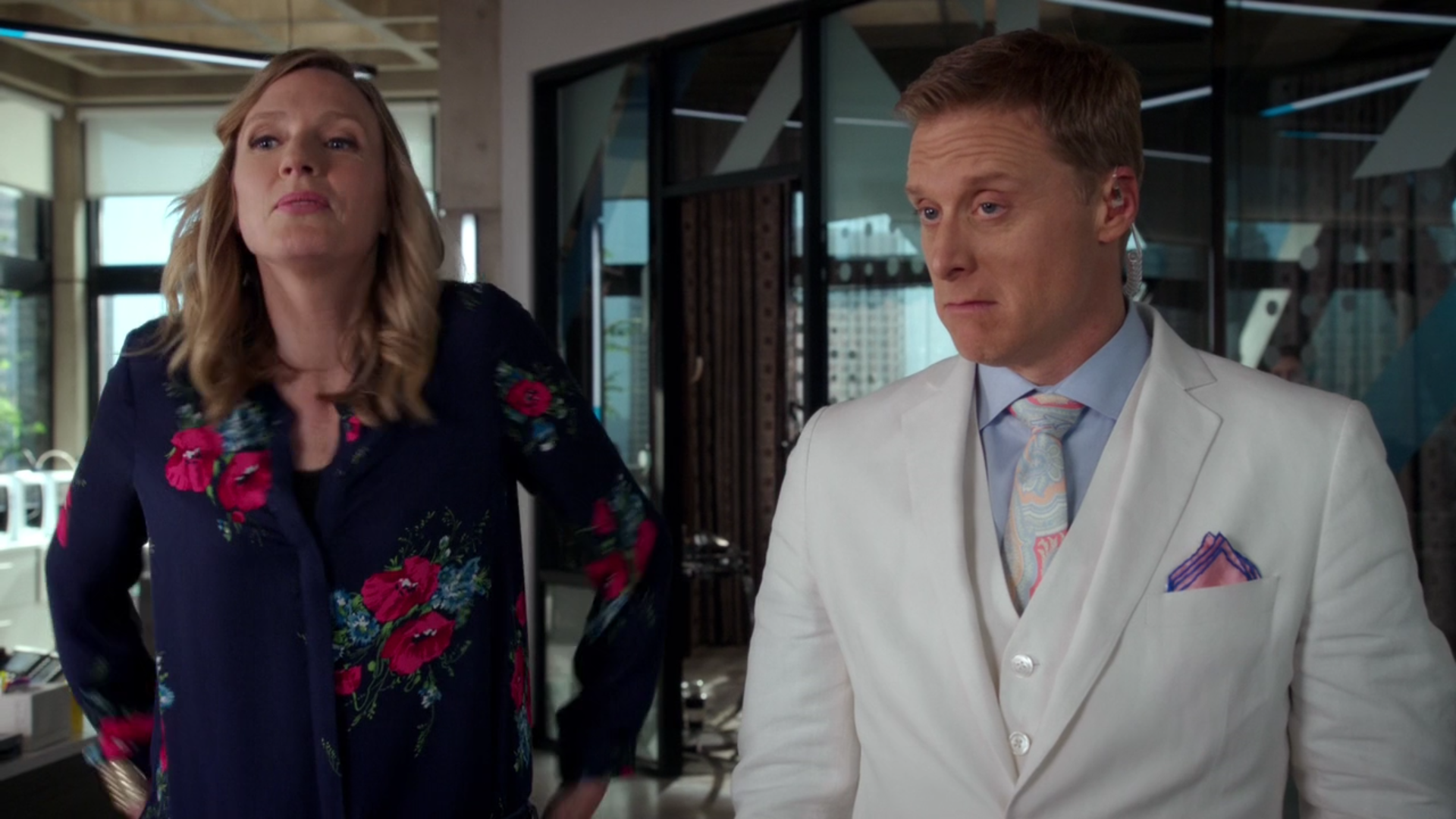 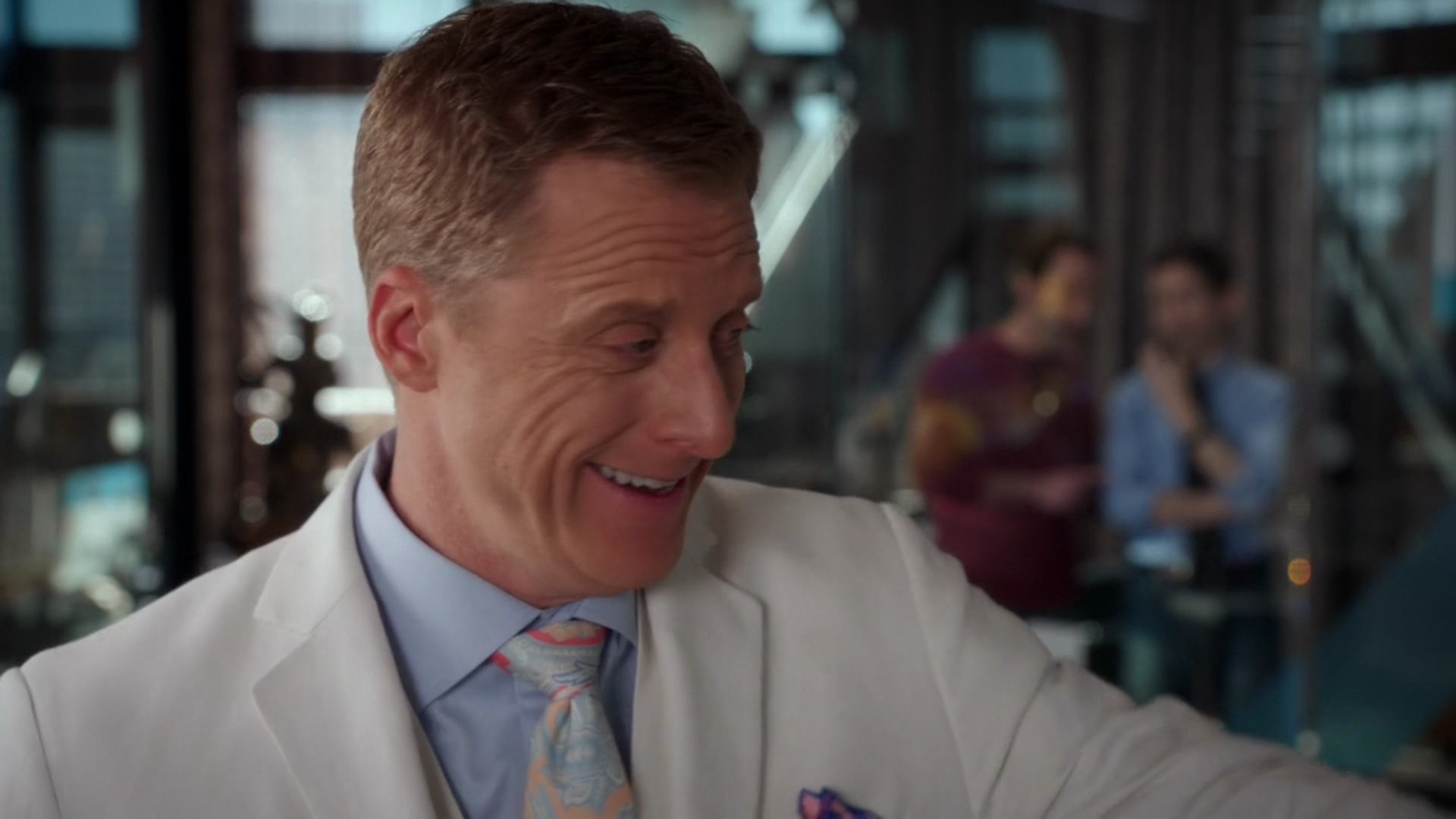 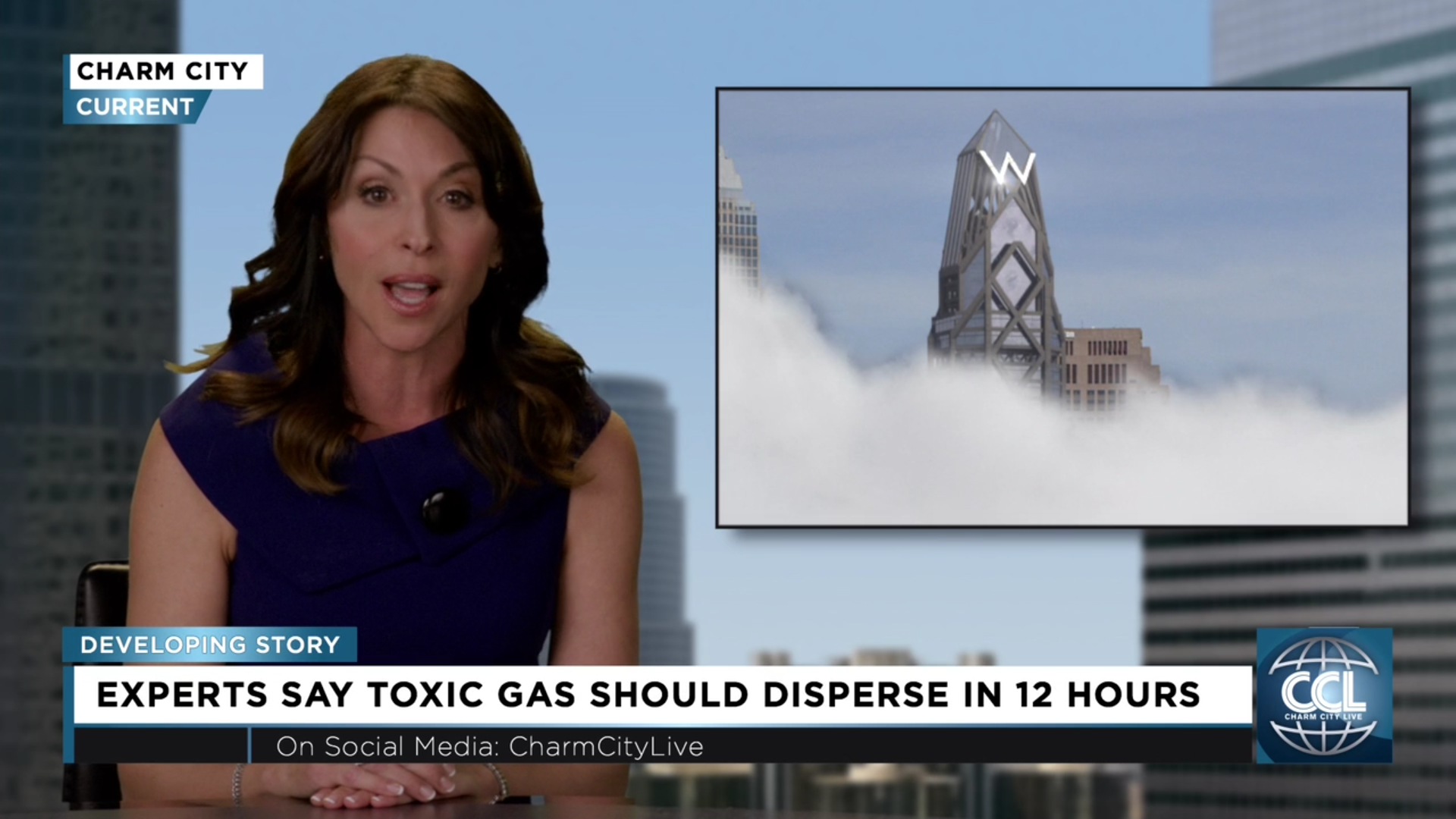 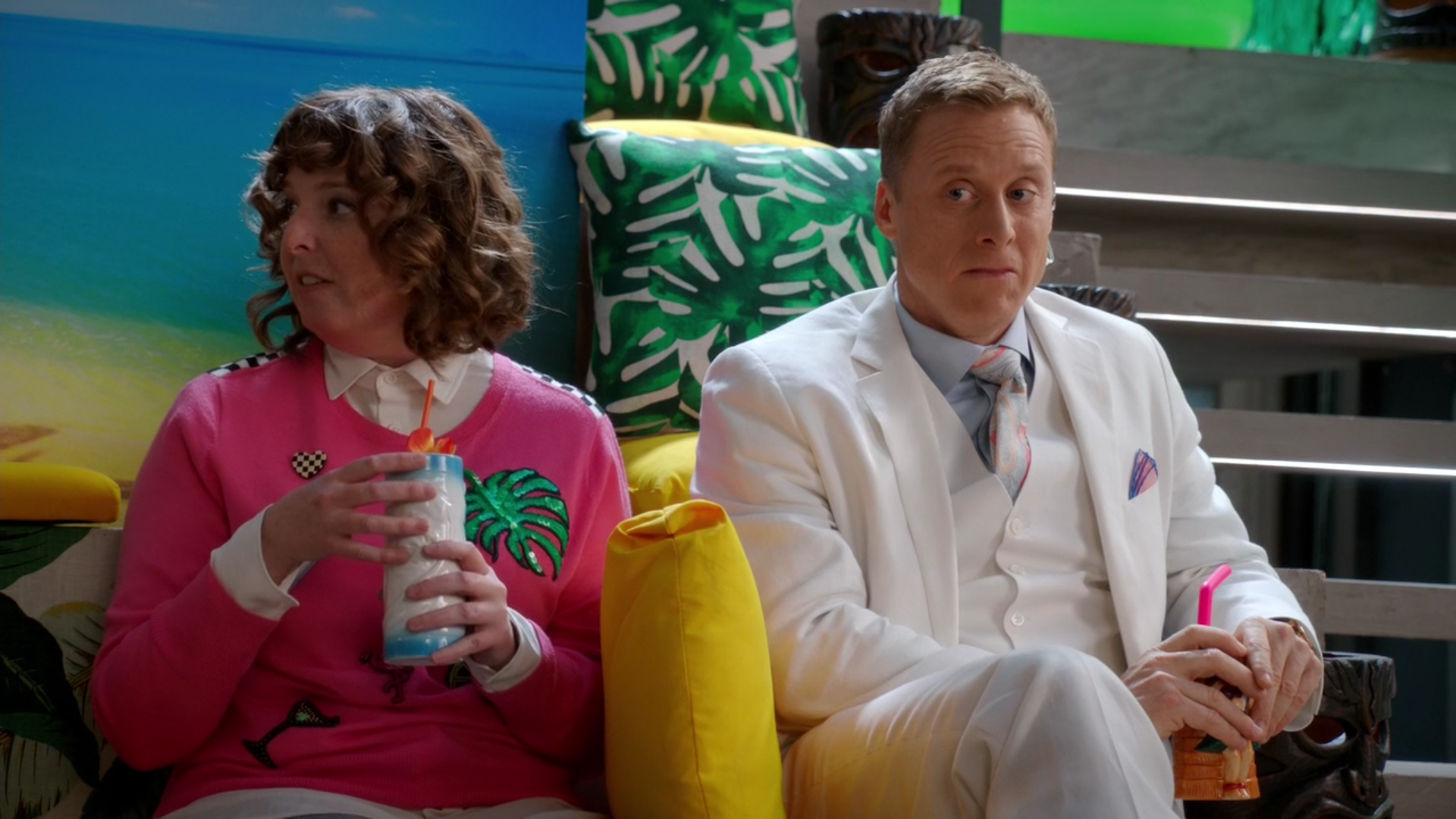 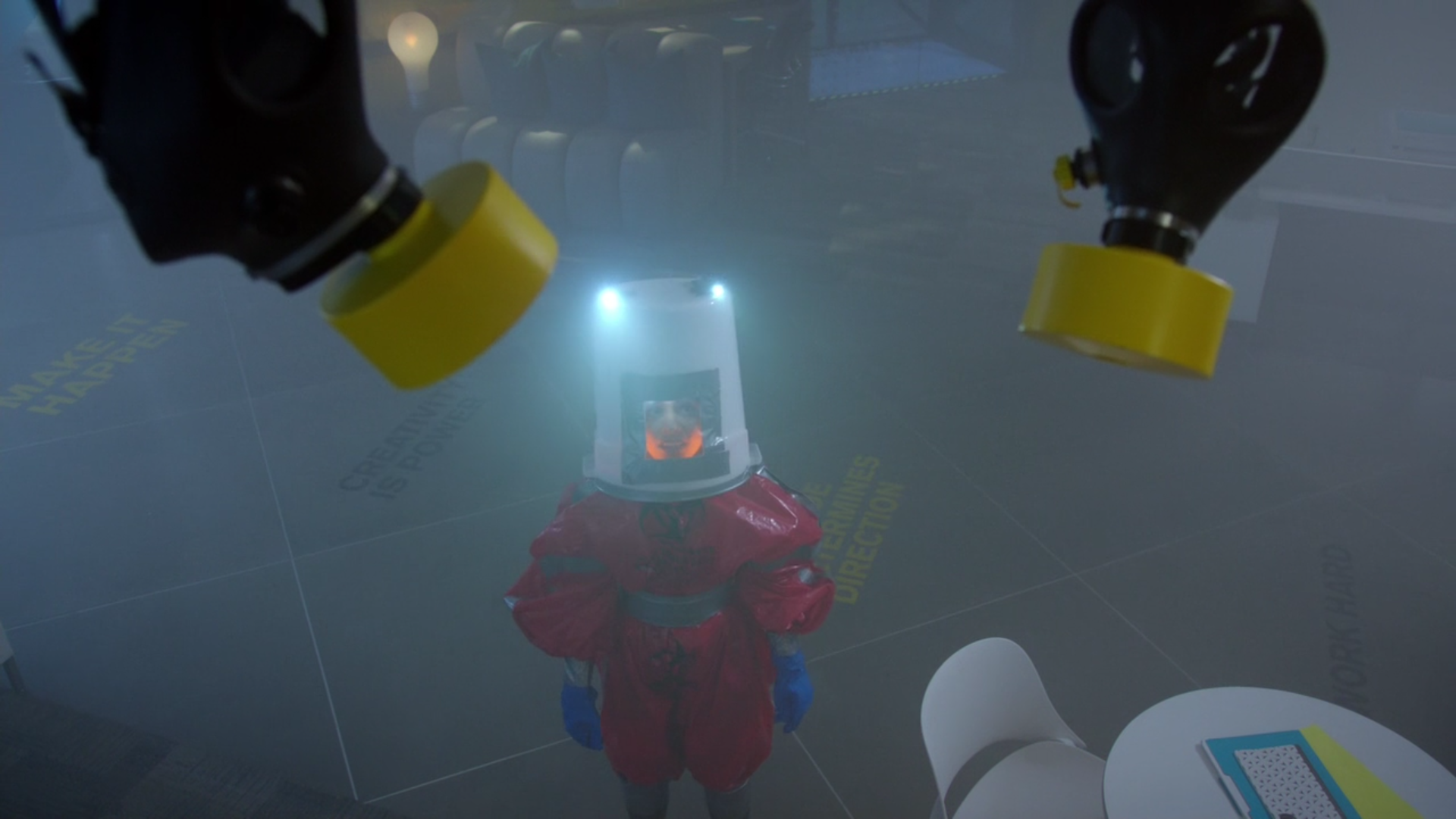 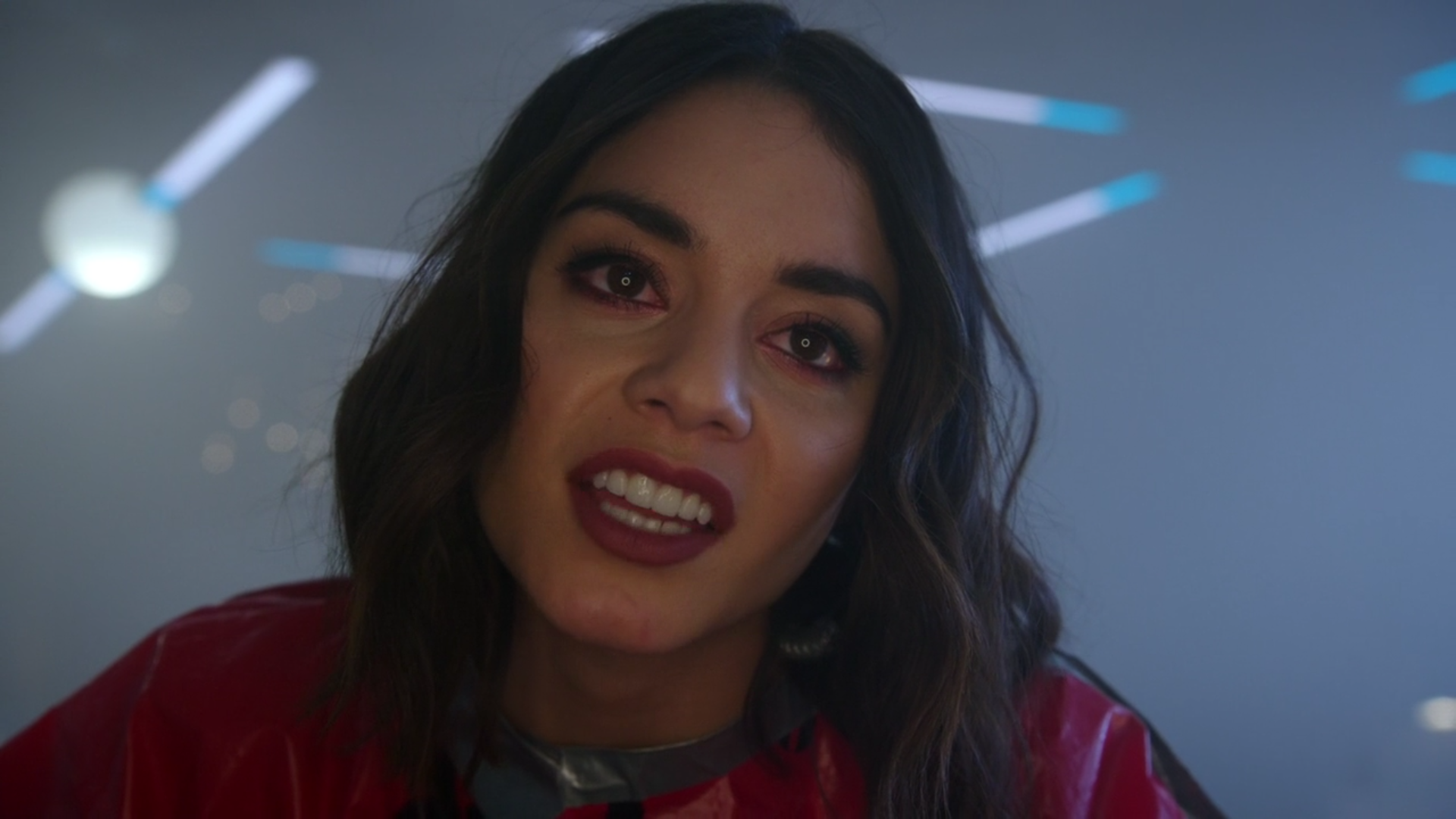 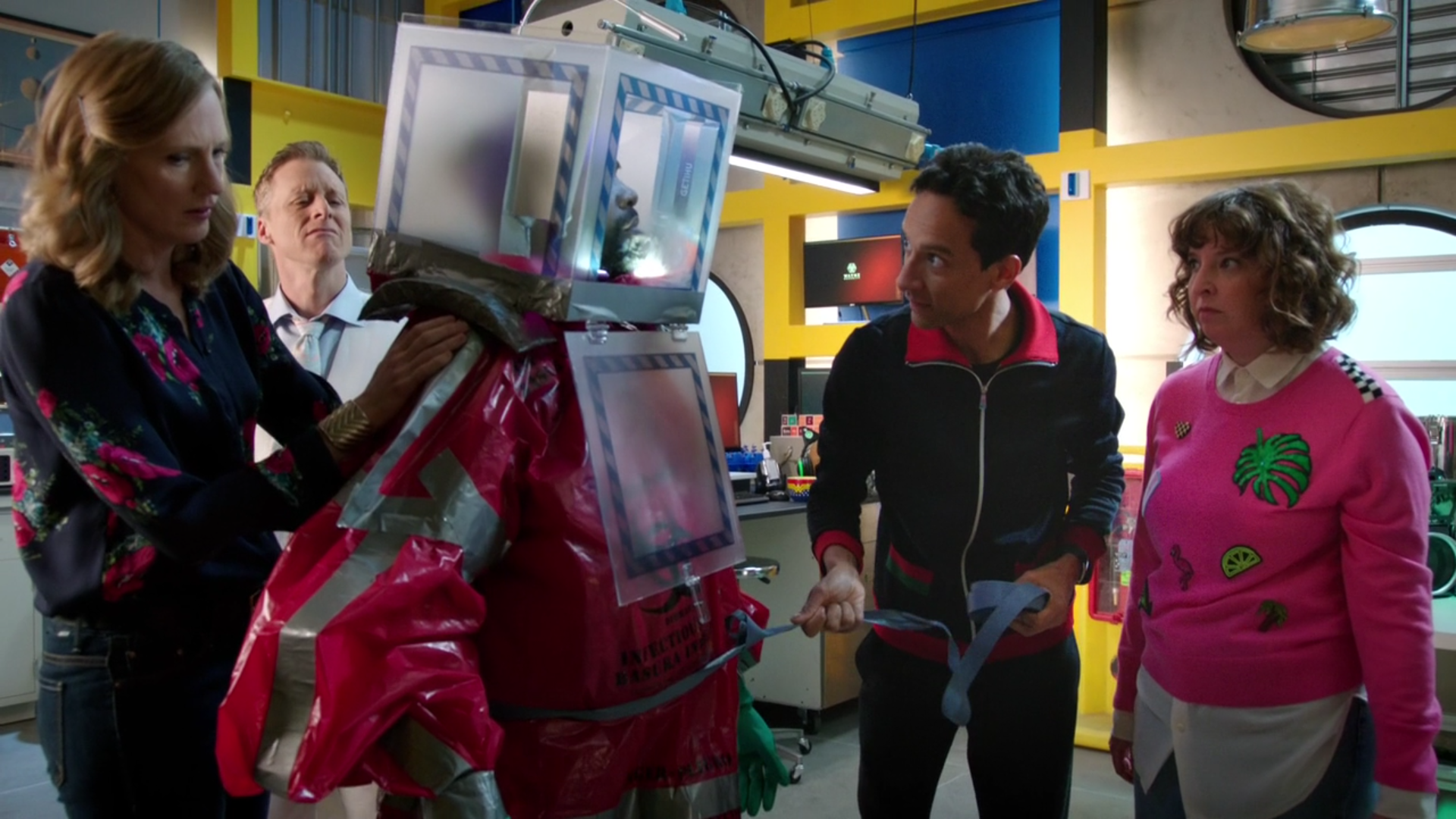 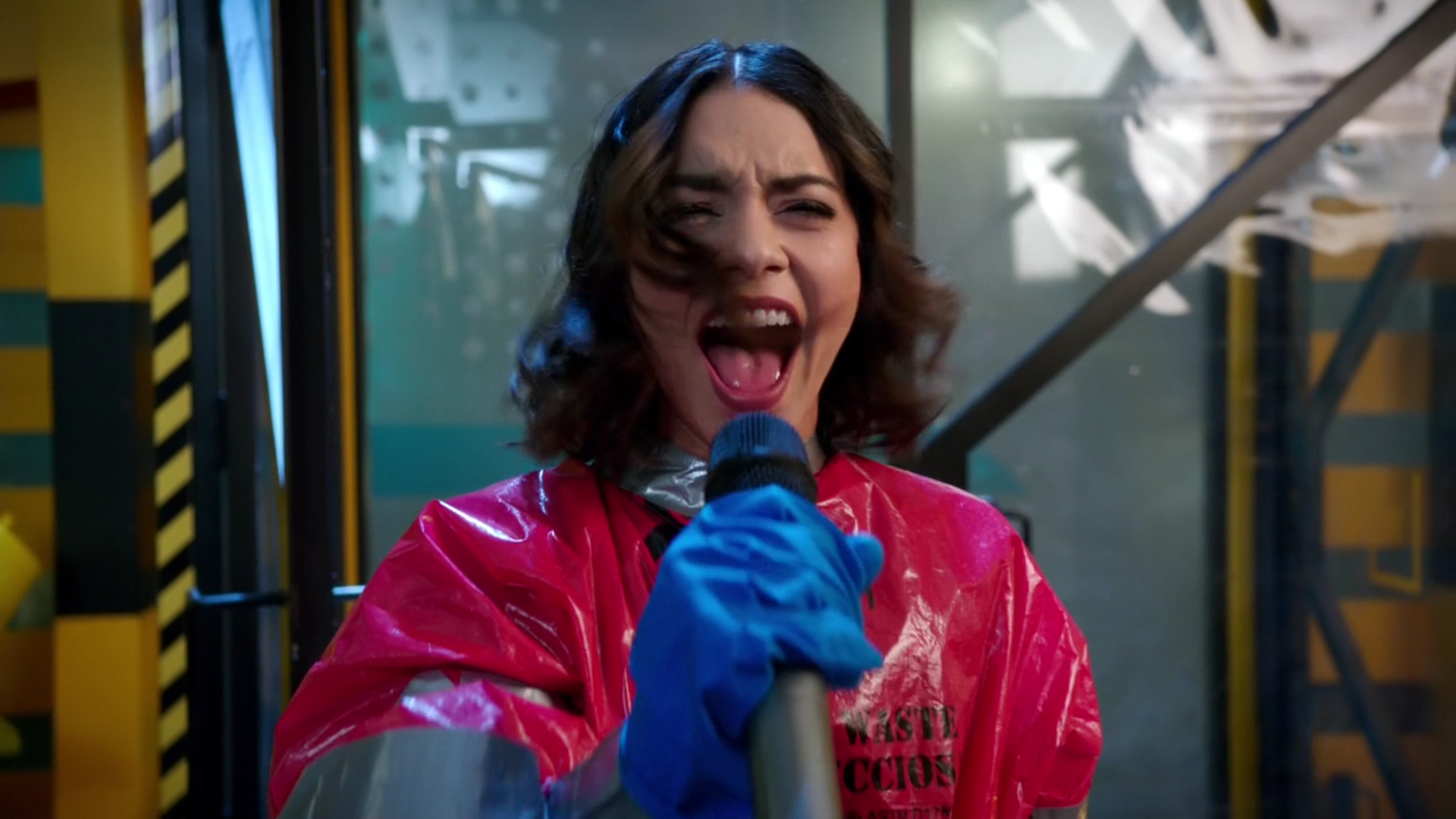 While under emergency lock-down Emily is infected by Doctor Psycho’s gas. If the booze brought out honesty, then the gas released the ugly truth. Emily’s always chirpy attitude is stripped away and all her inner frustrations come to the fore.

The beauty of this show is its all too real characters and the unreal situations that they frequently find themselves in. How many times have we really wanted to lay some home truths on friends, family members or work colleagues, but ultimately not been able to? How liberating has it been on the rare occasions that we have?

Emily’s outburst under the influence of the killer truth-gas at first shocks her colleagues, but ultimately brings the whole gang closer. This episode has laughs and a great feel-good factor to boot.

I have always been a sucker for laughs with heart and can really identify with this episode. Ambiguity and lies are killers and the truth shall set you free. This episodes gets a good honest: 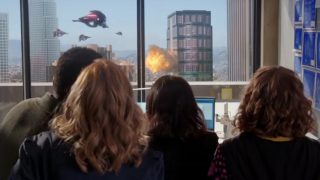 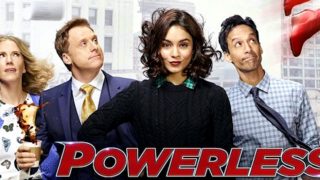