This is a strong issue, even though there’s a lot going on in it. The character stuff is great, but there’s just not a whole lot of connective tissue. Alysia winds up on Babs’ doorstep with serious relationship problems, and this is a dramatic highlight. But it also has nothing to do with the rest of the issue and is never revisited in order to effectively make it a subplot.

But that doesn’t take anything away from that scene on its own. It’s effective. Alysia’s role in the book and in Barbara’s life has been downplayed recently. She’s got a life, a healthy and stable relationship. I like that we get to see that her life isn’t perfect. That her relationship has hit a bit of a rocky patch. I think it’s important with a character like this to show the struggles as well as the highlights. All it does is make her feel more grounded and more realistic, overall. 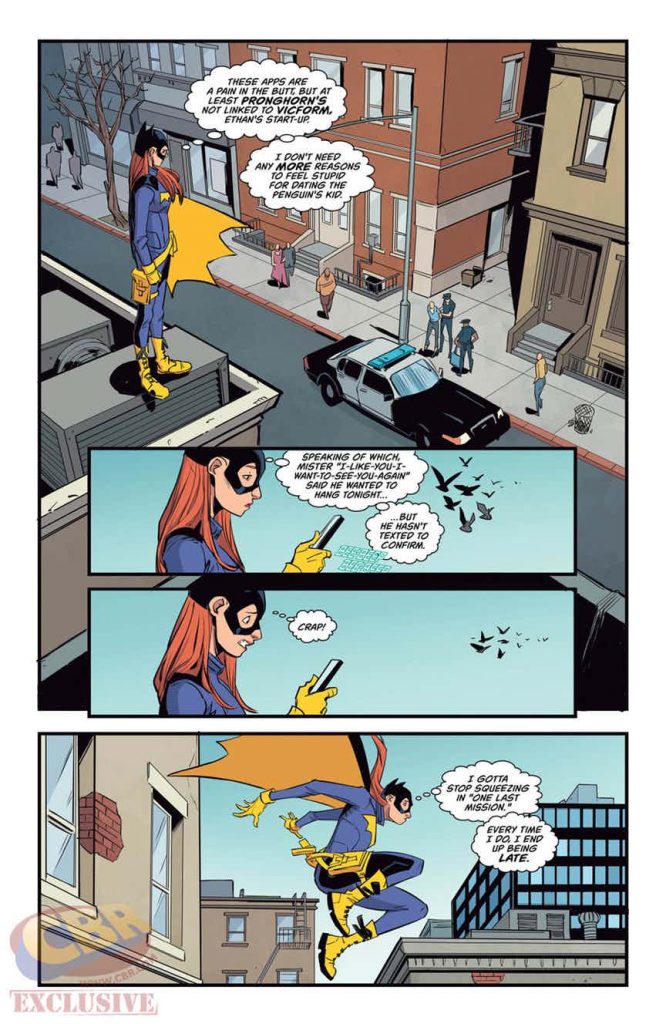 There’s quite a bit of Batgirl action in this issue, even if there’s not a lot of Batgirl action. She’s in the costume quite a bit, but does very little fighting. It doesn’t matter, though, because it’s always nice to see this investigative side of Batgirl. While Batman might be the world’s greatest detective, he trained himself for that, and those skills come a little more naturally to Batgirl.

My favorite part of the issue, weirdly enough, is a brief single-panel moment where Barbara is trying to study and imagines many of the major players in her life standing over her shoulder. Alysia and Ethan are unsurprising, as they’re major players in the issue, but then there’s Dick telling her to just suit up and get away from it all for awhile.

It’s great to think that he’s the one who Barbara thinks of when she thinks about needing to suit up and prowl the rooftops to blow off some steam. 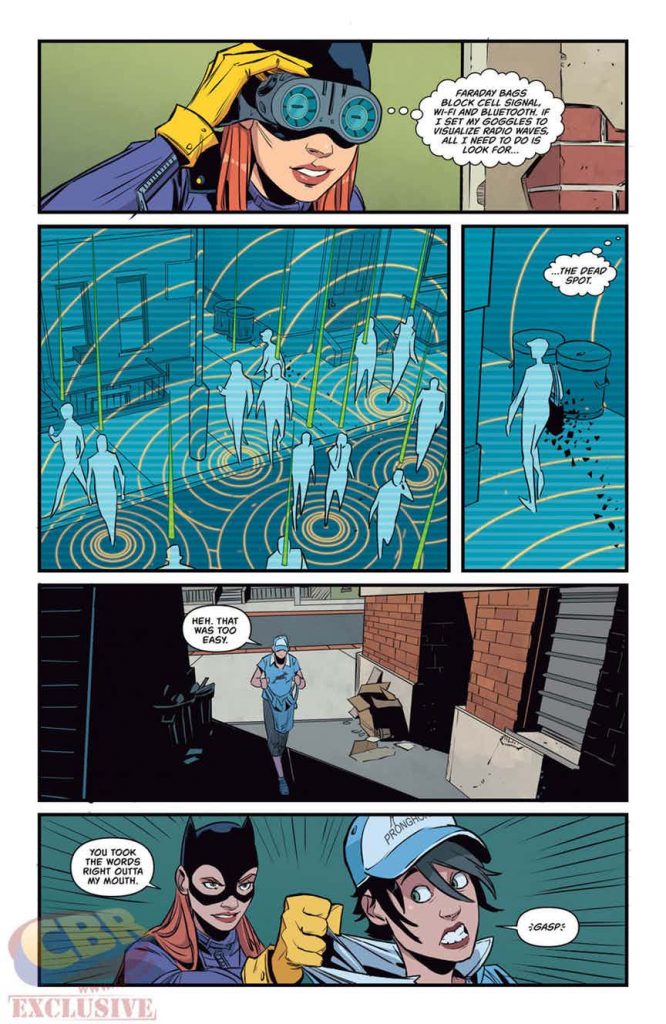 Chris Wildgoose’s art continues to evoke characterization exceptionally well. He nails the emotion and reactions, handling action with ease, but excelling at conversation. That’s high praise, because dialogue sequences can be much tougher than action and is an area in which even the greatest artists tend to fall short. Wildgoose handles these scenes with ease.

The one big issue I have with this issue, and it’s a spoiler, is that the cover promises an encounter between Batgirl and the Penguin. And that’s something we don’t even get until the last page. I don’t understand the point of that at all. What’s the point of putting the very last scene on the cover? If it was meant to be a surprise, and it feels like it was, then it’s completely ruined.