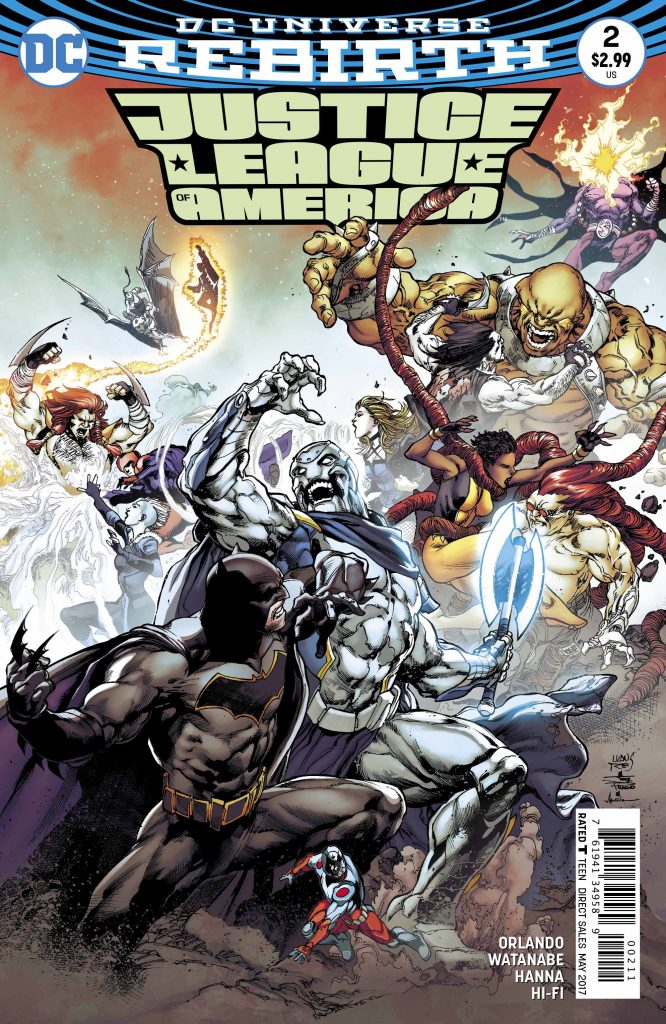 In Justice League of America #2, Steve Orlando brings Lord Havok and the Extremists front and center.

In Saratoga, Batman must negotiate with Lord Havok for the life of the Atom, Ryan Cho. Batman prolongs the conversation in an effort to give his comrades a chance to escape. Havok accepts the exchange of Ryan’s life for Batman’s service. As a result, Dr. Diehard sees this as weakness and attacks Lord Havok, claiming leadership of the Extremists. Lord Havok recovers, and violently reclaims his role. The Extremists flee, transported away from Saratoga and arrive in Eastern Europe.

Justice League of America #2 gives readers insight into the Extremists. They arrive in Kravikoras, Kravia – a small country in Eastern Europe. Readers learn it was Lord Havok’s place of origin, and that he was their prince and heir. However, young Prince Alexi suffered from hemophilia. As a result, his “weak blood” resulted in the throne passing to his brother. Disowned and left to live on the streets, Alexi made a pact with “the might beyond the mirror,” selling his soul for a transfusion. Thus, Prince Alexi became Lord Havok.

Despite its violent means, the Extremists bring peace to the capital. Kravia quickly claims them as full citizens. Rather than partnering with the Justice League, the people and army of Kravia protect their new countrymen. In the wake of newly won peace, Lord Havok makes claims for his rule and is declared Kravia’s legitimate rule. Additionally, Justice League of America #2 introduces the other Extremists. Gorgon possesses the power to control people’s minds. Dreamslayer displays power and can teleport the entire team. Tracer, as the “attack dog,” lives up to his name. Brute is incredibly strong, and yet soft-spoken. Last but not least, Death Bat rides–you guessed it–a giant bat, and harnesses her anger and rage to empower her. 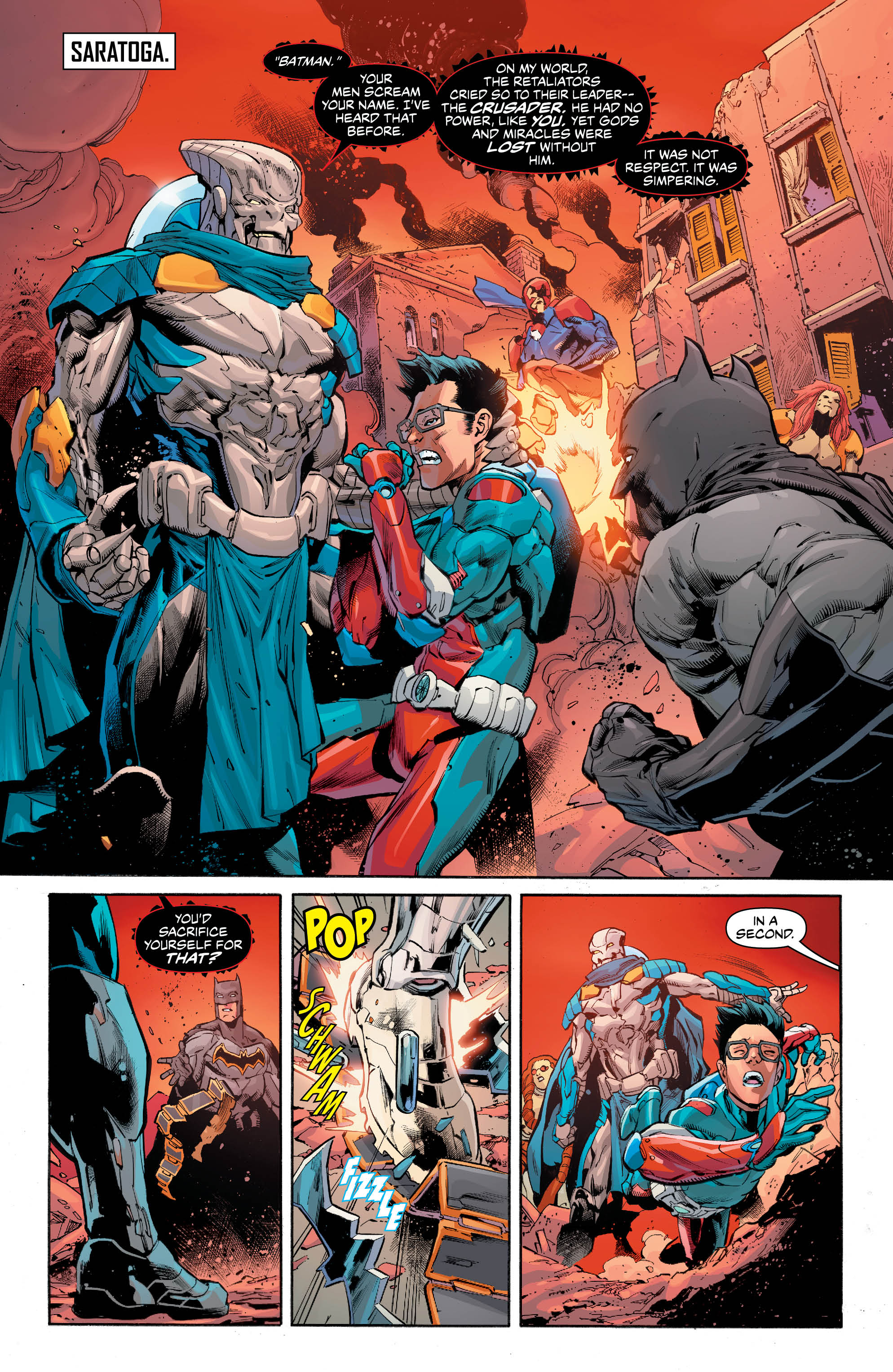 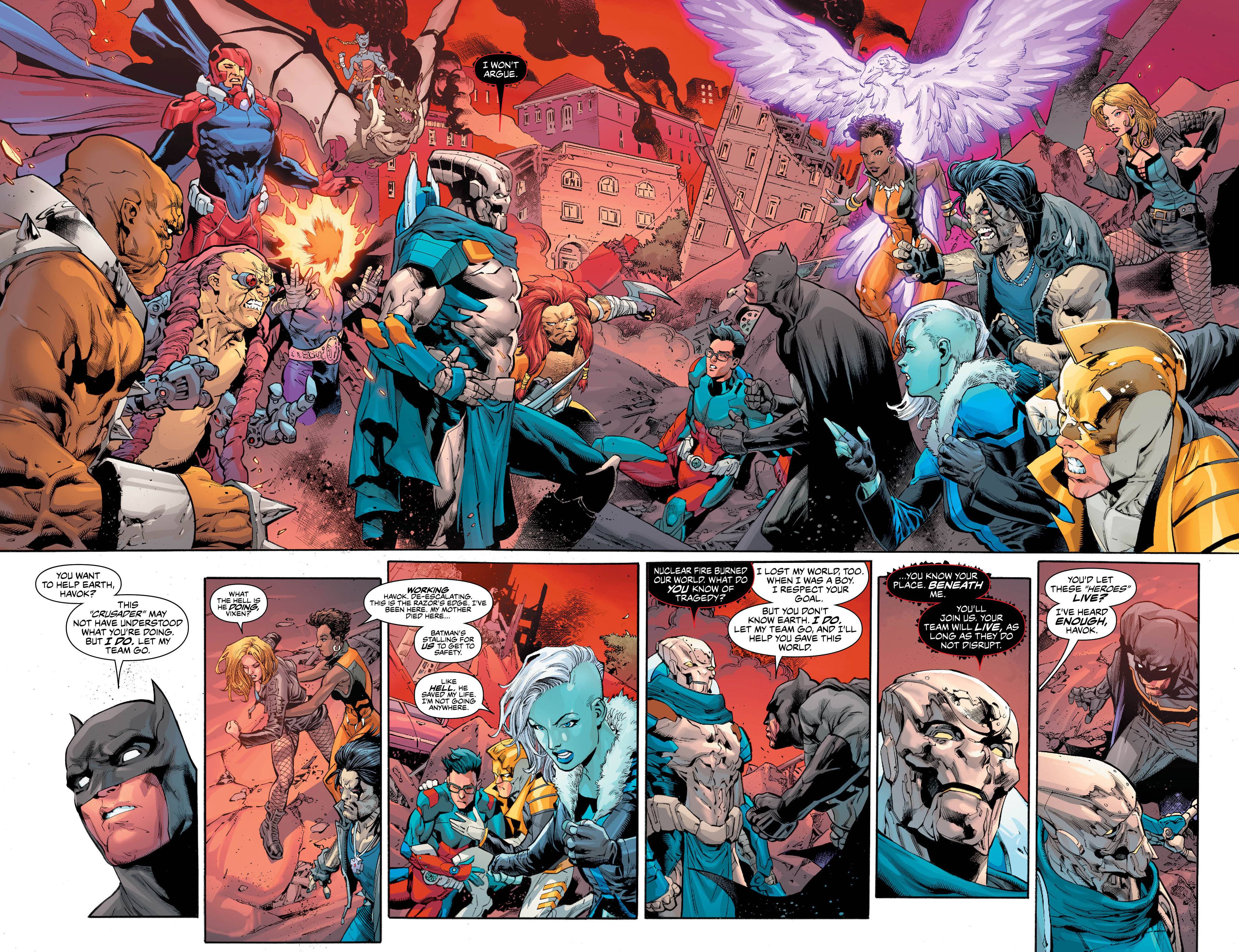 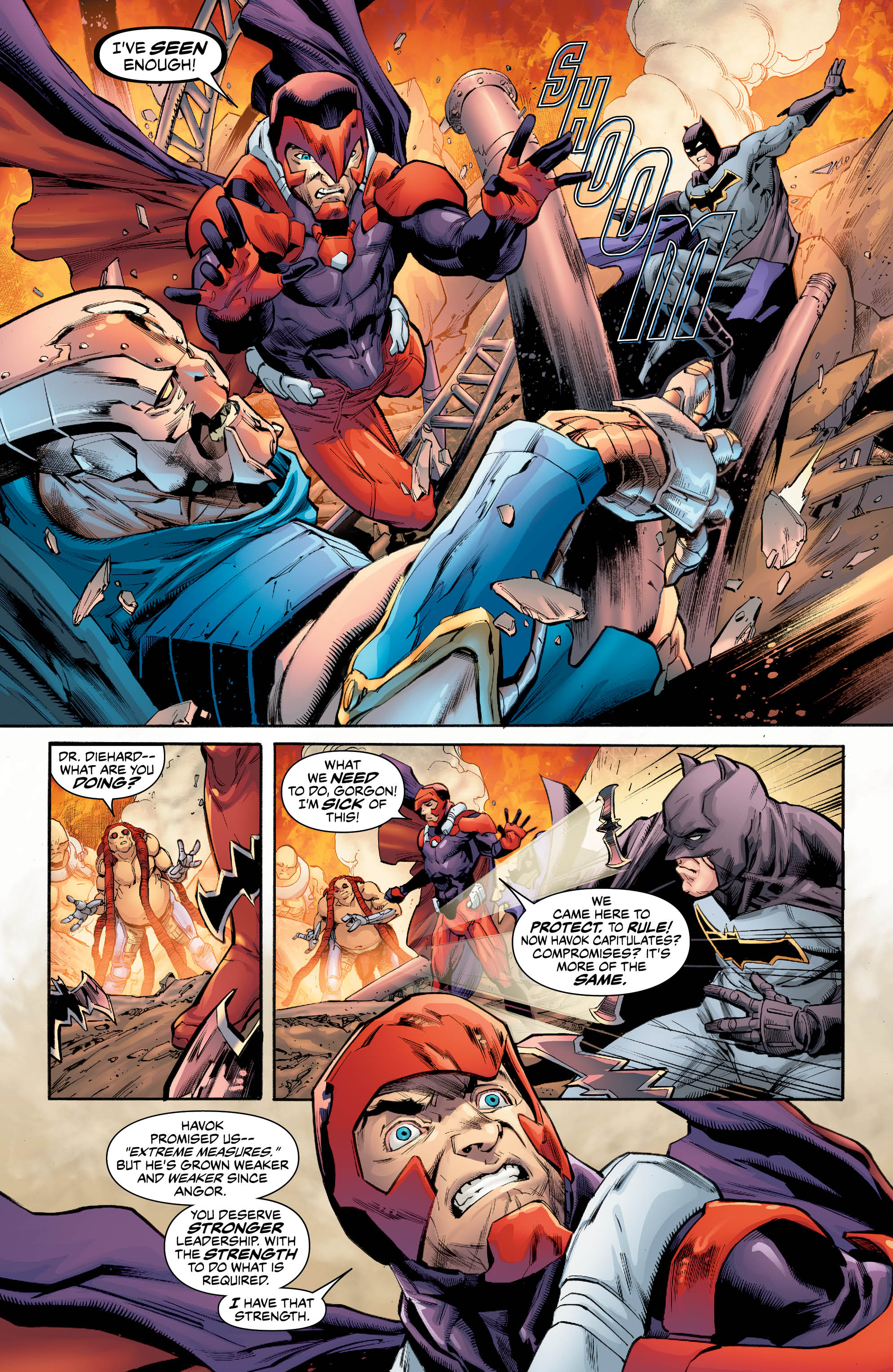 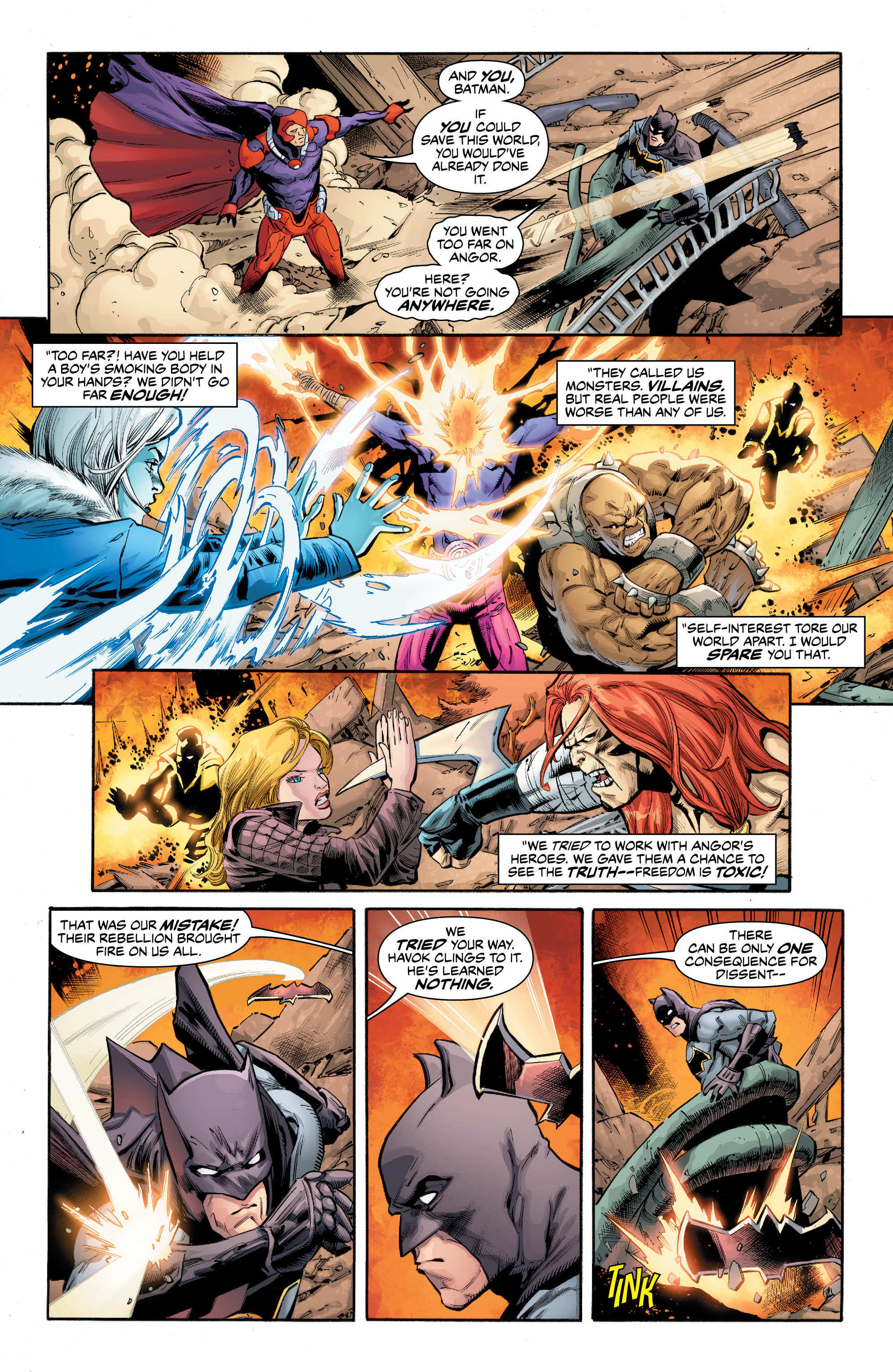 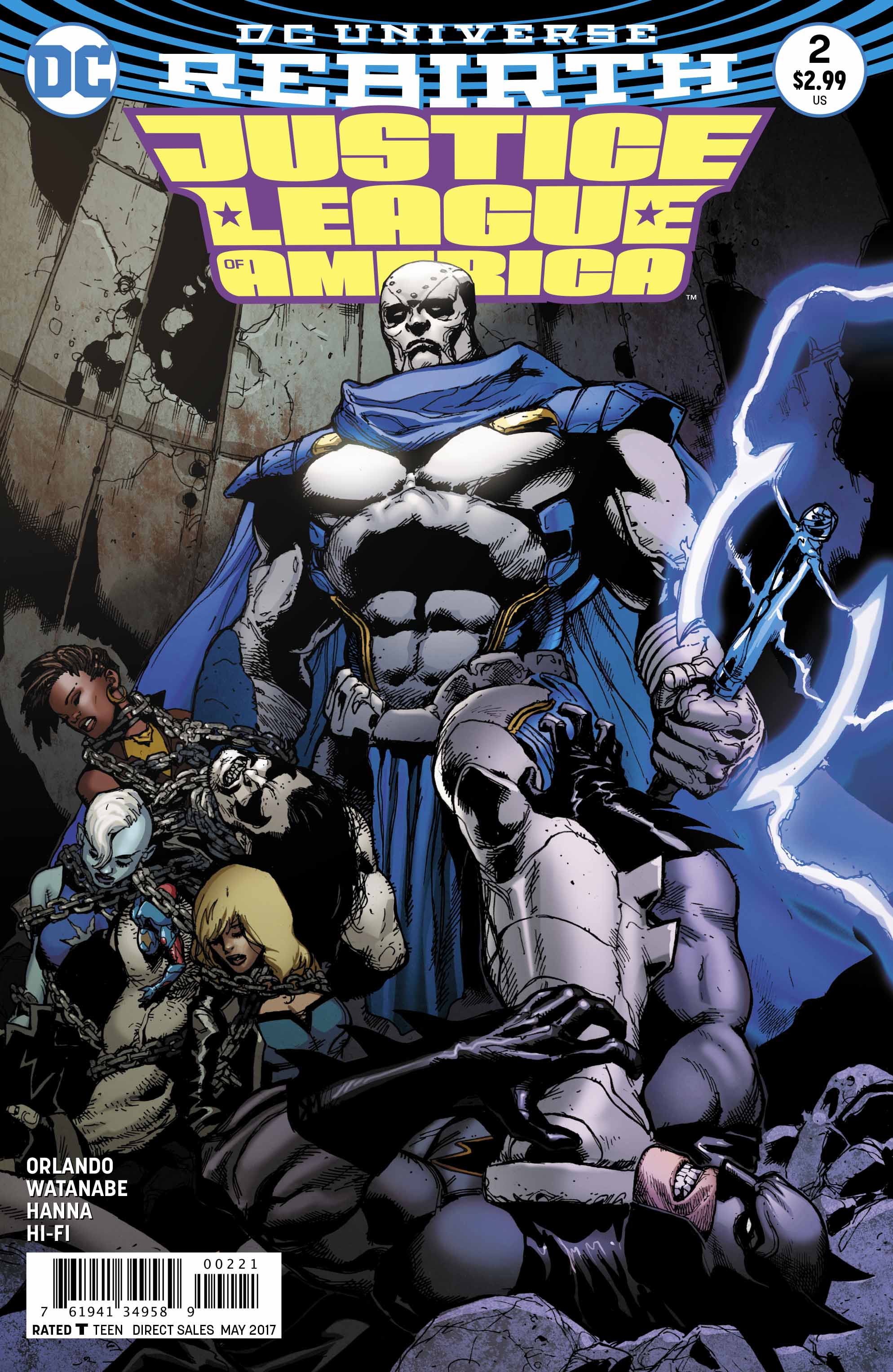 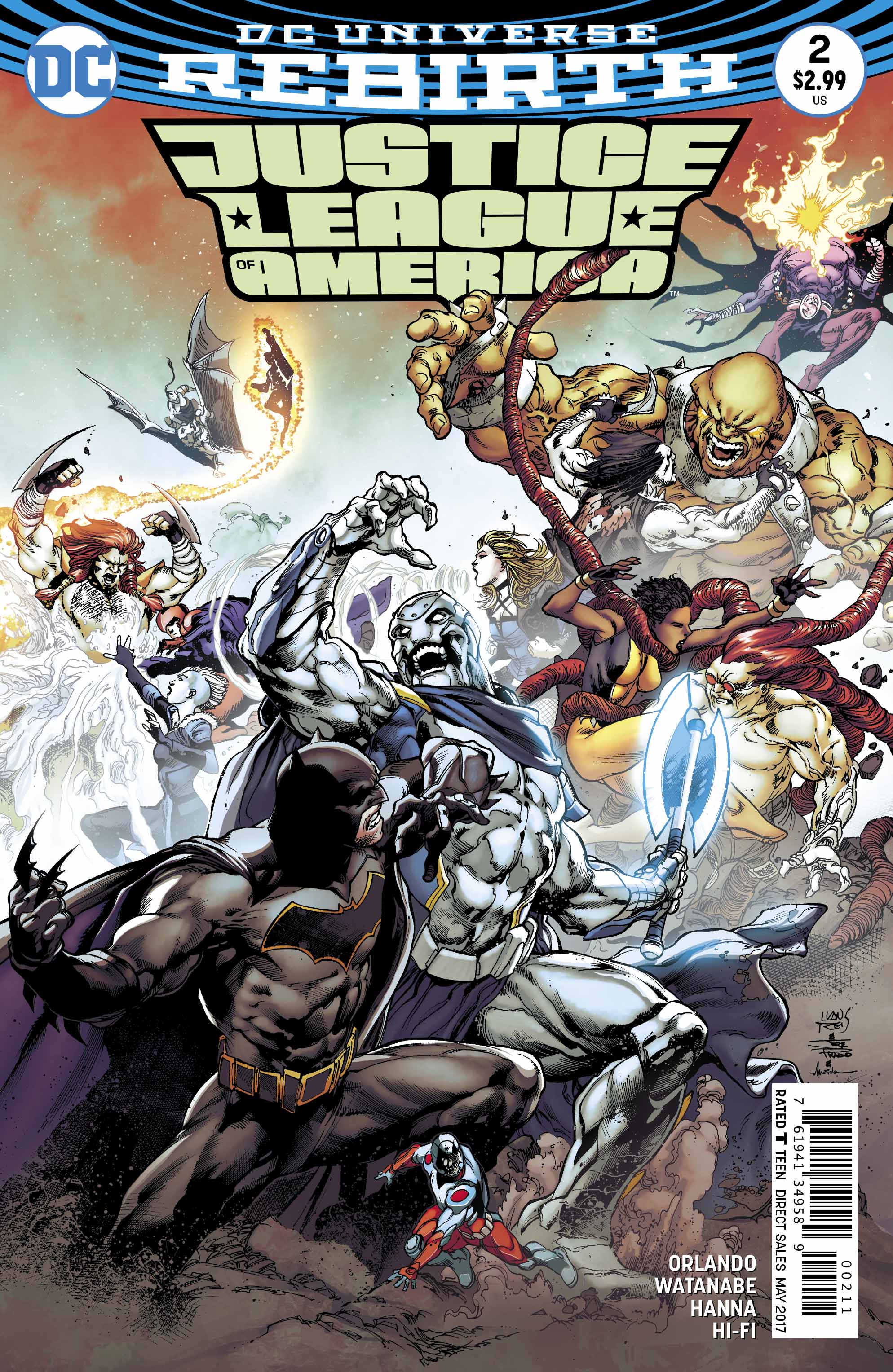 The art of Justice League of America #2 was enjoyable. The action is swift and flows well throughout the panels. The lines are light and clean, allowing contrasts in color to add depth to each page. The settings are exquisite and truly add to the story. They stand out or fade into the background when appropriate.

Not to sound hyper-sensitive, but some of the images depict graphic violence. With characters like Lobo on the good-guys’ side, this is to be expected in the new Justice League of America. While these panels serve to heighten the intensity and urgency of the threat, they also limit the audience of this title to an older demographic.

While gaps still exist, Justice League of America #2 gives readers pieces of the backstory of Lord Havok and the Extremists. The threat level is high and the narrative is gaining significance and depth. Despite a change in artist, the issue is still beautiful. Although some of the panels are a bit too graphic for my taste, the action carries the story. The background of the Extremists is intriguing and leaves readers eager to fill the gaps in their story. However, their immediate, gracious reception by the people of Kravia leaves too much unresolved. It remains to be seen how the Extremists’ story will impact the new Justice League and its ongoing development as an eclectic team in an ever-changing world.