“Burning Down The House,” Part 3 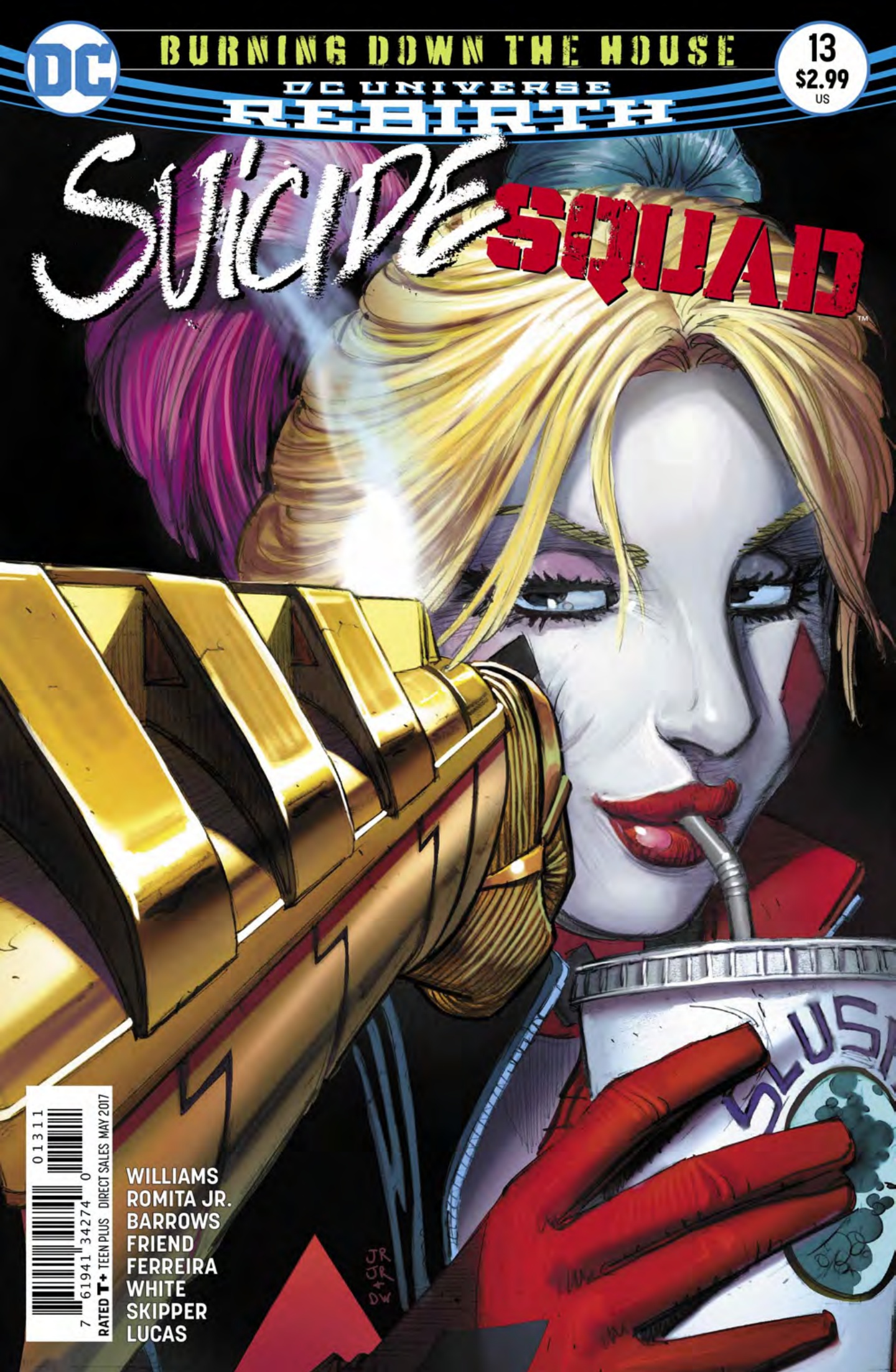 A tale of two halves.

Issue #13 of Suicide Squad is certainly unlucky for some.

After the shocking events of issue 12, Rick Flag and Katana are in the clutches of Rustam. Bruised, bloody and battle weary, but  why are they still alive? Rustam has struck a crippling blow to the team by using one Squad member to murder another, but for what reason?

Harley Quinn, back at HQ, is NOT in a clowning mood! We arrive to her swinging her trusty mallet at her murderous team-mate. The rest of the group is still in shock  at the loss of one of their own. The death of their colleague provokes different, and very real, human responses from the survivors.

Part of the joy of any well written team book is the relationships and interactions between the characters. In a group full of villains, there are actually those who are not upset over the loss, while others are clearly shaken. Rob Williams captures these complex emotions very well.

Harley lashes out, Boomerang finds it all laughable, Hack is distraught, Harcourt is her usual calm and collected self and Croc just wants to smash everything and eat people! 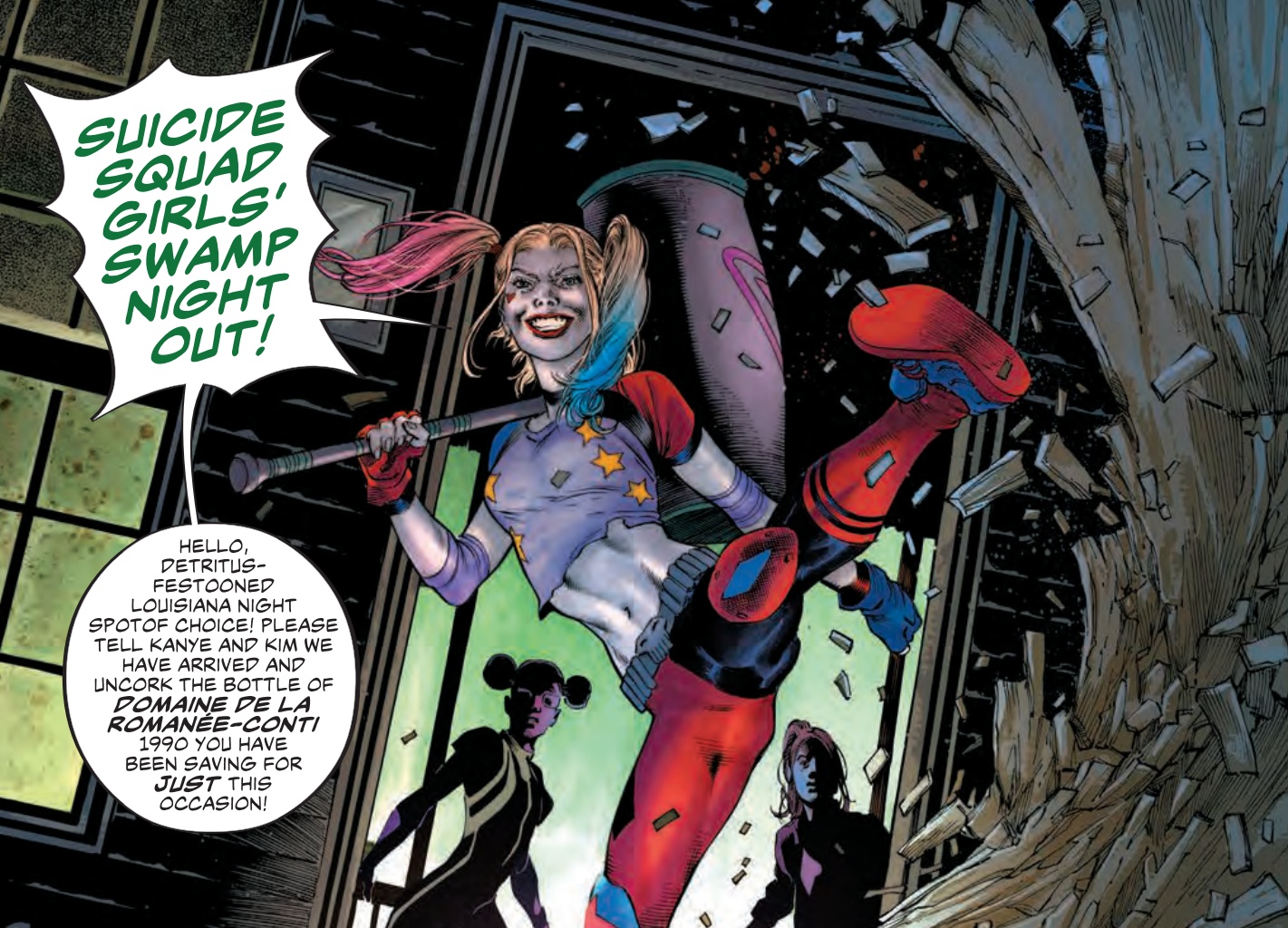 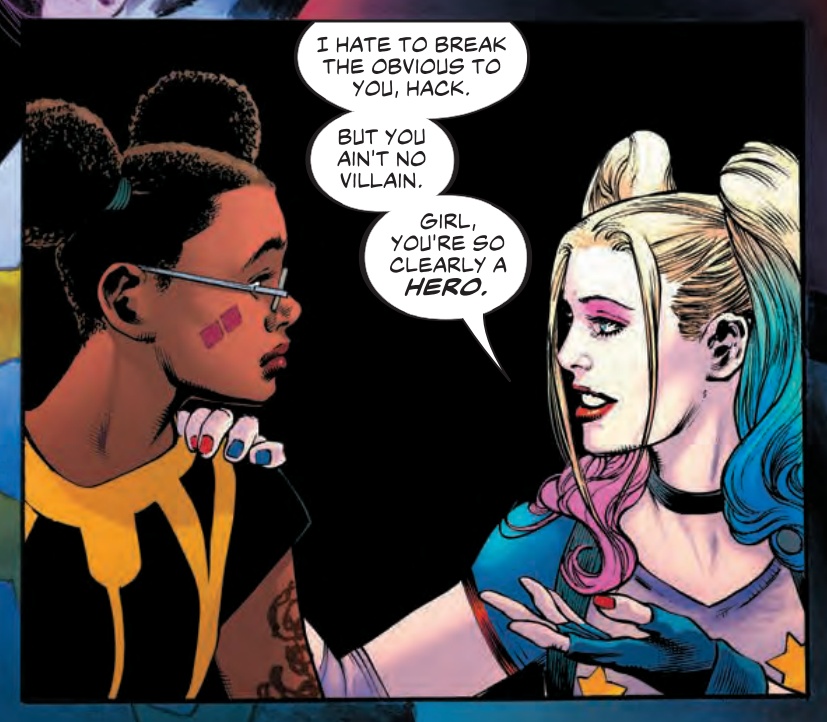 The Squad is dead… Long live the Squad?

It’s lovely seeing John Romita Jr. drawing DC characters. His sketchy, scratchy kinetic art style is an absolute joy. You can feel Rick and Katana’s pain and the rage and emotions felt by Harley and the surviving Squad members.

Rustam’s revelations are as surprising to readers as they are to Rick and Katana. I always knew that the people behind the Squad weren’t the most trustworthy or cute and cuddly of people, but I didn’t know the half of it! It seems that – while the Squad is made up of mostly villains – the true evil may have been the people pulling the strings.

Croc breaks up the fight, but no sooner has he done so when Belle Reve is attacked by Djinn, under orders from Rustam to infiltrate the mainframe. Hack tries to stop him, but not before security is disabled, the files exposed and the Squad’s kill collars are compromised!

Hack gets caught in the data stream and learns where The Annihilation Brigade are hiding, and more besides. She screams for the team to get out. With the collars out of commission, the surviving members split up and go their separate ways.

A second bite of the apple.

I’ve never really been a fan of swapping art teams mid-issue, as I’ve always found the effect quite jarring. I can actually appreciate the reasoning behind it in this instance.

“Burning Down The House” was clearly the end of the Suicide Squad as we know it. “Hero Or Villain” is the start of something new. Eddy Barrow’s art is smoother than the style of John Romita Jr. The pace and flow of the second half of the book is in total contrast to what came before; we go from death and destruction to calm and acceptance.

Part of the allure of Harley Quinn – and her popularity upsurge in recent years – is her complexity. Harley is not a hero, though she’s trying to be. She was never truly evil, just villainous. Harley calls Hack a hero in one of the issue’s most poignant moments.

With the team scattered Hack returns to Belle Reve to confront those responsible, only to stumble into a situation as shocking as the one from the previous issue.

As cliffhangers go, the one at the end of Suicide Squad #13 is a doozy! I really need to see what happens next!

Review: Red Hood and the Outlaws #8