Well, we already know the answer to the first question.  And along with his suit, Batman’s Batmobile is one of his most important tools in fighting crime.  Thanks to the New York Toy Fair this weekend, we now know what Batman’s vehicle of choice will look like in the upcoming Justice League.  Take a look: 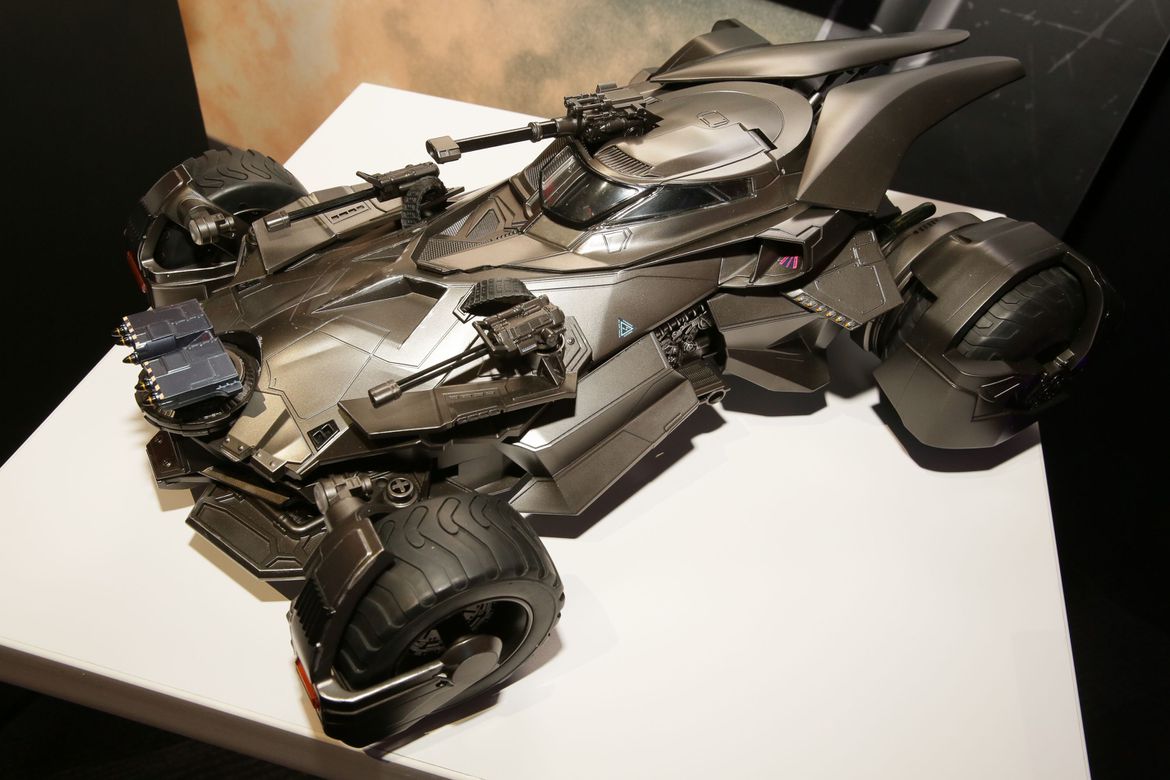 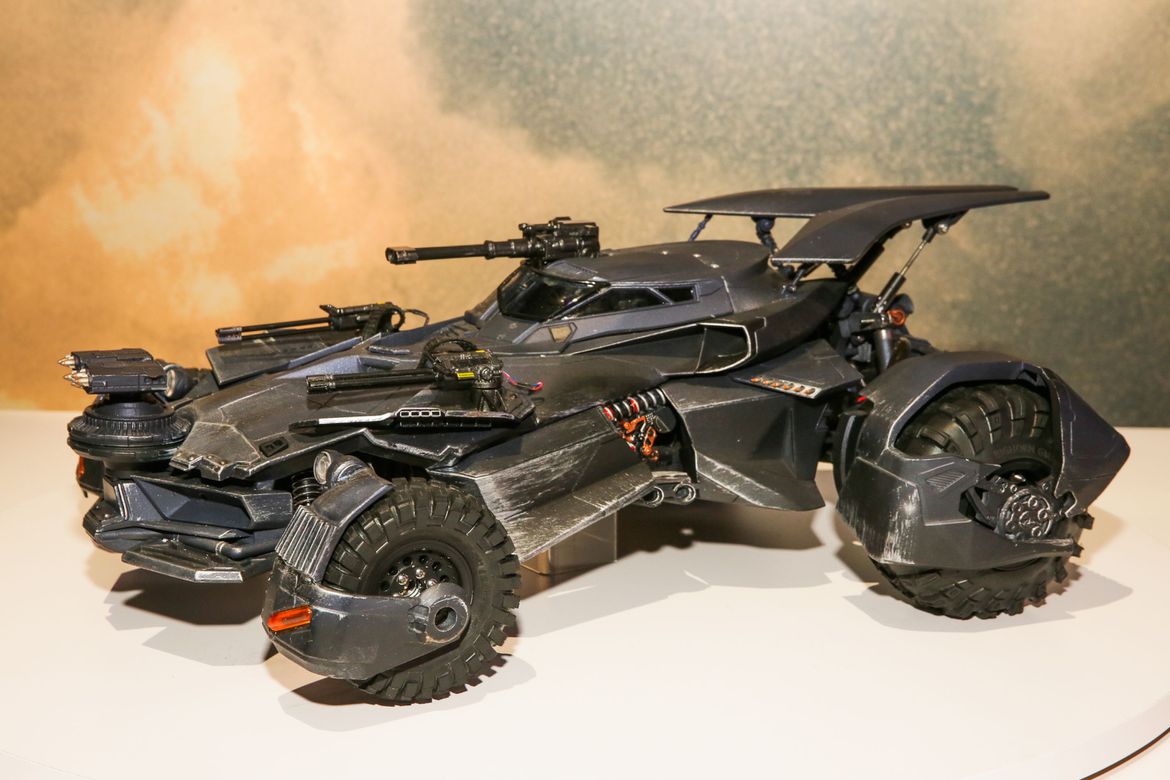 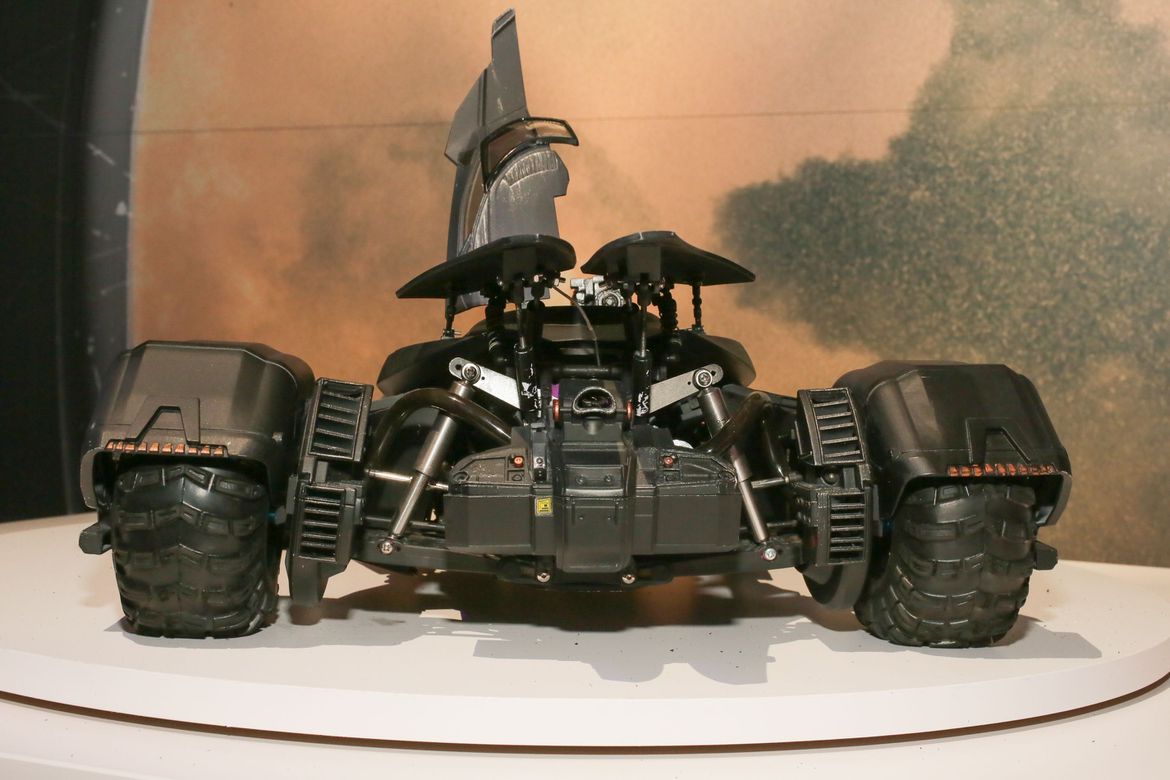 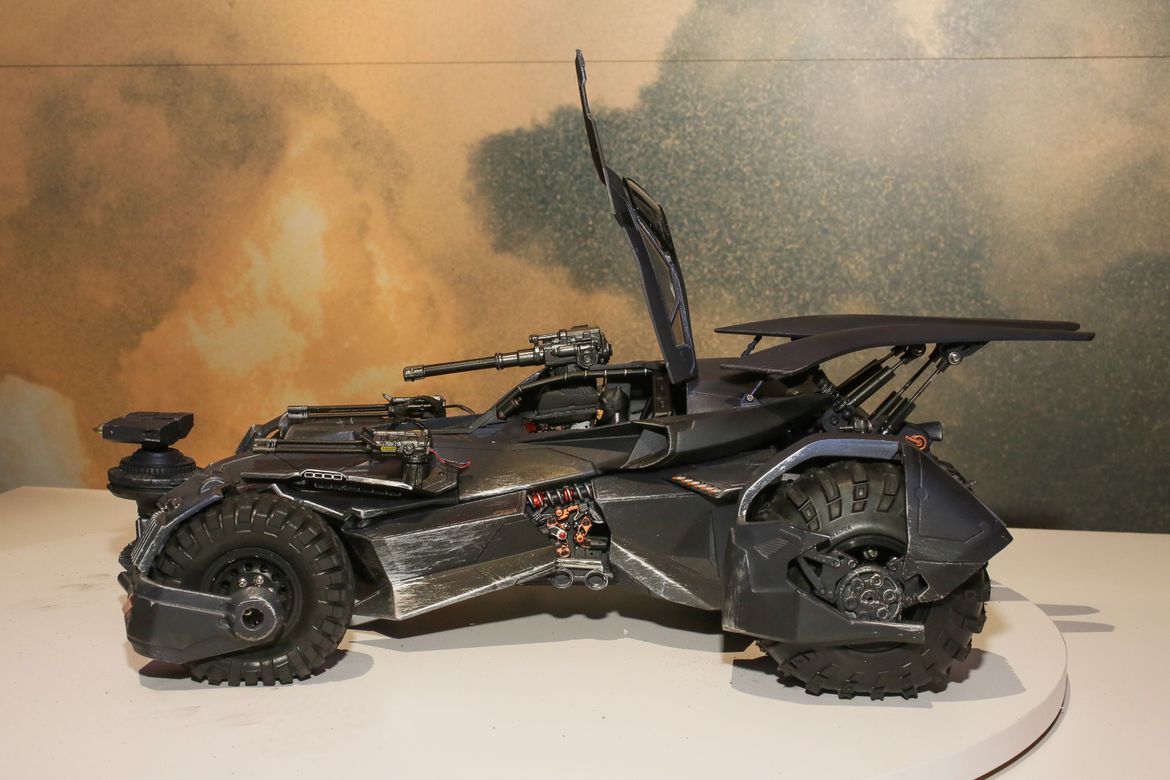 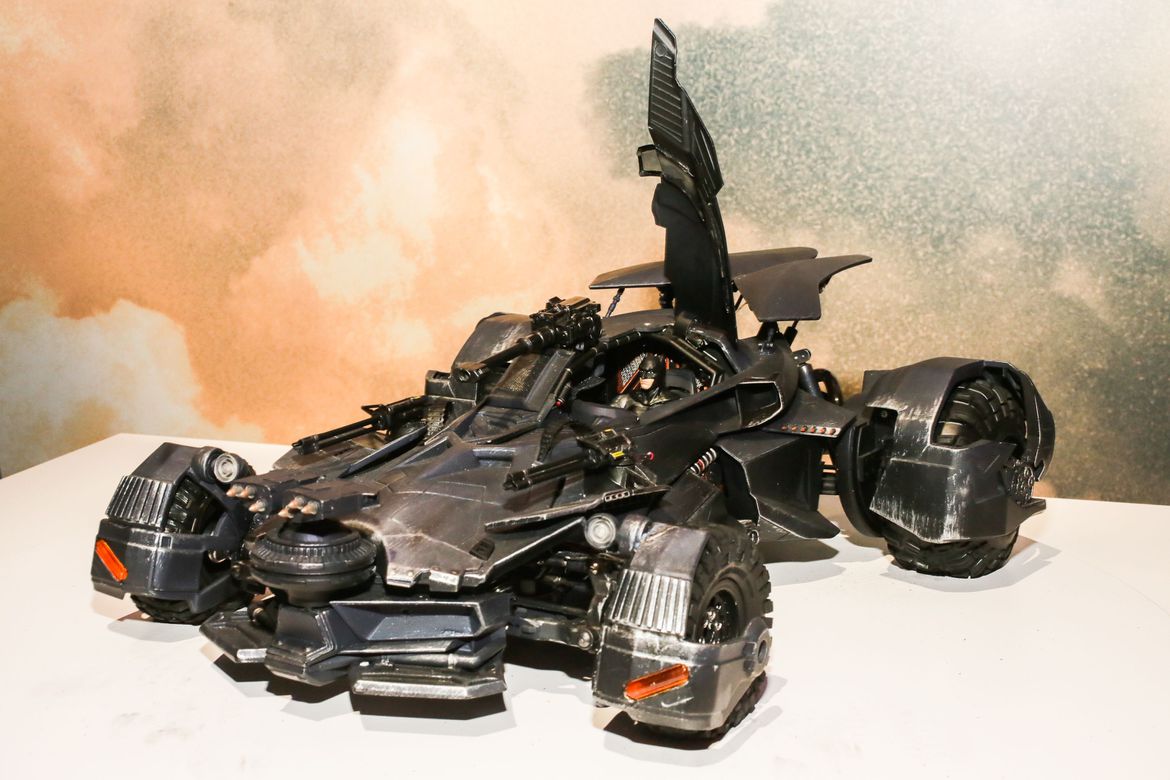 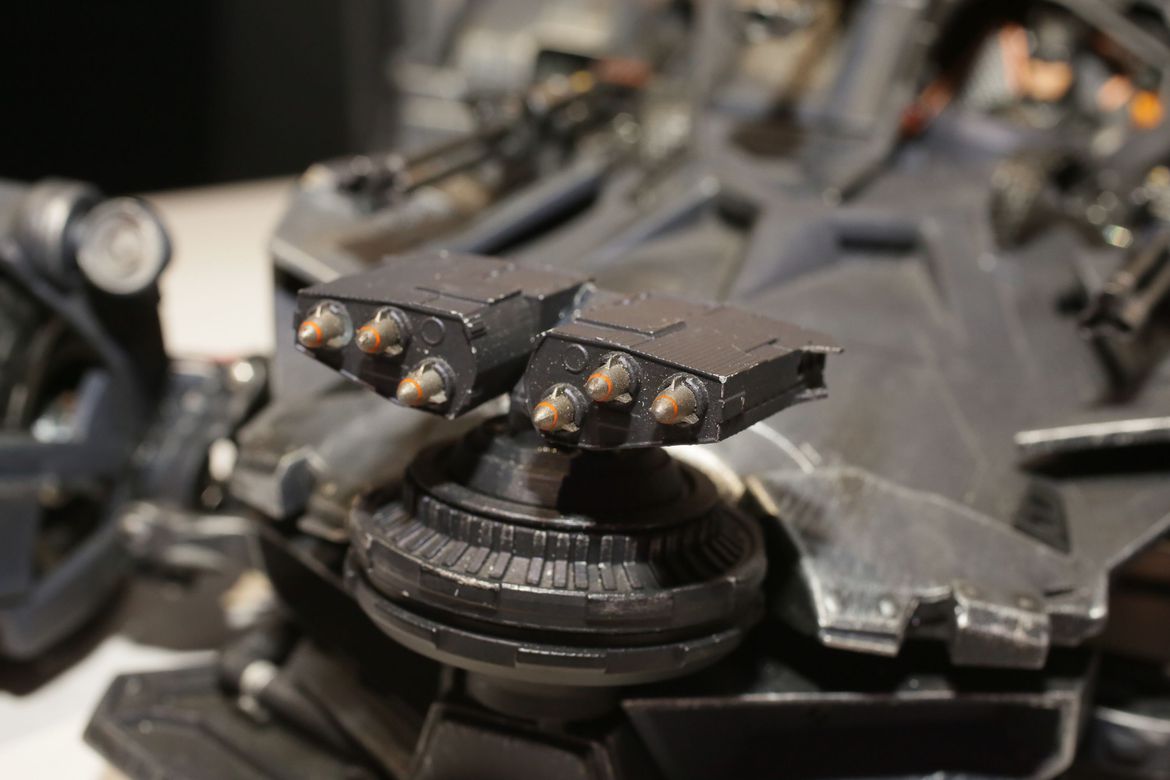 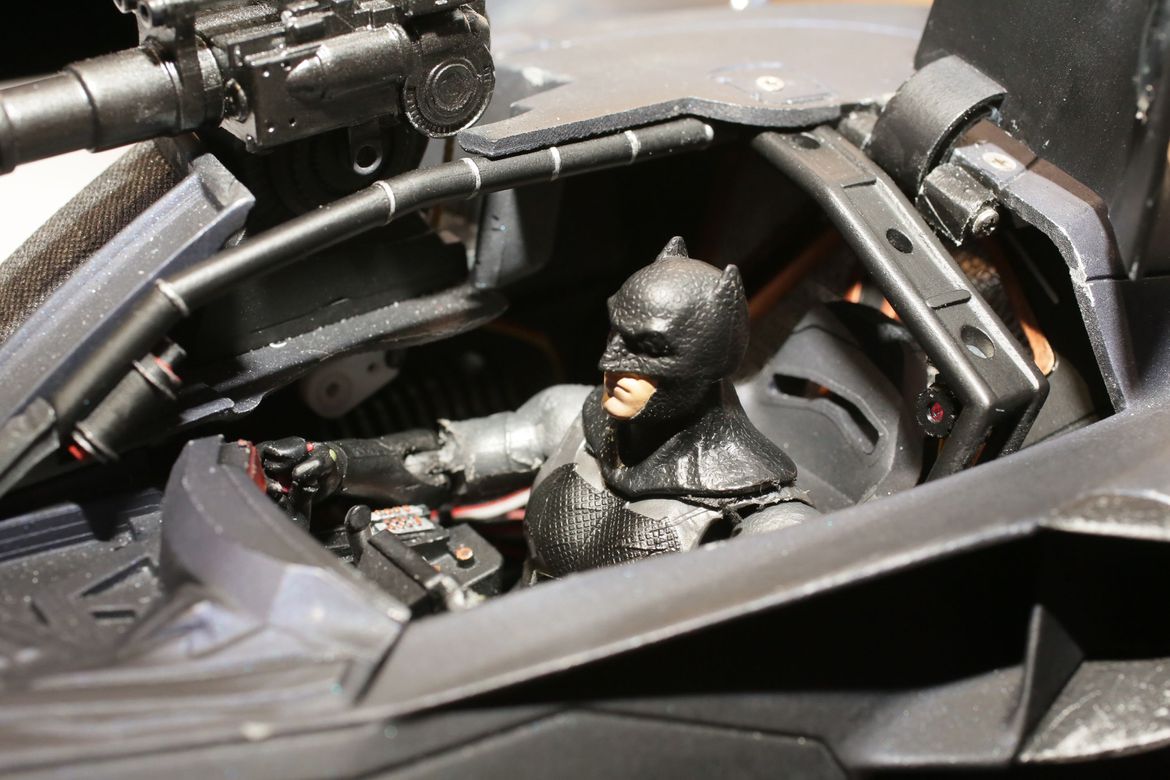 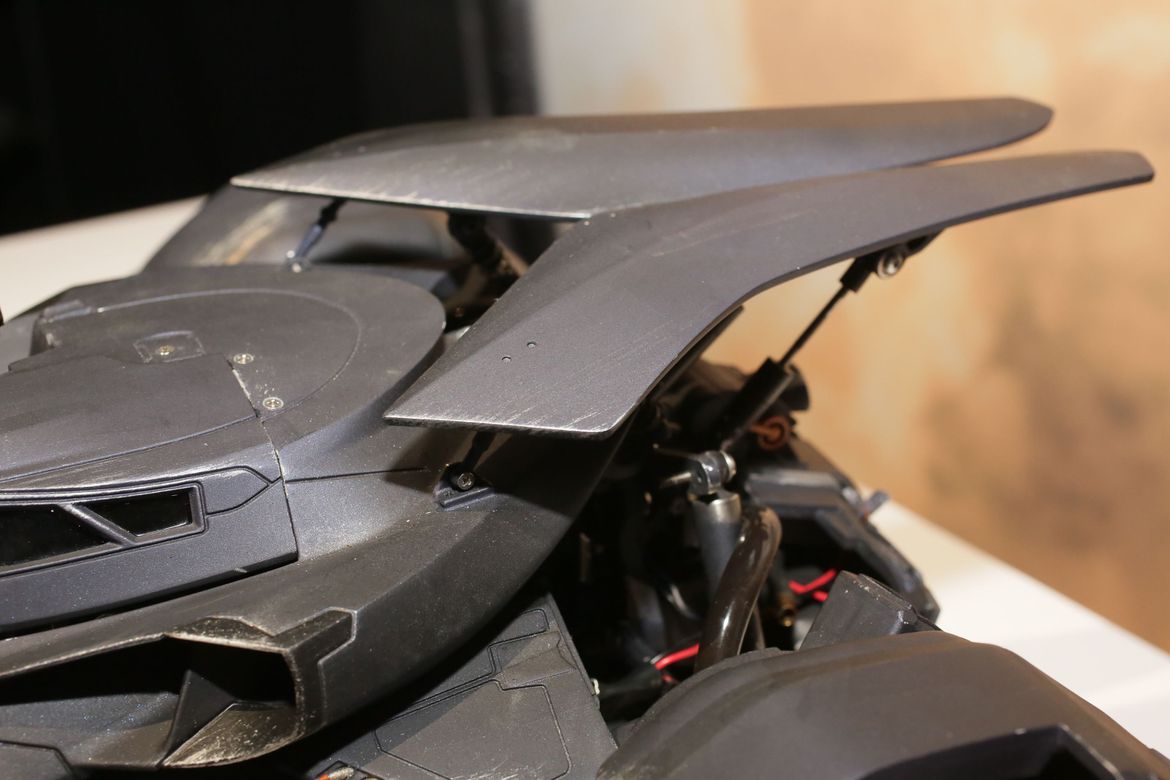 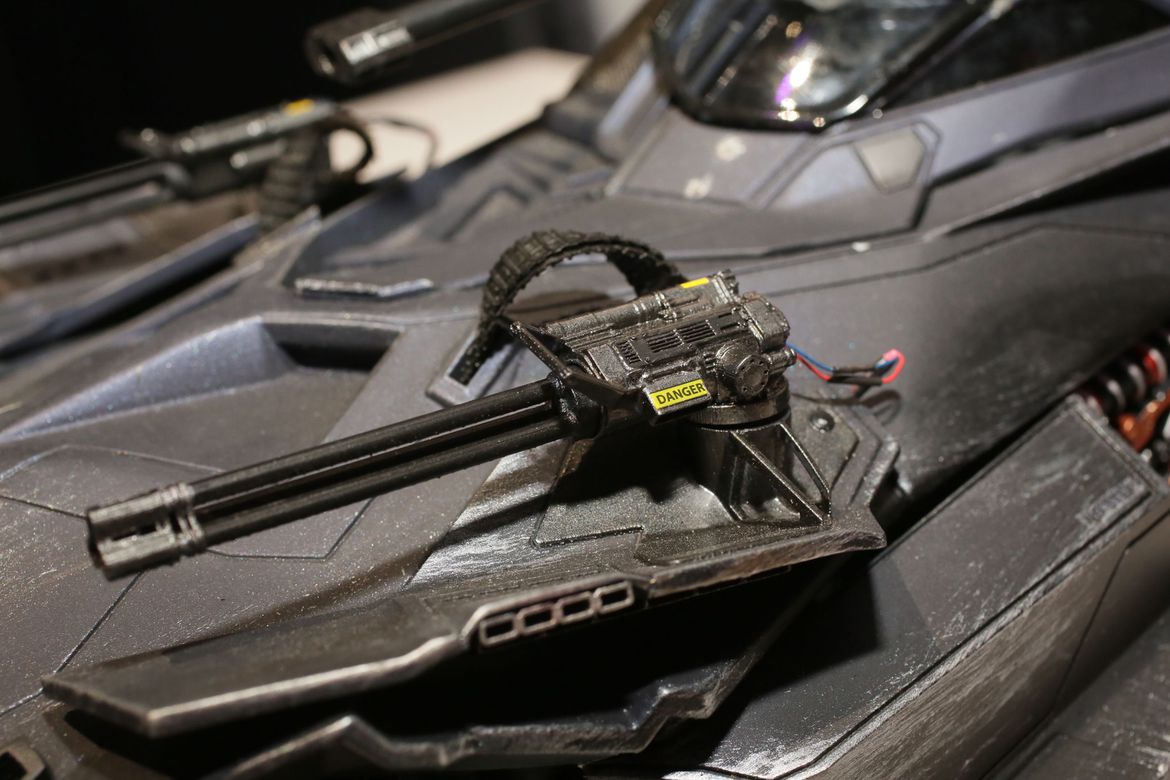 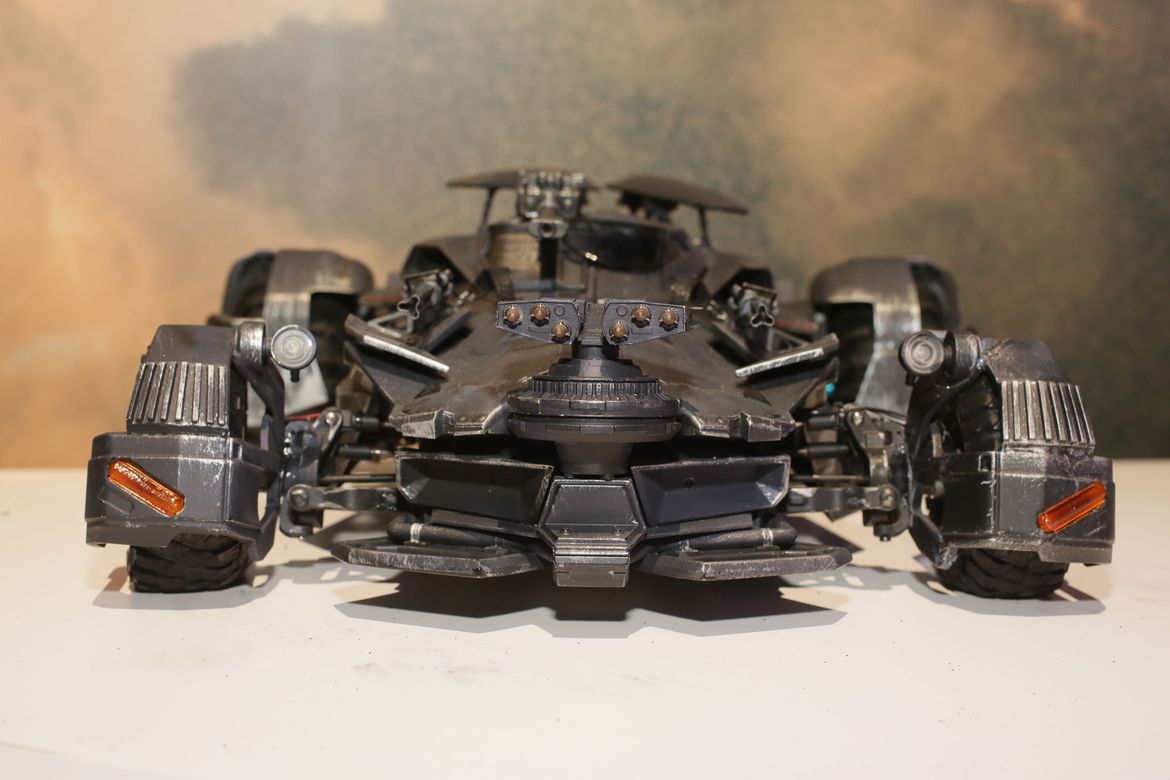 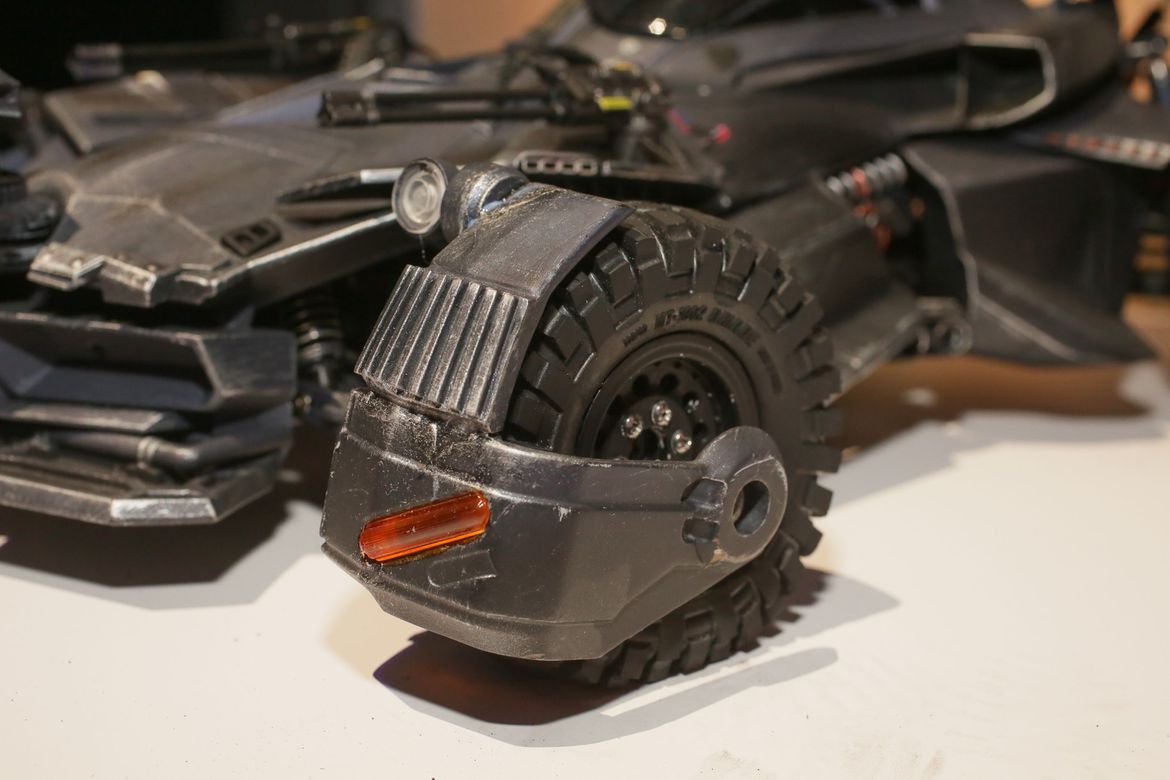 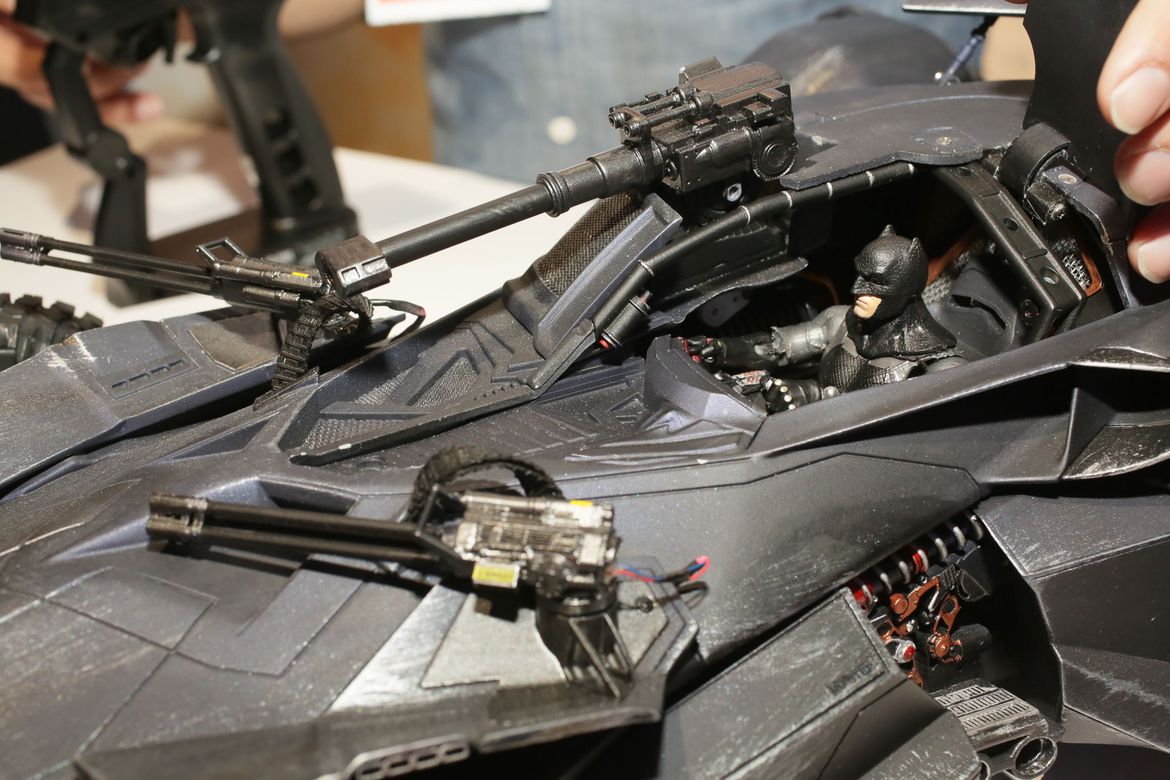 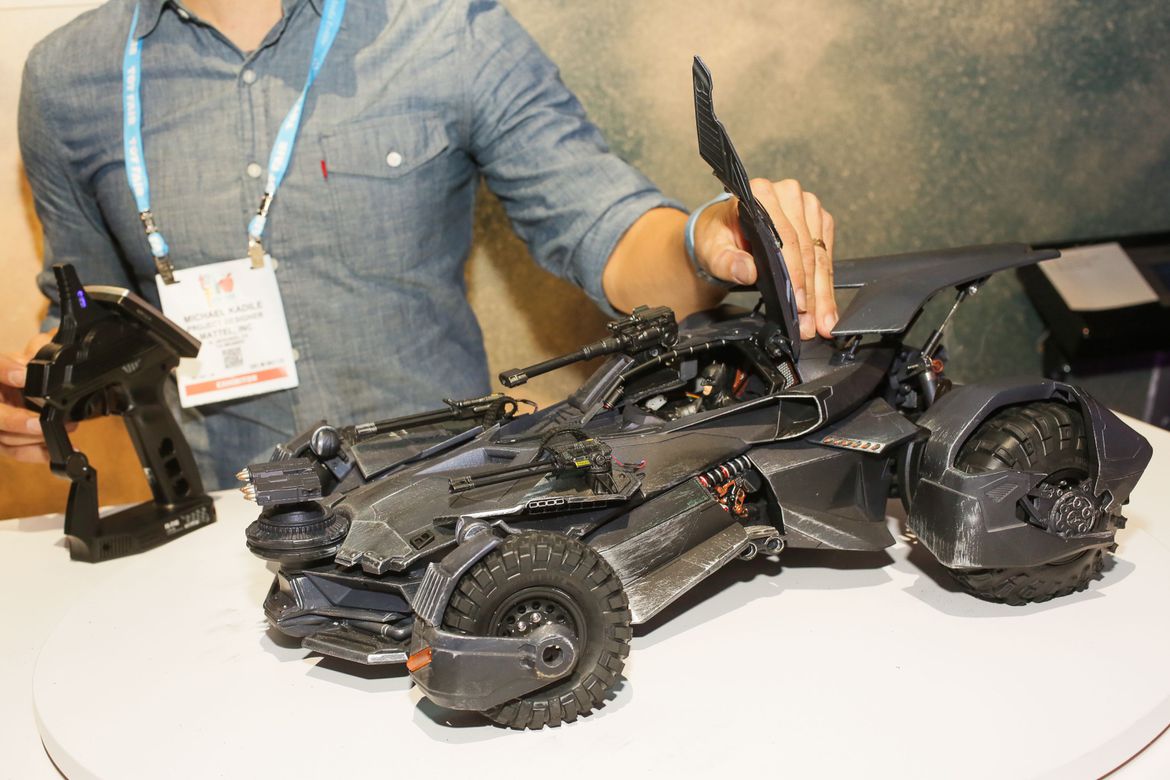 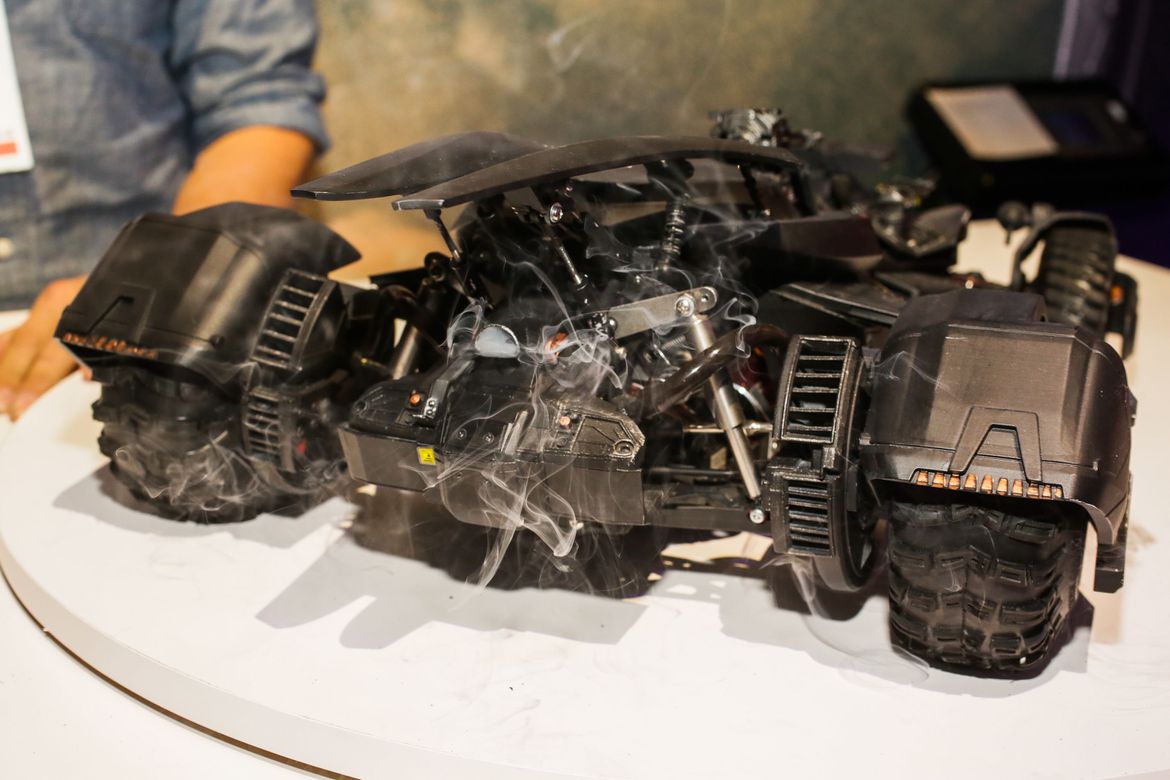 Fans might be surprised to see that the Batmobile didn’t receive too many drastic changes.  Usually when a Batmobile is destroyed (see Batman Returns, Batman Forever, Batman & Robin, and The Dark Knight), that Batmobile is gone forever, replaced by a newer, upgraded version in the next film (or in the case of The Dark Knight Trilogy, replaced by a motorcycle).  Fans will remember that the Batmobile was pretty badly damaged by simply driving into and bouncing off of Superman in BvS.  It is seen smoking and shooting off sparks as it returns to the Batcave.

Well, according to the Toy Fair, the Batmobile design for Justice League remains mostly the same.  The vehicle achieves the same aesthetics of its predecessor, but with a bulkier look that includes more armor.  Fans might also be surprised to see that Bruce did not hold back on the weaponry either, upgrading to a rocket launcher on the front of the vehicle with dual turrets on the sides.

Although Affleck himself did a great job as the character, one of the main complaints about Batman in Batman v Superman was his sheer brutality and disregard for human life.  Instead, opting to mow down enemies with his vehicle’s machine guns then explode their cars by plowing through them.

The Batman we know doesn’t kill, and although the film explanation is Bruce is at the end of his rope and desperate to kill Superman, it seemed like he had restored faith in his mission and humanity at the end of the film.  Making a lot of us believe the Batmobile would go in the other direction in terms of weaponry.

Perhaps Bruce is just being cautious after Luthor’s warning at the end of BvS (*cough* Darkseid *cough*) and/or maybe this is just the vehicle he uses at the climax of the film to participate more in the action (after all, he really was pretty useless against Doomsday).

In terms of the replica of the Batmobile, the vehicle can be controlled via your smartphone, that has a tiny camera in the cockpit that you can use to see where you’re driving on your phone.  The guns have AR effects when fired.  The cockpit also lifts up to allow a Batman figure, and even has real exhaust from the back.  All for the price of $250.

Fans will get to see Batman’s new wheels in Justice League on November 17th.