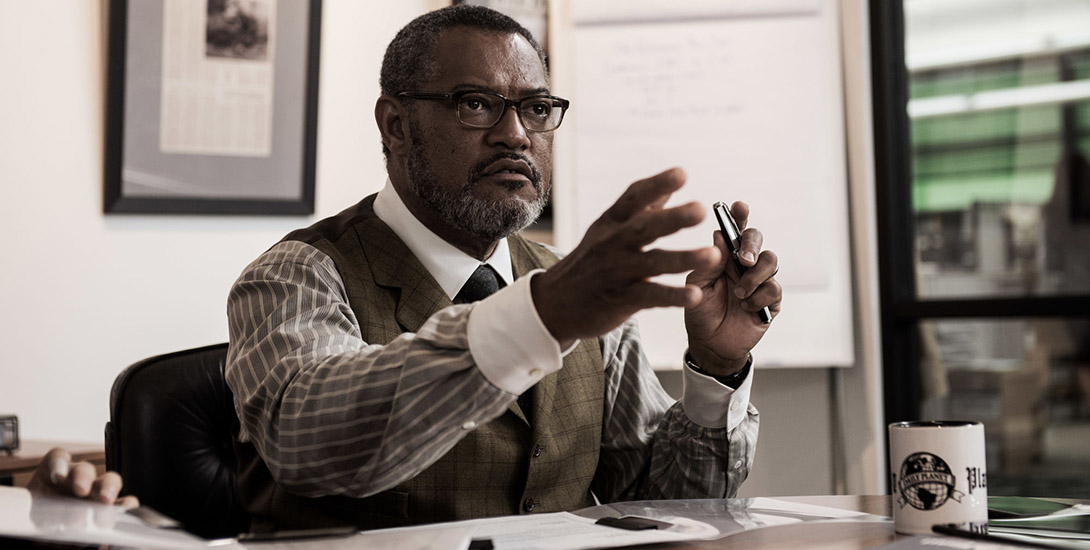 Batfans! We are officially months away from the first big-screen live-action take on the Justice League. It may be several months away, but at least we are not counting the years anymore. From what we’ve heard, the movie will be packed with characters aside from the League themselves. Unfortunately, one such newspaper editor may not be appearing.

While making the press rounds for John Wick: Chapter 2, Laurence “Morpheus” Fishburne, the man who plays Daily Planet editor, Perry White, admitted that he will not be JL. It turns out that they didn’t exclude him. Actually, it’s the opposite. Asked to come in for one day, but Fishburne, an in-demand actor, could not find the time in his schedule to shoot with them. Fishburne doesn’t seem fazed by the exclusion of White. He says: “And really, what do you need the newspaperman in “Justice League” for? You want to see the Flash. You want to see Aquaman. You want to see Wonder Woman. You want to see the Lantern.”

He certainly has a point.

Speaking on the DC Extended Universe, while Fishburne, a seemingly big DC comics fan, expressed frustration at how long it took to put these characters on the silver screen, he is overall happy with the direction of the universe. Of Snyder, he shared:

“Look, I love what Zack Snyder does. Jesse Eisenberg, this little nebbishy guy, as Lex Luthor? For me, that’s a genius move. And the whole thing with Martha Kent and Martha Wayne? I don’t know, man, I must be sentimental but that’s some heartwarming [stuff] to me. So I don’t get it.”

Good to know that he supports Zack Snyder’s vision.

While Fishburne was never physically on-set for Justice League, White could still certainly appear in archival footage in the briefest of scenes to show that he’s still present in the universe.