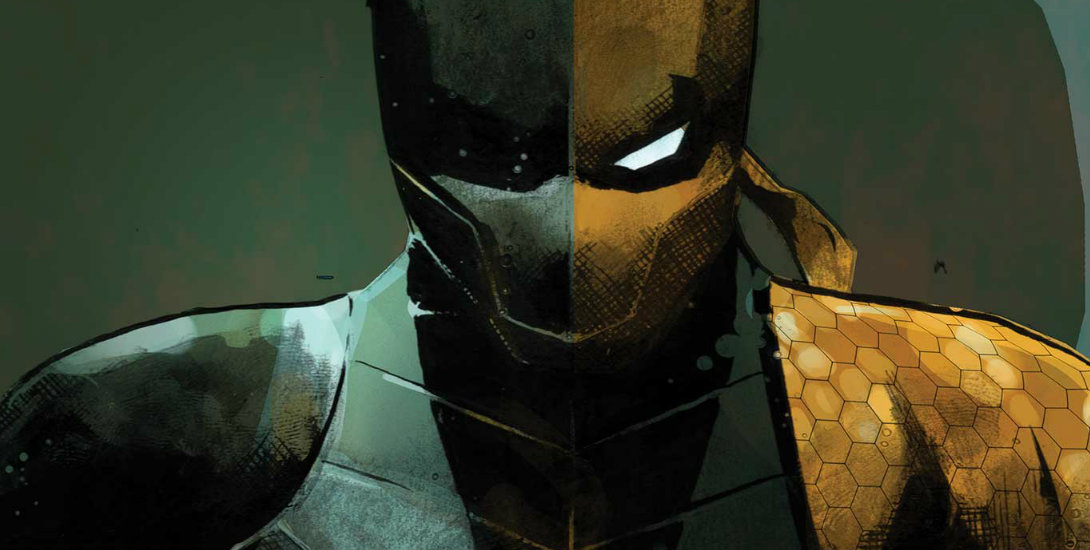 “FOUR ROOMS” part one! After Deathstroke’s family is shattered, Slade recalls the first time he and Wintergreen worked together—on a mission that changed both of their lives forever. Special guest artist Cary Nord illustrates this game-changing two-part adventure. – DC Comics

Moving on from the eight-part trek that was “The Professional,” I am excited to see that this next arc is only going to span two issues. In this first part, we are met with four stories being told, each in a different “room.” Jericho is seen trying out new aspects of his powers, Rose is seen traveling through Vietnam, Slade is seen locked up in the Supermax prison, and the fourth room comes as a flashback to when Slade first met Billy Wintergreen. It’s an interesting concept – one I am almost nervous to see done over two issues – but I feel as though this smaller arc is going to set up something much bigger to come.

The art in this issue is provided by guest artist Cary Nord and it is phenomenal. I loved every single panel of this book. The amount of detail – especially during the Rose and Jericho stories – was encapsulating. I know that Nord won’t be sticking around after issue 10, but his artwork really stood out to me in this issue.

On the negative side of things, there isn’t much to bring up – except one big thing: flashbacks. If there is one aspect that Priest has been consistent with over this run, it is poorly done flashback sequences. In this issue, much like the others before it, the action shifts into the past without so much as a sepia overtone or black box page, both of which have become staples of comic book flashbacks (in my reading anyway). The realisation only came to me because I had read the solicitation for this issue prior to picking it up and knew there was going to be a flashback somewhere. While I have been enjoying Priest’s writing over the course of  this series, this is definitely something he needs to address. It jars the action for me and really takes away from the story where there are a good few pages where I have no idea what is going on.

This first issue was a good start to the story however, and I am interested to see if Priest does a better job at telling a smaller story across two issues rather than a long and drawn-out one. Quite honestly though, as much as I enjoyed the story, I’m mostly coming back for Nord’s artwork at this point.