“The Return of Wally West” Part 6 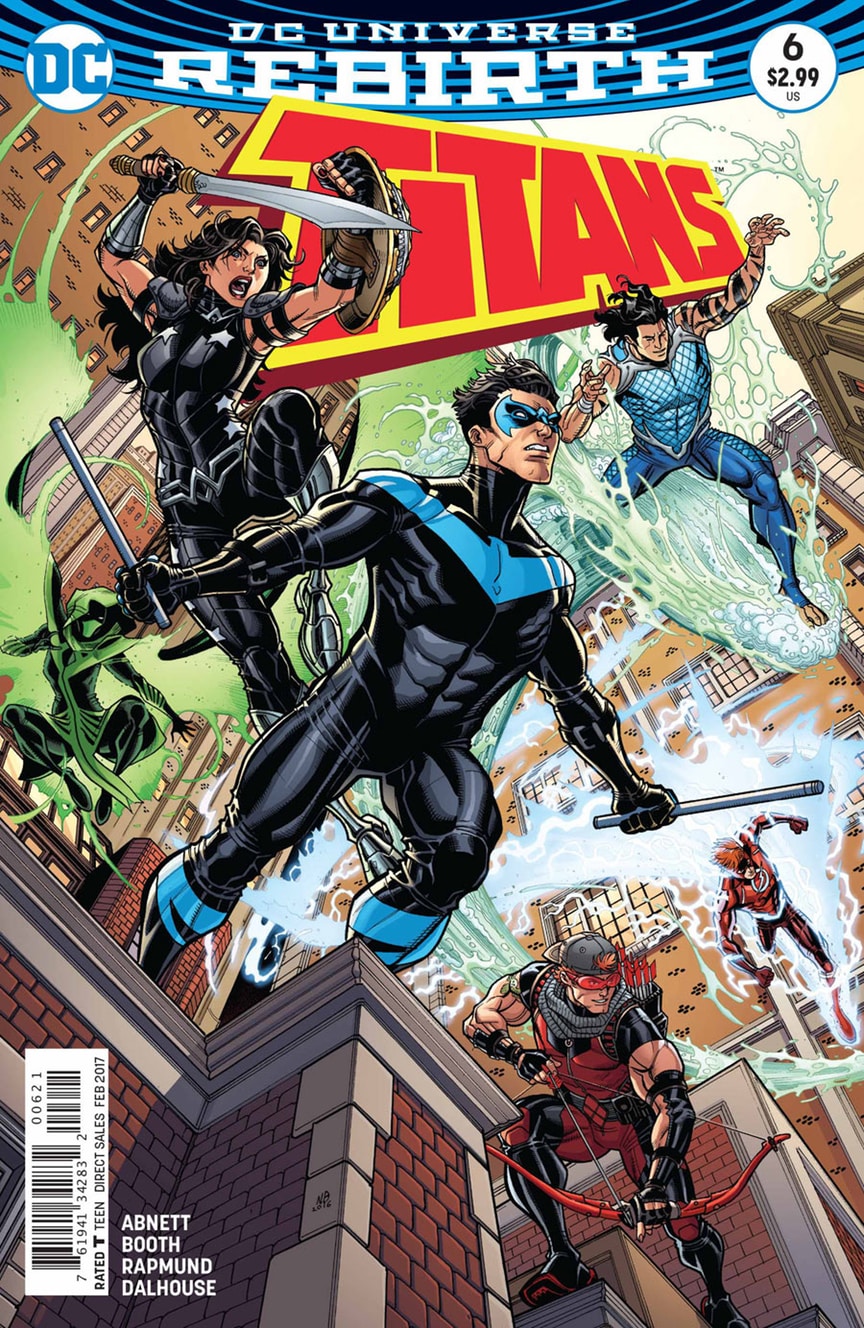 As the first story arc wraps up, Dan Abnett delivers a highly satisfying conclusion that teases future plot lines for not only Titans, but also for the entire DC universe.

This issue of Titans finally ends the team’s battle with Kadabra and establishes as Wally West being an essential cornerstone of the DCU. His fight is dramatic and he comes out as a true hero. It is a heartfelt internal struggle for Wally to summon the strength to defeat the Kadabra. Abnett really shines in making Wally’s emotional journey feel real and resonating with the reader. It veers dangerously close into becoming a cliche. Fortunately, Abnett masterfully backs away from the histrionics just enough so it feels like a natural progression and not a cheesy PSA.

The other draw of this issue is a tease of who is really pulling Kadabra’s strings. The power behind Kadabra is a huge bombshell dropped that will have huge implications in the future. It is exciting and could potentially explain how Kadabra’s power levels seem to have increased a tenfold. It definitely makes one eagerly anticipate what will happen next.

While Wally gets a huge spotlight in this issue, the rest of the Titans- with the exception of Lilith- are unfortunately still just background characters in their own comic. They contribute nothing useful to Kadabra’s ultimate defeat. They really barely mattered in the end. For example, Nightwing literally says two lines the entire issue, which includes him just saying, “What?”. I complained about this in the previous issue, but the focus on Wally really pushes the rest of the Titans into the background to the point where one wonders if you accidentally picked up an issue of The Flash instead.

As far as Brett Booth’s stylistic art goes, my opinion of it still is unchanged from the previous reviews. He still draws in an exaggerated fashion-which is mostly fine for the action scenes- but it falls flat in the more subtle, emotional scenes that require more “acting” from the characters. And Booth still loves drawing his panels in the diagonal, slant pattern-even during quiet scenes-for no storytellng reason.

The conclusion of “The Return of Wally West” certain lives up to its name. It firmly ushers Wally back into DC lore, while creating a exciting tale that teases intriguing future plots, that is unfortunately dragged down by the Titans doing nothing and shaky art.