One thing that makes Titans feel different from such titles, like Teen Titans and Justice League is their overarching theme of strong friendships. It makes the title feel fresh, youthful, and unique.

The title’s other main hook is answering the mystery of what happened to Wally West and the repercussions of him being pulled out of the time stream. More is unveiled more about the how’s and why’s of Wally’s time displacement, making it the most intriguing part of the comic. Additionally, you really feel for Wally and his frustration whenever he is around his former wife Linda Park.

The strangest part of the comic is the main villain Kadabra. There is a twist in the comic that elevates Kadabra to an extremely powerful villain. However, as Dick Grayson points out in the issue, he is doing this all for fame and attention essentially, which makes him…kind of pathetic. When that weak motivation is paired with Brett Booth’s compulsion to draw Kadabra’s mustache inhumanly big, it casts Kadabra as more of a petulant child rather than a credible threat. 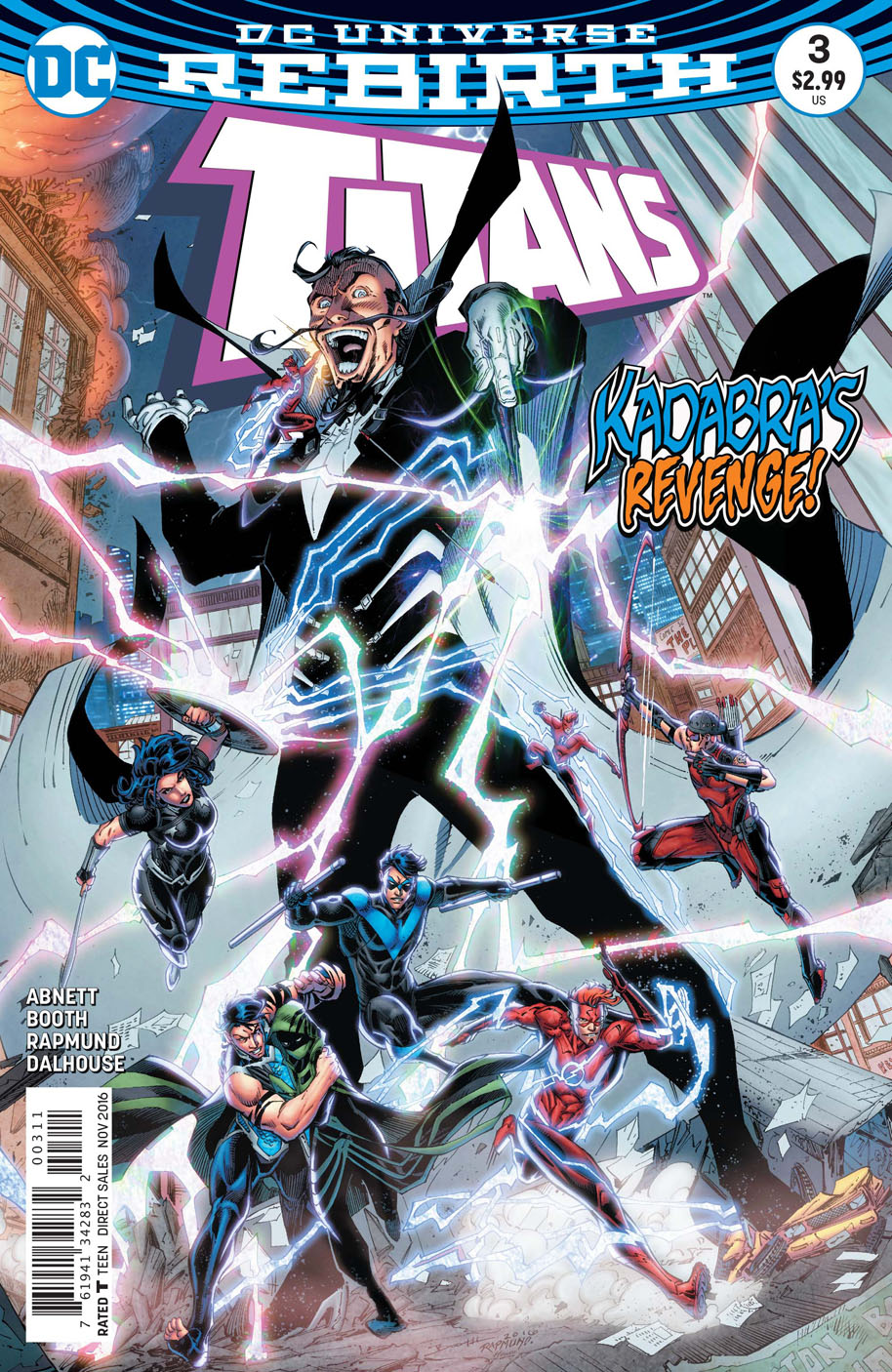 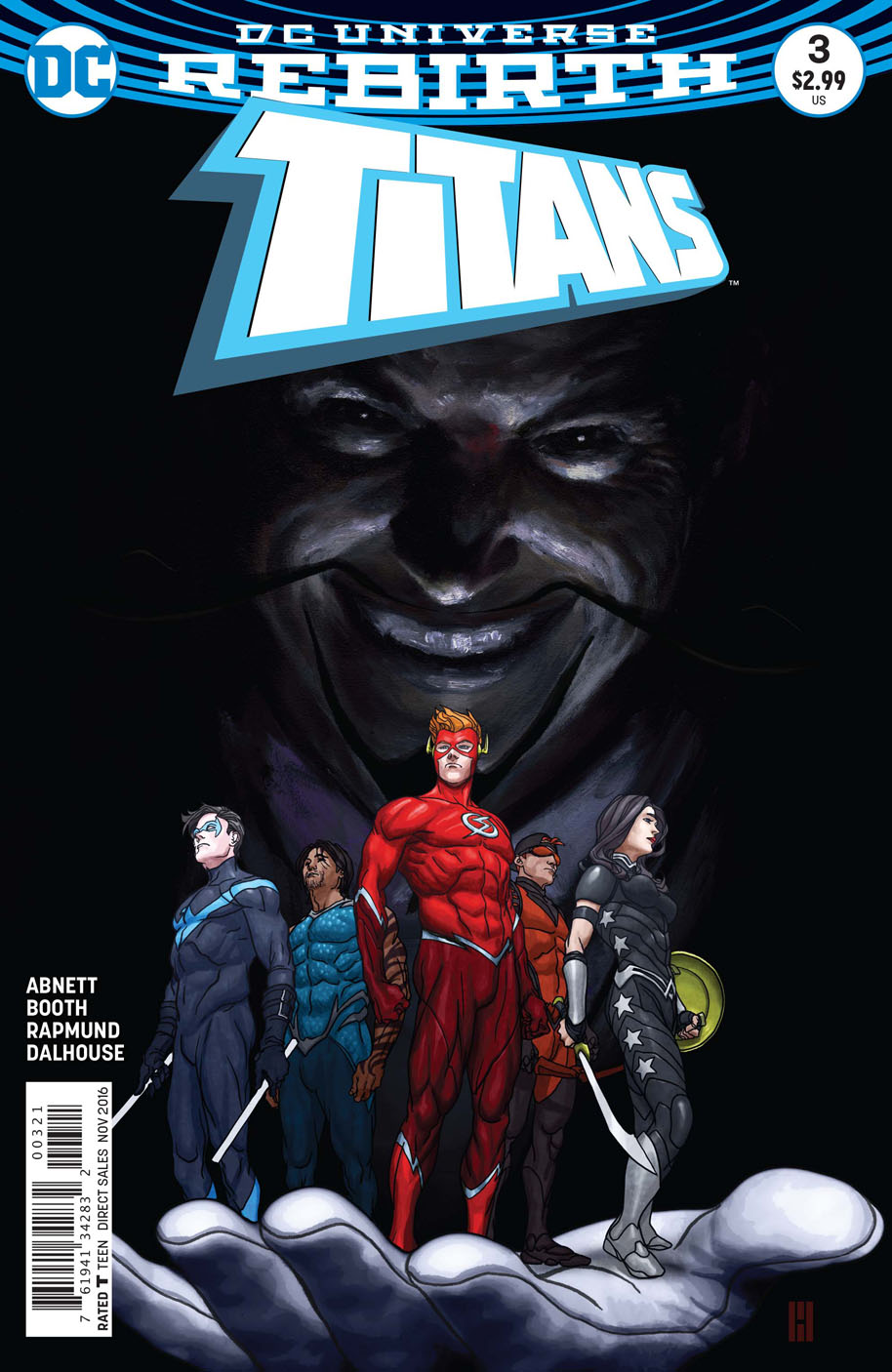 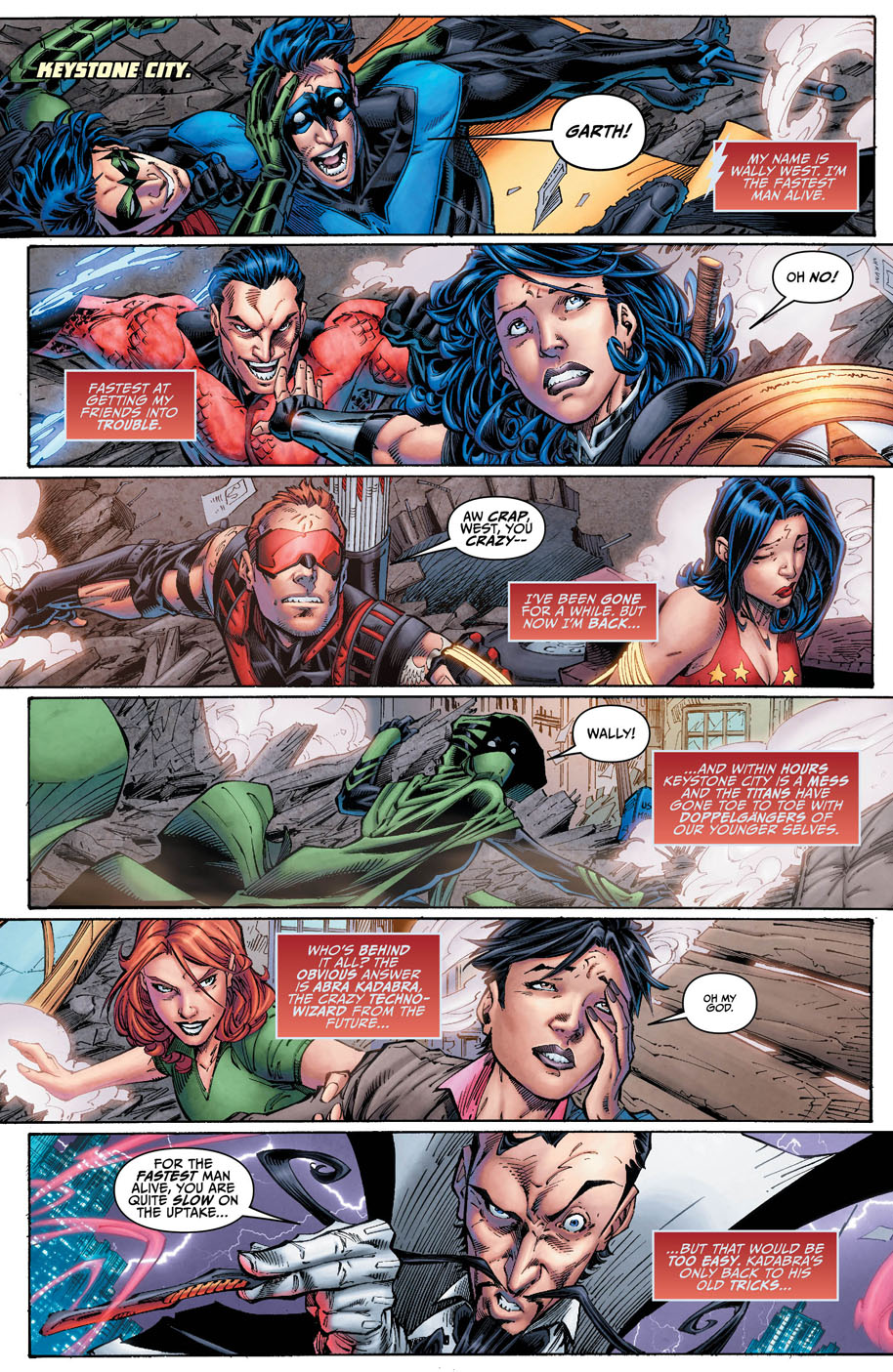 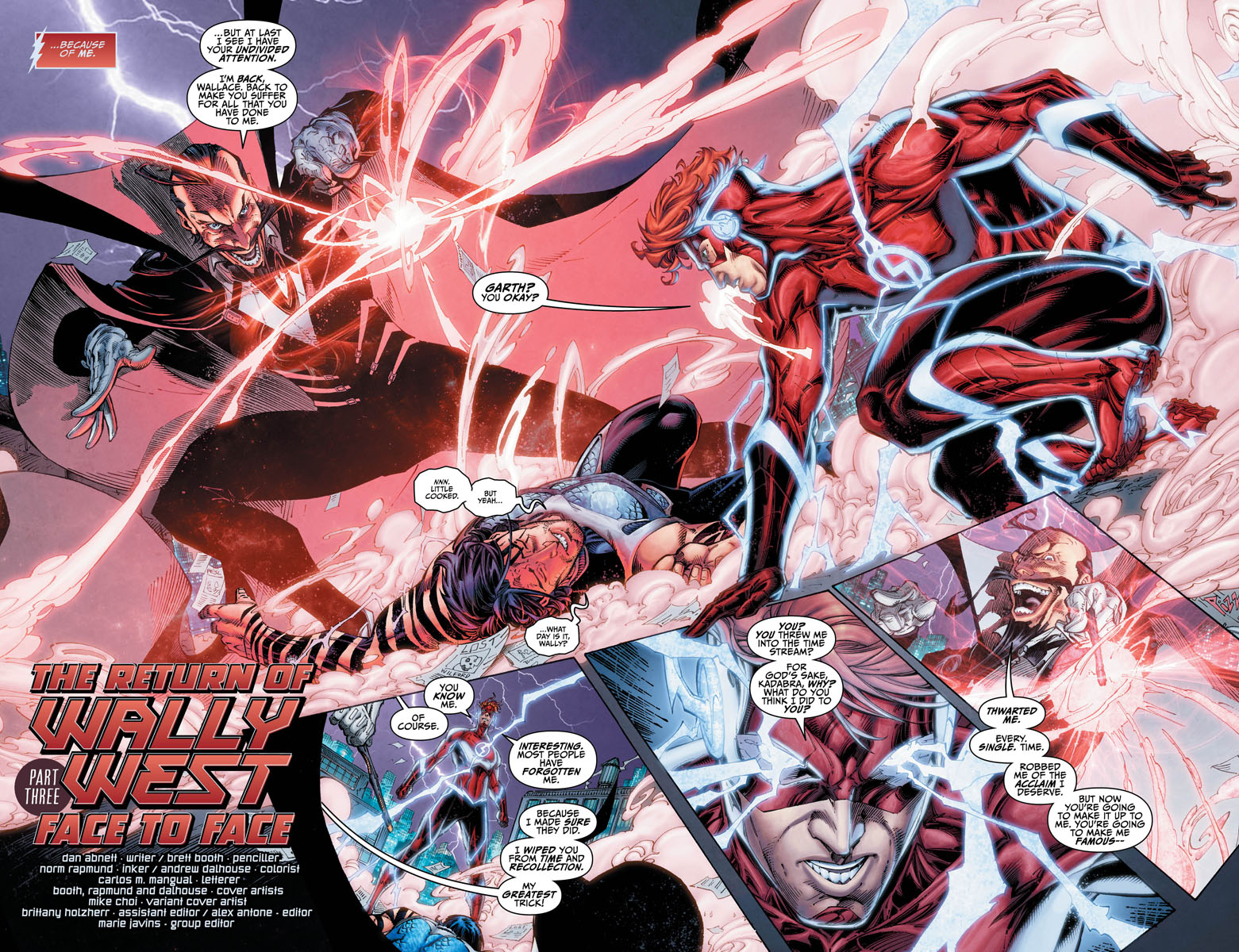 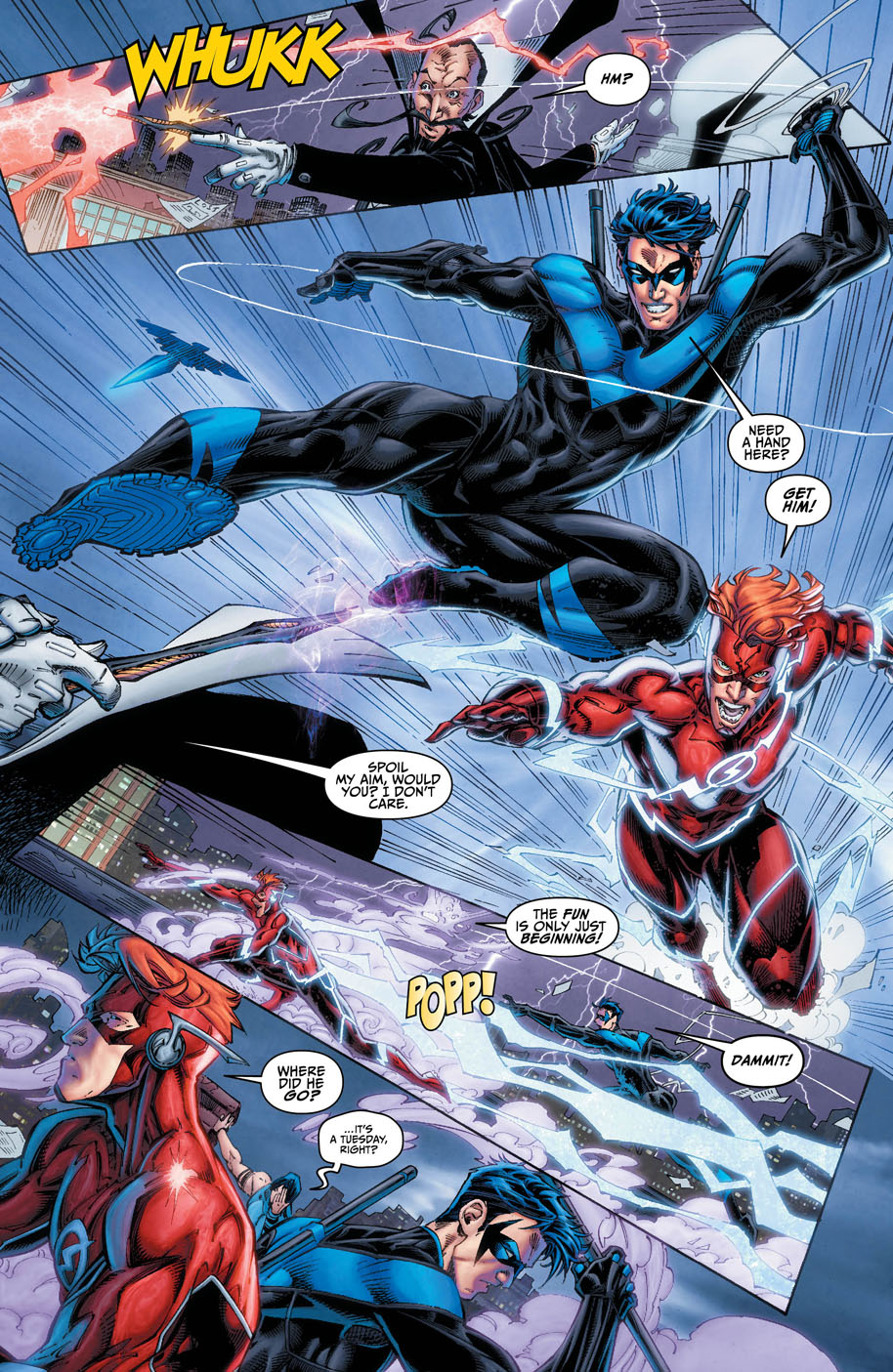 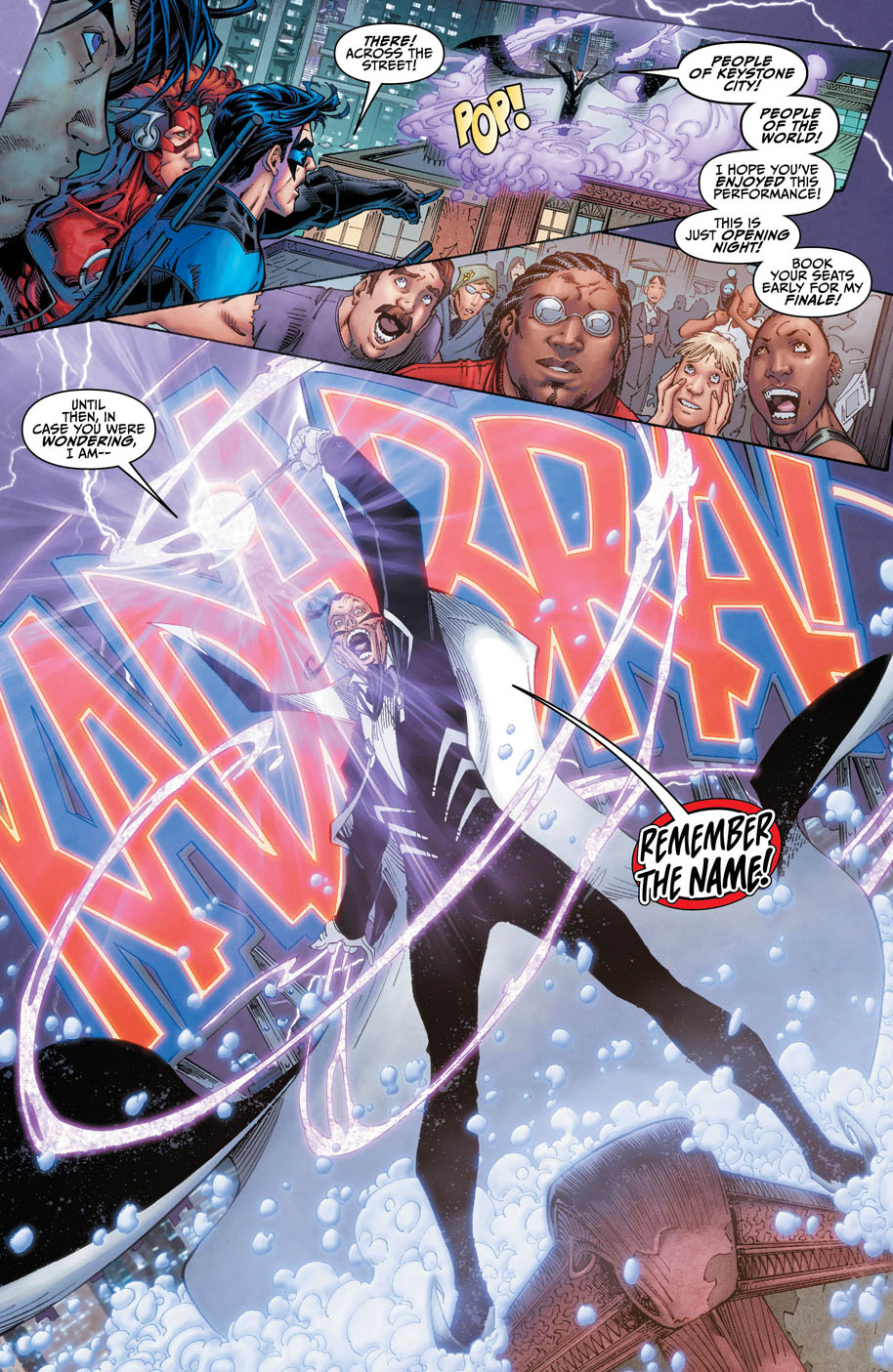 Speaking of Booth’s art, I am not a huge fan of it. It is shiny and splashy, but the way he draws facial expressions is highly exaggerated to the point where the characters’ faces look like they are made out of rubber. Furthermore, Booth’s page layouts are occasionally messy. Like, there is a relatively quiet conversation scene between Donna Troy and Roy Harper, but Booth lays out the page with slanted panels that get incrementally smaller. It is awkward to read and actually detracts from the story experience.

Titans is a comic that has a decent script and interesting hook by Dan Abnett, but is hampered down by its weak art and lackadaisical villain.