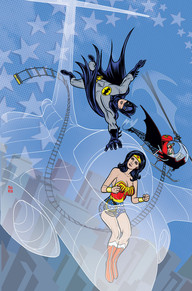 Batman and Robin are on a mission. It seems Catwoman has teamed up with Talia al Ghul to steal a rare, highly-priced book. Incidentally, the book is so important that Catwoman couldn’t even see the double-cross coming from her villainous teammate. Back in the Batcave, Batman starts to remember a night 20 years earlier that involved chaos surrounding that same book. The night included Nazis, Ra’s al Ghul, and Wonder Woman.

Holy combination! Batman 1966 and Wonder Woman 1977. What a concept! Based on the idea alone, this comic was already at least going to be fun. So how does chapter 1 serve fans of one, or both, of the series? Perfect. The issue is just 10 pages, but I think that’s a perfect amount. We get a good setup with the stolen book, enter Batman, a mystery, a flashback, and a sort of exciting cliffhanger for the next issue. Jeff Parker and Marc Andreyko have planted some stellar seeds that should blossom into a fun story, and I’m looking forward to it. 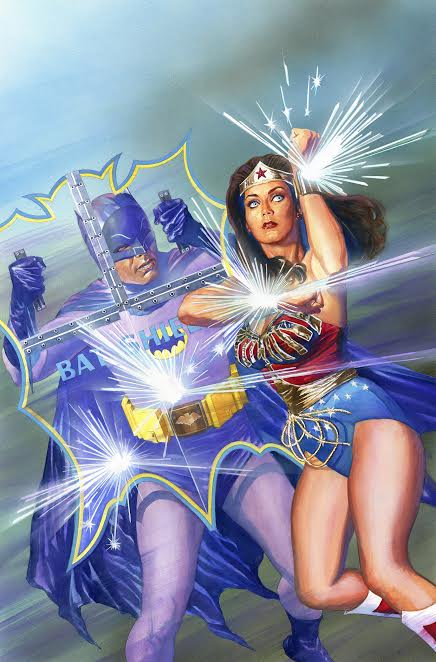 As for the art, stellar! It seems to be following the style of the 1966 comic book series, and I dig that. David Hahn has done a great job following the styles of both the Batman ’66 and Wonder Woman ’77 series, while also bringing in a few new settings and characters that fit the world perfectly.

A favorite part of mine: Eartha Kitt as Catwoman. I think she almost gets the least amount of exposure when fans reminisce on the Batman series, so it was great to see her get her dues.

Overall, a fun, quick start to a series that should be putting a smile on anyone’s face. If you’re a fan of the old series (either one), this is a great pick up.

New VR Experience takes you inside the Batcave