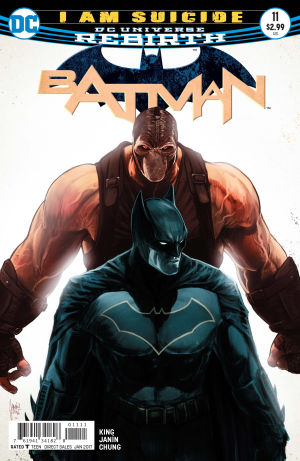 With the third part of the “I Am Suicide” storyline, the stakes get ramped up for Batman and his personal Suicide Squad as they begin to close in on Bane.

After reading this issue, I cannot help but feel highly torn about it and the main reason why is because of Catwoman. Without getting into too much details, this issue really does a hatchet job on Catwoman’s character. I do not know what Tom King’s plans for her are, but so far she feels wildly out of character. It is entirely possible that King has a character arc where Catwoman is not really a crazed, homicidal maniac and just putting on a front, but for now it leaves a bad taste in my mouth.

Furthermore, it is kind of a bummer that we never gotten to see Batman’s much-vaunted Suicide Squad in action. They just kind of show up and then get in trouble. It is hard to emotionally connect with the characters when we only see them for one, maybe two scenes before the poop hits the fan. Their roles in Batman’s plan are still opaque, making it more confusing rather than intriguing.

A lot of these concerns are frustrating, because this is the middle chapter of the storyline and we are not sure if King will address the problems in future issues or not. This is the same complaint I had in the previous issue, but now that we are getting into the third part, I do not feel any closer to getting satisfying answers or resolution. If everything wraps up and is explained by the conclusion of “I Am Suicide,” then I will gladly eat my words. But until then, King still has a lot of story work to do to keep my interest afloat.

Onto stranger matters, this is now the third consecutive issue where Bane is naked. Is this going to be his thing now? Is it too much of me to ask for Bane to wear some pants? 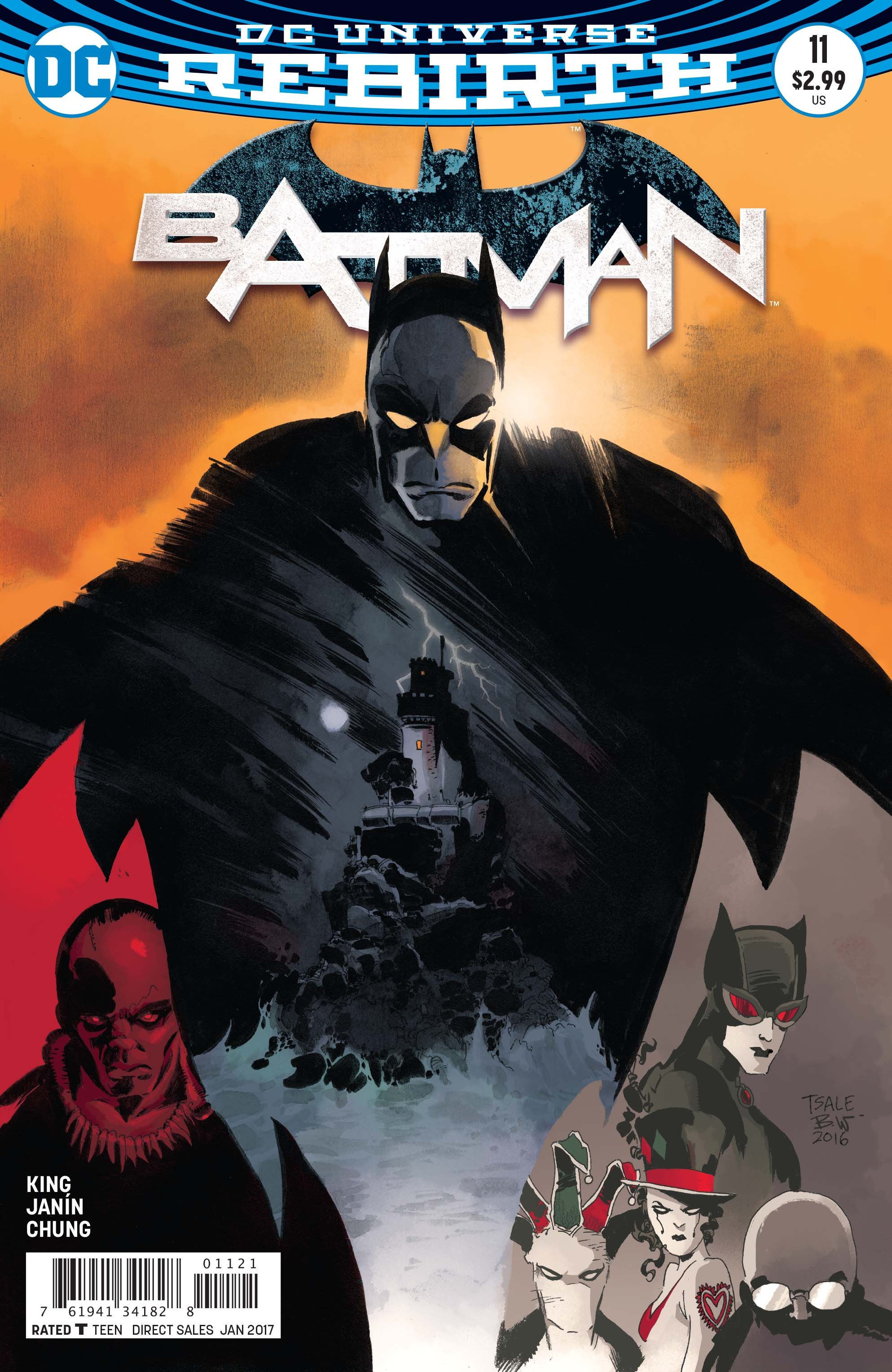 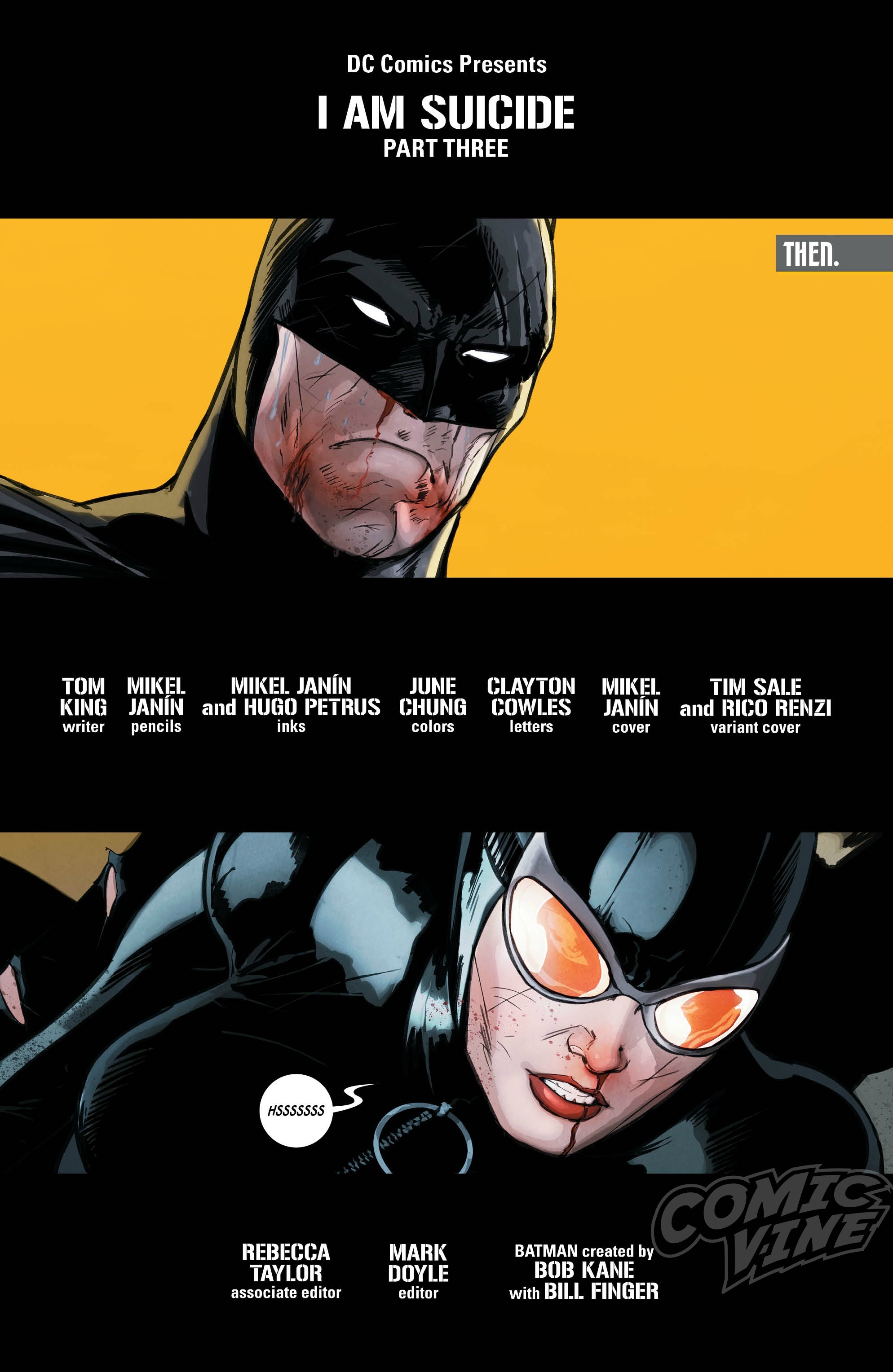 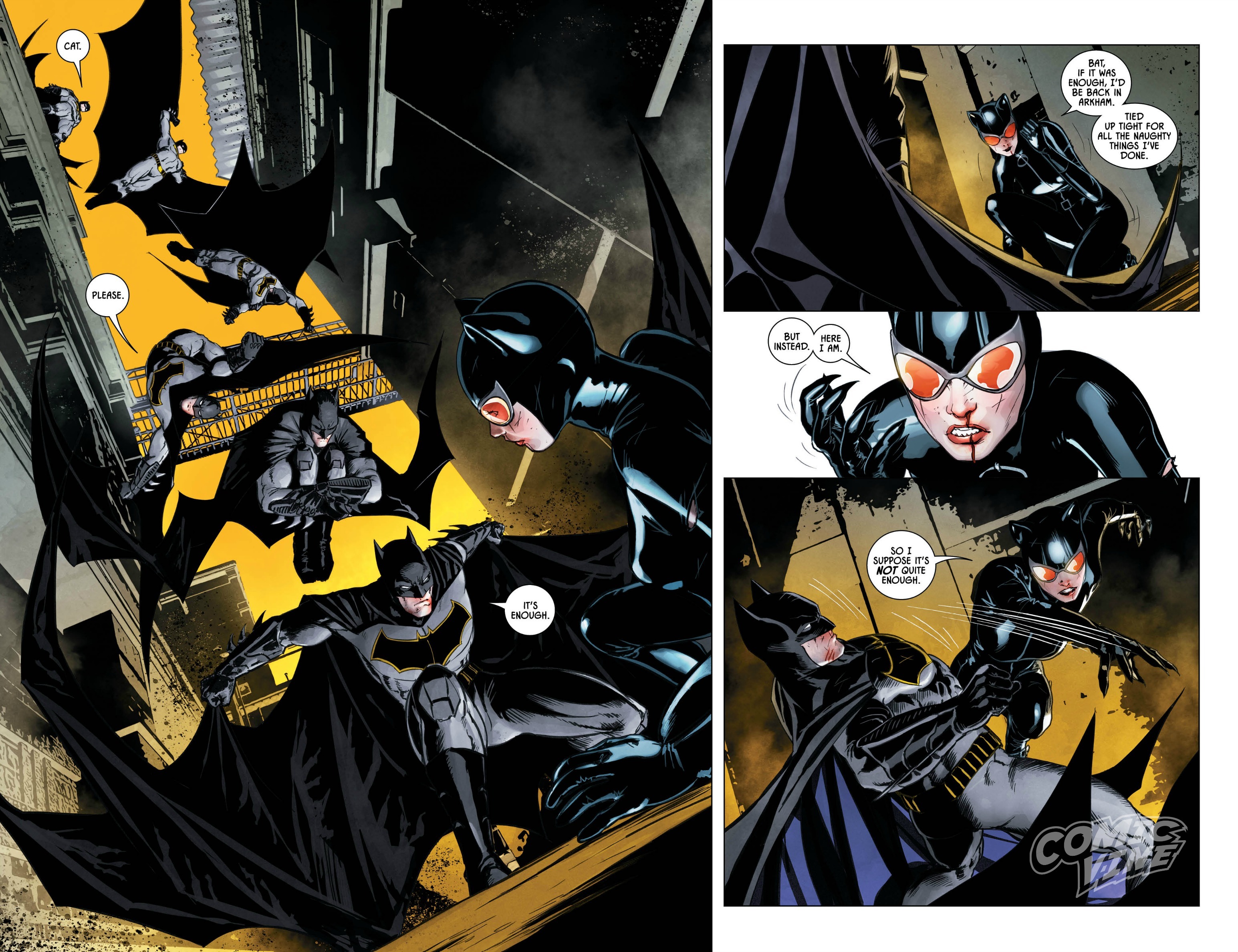 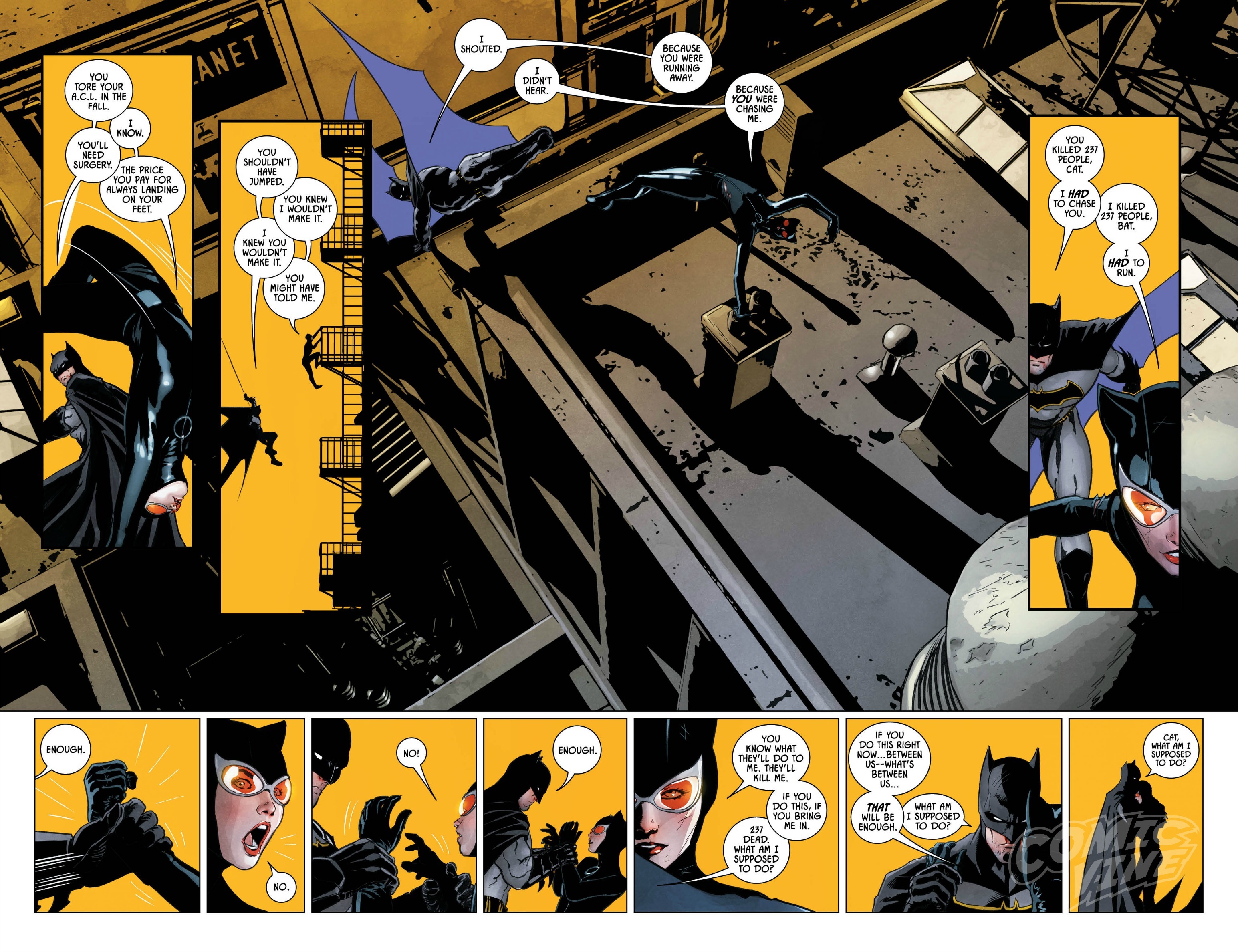 Fortunately, not all things are bad in this comic. The best thing about this issue is Mikel Janin’s amazing art. He continues to top himself, because his scenes look downright breathtaking. The most impressive portions are when he has a double page where he shows the motion of the characters crawling through their settings in one seamless panel. The intricate detail in the backgrounds are incredible to look at. When paired with the stylistic, bold coloring of June Chung, each page deserves an extra minute to look at. Let’s not forget Janin’s character work too. His characters look great and visually distinctive. When they are fighting, the action is portrayed as fast and striking.  It almost makes up for the odd turn of events near the end of the comic.

Batman #11 is hampered with questionable characterization for Catwoman and a plot that is plodding. Its saving grace is the fantastic art by Janin and Chung that is almost worth the price of the comic.