Batman #10 is a bit of a mixed bag when it comes to our expectations of the “I Am Suicide” storyline.

Part two does have a lot of crazy fun plot developments to further the storyline. In this issue alone, we are treated to Batman versus the air force of Santa Prisca, Batman versus a naked Bane, and a really awesome Batman moment that was as shocking as it was amazing. Additionally, Tom King framed the entire issue with Bane’s internal monologue that explains his twisted fixation on Batman. It reframes the dynamic between Batman and Bane in almost a creepy, evil twin kind of way.

On the art side, Mikel Janin continues to shine. With the issue being set in mostly sunny Santa Prisca, one fears that Janin’s art would lose some of its moody, atmospheric quality that made it stand out in the previous issue. Fortunately, Janin’s art continues to look great regardless of the setting. His art is still very detailed and clean with the scenes in Bane’s gloomy fortress being the standout. So with all of these great scenes, fantastic art, and solid dialogue, you would think that this issue would be a shoo-in for a 10 out of 10 rating, right? Not so fast. 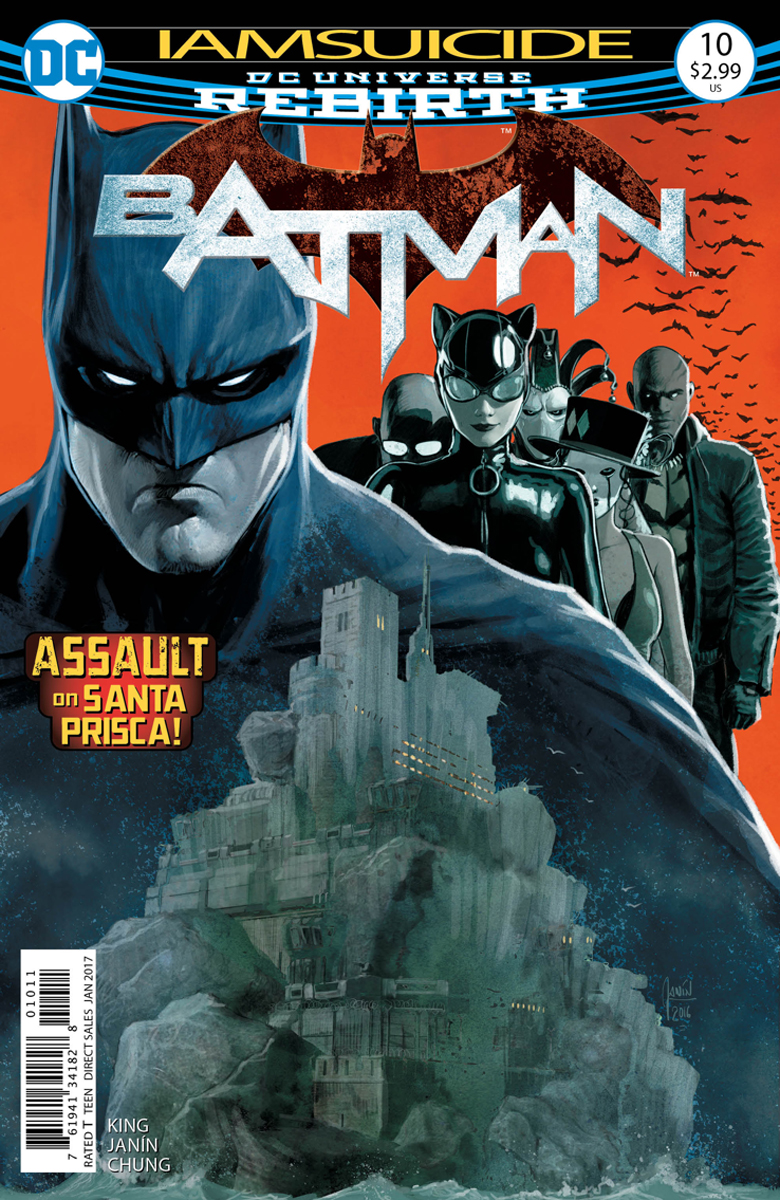 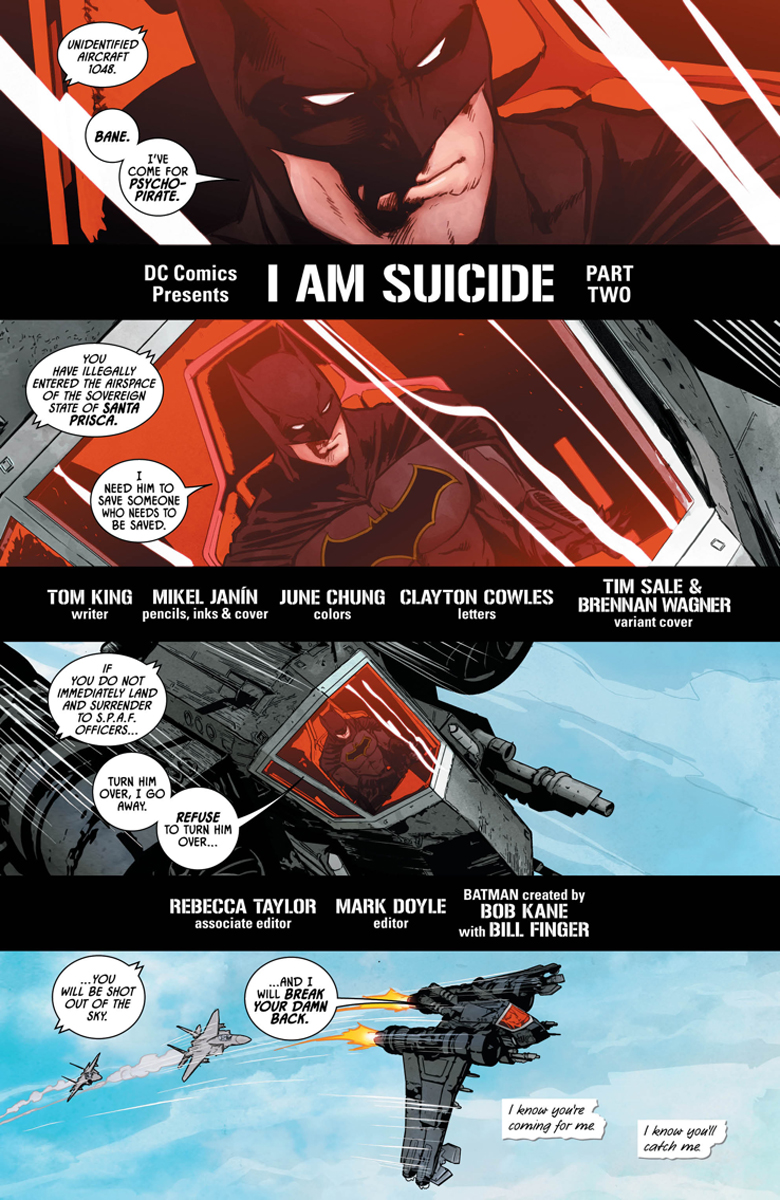 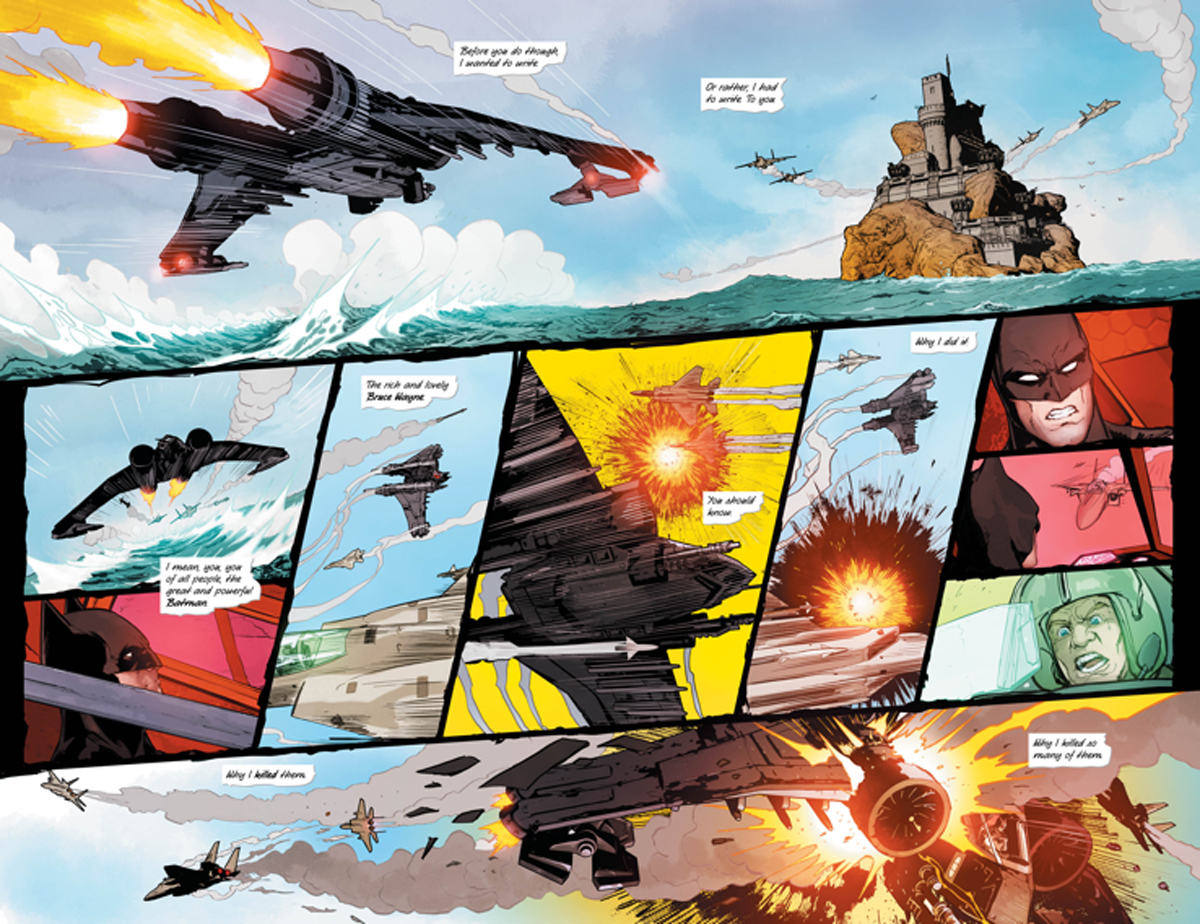 This issue is a little weird for a couple of reasons and most if its problems relate to pacing. While the issue advanced the storyline, it is also stuck in the awkward middle phase of the story where stuff happens and you do not quite understand why or what is happening. A good example of the weird pacing is Batman’s reckless – and quite frankly, bizarre – behavior. I know that King is a strong enough writer to explain Batman’s odd actions in future issues, but it does not make it less awkward to read this particular comic right now. Similarly, it is unusual that we have a lot of build up for Batman’s Suicide Squad, but they barely appear in this comic. Also, it may be me reading into something too much, but King is emphasizing this weird homoerotic tension between Batman and Bane. Without spoiling too much, at no point does Bane wear clothes even while fighting Batman. One can come away from this issue with the thinking that Batman and Bane share a deep, primal connection. But since the issue does not really shed any additionaly information beyond that, the naked Bane fight scene comes across as weird for the sake of weird.

This issue of Batman has a lot of fun highlights that makes the comic a worthwhile read, but it is dragged down by odd pacing for the overall storyline.

Talia al Ghul to Appear in Season 5 of ‘Arrow’