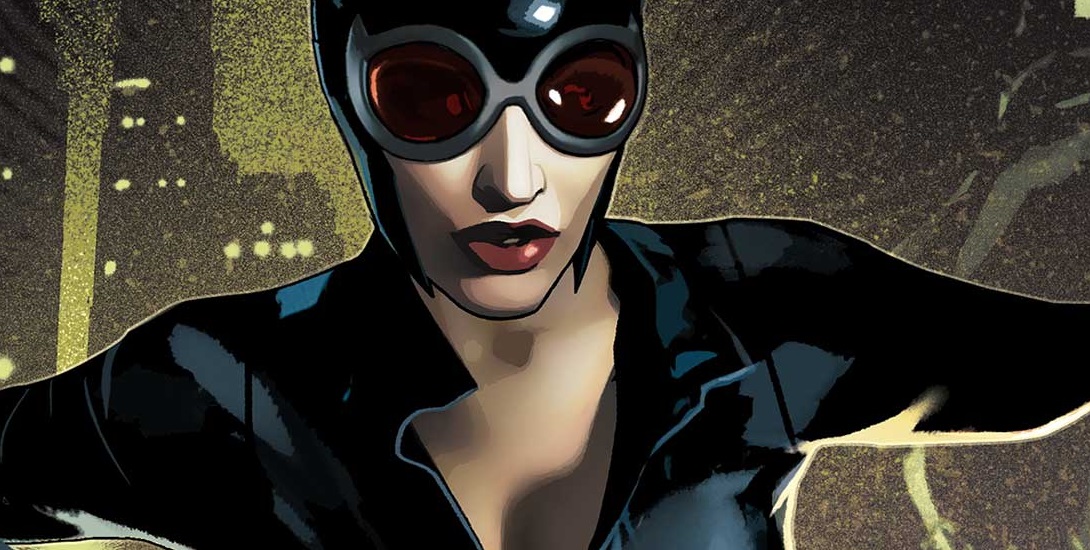 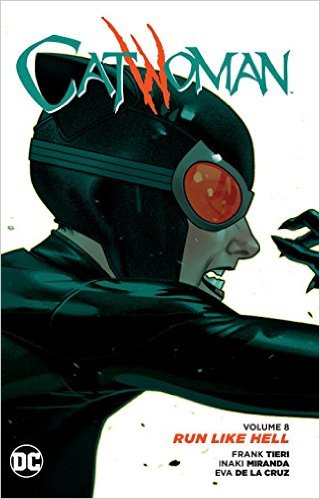 Although Catwoman enjoyed consistent publication for the entirety of The New 52 era – and it was one of the few – it wasn’t always one of the finest reads. Sure, the first dozen or so issues written by Judd Winick were great, but the series found itself in a bit of a quagmire for a while. Fortunately, Frank Tieri redeemed my favorite female character in all of fiction with a vengeance.

In Run Like Hell, Tieri puts the Selina Kyle as a mob boss era in the rear view mirror and gets her back to doing what she does best: Stealing jewels and scratching out peoples’ eyes. The tone is perfect, the visuals pop, and the narrative is absolutely gripping in this film noir-style tale of love lost, tested loyalties, crooked cops, and false faces. Needless to say, all the required ingredients for a quintessential Catwoman story are here.

When Selina takes a gig that involves stealing a priceless diamond, things take an unexpected turn as she is caught in a web of intrigue and deceit. What follows sees appearances from the likes of Batgirl, Penguin, Killer Croc, Clayface, Harley Quinn, and several others. Not only did their inclusion feel organic, but it’s also quite interesting to see how they all interact with each other when Batman is not around. We all know that Gotham City is pretty much a universe that can exist unto itself and this book illustrates that point exceedingly well.

That story arc smoothly segues into another that pits Selina against Black Mask and a divided False Face Society and also delves deeper into her past. She and Roman Sionis can never seem to go very long without butting heads, so I find it quite fitting that her New 52 run ended on this note.

As for the art, Inaki Miranda, who contributed most of the art seen in this volume, knocked it out of the park. Everything I said in the second paragraph of this review wouldn’t have been possible without his pencils or Eva De La Cruz’s colors. Her strategic use of shadows and bright colors were invaluable. The only downside was that some artists who had styles that were in a great contrast to Miranda’s contributed, making the transitions quite noticeable. This was probably because they had to meet deadlines and is not uncommon in the industry, but it was still a bit jarring, especially when one artist suddenly changes a character’s wardrobe without explanation.

It’s a shame that Catwoman has yet to be granted a Rebirth title, especially when it felt like Tieri was just getting this party started. If DC launches a new series focused on her in the near future, he should be at the top of their list when it comes to people sought to pen it. Or maybe he could relaunch Gotham City Sirens. After all, he handily proved that he could write for Harley Quinn most recently, so it’s something to ponder.

In case you couldn’t tell, Run Like Hell gets an enthusiastic endorsement from this lifelong Catwoman fan. I sincerely hope that many others pick up this book and share my opinion.