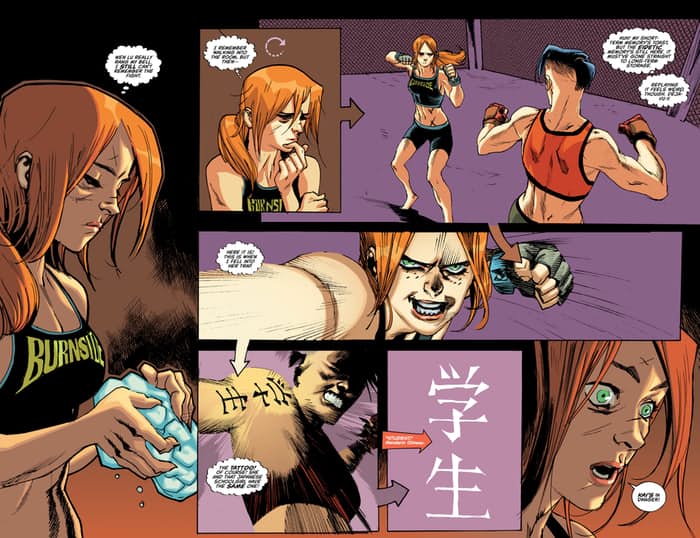 I really like the direction that Batgirl is going in. I liked the change of setting and the change of pace when this run began and I think this new series will ultimately prove to have a wider appeal than the previous one. Because this is still a superhero book, through and through. It’s not aimed specifically at a female audience, nor a male one. It’s not catering to anyone in particular. All Hope Larson is doing here is telling a story about a girl who is balancing being a superhero with any kind of normal life and telling it as realistically as possible. That’s what counts.

Barbara still shows all of the heart, all of that caring that she showed in the previous run. It’s all still there. But it’s also a more action heavy and somewhat more serious book, at least so far. 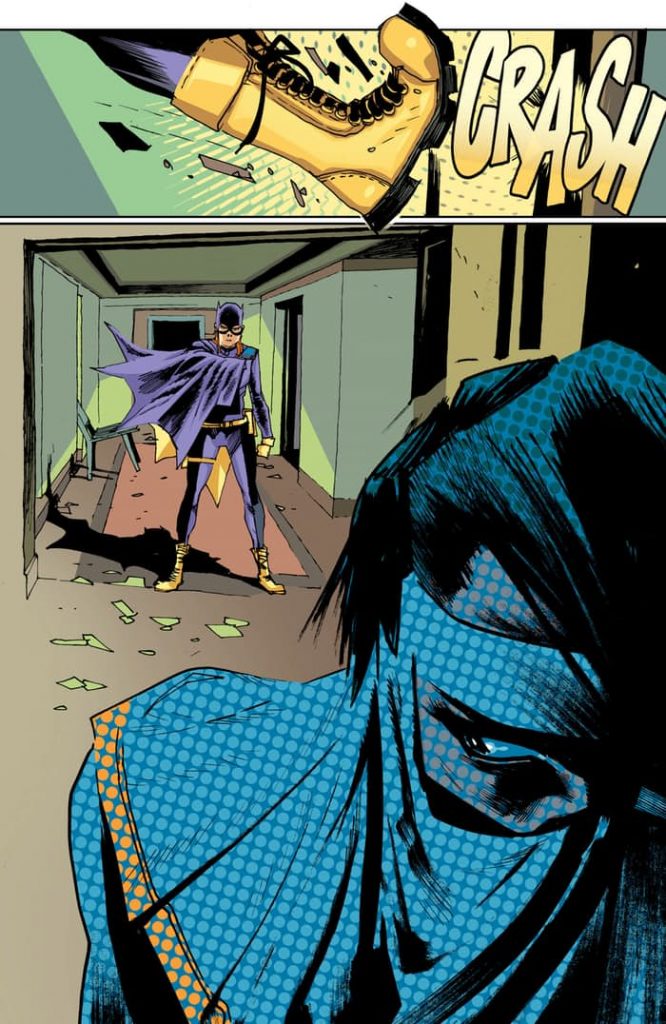 In the previous, Burnside-based run, Barbara spent most of her time apologizing to people, usually for things she did not even do. And she was willing to overlook just about anything anyone did around her. She was a never ending well of second chances.  That’s why it’s so refreshing to see her just leave Kai in the dirt when he proves to be untrustworthy. She gives him a chance to explain himself and, when he can’t do it, she just walks away.

That’s the Batgirl I love so much. I’m not saying I didn’t see that side of her in recent stories, but it was never as clear and focused as this. I look forward to more of this.

There’s a sense of maturity to this incarnation of Batgirl that’s really winning me over. It’s not that the previous version lacked maturity, but that was played more as a cute, bubbly twenty-something just trying to make it in the world and balancing hero work with friends and lattes. That worked, even if it sometimes felt like Manic Pixie Batgirl.

This feels like a very realistically and earnestly written young woman and I want more of it. On top of that, the international angle to the new series is awesome and I really want that to be the gimmick of this book. I want that to keep going. Barbara in Japan had echoes of Claremont & Miller’s classic Wolverine run for all the right reasons. Now she’s in South Korea and it’s a different environment and creates a totally different mood and atmosphere.

Every country would do that, and I think globetrotting would be both an easy and unique way to keep this series fresh.