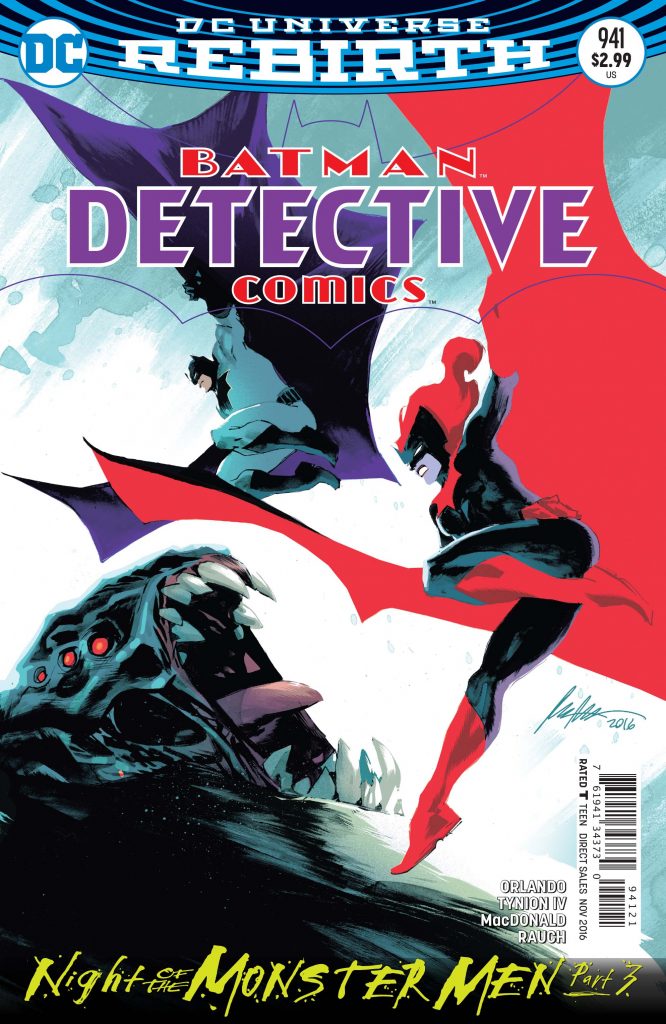 Picking up after the events in part two from Nightwing #5, Batman and Batwoman try to contain what appears to be a tokusatsu reject from taking a bite out of Gotham City. Spoiler and Orphan are trying to calm the nerves of evacuees in the caves, but they have a red sludge on their bodies making them want to tear into each other. Spoiler and Orphan deduce that the sludge may have a weakness. Nightwing and Gotham Girl meet for the first time as they try to combat the issues at Blackgate.

The team is still reeling from the apparent death of a teammate from the last issue. Batman seems unsure of his actions and is worried about the younger members of the group. Batwoman has to both lead the team AND bolster Batman’s confidence. While I applaud the writers for highlighting Kathy Kane’s leadership skills, I think they are making Bruce overthink too much. Not to make the loss of a teammate sound glib, but it’s not the first time. And chances are, it won’t be the last. Even more probable in comics like soap operas, characters once thought dead come back to life. 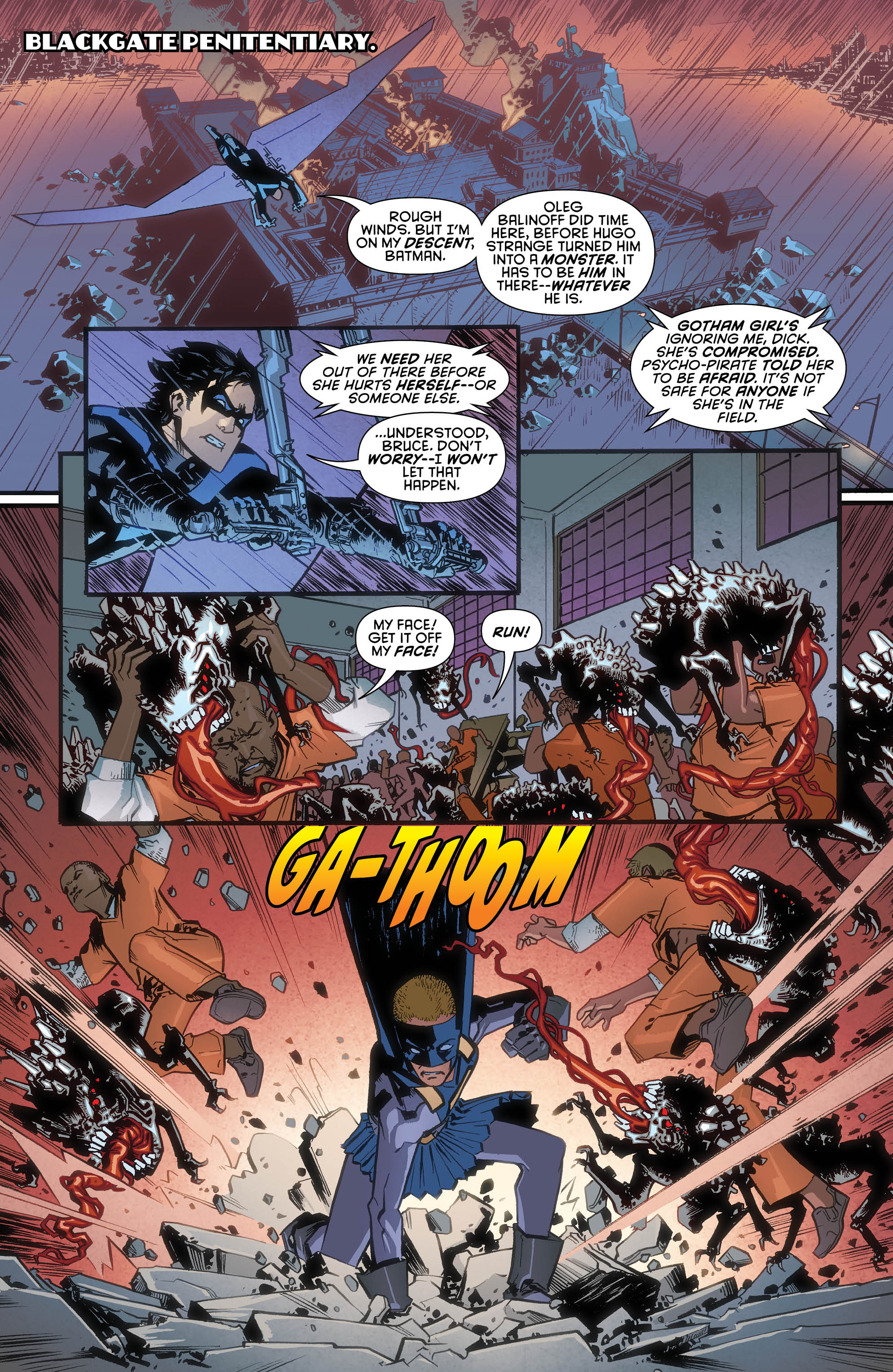 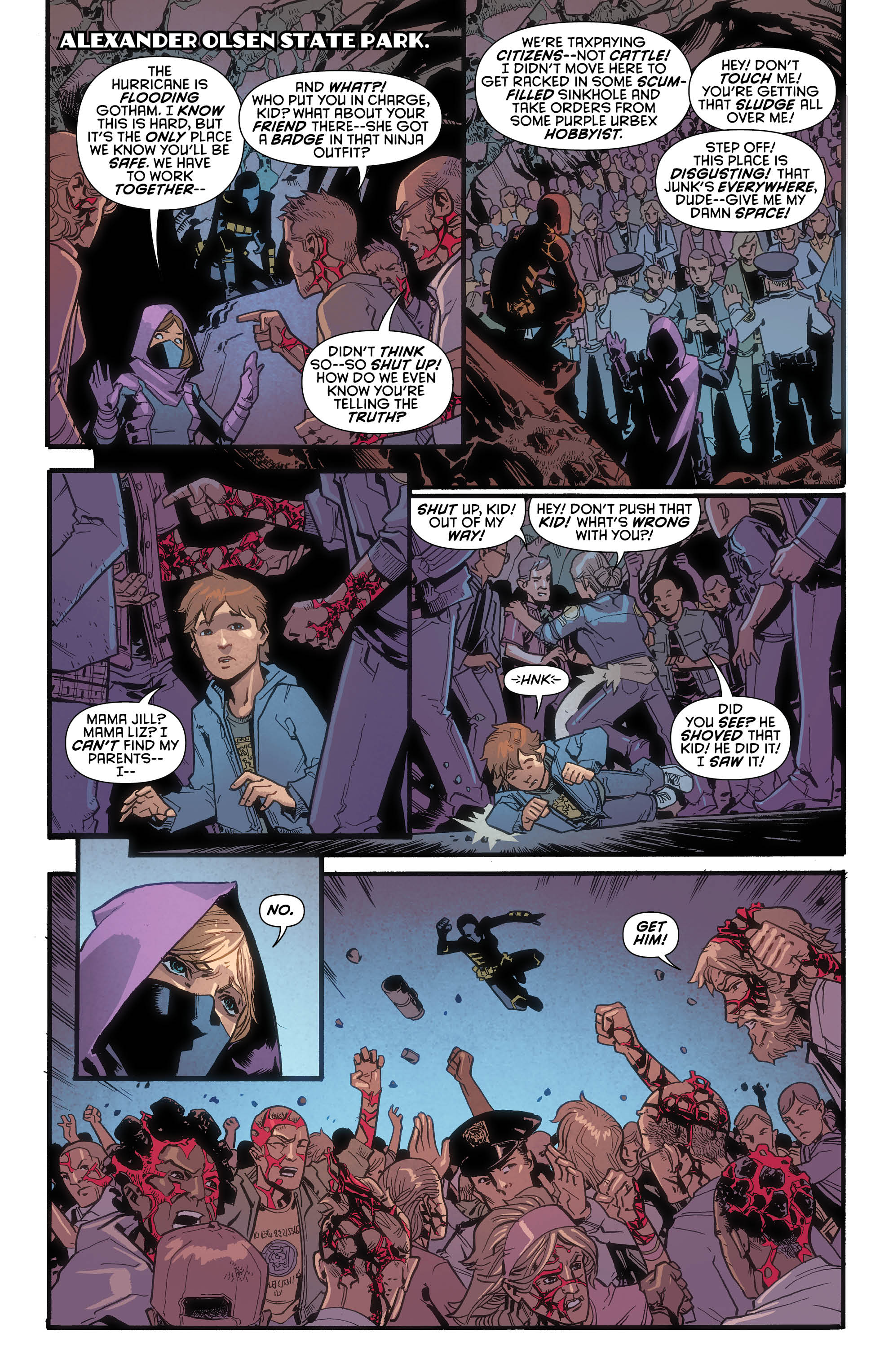 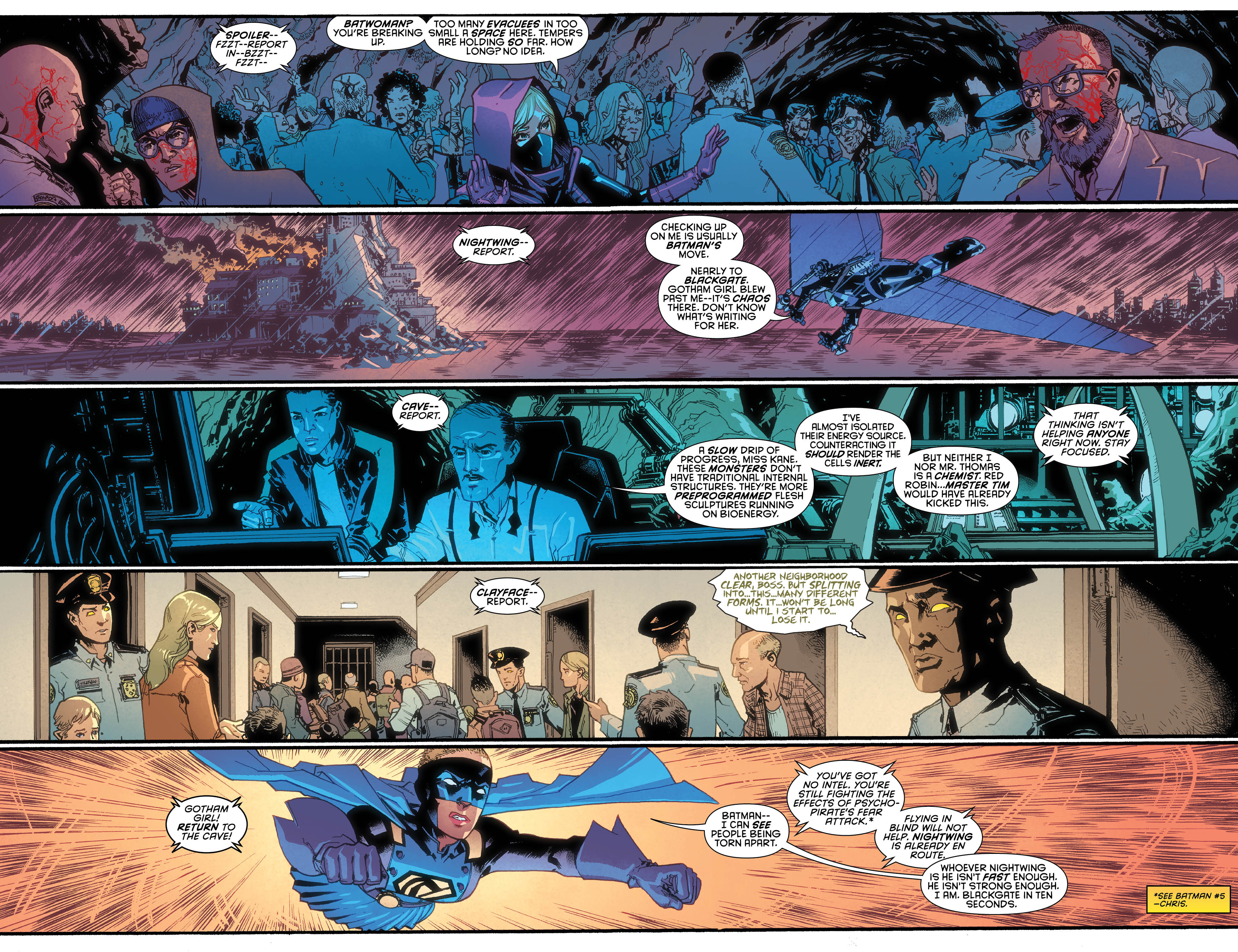 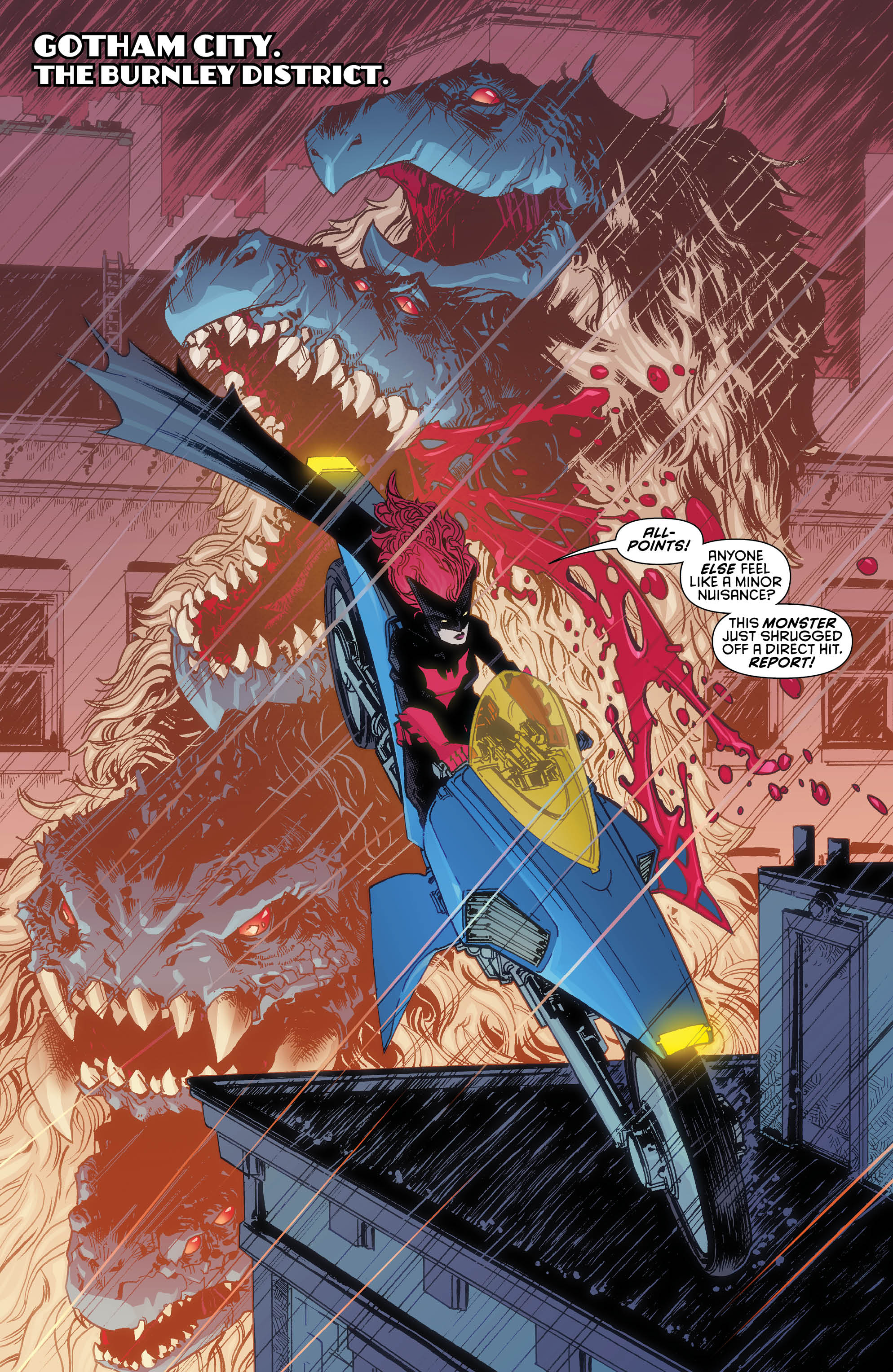 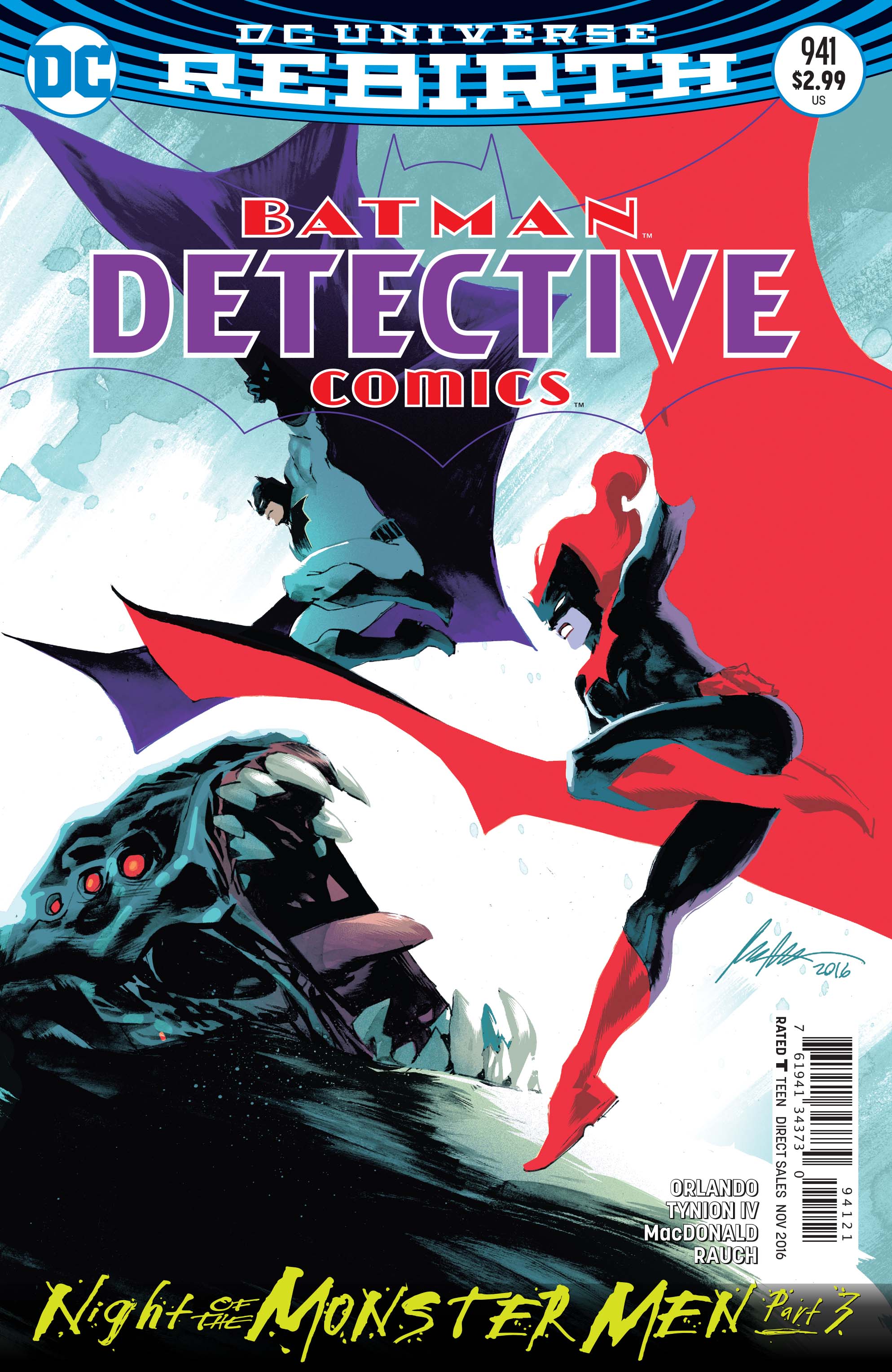 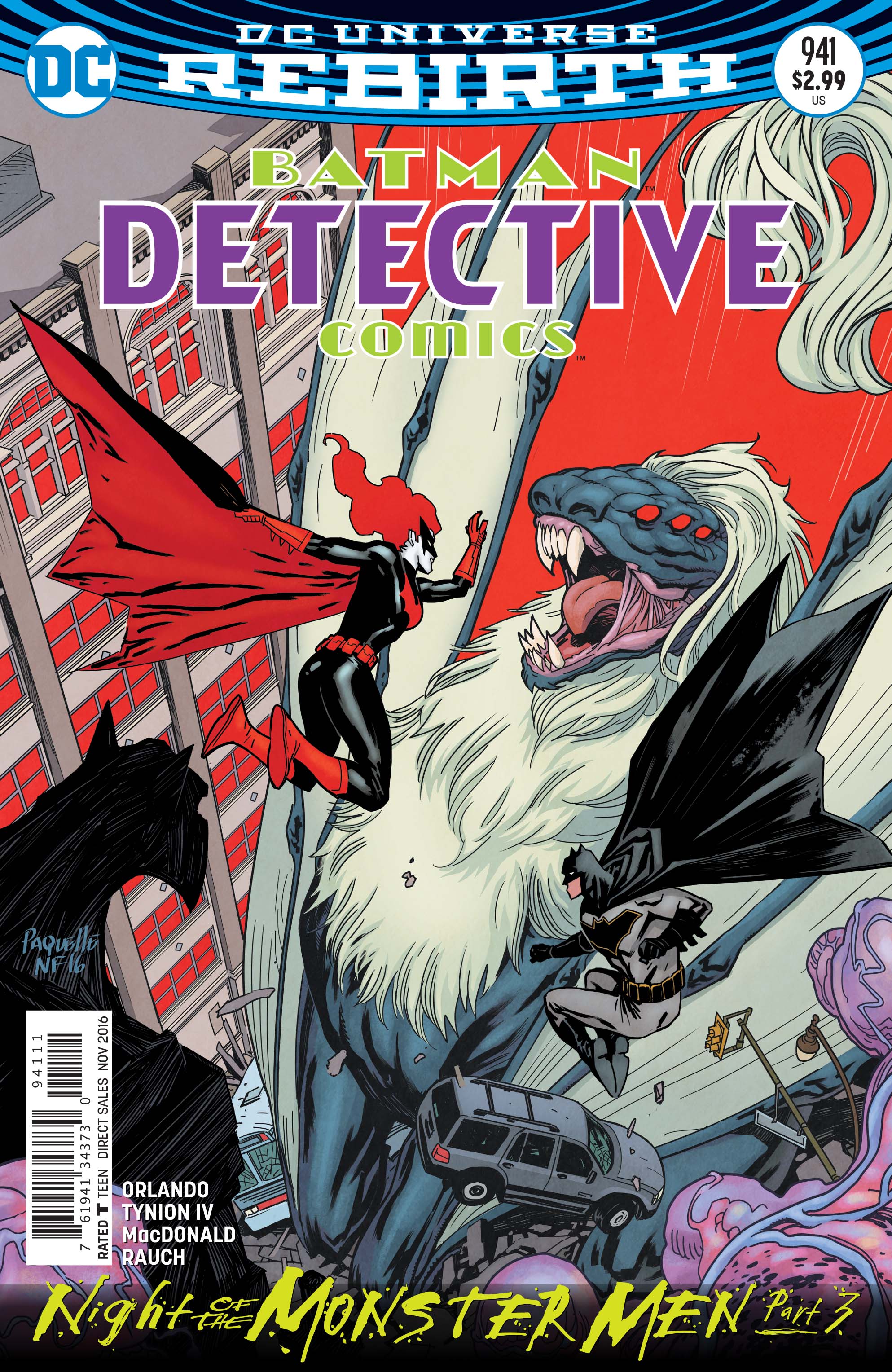 Andy MacDonald’s art is very complimentary to this issue. It has an edgy, yet refined look. And it fits very well with the theme of this series and the world of Batman as a whole. From reading this book, I can tell that Jason Tynion IV is assisting Steve Orlando in bridging the gap between #940 and #941. I enjoyed Spoiler and Orphan having their “ah ha” moment, as well as Batwoman’s trust that they could handle their current situation. I don’t like how both Nightwing and Batman are portrayed like second stringers in this arc. I feel that both male and female characters should have equal authority and power in this series. Going forward, I help we will see more of what makes Bruce Wayne and Dick Grayson the ultimate Dynamic Duo still today.

Though this issue has some minor hiccups, they’re not enough to deter me from seeing where this ride goes. I am anxious to see how this new and recently damaged “Team Batman” fend off the latest threat from Hugo Strange.