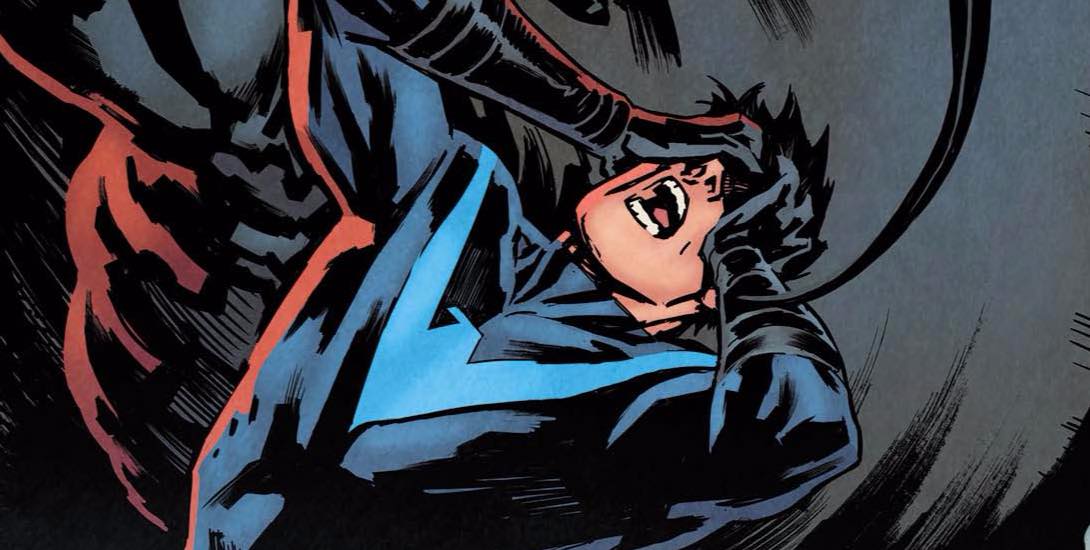 With his comic embroiled in the middle of the “Night of the Monster Men” crossover, it is up to Nightwing to investigate how deep Hugo Strange’s monster plot goes.

Upon initial reading of the issue, I was afraid that Nightwing was going to be sidelined in his own comic by Batman. The first third of the issue has Batman and Batwoman taking down the second of the Monster Men and getting a cool reader-pleasing scene. Fortunately, that was not the case for long. Nightwing definitively takes the spotlight in this issue and drives the crossover’s plot as he uncovers important details of Hugo Strange’s plan. What is more heartening are the subsequent scenes of Batman acting as a character foil for Nightwing. Little things like that give credence to the fact that this is indeed a comic starring Nightwing and not just a Batman-story that happens to have Nightwing in it. 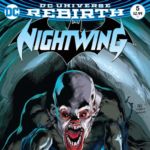 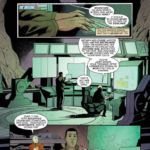 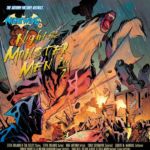 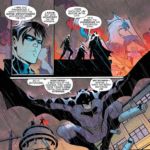 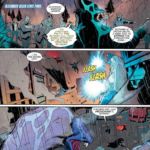 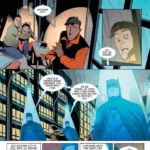 Unfortunately, this issue also continues the plot thread from the previous story arc of Nightwing, where Batman and Nightwing butt heads over Batman’s apparent trust issues. In an effort to create dramatic friction between the two characters, it actually makes both of them look bad. Batman comes off as compulsively obstinate and Nightwing sounds more like a petulant teenager rebelling towards his parents.

On the art side, Roge Antonio lends his pencils this issue. His art is serviceable here. There is nothing that really pops, nor were there any egregious flaws. The one artistic nitpick is that Gotham Girl looks manly. I mean- I know she went crazy when she lost Gotham and shaved her hair- but certain scenes show her with a manly build.

This issue is not only a solid entry in the “Night of the Monster Men” crossover, but also maybe one of the better issues of Nightwing despite a backward characterization of Batman.